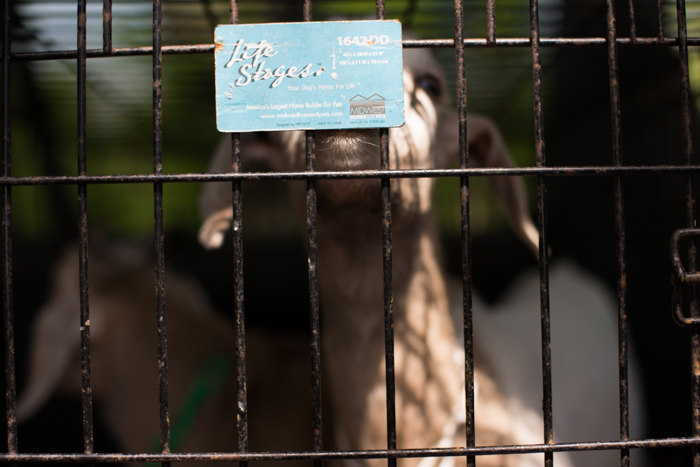 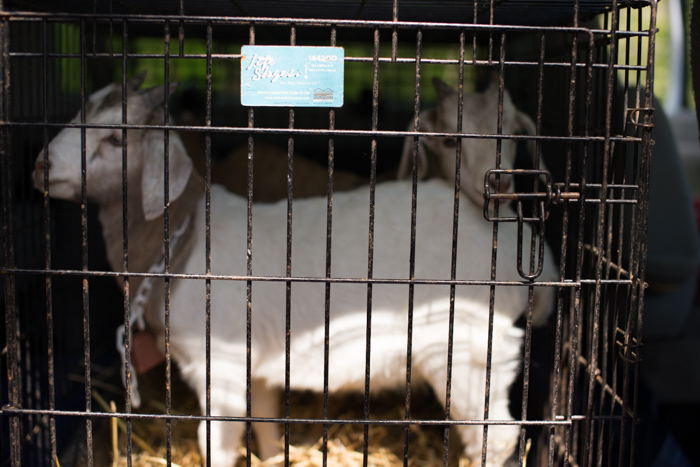 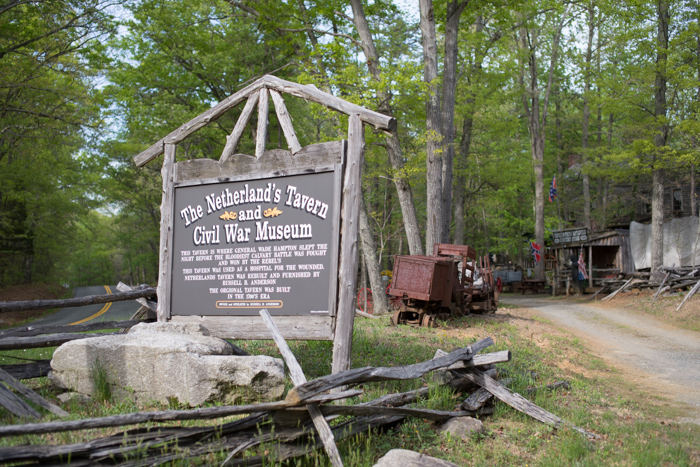 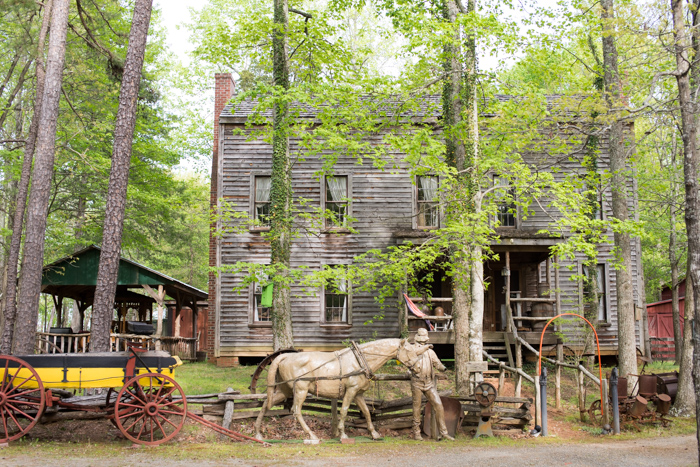 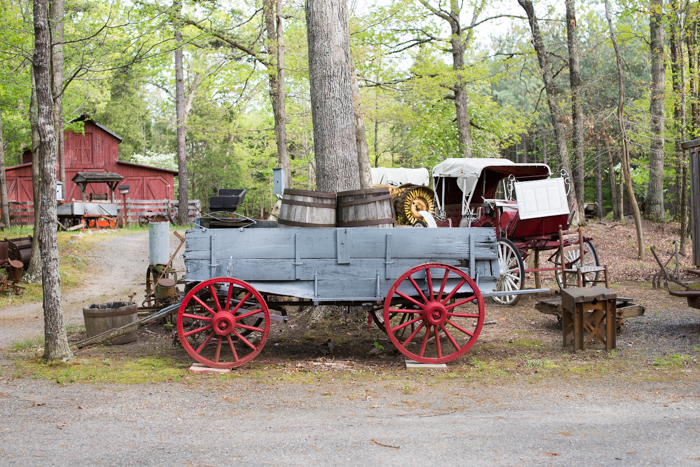 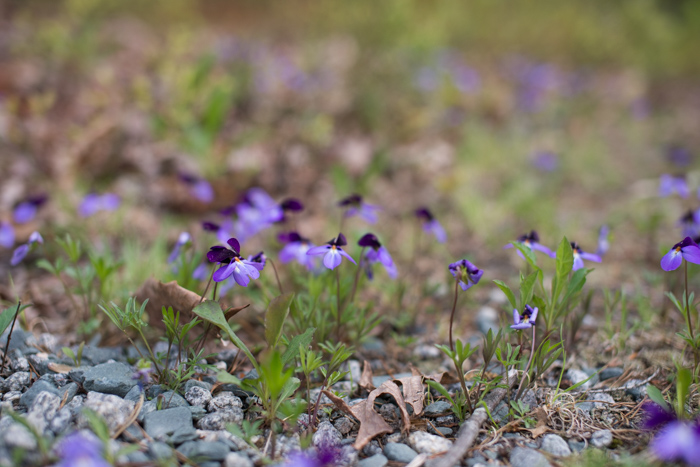 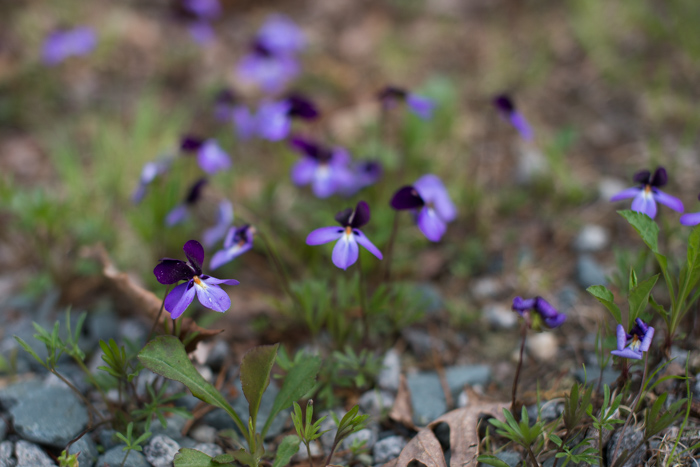 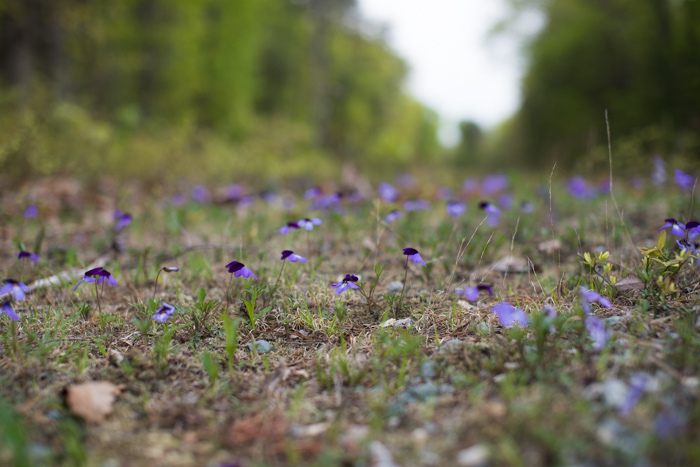 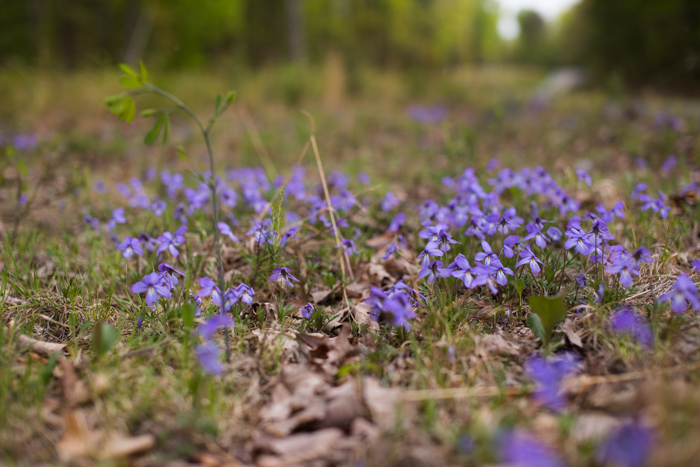 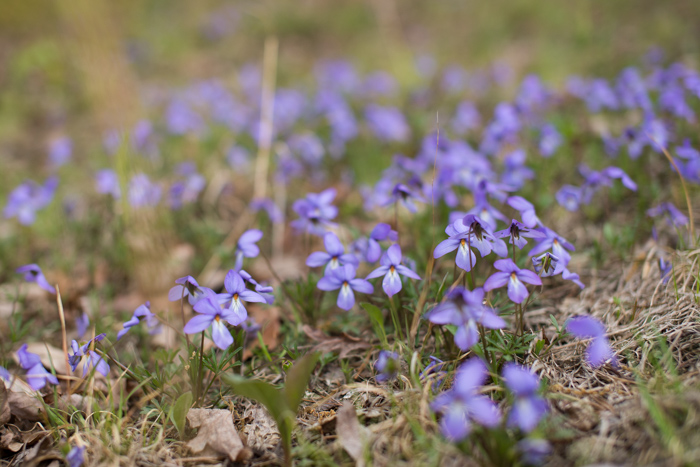 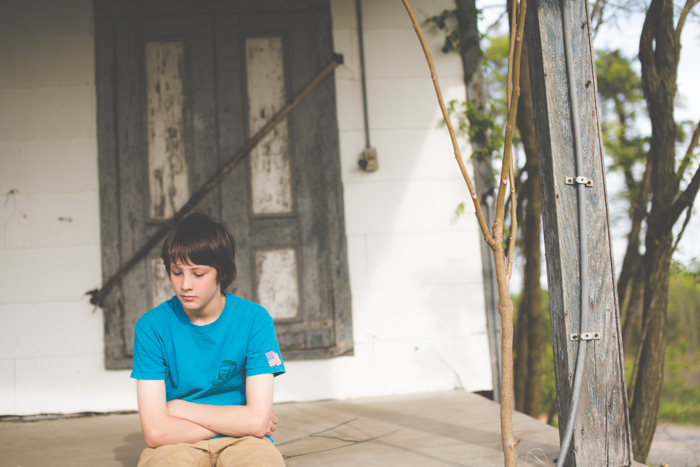 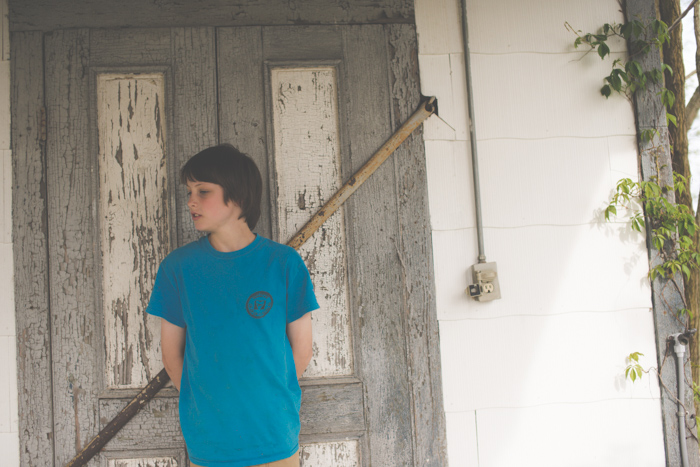 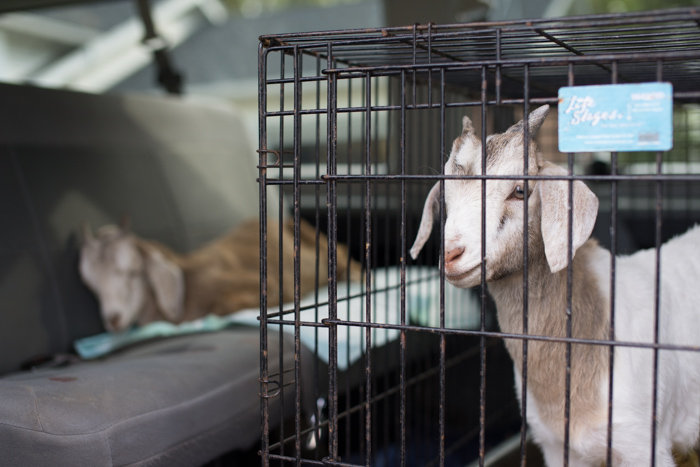 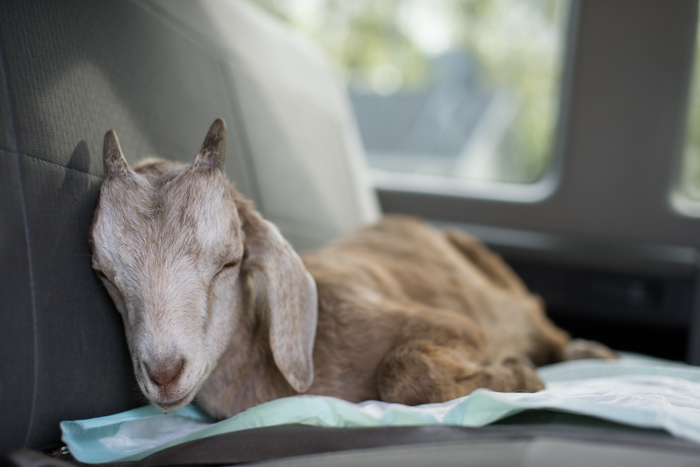 Yesterday, Keats accompanied me on a small trek across three counties to visit the vet.  It was supposed to be “snip” day for Robin Hood and Little John.  Little John got a pass, but will have to return in a few months for a more invasive process because he is a cryptorchid (sigh.) We knew his condition heading into the appointment, but didn’t realize the vet would want to give it some more time before performing the surgery.  Anyway, this is probably too much information in the goat health department, but I wanted to explain why only Robin is pictured recuperating on the back seat of the van.

When Keats and I headed out for this appointment, I had no idea what to expect, having only taken dogs and cats to the vet in the past.  The vet we saw typically does house calls, but the fee for her to come out to our area is pretty high, hence the drive on our part.  She essentially had a mobile clinic in the back of her truck, and performed the surgery there.  She explained everything she was doing, and was completely comfortable with us watching.  I was really impressed with her manner, and with the way she cared for Robin.

I waited in the van with Little John because he is a baby, and cries if he’s left alone for two seconds.  I also knew that there was no way I wanted to watch the procedure on Robin.  The combination of cutting, and blood, and private parts is definitely not my thing.

Keats, though.  Keats watched!  I kept reminding him to sit down if he started to feel funny.  The only move he made was to shift to get a better view.  I was nervous for him, because I think that I would actually pass out if I watched something like that.  I can’t even look at any of the scene surrounding having my own babies, and that is despite the fact that five of them have been born at home.  I guess I can deal with pain, just not the sight of blood or parts.  Robin was anesthetized, but I was still afraid he would cry out.  (He didn’t.)  With hands that were literally shaking, I was able to knit two rows from start to finish before the vet called out to me, “He’s all done.”  I braved looking at that point, and even took a few photos to share with the family back home.  Be thankful that I’m not sharing them here!  We don’t want this blog becoming that educational, right?  (Ginny, could you please just write about flowers and pretty things, or maybe some knitting?)

Before yesterday if you asked Keats what he wants to be when he grows up, he would have replied, “A professional baseball player or a violin maker.”  Today he would probably add, “Large animal vet” to that answer.  And that makes me feel so thankful that he was able to gain that little peek into veterinary medicine, and that despite the fact that it was a pretty unpleasant procedure he observed, he was fascinated rather than grossed out.  And you know what I’m thinking, right?  I’m totally wondering whether or not he might be able to accompany the doctor on her rounds someday:  the ultimate homeschooling experience.

Sometimes homeschooling really stresses me out.  But on days like yesterday I am just really grateful to be able to place my kids, even if accidentally, into the path of things that might just become passions for them.  And as my three boys are getting older, I find that this is exactly the way my mindset about education is shifting.  I am less worried about the conventional aspect of their education, (though they still have to do their math and English, etc.).  I am far more concerned though with paying attention to their strengths and weaknesses, the things that they get excited about, where their interests truly lie.  I am wondering how I can get them into places where they can obtain hands on experiences, experiences that might shape their futures.  Because I would love that they end up with jobs they love one day, jobs that do more than just pay the bills.  Don’t we all hope for that?

(And yes, Keats and I stopped to smell the flowers along our way.  He and I are very good at doing that together.)