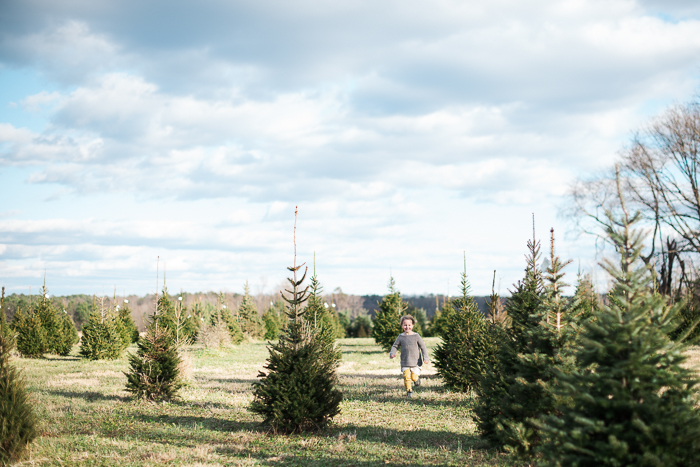 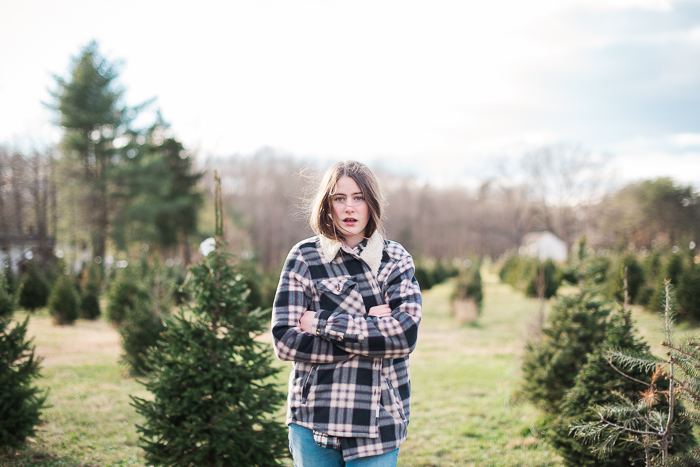 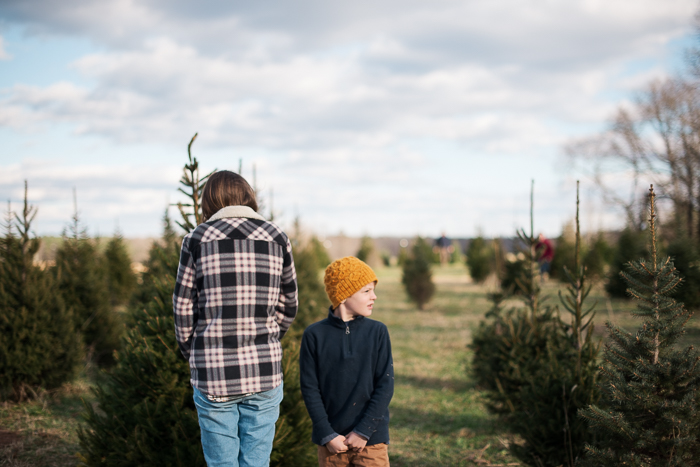 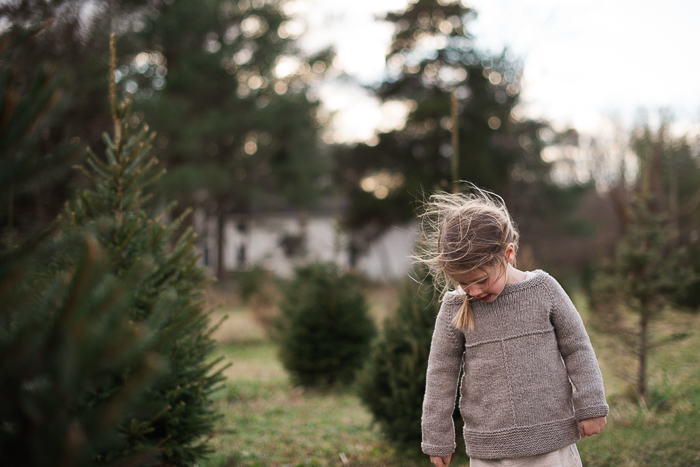 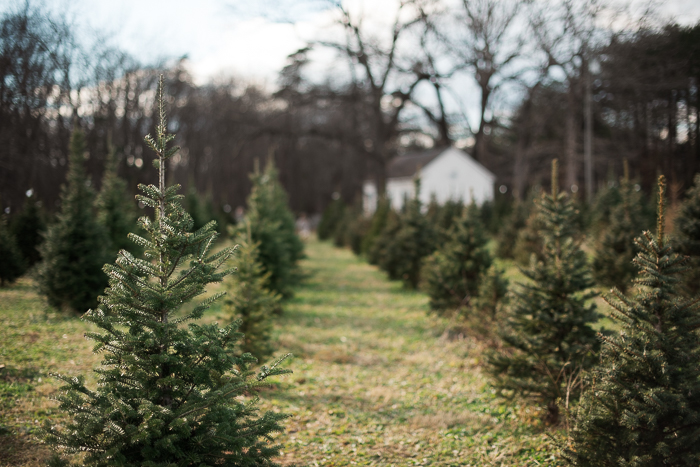 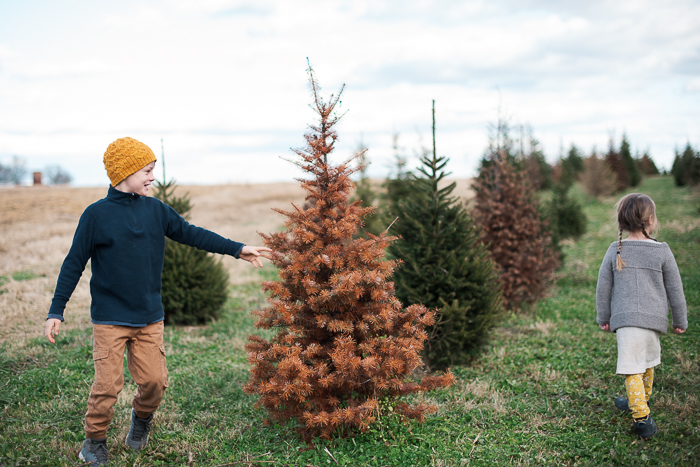 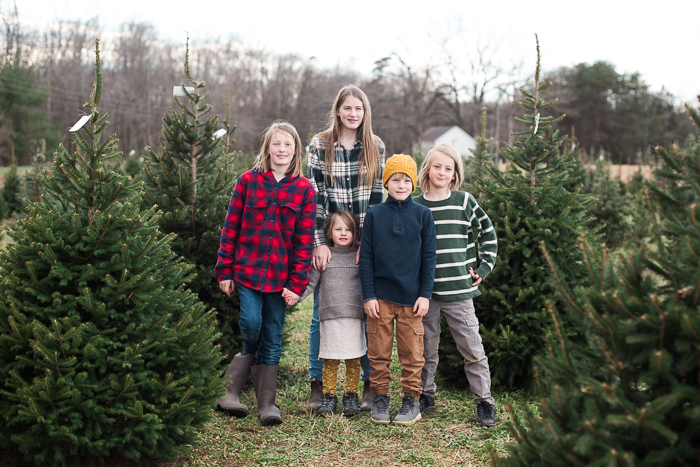 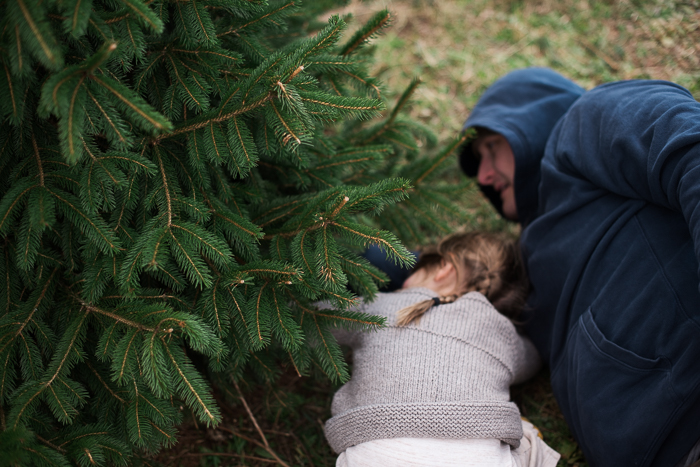 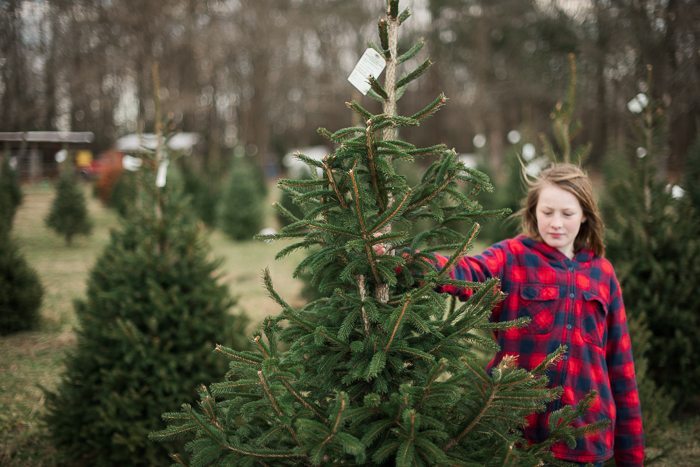 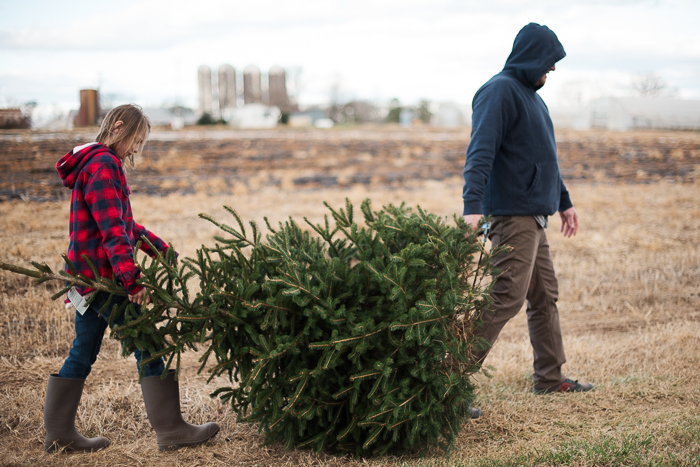 Hi! Merry Christmas and Happy New Year! I meant to post so much sooner, but it’s been an exhausting month. I hope you won’t mind a couple of Christmas posts. We are still in the midst of our Christmas season!

Every year, we buy our Christmas tree a few days before Christmas. We don’t have a tradition as far as where we buy it. We watch the farm stand down the road and sometimes buy from them on Christmas Eve when they mark them down. This year their trees were more expensive than usual, and most of the other local tree stands were sold out long before Christmas. So, we found ourselves driving to a local farm to cut a tree, figuring if we were paying more than usual, we wanted a fresh tree that would last. I should add that we’ve gotten lucky and had some rather large trees in recent years, and I think those trees spoiled our children as far as Christmas trees go. In their minds, bigger is best.

When we got out of our van at the farm it was very cold and windy. That didn’t stop our kids from carefully examining all the trees. It didn’t take long for them to declare that they were all too small. For the more dramatic in my family, a small tree practically meant a horrible Christmas. I wasn’t aware that I had raised my children to believe that Christmas is all about the tree (I’m being a little dramatic here too. They don’t think that, but I gave them a hard time for their attitudes.) As far as the small trees went, I didn’t mind at all. I thought they were pretty and liked the idea of a tree that could fit in the back of the van rather than needing to be strapped on top. I just wanted a pretty tree, and there were plenty of pretty trees. As silly as I thought some of my kids were acting over getting a smaller than usual tree, I have to admit that I often get stuck in thinking things need to be a certain way in order for them to be “good” only to realize later that different than what I imagined is fine. Tree aside, Christmas this year was very different than what I imagined it would be, but it was still Christmas and it was good. As far as our little Christmas tree goes, it’s actually not that small. We brought it in on Christmas Eve and decorated it as we do every year. I’m working on Christmas photos and will post them soon. I have lots and lots to share with you over the next week or two (not all Christmas related).

I confess that I am a little nervous about what 2021 will hold. I think for us this will certainly be a year of taking things one day at a time and focusing on the small things.