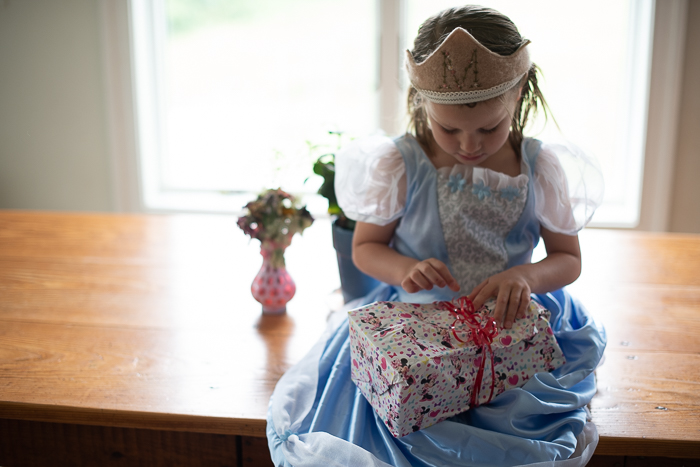 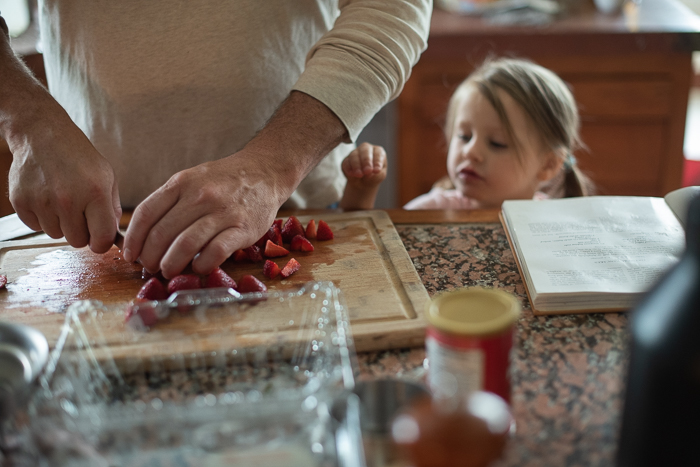 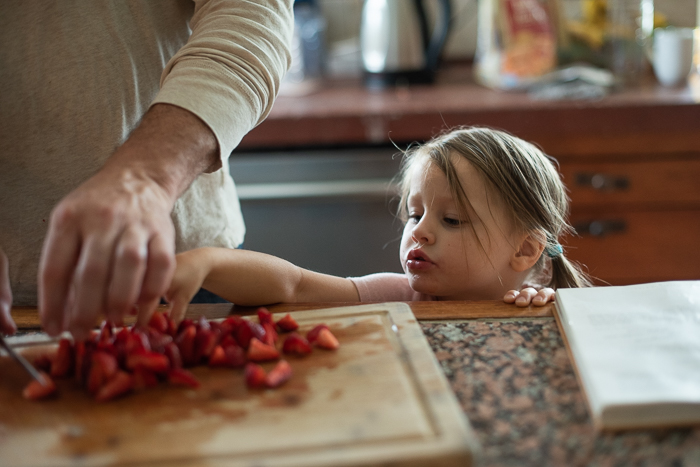 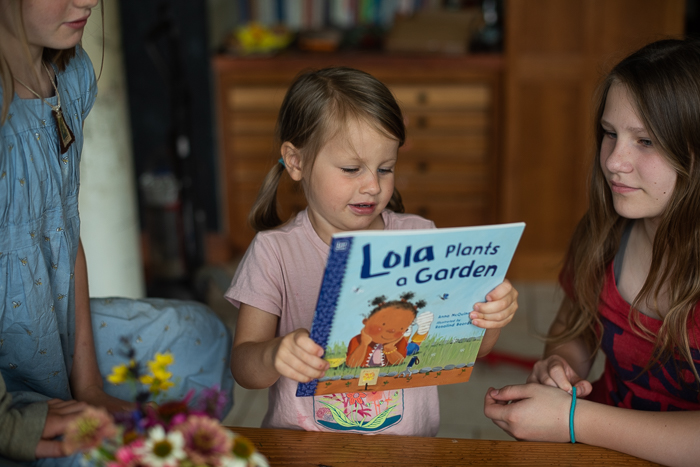 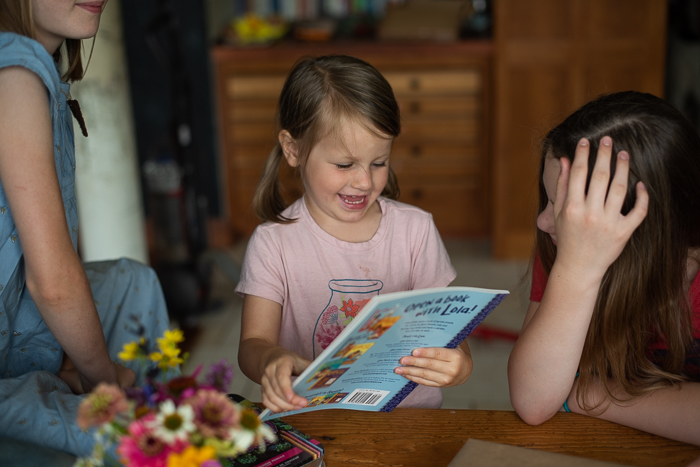 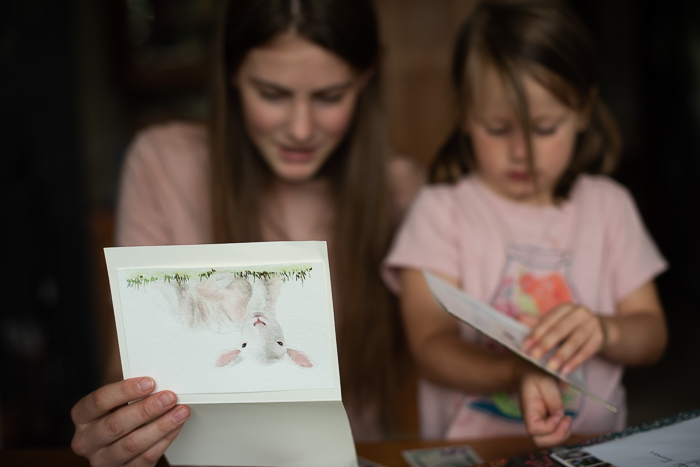 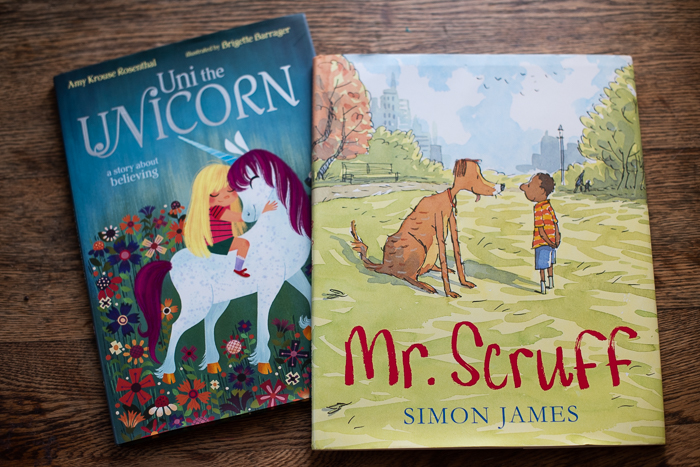 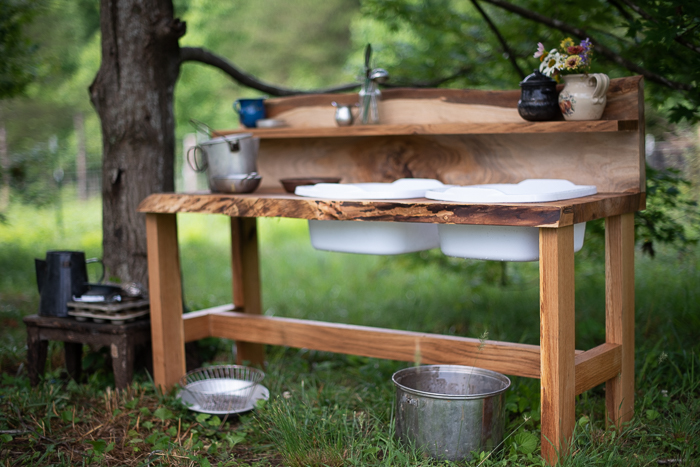 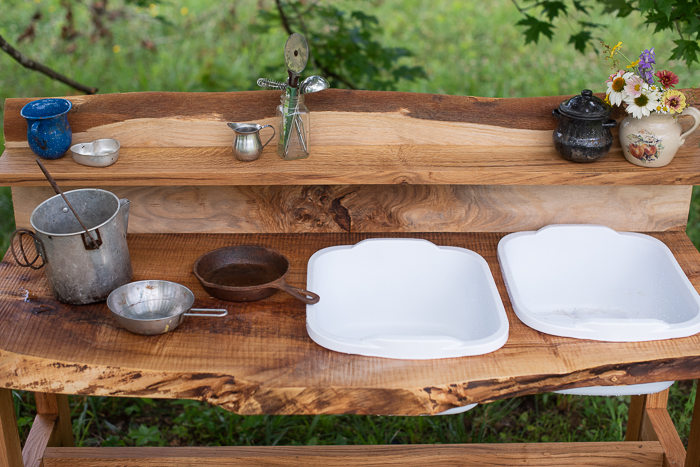 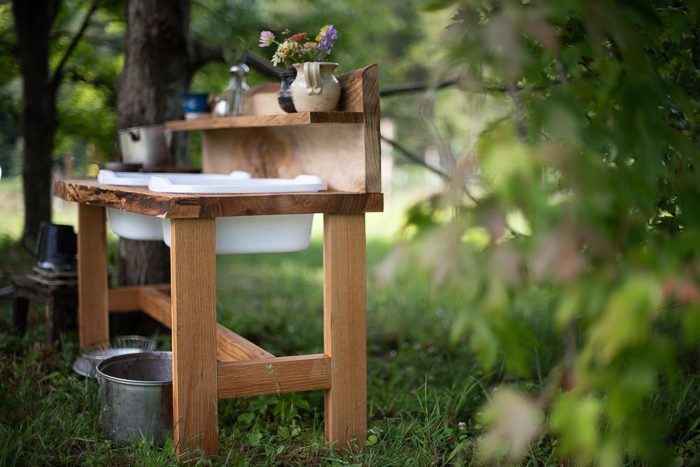 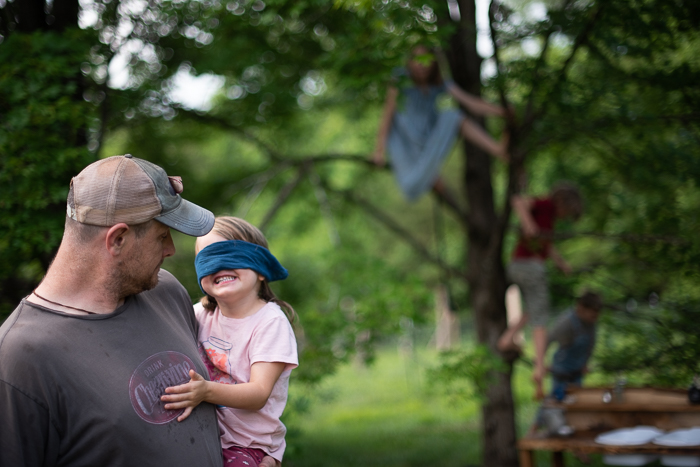 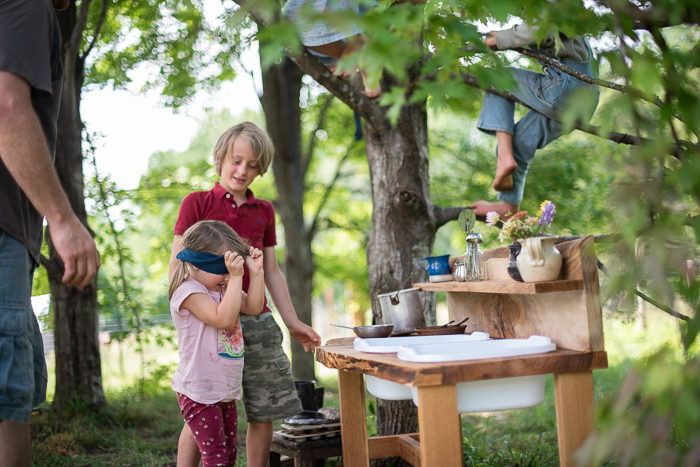 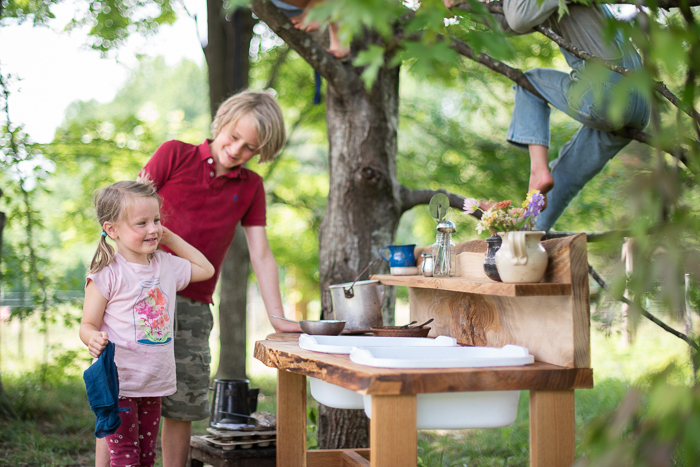 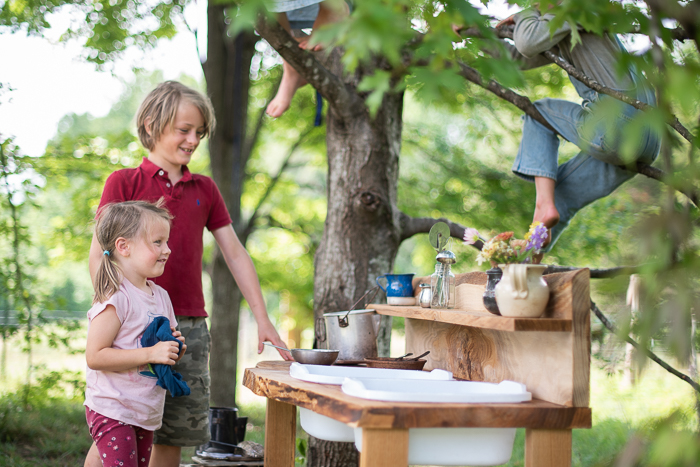 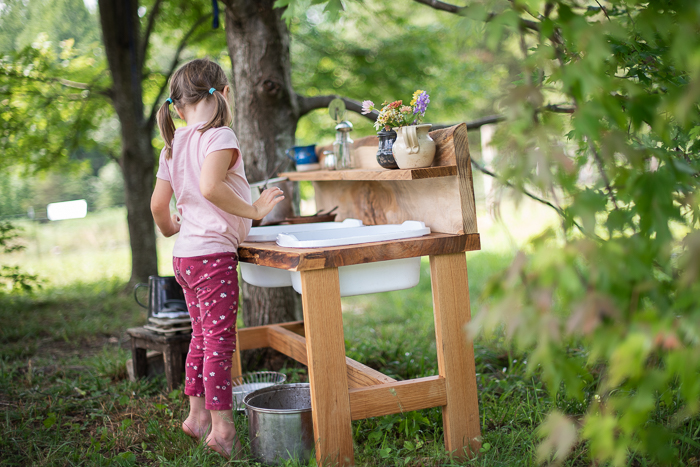 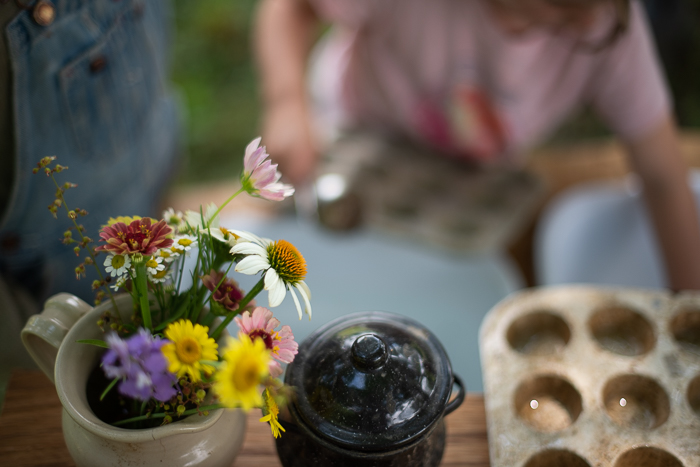 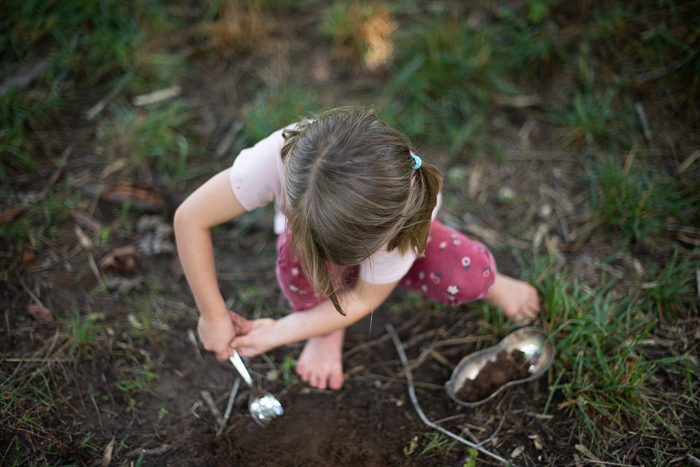 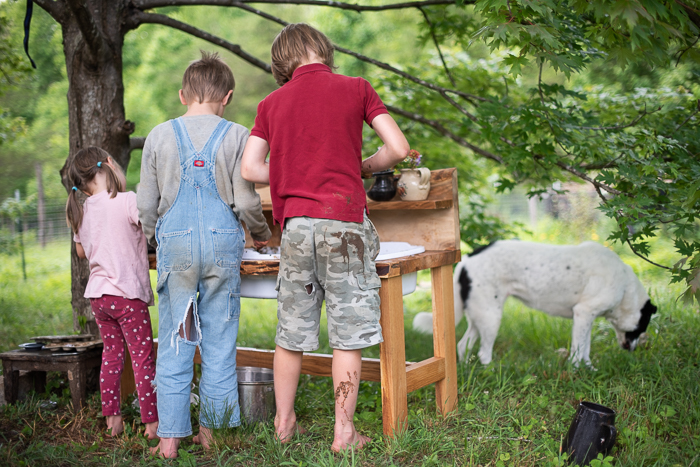 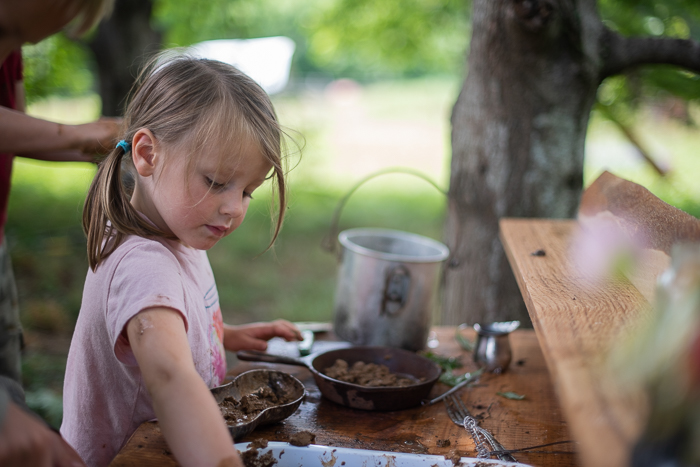 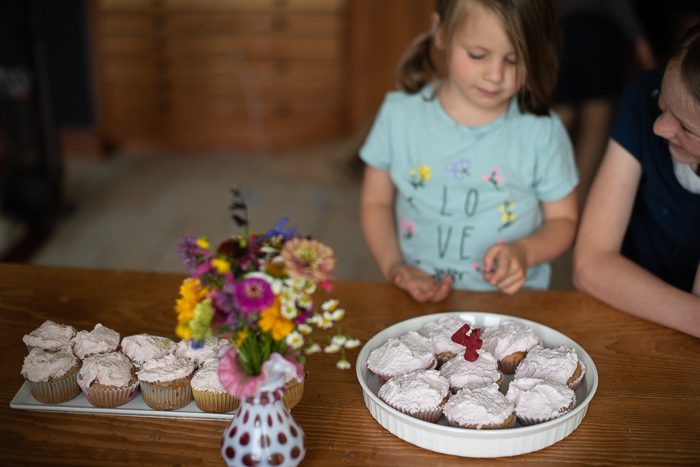 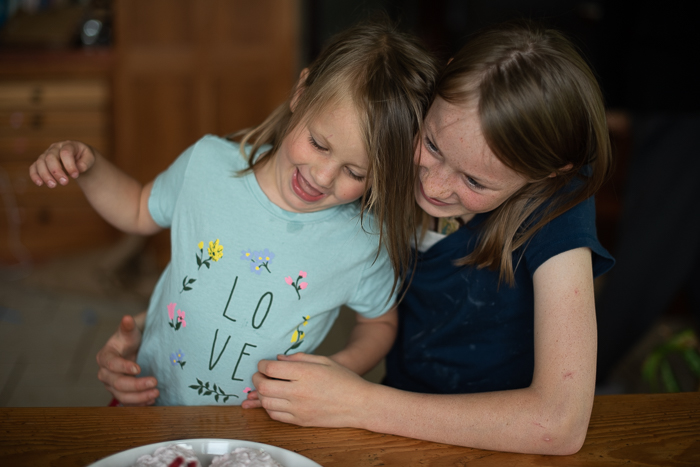 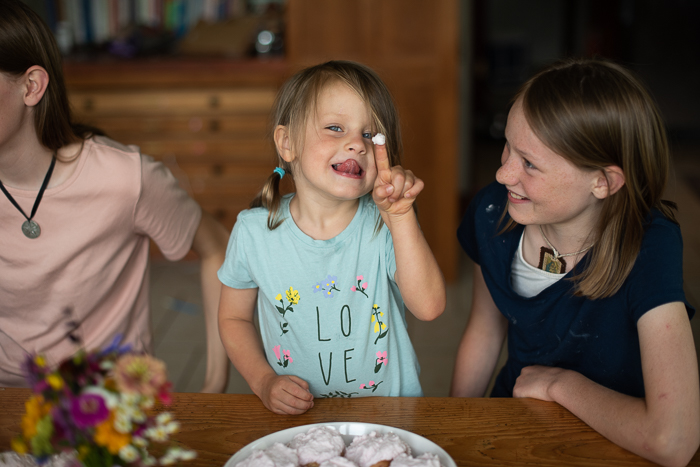 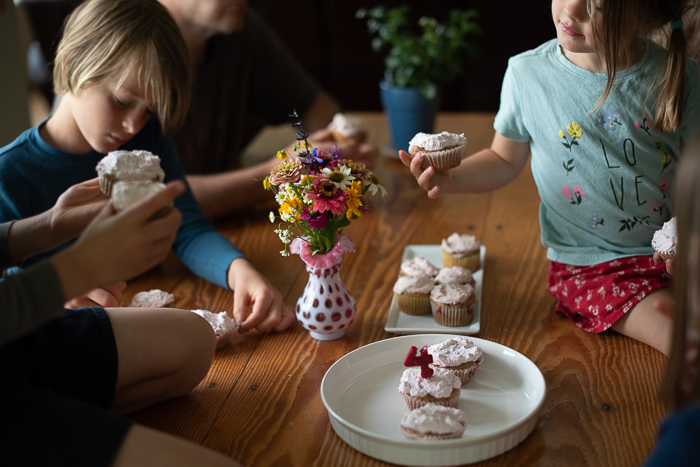 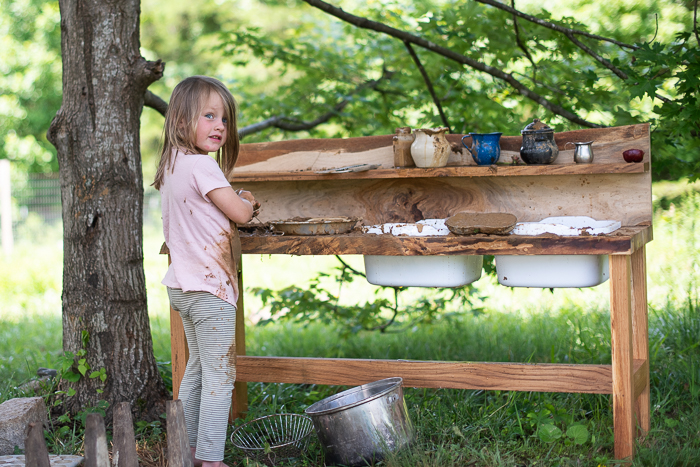 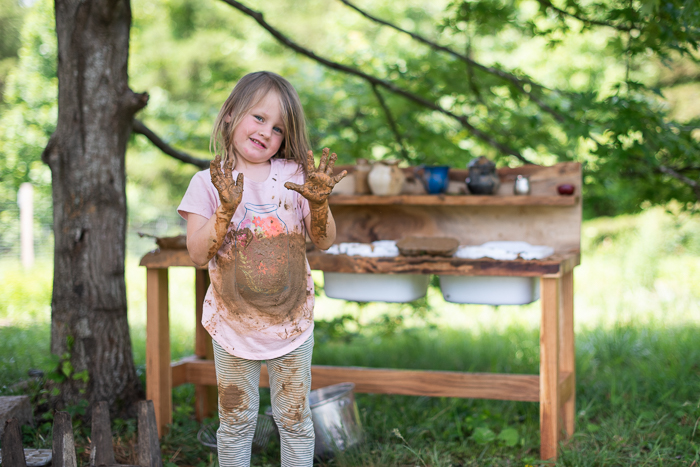 This year was probably the first that Mabel really understood that her birthday was coming and what that meant. In the days leading up to it, she asked over and over again how many times she had to go to sleep and wake up before it would be her birthday. She was so excited. She requested that her “Auntie Istra” be with us for her birthday, so I picked her up the day before for a sleepover. It was the first one in many months so all three girls were excited. When a package from Mimi arrived, wrapped in Minnie Mouse paper, Mabel asked me if she could open it. I told her she had to wait until her birthday the following day. She didn’t complain, just replied, “Otay,” and went about her business.

That night ended up being a late one, with Jonny heading upstairs to read to the boys well past nine o’clock. I told Mabel to head up with them because I needed to start wrapping her birthday gifts. She knew that she wasn’t supposed to see them. Larkspur, Beatrix, and Istra settled down on my bed to watch a bunny lady video, and I started pulling Mabel’s gifts out of my closet. I also brought out our “Summer” puzzle. I ended up sitting down to watch the video with the girls (fascinating stuff), but after a little while suggested that they head upstairs to bed. There wasn’t room to wrap gifts with the three of them in my bed and it was nearly ten o’clock. They reluctantly went upstairs and down the hall to the boys’ room to get Mabel. Only Mabel wasn’t there. And she also wasn’t in the girls’ room. They yelled down that they couldn’t find her. I looked under my bed, wondering if she’d been hiding out all along, though that wouldn’t be like her. I started to panic and then I completely panicked. Like, lost my mind. I yelled for Keats to start looking then ran to the basement to get Seth to help. I think Gabe must have been working in the garage. I raced up and down stairs screaming Mabel’s name. We were all shouting for her. I was sure that something terrible had happened. Silas started crying and collapsed on the floor. The thoughts going through my head were that she was either dead or kidnapped, but I kept that to myself. Mabel never wanders off. She wouldn’t have left the house alone at night, though Beatrix ran outside with a flashlight to check the area where they had been playing earlier, just in case. I learned later that while I was certain that the worst had happened, others were thinking more logically. She had probably fallen asleep somewhere. And sure enough, Lark finally found her asleep in a pile of coats on the floor of the coat closet outside my bedroom. According to Seth the entire search lasted about a minute. It seemed much longer to me. At least five minutes. Thankful and relieved and still a little out of my mind, I carried Mabel up to bed and then headed to the little boys’ room to say prayers. My legs were wobbly and I had a hard time not crying. I don’t know why I panicked as I did. I think it must be stress and also a history of accidental deaths of those I love: my stepmom, my friend Sarah. Maybe I’m just a person who always assumes the worst and panics. I don’t want to be.

The following morning Mabel told the girls that she had walked into my room the night before and saw the Summer puzzle. She thought that it was her birthday present and that I would be upset that she had seen it so she hid in the coat closet. I don’t know why she thought I would be that upset if she saw one of her gifts. I guess all the having to wait till her birthday for presents made her think that was extremely important.

Amongst her birthday presents were a doll baby from Mimi, a pile of books from me (because the library has been closed forever) and a mud pie kitchen from her daddy. And really this whole post would have been about her little kitchen had we not had that scare. Jonny has so much work to do, but each evening the week before Mabel’s birthday he snuck up the hill to his workshop to work on her mud pie kitchen. Mabel joined him once, oblivious to the fact that he was making something for her. She loves to make mud pies and I know that her little kitchen will be loved for many years.

p.s. Based on the number of times she’s asked me to read it, I’d say Mr. Scruff was her favorite of the books she received. But she also really loves Lola books and Uni the Unicorn. (affiliate links) 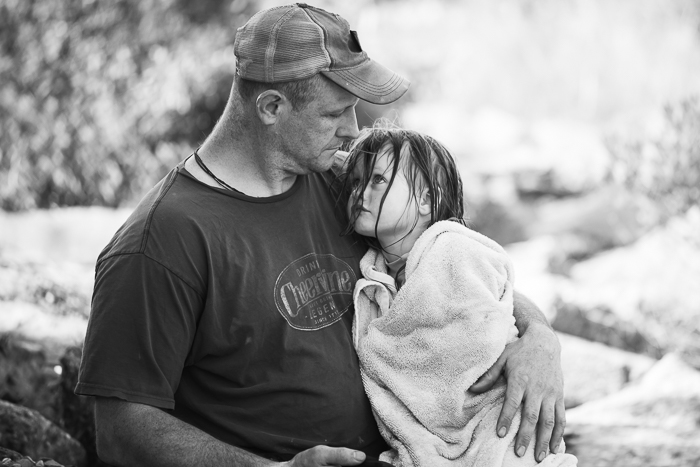