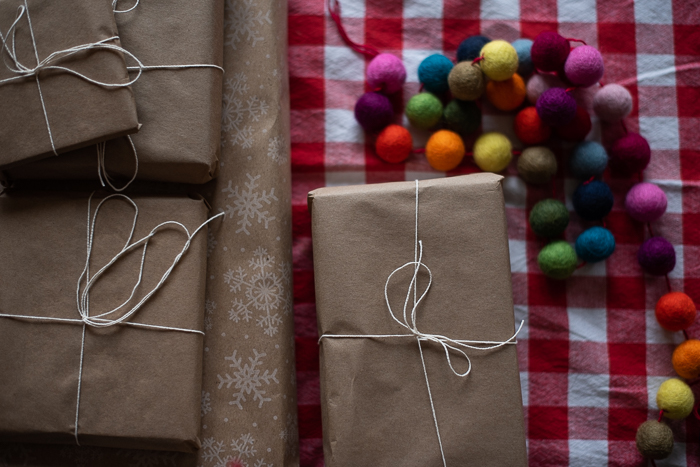 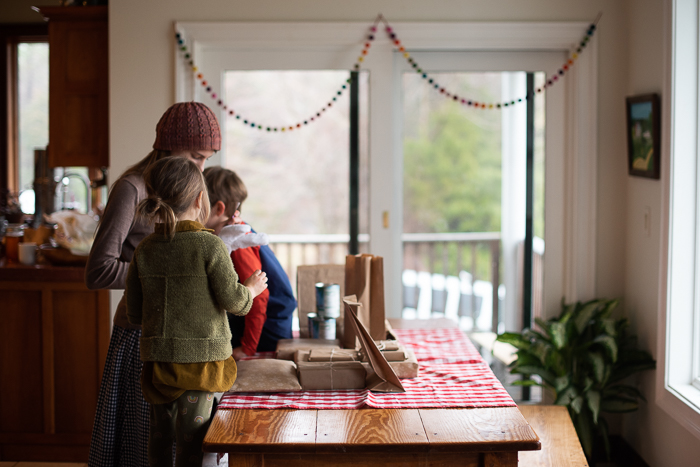 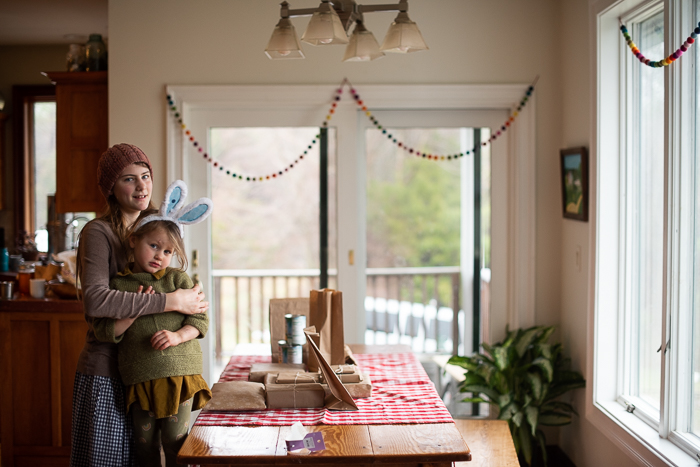 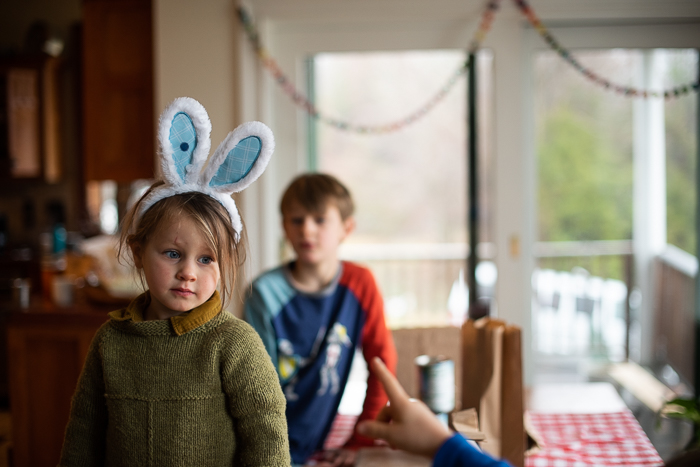 Keats turned seventeen last week and Jonny made a morning run to the grocery store because our younger kids wanted to buy him last-minute gifts. They bought him cheap soda and junk food to give him alongside the canned pineapples I had purchased the day before. Jonny is decorating his office with thrift store art so they popped into the Goodwill where Mabel picked up a pair of bunny ears. They still had their tag attached and I suspect they were donated because of the big ink stain on one of the ears. Why else would someone get rid of a perfectly good pair of bunny ears? I know I won’t be sneaking them into the giveaway bag anytime soon. 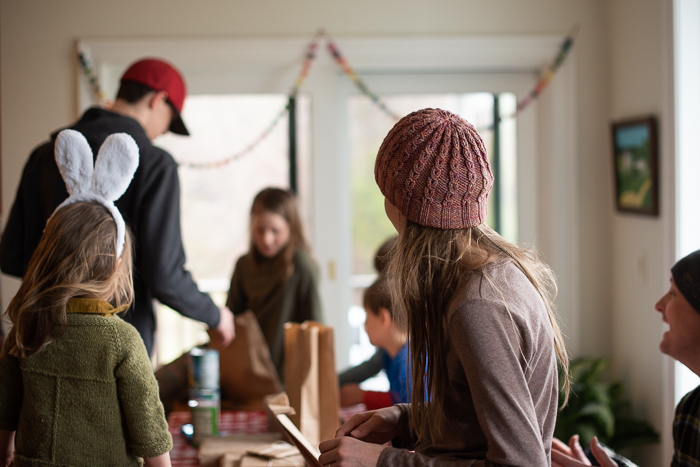 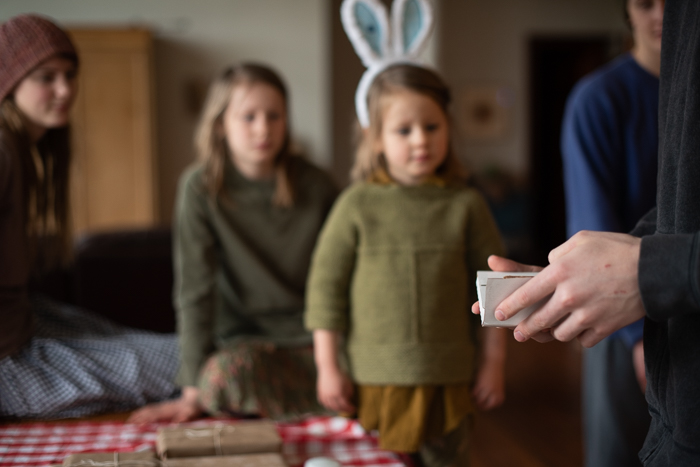 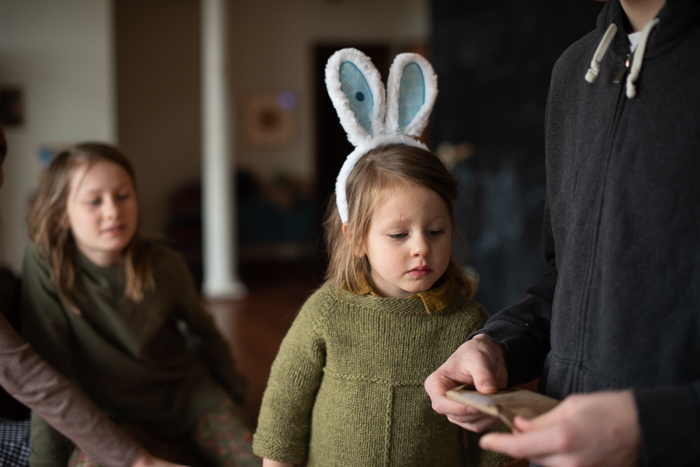 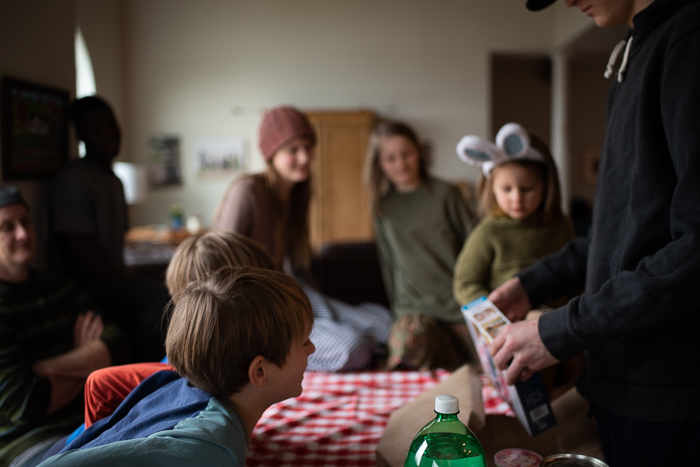 This is what it’s like to open birthday presents when you are an older kid in a big family. 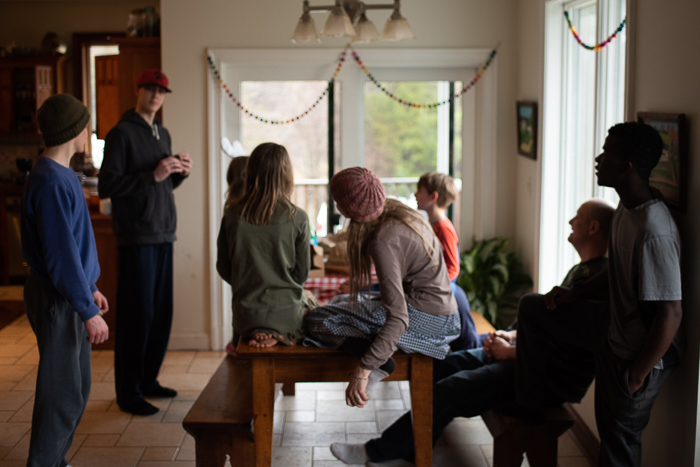 Keats mostly received music themed gifts: new strings for his violin, CD sets recommended by his viola instructor, and an Ocarina. He would have liked to receive a French horn as well, but we do have our limits both financial and otherwise. 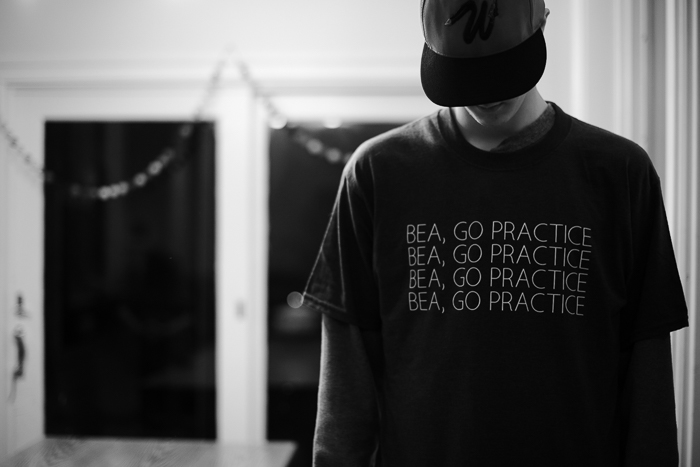 My friend, Heather, has a little t-shirt shop and she made this custom shirt for Keats. I think it amused him because his eyes twinkled and his lips twitched when he unwrapped it. It was Larkspur and Beatrix’s idea. Poor Bea. Keats isn’t a big talker, but he does give her a hard time about practicing her viola. He practices for hours a day. She doesn’t. 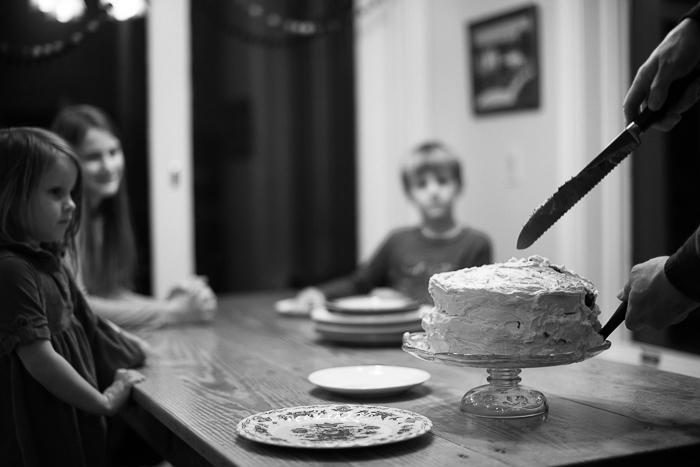 His cake. Sigh. I used to make such nice birthday cakes. Keats requested a very simple ice cream cake. Chocolate cake, vanilla ice cream, vanilla buttercream frosting. It’s been a few years since I’ve made an ice cream cake but in my mind this was no big deal. To make it easy, I bought a gluten-free devil’s food cake mix. I felt clever and on top of things when I baked the cake a day ahead so I could freeze the layers. For the record, it’s very easy to burn devil’s food cake because it’s so dark that you can’t tell. I mean, I knew I had left it in the oven for too long, but I couldn’t be positive that it was actually burned. I let the ice cream soften and poured it into a cake pan to freeze. You can’t really mess that part up. The evening of Keats’ birthday I made buttercream frosting according to a recipe we’ve followed many times. There must have been something weird about the powdered sugar because I couldn’t make the frosting taste right. Oh well, I had to move on and assemble the cake. It went together nicely. But then it was time to slice it and that cake refused to be sliced. It was rock solid. Jonny had to use the bread knife to try to gently saw into it without squishing the ice cream layer out. It occurred to me that maybe I haven’t frozen the cake layers in the deep freeze in years past. Maybe I just chilled them? At any rate, messy pieces of cake eventually made it onto plates. The only positive thing I can say is that the vanilla ice cream tasted good. The leftover cake sat in the freezer uneaten for days afterward. That sort of thing never happens around here, but the cake was just that bad. 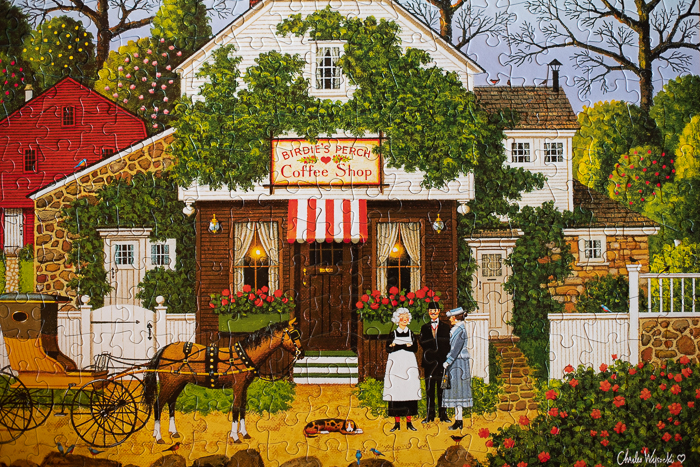 A few days later it was Valentine’s Day, so of course, I gave my kids a puzzle. I want to live in this house and run the coffee shop and I don’t even drink coffee. 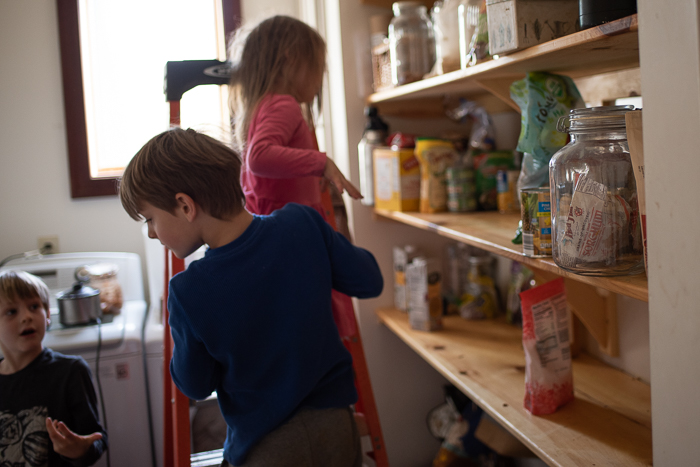 Later, I realized our pantry needed a major overhaul. The kids wanted to help, so I abandoned the project to them until they lost interest. Sometimes it’s best to simply get out of the way. That move only created a small amount of extra work for me in the form of spaghetti noodles all over the floor. 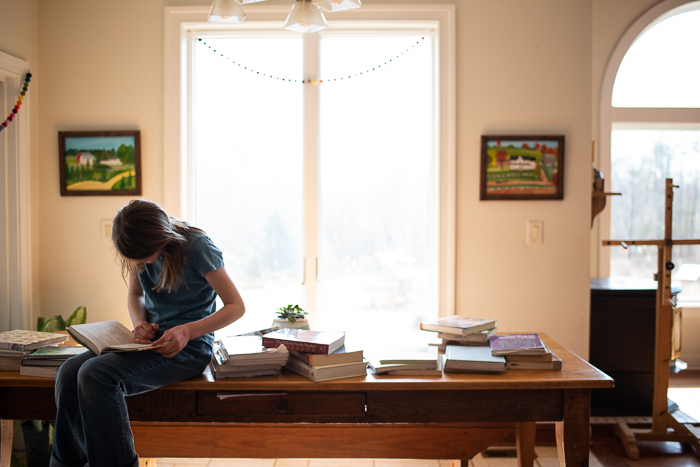 I moved my cookbooks out of the pantry to free up some space with the intention of getting rid of a bunch of them. Ultimately, only two made it to the giveaway pile. I might want to make that rice pudding recipe in that one cookbook someday. 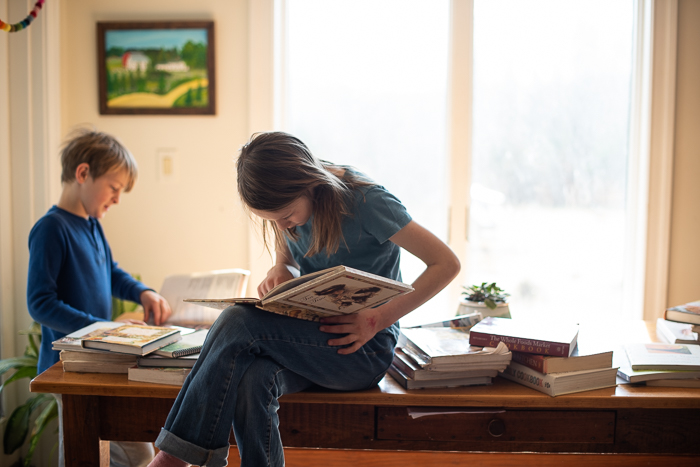 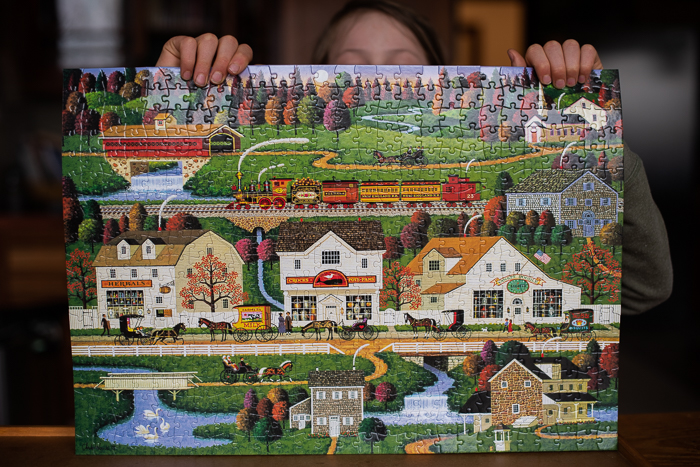 Another puzzle: this one a fun 500 piece. As an aside, Jonny found an ad on Craigslist from a woman who has 2000+ jigsaw puzzles in her basement for sale. That is both sobering and extremely exciting. Fortunately, she lives far enough away that it would be a bit of an ordeal to visit her. 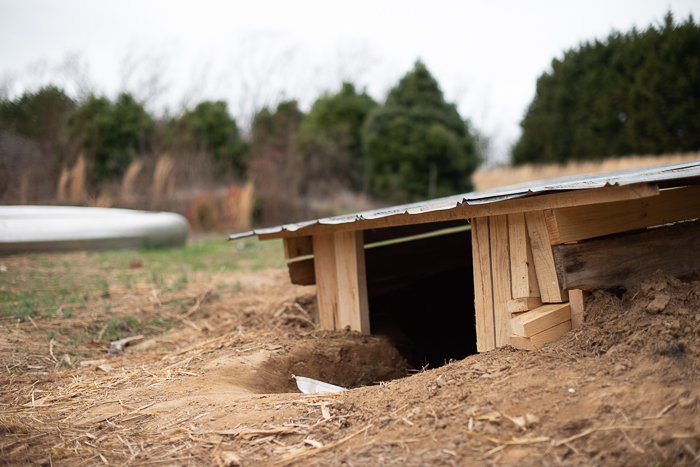 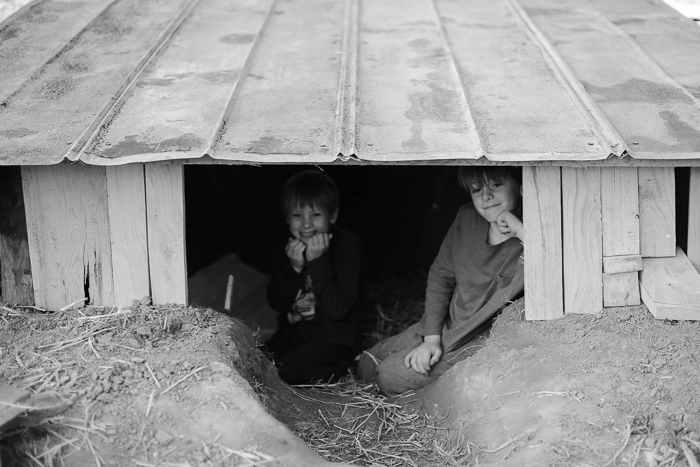 My kids made their own dugout house complete with a fireplace and chimney over the winter. These photos are cropped tightly, so you can’t see the general mess and disorder that surrounds it, but there are definitely downsides to allowing children to do as they please outdoors. Of course, we never let that stop us from allowing all sorts of craziness and I doubt they will ever forget their little dugout. Jonny added a more permanent roof last weekend (“What? I thought that hole was going to get filled in?”) and the kids are very pleased. My misgivings grew a bit after hearing Jonny warn the boys that in the summer they will need to poke around with a stick before entering because snakes may choose to cool off in the dugout. 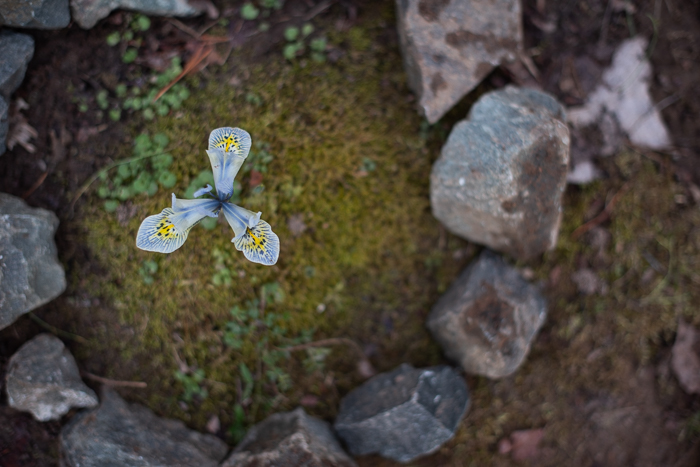 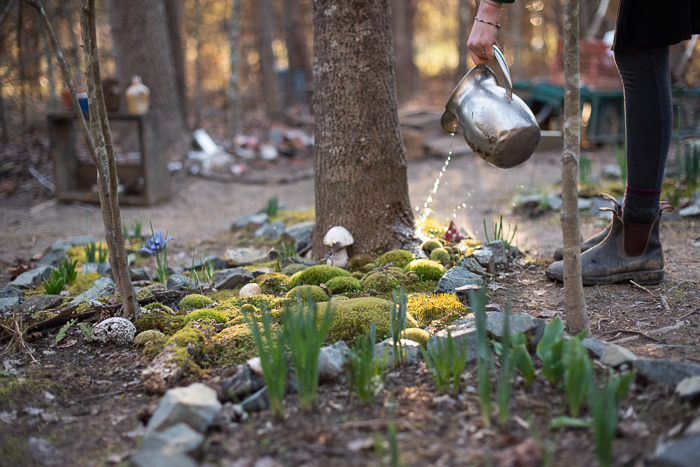 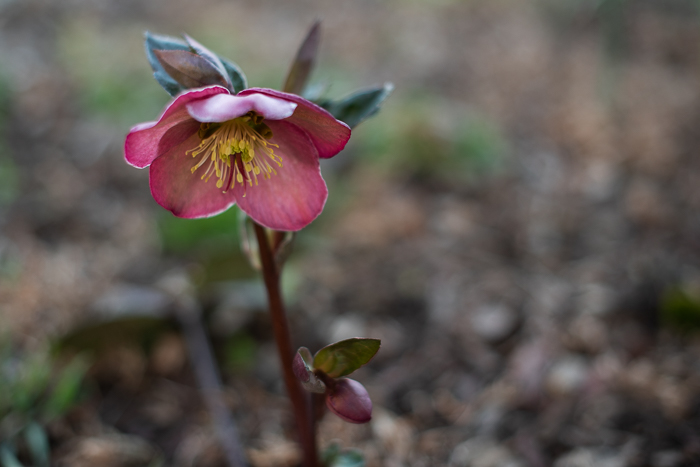 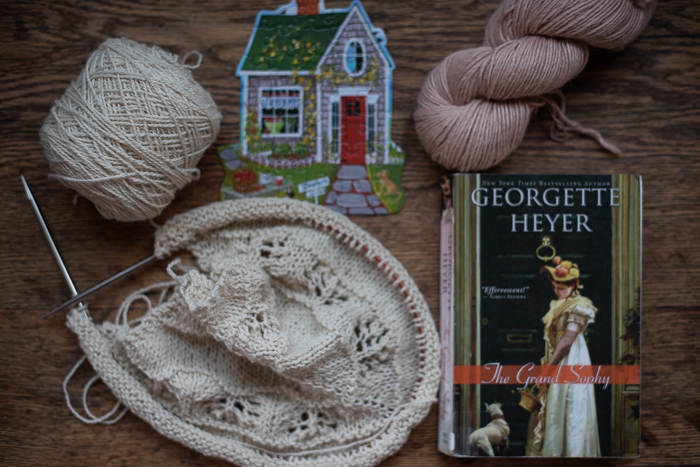 I’m reading my first Georgette Heyer book and it is delightful. I need to update my Happy Reading List! The Grand Sophy is definitely a happy book and I’m sure there are many others I’ve read in the past five years that need to be added as well. 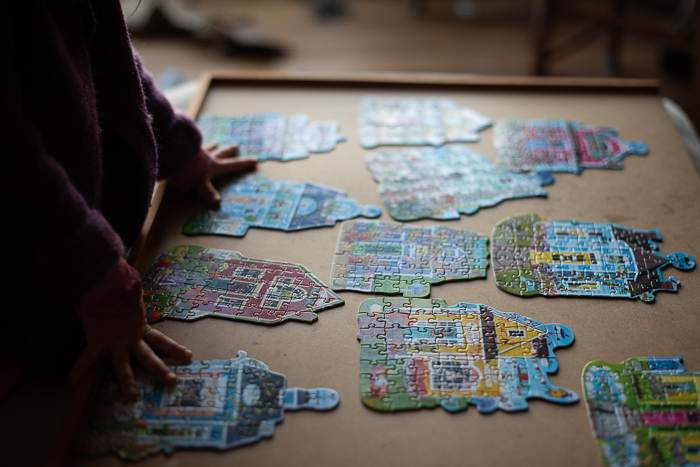 These puzzles are incredibly charming and my kids love them! They came as a set of 12 puzzles that each has approximately 40 pieces. The backs are color-coded to make it easy to sort the pieces. After assembling them all, I took each apart and put it in it’s own paper bag in the box so I can get out one at a time for Mabel. These really are fun for all ages. 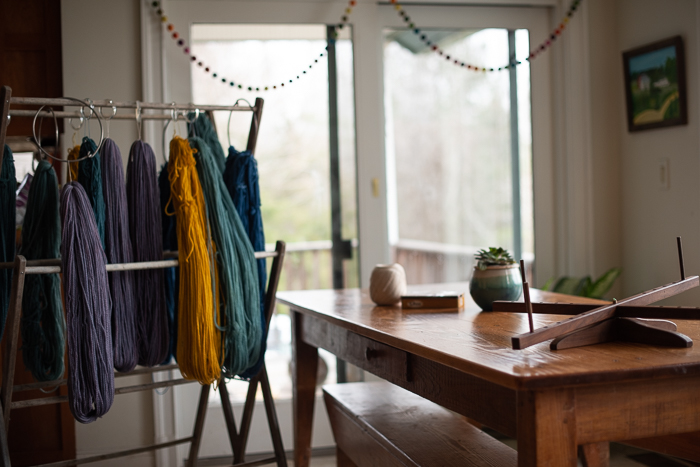 I’ve been dyeing yarn and playsilks again! I’ll let you know as soon as I have a date for updating my shop. Everything is finished, I just need to add labels, take photographs, and make listings. The photographs often feel like the hardest part! 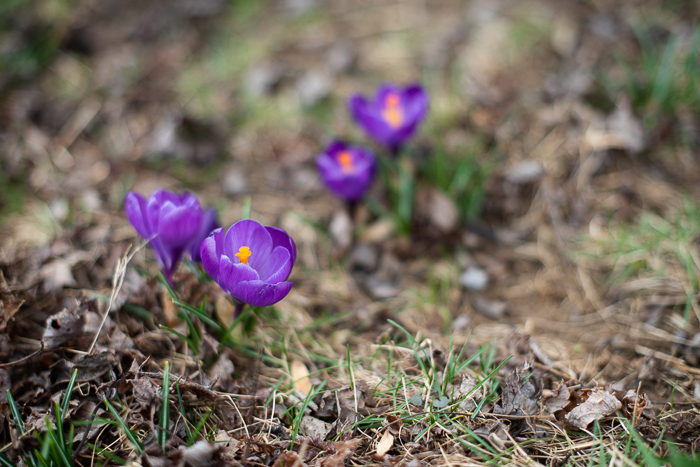 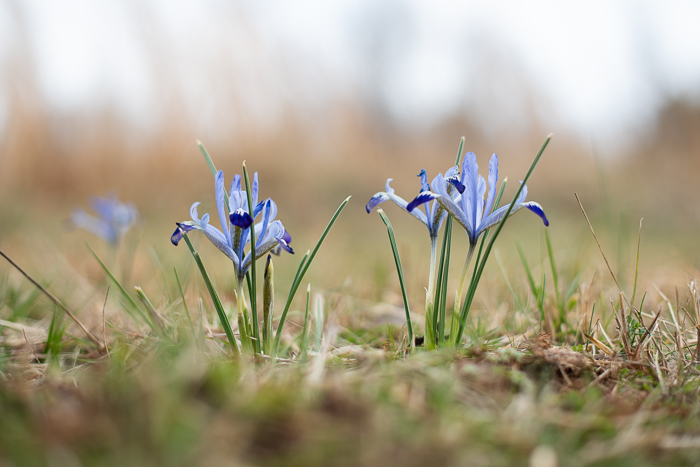 Can you believe all these February flowers? What happened to winter?