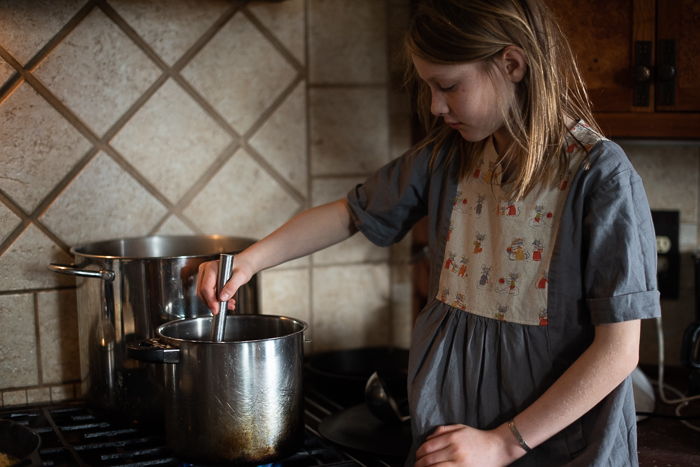 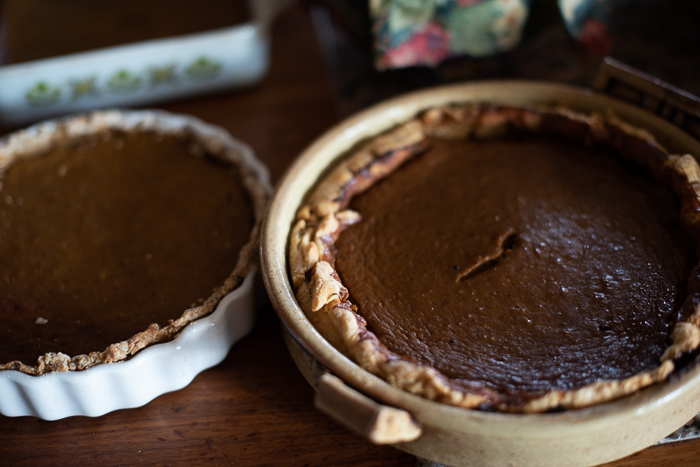 We had a nice quiet Thanksgiving at home with a few friends last week. It was perhaps not the most traditional meal, as we ate collard greens, black eyed peas, and barbecue rather than turkey and stuffing. We did have sweet potatoes, and there was cranberry sauce made by Beatrix, apple pie made by Gabriel, and pumpkin pie made by my friend, Rachael. (She told us later that she actually used butternut squash. I never would have guessed it.) 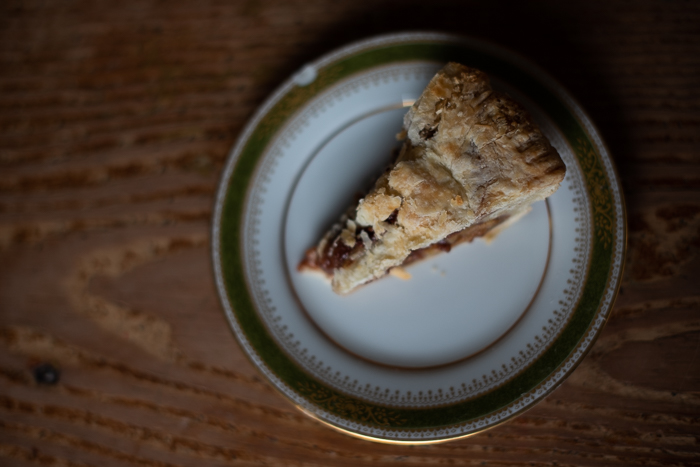 I only admired Gabe’s pie, though I was told it was delicious. He even makes his own pie crust. I think that skill will take him far… 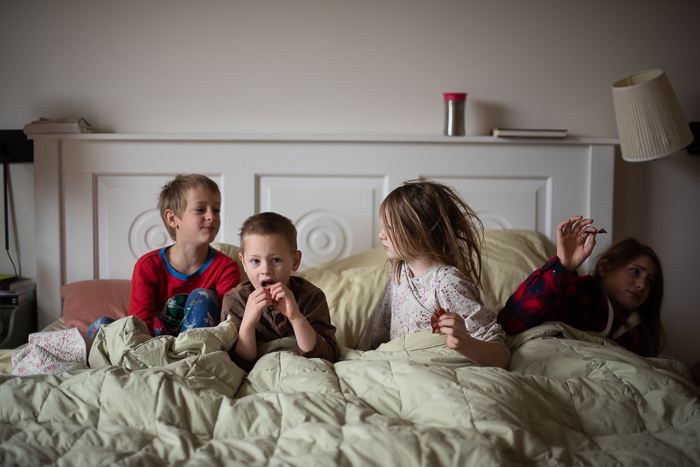 This was the morning after Thanksgiving. Somehow, I ended up with four kids in my messy bed eating bacon. For those of you who remember Beatrix as a toddler, I thought you might like to see that her wild hair is still going strong. 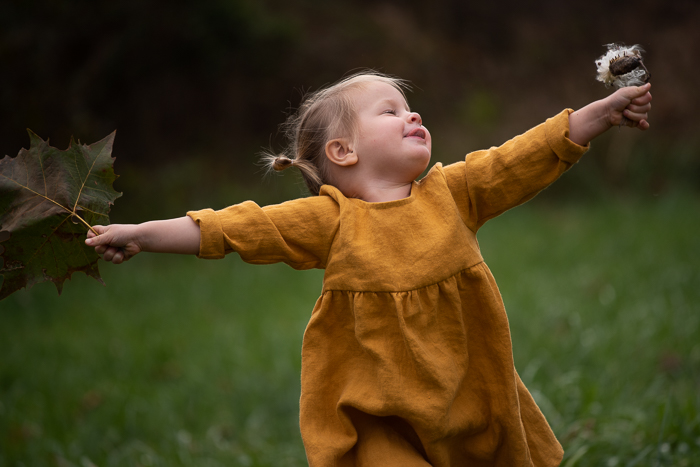 This photograph is the epitome of Mabel: pure joy and abandon. Of course that can quickly be followed by intense desperation when she needs something (and needs it immediately). She says to us, “I need you!” And she says it all day long, our cue to pick her up and give her a tight hug and then carry her along as we attempt to go about what we were doing. Of course, it’s best if we drop what we are doing all together and focus every bit of our attention on her. (Her new yellow dress was a gift from Maria at Roaming Threads. She’s very pleased with it.) 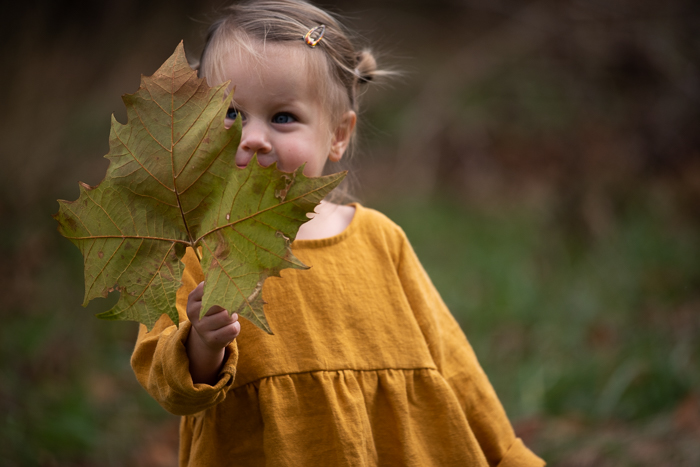 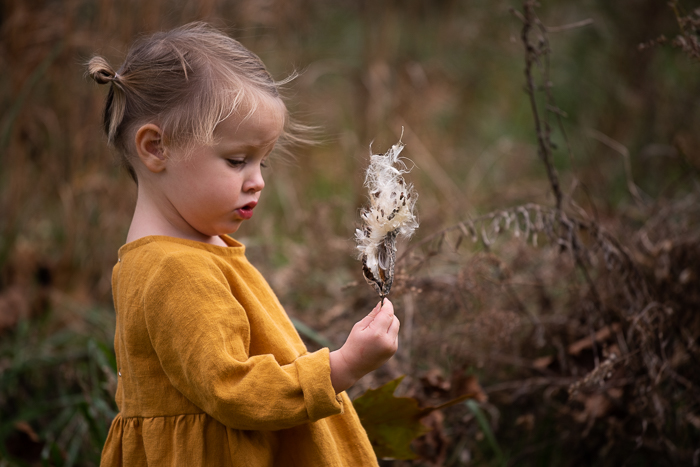 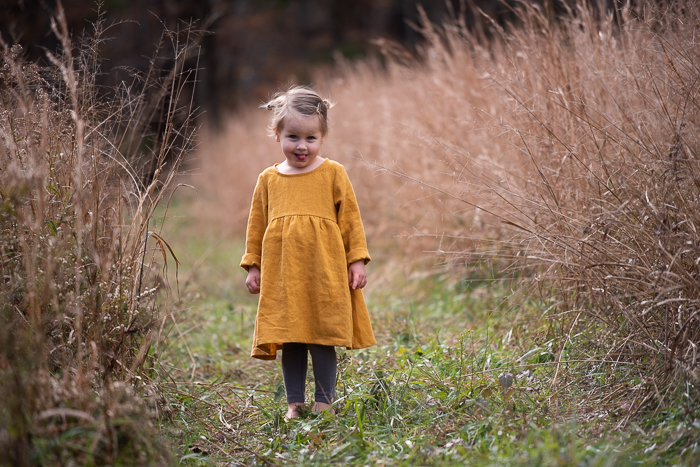 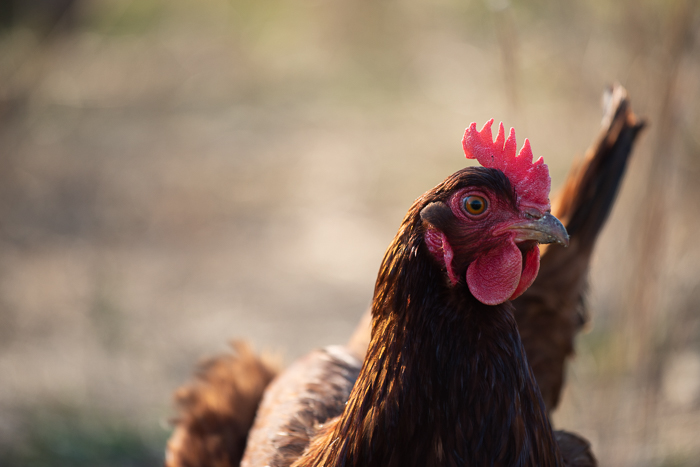 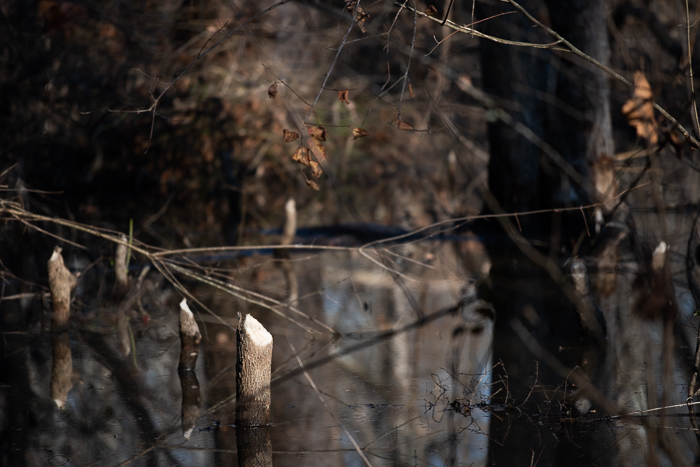 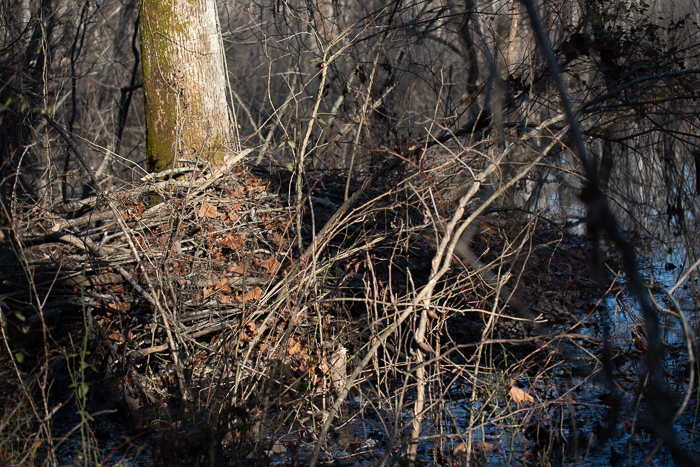 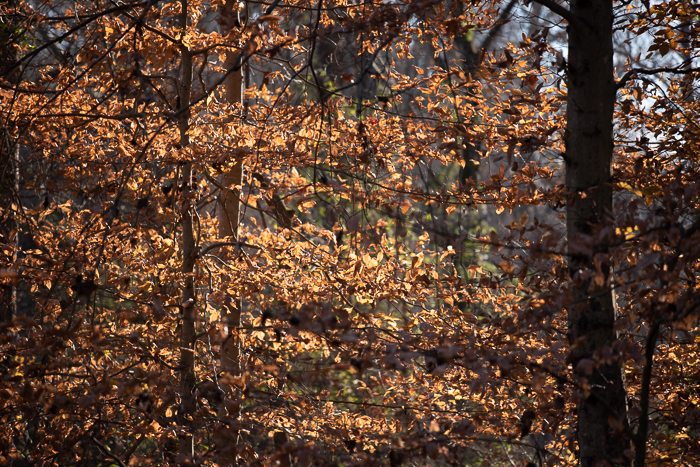 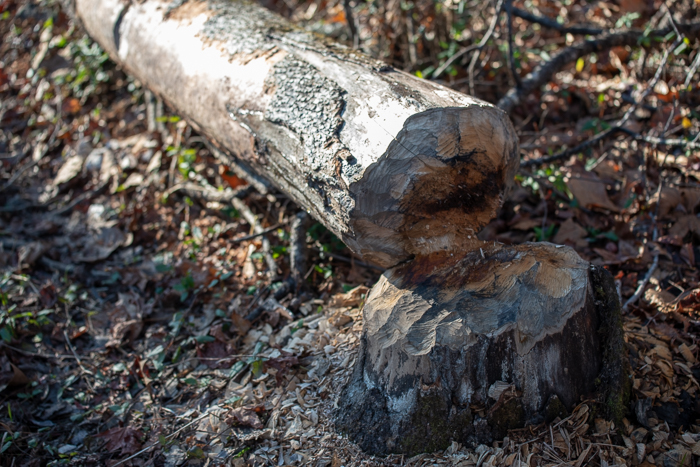 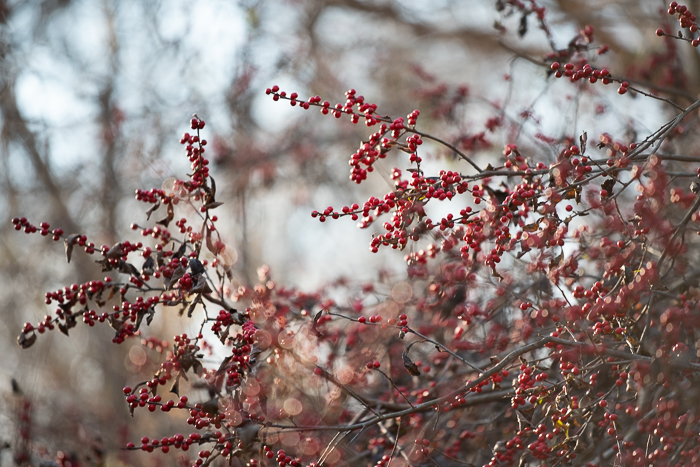 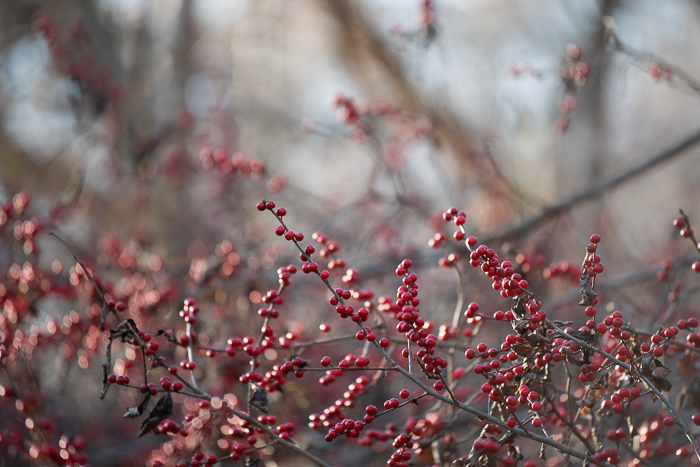 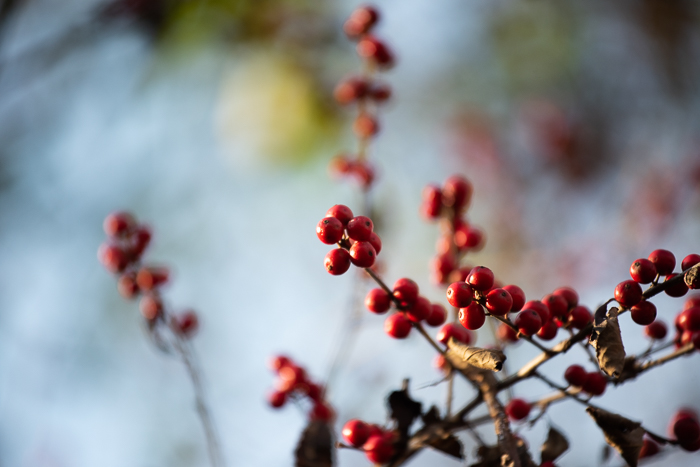 We are still having lovely mild weather here, and last Sunday I desperately wanted to, “play outside,” I told my family. There was Mass, followed by grocery shopping for hours and then home for less than an hour before having to run Keats to a rehearsal. I took my forty five minute window, and Jonny and I went out to explore the woods where a family of beavers has recently changed the landscape. A creek has been re-routed, a new dam built, and what was already a marshy area is now a shallow pond. Seth would like to try to discourage the beavers, but we’ve asked that he not. I told a friend recently, that while we own nearly forty acres here, I don’t feel a real sense of ownership when it comes to the land. It doesn’t belong only to us. We will probably take efforts to prevent the beavers from damaging some of the larger trees surrounding their new pond, but mostly we are glad to allow nature to take it’s course. (I understand that there are situations where beavers would not be wanted, but we have no real reason to try and discourage them.)

Speaking of nature, I’m listening to (affiliate links) The Yearling right now on audiobook and am so engrossed in it, though only partially for the vivid descriptions of the Florida backwoods. It’s a truly beautiful book. I’ve read it before, but the narrator brings the story alive in a new way, and I relate so much to the child in the book, Jody Baxter.

“He went to bed in a fever and could not sleep. A mark was on him from the day’s delight, so that all his life, when April was a thin green and the flavor of rain was on his tongue, an old wound would throb and a notalgia would fill him for something he could not quite remember.” -The Yearling, Marjorie Kinnan Rawlings

I don’t usually have much to say about a book beyond whether or not I like it. But this story keeps gripping me and I can’t seem to shake it. It’s like I’m twelve years old again, rather than a grown woman on the cusp of 41. Stories are so powerful in the way that even a fictional character’s thoughts, childhood dreams, heartbreak, and loss can bring our own to the surface and validate them somehow, making us feel that someone out there understands. Maybe we all understand deep down? The Yearling has long been one of my favorite books. Right now I’d call it my favorite of all time, even above My Antonia and Kristin Lavransdatter. I’m finding a new appreciation for it this time around. It’s such a beautiful story, though painfully tragic. I am aware that there are plenty of folks out there who don’t love it as I do, or who found it too sad a story. But there is so much more than sadness there. My kids have enjoyed listening to portions of it with me, but I wouldn’t recommend it as read aloud to young children. Seth read it around the age of 12 or 13. Anyway, I’ll stop rambling on about it. (But, If you are a fan of the author, Marjorie Kinnan Rawlings, and The Yearling, you might enjoy this movie about her.)

I’ve been listening to The Yearling while finishing up the last of my projects for one final shop update, and I hope to have it live on Friday, probably noonish ET. If I do, I’ll get a blog post up to let you know Friday morning, but definitely check the shop on Friday. I’m working on cotton gauze neck scarves, a little bit of yarn, and I ended up dyeing another batch of playsilks because mine sold faster than I expected (which is wonderful!). I’m actually hoping to get the playsilks listed later today ahead of everything else.