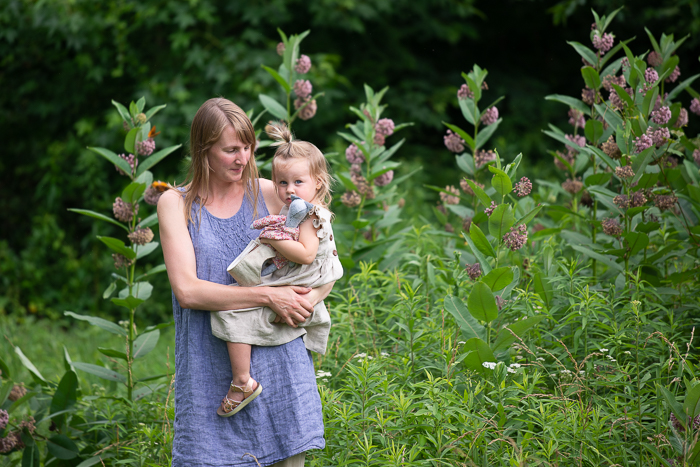 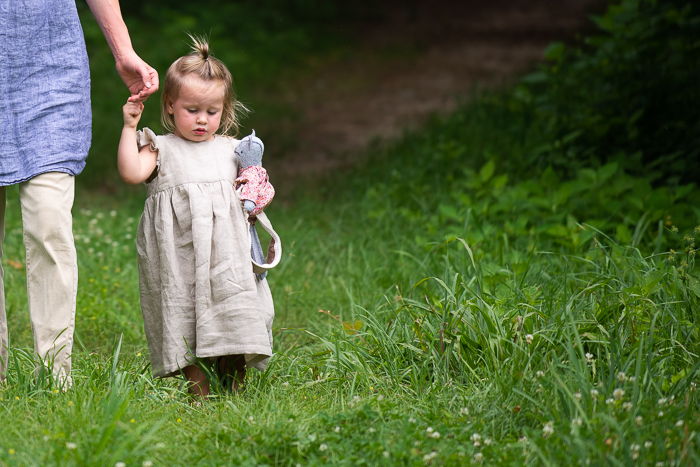 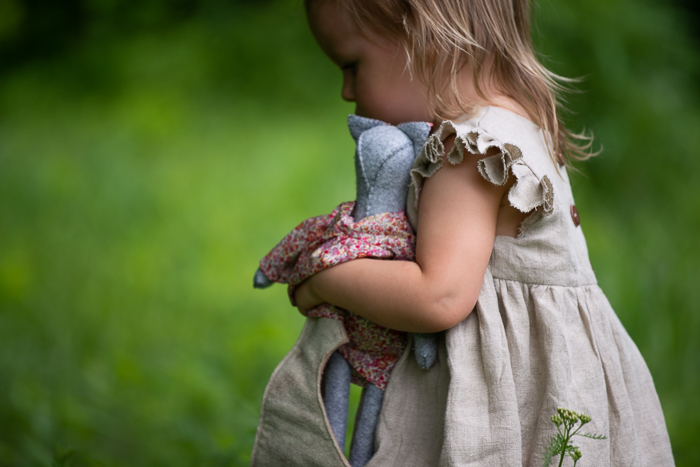 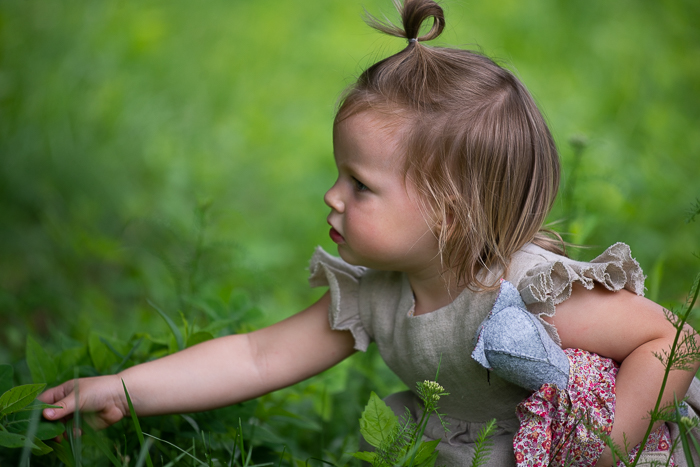 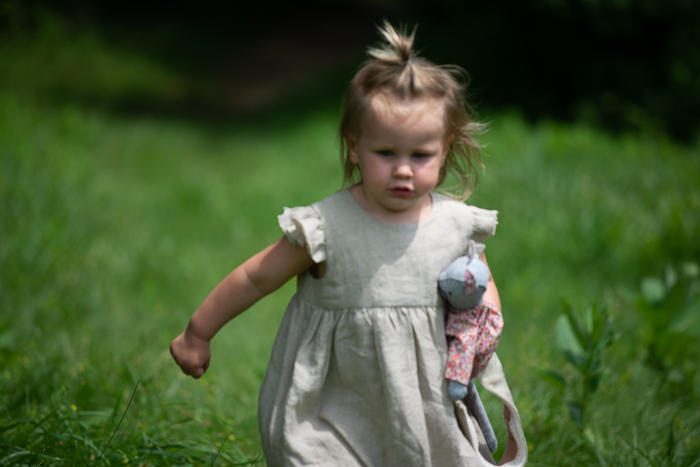 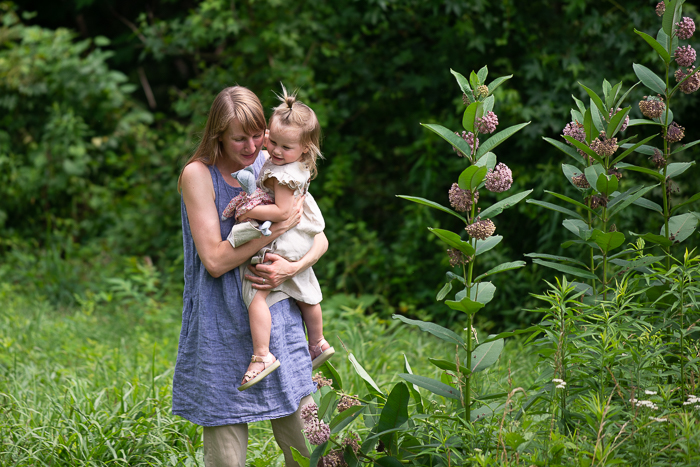 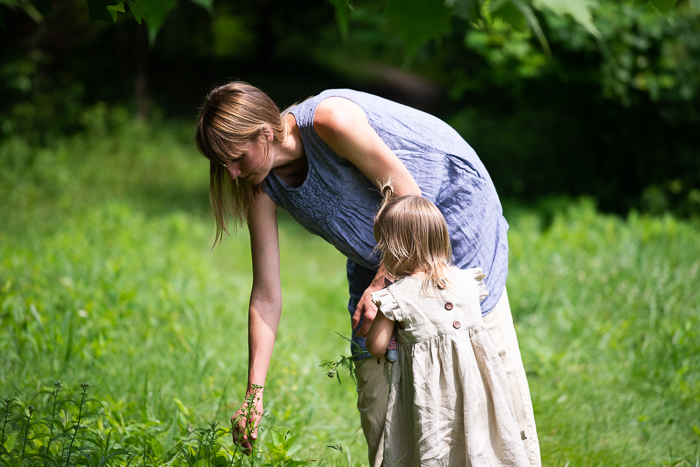 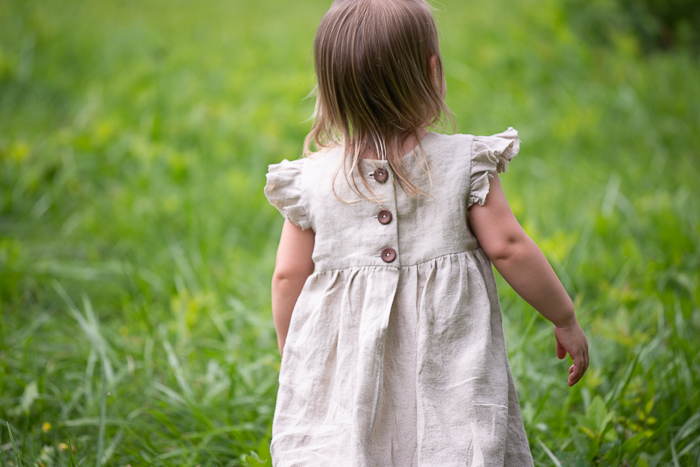 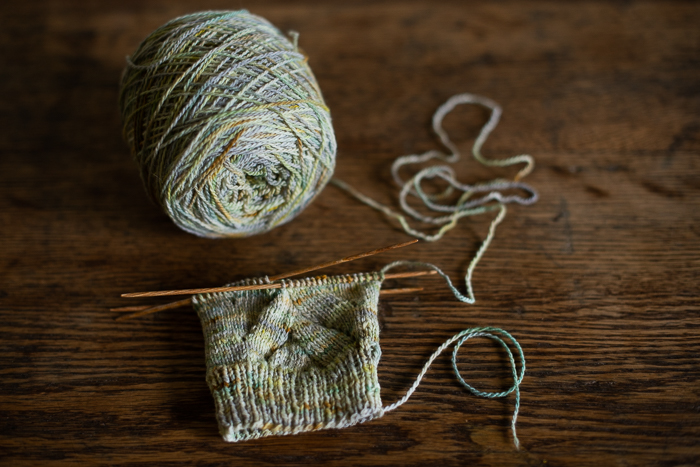 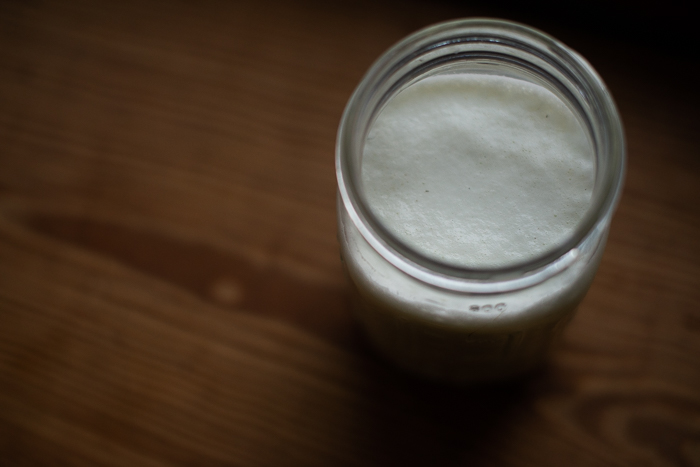 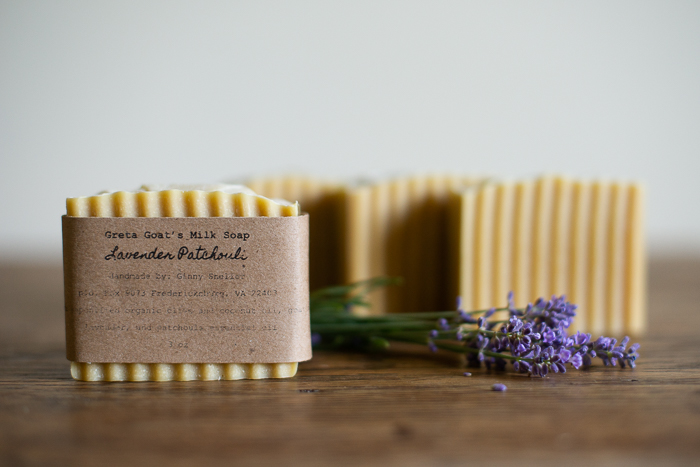 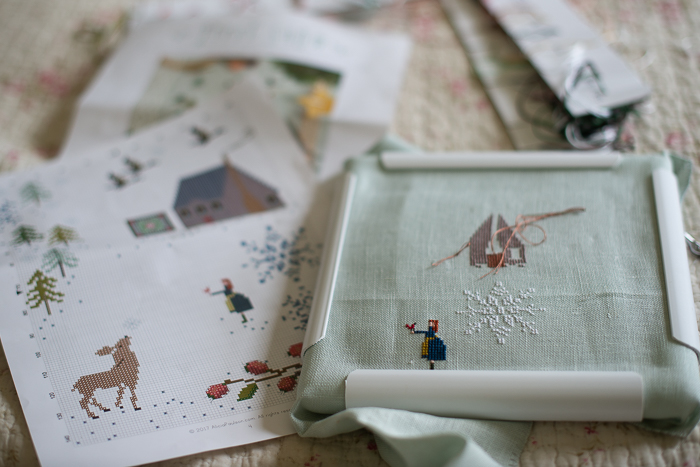 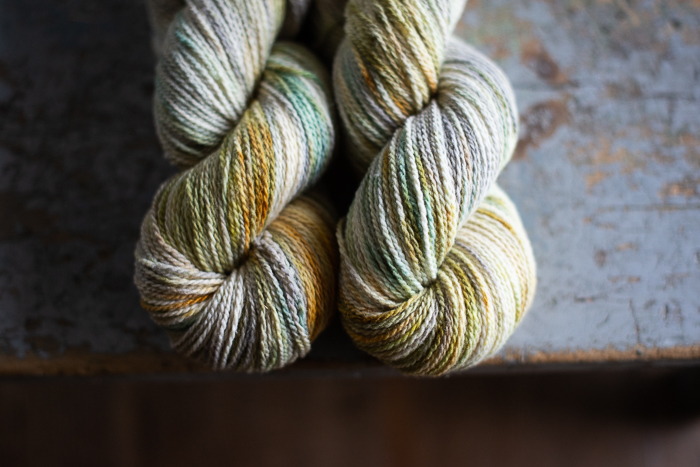 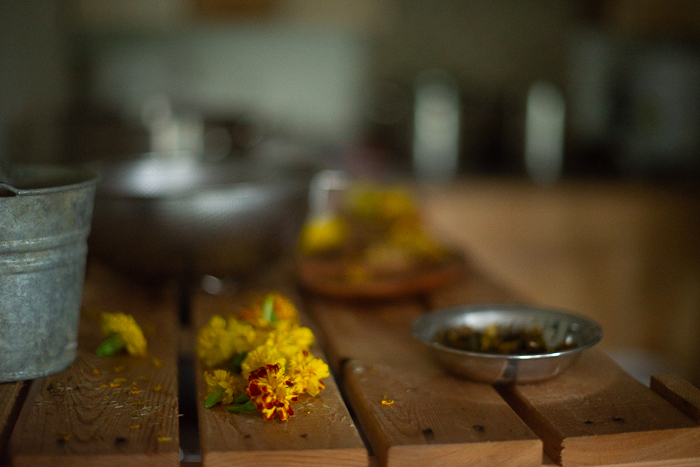 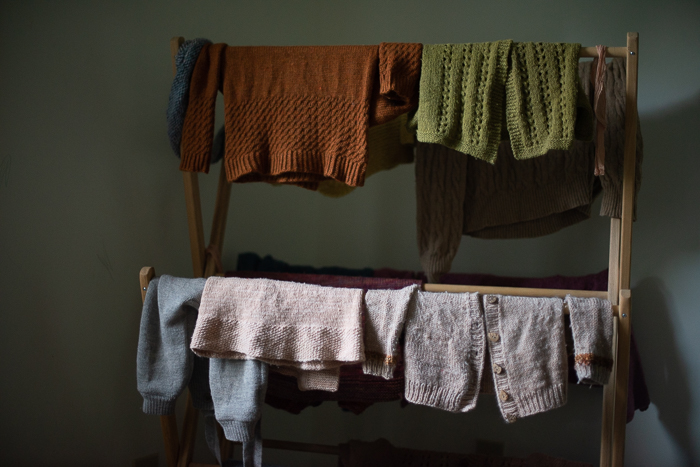 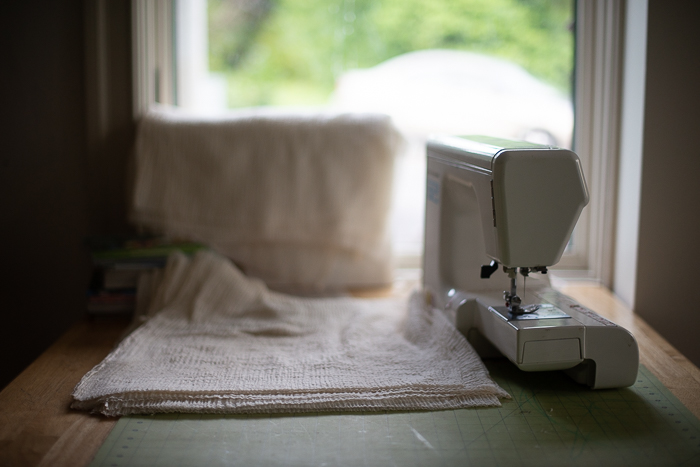 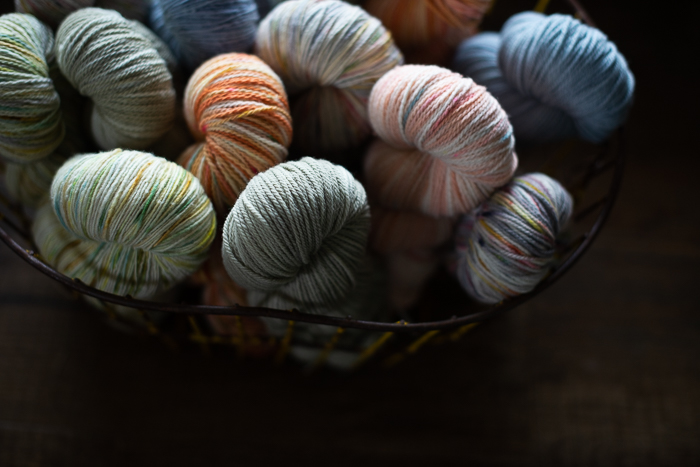 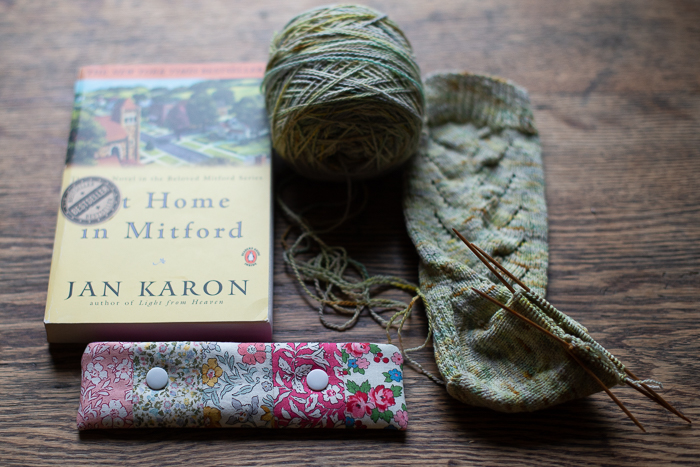 More photos from Mabel’s birthday… I realized after it was too late that I sewed one of the sleeves on her dress the wrong way. Years ago, that would have really bothered me. It doesn’t now. I’m far more laid back than I was even a few years ago, though I still struggle sometimes with anxiety. I had a bit of a roller coaster week and rough weekend. Unexpected circumstances knocked me over for a few days. I’ve been working hard to relax (isn’t it funny how some of us have to “work” to relax?) and take care of myself in the days since, and I feel mostly recovered now. I’m doing my best to accept things as they come, to trust in God’s plan. For me, the best way to relax is to have busy hands and a good book. I’m knitting socks in some of my fingering weight yarn, and I’m really loving them. I started reading the first book in the Mitford series(affiliate link) last night. I’m also trying to do a bit of cross stitching each day. I have a stack of unfinished projects, most of them by Alicia, and I need to be better about just making a few x’s here and there. I actually got glasses a few months ago, just so I could cross stitch. I’m very glad that I did!

Over the past couple of nights I watched a movie that I really enjoyed about a famous pianist (Leif Ove Andsnes) who devoted four years to delving deeply into Beethoven’s five piano concertos. It’s called Concerto: A Beethoven Journey. (That’s an affiliate link, but it’s free if you have Amazon Prime) Beethoven’s fifth piano concerto, commonly known as Emperor, is my favorite piece of music. I learned from this film that Beethoven wrote it after he lost his hearing. He was never able to play it himself. I knew that was the case with many of his pieces, but not this one in particular. It makes it all the more special. If you enjoy classical music, or have an interest in Beethoven, I think you’d like this film. The pianist is fantastic. I’m listening to this album now, the recording of Beethoven’s five piano concertos that he recorded during those four years of his Beethoven journey.

I remember as a little girl a rare trip (the only one) to the bookstore with my paternal grandfather. He drove a small sports car, and he blasted classical music the way people blast hip hop music these days from their vehicles. I think it must have been a Waldenbooks that we visited, at the mall in Birmingham, Alabama. I can’t remember how many books I was allowed to choose. Four, maybe. I probably chose a couple of books from the Babysitter’s Club series. And then a couple of others. I can almost remember. I have a memory of the store, and the books in my hands, just not the specific titles. Maybe, Mandy. Yes, I think Mandy was one of them. One of my all time favorites. I definitely remember how I felt on that special night with it’s unexpected gifts. And I’ve always loved classical music, even during my purple-haired punk rock years. I think it must have been my grandfather’s influence.

Absolutely unrelated, but a funny thing happened a few weeks ago…Greta Goat started making milk again. (We dried her off last fall, after milking her for nearly a year.) I was running low on her milk that I’d frozen, and was afraid I would have to stop making soap until sometime in the future (we aren’t sure right now if we will breed this fall. We might breed Tilly!) And now, here we are milking again, albeit, not as often, maybe only every few days, but I am slowly building up a soap making stash of goat milk. I’m planning a very small shop update for Friday at 11 a.m. ET. There will be about twenty skeins of yarn, along with a small batch of lavender patchouli soap. I’m so grateful that I can still offer it!