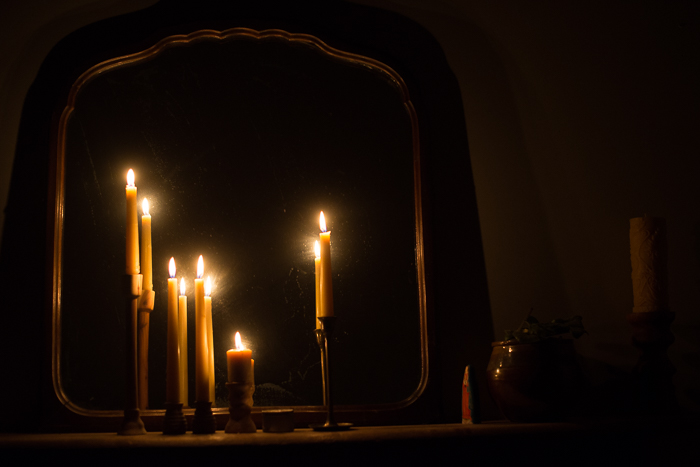 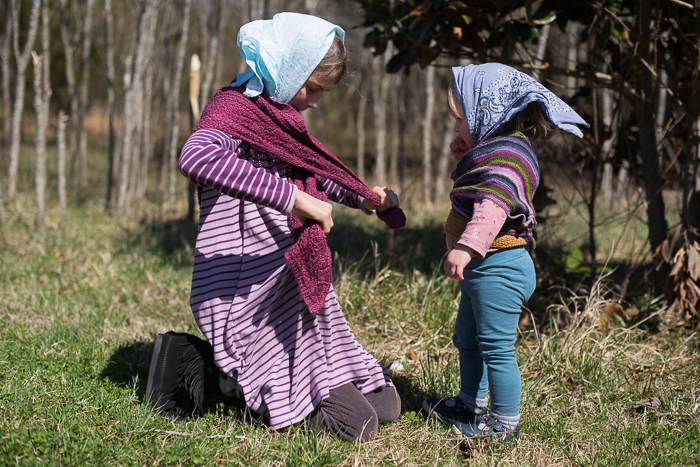 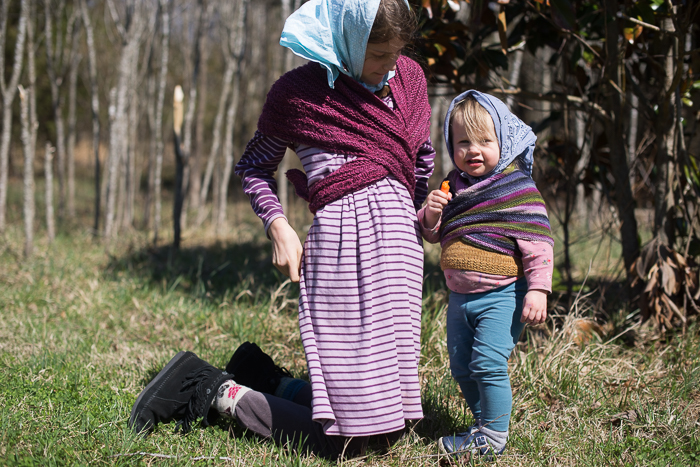 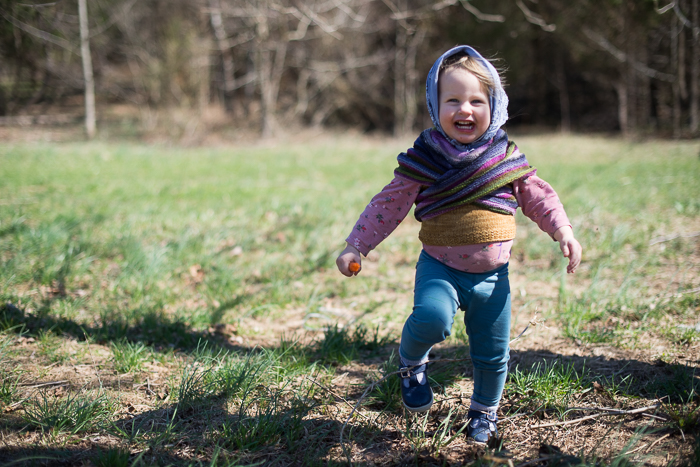 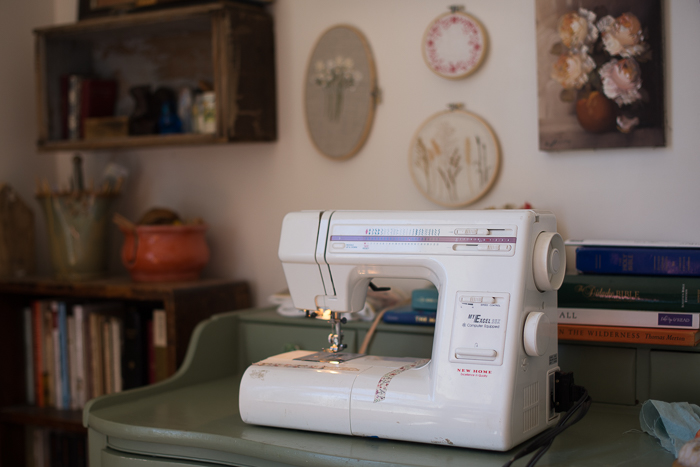 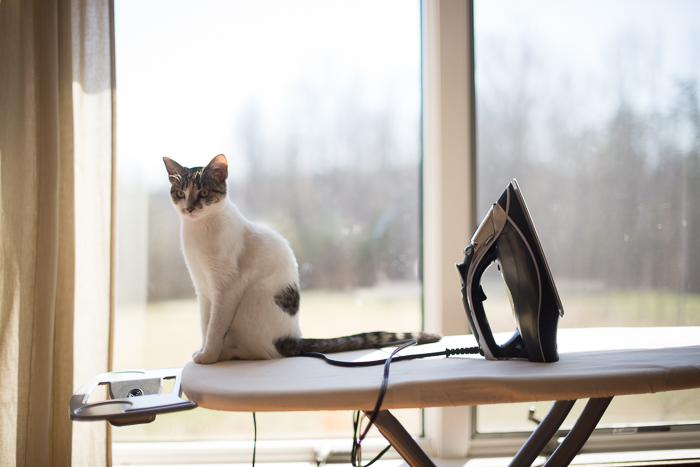 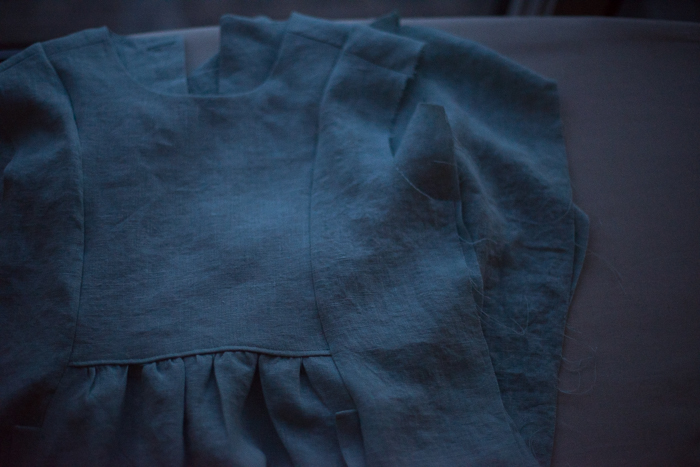 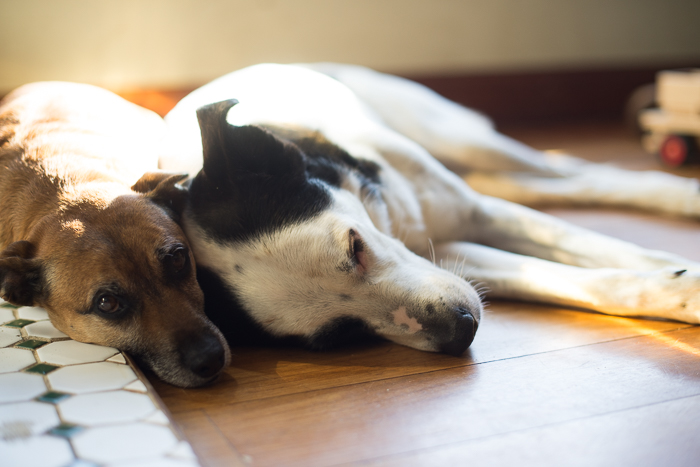 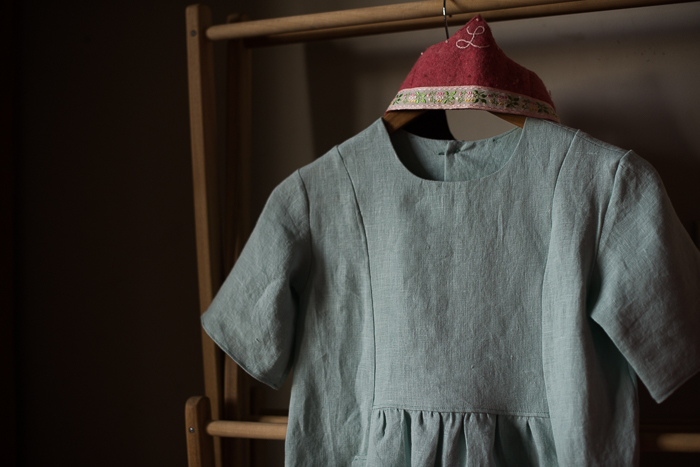 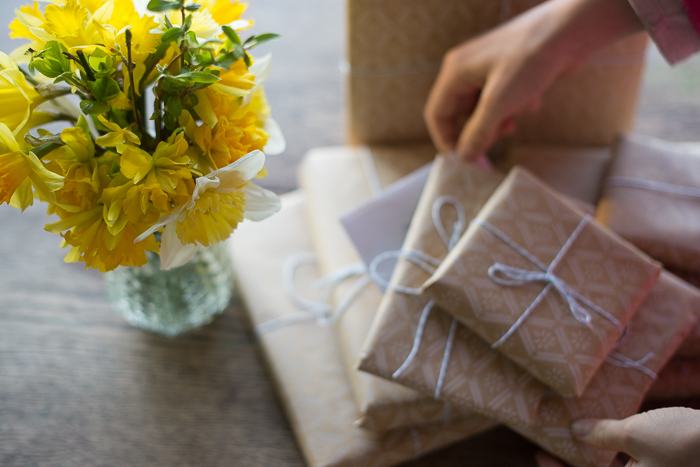 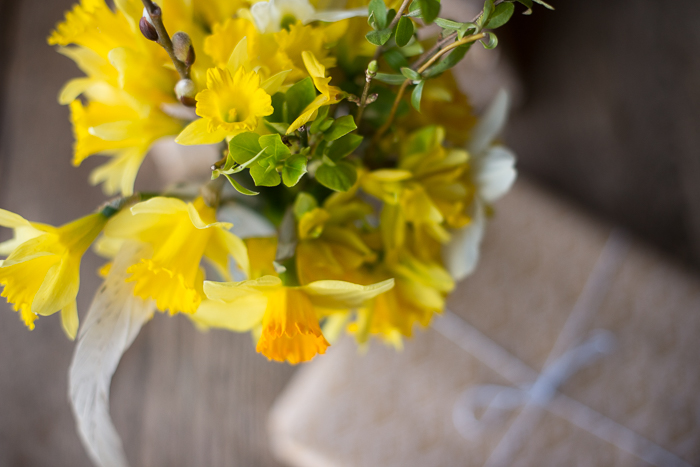 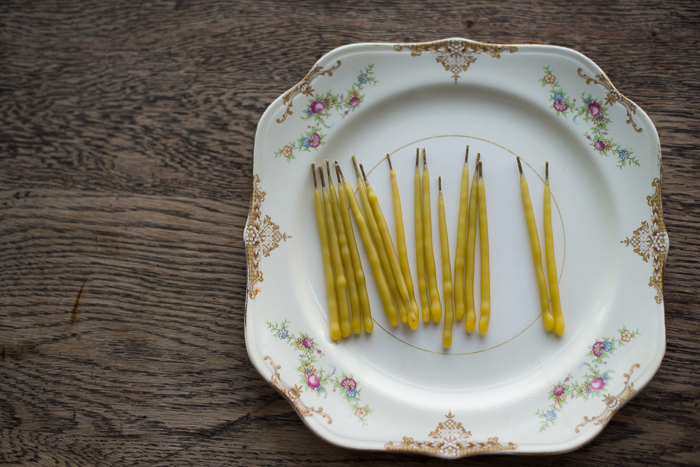 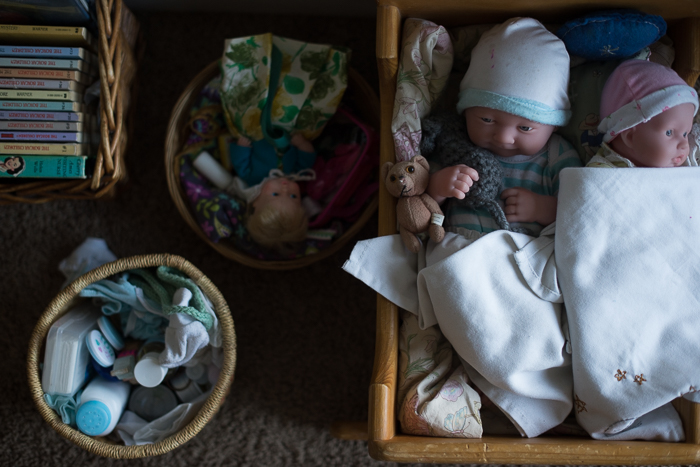 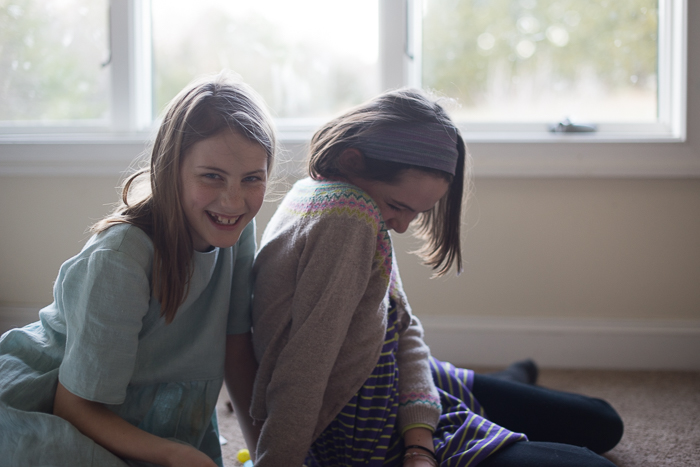 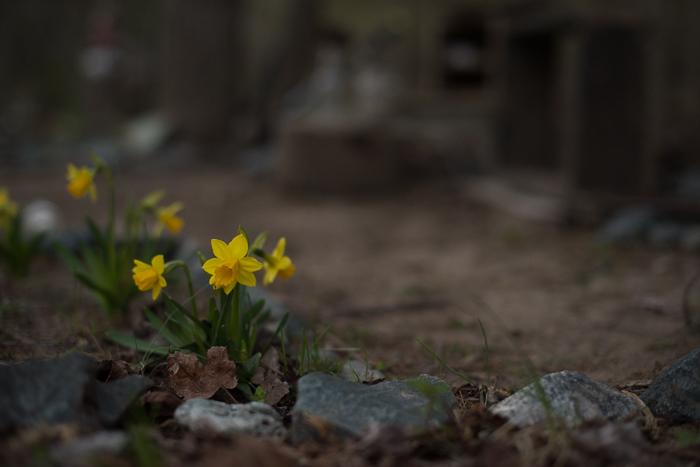 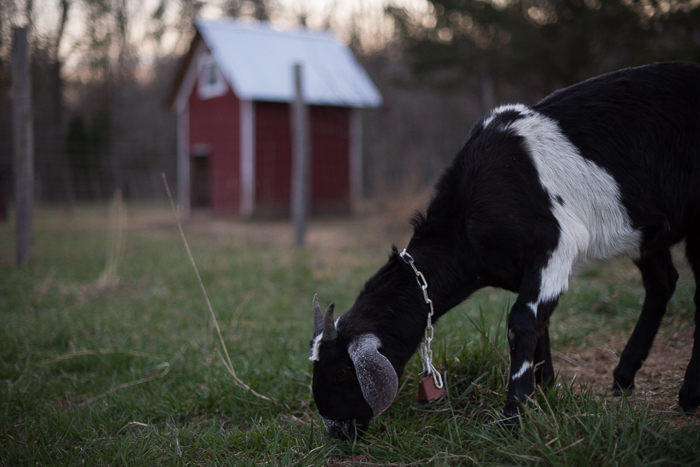 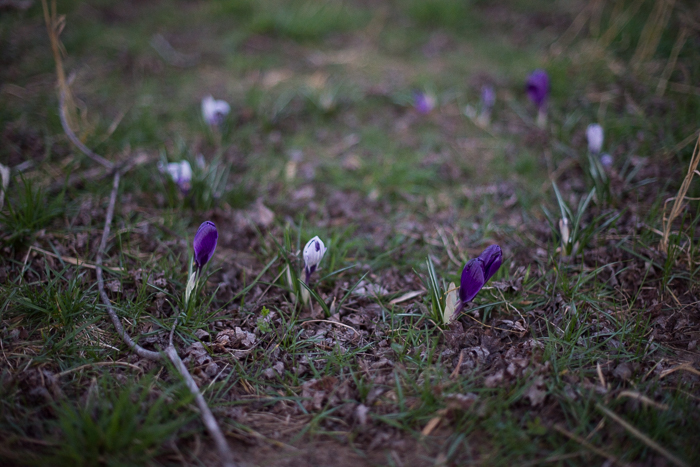 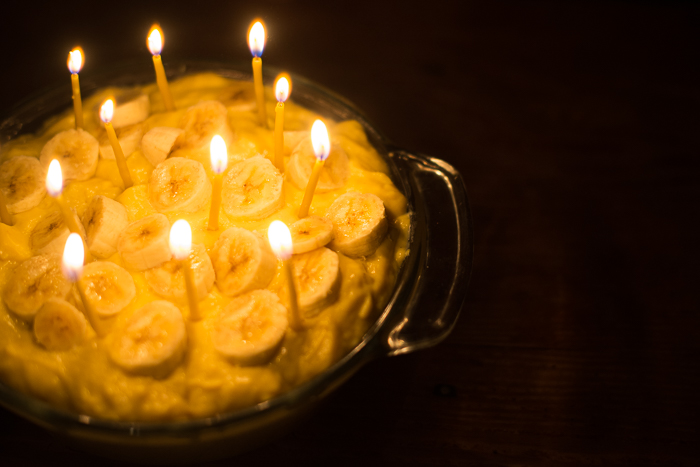 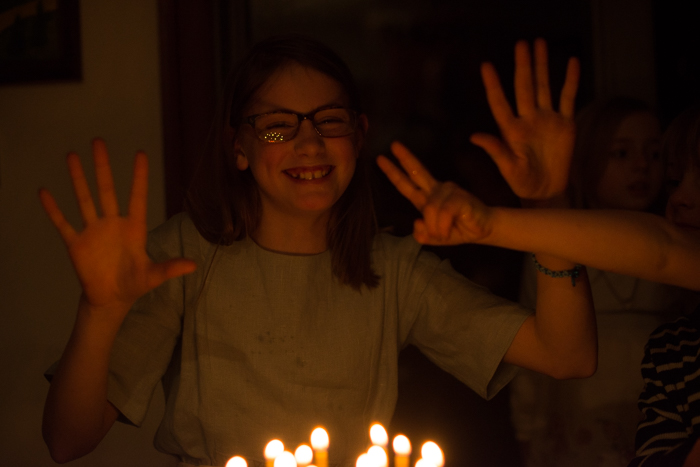 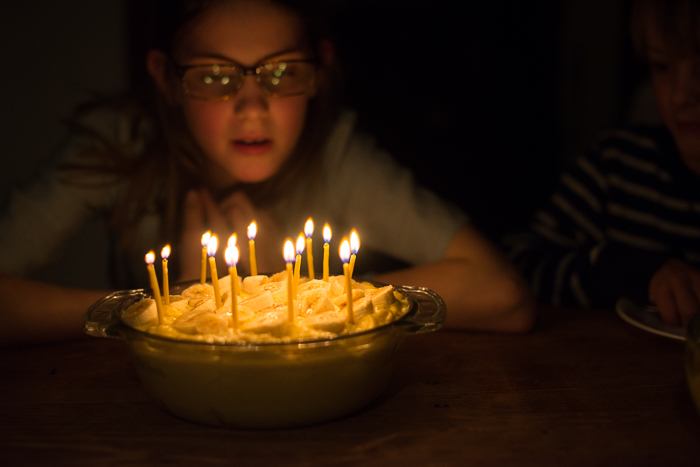 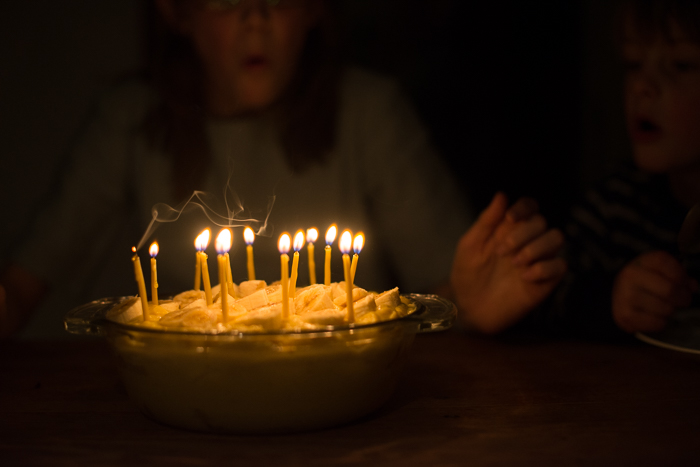 Larkspur turned twelve yesterday and I think she had a lovely birthday. By a small miracle I had everything prepared and ready in time. (I’m pretty sure I always say that. But it always feels that way!) She was very detailed in her birthday requests, and pro-active enough that she even put together her own birthday bouquet the day before. As she requested (and always does), I had her gifts wrapped and laid out Monday morning when she woke. She received mostly art supplies. Colored pencils, a travel set of watercolors, and multiple sketchbooks. She’s always had a love for paper. I remember when she was about three years old, my stepdad gave her a box of Post-it notes and other little pads of paper and office supplies. She would make the biggest messes, paper everywhere. She still does, but she has a tidy streak and cleans up after herself these days. I’m afraid Beatrix doesn’t share Lark’s love of order, so their bedroom is usually half clean, half disastrous. Bea sitting amidst her mess with a smile on her face, Larkspur shooting glares her way. Ha! Lark could have gotten her ears pierced on her birthday, because twelve is the age when my girls are allowed to (this was the age I was allowed to get mine pierced so it’s just tradition) but she doesn’t want her ears pierced. Guess who does and can’t wait?

I wasn’t able to work on Larkspur’s birthday dress as much as I’d hoped last week, but I wasn’t worried. I thought I’d have plenty of time over the weekend to finish it, and since she wanted a somewhat simplified version of the dress I made for Beatrix, I was counting on it being a little bit quicker. When we lost power during a windstorm early Friday morning, I did get a little concerned. But it turned out our solar panels generated enough electricity that I could run my sewing machine which was pretty neat. I was able to sew a bit on Friday afternoon and then a little more on Saturday. I thought I’d be able to finish on Sunday, but something went wrong with our solar system and I explained to Larkspur that I might not be able to finish after all. Later that day on a trip into town I saw a crew working on our street and by that afternoon power was restored. I was able to finish the dress after all!  She put it on first thing on Monday morning, and paired that soft linen with muddy boots to go out for her birthday lunch. By the time I thought to take a photo, the dress was well wrinkled and she had to cover a big pizza sauce stain with her hands. Now it’s in the laundry room covered in stain remover. More pictures to come. It’s a pretty simple dress, just how Larkspur likes things. (I used this linen and this pattern.)

Realizing we didn’t have any decent birthday candles, Jonny and I made a last minute batch of new beeswax ones so Lark had twelve candles plus one to grow on in her banana pudding. (Jonny thinks my tutorial is unnecessarily complicated. We just dipped hemp twine into beeswax, and skipped the washers and special knots, etc. They turned out just fine.) Last night Larkspur went to bed with a stomachache after eating too much of that banana pudding. Maybe too much all together. But this morning she woke feeling fine, asking for the portion she saved. That’s part of her birthday ritual too: saving a bowl of banana pudding for her breakfast on the day after her birthday.

I’m going to go start some laundry now, and hope that dress comes clean. Two months until the next birthday. Gabe wants to have his whole baseball team over….