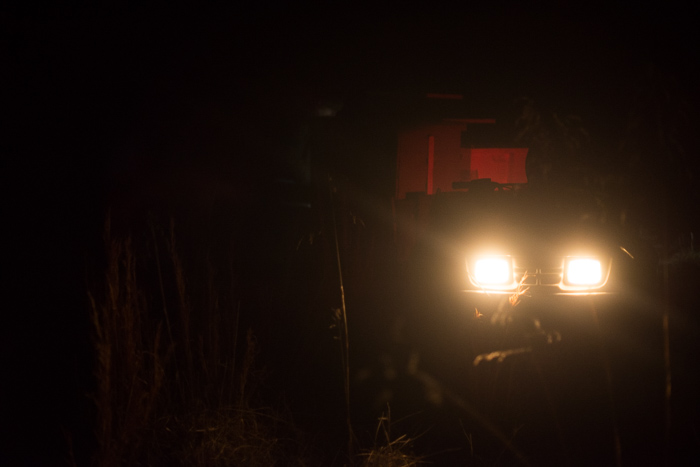 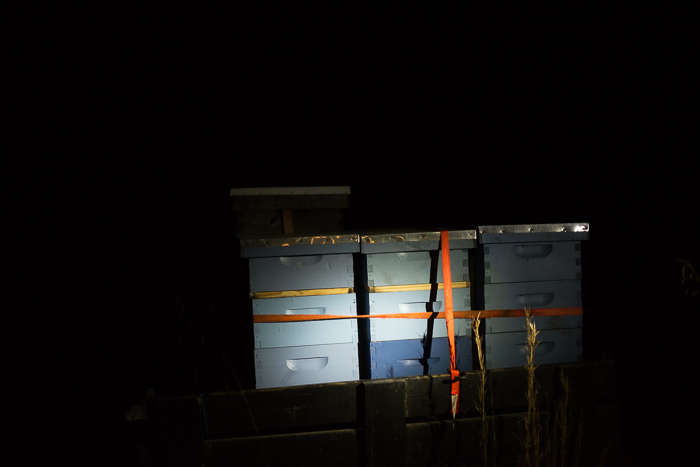 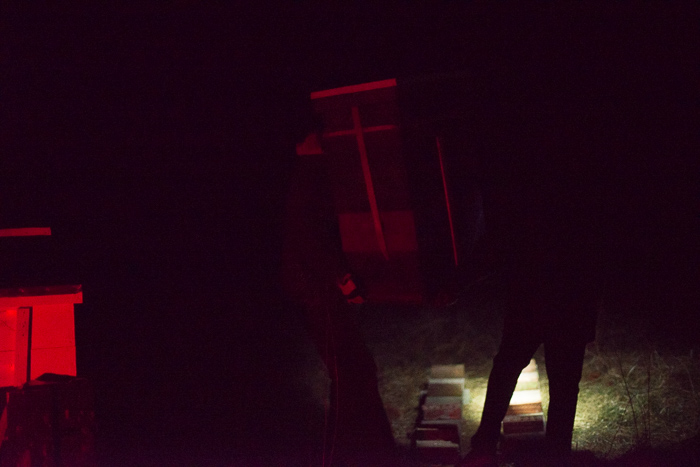 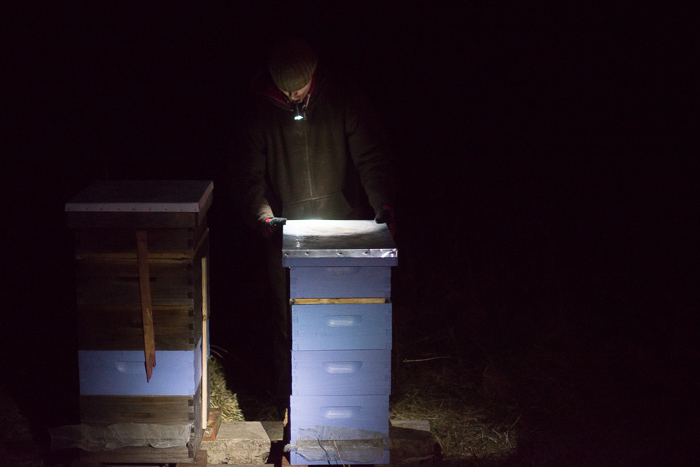 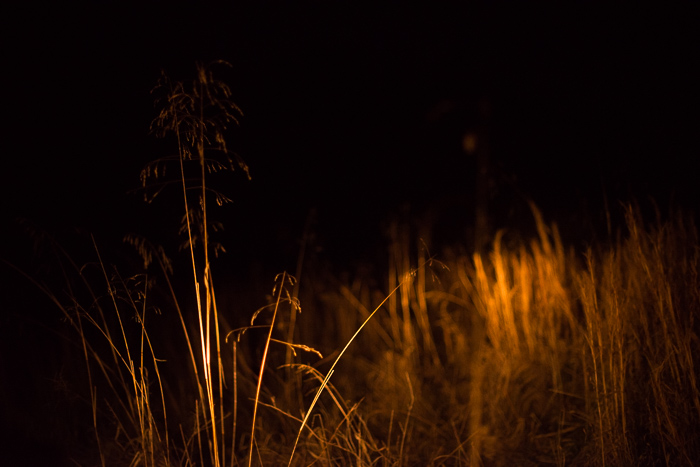 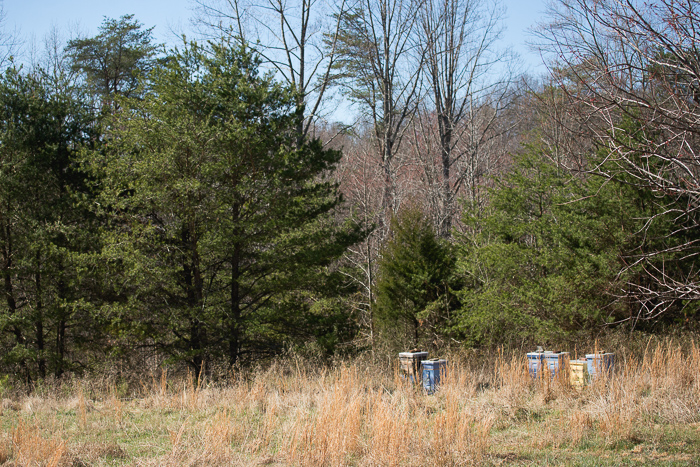 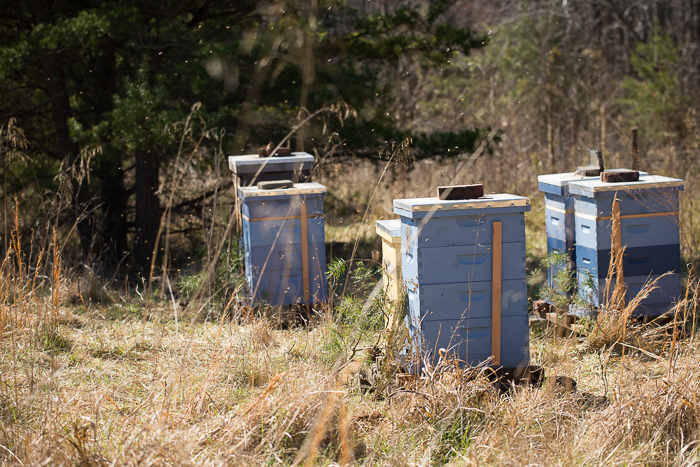 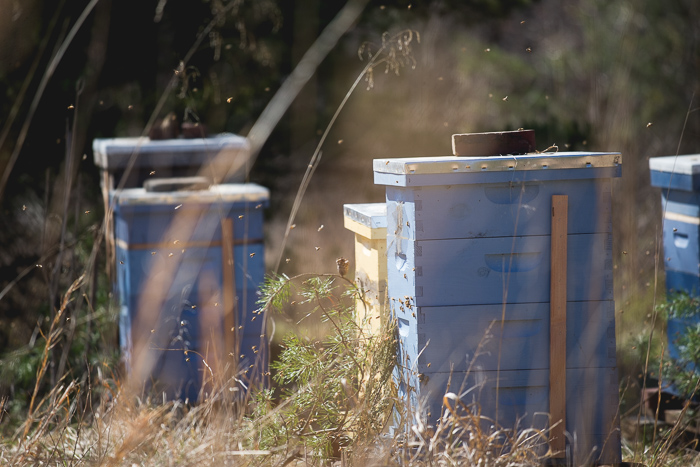 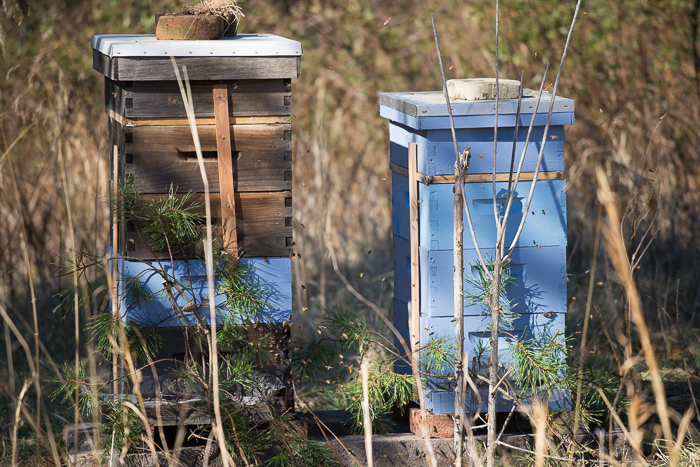 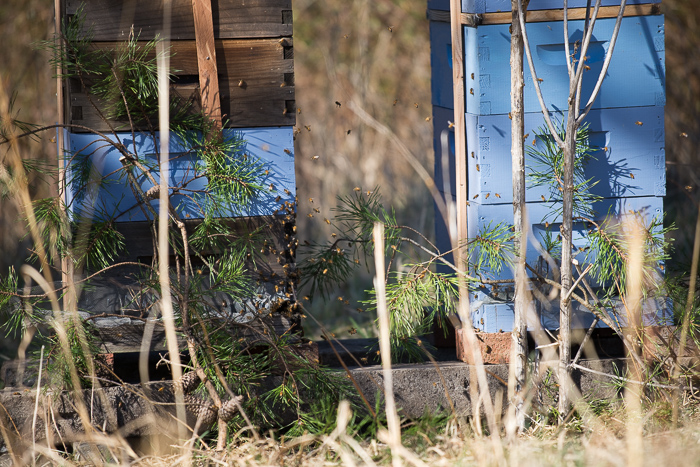 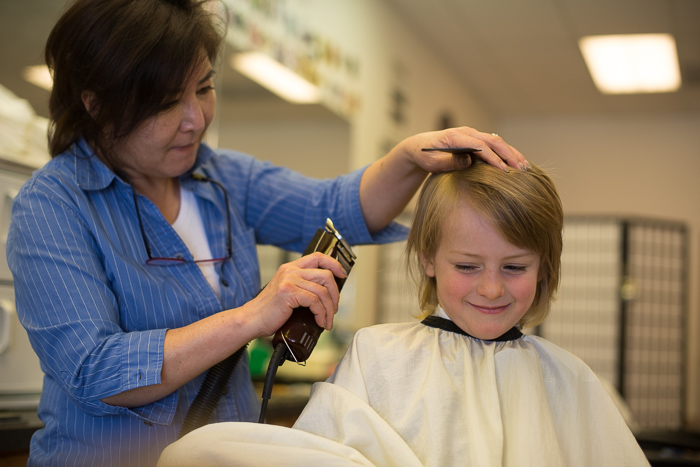 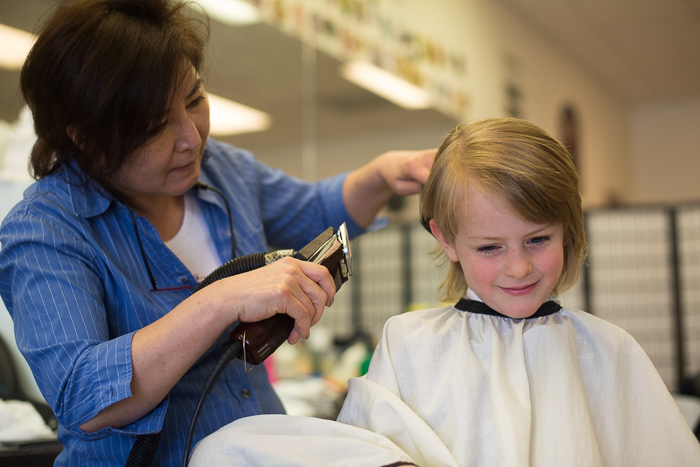 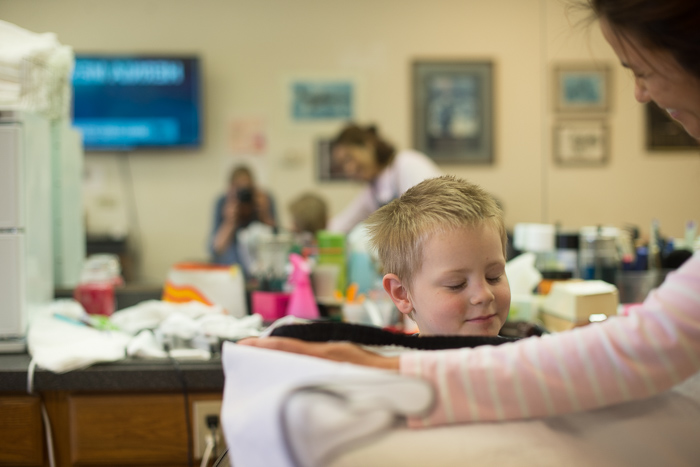 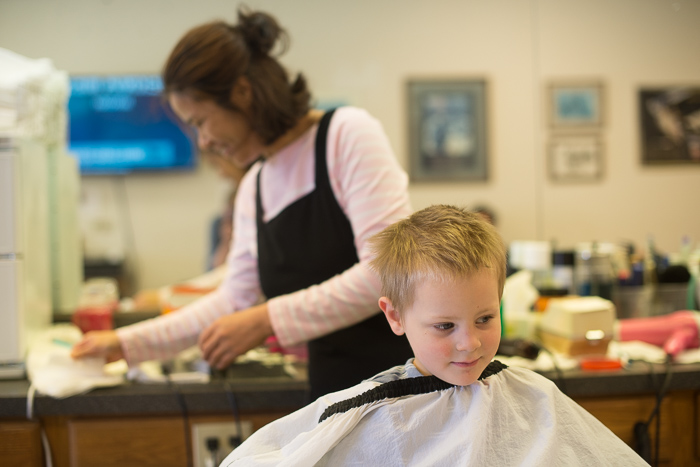 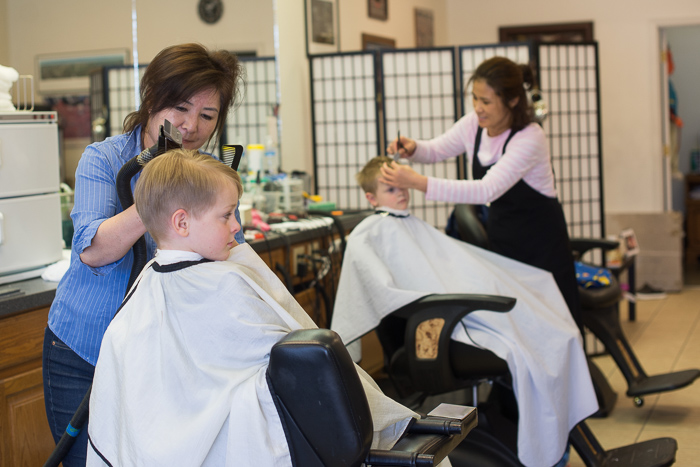 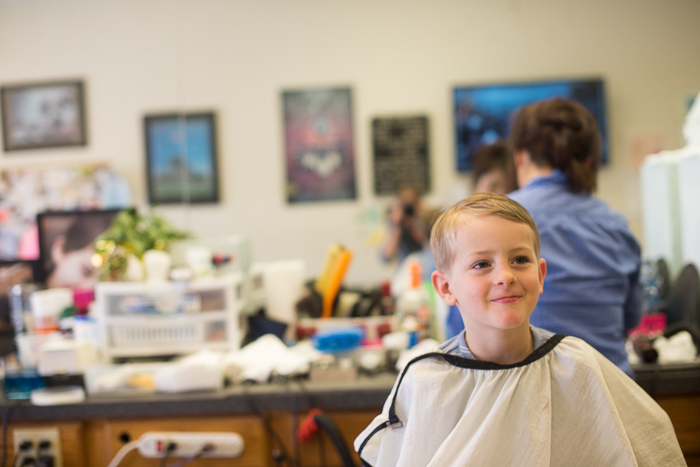 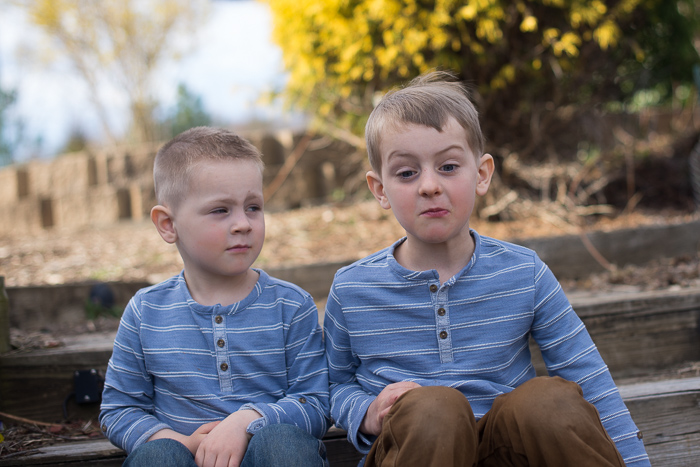 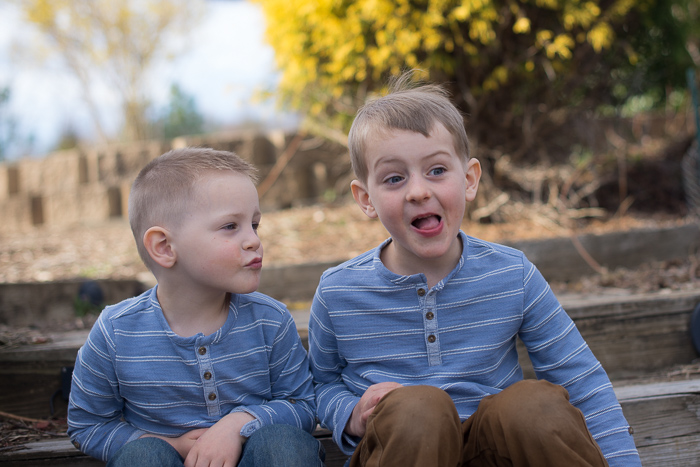 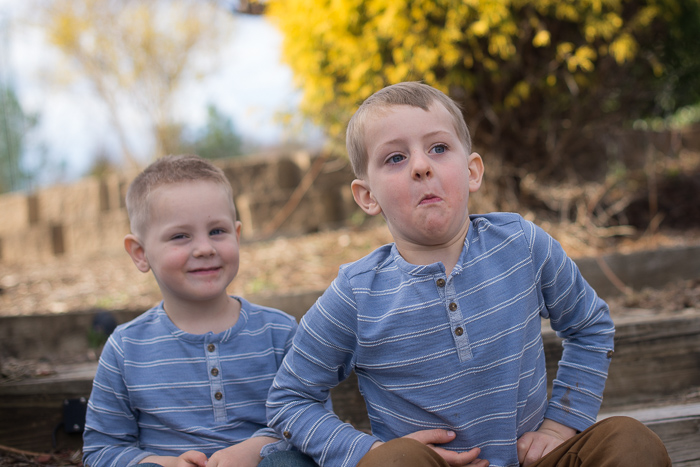 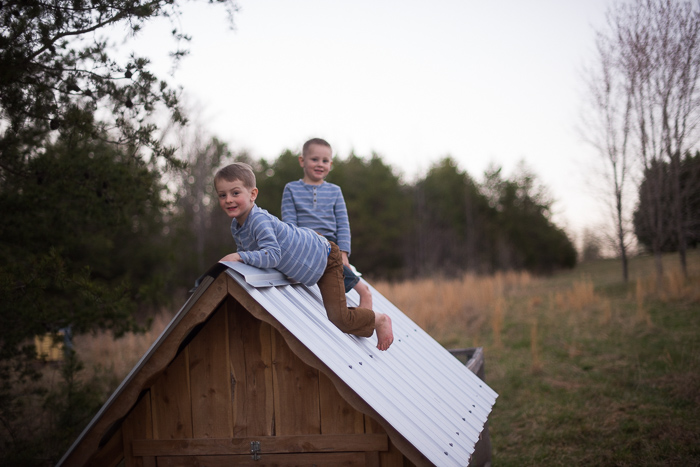 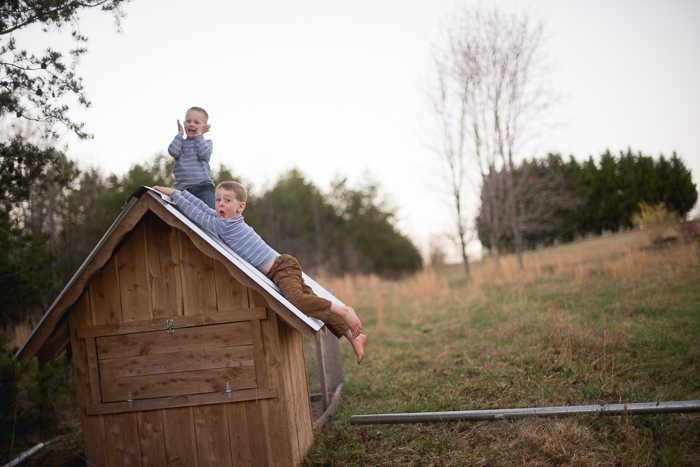 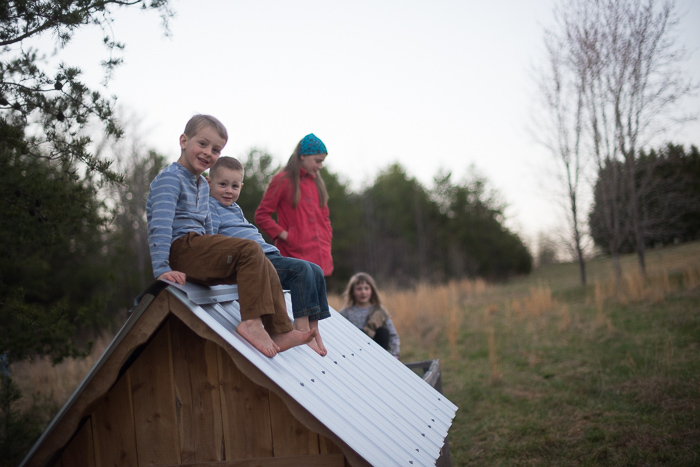 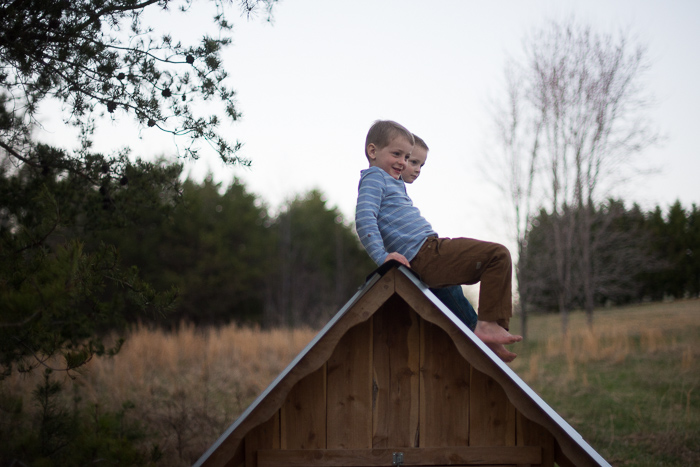 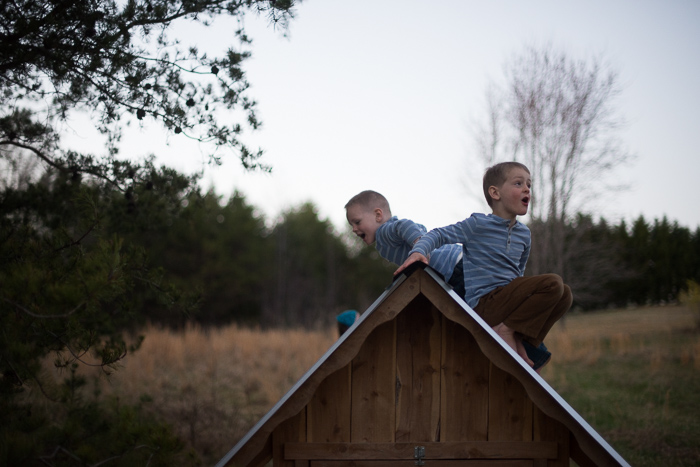 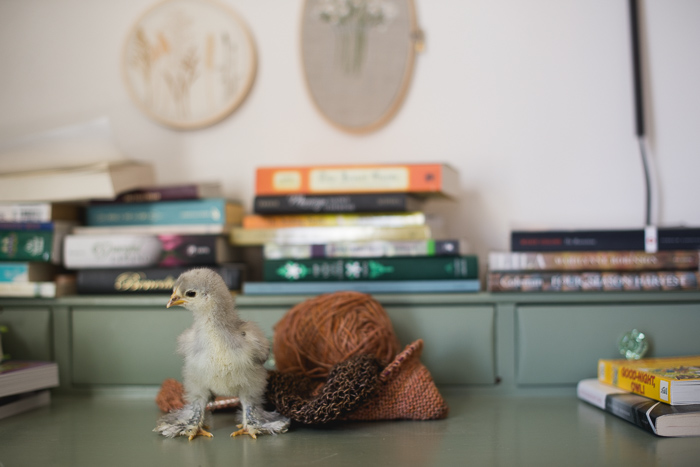 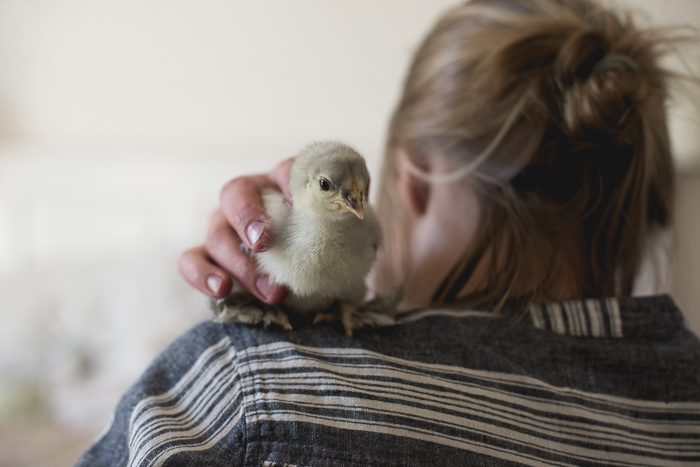 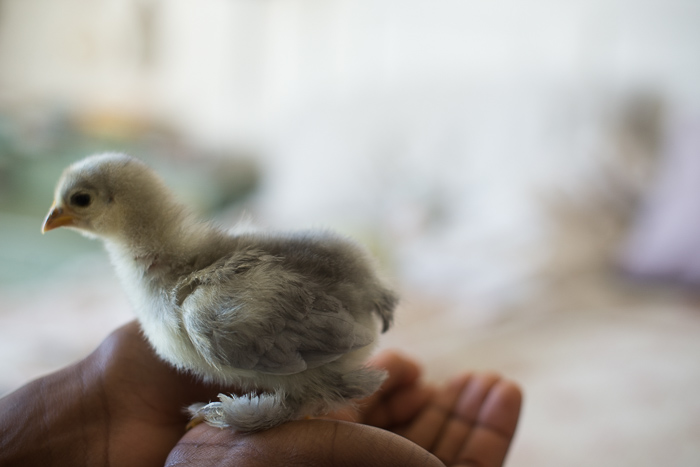 We are in the home stretch of animal and creature moving. The bees are here! Jonny and Gabe moved them late one night last week. We kept them confined for a couple of days before releasing them, and placed obstacles in front of their entrances to force them to re-orientate. Hopefully all will be well with them. We’re having stupid crazy weather here, and after all this warmth, it will be freezing and even snowing this week. SIGH, SIGH, GROAN.

We typically do everything backwards because I am on the compulsive side (maybe, a little) and Jonny supports me in that. (ha!) So, he will be frantically working to finish our big portable chicken coop this week after work each day. In the cold. I really thought it was going to be warm. I should have taken the groundhog seriously!

In all our years of keeping chickens we have never had any “fancy” ones. I don’t know if cochins are considered fancy, but those feathered feet seem pretty fancy to me. Our little blue cochin chick is the cutest thing ever, and she’s so calm! We’ve got a couple little Brahma’s too. Seth and I have been a little obsessive about chicks this year. We want one of every kind. Not happening, but we do have more breeds of chicks than we have in the past.

I took my little boys for real haircuts last week. They are such wild, messy little guys, and in addition to wanting to neaten them up a bit (Job actually had gum stuck in his hair) I want it to be easy to check them for ticks. (Still waiting on Silas’ recent bloodwork results). The woman cutting Silas’ hair made me promise that I wouldn’t cry if she cut it short, and then commented on their good behavior. She then started to compliment me and my parenting skills. I set her straight. Those boys are so crazy, and were mainly behaving because I promised them burgers and fries afterwards! It was a lot of fun to have a date with just the two of them. After we ate, I took them to the library. I want to make this a regular thing for the three of us, despite having to work really, really hard to keep them in line while we were checking out our books. I honestly can’t remember if Seth and Keats had this much energy when they were little. I do know that I am more than ten years older now and that makes such a difference. I am much slower to lose my temper with my little guys now, but I am also much slower in general. Slow can be good, I think, as long as I don’t need to chase anyone down.