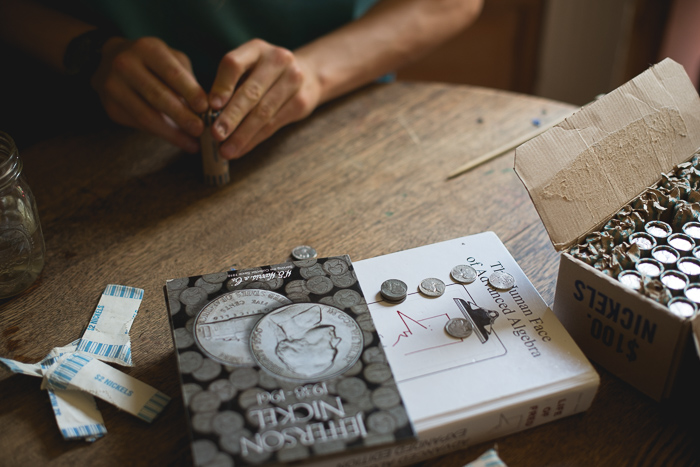 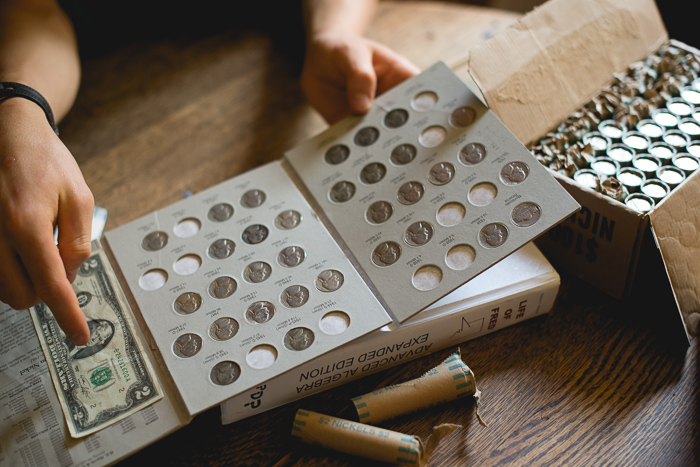 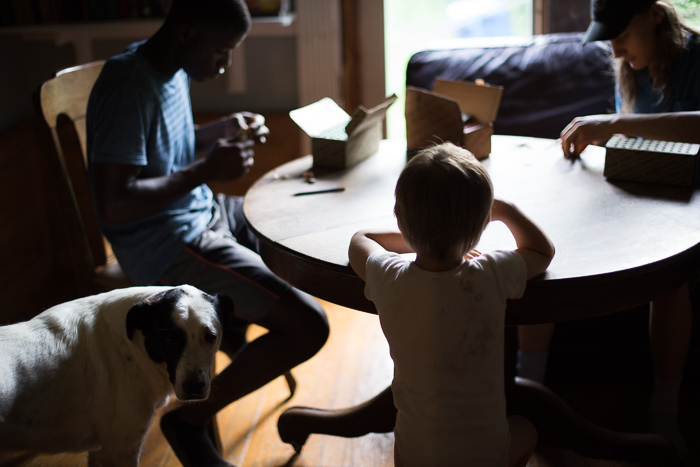 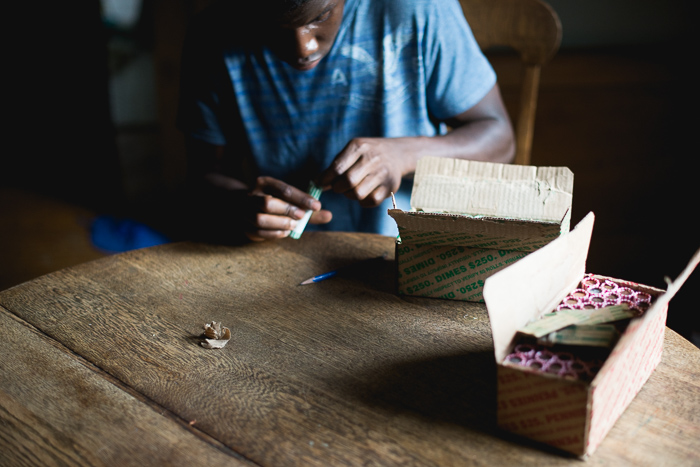 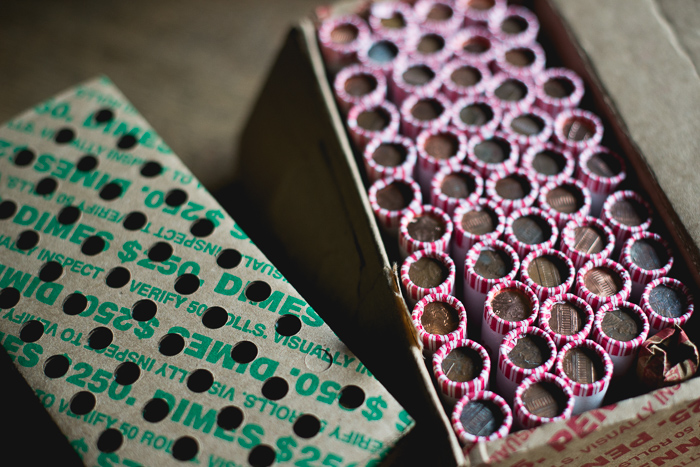 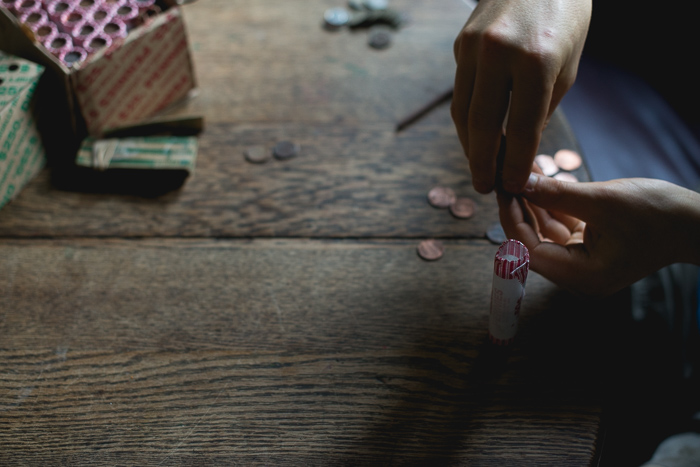 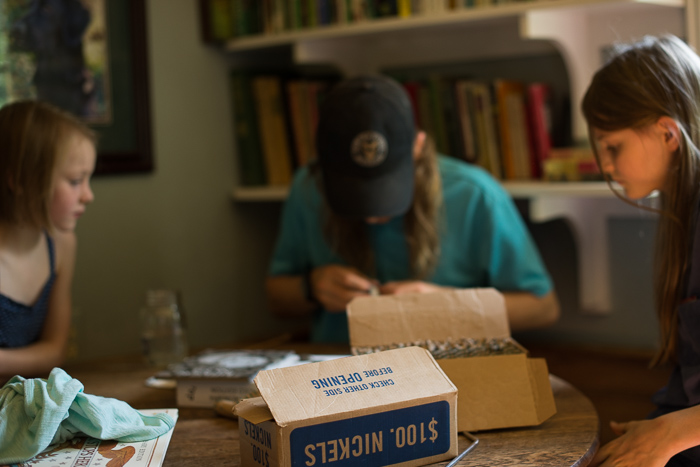 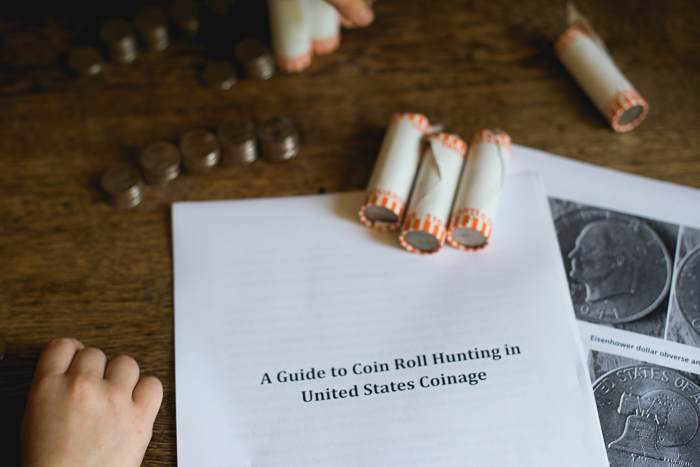 It’s been awhile since I’ve talked about my kids’ (and especially Seth’s) love for coin roll hunting. Rolled coins are easily obtained and can keep kids (old enough to keep them out of their mouths!) entertained for hours. Seth hunts through rolled pennies, nickels, dimes, and quarters, but he’ll tell you that nickels are his favorite with so many different types to look for: buffaloes, war nickels, and the dates to fill a basic nickel album. Recently, being a sometimes good big brother, he started an album of America the Beautiful state quarters with Silas. Silas loves hunting through the rolls with Seth. The combination of attention from his usually pre-occupied older brother, and actually being able to spot the quarters they are hunting for makes Silas really happy.

Over the past four years, since Seth first became interested in hunting through rolled coins for those of value, he has not only maintained an interest in coin hunting, and coin collecting, but he wrote an illustrated guide! He spent many months working on it, and even learned to use my camera and macro lens to photograph the coins. He cropped and edited, with minimal instruction from me. I’m incredibly proud of him for seeing the project through, despite his frustrations with me for not having time for final edits when he would have liked me to. The guide will tell you what to look for in each of the major denominations of U.S. Coins, with photo examples of all.

Seth turned sixteen in September. One of his gifts from me, was my help setting up an Etsy shop for him so he would have a place to sell his guide along with coins, fossils, and other artifacts. Being a lover of Latin, he named it Res Antiquae, which means “old things.” He’s at an age that he is starting to long for bigger and better things…a part-time job, a car eventually. He’s pretty responsible, and I am hoping that he will save his money with those goals in mind.

If you’re looking for a unique birthday or Christmas gift for your kids or grandkids, printing out Seth’s pdf guide along with some rolled coins would be a really fun and educational gift! It’s like treasure hunting without leaving home. Perfect for cold winter days! Also, check out his mixed fossil grab bags! They would make nice stocking stuffers. 🙂

p.s. If you tried to buy the coin roll hunting guide, but it was sold out, it is there now. Seth and I were confused about how to make it renew each time it’s sold!