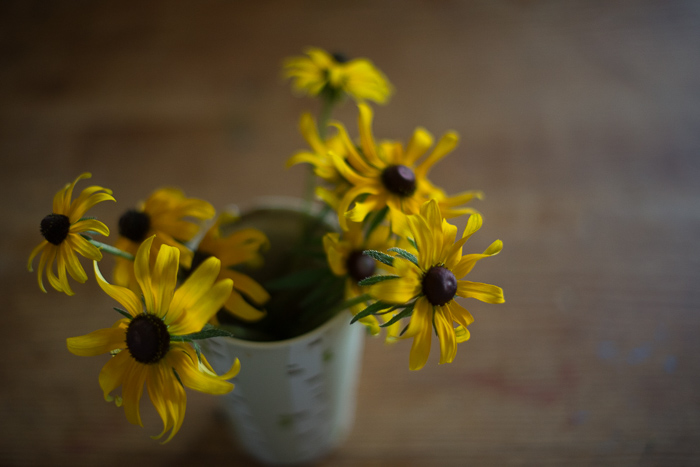 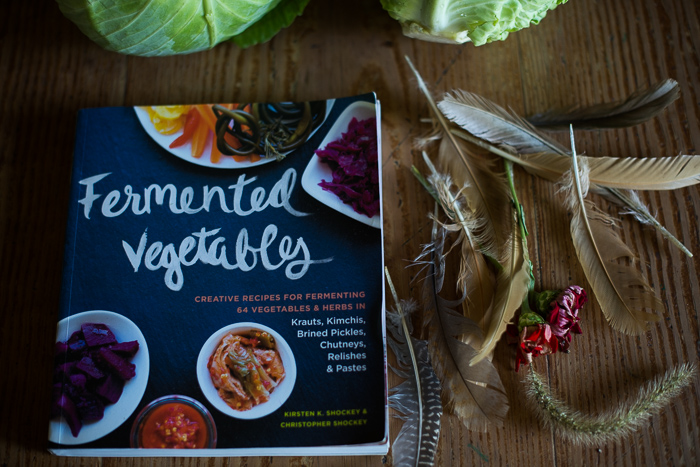 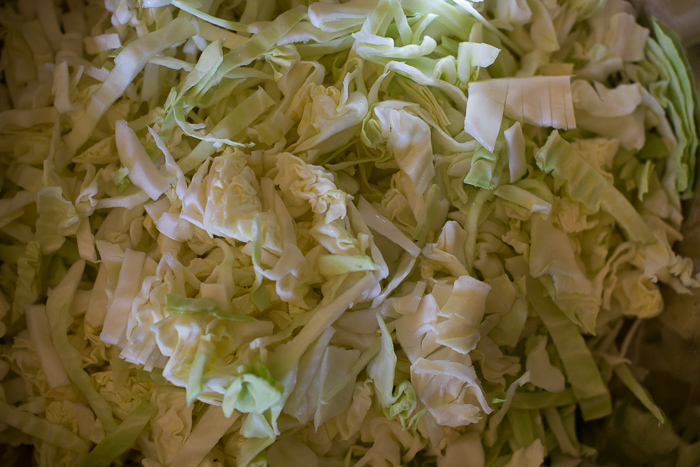 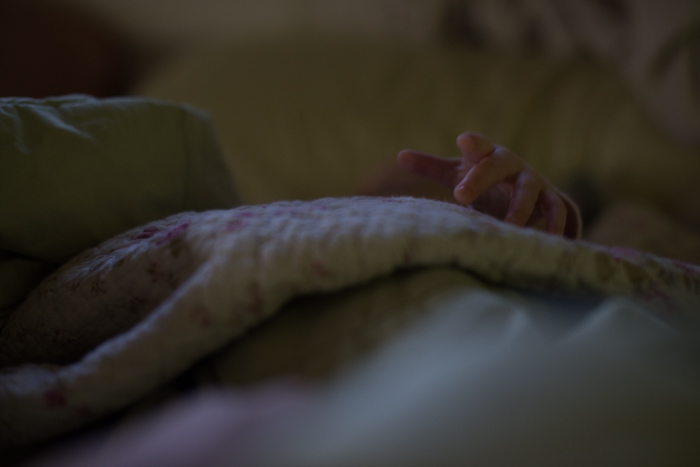 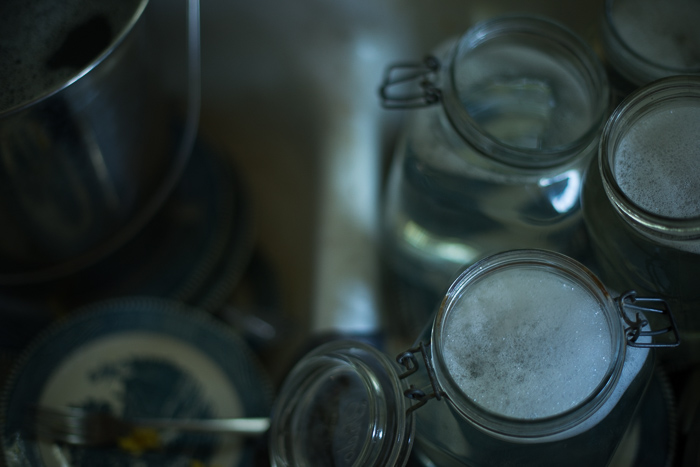 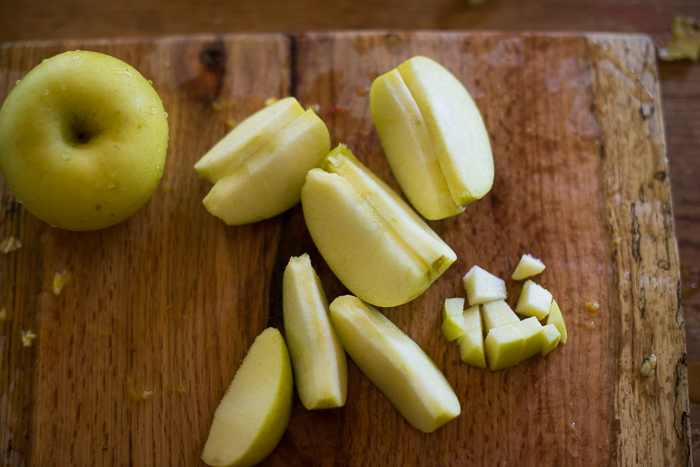 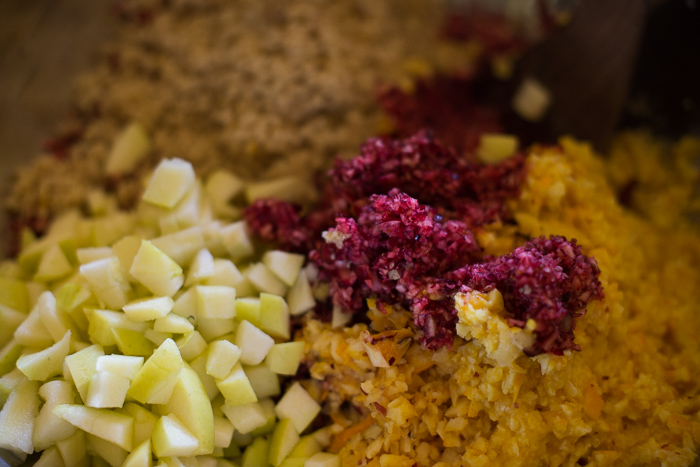 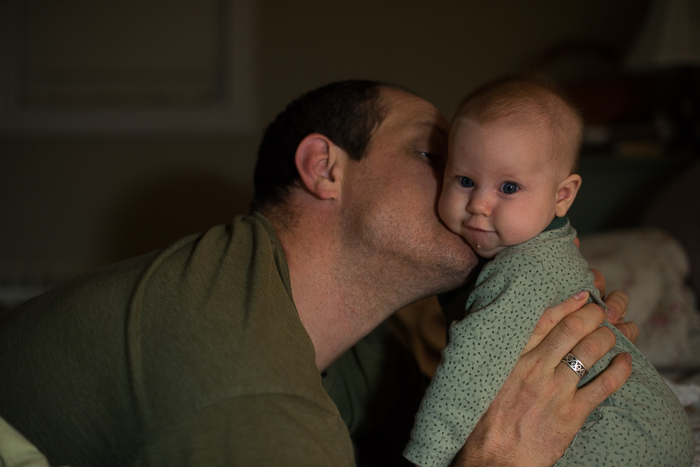 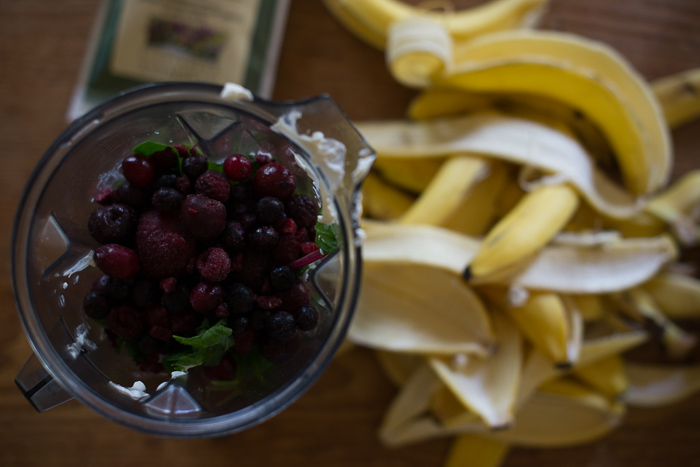 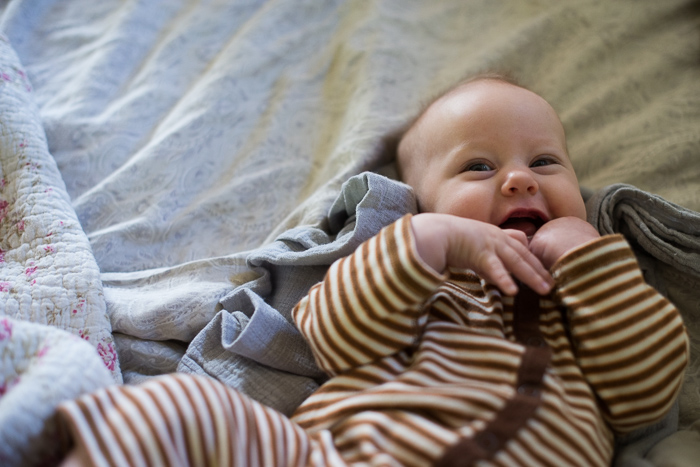 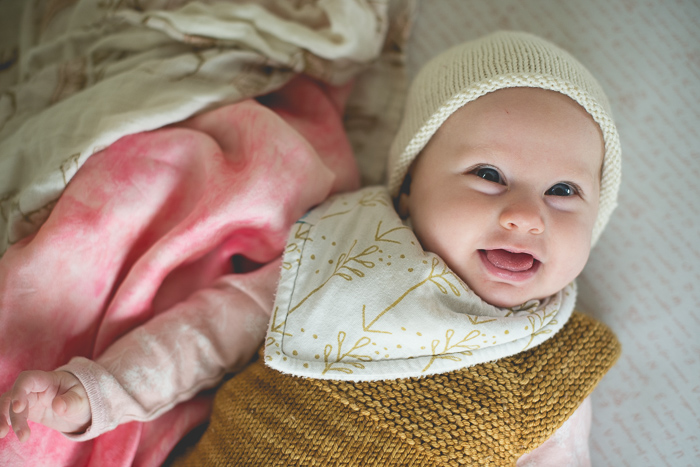 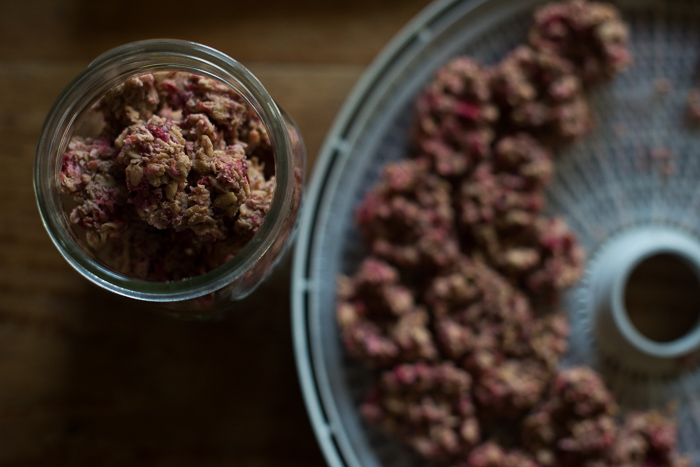 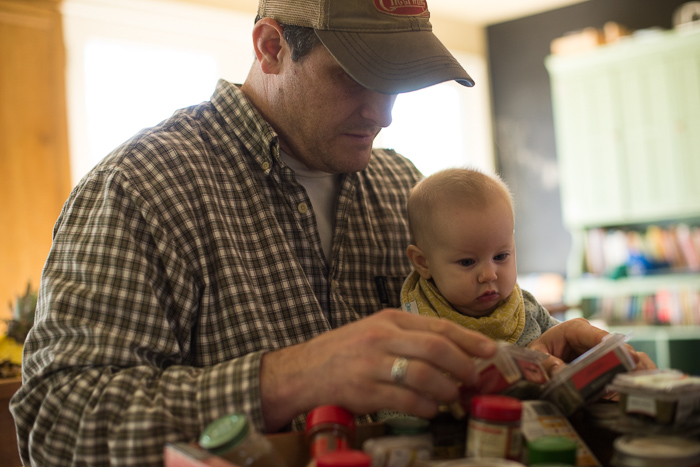 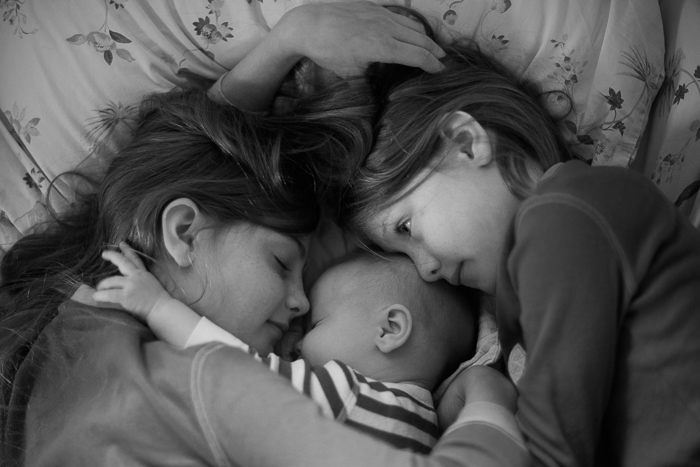 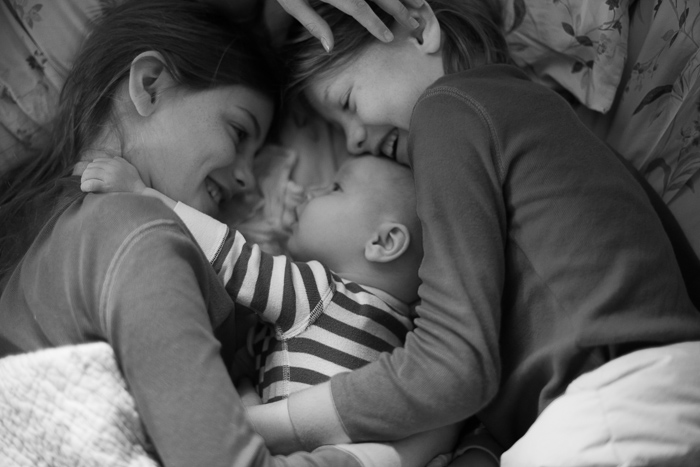 One of the questions that I’ve been asked frequently over my years of blogging is, “What do you do about ticks?”  My family spends a lot of time outdoors, so I guess it’s an obvious question. My answer has always been, “We check for them everyday, and we hope for the best.”  I understand the concern about Lyme disease, but it never made sense to me to avoid the outdoors because of that risk. Maybe the hope was that I would have some secret for avoiding ticks. I am not a fan of spraying chemicals on my kids, though when I was in forestry school, we all sprayed ourselves without a thought, every time we went out in the field.

I don’t have any good method for avoiding ticks. They are abundant where we live, and we just consider them part of life. I did buy a flock of guineas just before Silas’ birthday in May this year, but as guineas do (based on what I’ve heard from others), our flock went from ten to two over the course of the past few months. But I do think they’ve helped. We’ve seen fewer ticks this summer.

Just before Mabel was born, Silas had an episode of swelling and pain in one of his knees. He told us his legs were broken. We assumed he had bumped it, fallen down while running around in the yard. After a day or two the swelling went down and he stopped complaining. We were caught up in preparing for Mabel’s birth, but I think both Jonny and I were a little troubled. Was this the first time he’d complained? Was this the first time his knee swelled? Or had this happened before?

After we brought Mabel home, Silas’ behavior turned wild and crazy, more so than his typical five year old self. We blamed it on the new baby and hoped he would eventually chill out. Then, in early September, he had another episode of swelling in his knee. This time, I called our pediatrician and made an appointment for the same day. I knew that this wasn’t normal. Examining his warm, swollen knee, she was concerned that he might have rheumatoid arthritis. She ordered labs testing to rule out leukemia, arthritis, and lyme disease. “I see a lot of Lyme this time of year,” she said.

Preliminary results ruled out the scariest scenarios, though his blood work indicated that he was fighting a parasite, or maybe allergies. “Let’s wait on the Lyme results, and go from there,” she told me. The following day, she called with his positive test for Lyme disease. I felt terrible for not having had him tested sooner, for dismissing his swollen knee as the probable result of a bump. My doctor reassured me, “This is better than the other possibilities we were testing for. I can treat this.”

We started him on a month long course of antibiotics, and almost immediately, his behavior became worse. That month was incredibly difficult with Silas, my thoughtful artistic child, wild and explosive, screaming erratically and bouncing off the walls. (And of course Job copies his every move.) We blamed the red dye in the medicine, the die-off of all his body’s good bacteria. I blamed myself. I know the signs of Lyme, why did it not occur to me to have him tested the first time his knee swelled?

We are about two weeks post treatment now, and I think Silas is calming down. I am working to rebuild his gut with healthful food and supplements, and trying not to be haunted by the countless Lyme horror stories out there. (Yes, I have googled, and googled, and read, and read.) We’ve eliminated family ice cream nights, and sugary desserts in general. I’m thankful that I can buy fermented pickles at the grocery store, one of the few fermented foods that Silas will eat. I made a big batch of my favorite fermented food, cranberry relish. It’s really good for you! We eat it in plain whole milk yogurt, and also use it to make cranberry granola.  I pulled my copy of Fermented Vegetables off the shelf and made sauerkraut, though we haven’t tasted it yet. A friend recommended chlorella in smoothies, so we’re doing that every day. Greens, goat milk, bananas, berries, pineapples, sometimes cranberry relish, and always the chlorella (can’t even taste it.) The same friend recommended rose geranium oil to repel ticks, so we’re going to try that as well.

At the end of the day, I can’t change the past, but I can do my best moving forward to help Silas heal.

I’m still working to make peace with nature. It hasn’t been easy for me, the girl nicknamed Nature Girl, no less, in her childhood. Ever since my dear friend Sarah was attacked by yellow jackets on a nature walk with her kids, resulting ultimately in her death, I’ve been battling fear, even two years later. It lurks deep inside me, surfacing when I least expect it. About a month after Mabel was born, I ventured out into our backyard with her, just wanting to get outside, to walk around a bit in the fresh air. About a hundred yards away from the house, I started to feel nervous. I had the thought, “What am I doing out here with a baby? How reckless to have her out here like this!” I turned to walk quickly back to the house, to get her to safety. It took me a few minutes to recognize that my thoughts weren’t rational, but based in fear, in past trauma. So yeah, I’ve still got work to do, but I’m battling it, and I’m beating it.

Every day, I’m more myself, and so is Silas. These things can’t be forced, but I pray that his body heals faster than my heart and mind have.

p.s. I realized I’d written a post all about Silas, without a single photo of him in it! Mabel is much better at sitting still for photos. Here are a few from the other day when he made pokeberry dye on the milking stand, (Gabe’s dirt bike project in the background.) 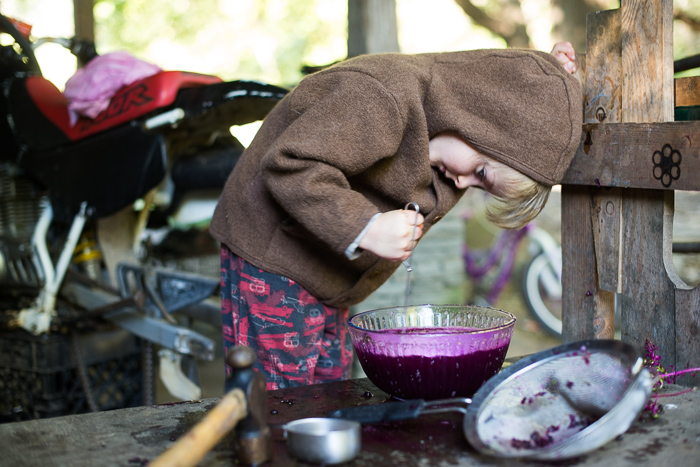 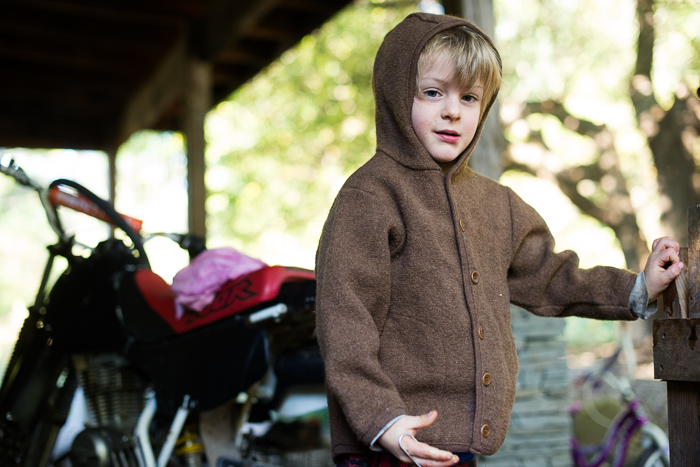 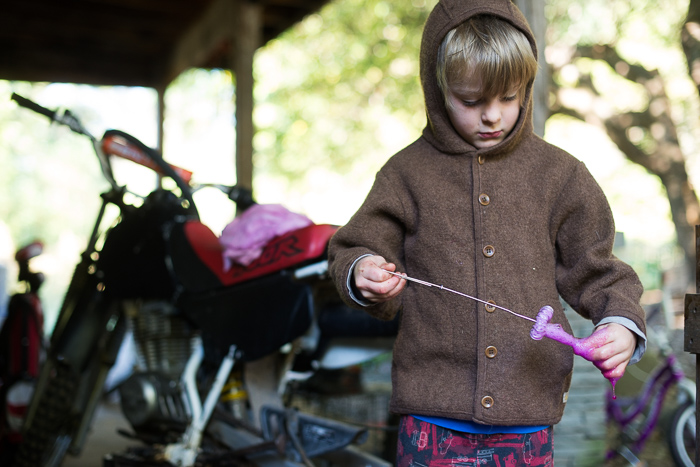 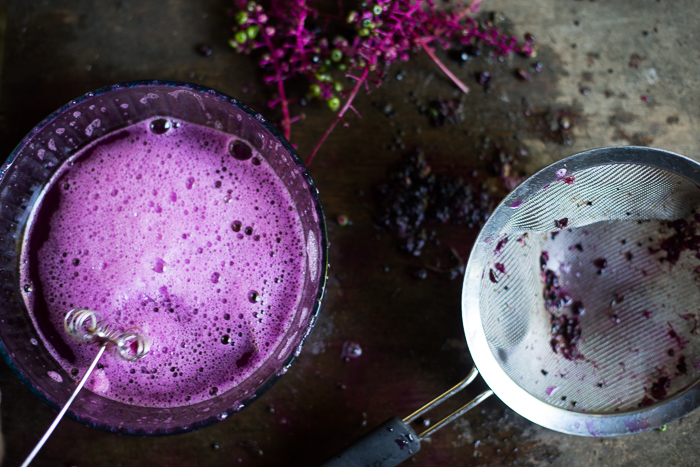