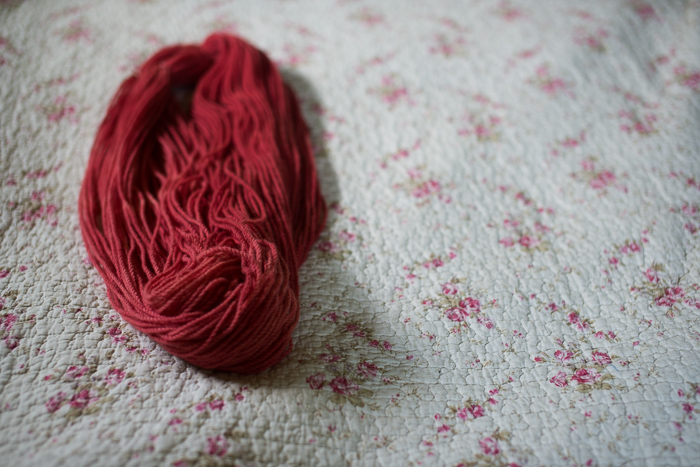 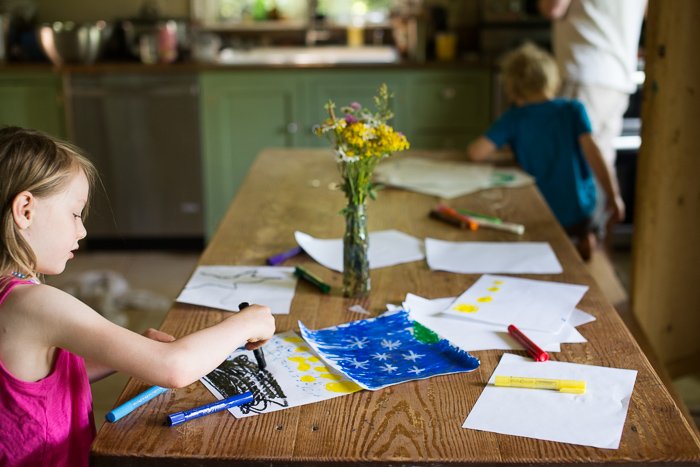 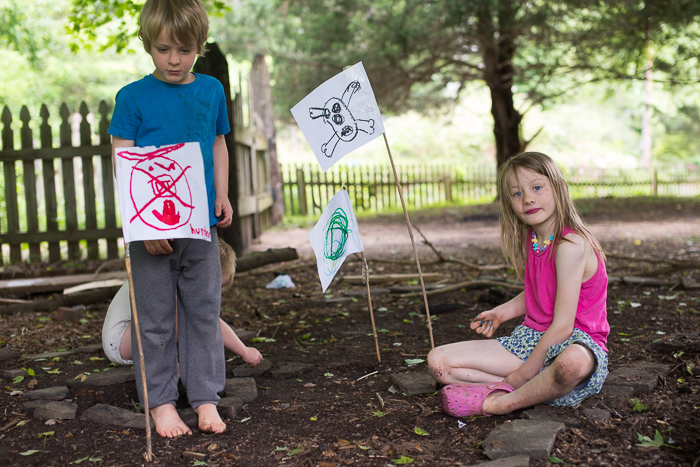 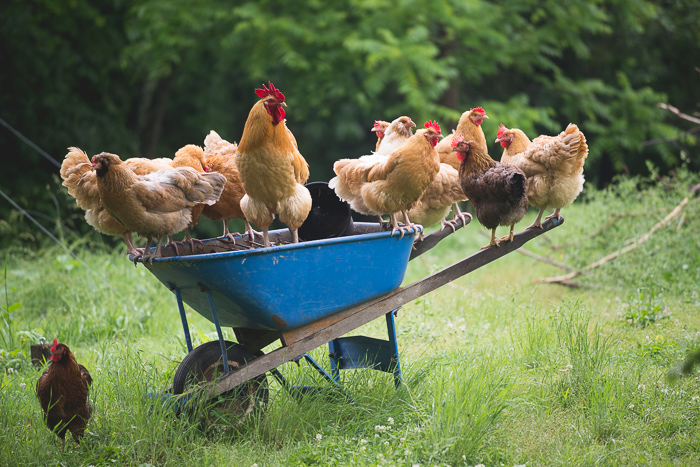 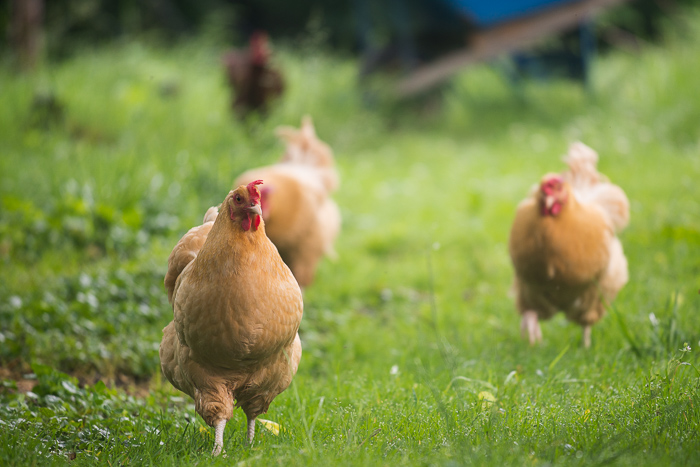 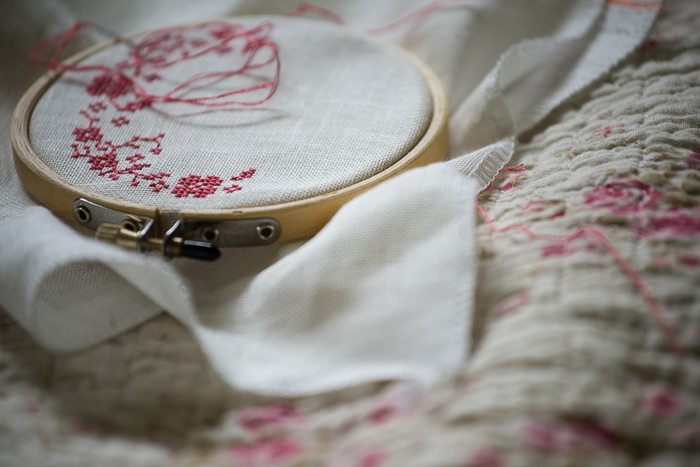 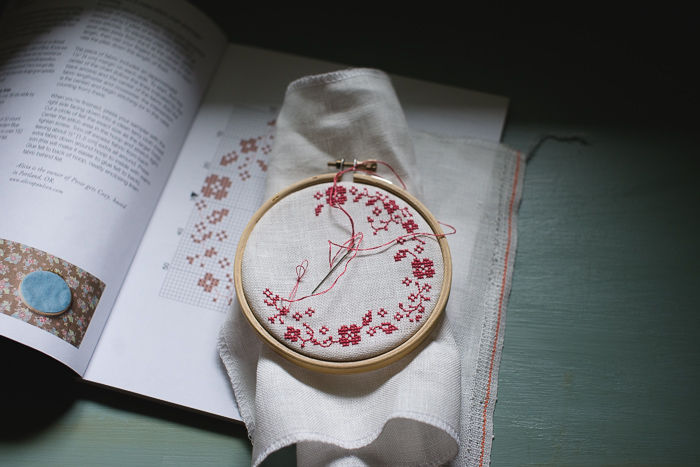 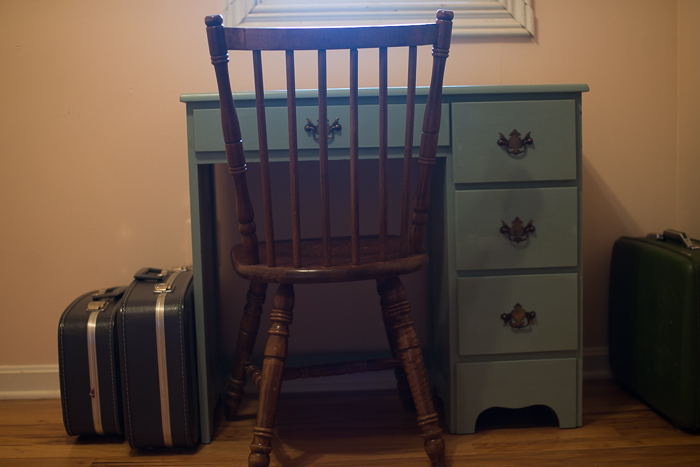 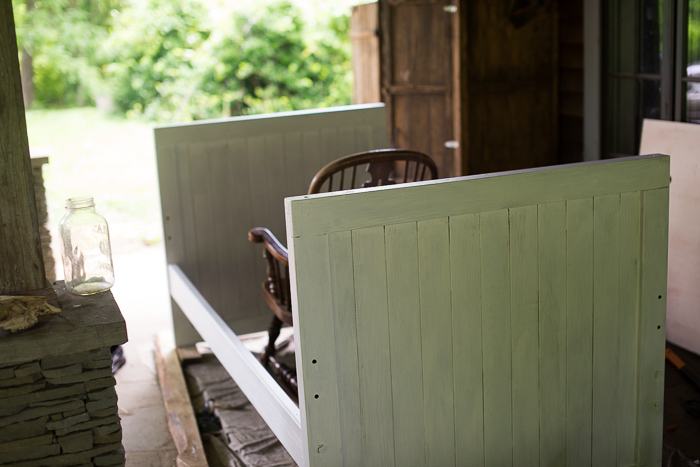 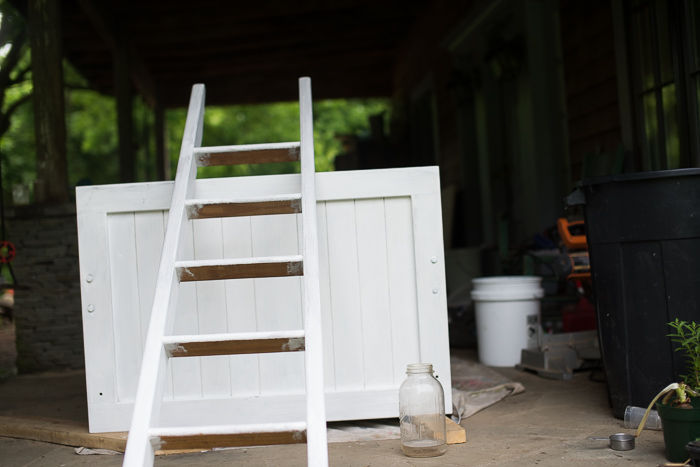 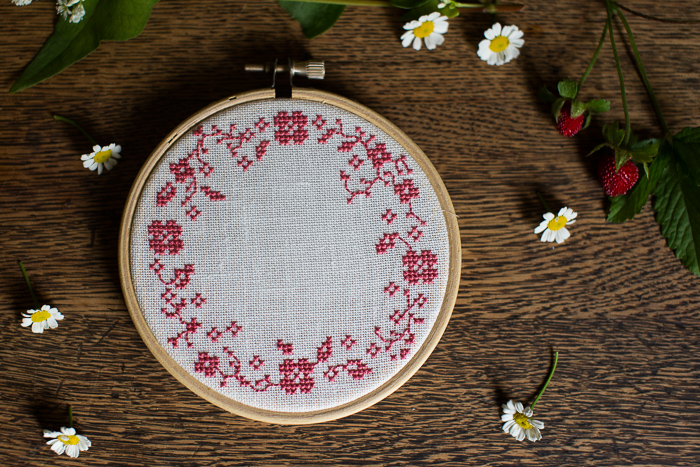 This weekend was kind of nuts.  We spent Friday working on Larkspur and Beatrix’s room re-do (Last minute crazy pregnant lady project.  So much painting involved.)  Friday night Jonny set the alarm for 4:30 a.m. so he could travel with Keats and Gabe (Silas and Job in tow) to an out of town baseball tournament for the weekend.  We fell into bed close to midnight, and I woke up shortly after with a nasty headache, and that stomach bug feeling.  Thankfully, the bad stomach passed, but the headache remained.  I was still awake when Jonny and the boys left.

Saturday was meant to be spent working on the girls’ room, but I was feeling kind of terrible so instead I did the logical thing and started a new cross-stitch project.  (Alicia Paulson’s Florabella from the first issue of Making Magazine.)  I think this was just my natural reaction to having Lark and Bea’s stuff exploding all over the downstairs and feeling too crappy to deal with it.  Hide from the mess, make something pretty.  (There are so many pretty things to make in that magazine!  I already have yarn for three of the knitting projects.)

Saturday night things went downhill as Beatrix started feeling sick and Weasel felt like he needed to bark non-stop, I assume because Jonny and the boys weren’t here and he was nervous about that.  I emailed Jonny at 2 a.m. with the subject line, “Horrors” after getting Beatrix situated after a puke session.  He replied around 7 a.m. letting me know that Job was now throwing up in the hotel room.  Such good times.  Who needs sleep?

Anyway, despite the fact that my habit is to start cross-stitch projects and then spend ages actually getting around to finishing them, Florabella was completed over the course of the crazy, sick, bedroom re-do, menfolk traveling weekend and it’s hanging on the wall over my desk now.  Such a lovely manageable project and maybe the reason that I didn’t lose my mind over these past couple of days.

I ordered the linen called for in the pattern, in antique white, along with Weeks Dye Works floss in Bluecoat Red and a 4″ wooden hoop from 123stitch.com

Oh, and that red yarn!  It’s a skein I dyed for a friend with madder root.  It matches the cross-stitch!  The photos of Bea (in hot pink lipstick–maybe she’s attempting to graduate from markers to real make-up?) and Silas are from last week.  They were painting with these paint sticks that Silas got for his birthday.  They have been very popular with my kids.  And, some of you asked about the colored pencils in Silas’ birthday post.  We’ve used these pencils for years and I recently restocked.

Girls room details soon.  It’s such a tiny little closet of a room that photos are hard, but I will do my best!  I’ve been painting bunk-beds on our disaster of a front porch for two days.  Almost finished.