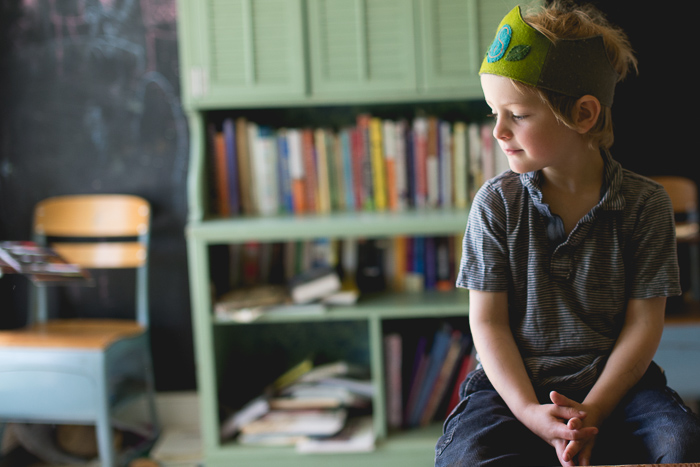 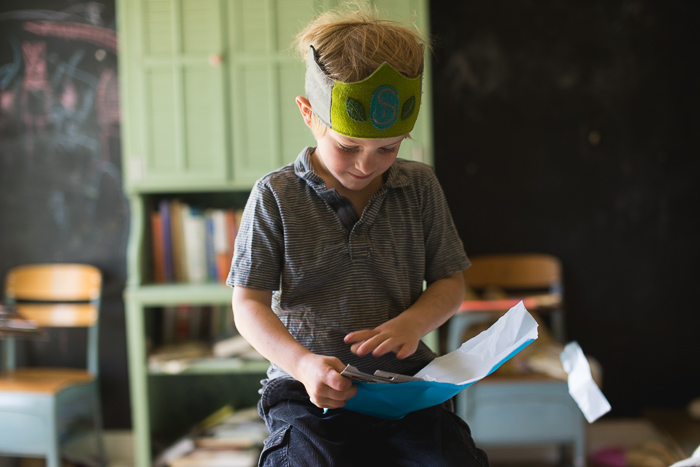 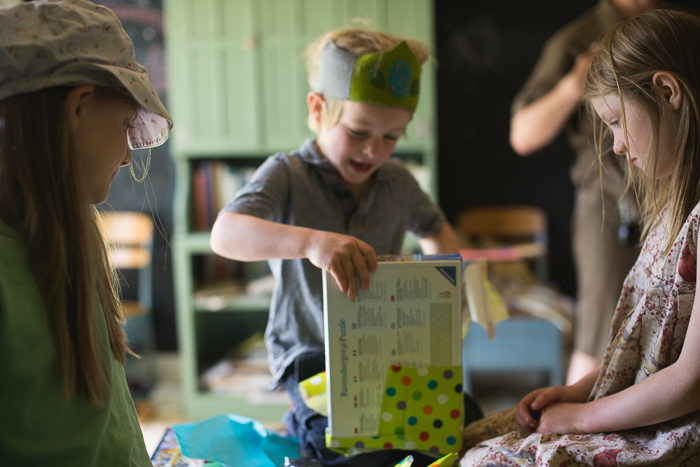 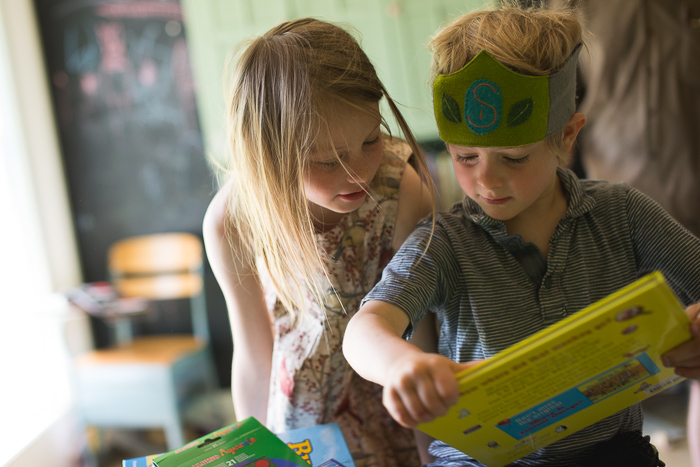 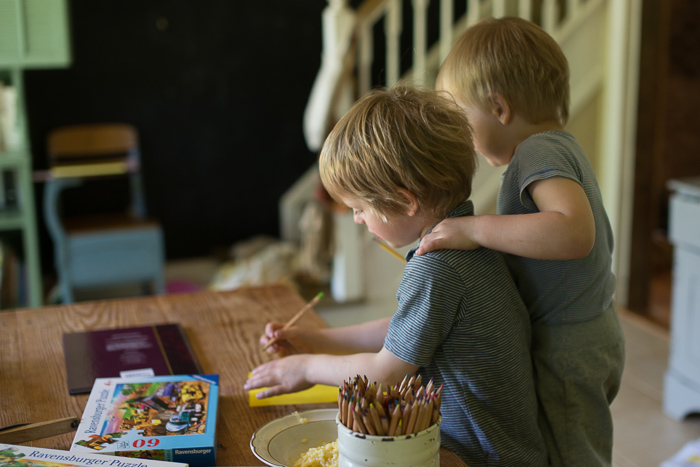 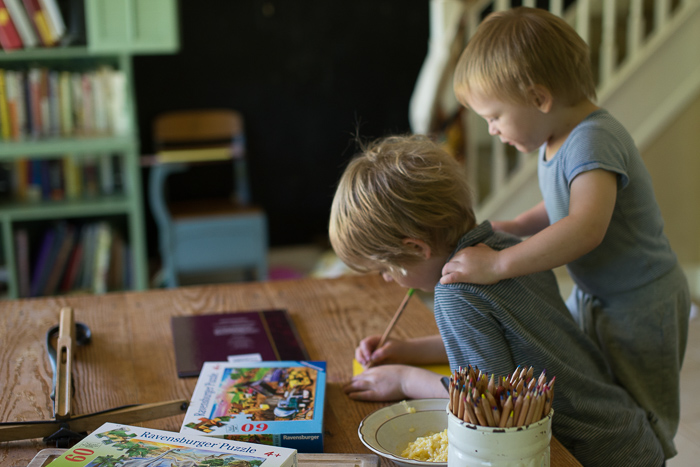 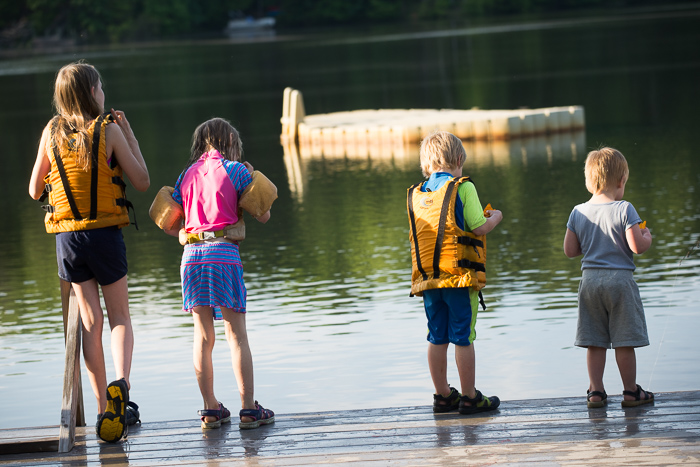 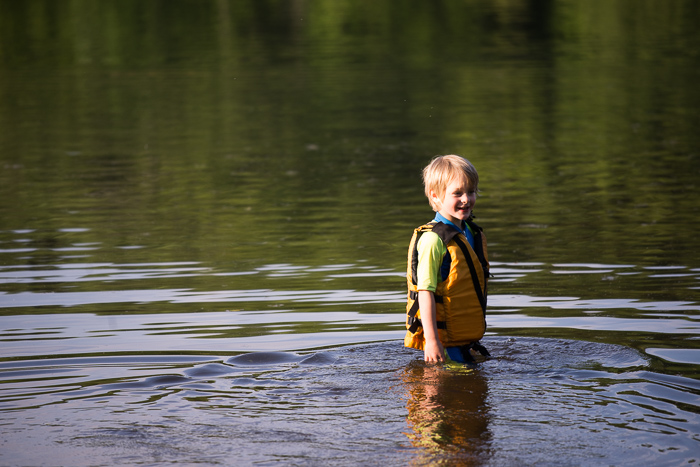 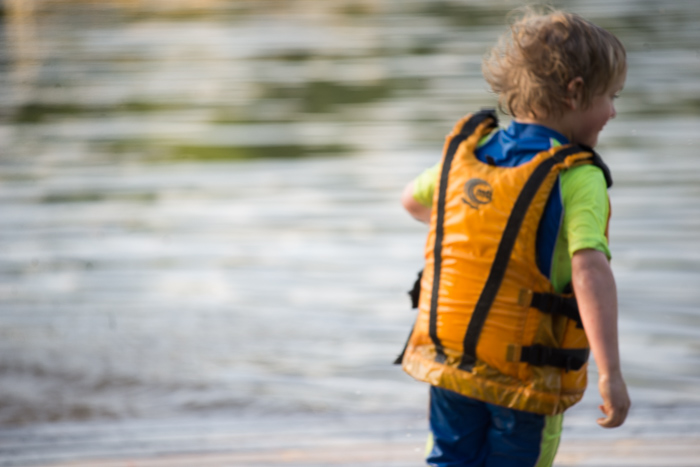 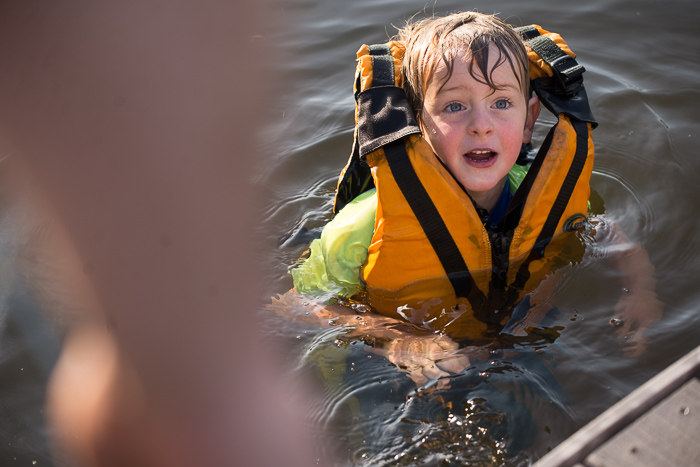 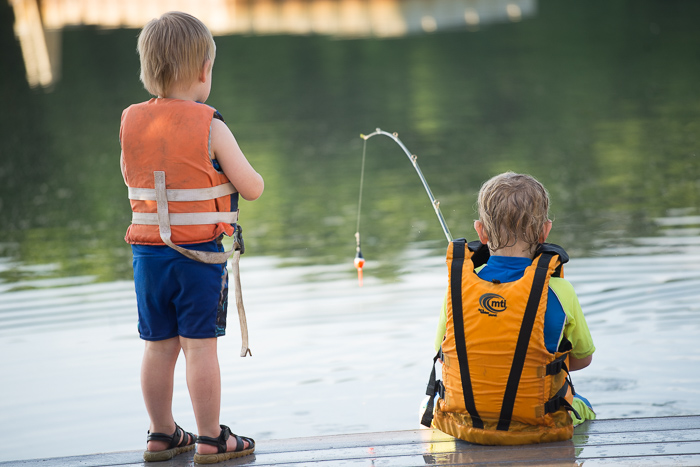 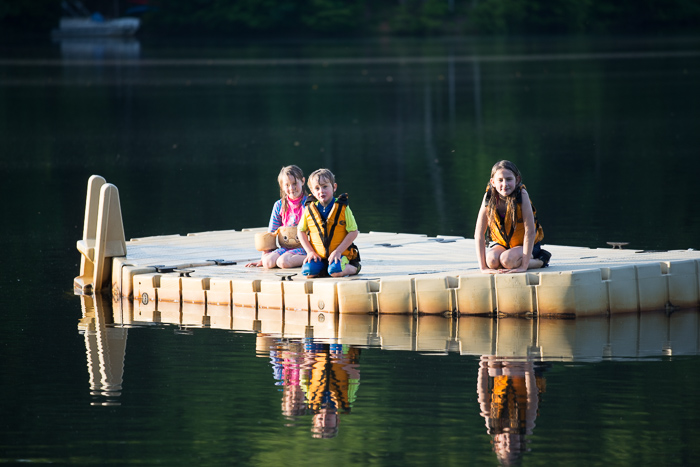 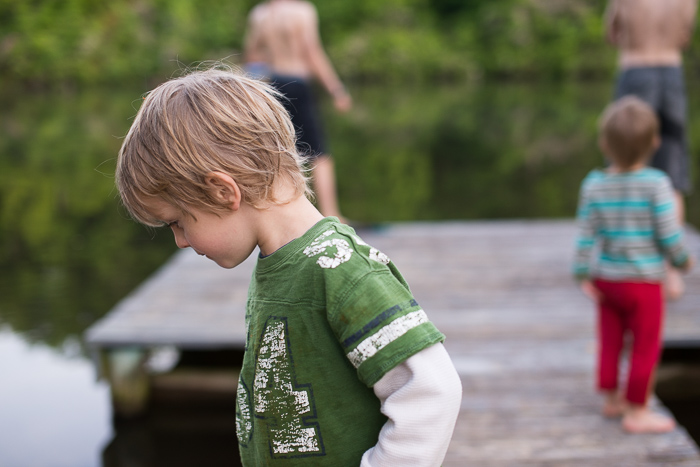 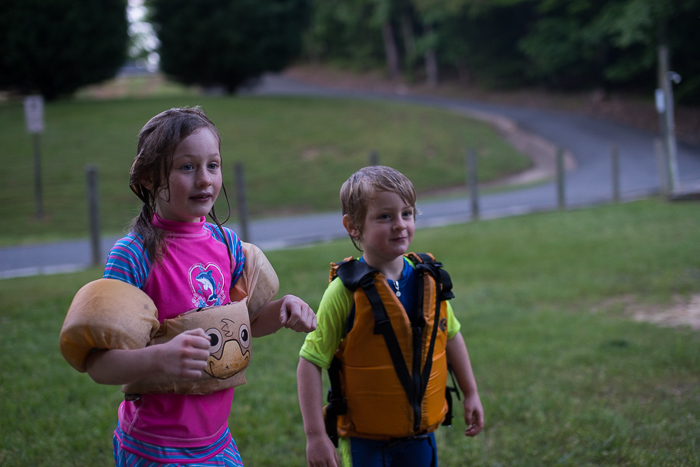 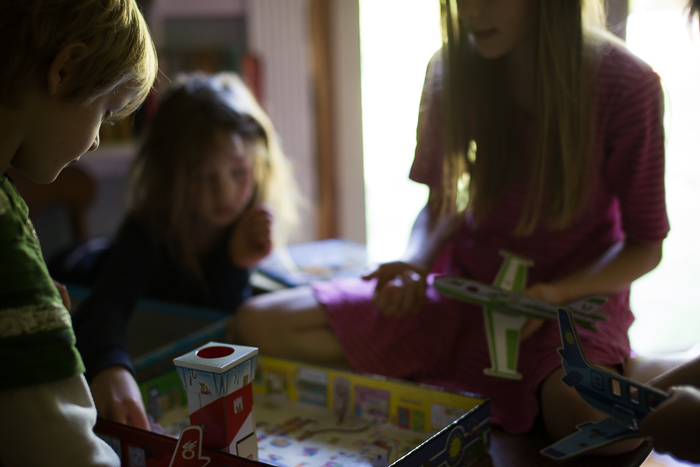 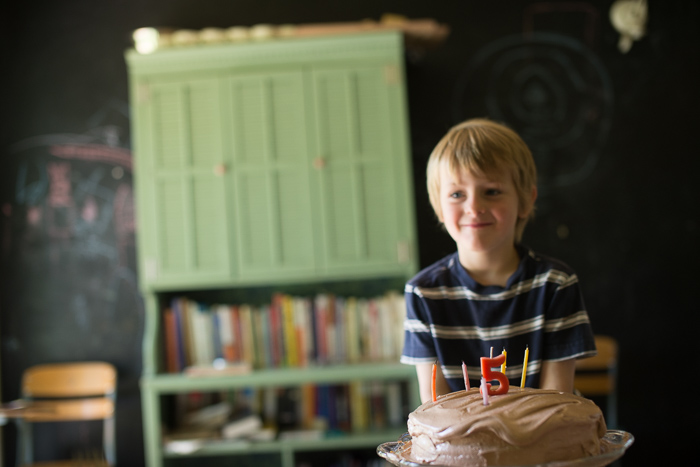 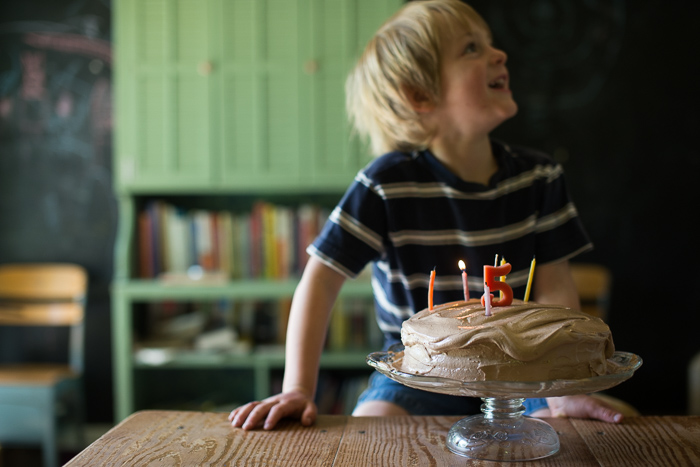 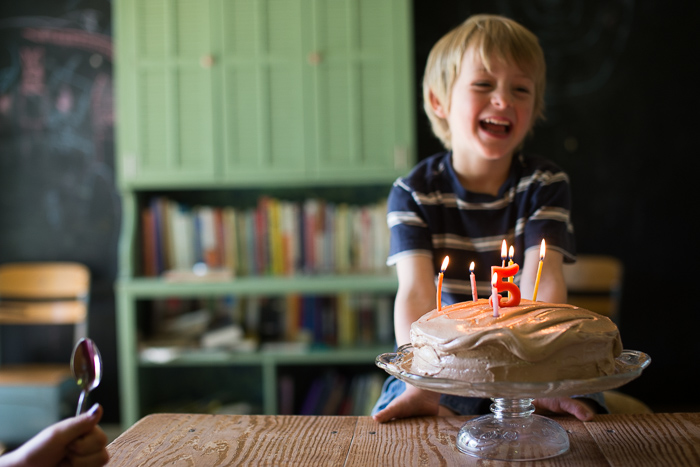 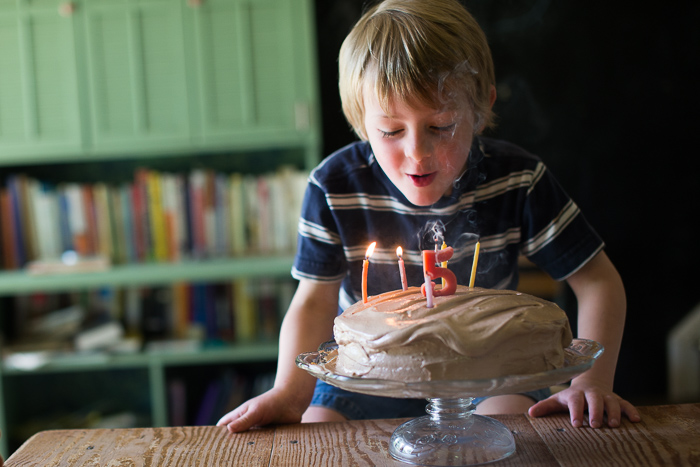 We started celebrating Silas’ birthday on Wednesday, and his plan for the day included a morning bagel run with Daddy followed by opening presents.  For lunch he wanted my risotto, or “yellow rice,” as he used to call it, before he turned five.  When I called it “yellow rice,” yesterday, he corrected me.  “Mommy, it’s called risotto.”  So I guess he’s all grown up now.  Five!!!

Nothing happened on schedule and by the time we finished eating what was meant to be lunch, it was nearly four o’clock.  Time to start cooking spaghetti and meatballs and making frosting for the cake.  But instead we threw all plans out the window and headed to the lake for fishing and swimming, per Silas’ request.  We ate junky chips and hot dogs and the kids had a great time.  On the way home Silas tried his hardest to stay awake, but he couldn’t.  By the time we pulled in to our drive, it was ten p.m. and he was sound asleep.

This morning when he woke up he came to me and asked (with big, big eyes) “Mommy?  Since I didn’t have any birthday cake last night with everybody else, can I have some now?”  I could have cried.  I quickly told him, “Oh sweetie!  We would never eat your birthday cake without you!!!  It’s still downstairs wrapped up, we haven’t even made the frosting yet.”  He smiled with relief.  Dear, dear Silas.

So, on day two of his birthday we had smoothies and popcorn, vanilla cake with chocolate buttercream, and spaghetti with meatballs.  He played his new game, and worked on puzzles.  He did lots of art.  All the Silas things.  Seth took him on a long explore in the woods.  He walked the whole way himself, because he’s five now.