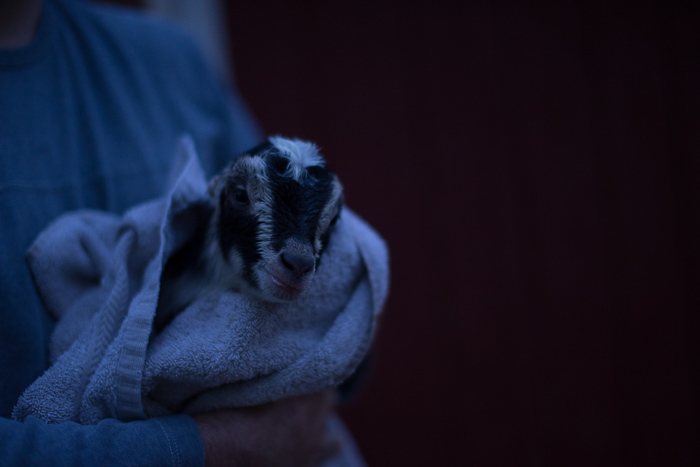 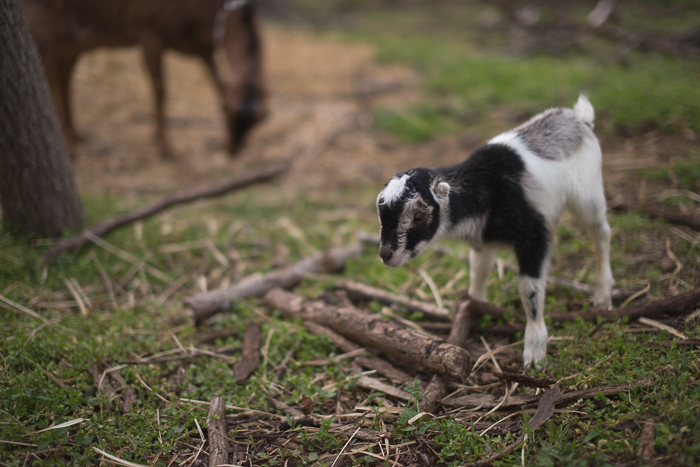 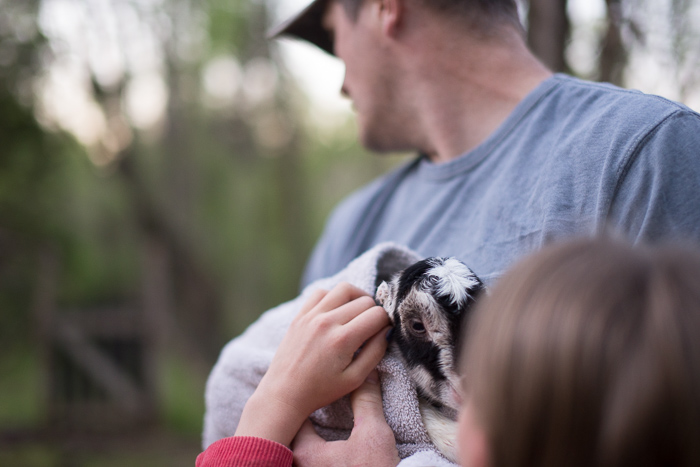 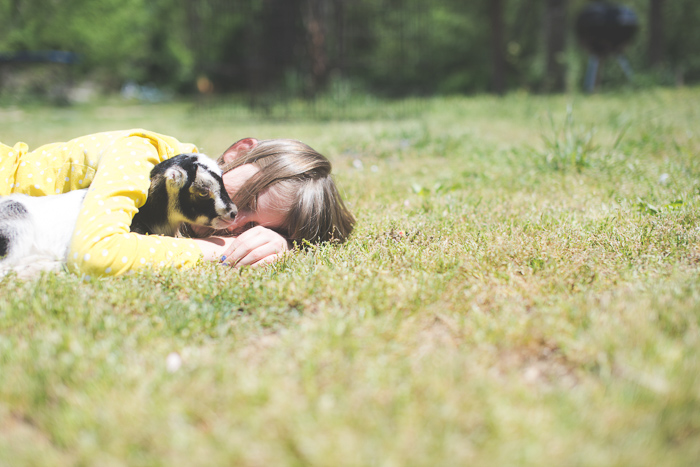 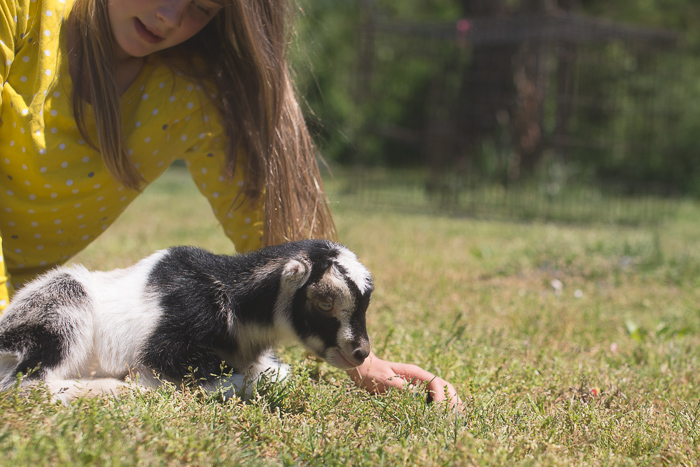 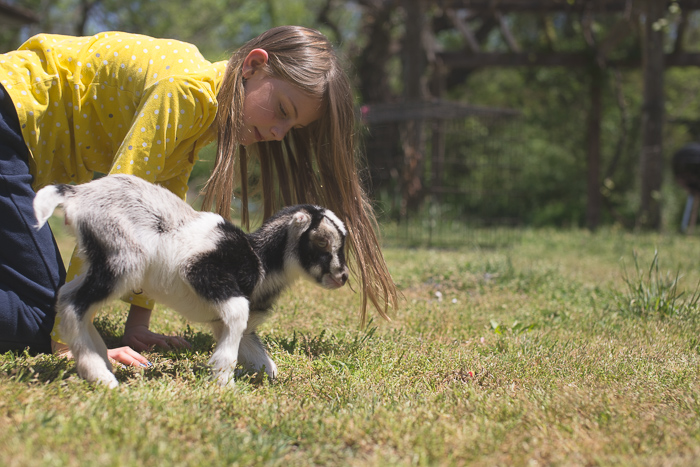 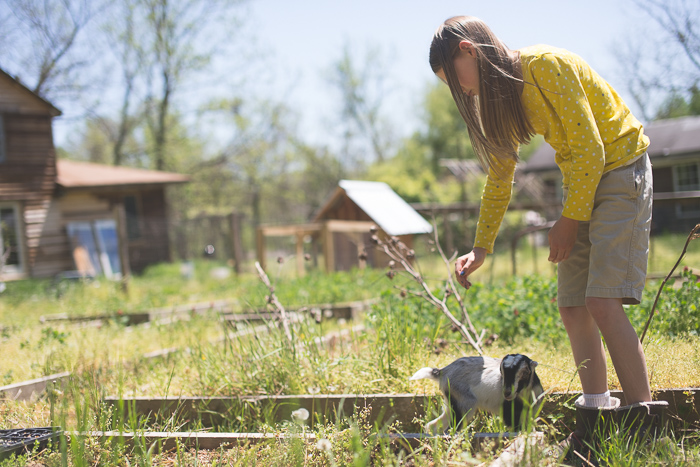 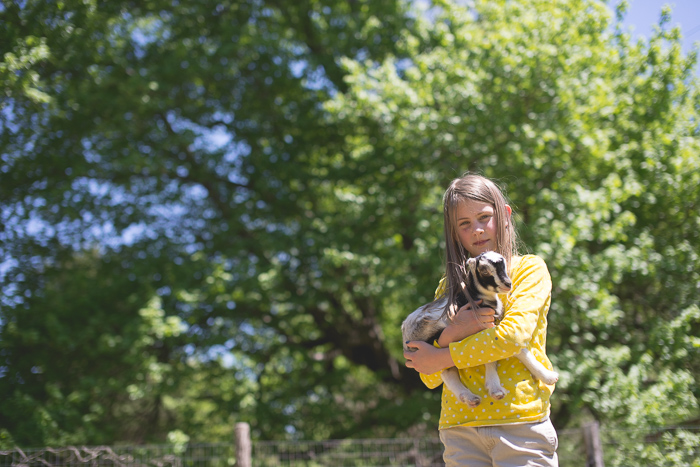 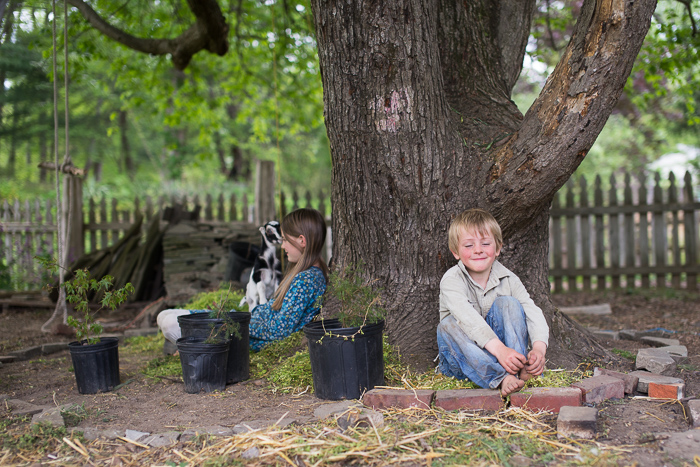 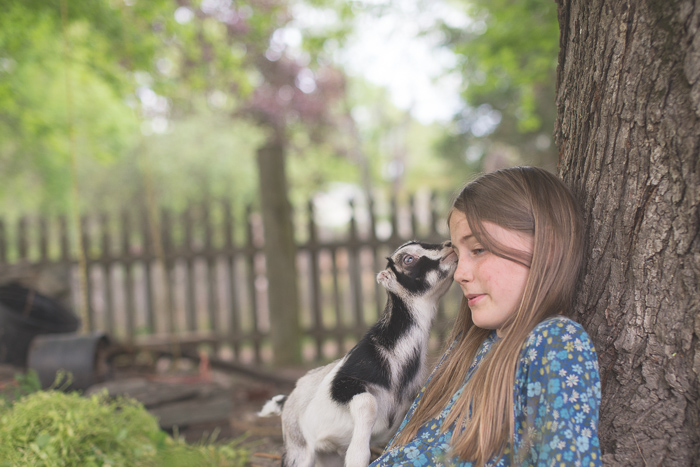 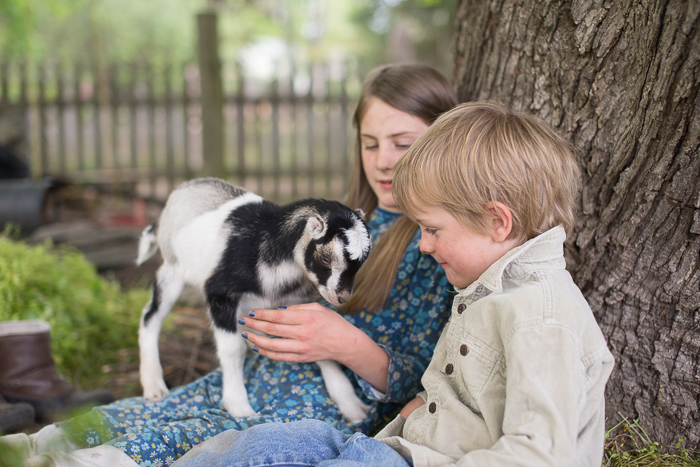 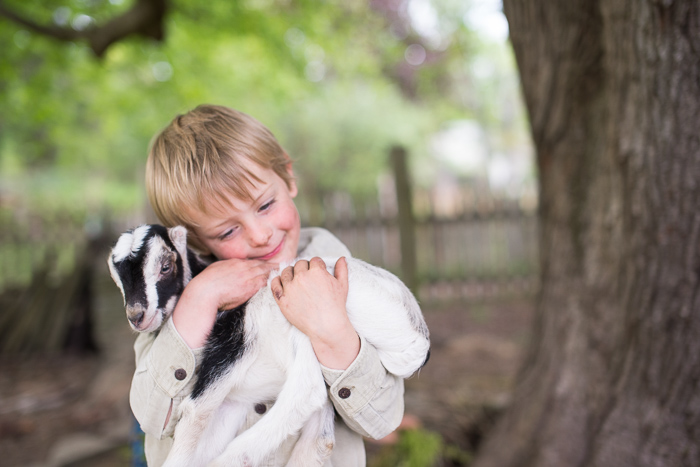 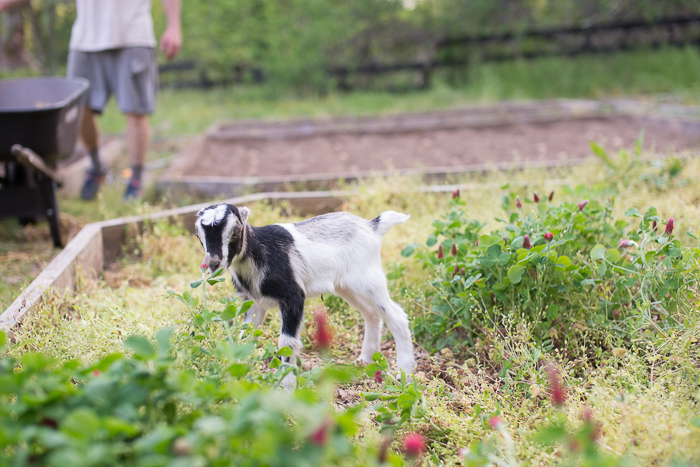 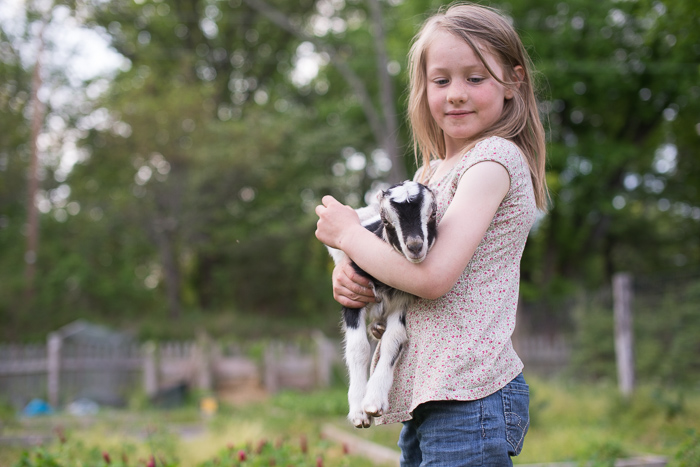 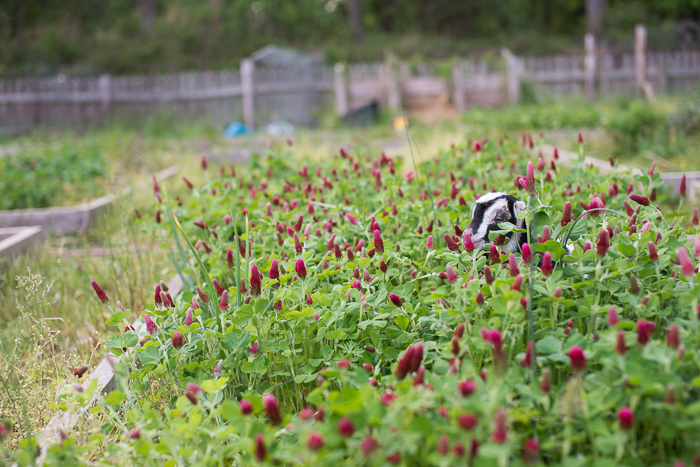 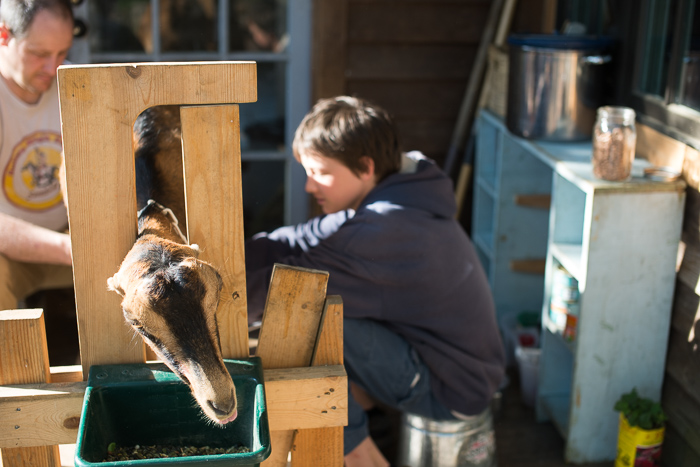 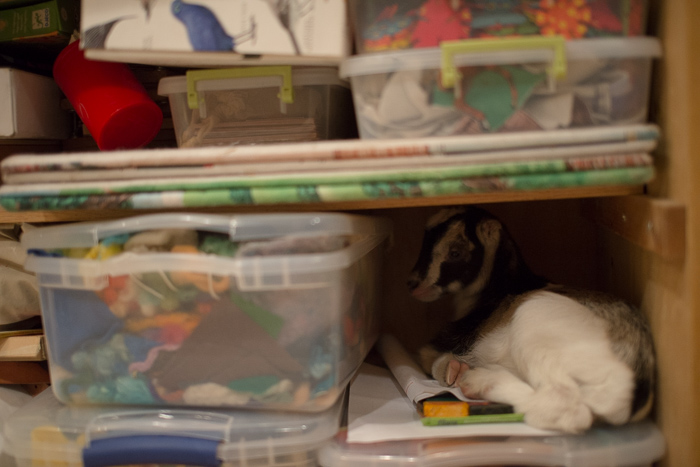 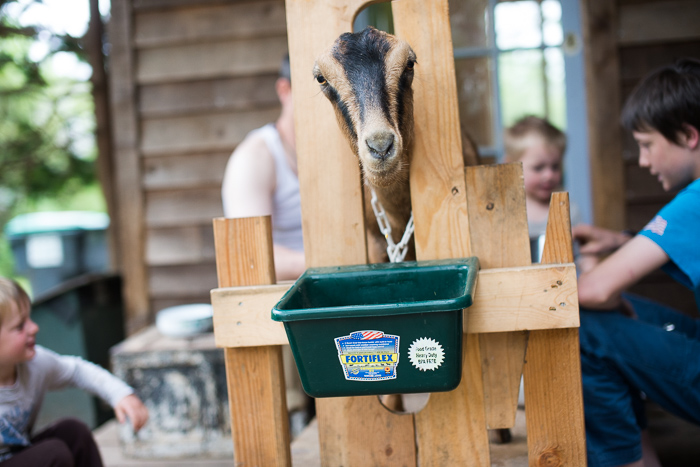 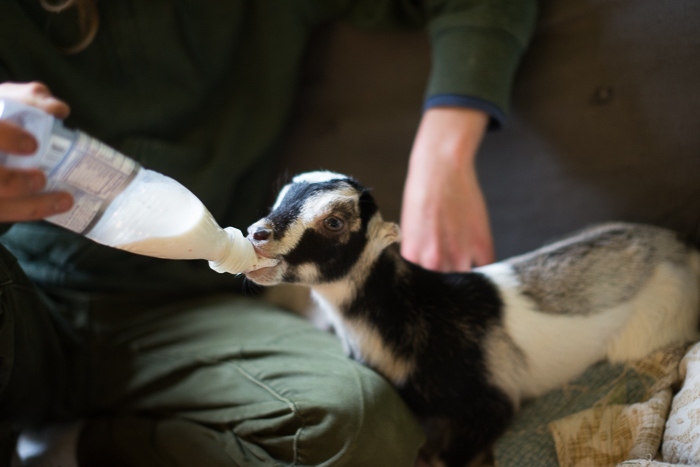 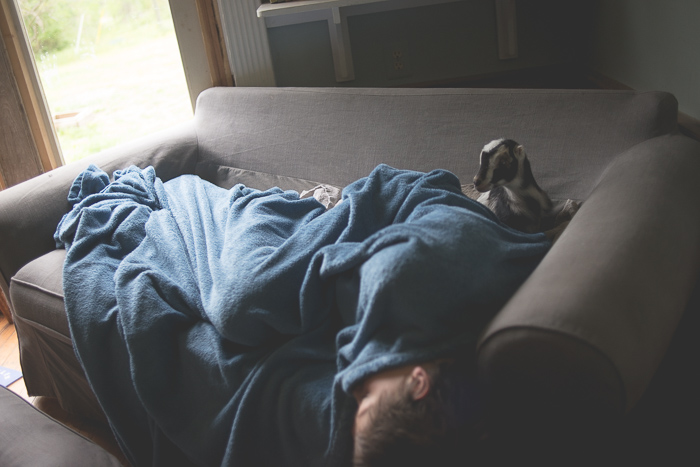 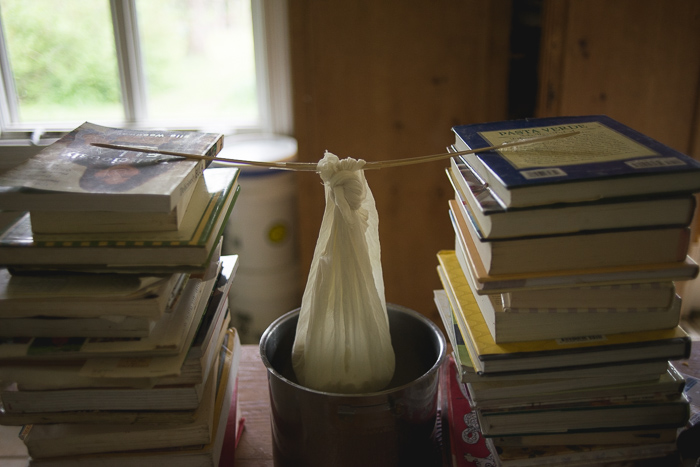 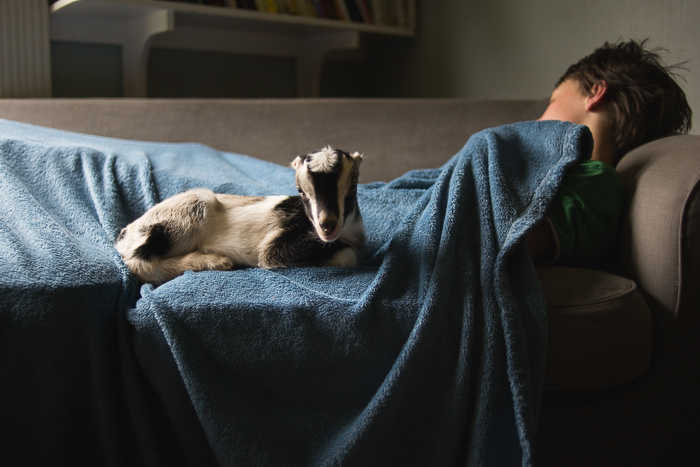 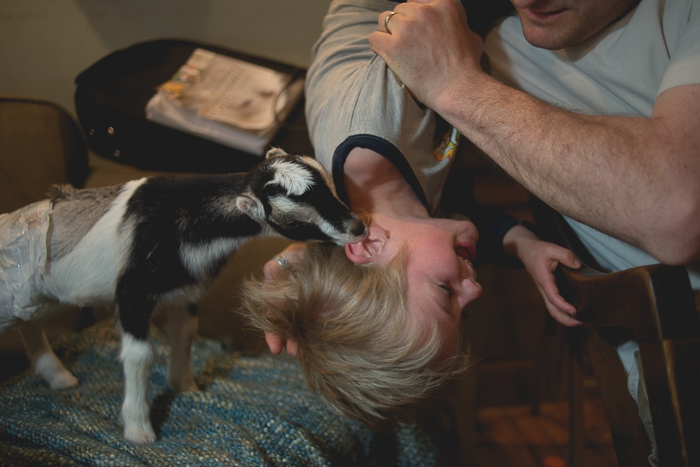 As Greta began showing signs of impending birth, we started sleeping with our window open so we would hear her in the night.  The barn is quite near the house, and we can hear the girls’ bells ringing when they walk around, and can also easily hear them when they are being vocal.

Saturday night (a little over a week ago) I felt certain that the birth must be close at hand and since I am not sleeping well at this point in my pregnancy anyway, I was up quite frequently.  Each time I would stand and listen at the window, but all was quiet.  I wanted to ask Jonny to go out and check on Greta, but hated to wake him, and since there was no sound of activity, figured maybe I was being silly.  Around 5 a.m. Silas started coughing and he coughed off and on for about an hour.  I woke Jonny and asked him if he might take Silas some water…and walk out to the barn to check on Greta.  I’m not sure that it was intuition, maybe just coincidence, but I knew I wasn’t going to fall back to sleep until he went out to check.

A few minutes later, Jonny came upstairs and said, “There’s a baby out there.”  He grabbed towels, and I moved faster than I thought I could to get dressed.  When I got to the barn, Jonny was holding a tiny doeling wrapped in a towel.  It was a chilly morning, in the 40s.  Greta was casually munching on some weeds.  Jonny said that he found the baby about twenty feet away from her, crying on the ground, with Greta showing no interest.  We think she had been born within ten minutes or so of him getting out there.

The next half hour or so are a bit of a blur in my mind.  We thought that it looked like Greta was giving birth to another kid, as a sack began to emerge.  But no kid appeared.  (turned out it was the placenta) In the meantime, the baby was starting to act really sleepy and Jonny and I started to worry that she was going to die because Greta wouldn’t let her nurse.  I had read that babies need colostrum within the first hour, and she hadn’t had it yet.  According to my kids (all awake at this point) I was a little hysterical.  I recall being relatively calm given that the baby goat was clearly “On the brink of death!!!!!!!”  I called two different friends with goat experience, asking them to please come, and forgive the fact that it was very early on a Sunday morning.  We attempted to get Greta to show some interest in her baby.  She wasn’t interested, but bristled up when we brought her close.  After she butted her and sent her literally flying through the air, Jonny said, “That’s it.  I’m taking my baby.”  He picked her up and wrapped her back in the towel.  With the help of my friends who arrived during all of this, we put Greta on the milking stand and tried to get the baby nursing.  None of it worked.  So finally, Greta got herself milked, and the kid got a bottle, which she took no problem.

So, here we are.  Bottle raising a little doeling named Matilda, or Tilly for short.  We weren’t planning on this, having assumed that Greta would care for her baby.  Instead, Keats is milking Greta twice a day while Jonny holds her back legs.  It’s been pretty interesting and a little stressful, but I think things are getting better on the milking front.  This morning Jonny said happily after milking time, “So let’s say Greta usually kicks 70 times while she is being milked.  I’d say that this morning she only kicked 30 times.  So that’s an improvement.”

Tilly spends some time in a wire crate in the barn each day, but she can’t be out with Greta and Agnes because she is tiny and Greta hates her.  She bites her, butts her, and is just way too violent.  I’m a little worried about the future, because ultimately, Tilly needs to live with the big girls!  For now, she is sleeping in the house on the couch (on a waterproof pad) with Keats, but I don’t think that’s going to last much longer.  I do have goats in the house limits.  Keats is getting up a full hour or two earlier than he used to so he can take care of Tilly and milk Greta.  That is certainly a silver lining.  He’s the kid that we could never get out of bed in the morning!  He’s also the kid that has already started experimenting with making goat cheese, since Greta is making more than Tilly needs.  He made queso blanco the other day, and it was a little bland, but definitely edible.  We’ve got lots of plans now for other cheeses and for soap.  I’m especially excited about making Greta Goat milk soap!

Sweet little Tilly is the most darling little animal I think I’ve ever known.  We all love her, even Jonny who typically doesn’t fuss too much over animals.  While everything hasn’t gone according to plan, we are enjoying this new adventure.

We are pretty sure at this point that Agnes won’t be having babies this year.  And I have to say, I’m okay with that.  Tilly and Greta are keeping us plenty busy!