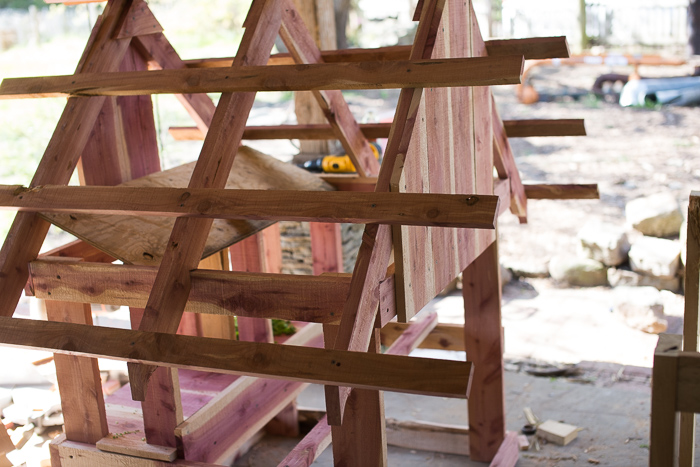 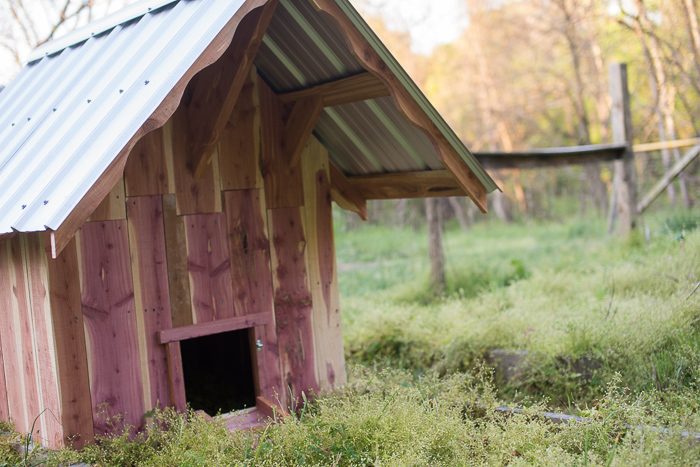 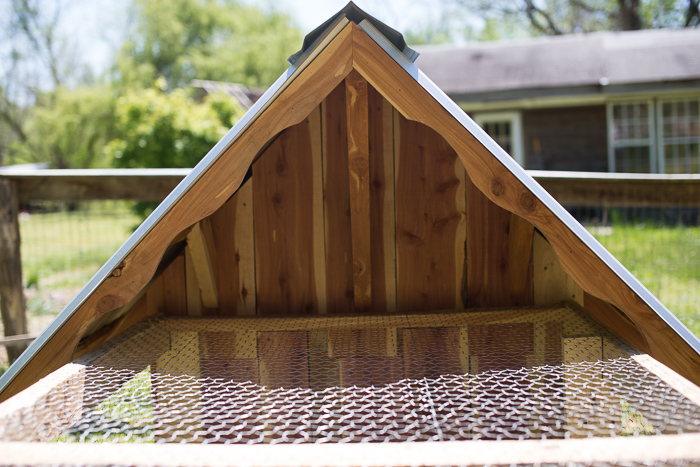 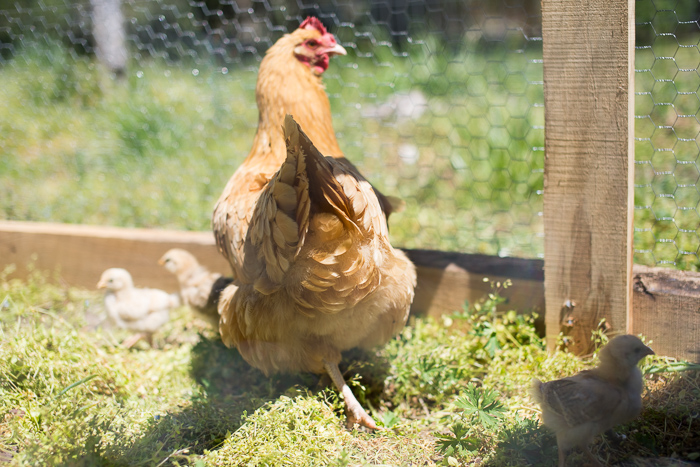 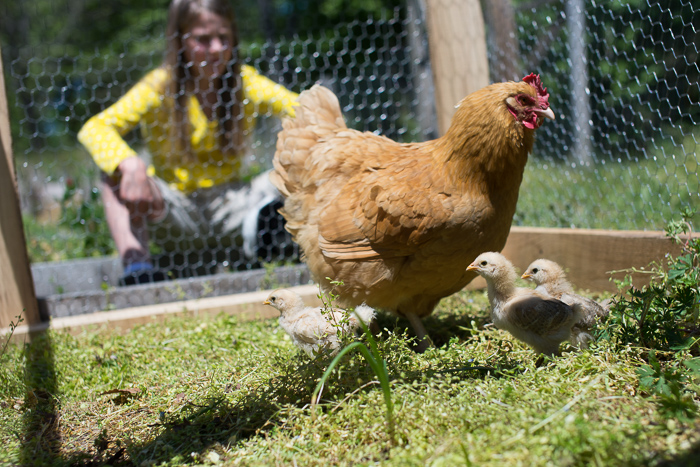 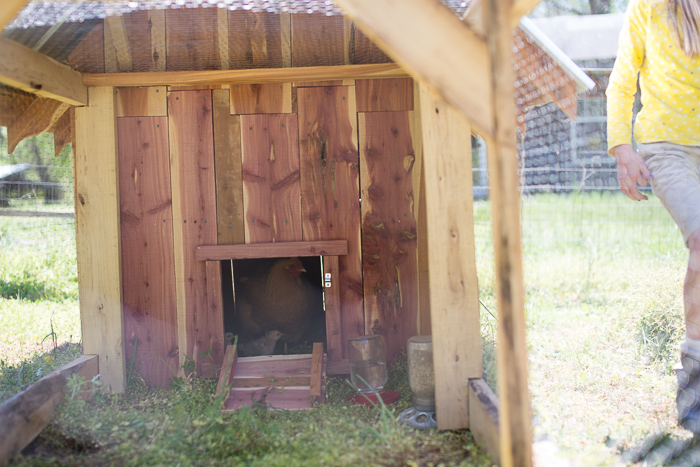 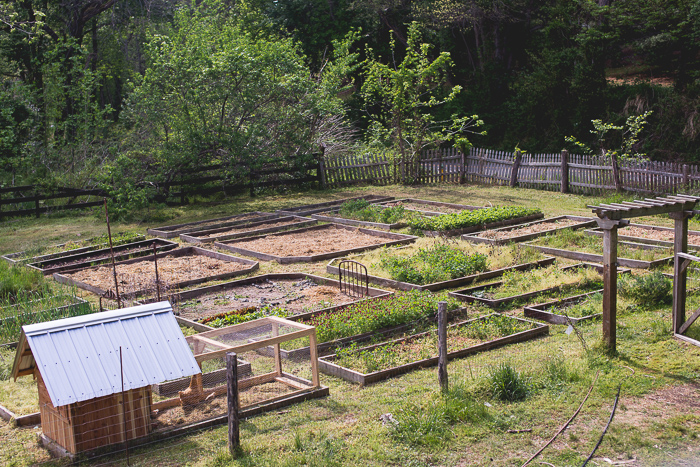 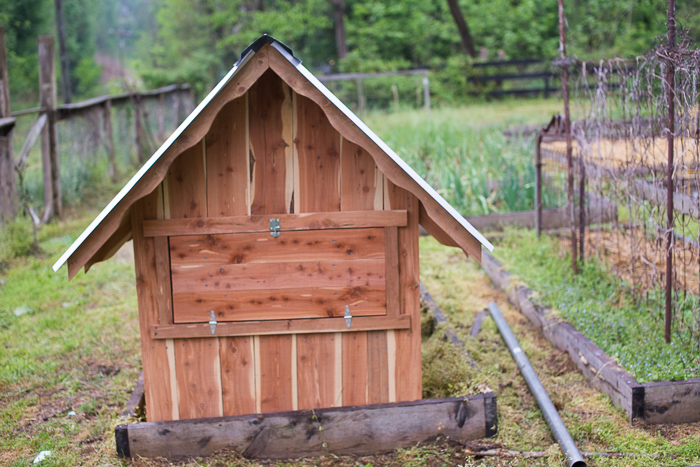 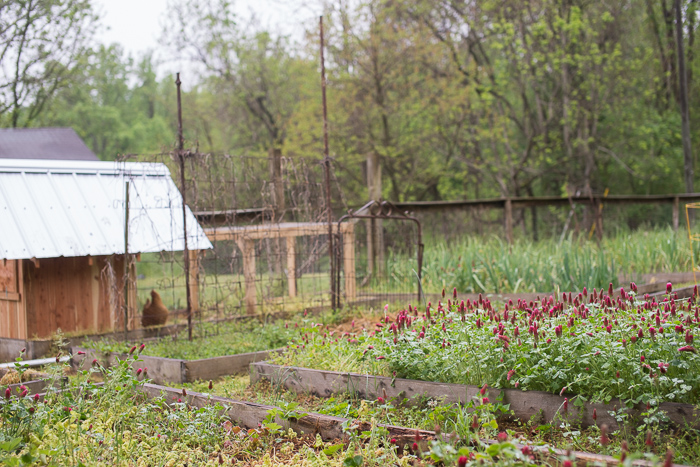 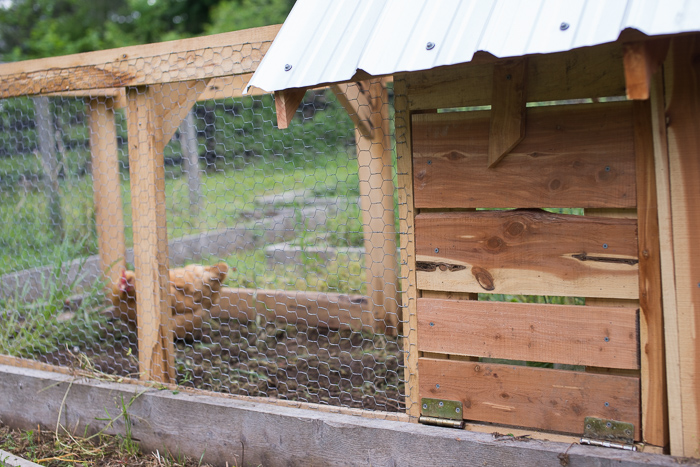 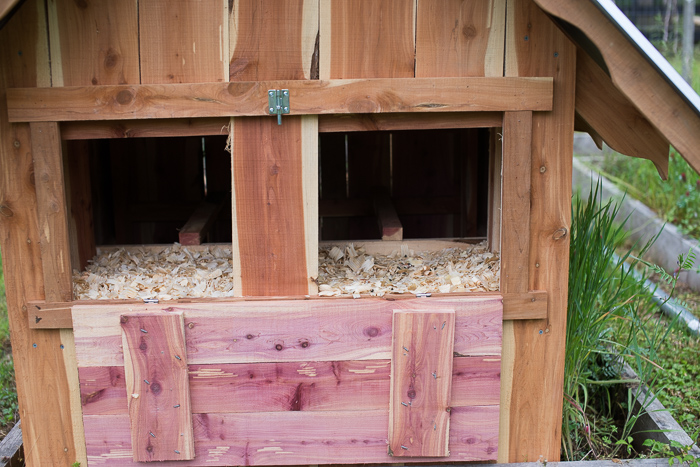 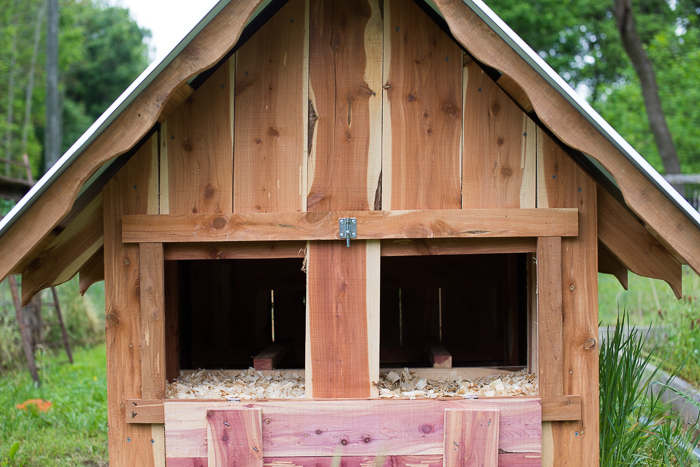 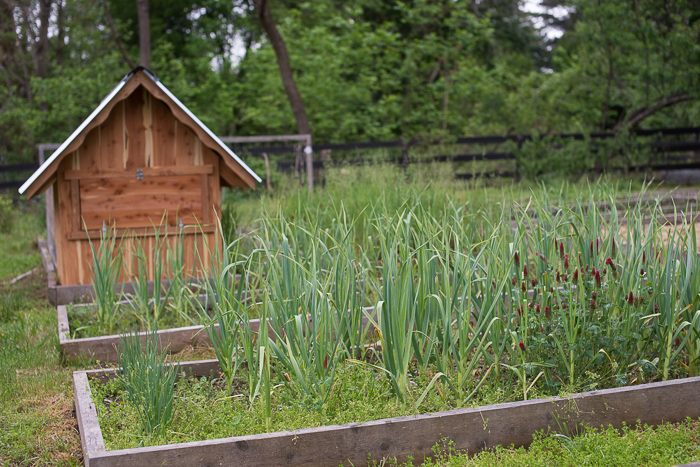 Jonny has a long list of projects at all times, both in progress, and waiting to be started.  His list fluctuates wildly at times, as does our life.  While we’ve talked about wanting a portable chicken coop for the garden for years, it has never been a priority, and it was not on the current list until a few weeks ago when mama hen hatched a few chicks and we realized they needed their own space.  For a couple of weeks our front porch was covered in lumber and power tools, sawdust and general mess, as Jonny built a small coop.  He used all sawmill lumber, salvaged cedar and a little black locust, so our only expense was chicken wire and roofing.  As the house itself progressed, I raised my eyebrows at the term “portable” being used to describe it.  “It sure looks heavy,” I said.  Jonny assured me that cedar is light and that it would be no problem to move this coop from bed to bed in the garden.  And it turns out he was right.  The house and the run are two separate parts, and they are indeed portable if you have one strong man and three teenage boys to move them.

The kids thought I would fuss about the pretty little details he added, but I didn’t.  Jonny makes everything pretty.  And while it’s true that I do like things to be done quickly and efficiently, building things is Jonny’s art, and he’s never going to build something plain looking.  I like that the coop is pretty (who wouldn’t?), because it lives in my garden!  This project took about two weeks start to finish (kind of a record fast project).  There are two nest boxes inside and a couple of roosts.  We’ll use it to house about four chickens at a time, for now mama hen and her chicks.  I think they like it.  I definitely do!

The current project making the top of the list is fencing for the goats, specifically Robin Hood and Ivanhoe.  But that could change….