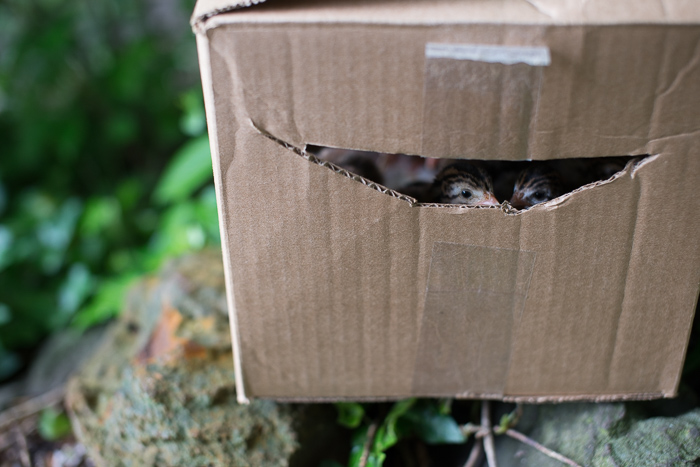 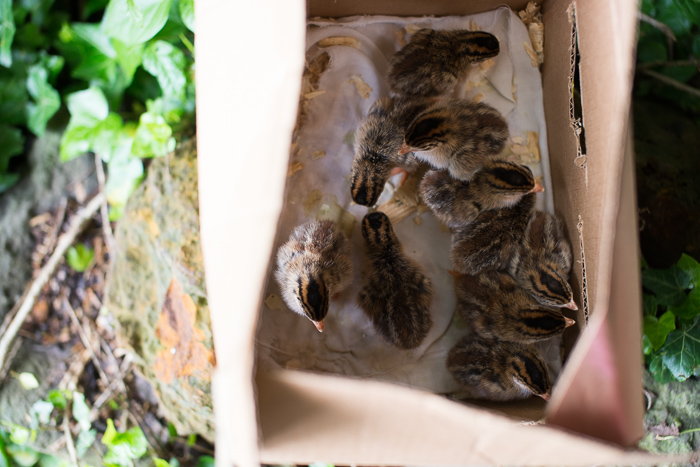 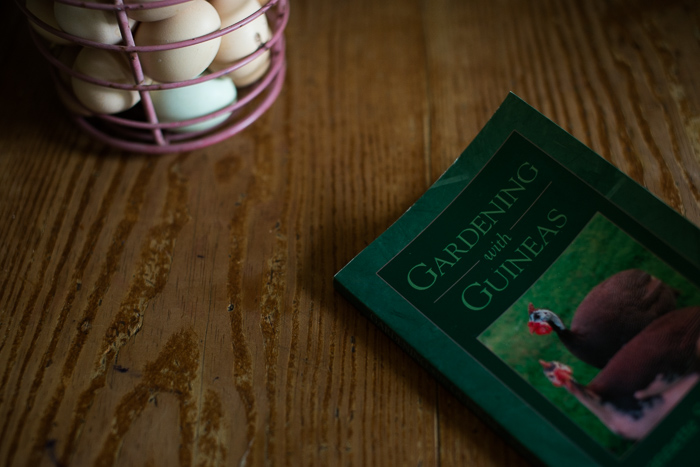 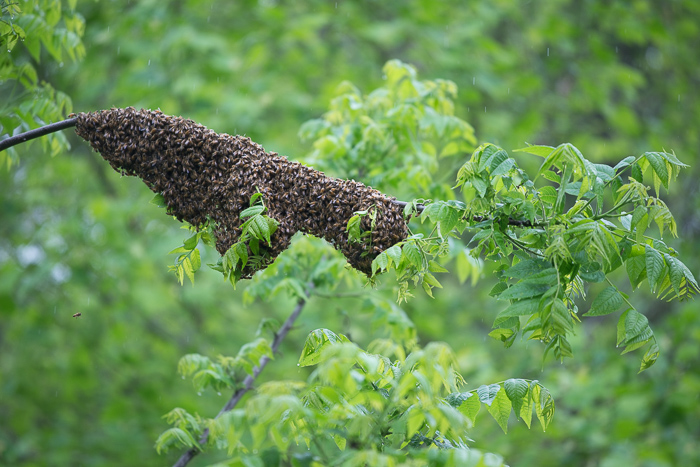 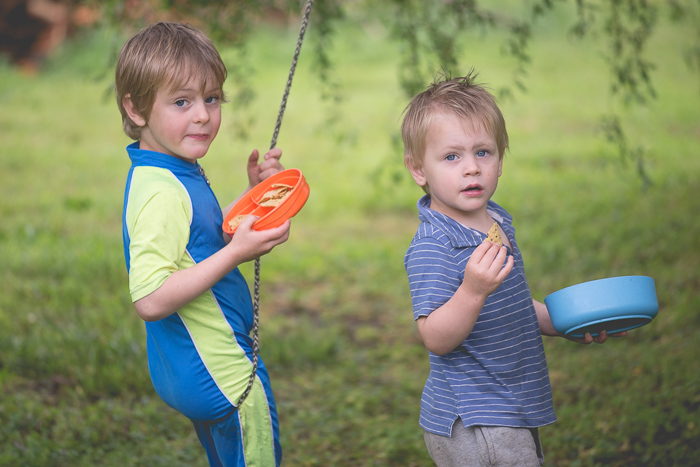 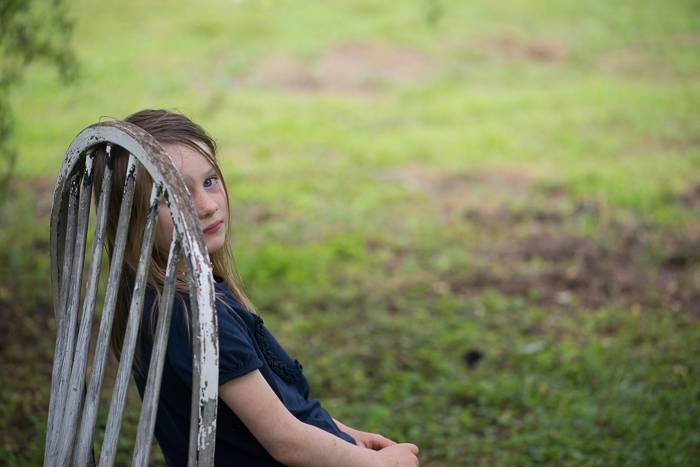 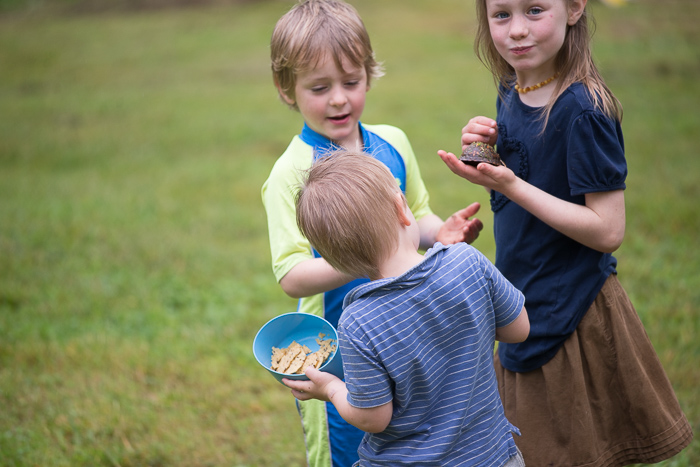 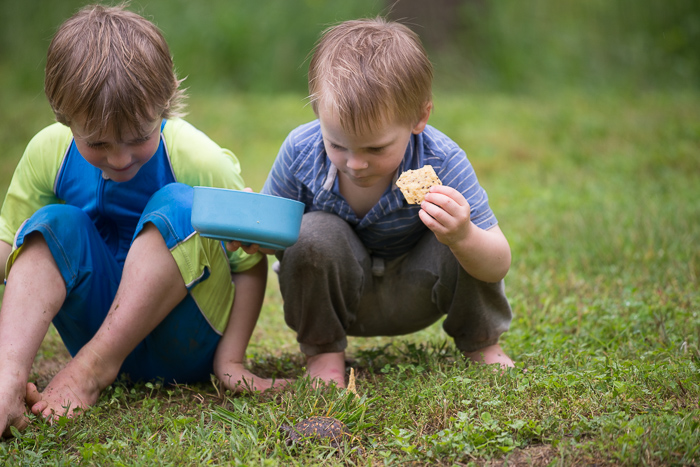 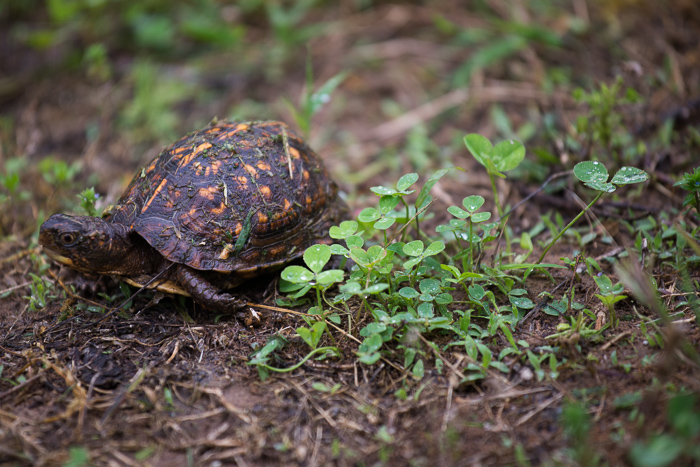 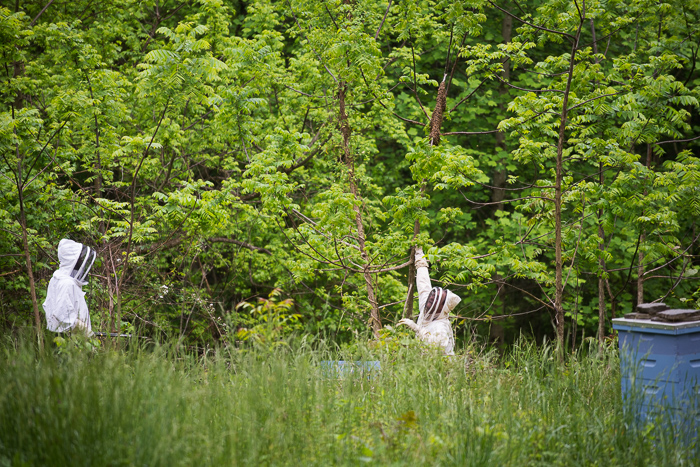 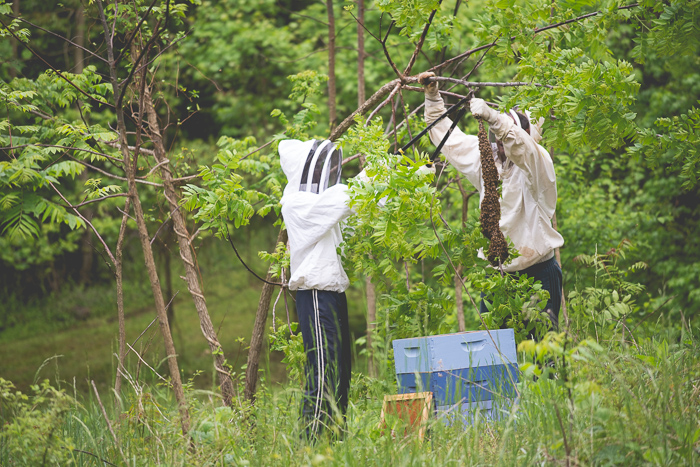 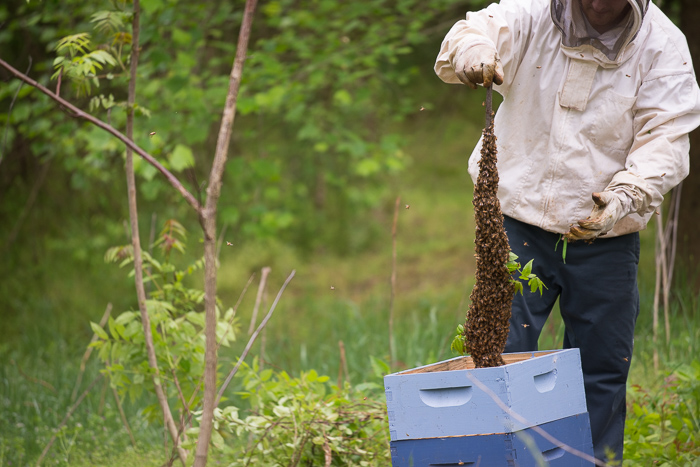 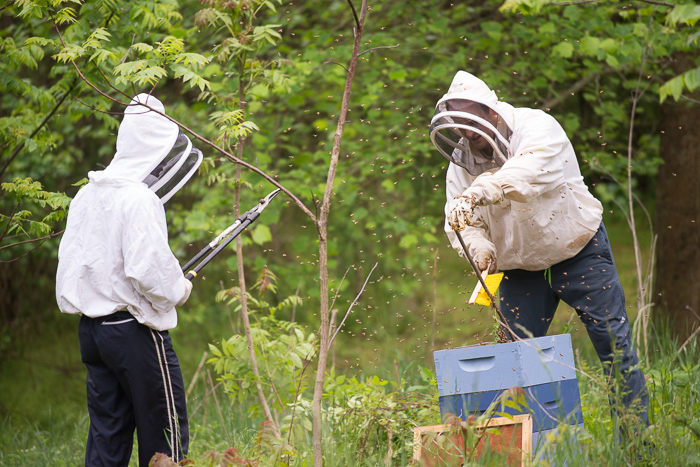 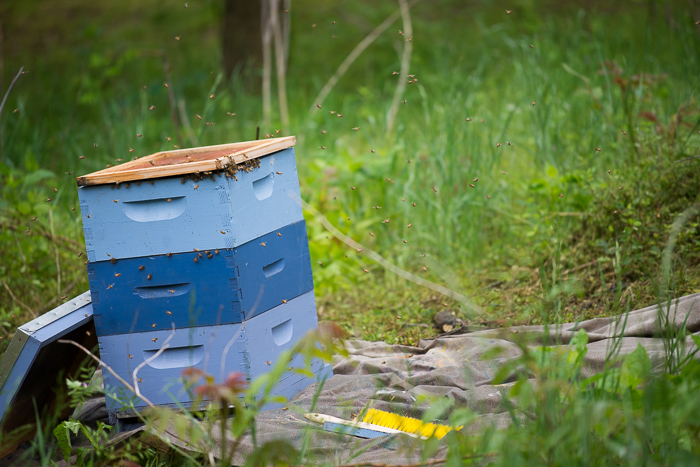 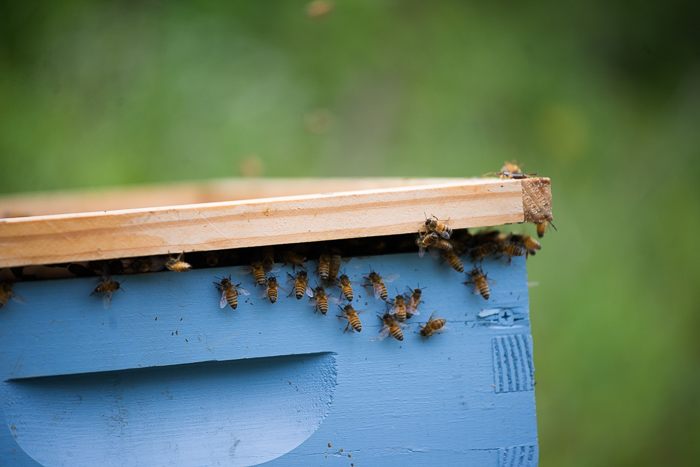 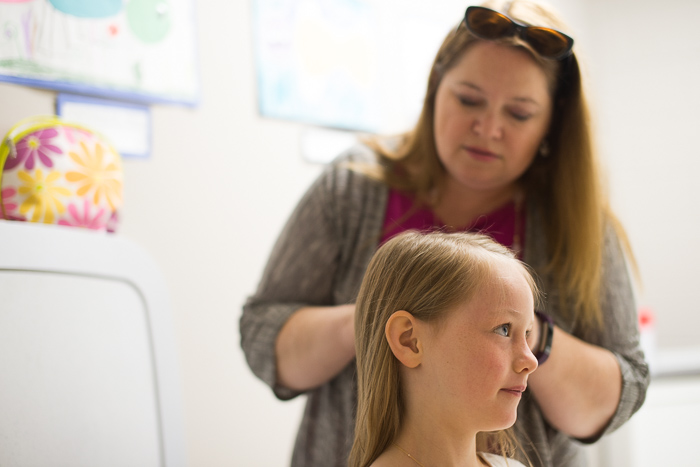 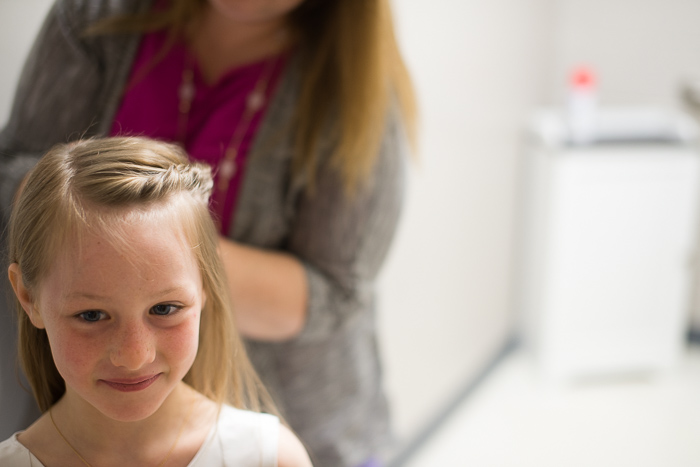 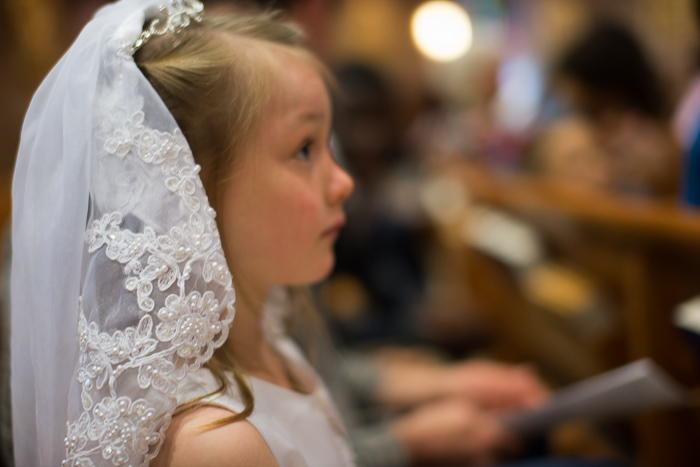 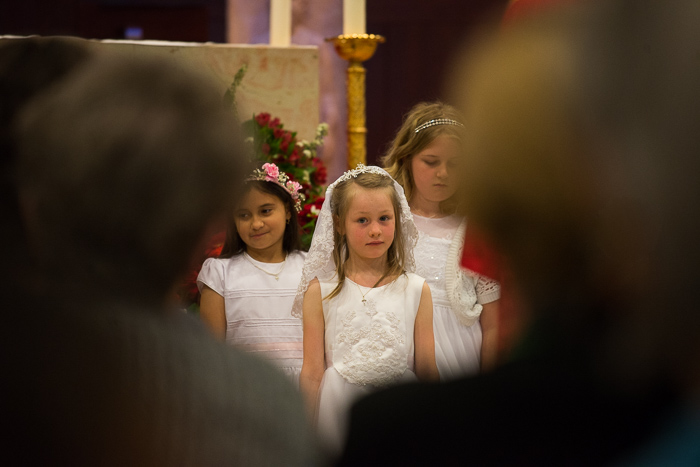 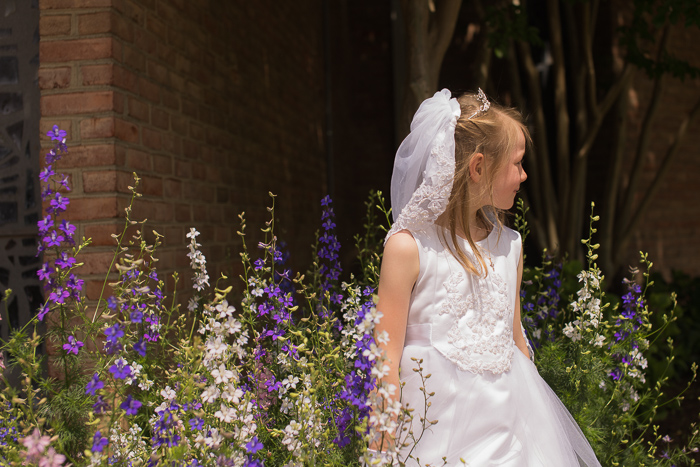 Late last week I made an afternoon run to the Amish feed store we visit, across the bridge and into beautiful southern Maryland.  I had Larkspur, Beatrix, Silas, and Job with me.  We had the back two seats out of the van, and my plan was to fill it with as much hay, straw, and feed as I could.  When I saw the sign that said, “guinea keets,” Larkspur assured me that Jonny wanted some.  So while it wasn’t part of our original plan, we came home with ten little guinea keets as well.  We’ve debated them for years.  Some of our friends have had good experiences, and some bad, so we’ve been hesitant.  Lately we have been discussing again trying them for tick control, just to see how it goes.  I think guineas are ugly birds, but the little keets are quite cute.  I hope they work out for us.

The following day, another packed to the brim, ended up including a hive swarming.  We knew that particular hive was planning to swarm, so we weren’t surprised, but laughed at their timing.  Nevermind how much we already had going on, swarms are always exciting.  Jonny and Gabe captured them successfully, and all was well.  Until today, when I was outside with the kids and heard the unmistakable sound of another swarm in progress.  I thought to myself, “I hear bees swarming,” and continued to do whatever it was I was doing, kind of spacily thinking to myself what a lovely sound all those airborne bees were making.  A few minutes later I snapped to, and thought, “Wait a minute…a hive is swarming!”  It turned out to be a sneaky one that we had not expected to swarm.  We watched to see where they would settle, and thankfully they landed somewhere easy to reach, and Jonny caught them too.  I guess we need to be on constant swarm patrol right now!

Our happiest event of the weekend was Beatrix’s First Holy Communion.  She had been counting down the days beforehand with great anticipation.  Really, we’ve been counting down for months.  This was such a big deal for her.  Her godmother, my friend Lori, met us before Mass to help with her hair and veil (I’m kind of hopeless at that sort of thing).  When Beatrix and I slid into the pew next to Jonny, he whispered referring to her appearance (poofy, beaded veil and dress, crown, satin gloves), “If there’s such a thing as the top, she’s definitely over the top.”  That’s our Bea in every way!  She shared her special day with several friends, also receiving their First Holy Communion at the same Mass.  She was nervous and excited, and all went perfectly.  The day was absolutely beautiful.  She’ll never forget it.

We have about five weeks till our new baby girl arrives.  Everything is moving so quickly that I know those weeks are going to fly by.  And I don’t think the reality of a new baby coming has sunk in yet!  Which must sound ridiculous, but the miracle of a new baby is always nearly impossible for me to wrap my mind around until I am holding him or her in my arms.  I think it’s time to start getting ready…  Spring, slow down!!!