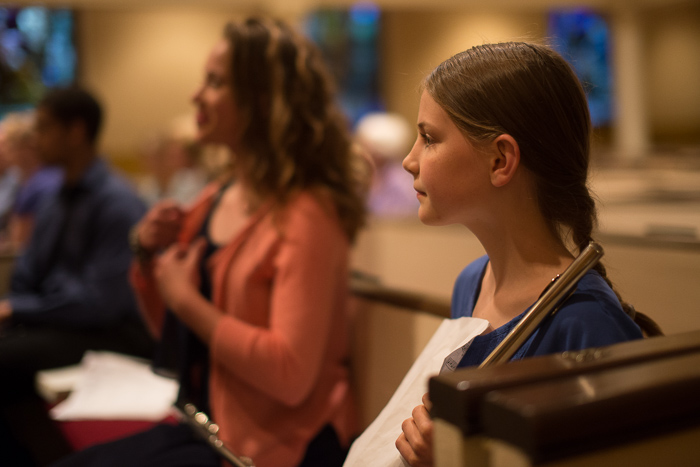 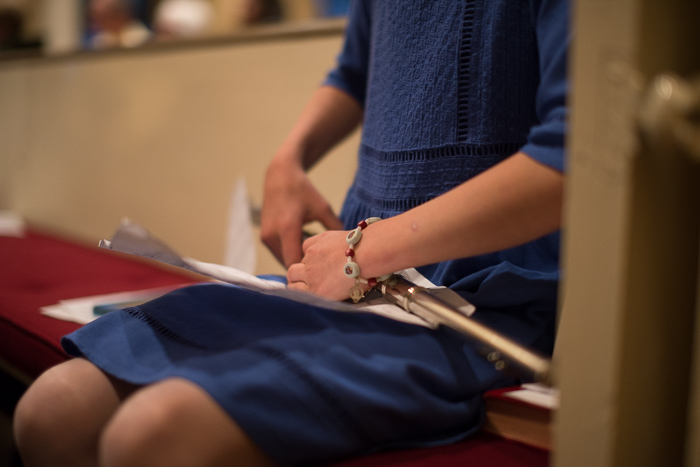 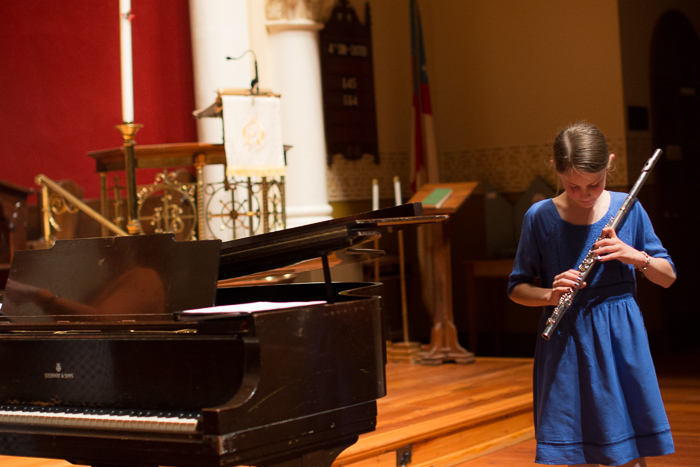 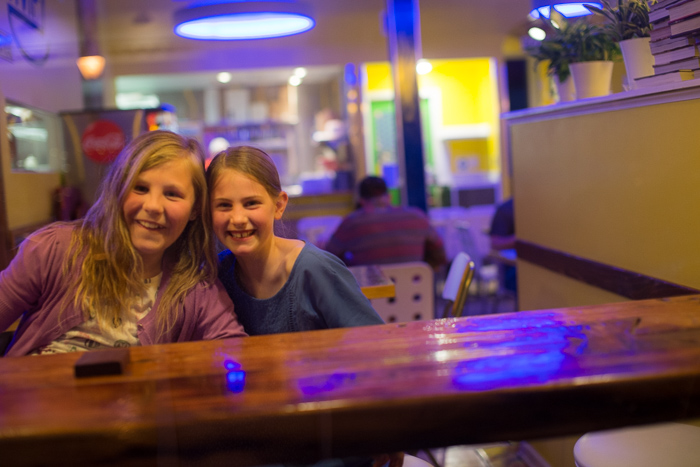 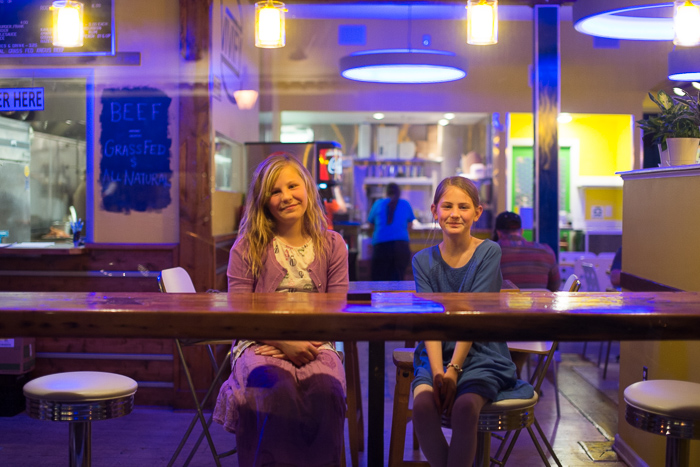 Larkspur began flute lessons in December, using my childhood flute.  Friday night was her first recital.  Being shy, and being so new to playing the flute, she was not excited about playing in front of an audience.  Our plan was for just the two of us to attend her recital.  It could be a special night for us, a little date.  Jonny needed to be home to put younger children to bed, and Larkspur was afraid of her older brothers teasing her.

Friday afternoon, Larkspur made a last minute change of plans, inviting one of her friends to join us for the evening.  Dominique helped Lark get ready, painting her nails to match her dress for the evening, and then acting as her adoring audience as she played through her piece a few last times.

I had to park several blocks away from the recital location, and as I am slooooow, watched from behind as Lark and Domi held hands and giggled their way down the street and into the church.  I thought to myself, that this was so much better than Lark and me going it alone, both of us nervous as can be.  We followed the sound of the flutes as we searched inside for the room where everyone was warming up.  When we found the room, full of older children that were mostly strangers to us, I think both Larkspur and I felt a little lost, not knowing quite what to do.  A friend’s older daughter saw us and immediately walked over, took Lark under her wing, and told me she would take care of her.  (I will love that sweet girl forever.) Domi and I headed back to the sanctuary to find seats.  We had been waiting for a few minutes when Domi told me she would be right back.  I assumed she was going to the restroom.  Several minutes later she came back, telling me that Larkspur had forgotten her glasses.  So she hadn’t gone to the restroom, but had gone to check on her friend one last time.

Larkspur, being the youngest and newest student, was the first to play.  She played Twinkle the best she ever has, and I had a hard time not crying, seeing her standing up there so brave, knowing how nervous she was.  Afterwards I took the girls to our favorite milkshake spot.  Dominique was the ultimate encourager, telling Larkspur over and over again how she had done such an amazing job.  They laughed and acted silly and had a great time.  I thought of the change that is taking place, as Larkspur moves towards a time in her life when friends begin to play such an important role.  I’m so thankful for the relationships she has, for the sweet friends in her life.

I think there’s a gift in the fact that these little girls have watched their mamas grieve the loss of friends.  I believe that it has helped them have a deeper understanding of  the precious gift of friendship, even if they don’t realize it yet.  And I know that Larkspur truly felt it this weekend.  She will always remember her first recital, more for the friendship in that night than in the performance itself.  Good friends have a profound impact on our lives, one not quickly forgotten. 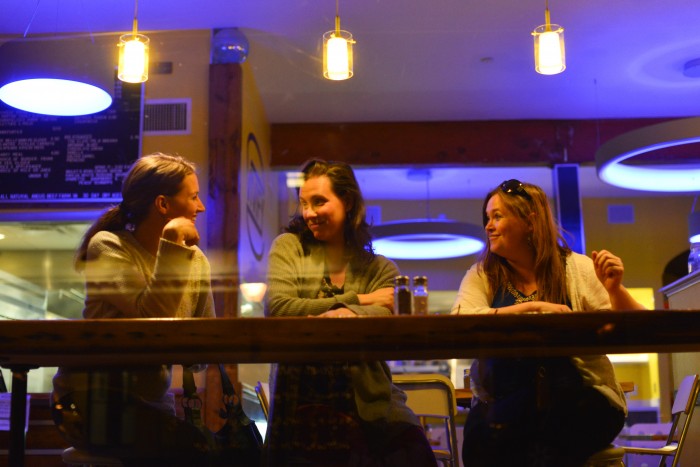