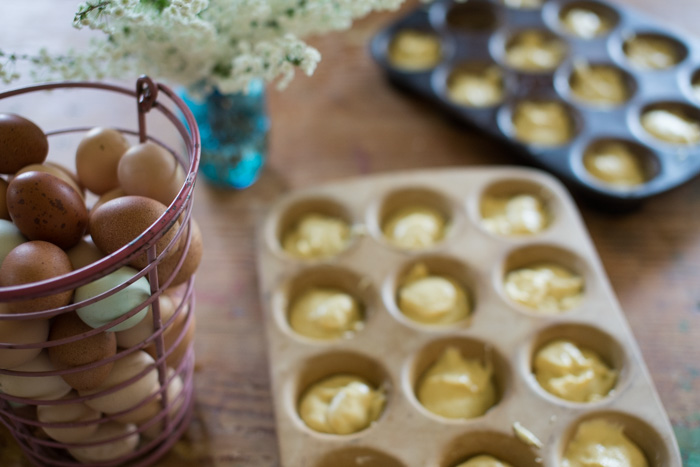 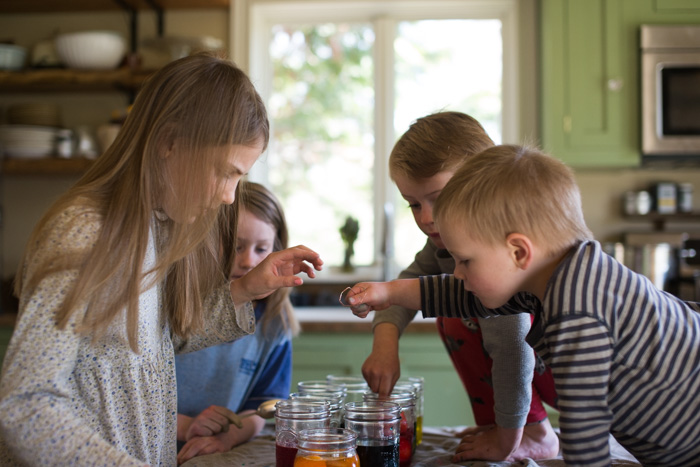 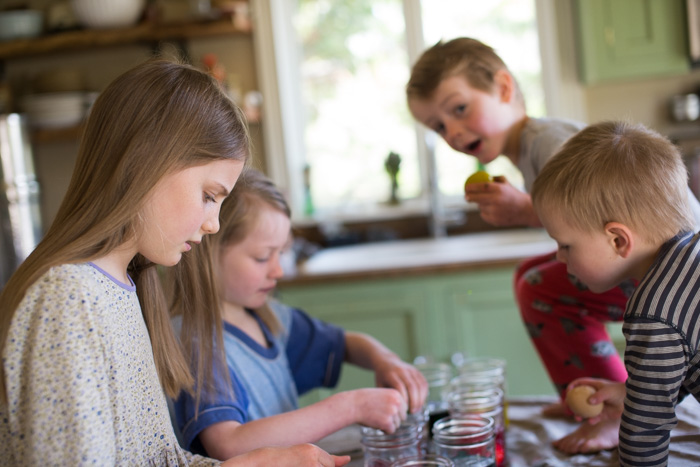 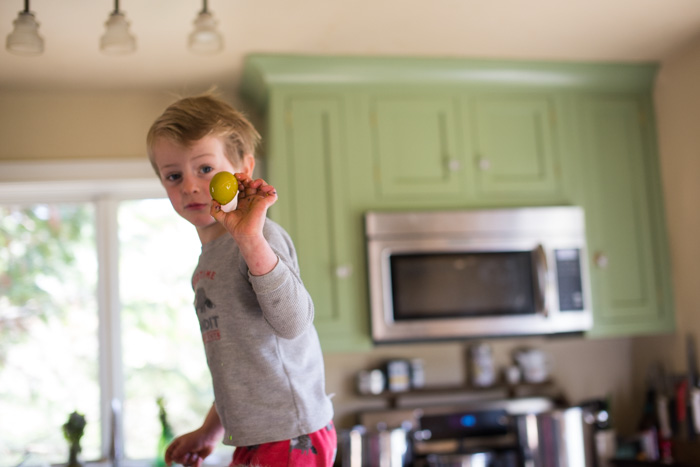 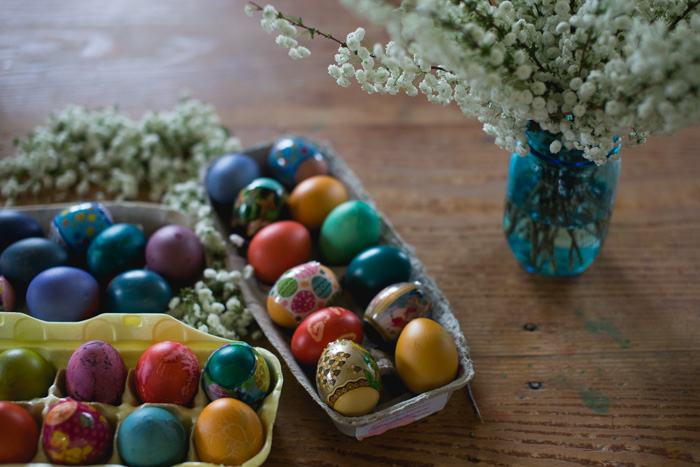 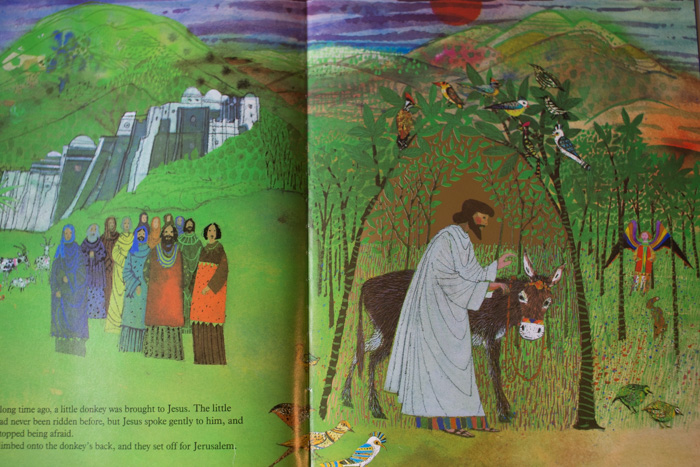 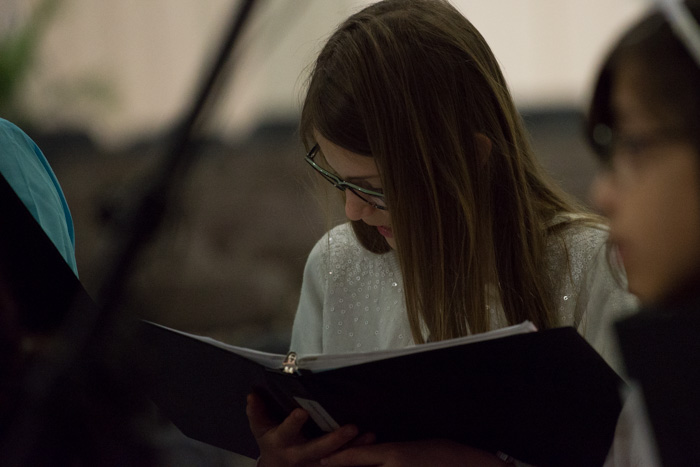 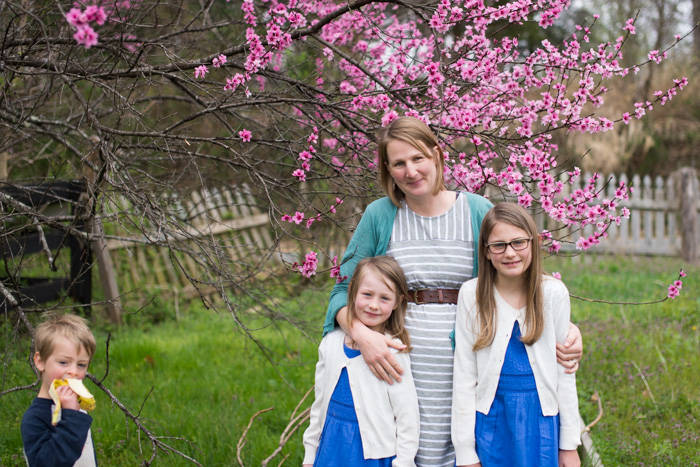 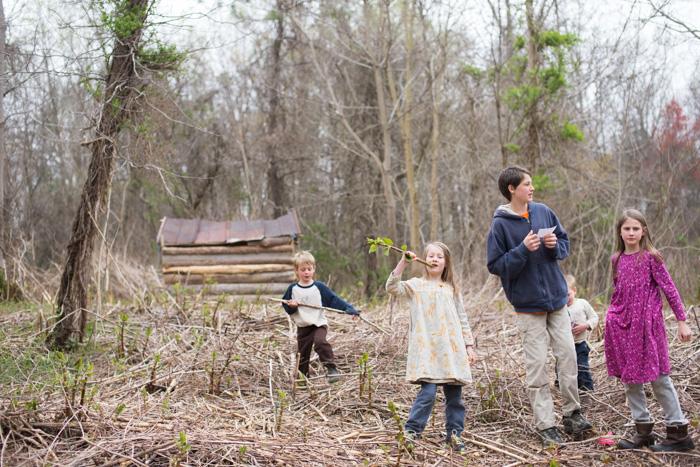 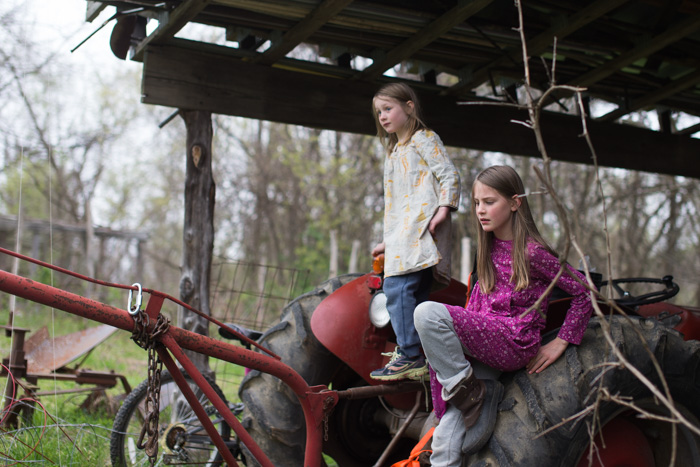 Looking through these photos, it looks like our usual Easter festivities.  There were gluten free hot cross buns (“Mommy, why don’t you make them with regular flour next year so they’ll actually taste good.”  -Seth) The little ones dyed eggs on Saturday, leaving behind big blue-green stains on the table.  I woke up before the sun on Easter morning and took Larkspur to the early Mass to sing with the children’s choir.  Later the older boys hid the dyed eggs for an egg hunt, and Jonny and I pulled together our annual Easter scavenger hunt.

And then I pretty much collapsed in the bed.

This year our Holy Week was characterized mainly by a stomach virus.  It began with the younger children early in the week and Seth wrapped things up on Good Friday, the last major victim.  Jonny and Gabe spent the first half of Friday helping a friend move, while I tended the sick and recovering.  By Saturday everyone was pretty well mended, if not exhausted. I was grateful for our surplus of eggs, and the boxes of regular old egg dyes that I stocked up on clearance last year after Easter (actually intending to dye yarn with the girls).  Dyeing eggs was the perfect activity for our littles.

Larkspur and I somehow escaped the bug, but I still wasn’t sure about taking her to sing Sunday morning.  I didn’t set an alarm the night before because I was so tired after the week we’d had, that getting up extra early just didn’t seem like a good idea.  But, I found myself wide awake by 5 a.m. on Sunday morning and took that as a sign.  I got up and dressed, then cooked breakfast for Larkspur, Beatrix, and I.  By the time Mass began I was no longer wide awake and I think Larkspur was feeling the same over with the choir.  Beatrix was definitely slouching in her seat.  I was grateful that we made it though, and so glad to sing the “Alleluia.”  That’s always the best part of Easter Mass for me.  I imagined my friends singing with me and tried not to cry.

When the girls and I arrived home, Silas announced that Easter is all about the Easter bunny, despite the fact that as a family, we’ve never been visited by him.  (I don’t have a problem with the Easter bunny, he’s just not our thing.)  Rather than start beating myself up over where I went wrong that my almost five year old seemed to have no clue about why we celebrate Easter, I laughed at him (because surely he was joking?) and pulled Brian Wildsmith’s The Easter Story out of the Easter book basket and read it aloud.  I think that is my favorite Easter story book, and I think Silas has everything straight now.

Late last night I woke up and realized that I was finally coming down with the virus myself.  This morning, when Jonny I discussed how our respective nights went, and I told him about mine, he asked, “So did you just start praying like crazy?”  No, I pretty much just begged for mercy.  My cries were heard, and after about an hour, I was able to go back to bed.  Nothing too major, and that was no small mercy.

I can’t tell you how very glad I am that the Easter season is here at last.

p.s.  Larkspur got glasses last week!  We rushed through the frame picking part because her eyes were dilated and she wanted to get home, so we aren’t super thrilled with our choice now.  I know there are lots of places online to buy glasses that are less expensive than buying them at a store, and I want to buy a second pair.  (We bought hers at Costco)  Any recommendations?  This is my first child with glasses, and I am a little clueless because neither Jonny nor I wear them.