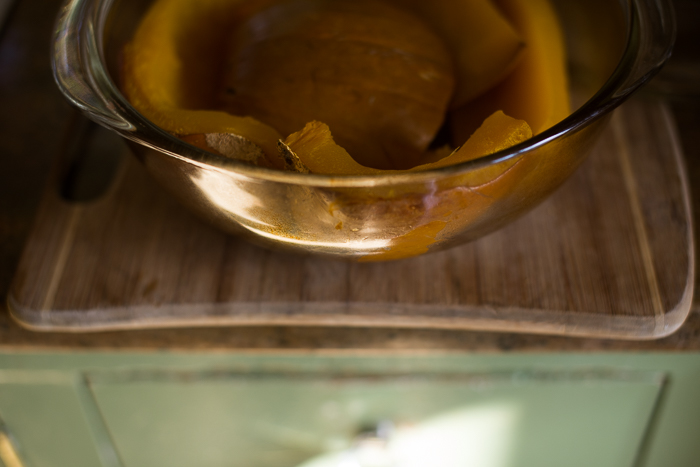 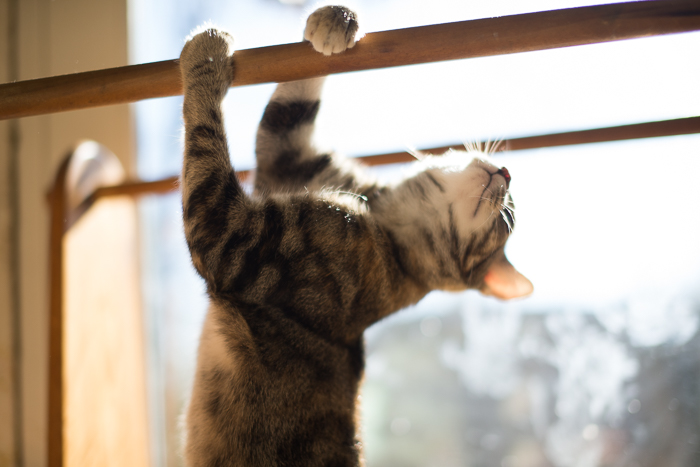 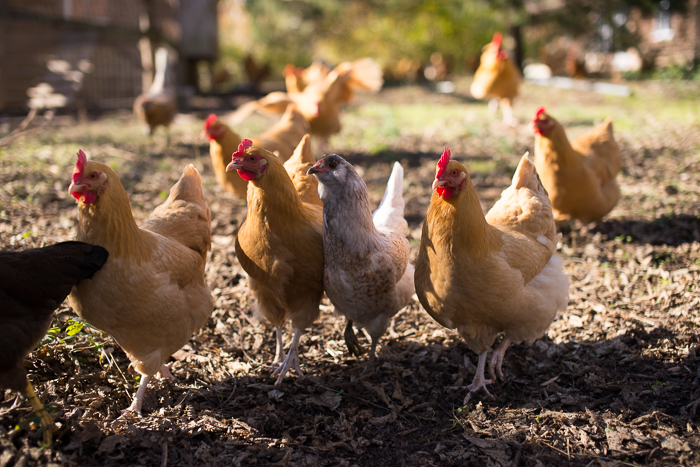 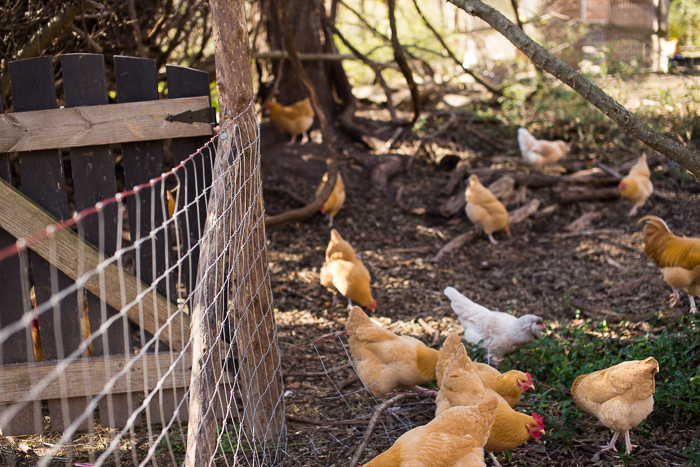 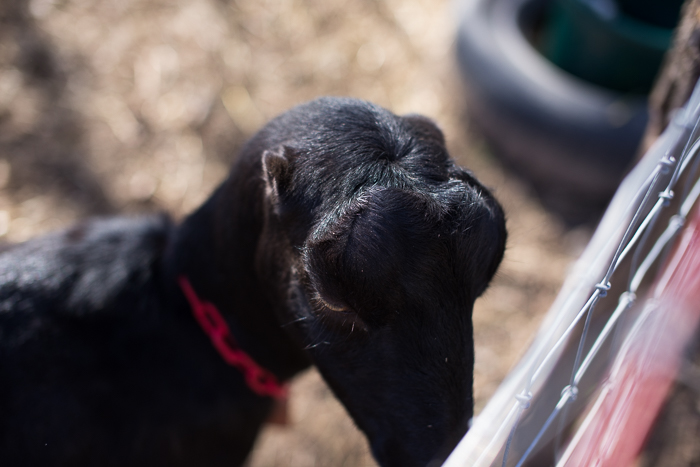 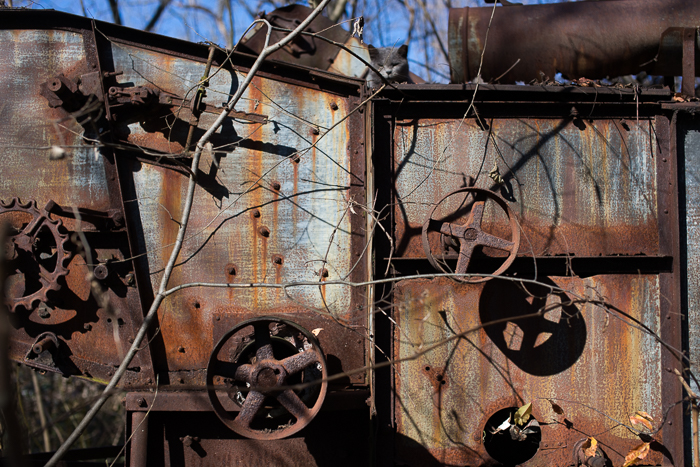 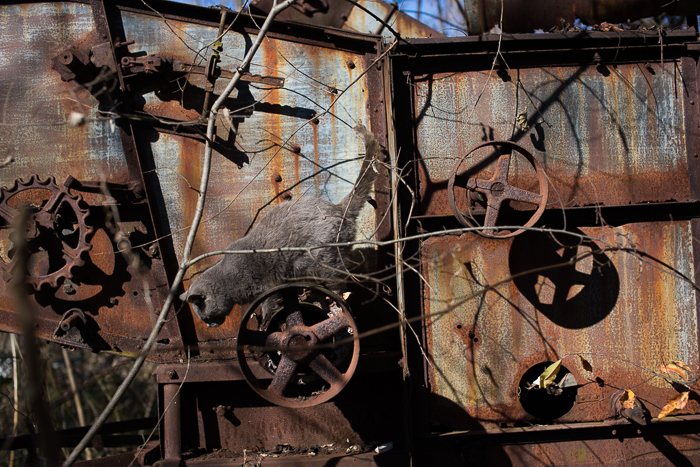 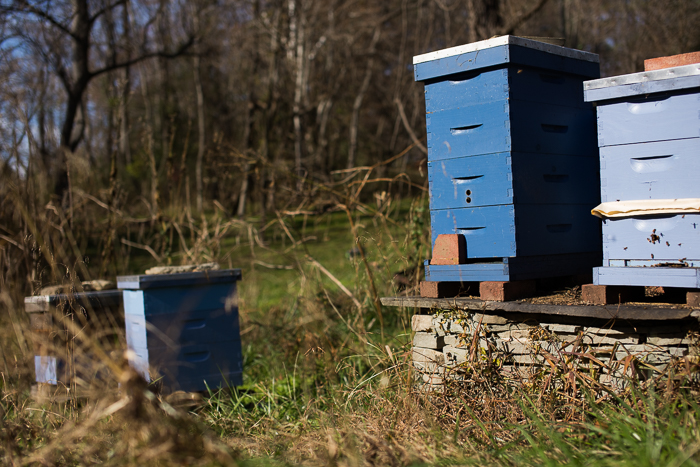 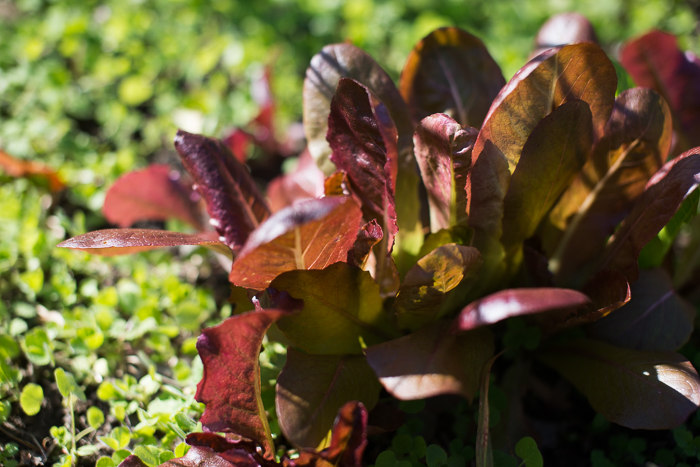 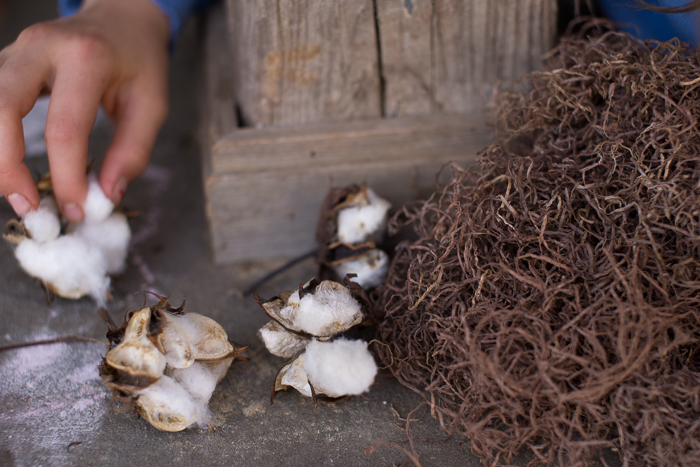 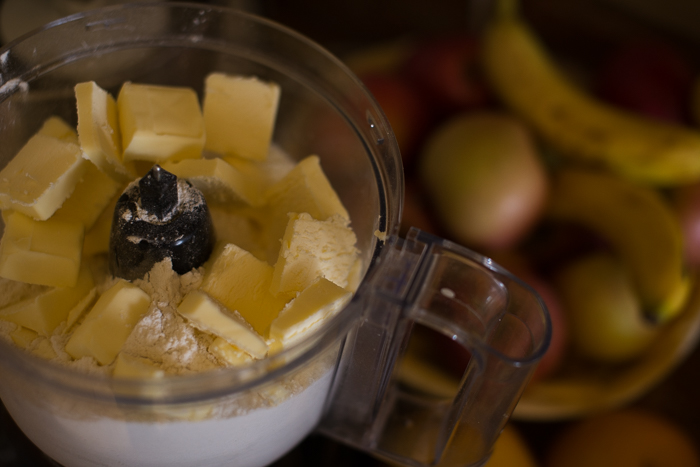 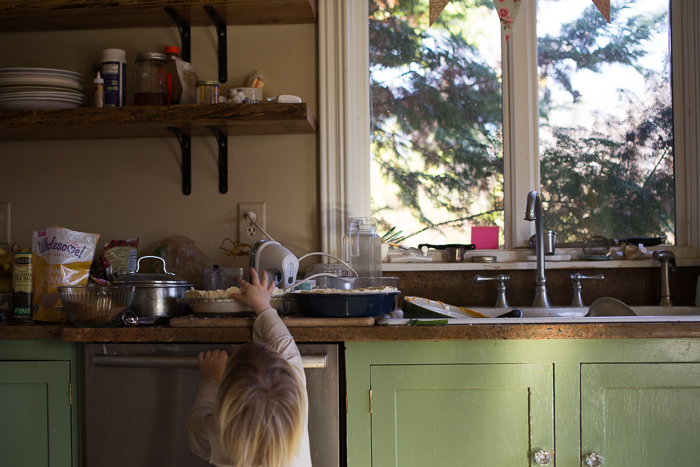 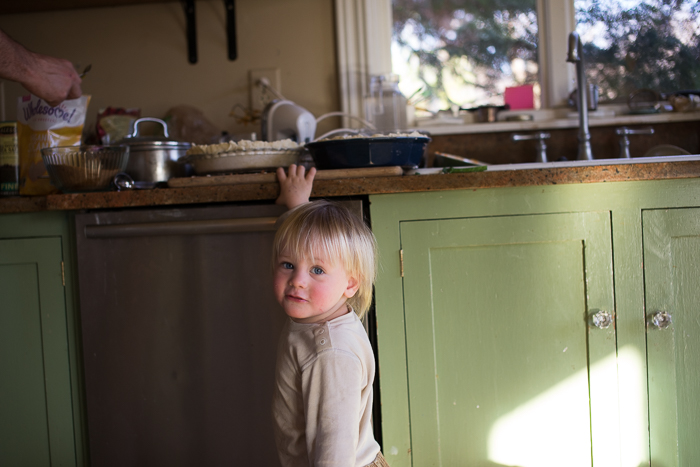 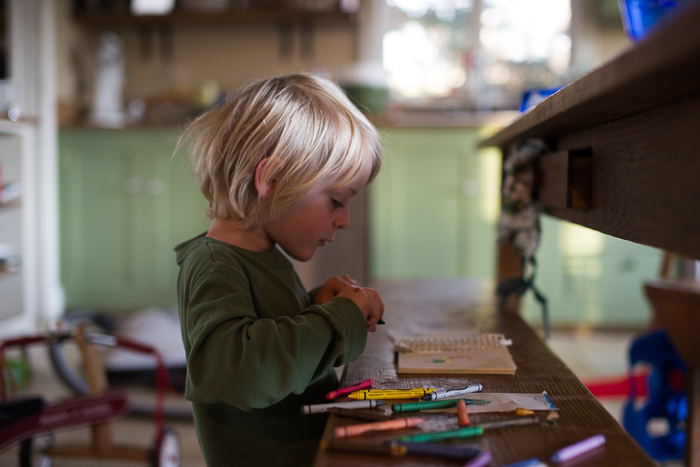 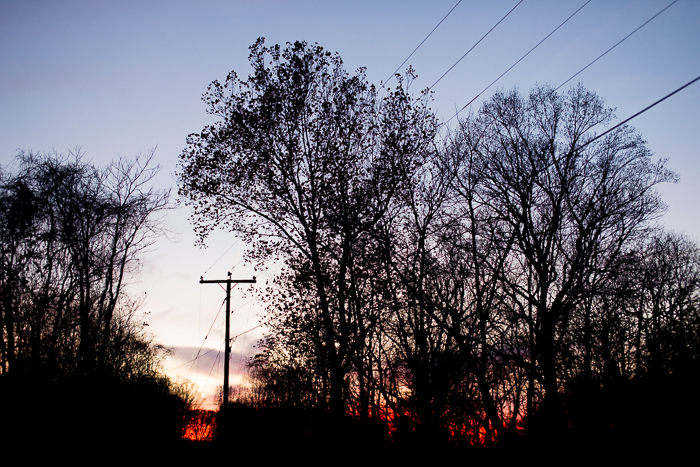 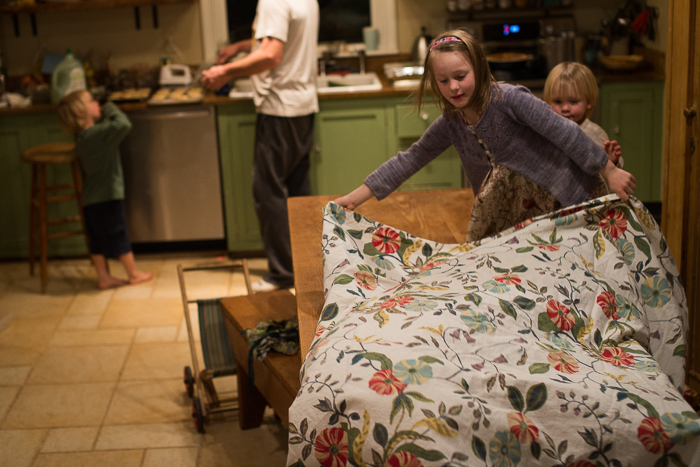 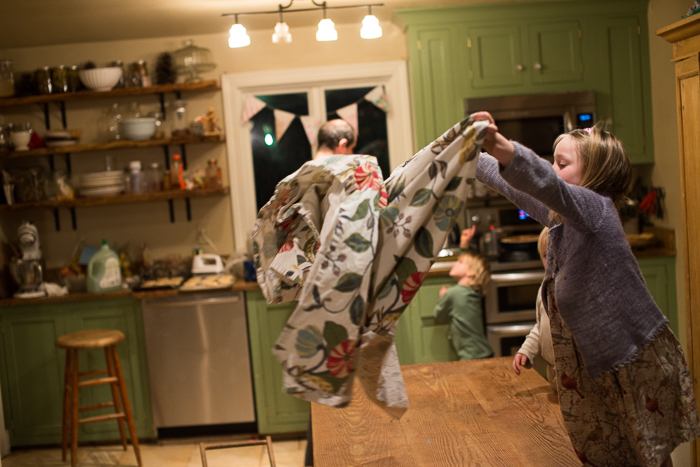 This morning, the littles were outside playing with the neighbor kids, first thing.  I got started in the kitchen, our plan, for the first time in years, to have a proper Thanksgiving meal at home, just the nine of us.  I started by baking the last of our garden pumpkins for pie.  There weren’t many this year.

Jonny ended up milling lumber for our neighbor for an hour or so, and with all the kids outside, I had a completely quiet house.  I prepped food, sipped tea, and knit a round on my legwarmer.  I felt pretty thankful for that quiet, daylit hour.

In my mind, I thought we would probably eat an early dinner, maybe 4 p.m. or so.  We did get an early start, after all.  But as seems to often be the case on Thanksgiving, we ate about two and half hours later than that, typical dinner time.  There just aren’t enough ovens.  We were all starving by then, having neglected other meals, and several of us were guilty of putting more on our plates than we were actually able to eat.  It’s nearly eight p.m. now, and most of us still don’t have room for pumpkin pie.

Sometimes, we drive to Georgia for Thanksgiving with our extended family, but not usually.  We have packed a picnic and gone hiking on more than one Thanksgiving, I think in some ways, running from the fact that we didn’t have any friends or extended family to celebrate with.  But this year, it felt best to stay home and celebrate with only each other.  Jonny noted that we were probably preparing as much food just to feed our family as many people would to feed extended family.  It’s true, we made a lot of food!  I guess we went a little overboard, because there will be leftovers for the next couple of days.  That’s pretty rare at our house.

I’m very thankful for my “little” family.  I’m also thankful for all of you, and the many ways you encourage and support us.  Thank you!