Today’s giveaway is from Made by Alejandro. Their crew consists of five children: one princess and four 1st mates. God has charted a course for them with many wild adventures (“Papa cooked what for dinner!?”) and some hair raising moments (“Mama volunteered Papa for a lead role in the ballet recital!”).  Life is never dull. 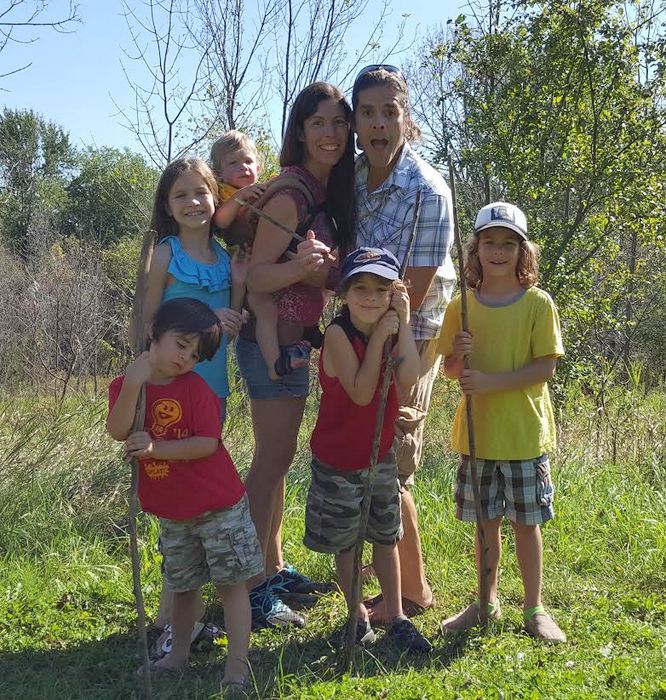 Born and raised in the Bronx, NY, Alejandro began working with leather in college during a theater class. He stumbled upon a Commedia del Arte mask and it’s been an adventure in discovery ever since. Who knew leather could be so much fun to work with? For years, Alejandro has worked with leather and is always amazed at how gripping the look, feel, and smell of it is. Mask making was so much fun that Alejandro traveled to Italy to learn how the masters of the Italian Comedy originally made their masks. He returned to the U.S. with a better understanding of what leather could do and began exploring it’s many uses. It began small, with bookmarks and knife sheaths; then eventually grew to larger pieces such as an open topped box bag made from leather. Every time he made something, he was nudged further in an unexpected direction that changed him from thinking about leather as a hobby, into leather as a new art medium. 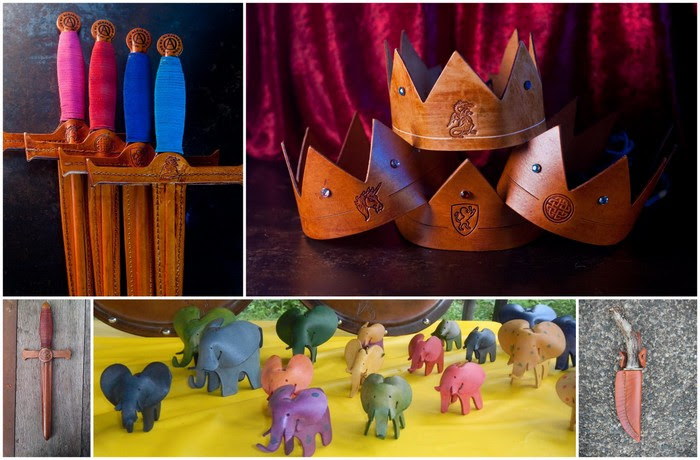 In 2010, How To Train Your Dragon opened in theaters. After seeing it, an idea sparked in Alejandro’s head. Why not make a sword out of leather so he and his kids could play? It would be safe and fun. It was a hit; the kids loved them! After the first week of ow’s and ouches, the shields were born. The shields were large enough where he could hand carve fun images into them to make them more appealing and differentiate which was whose. The day after, crawling into the bushes to find the kids’ swords resulted in him making the sword belts.

Soon, parents were placing orders because their own children were asking for Alejandro’s swords. That’s when he realized that this had the potential to become more than he imagined. Within a month, Alejandro found himself with a new title and career: Artisan Toymaker. He now sells reenactment toys and other beautiful items at art fairs across the U.S., a couple of art centers, a natural toy store, and online through Etsy. 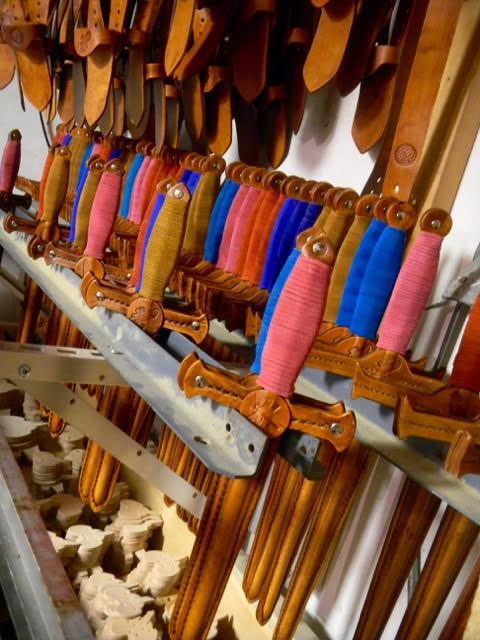 Before Alejandro makes anything, it has to spark a child’s imagination (starting with his own). Also, it has to inspire children to want to play together. Everything he makes is by hand, and he likes it that way. This approach allows him to give each piece his personal attention and helps make the toys heirloom quality, children friendly, and mom approved. 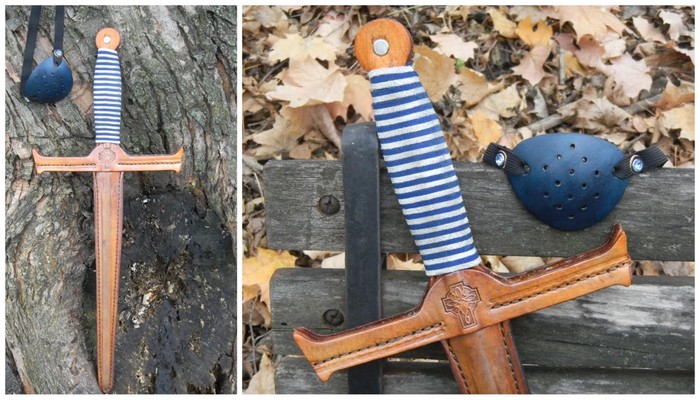 This giveaway has ended, but you can still receive 10% of your entire purchase with the coupon code SmallThings2015. This offer is good through Thursday, November 12th.

Alejandro is excited to do something a little different for this year’s holiday giveaway. Alejandro is giving away two Pirate Sets (an eye patch & sword). The first Pirate Set will go to one of you. It contains a BLUE Eye Patch and one-of-a-kind SWORD: blue/white wrapped handle, stamped with a Celtic Cross, and coated with a silver sparkle.   You can visit our Facebook page (and we’d love for you to “like” it!) and “favorite” Made by Alejandro on Etsy for additional chances to win.   Comments are closed, and the winner is announced below.
a Rafflecopter giveaway 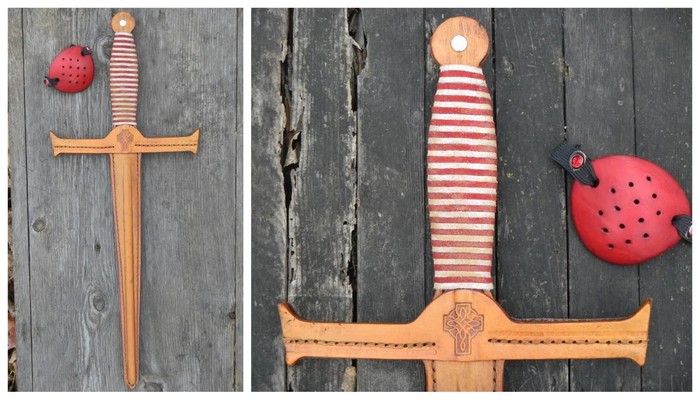 The second Pirate Set will go to someone that you nominate. It contains a RED Eye Patch and one-of-a-kind SWORD: red/white wrapped handle, stamped with a Celtic Cross, and coated with a gold sparkle. Nominate someone who, due to any number of reasons, will have few gifts under their tree this year. (Not everyone knows someone who is in need, and if you don’t, it won’t affect your chances to win the blue sword.) But if you do, this is how both you and Alejandro are going to bless them this year. So for instance you might comment, “I would like to nominate my friend Sally.”)   This portion of the giveaway is now closed.  The winner has been randomly selected from those nominated using random number generator.

In addition, Alejandro is also offering 10% of your entire purchase with the coupon code SmallThings2015. This offer is good through Thursday, November 12th.