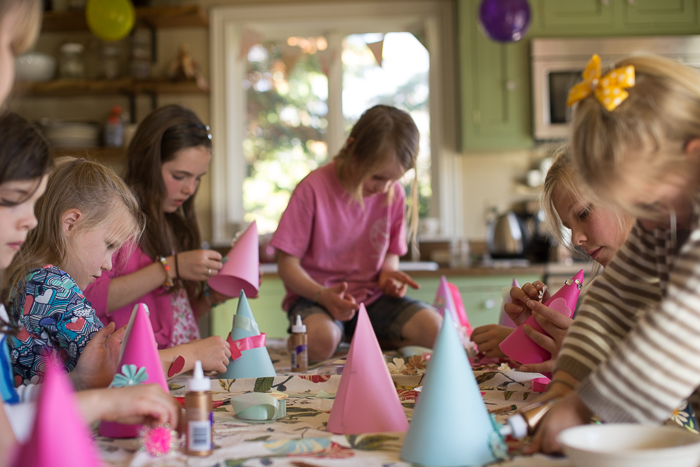 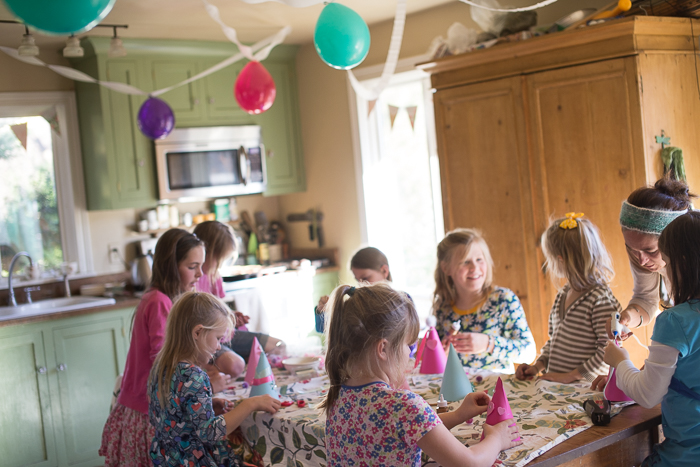 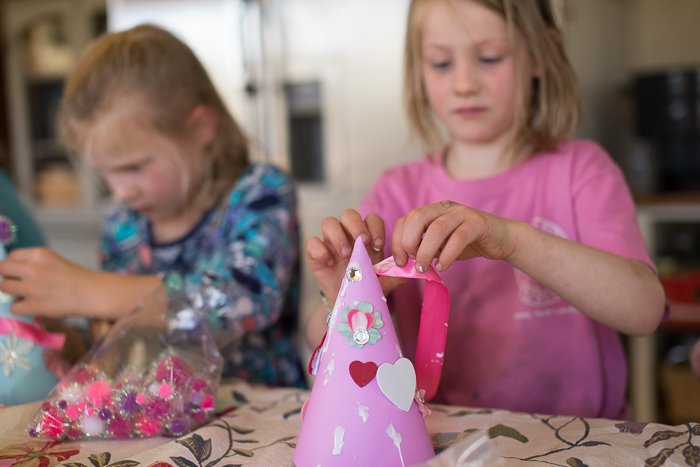 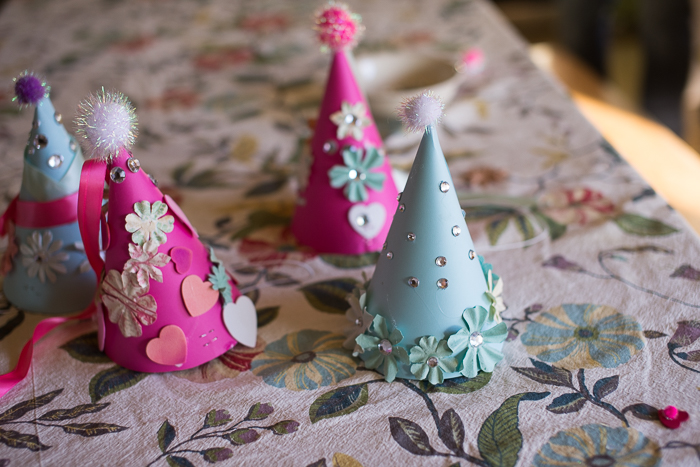 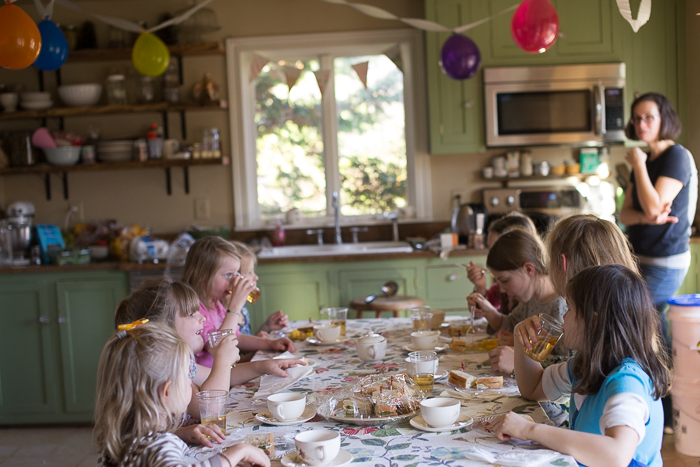 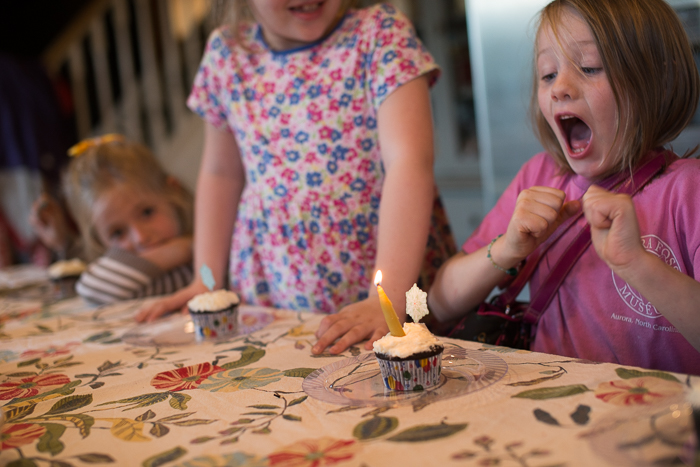 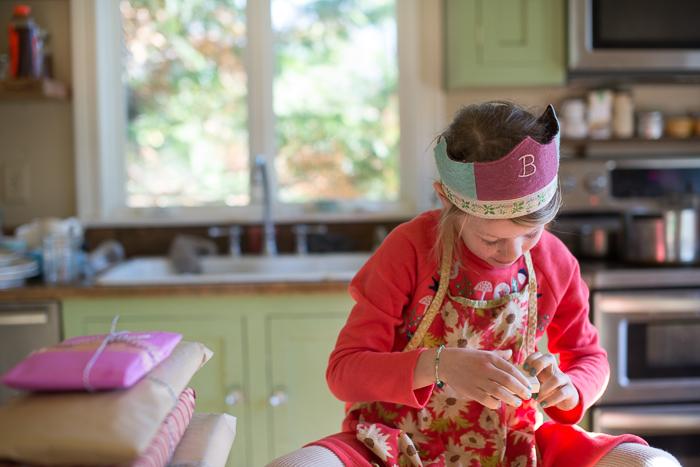 It’s been two weeks now since we celebrated Beatrix’s birthday, and I keep forgetting to share the day(s) with you.  We typically don’t have big parties, but she really wanted a party with friends and I managed to pull it together.  Beatrix and Larkspur happen to have three sets of sisters as friends, so we invited both Bea’s friends and their big sisters so it was really a party for both girls.  I made cucumber sandwiches and fruit salad and we had sparkling cider.  Then there were cupcakes (complete with candles made by one of the girls’ friends!) and hot herbal tea with sugar cubes.

While planning the party, we realized we would be short a few tea cups, so the girls and I made a trip to Goodwill to look for some.  We searched through the shelves, and found a few that would work, but then at the last minute, I found five teacups to match those we already had at home!  These are older teacups, with a beautiful maple leaf pattern on them, a set I found at another Goodwill many months ago.  It felt like a small miracle to find those matching cups!

We planned a craft based wholly on Alicia’s party hat pattern (which I had intended to sew for Bea’s birthday, but didn’t manage to.)  The girls decorated card stock hats, and then decorated them, and I think they had a lot of fun doing so.  Beatrix went a little overboard with the white glue, so typical of her. 🙂

The following day, Beatrix’s official birthday, we celebrated as a family.  She opened gifts, and we ate ice cream.  We gave her a simple plastic bead organization box along with beads and elastic cording, because she and Larkspur both spend hours making bracelets.  I also gave her the Phyllis Mouse that I had been working on at night when she was sleeping.  Despite the fact that she knew I had the kit and surely intended to make it for her someday, I do think she was surprised and pleased.  There were a couple other small gifts that I am forgetting now, and then of course her heartwood cape.  I didn’t actually finish it until after she went to bed on her birthday.  After binding off the last stitches I tiptoed into the girls’ room to see if Bea was asleep yet, and she wasn’t.  I whispered for her to get up and come see something.  I pulled the cape over her head and was so happy to see that it fit her perfectly.  She was completely surprised and thrilled with it.  I think it suits her well and will get lots of use!

I can hardly believe that this baby is seven years old now! 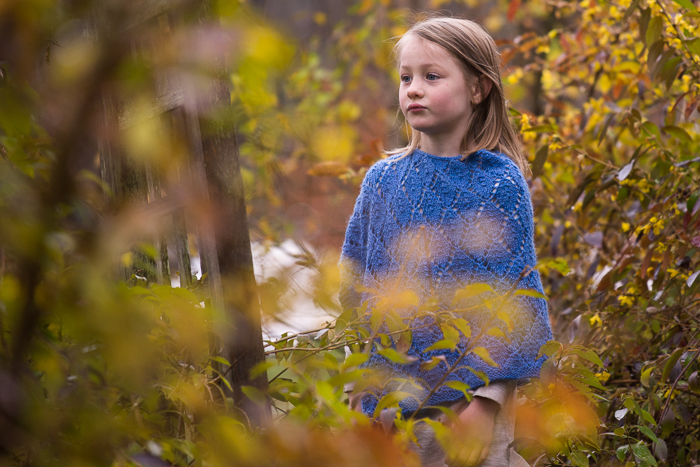 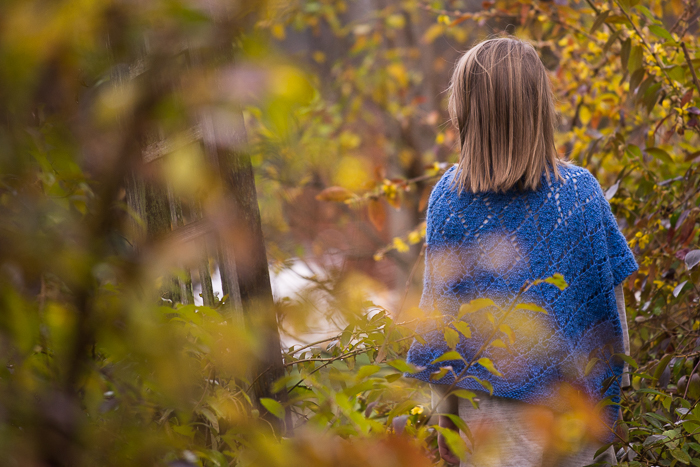 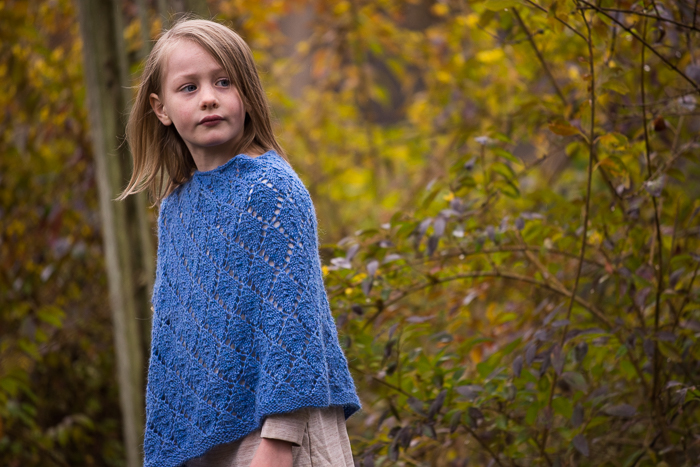 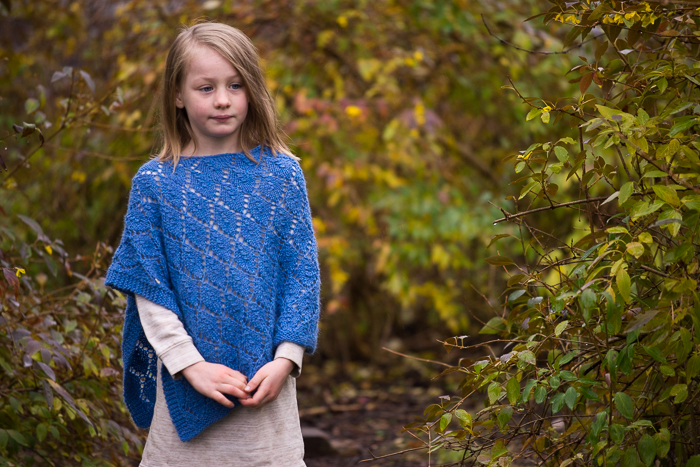