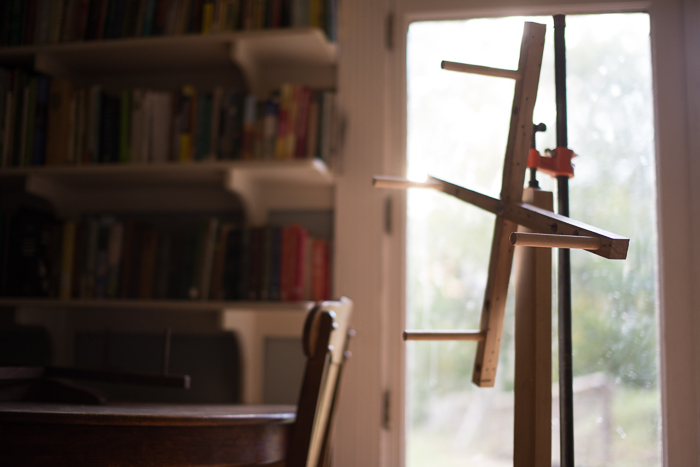 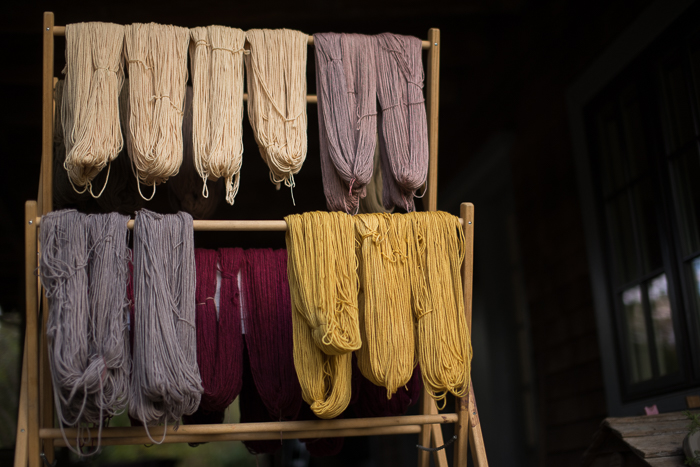 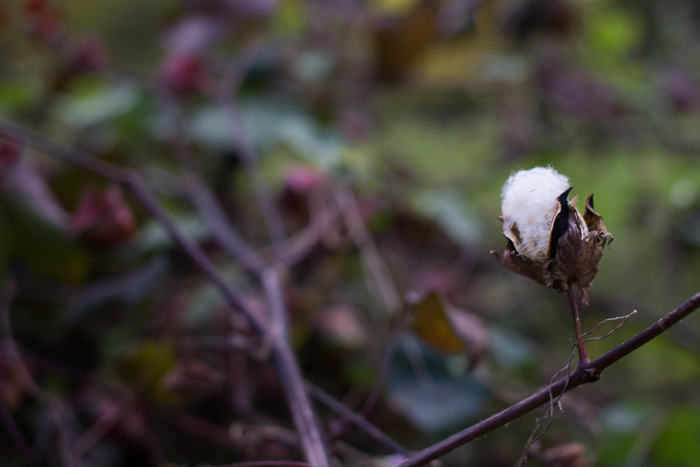 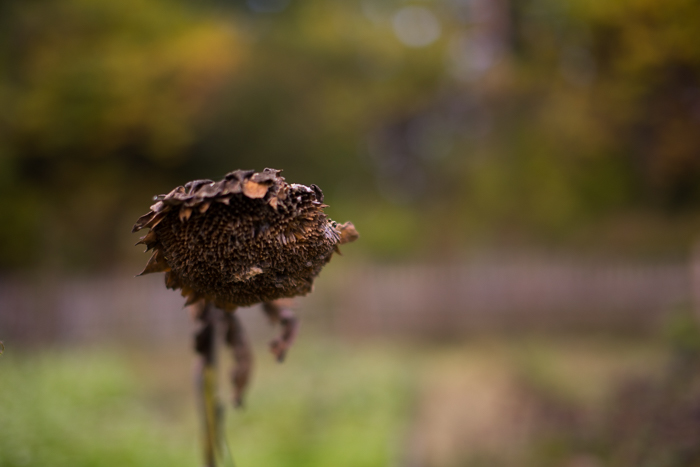 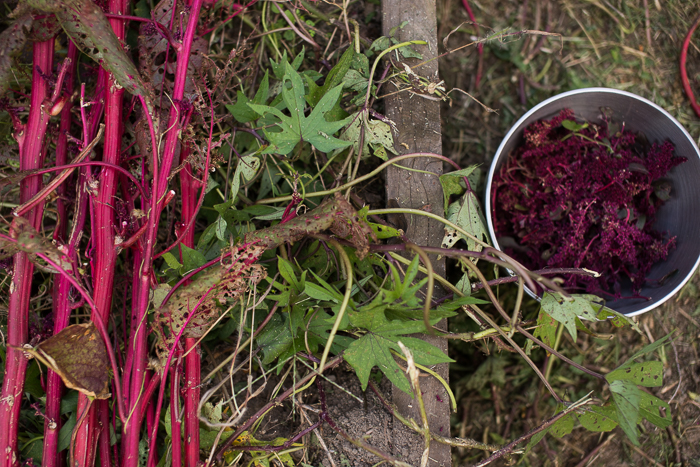 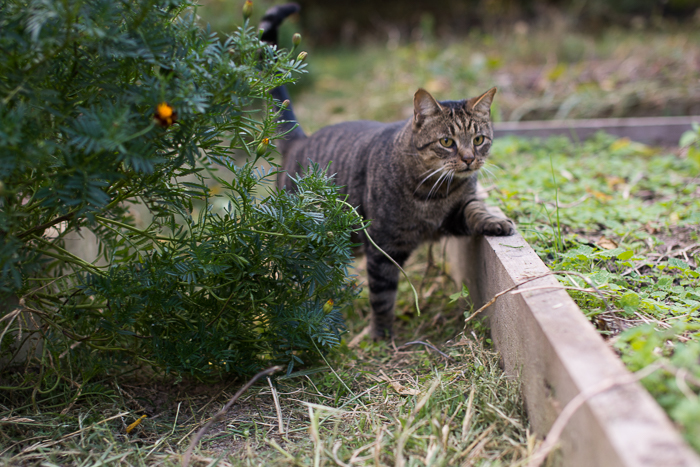 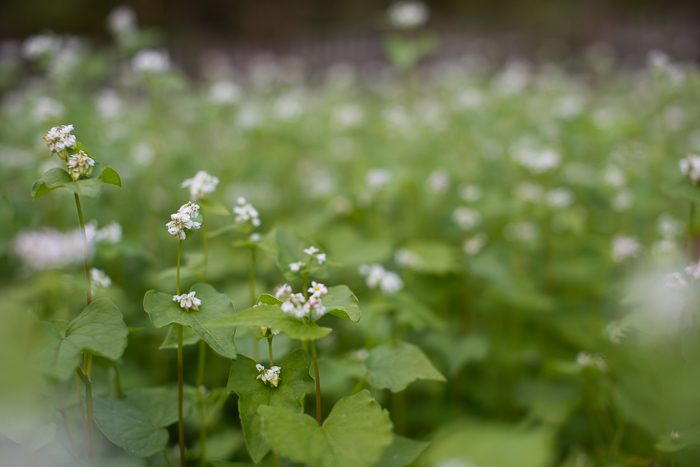 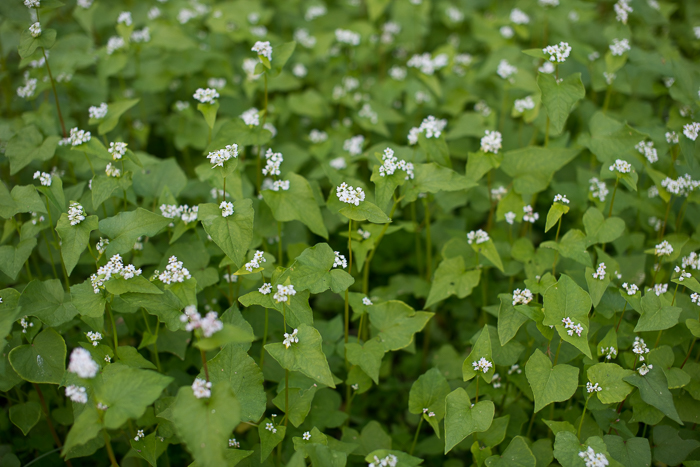 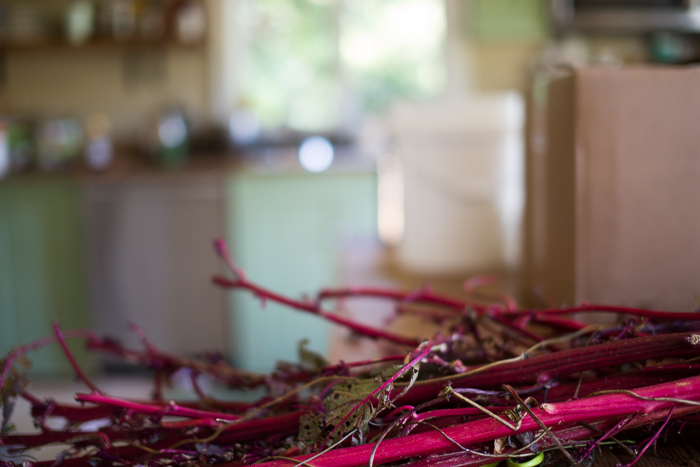 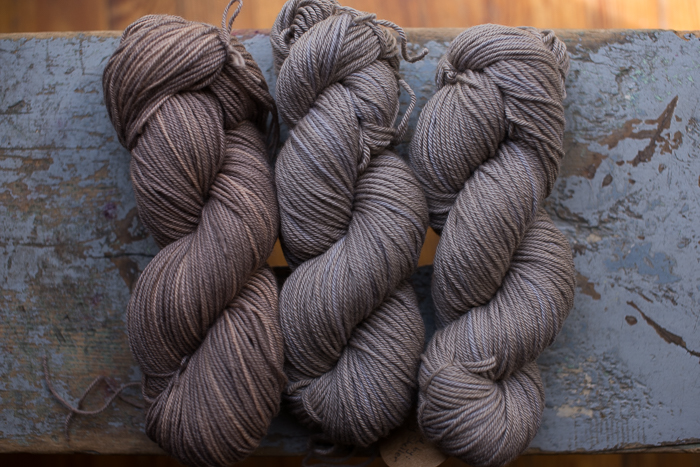 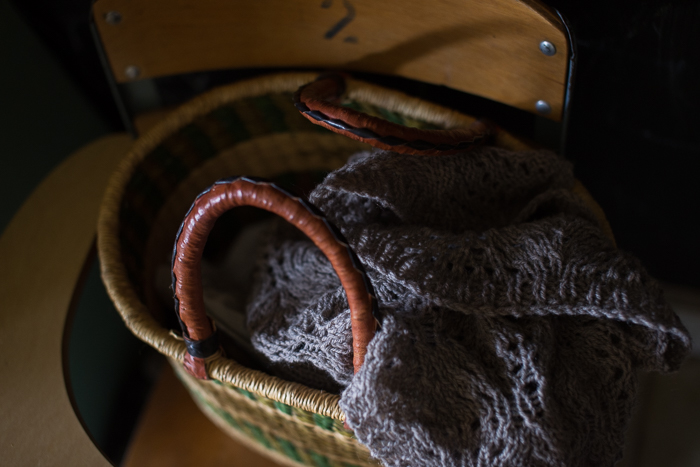 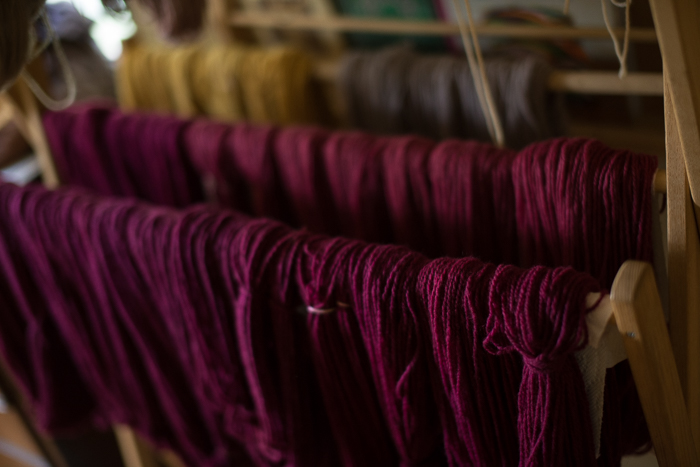 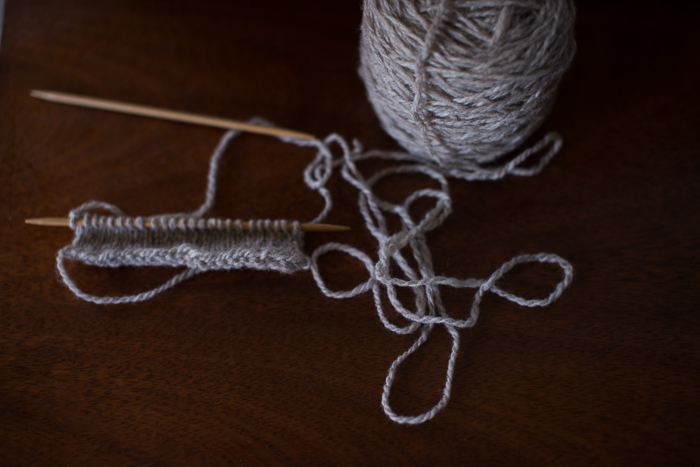 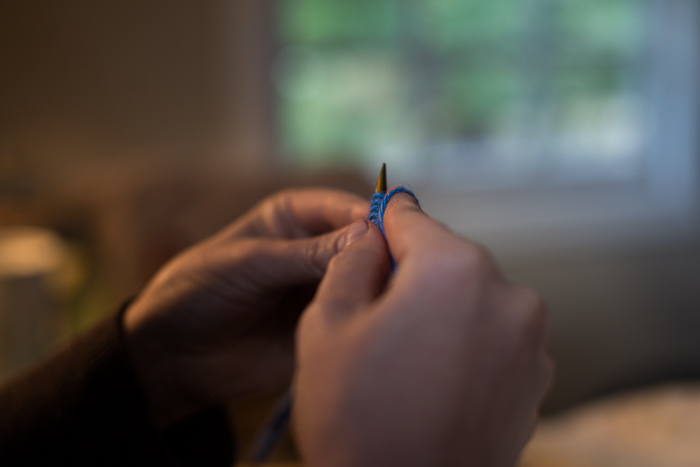 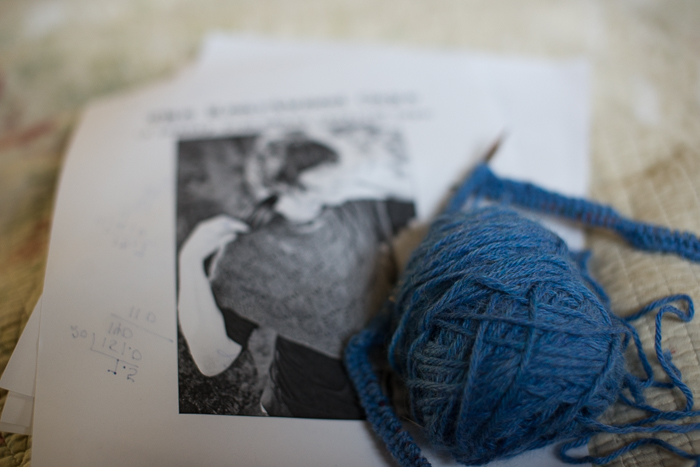 This weekend was so cozy.  It was very chilly outside and I found myself doing all sorts of things to prepare for the coming frost.  I was happy to have an excuse to finally wrap up in this shawl.  I sorted sweet potatoes and got them stored, though there are still more to be dug.  I plucked all my marigolds and zinnias for dyeing, and harvested the last of the amaranth.  I’m trying to extract the beautiful pink color from every last bit of it.  At some point though, I have to shift focus to getting yarn ready to sell.  The skeins get a little messy (you can see in the first photo of them on the drying rack) and I usually re-skein them.  Jonny is working to perfect a standing swift to help me move the skeins from one swift to another, making re-skeining a bit faster.  I’m excited about it!

Sunday found me home all day with just Seth and Larkspur while everyone else was at afternoon baseball.  Larkspur was a bit ill, so we had a slow, lazy day.  We worked on planning out Beatrix’s birthday gifts.  Her birthday is in about a month!  I realized that despite the fact I have way too many knitting projects in progress, I needed to cast on her gift and mostly abandon the others if I am going to finish in time.  She wants a blue shawl, so I began knitting this cape thinking it will be easier for her to wear (using finer yarn to get a little girl size I hope!)  I’m going to try to work on it only when she’s asleep so it’s a surprise!

Of course, then I remembered that Job’s birthday is coming even sooner than Beatrix’s!  I don’t have the first clue what we are going to give him.  It won’t be something knitted.  There’s just no time.  Someone mentioned in a comment recently that of all my kids, he is the hardest to read based on photos and what I write here.  I think that must be because he doesn’t have any extremes (yet) as quite a few of my other kids do.  He’s funny, but not extremely funny.  Rowdy, but not too rowdy.  He is pretty busy though and makes huge messes.  He has a way of saying, “Mama” to make me feel like I am the most amazing mama that ever lived in addition to giving long hugs (right after saying “Maaaaaamaaaaa“).  He’s pretty dear.  He loves baseball, having spent a large portion of his little life watching his brothers play.  I did buy him a little foam bat and ball not too long ago.  Of course those same baseball playing brothers broke the bat and lost the ball!

Any fantastic gift ideas out there for a two year old?