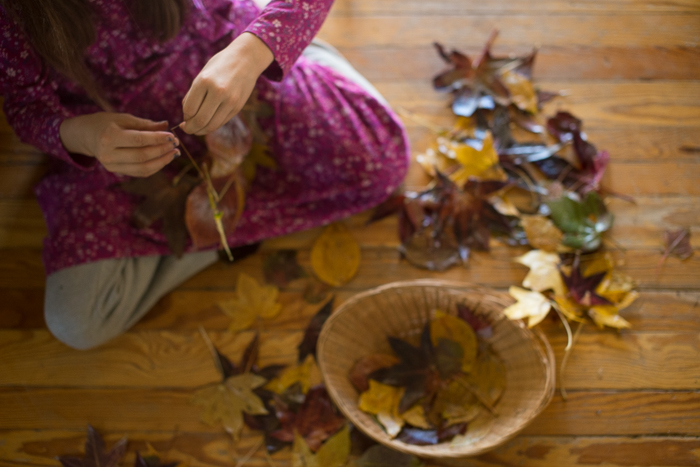 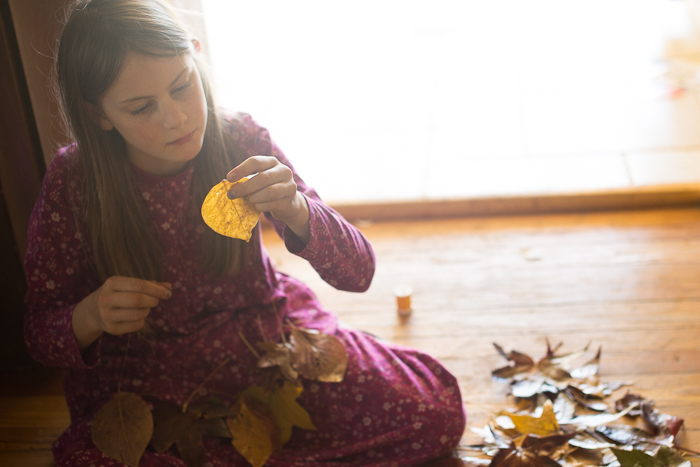 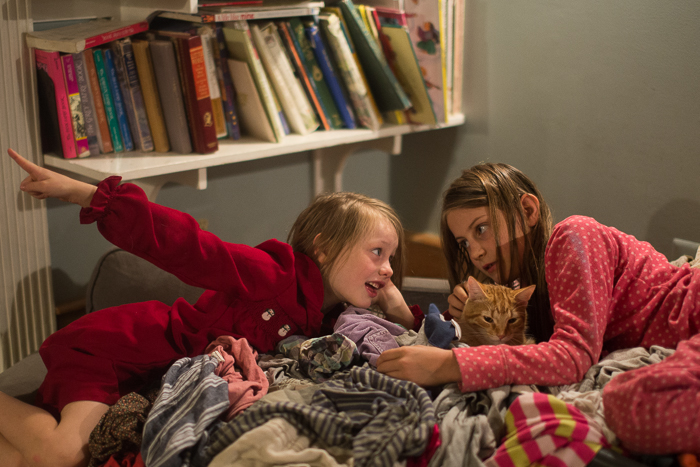 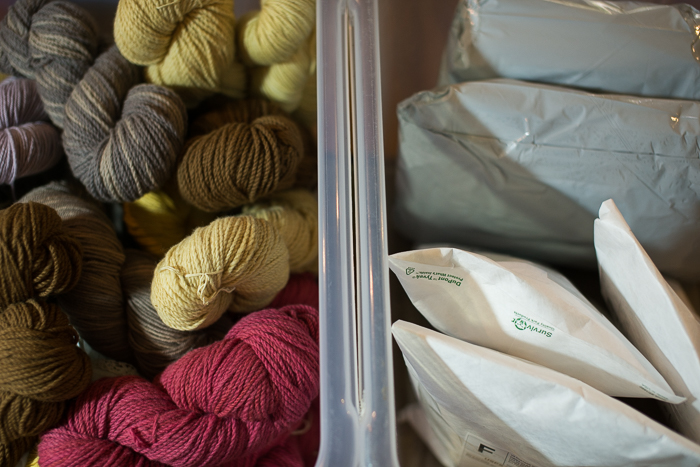 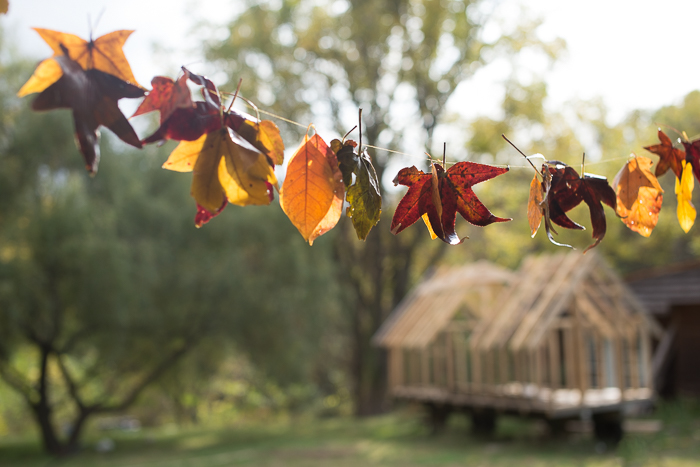 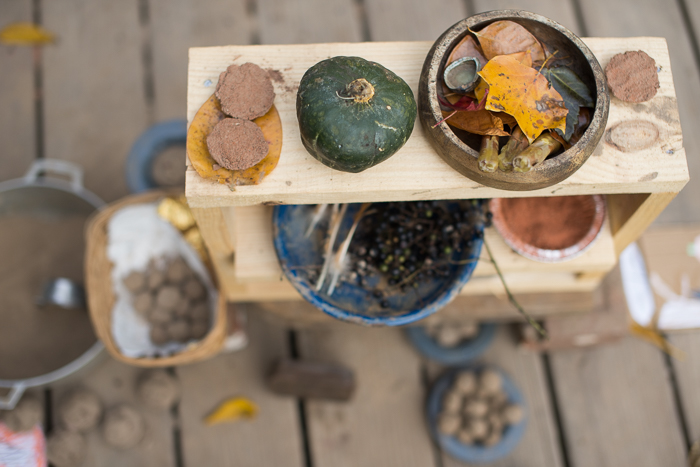 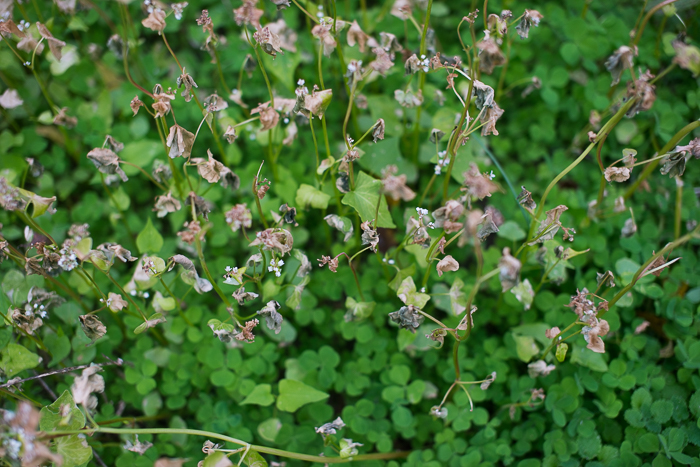 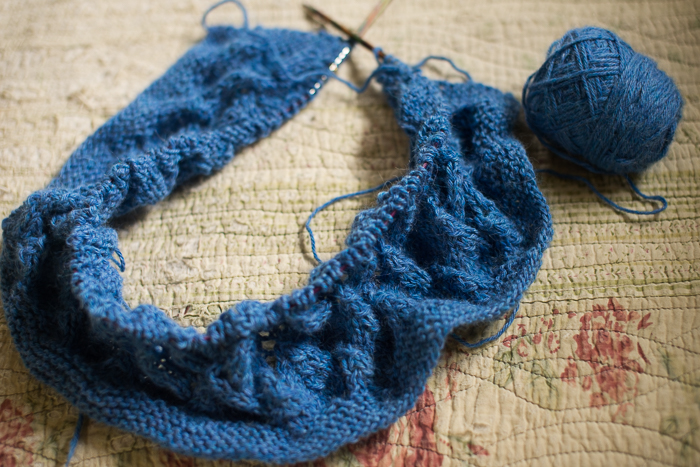 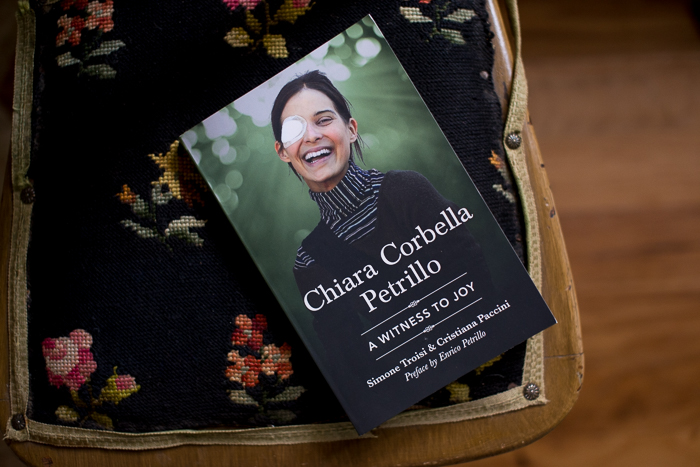 Friday was our seventeenth wedding anniversary (which is kind of crazy).  We loosely planned to go out that night, but by the end of the day I was too tired and grouchy.  Really, I think I worked myself into a bad mood because I had some sort of anniversary expectation and I knew that realistically there was no way we were going to do anything.  To make that sort of thing happen, you really have to be deliberate, clear the day and make a plan.  These things don’t just magically happen.  Saturday was a much slower day and we ended up going out for dinner then.  It was really nice and I realized that just like you can celebrate a birthday on a different day if it falls on a bad one, you can also celebrate your anniversary on a different day–hey!

I spent Saturday morning packaging up yarn (thank you for all your orders!!) while the girls prepared some sort of fall festival.  Their only request of me was that I take pictures of their decorations (mostly comprised of beeswax dipped leaves). I’m not sure what made it a festival, but it looked like there was a ring toss.  The weather has been so perfect lately and fall does seem to be at its most beautiful peak, so I understand their desire to celebrate.  On Sunday, Seth baked a pumpkin and made a few pies, well two pies and a crustless square.  I am starting to embrace the idea that I have older kids that can read and execute recipes.  Especially since they are totally motivated to bake desserts.

Time is running out to get Bea’s birthday gifts together.  Well, not really.  I have about three weeks, but there is a lot that I want to do.  I’ve been working on her birthday cape in the evenings, but I was completely distracted over the last few days by a book that arrived in the mail unexpectedly from the publisher.  I immediately recognized the beautiful face on the cover, the face of Chiara Corbella Petrillo, a young mother whose story I was vaguely familiar with.  I began to read and found myself unable to do anything else.  Two of her dear friends wrote the book in cooperation with her husband after her death.  They did a beautiful job making her story, her faith, and her love truly come alive.  It’s been a very long time since someone’s story has affected me so deeply.  Though the subtitle of the book, “A Witness to Joy,” couldn’t be more appropriate, Chiara’s story left me feeling kind of wrecked.   I felt like she became my friend, a friend encouraging me to sink more deeply into my faith, challenging me by her example to let go of false ideas, convinced that I need things to be a certain way in order to live most fully.  And while she was a true witness to joyful suffering and surrender, her message is also of the importance of letting ourselves be loved which then enables us to love.  It seems strange that so many of us struggle with just that:  allowing others to love us.  You’d think it would be easy.  I find myself unable to pick up anything else to read yet, even the Stegner book that I was already caught up in.  But maybe that’s good, because I really need to be working on Bea’s cape.