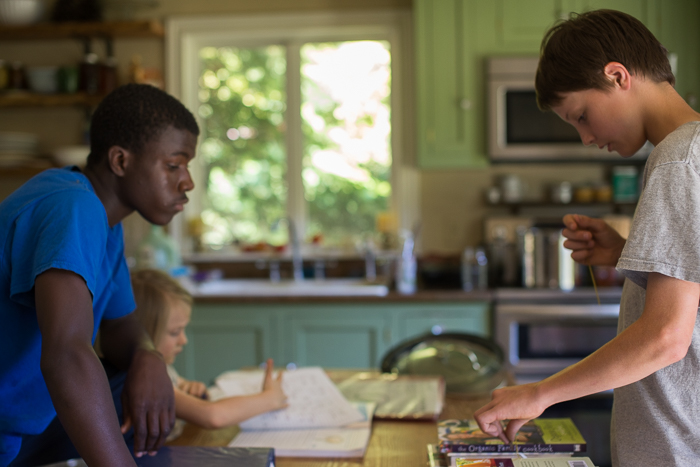 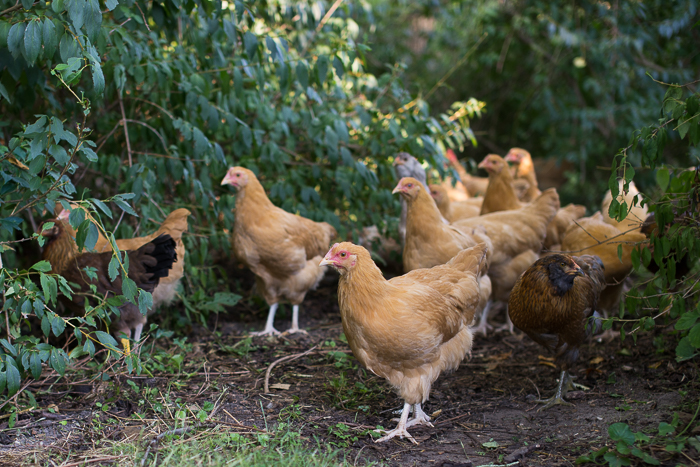 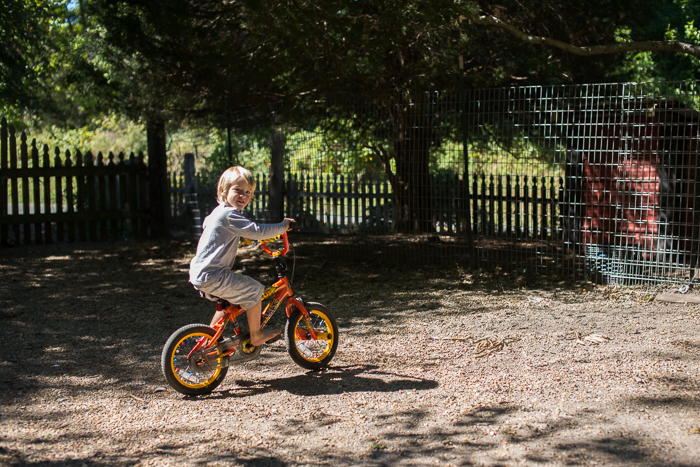 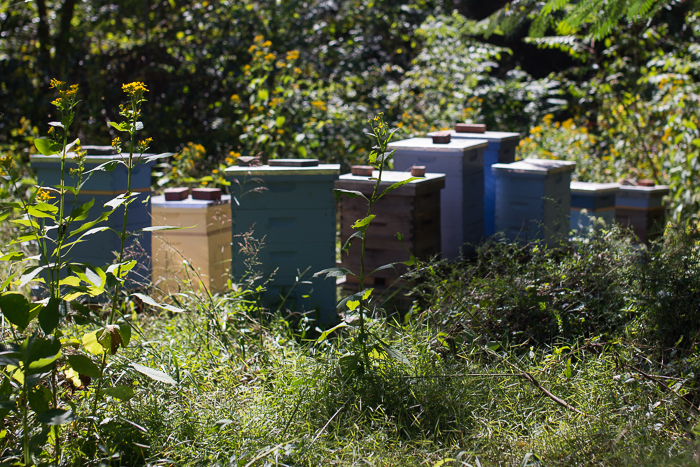 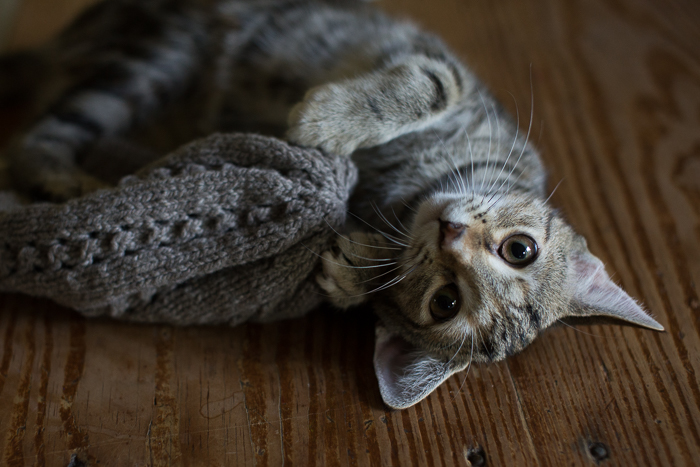 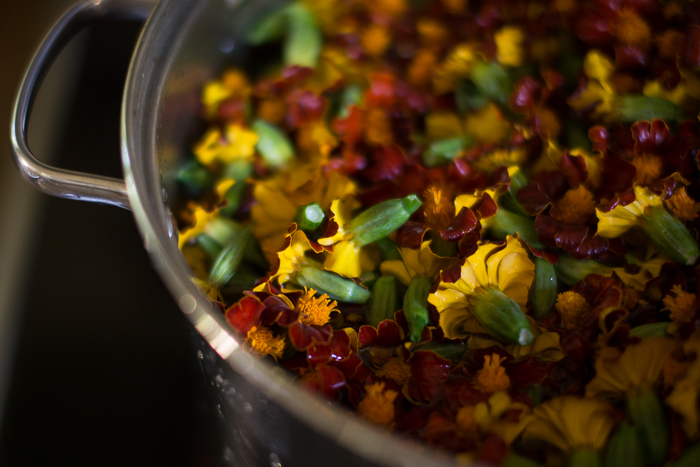 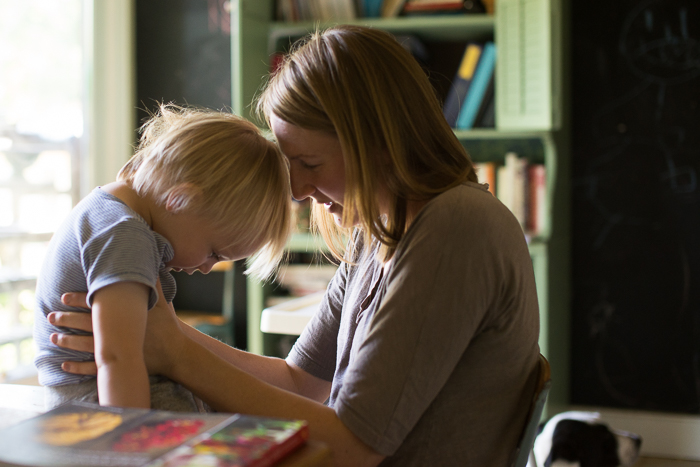 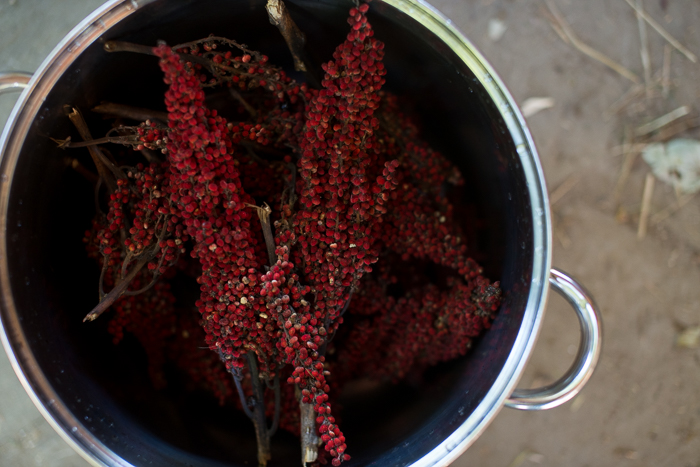 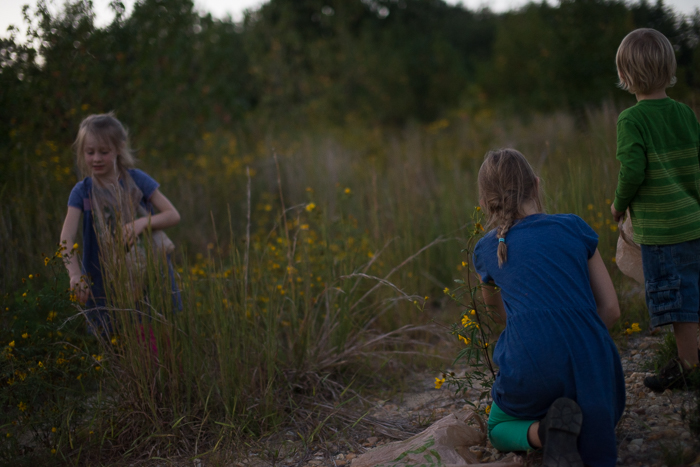 The past couple of weeks have been a blur with the start of a new school year, homeschooling co-op, new classes, and commitments.  I’ve been on this crazy natural yarn dyeing kick right in the midst of it all.  I’ve dyed more yarn than I could knit in a couple of years, so I’ll be selling it in my Etsy shop soon.  I’ll let you know!  I really, really love dyeing with plant based dyes, almost all of them sourced on or near our property.  It’s been a lot of fun, though I’ll be glad to slow down as my selection of plants begins to dwindle with the change of season.

Silas learned to ride a bike last week!  We bought him this balance bike

for his third birthday. It took him a week or so to get the hang of it, but he’s been balancing ever since.  That little bike has been to every baseball tournament, camping trip, and even went to New York a few weeks ago.  He loves it.  I was at the thrift store last week and noticed a nice little boys’ pedal bike for five bucks.  I’ve never had a four year old ride a bike without training wheels, but I bought it, wondering if Silas might be able to ride it because of all his balance bike practice.  He needed a little help getting on and getting going, but sure enough he is riding that bike without training wheels all over the yard now. The other night he was sitting in my lap and we were discussing how precious he is.  I asked him, “Do you know why you are so precious?”  “Yes,” he replied, “I’m precious because I can ride a bike with no training wheels.”

Remember when we bought the lot next door to our house last year?  Well, there was an adjacent lot that we also wanted to buy, but couldn’t afford.  Over the past six months we’ve watched part of that patch of forest be cleared and a house erected.  Jonny was a little upset to watch that happen to land he had hoped to one day own, but I’ve been hopeful.  I started praying early on for good neighbors.  I kept my definition of “good” simple, not wanting to trouble God with things that aren’t that important in the big picture.  Maybe that’s something I should get over, but I tend to feel like I shouldn’t ask for much.  I simply prayed for neighbors who wouldn’t hate children or animals and really hoped that my prayers would be answered.  Beatrix, on the other hand, was far more specific in her prayers.  She told me that she wanted a friend, a little girl one year younger than her six years, but with a November birthday like her.  She wasn’t afraid to ask for her wishes to come true.

About two weeks ago, we noticed that someone was moving in.  The house had only been on the market for about a week, so that was quick!  We’ve been living mostly in isolation here for 13 years with the exception of some old-timers across the street.  We weren’t quite sure how to handle this development.  I called a friend to discuss.  She suggested we take them some baked goods.  But what if they have allergies?  What if they hate baked goods?  I was too nervous to do anything.  My kids took matters into their own hands and headed off into the woods to try to get a better look at these people.  In other words, they spied and I supported them in their spying, instructing them not to look into any windows, because that would be peeping rather than spying.  It’s important to differentiate.  I doubt they were discreet as they watched the family moving in.  They came home reporting that there was evidence of children, a girl and a boy they thought, along with two dogs.  In the days that ensued my kids made friends, the boy and girl being close in age to Beatrix and Larkspur.  Jonny made friends next.  Finally, I got up the nerve to walk over and introduce myself too.  They seem sweet, this new family.  I am happy to have neighbors, and our kids have already made a trail between their property and ours.  They like animals and are considering a flock of chickens of their own.  They think the goats are cool.  On Friday, the mom walked over with her kids unexpectedly.  September is our absolute messiest time of year.  Jonny is slammed with work and I am busy getting into the new fall routine.  This translates into our house and yard looking like a total dump.  She didn’t seem phased, and I thought to myself that we can only go up from here.  Good that she sees me at my worst.  I showed her around and then asked the question I have worried about most, “Do you guys have allergies?”  She answered, “No, none” and didn’t seem to think it an odd question.  I followed up with, “Not even bees or wasps?”  And she said no.  I told her, “We have honeybees…nine hives.”  She replied that her husband was interested in keeping bees himself.  I showed her the hives, and it was no big thing.  Exhale.

We have new neighbors.  They like kids.  They like animals.  They go to our church!  They aren’t allergic to honeybees.

They have a little girl who is one year younger than Beatrix and her birthday is in November, four days after Beatrix’s.

When Beatrix came home last week bouncing and giggling with her news, I fought tears as I told her, “Bea, do you see?  This is God showing you how much he loves you.”