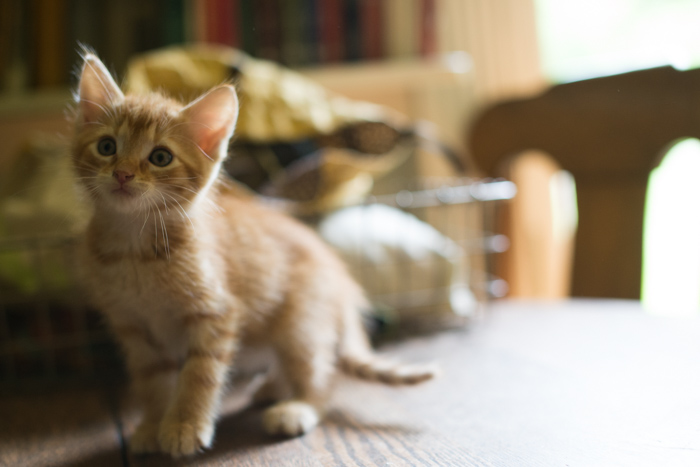 (Because we need more pets.)

Last week, I dropped Seth off at a friend’s house to hunt for fossils in their creek.  A couple hours later, Jonny picked him up and they came home with an orange kitten.  Evidently Seth asked for one of the barn kittens these friends had running around, and Jonny, thinking they were too feral to put your hands on said, “Sure, if you can catch one.”  He didn’t know that Seth had already caught one, and would have no problem doing so again.   (I also think that Jonny likes kittens more than he wants anyone to know.)  When Seth walked in my bedroom that evening, showed me the kitten, and asked me if he could keep it, I said that it was up to Daddy.  Seth asked Jonny, and he replied that it was up to me.  And well, you guys know me.  Jonny and I had the same discussion we’ve had many times over the years, the one about saying “yes” because childhood is short.  The kitten stayed. 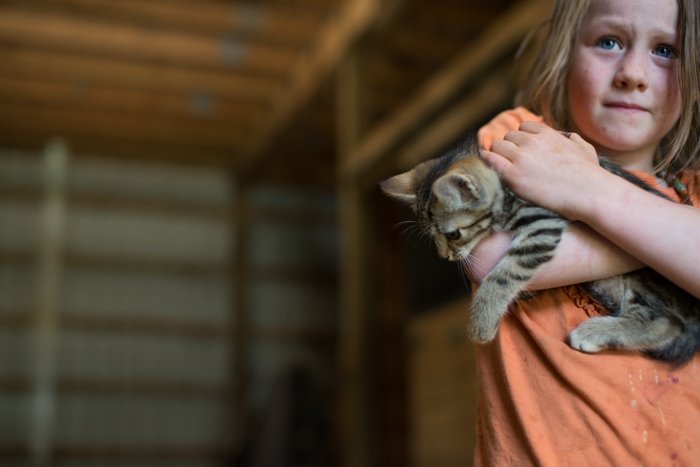 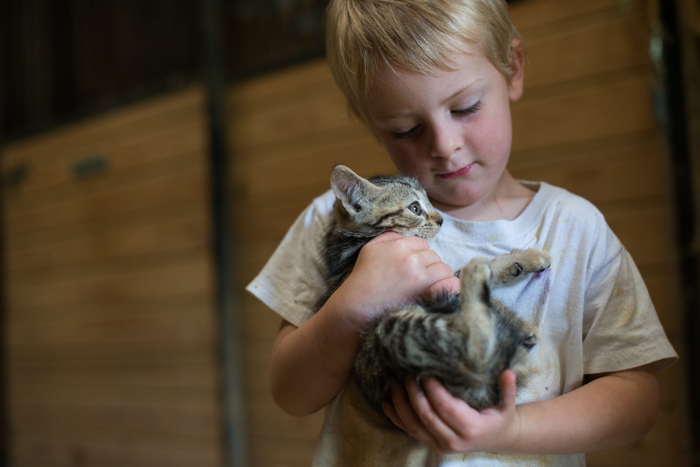 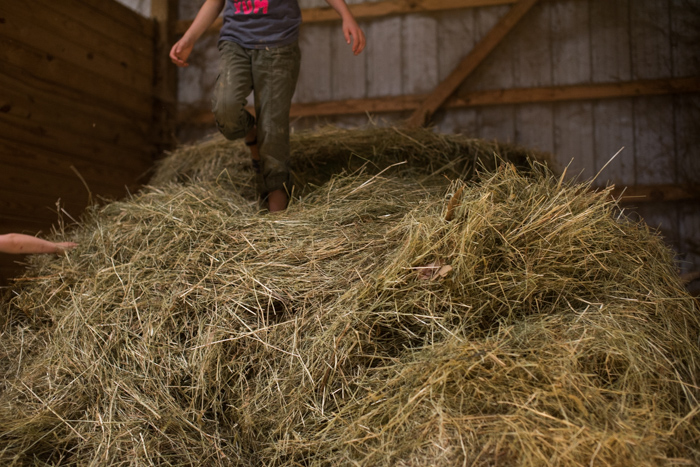 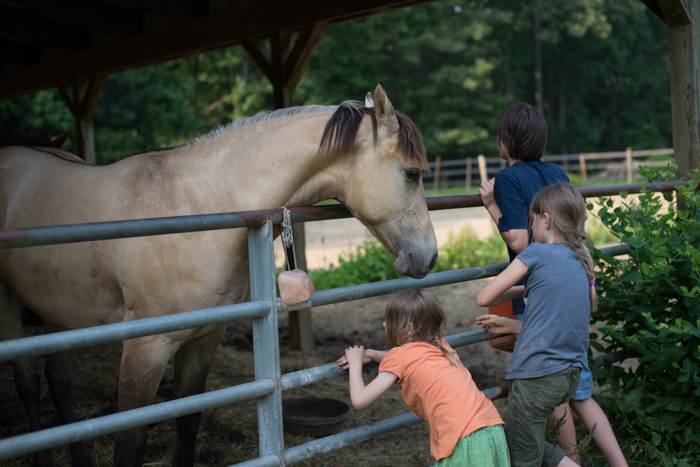 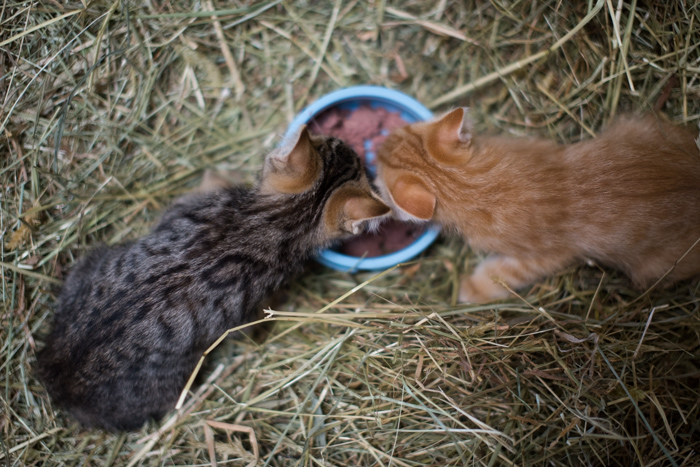 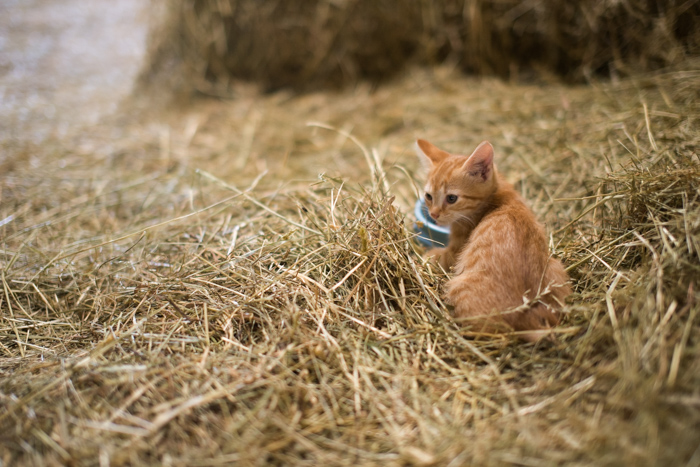 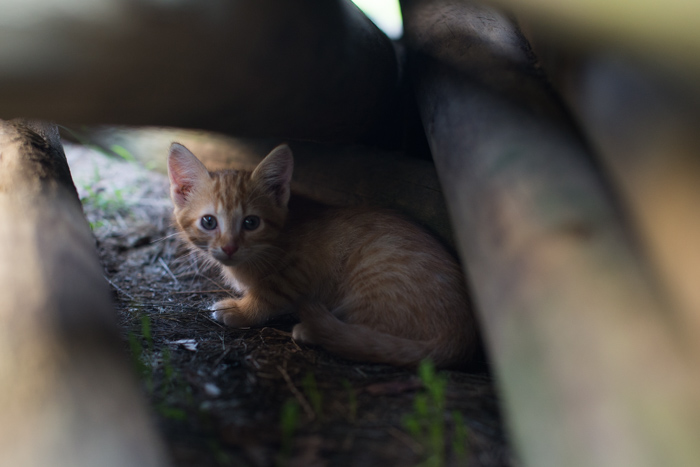 So we had this little kitten who was doing a lot of crying at night because he was lonely.   I decided we might as well go back and see about his litter-mates, because kittens are usually better in pairs.  We would just take a look at them.  Maybe bring one home.   I wanted another male, but as it turned out the other three were girls:  a tabby, another orange, and a classic tabico.  We went home that day without taking any of them because I was so set on two boys.  The little tabico though, something about her pretty markings and bad attitude made an impression on me, so we went back for her.  But this time she escaped us.  We spent some time with the other two, and waited around for little angry girl to come back, but there was no sign of her.  The kids thought we should take one of the friendlier kittens, but I disagreed with their sensible suggestion. 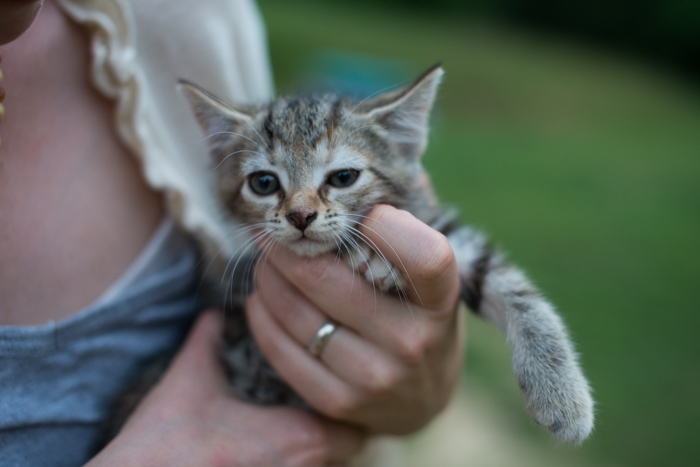 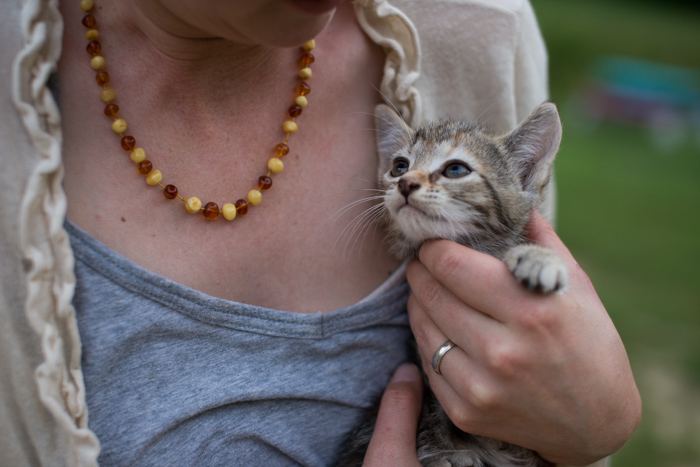 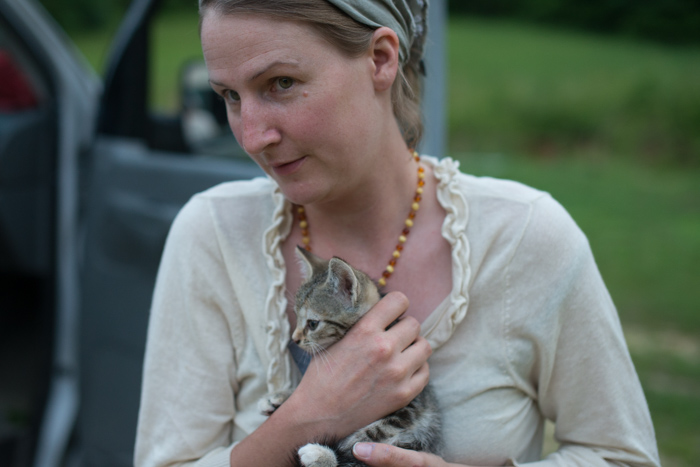 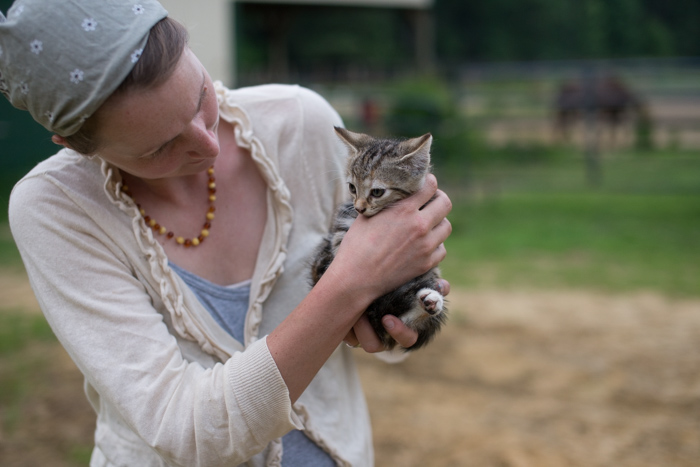 The next time we visited, Keats found my kitten under a pile of logs and pulled her out.  She tried to convince me that she hated me, but I didn’t fall for her tricks. 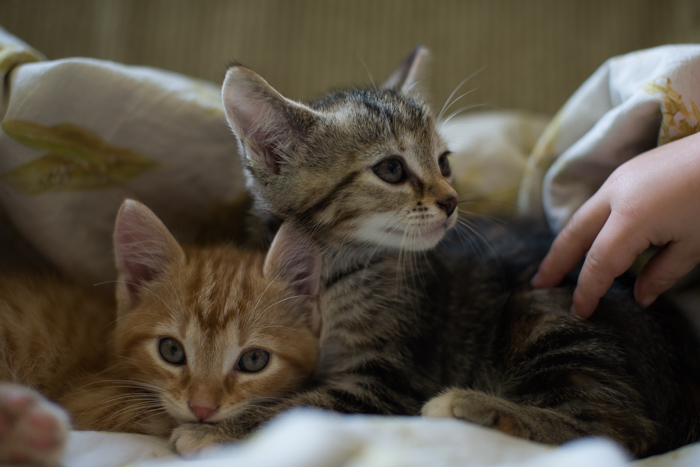 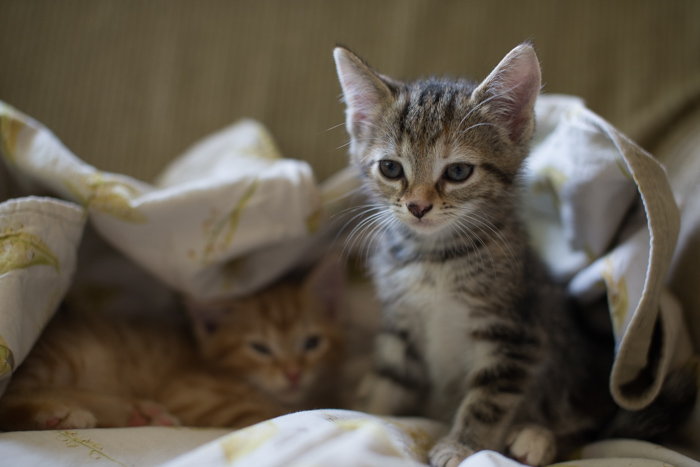 The kittens, whom we named Francisco and Jacinta after much discussion, are settling in nicely.  Jacinta is sweet as can be already, and currently purring up a storm in Seth’s lap. Francisco is a wild man who is equally, if not more affectionate than his sister.  I am glad we said, “Yes!”