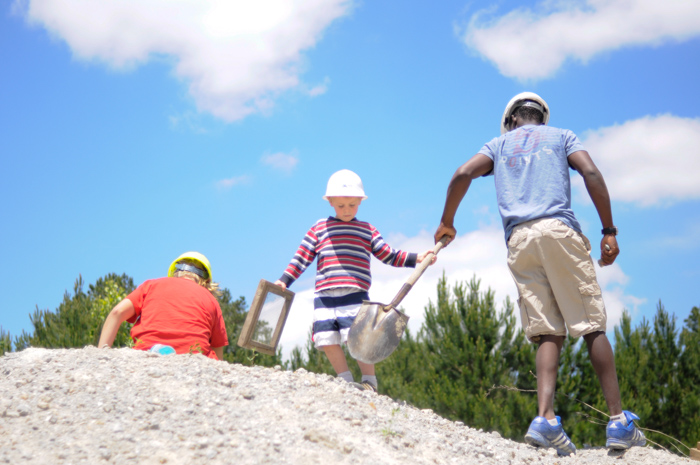 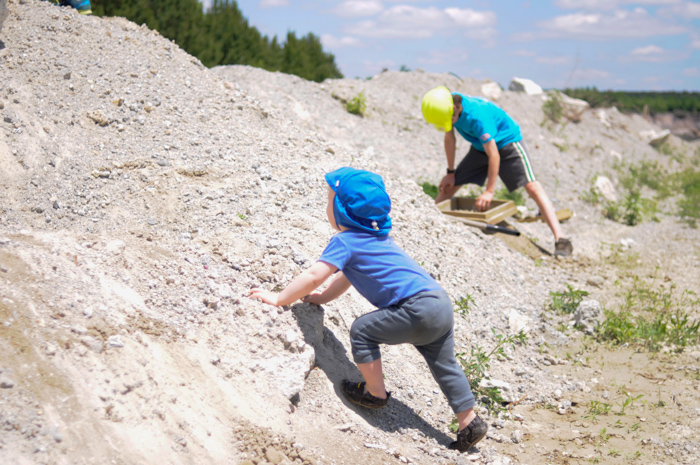 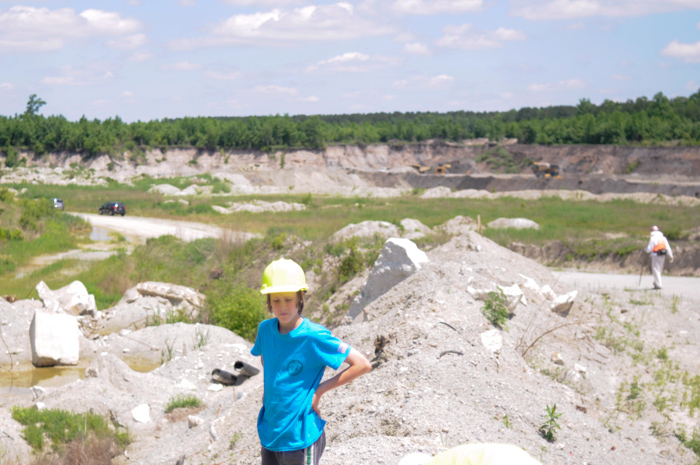 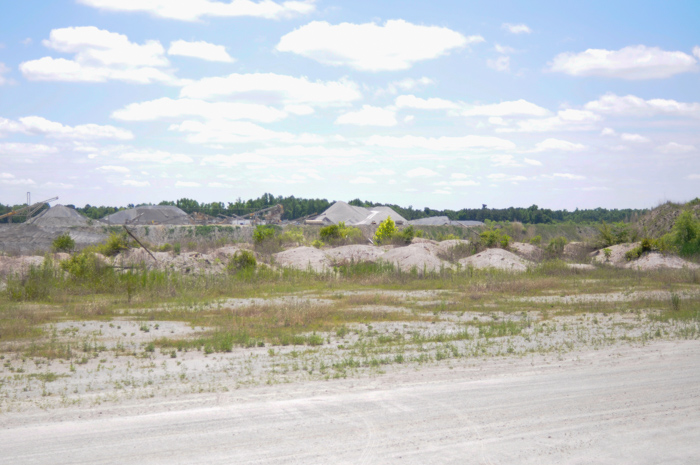 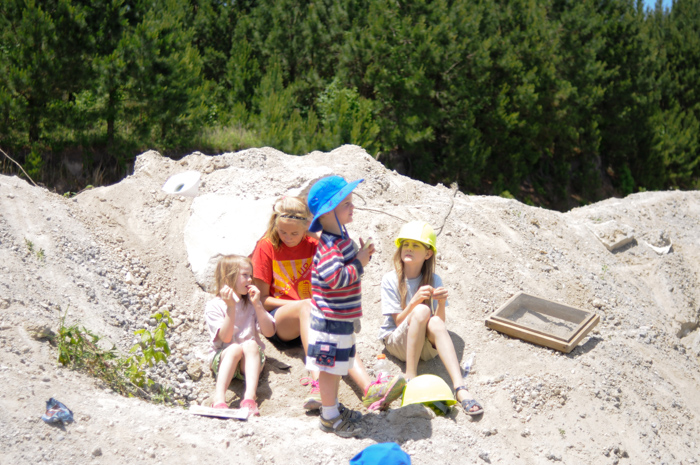 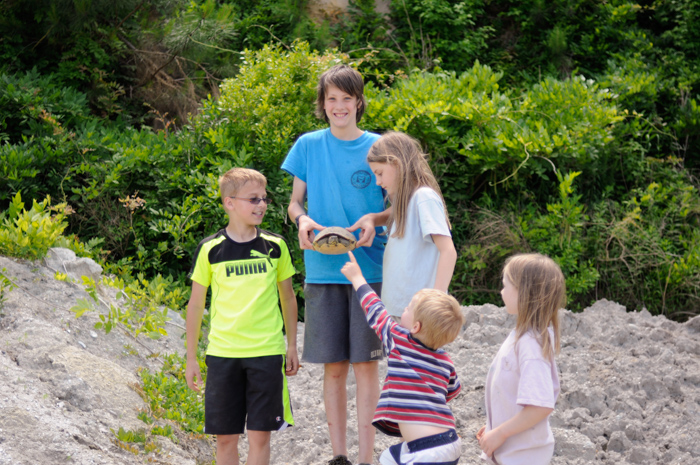 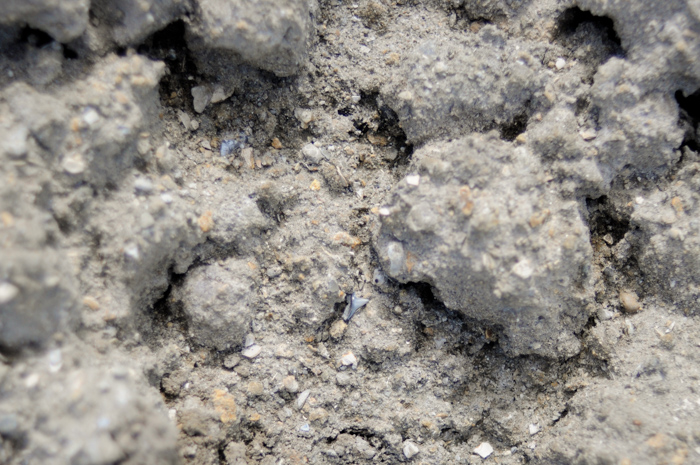 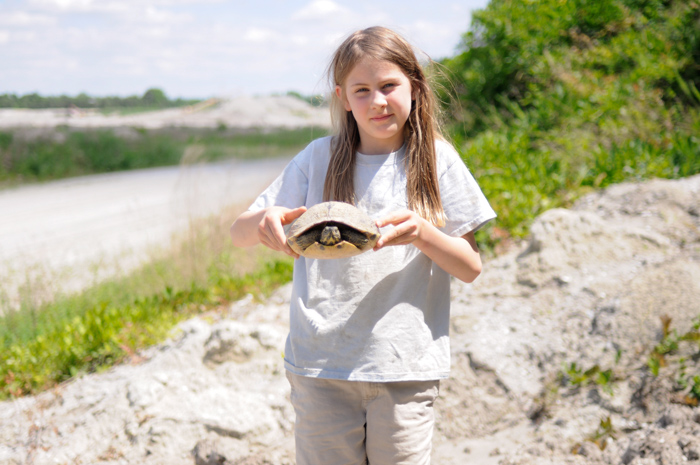 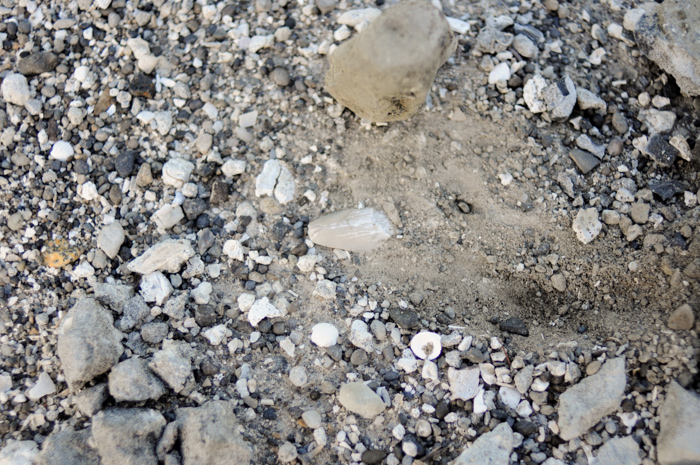 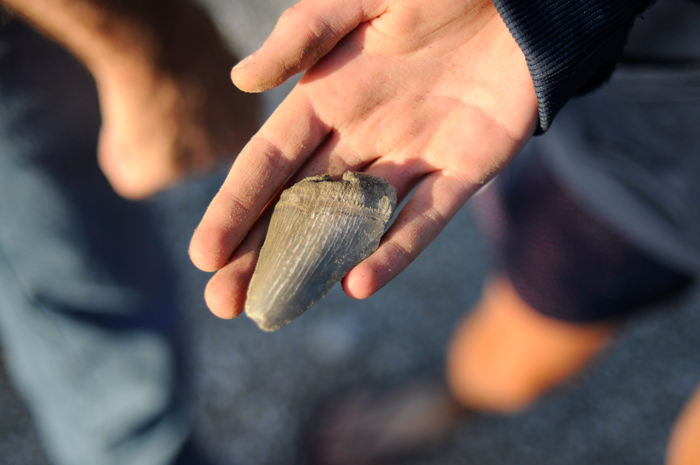 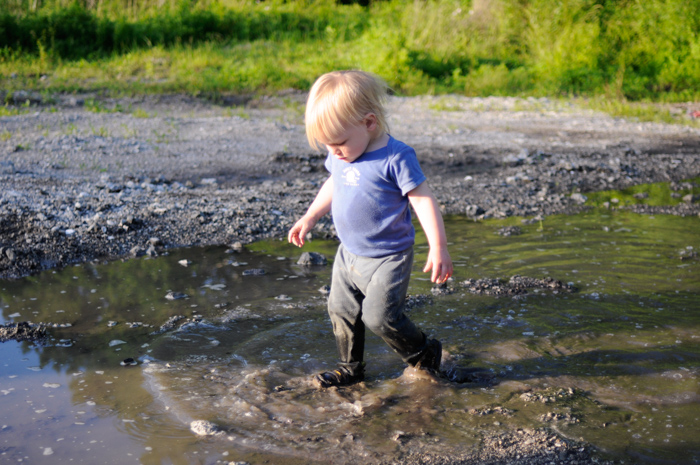 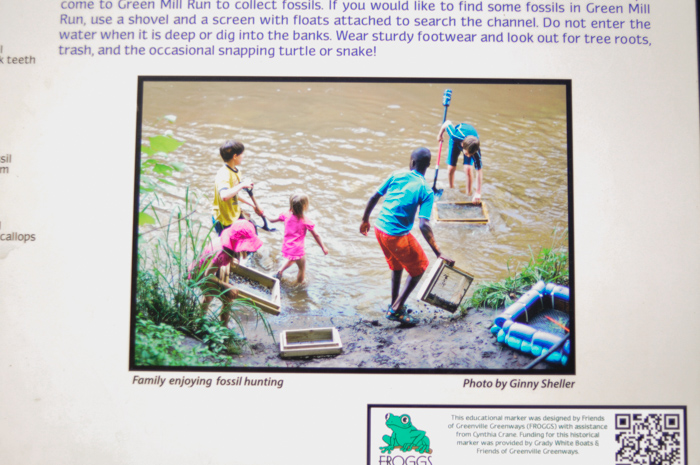 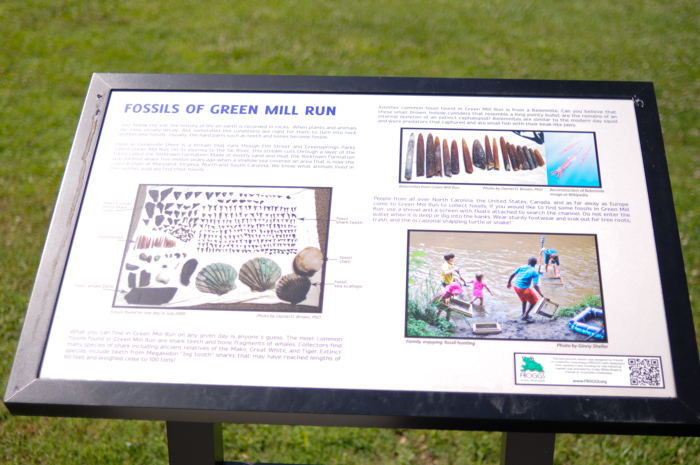 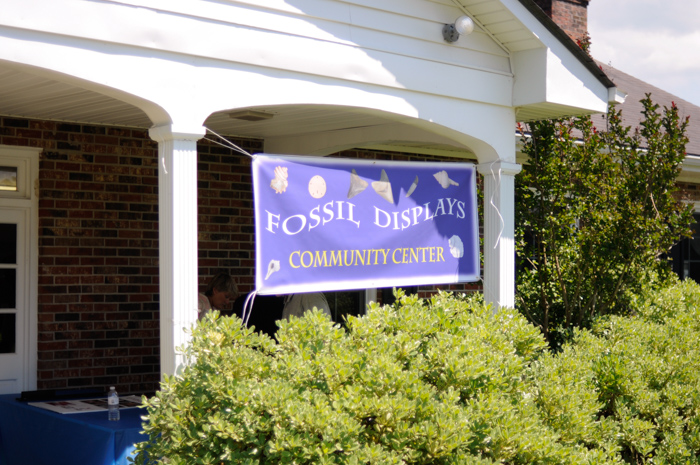 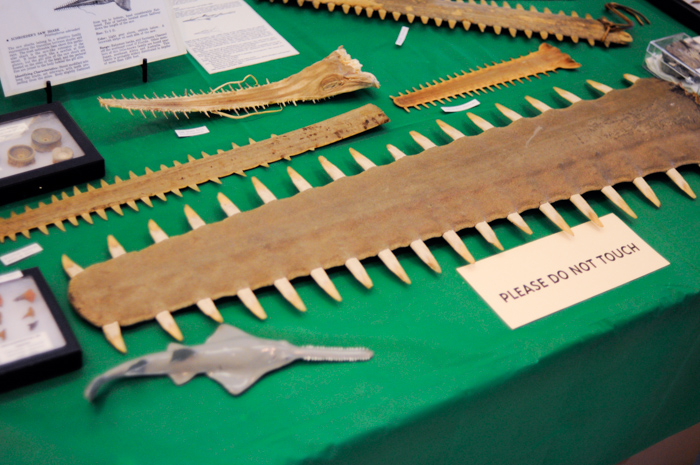 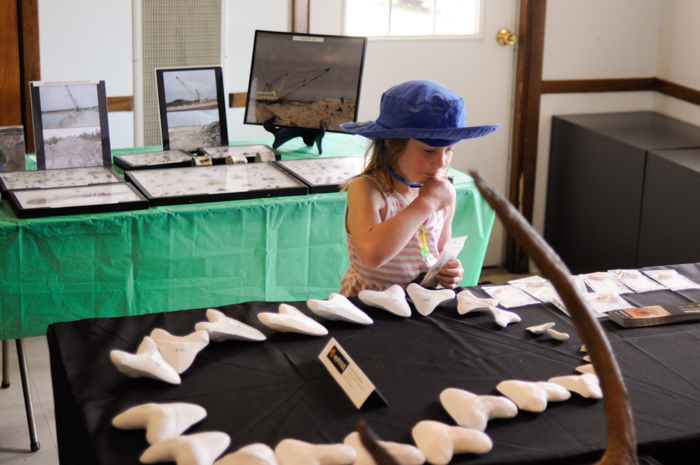 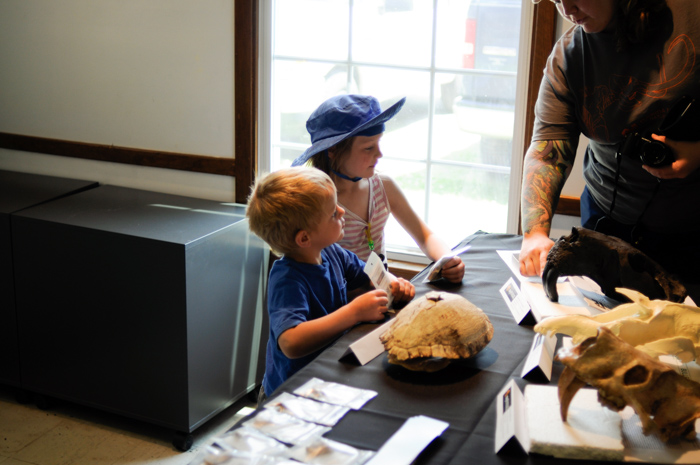 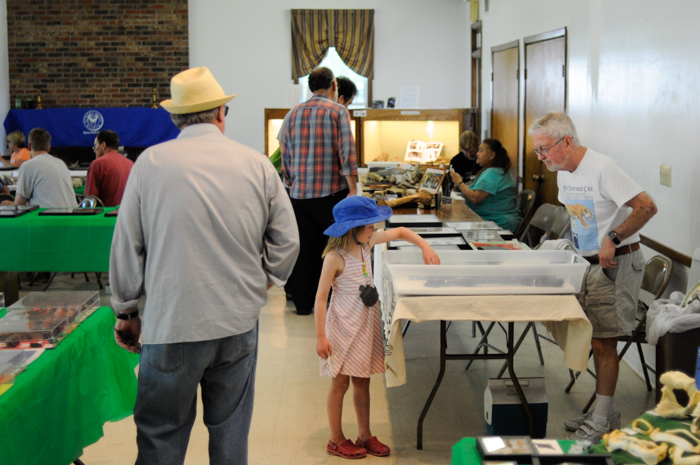 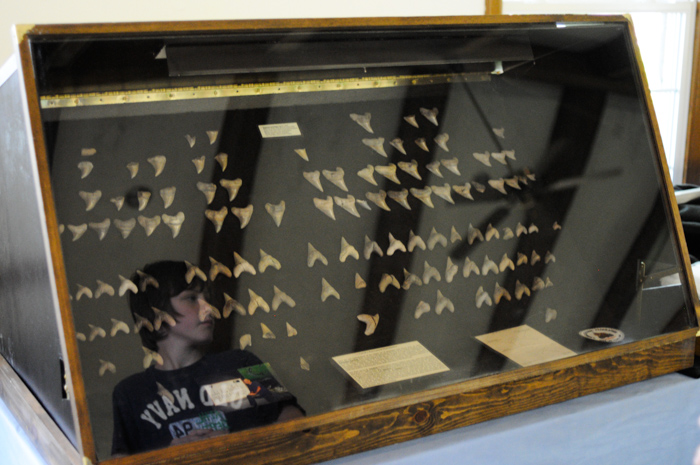 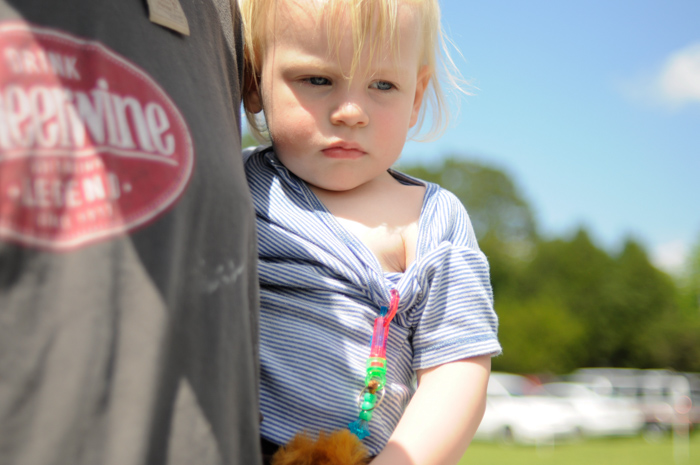 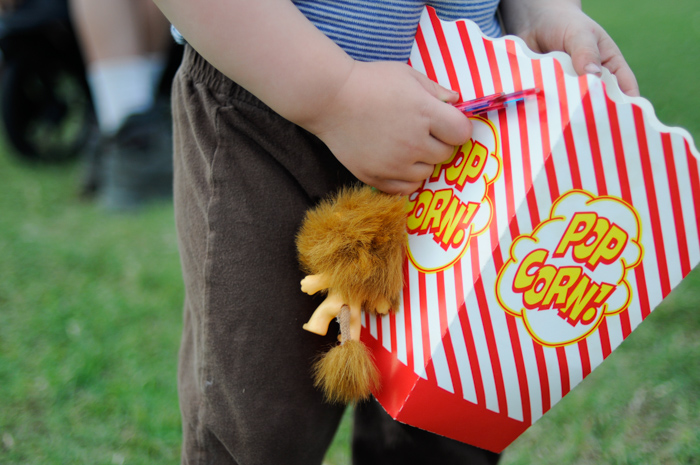 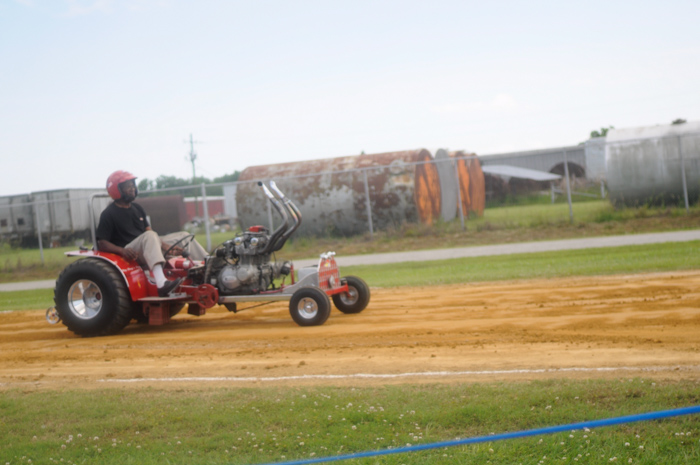 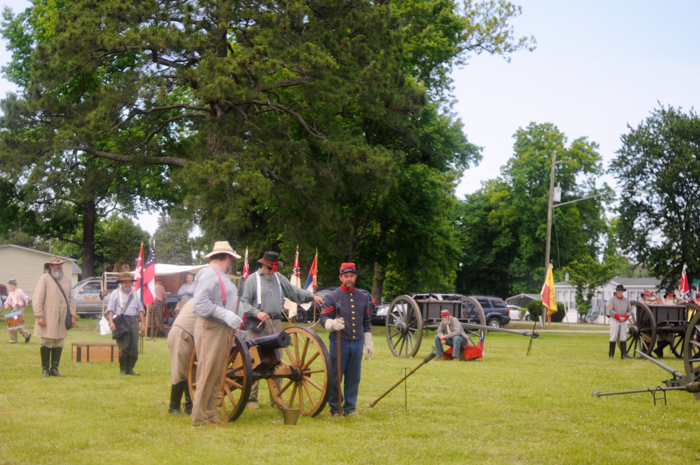 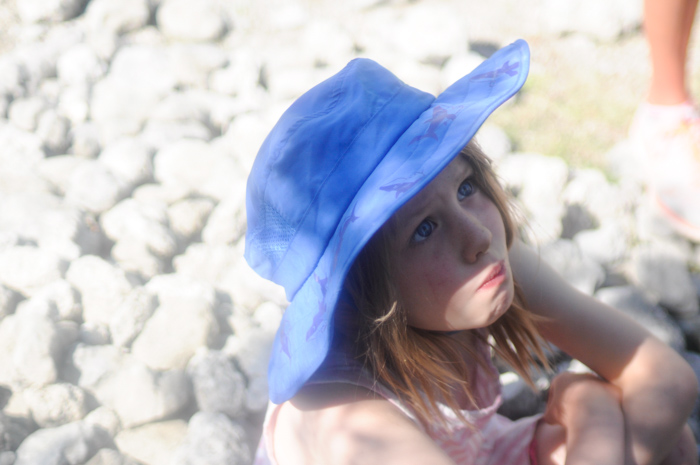 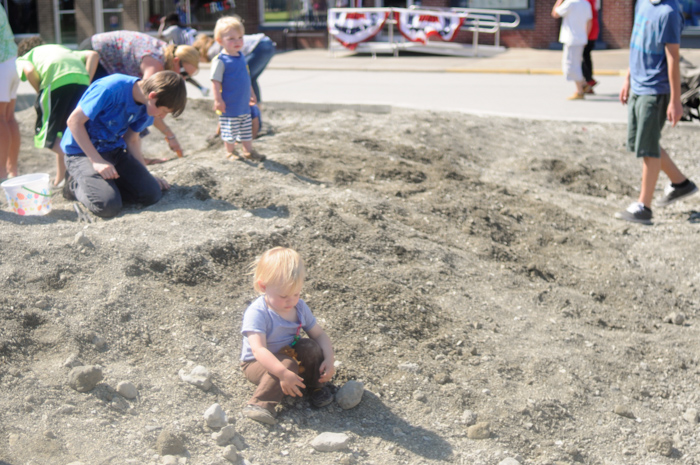 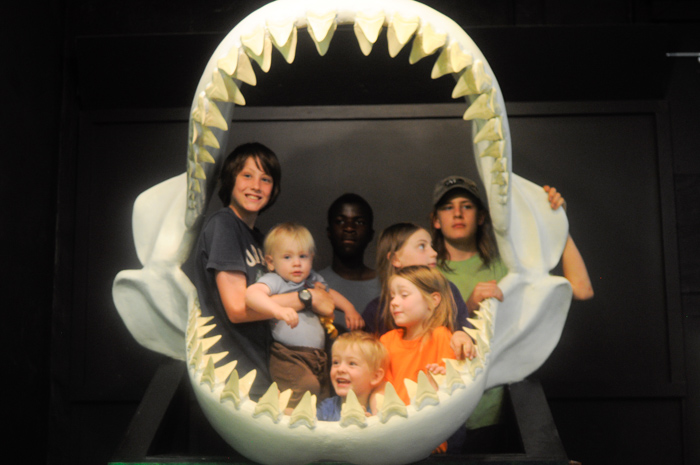 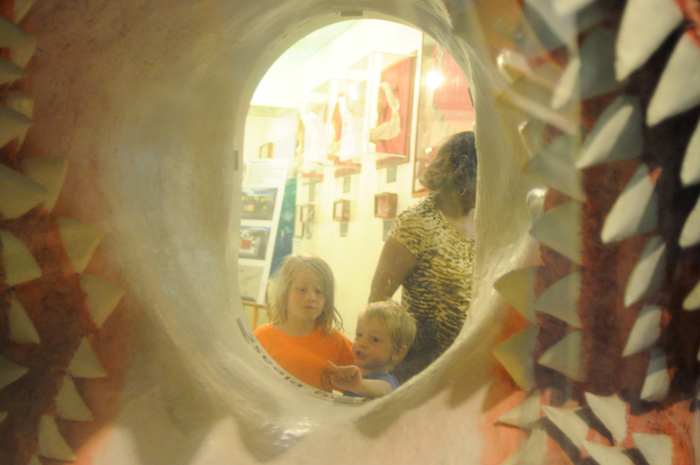 Jonny took all seven kids (!!!) with him to North Carolina last week for their third annual fossil hunting trip.  I went along the first year,  last year I stayed home with Job, but this year I stayed home all by myself to tackle my own projects and just be alone.  Jonny carried a camera and documented parts of the trip and wrote here what he would like to remember, or maybe some of what he’d rather forget.  I was grateful when they arrived home safe Saturday night, and I am sure Jonny was too.

I was planning on leaving with the kids for our annual fossil festival trip at noon on Wednesday. But, I broke a pipe under the house while fixing another pipe…and so we left at 9 pm. Seth was mad. I was tired. Stopped at WaWa, got some gas and coffee, and hit 95 south. Wait, not yet. Actually, after we had been at WaWa for 10 minutes, and I fired up the engine, the little girls realized then that they needed to tinkle. This seemed to be a theme throughout the trip…waiting till after we just left somewhere with a bathroom, or waiting until we were about to leave after being somewhere with a bathroom to announce the need to tinkle. Anyway, we arrived at the hotel around 2 am. A short while later the front desk called to let me know there were some complaints about noise…

Thursday morning we headed to Greens Mill Run for some fossilin’. We played in the creek for a few hours before meeting up with my good friend who had also come to town. A big storm came in, so we headed to our vehicles. We were at the parking lot when I noticed a sign with some familiar kids. I remembered Ginny telling me she had been contacted about using one of her pictures for a sign, but last year we couldn’t find it.  The rain came hard and fast and quickly filled the streets. There is a road that passes under a train track on the way back to the hotel. The storm drains can’t drain fast enough when there is a heavy rain. A depth gauge shows you how deep the water is. When we arrived, the water was at 1 ft., then it climbed to 2 ft. I simply parked the van, and we watched the cars approach, then decide if they wanted to try and ford the water, or turn around.

That night, we hadn’t been back in the hotel for more than a couple of minutes before the phone rang. We were all sitting on beds watching TV. It was the front desk. Apparently it sounded like we were “moving furniture around and jumping up and down”.   Not sure how that happens when everyone is zoning out on Animal Planet. A few minutes later I was packing our belongings and carrying everything to the opposite end of the hotel, including the dinner I was cooking on the stove.   When the kids were in the new room, and I was leaving the old one with the last of our belongings, I stomped around on the floor a few times. Maybe it was more than a few. I knew it was wrong, but the kids weren’t around to witness it. Not that that makes it all right. But, it did make me feel better. I just felt like I needed to show whoever was downstairs what banging really sounded like.

The next morning we met up with my friend and his kids, and we went to Belgrade Quarry. We searched the spoils and found some good finds, including a not-so-fossilized turtle. We then headed to the Neuse River where Seth bonked his head on a dock and lost, then found his hat. Later we went to a super special secret location where Job played in water and mud. The littles fell asleep on the way back to the hotel. Job slept all night…the first time in recent memory.

Saturday morning found us back at Greens Mill Run so I could take a picture of the sign without rain pouring down, and so Seth could make a quick solo hunt. The rest of the kids and I played at the playground and watched some Little League baseball. We then headed to Aurora for the fossil festival. We watched some modified lawnmowers pull a heavy sled, checked out the many exhibits, and dug through the spoils piles to find fossils. We ate our annual cup of homemade ice cream for lunch. Late in the day I was beat, and so were the kids. Seth asked if he could put something in the van. I gave him the keys and reminded him not to lock them in the van. An hour later I asked Seth where the keys were. He checked his pockets, then groaned. Yep, he locked them in. Once our keys were retrieved by a kind police man, we loaded up and headed home. I think I made the 5 hour drive with only one triple espresso. Bea never got sick. I think I did fine.