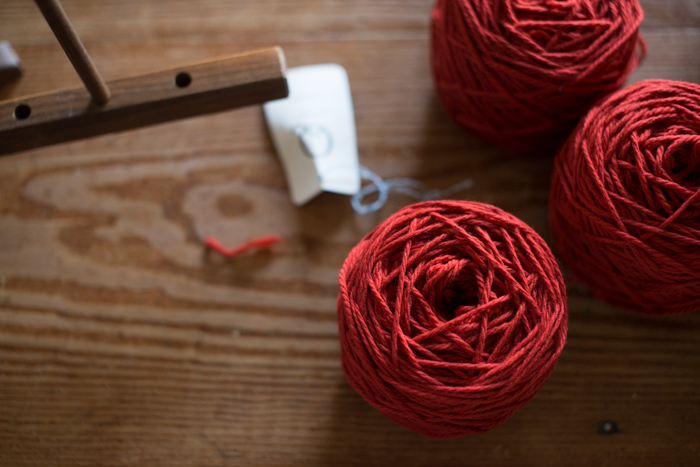 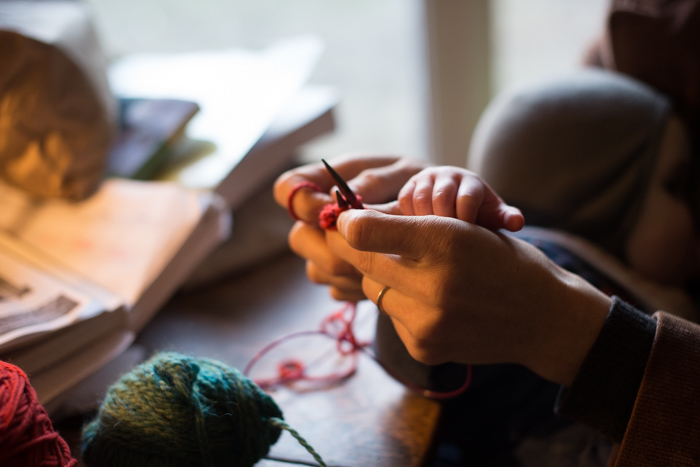 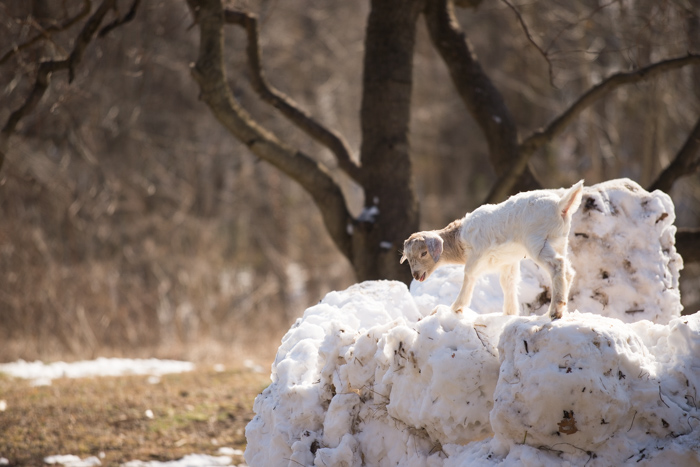 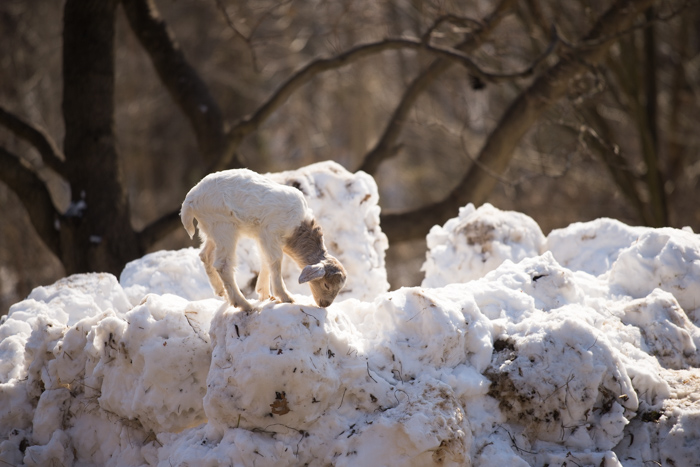 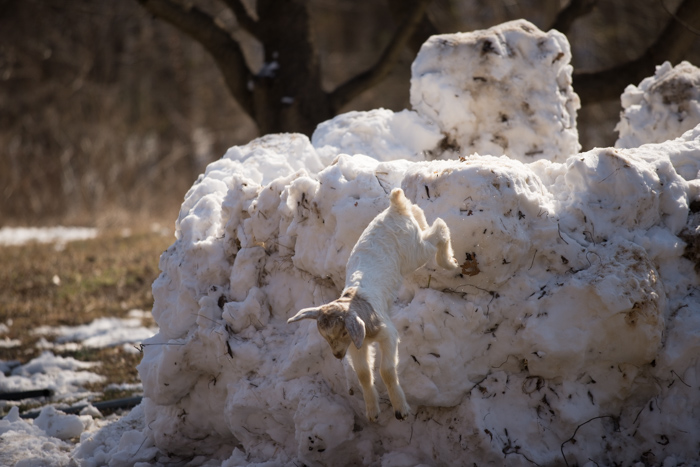 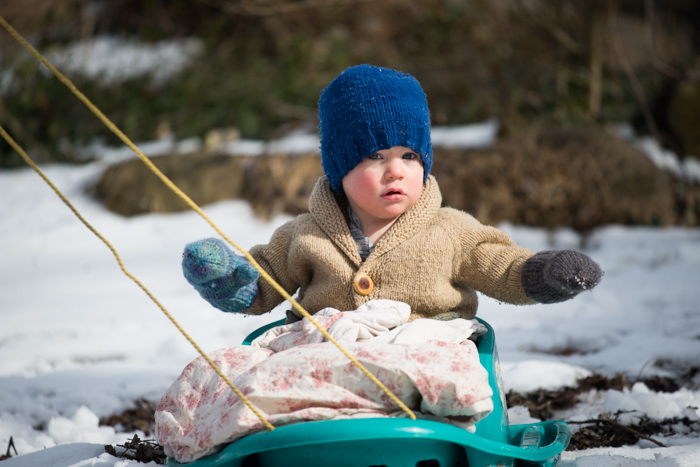 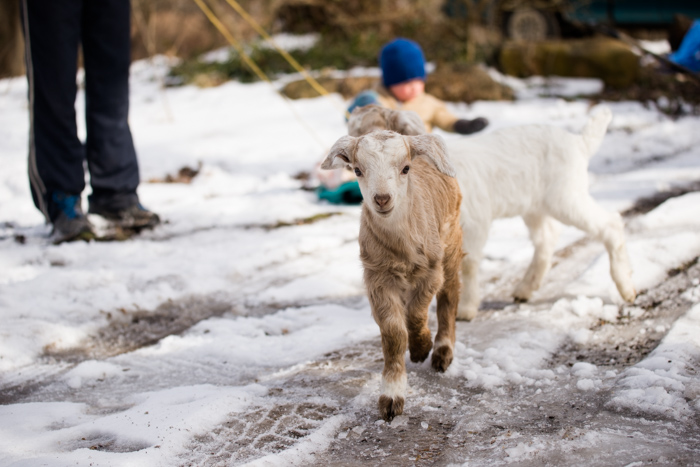 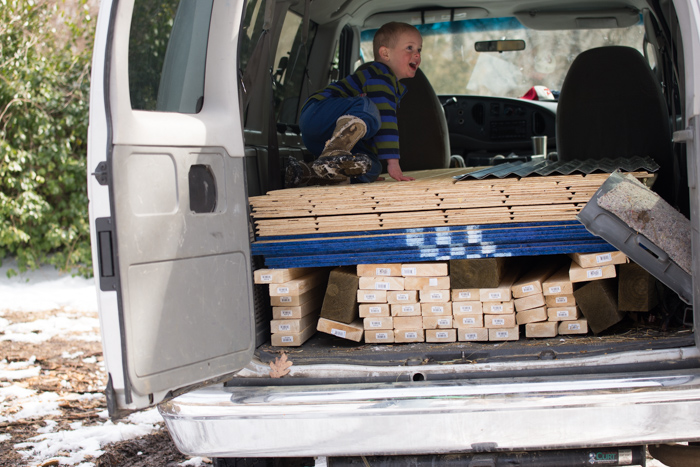 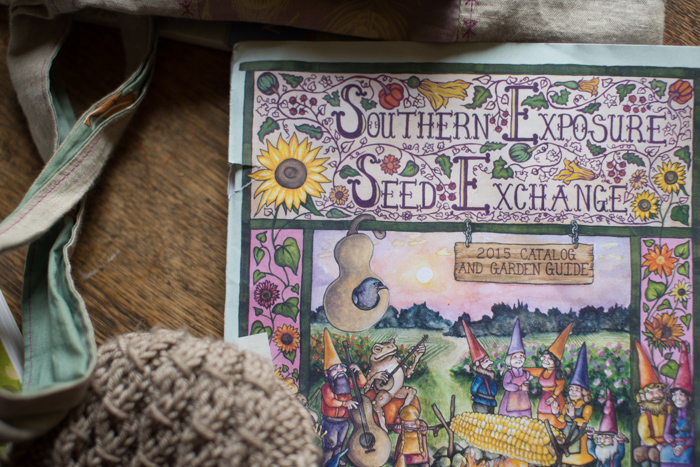 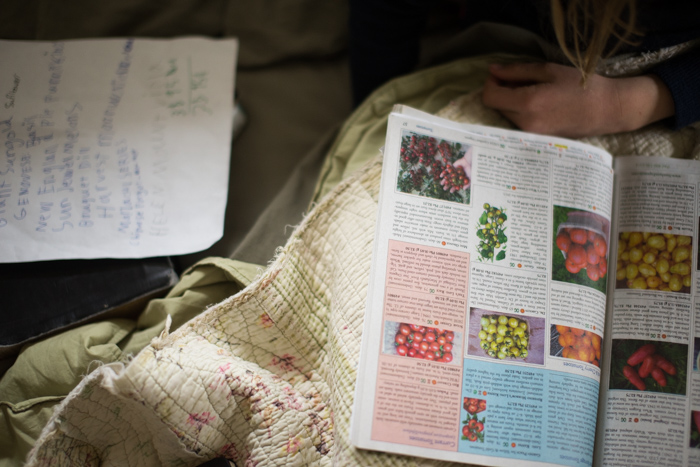 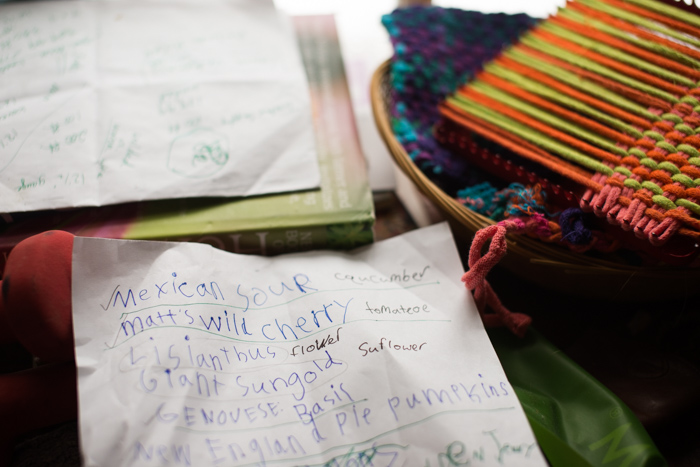 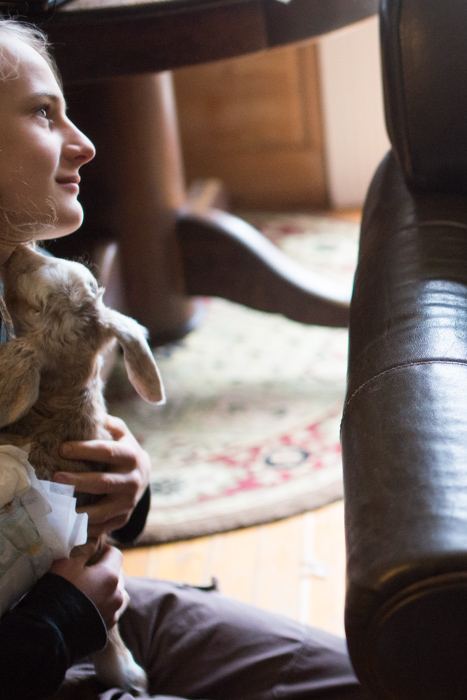 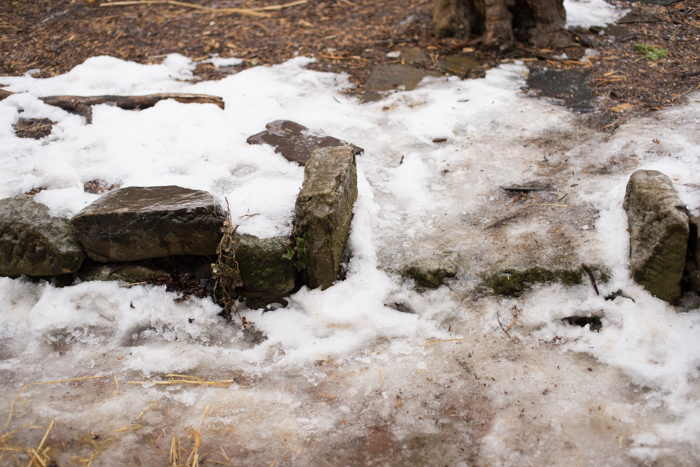 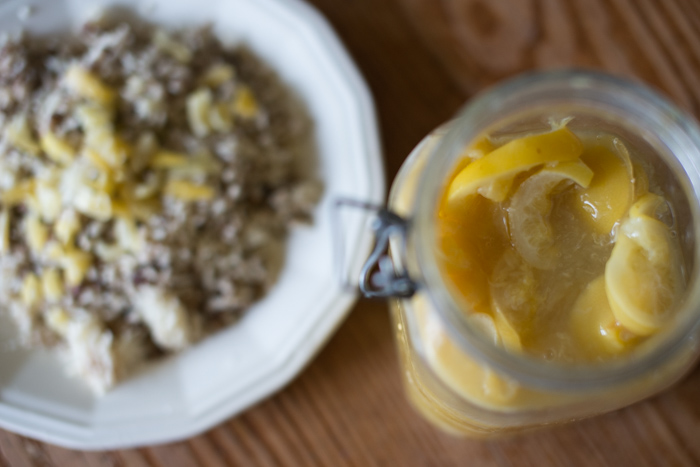 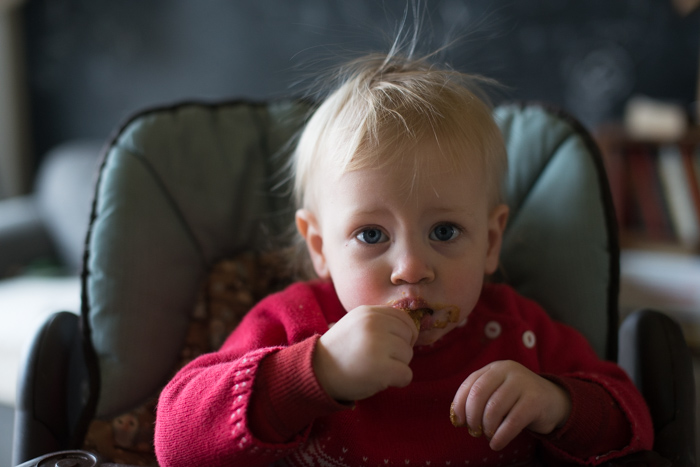 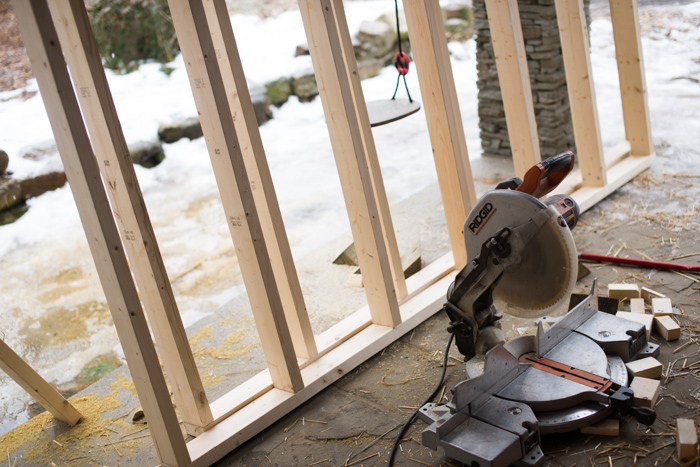 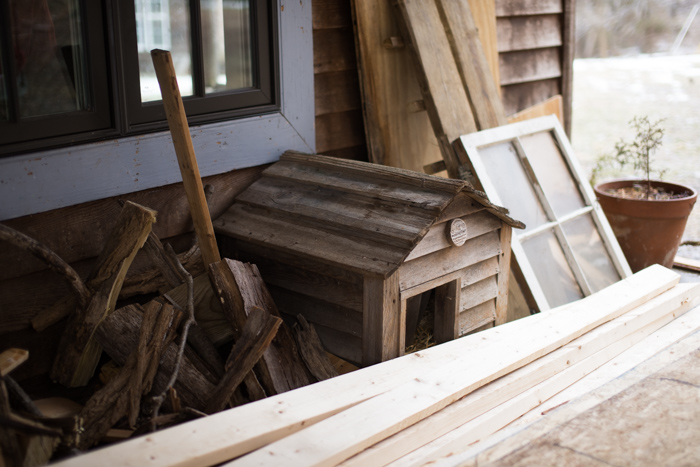 It’s icy, cold, and icy (did I mention icy?) here.  Jonny is working to build a small barn (in pieces) on our front porch because it’s too nasty out to work anywhere else, and we are too crunched for time to wait on this project.  Several of you mentioned that the sooner we can get these baby goats out of our house, the better.  I hear you!  Oh, yes!  We’re trying!  I know I said that they are going to live in our fancy (currently un-occupied by chickens) coop and enclosed run for a little while, but…ummm…we’ve got some other critters (whom I’ll introduce soon!) temporarily inhabiting it.  We certainly have our work cut out for us over the next week or two.

Despite cruddy weather, we had lots of company over the weekend.  My friend Jaime brought over some Quince Osprey yarn (Poppy colorway) to be wound, and got started on a new project, though she quickly concluded that knitting while nursing a toddler is nearly impossible.

We were talking about placing seed orders recently, and she suggested Southern Exposure.  I requested my catalog and it was here within the week, I believe.  They are headquartered in Virginia and feature lots of seed (much of it organic) from plants that fare well in the southeast.  So Virginia peeps, this is where you should be ordering your seeds!  Their prices are better than those of other places I have ordered from in recent years, too.  Larkspur had her gardening buddy over on Saturday and they pulled weeds in the cold together and then sat down with their matching seed catalogs to make their lists.  They motivated me to do the same, and I placed our order on Sunday.  It’s too bad that making an amazing list of plants and ordering the seed does not mean that your garden will be equally amazing.  I refuse to dampen my enthusiasm with a bunch of boring realism though.  I will think about weeds and squash bugs as soon as I must, but not before.

And finally, preserved lemons!  I made a batch with friends last fall, and they’ve been sitting mostly untouched in my fridge for months.  We ate them on a mujadara inspired bean and rice pilaf this weekend and they sure did spruce it up!

I hope you enjoyed your weekend!