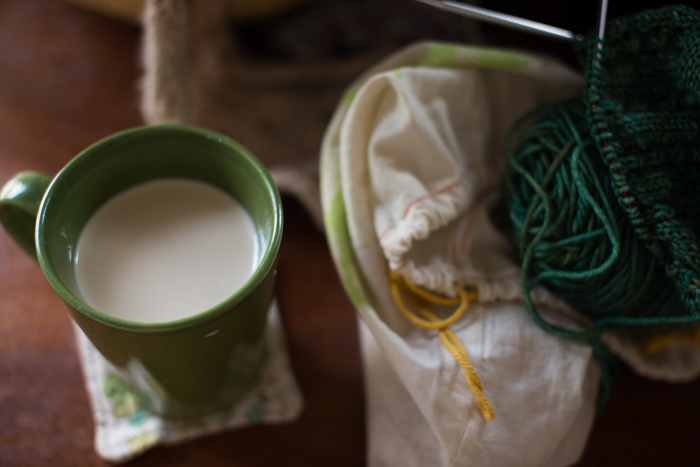 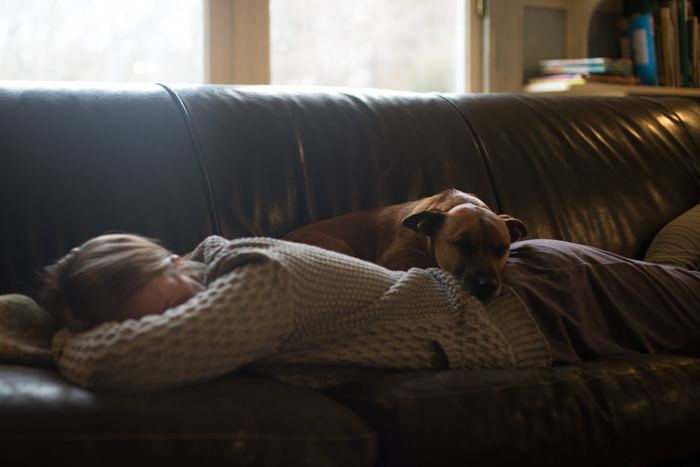 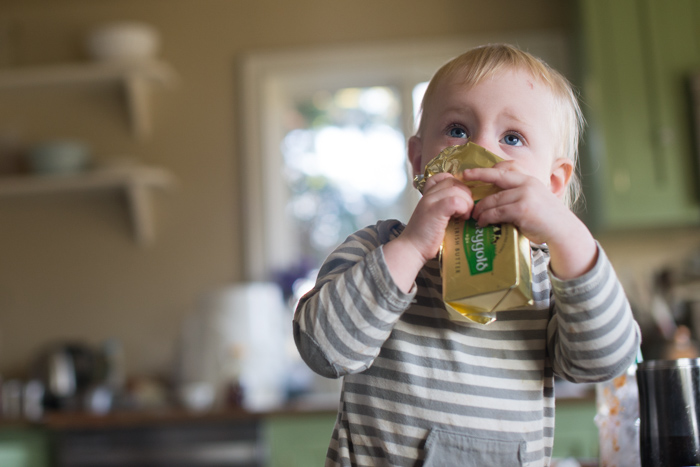 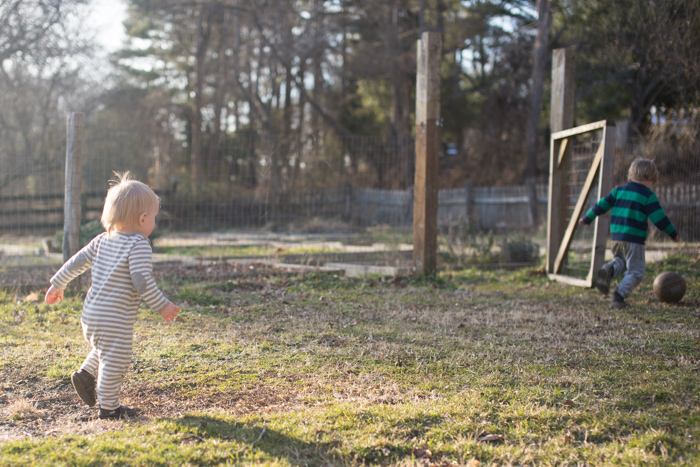 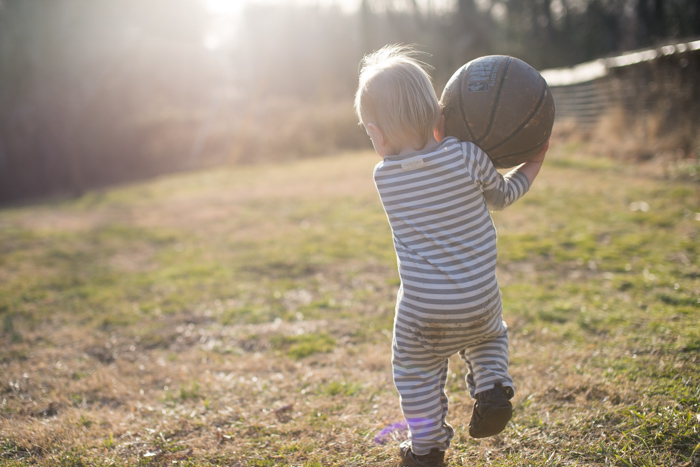 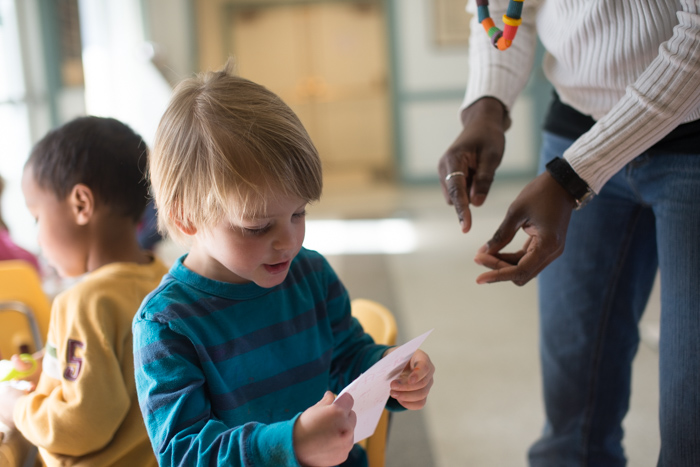 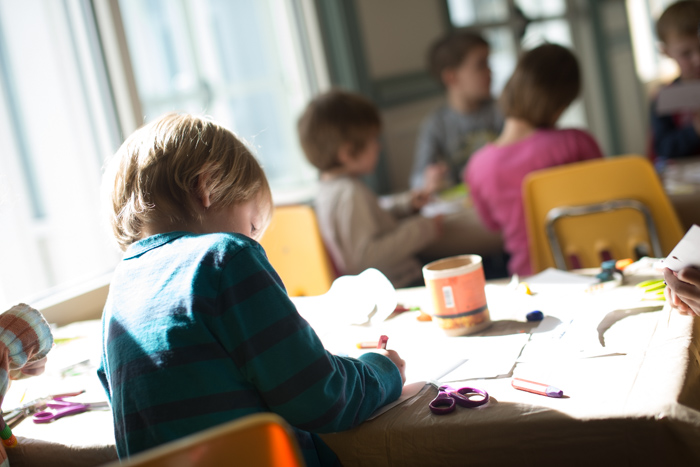 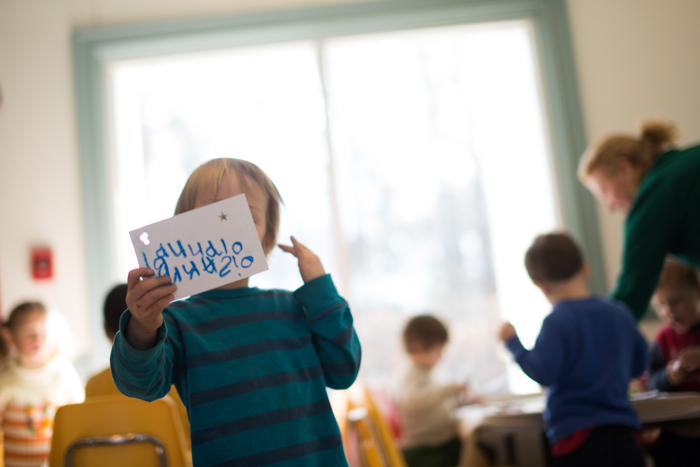 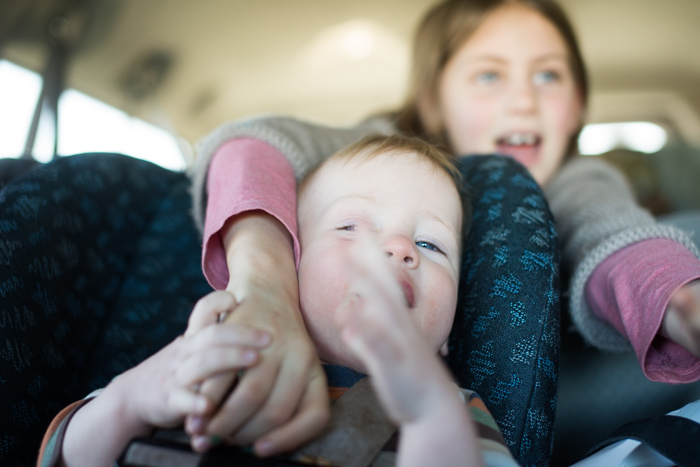 Is February your favorite month too?  I’m not counting down the days until it ends, I promise.  I have to stay positive about February, because it is Keats’ birthday month.  I am supposed to make him a cake version of these cookies.  It’s a good thing his birthday comes before Ash Wednesday, because they are not exactly Lenten fare.  (Speaking of Lent, let’s talk about it next week?  I’m not quite ready yet, though I am hosting a lovely Lenten inspired giveaway tomorrow.)

I don’t know that I will eat any of Keats’ birthday cake, Lent or not, because I think peanut butter triggers migraines for me.  I was kind of worried that coffee might be part of the problem as well, and that was some of my motivation for giving it up for about three weeks.  Yes, I’m drinking it again, though what I drink might not be recognized by many as being coffee.  Half and half with coffee, no sugar.  That’s how I take it, and usually just one cup a day, two on co-op day.  The conclusion I’ve reached is that coffee probably isn’t my problem.

As far as all that being tired goes, sometimes the culprit is the most obvious one:  sleep deprivation.  Job has been seriously limiting my sleep for many months.  He is not a peaceful nighttime nurser at all, nor is he a good co-sleeper.  (He scratches me, kicks off the covers, and generally thrashes about.)  I find that there comes a time with each baby when I can no longer sleep at night while he or she nurses, but it takes me a little while to brace myself to do the actual night weaning.  Right now we are one week or so into the process this time around and I am feeling extra tired, even with the return of my cup of coffee.  I find that frustrating, the initial tiredness that comes with sleeping more!  A friend suggested that my body should adjust in a week or two, so we’ll see.  I’ve done this before, actually a lot of times, so you’d think I might remember, but I don’t.

I was asked for night weaning advice, and I’ve been trying to think of some.  Do I even have any?  I am not the best with helpful tips!  The process can look different based on many things, and for us, our small house is a factor.  Anything that results in a baby crying in the night we tend to avoid, because so many people can end up being woken up and it can turn into a really unpleasant middle of the night party pretty quickly.  We haven’t figured out a way to night wean without some tears, and I feel like those who are looking for advice are hoping to learn the magic formula for no-cry night weaning.  Who wouldn’t be?

I think the first bit of advice that I would give is to let yourself off the hook.  It’s okay to night wean to begin with, so don’t feel guilty.  It’s really important to balance both baby’s needs and mama’s!  My babies who have insisted on nursing all night are also the ones who have been most upset over the end of nighttime nursing (obviously) and I know how hard that is.  I hate it when my babies cry!  Our typical solution is for me to spend a few nights sleeping in another room while Jonny handles the nighttime waking.  Job has been a little more difficult than some of our others.  He is very persistent.  He was initially pretty angry over the whole situation, and the first time I night weaned him (before we all got sick and all plans were thrown out the window) he was still crying a lot four or five nights in, despite the fact that Jonny was holding him.  It was really upsetting and frustrating.  This second time, things have gotten better a little bit faster.

We’re getting closer to our goal of having Job sleep in his crib next to our bed all night, but we’re not there yet.  I’ve moved through this phase with five other children though, and I know we’ll get there.  Our first two boys were still sleeping with us at ages five and three, right up until Larkspur was born.  They are fourteen and almost twelve now, and they never wake us in the night anymore, and they certainly don’t try to sleep with us.  These days with little ones, they pass.  If you’re ready to night wean, wean all together, or to move your little one out of your bed, then go ahead and do it, as gently as possible, and without guilt.  Trust your instincts.  If you aren’t ready, or if you don’t feel like your child is ready, then that is okay too.  Nurse for as long as you feel is best for the both of you.  My best advice is not to worry, because things will probably turn out allright.

Surely it isn’t the night weaning that has led Job to start eating butter straight off the wrapper.  Is that a coping mechanism?  Whatever he’s got to do to get by.  We’re going to make it through this, I just know it.

p.s.  Completely unrelated, but here is the saddest dog who ever did roll in something nasty and have to get a bath: 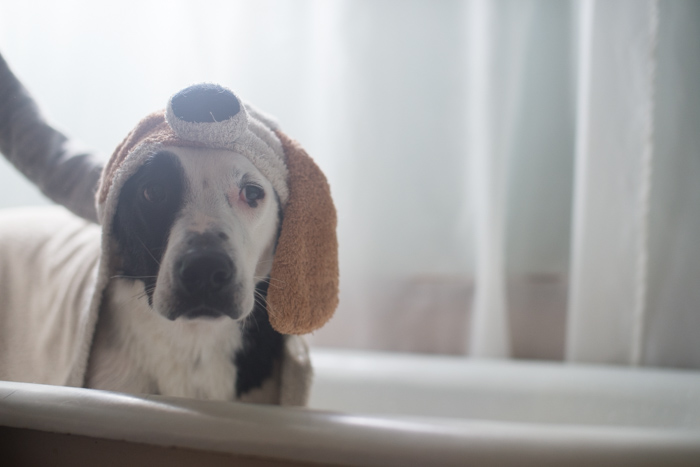