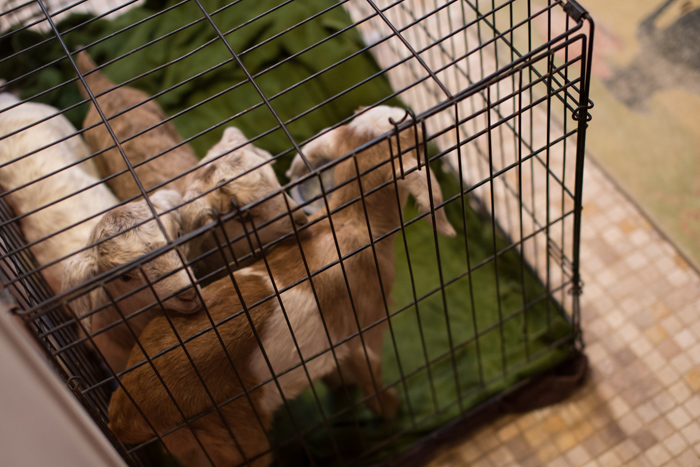 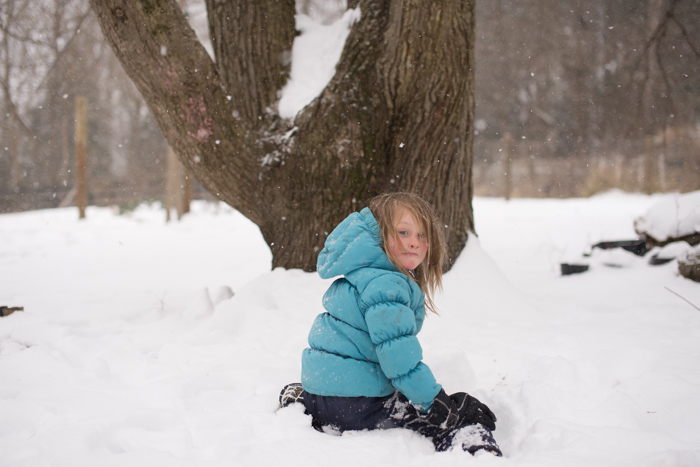 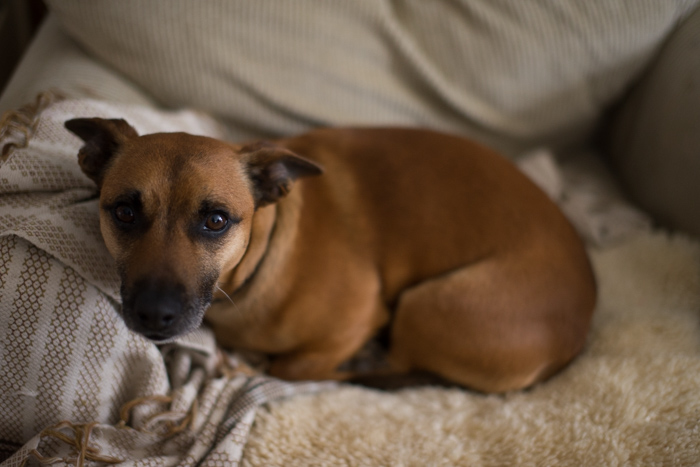 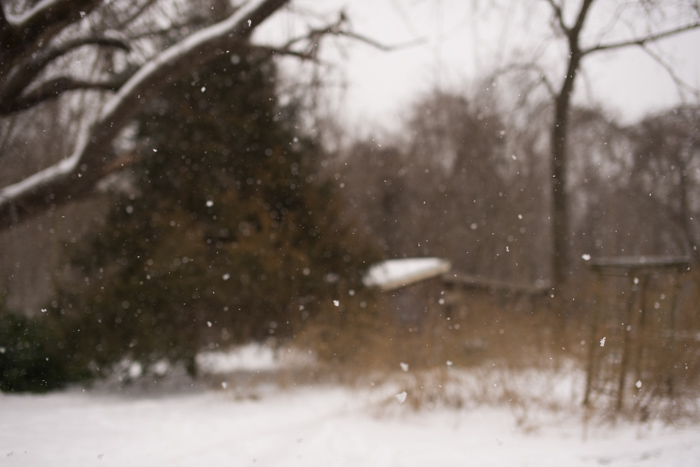 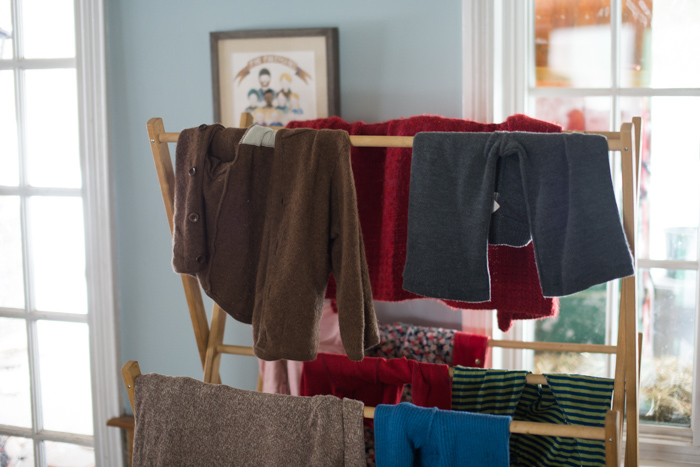 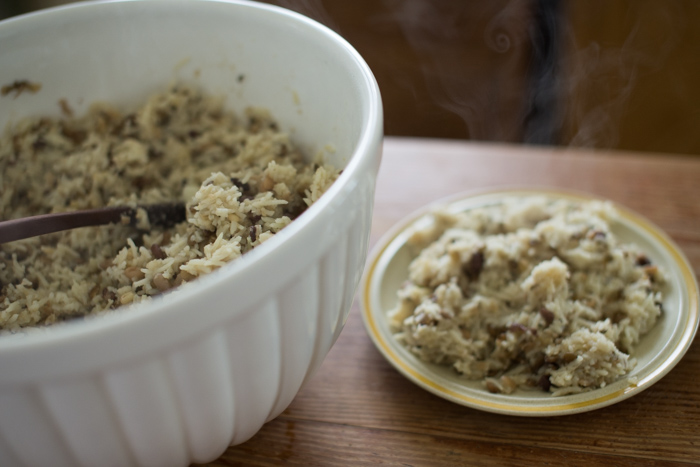 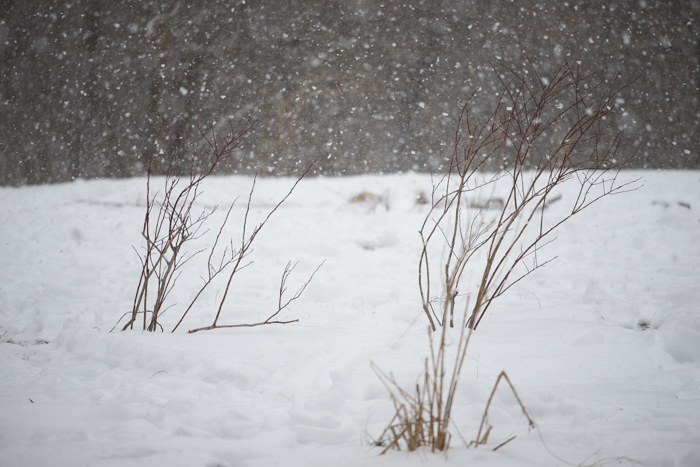 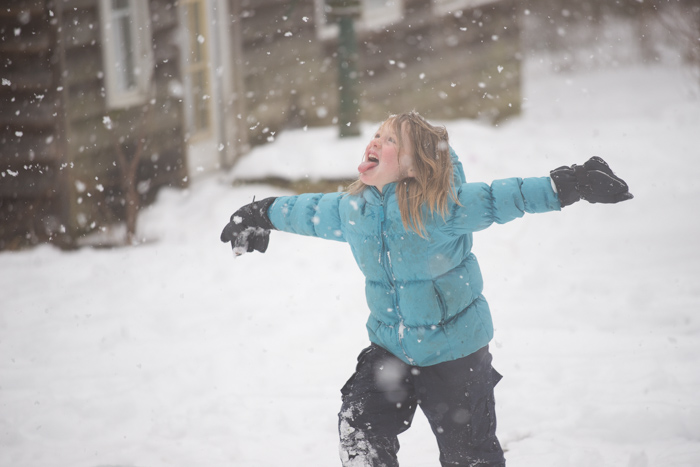 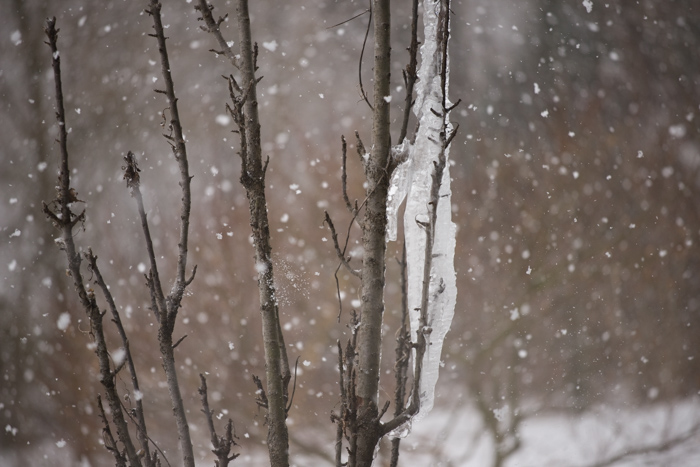 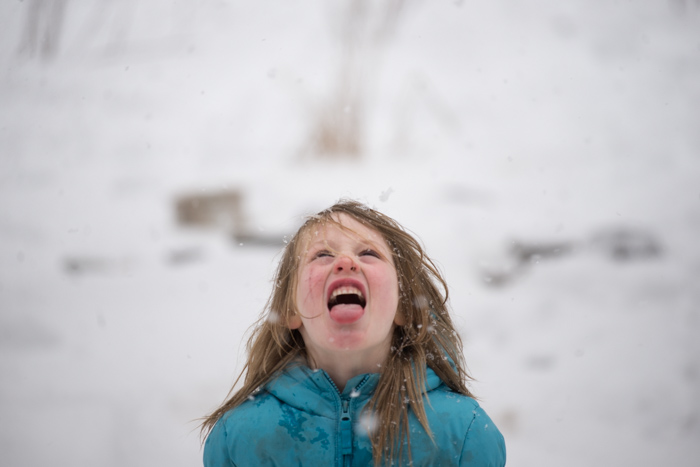 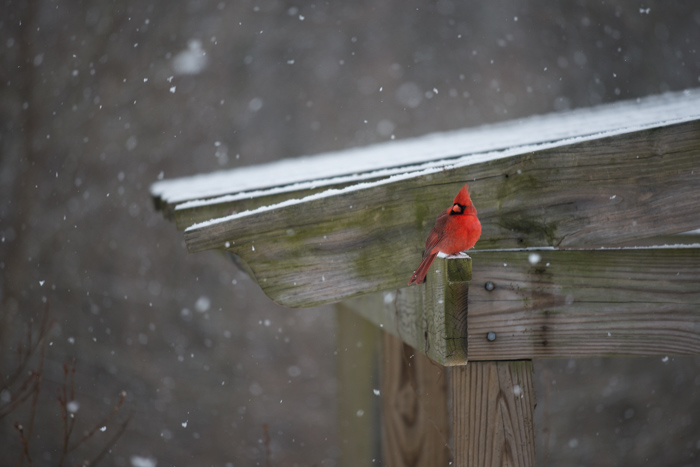 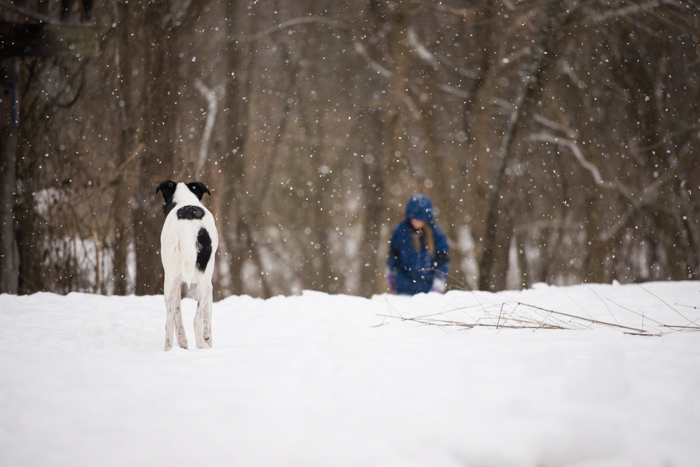 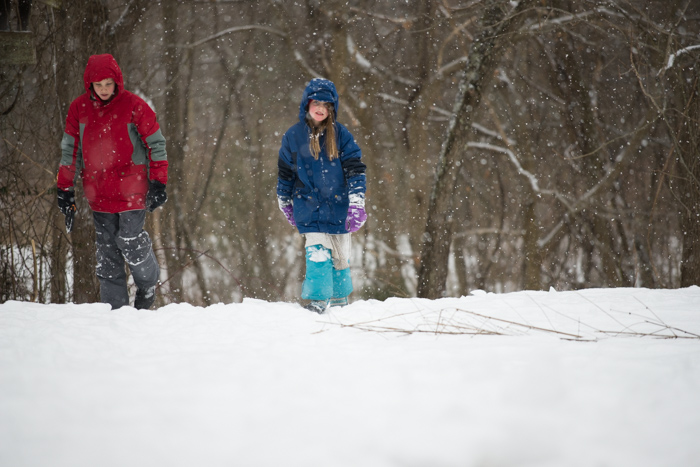 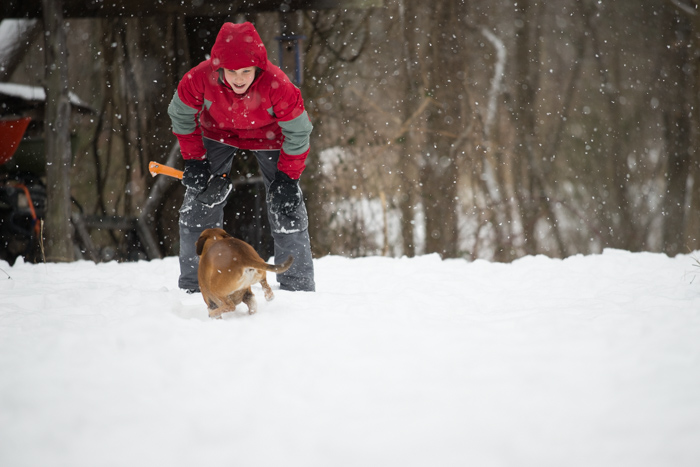 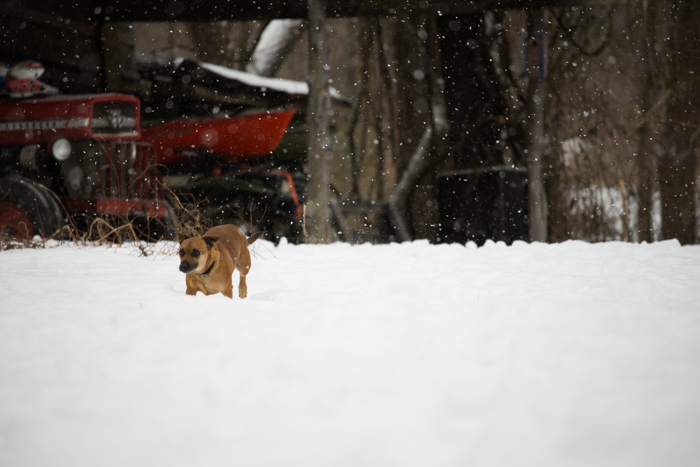 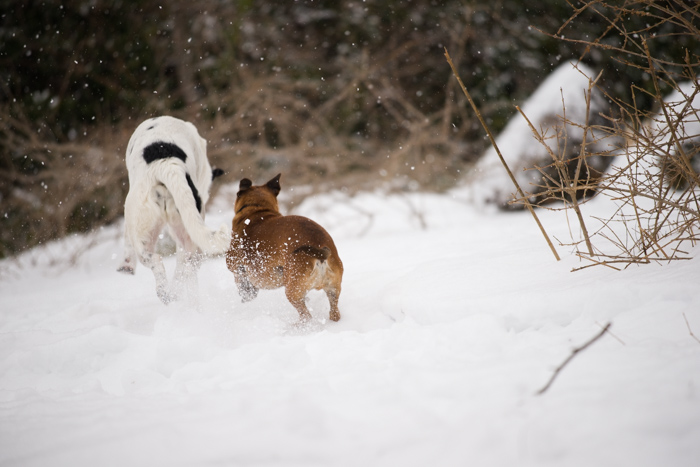 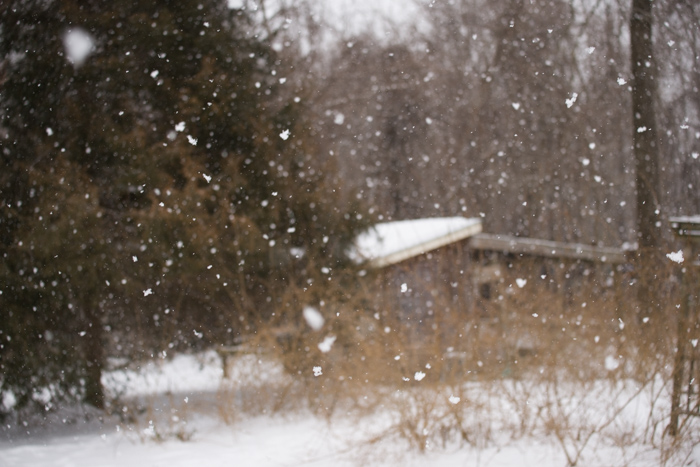 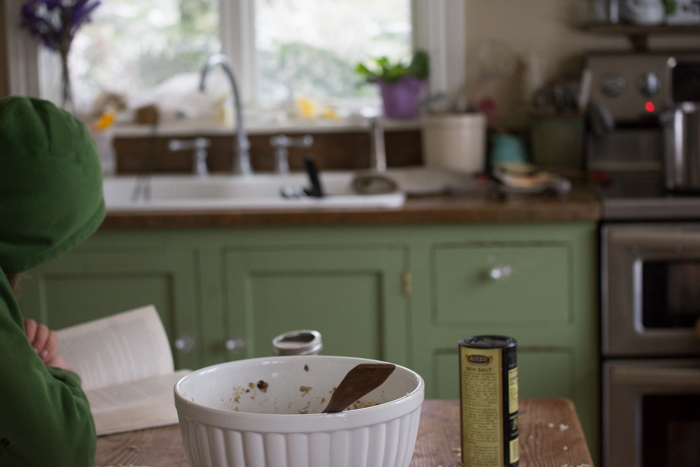 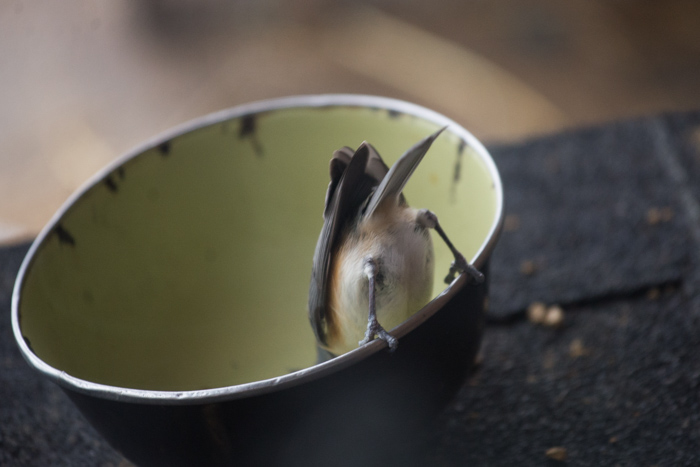 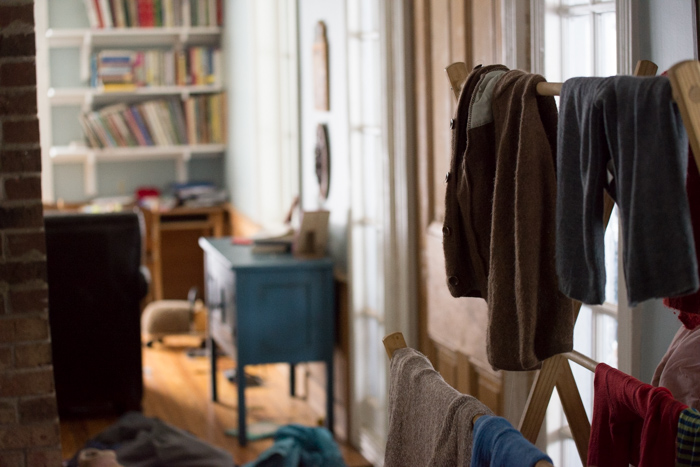 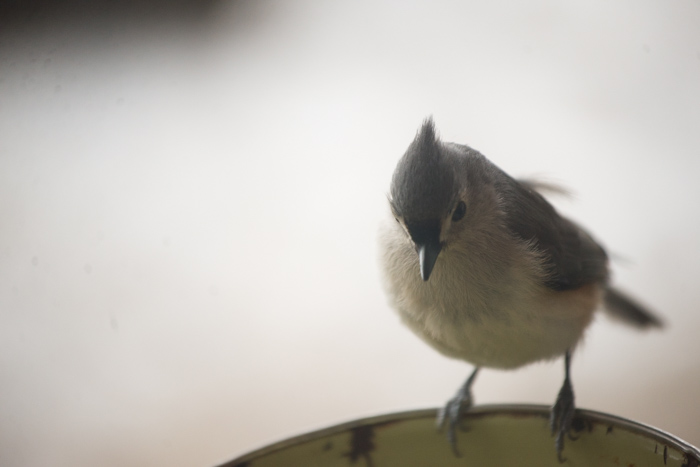 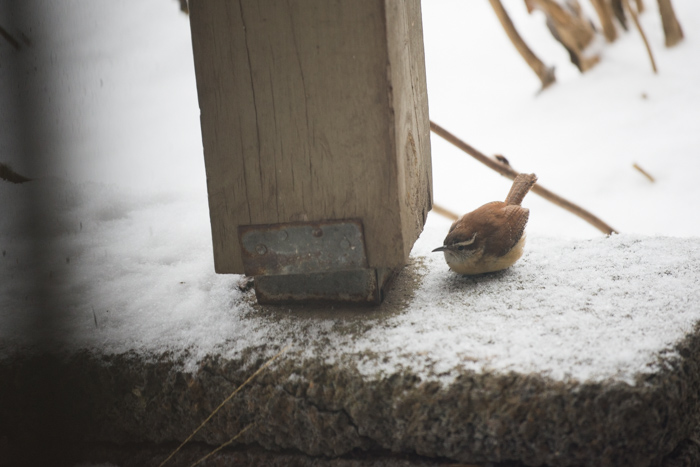 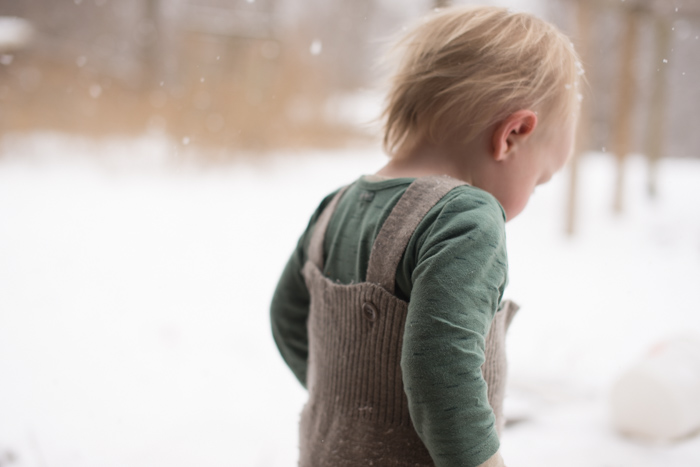 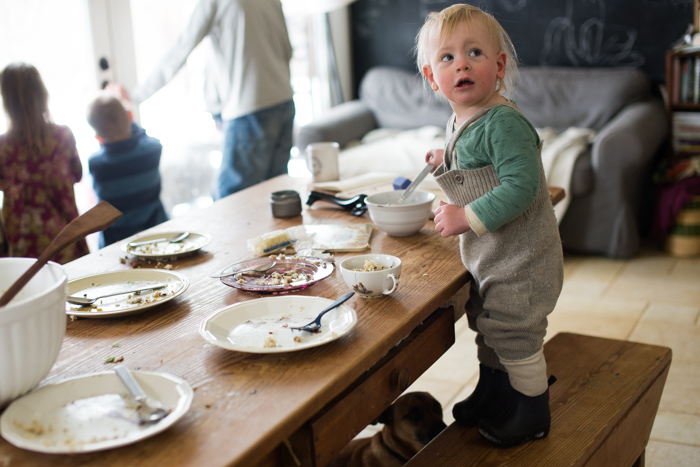 Keats and I got an early start today, and headed over to Jaime’s farm to milk goats.  It was our first time.  Keats and Jaime did most of the milking; I helped steady the goats, both of them somewhat new to being milked.  I wish I could have taken pictures.

It snowed for a few hours this afternoon, and for awhile the flakes were the biggest that I’ve ever seen, but eventually it turned to ice that I could hear hitting the metal roof, plinkety-plink.  It’s cold, but warmer than yesterday.  Our back bedroom is the coldest room in the house.  My fingers are turning to ice as I sit here and type.

It’s been a mostly contented cozy day with simple food and hot chocolate.  There are shoes, coats, and gloves all over the place.  I try to tidy them up, but we really just don’t have a place for them.  Soon enough I’ll be able to pack them away.  In the meantime, I need to stop letting the winter mess get inside my head.

Weasel finally decided to try running in the snow today.  He’s been so funny this week, attempting to tinkle off the edge of the porch without getting his paws in the snow.  But today, he tore all over the place with Trudy.

When everything is buried in snow, it’s hard to fathom that there will ever be green again.  I guess that’s a little dramatic, considering that we’ve been covered in snow for less than a week.  I’d never survive any further north.