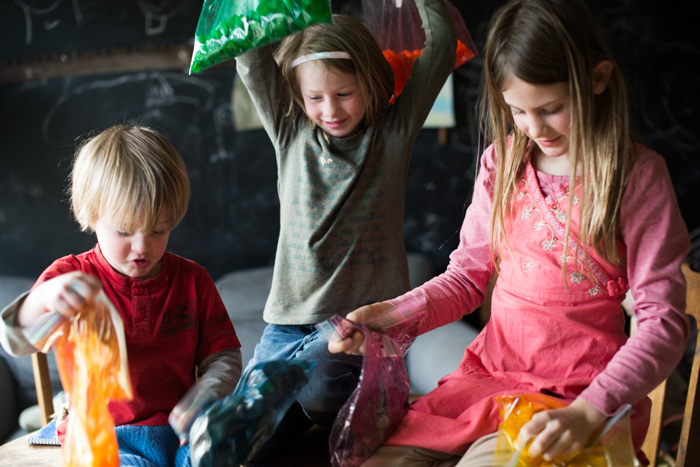 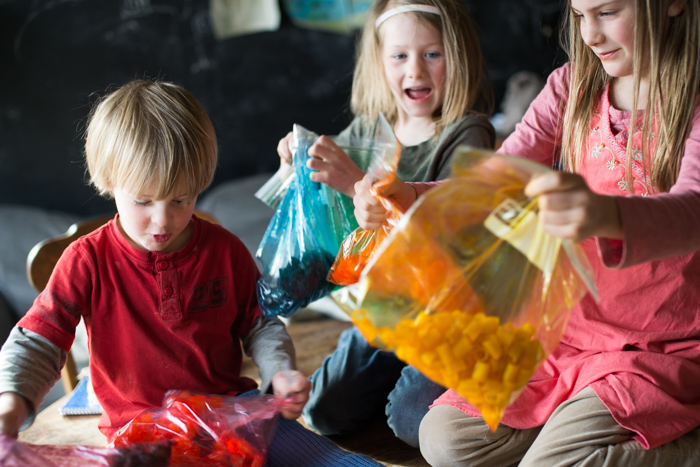 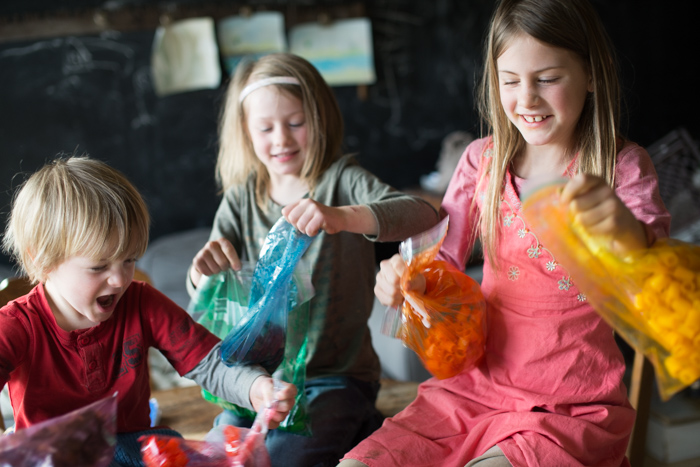 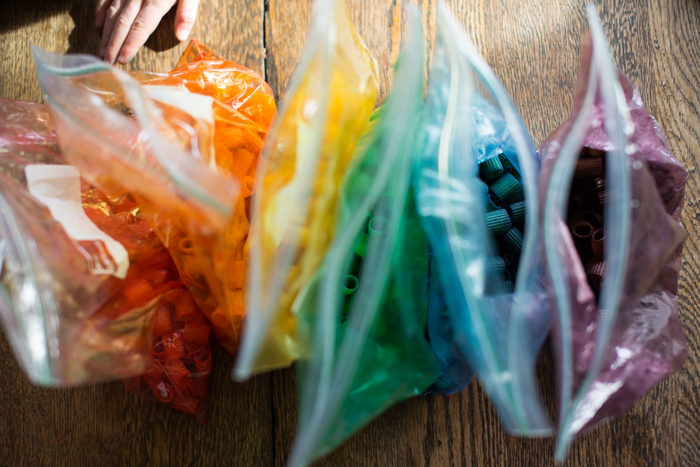 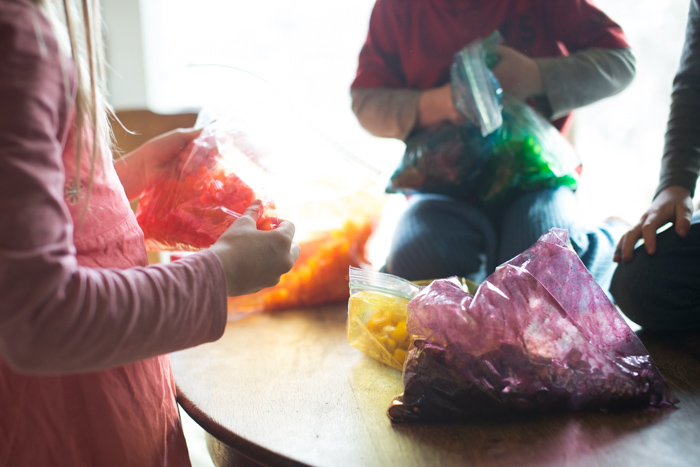 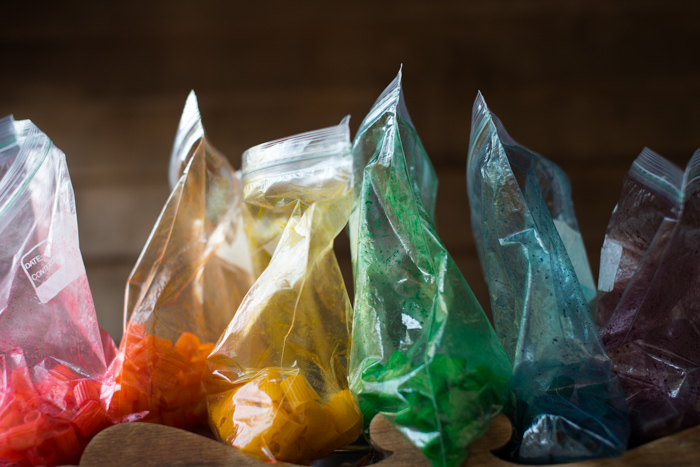 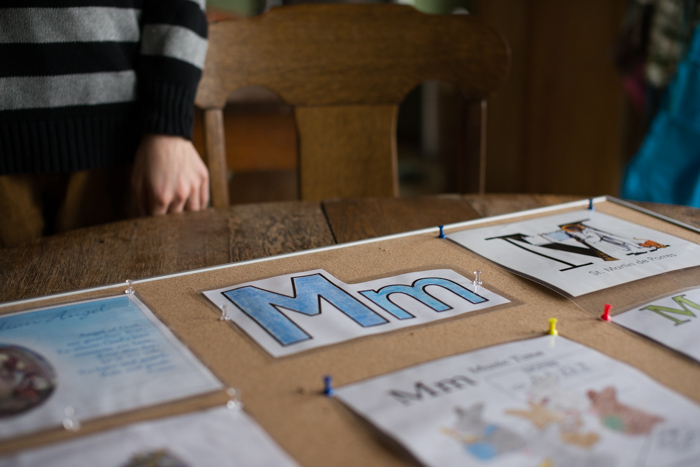 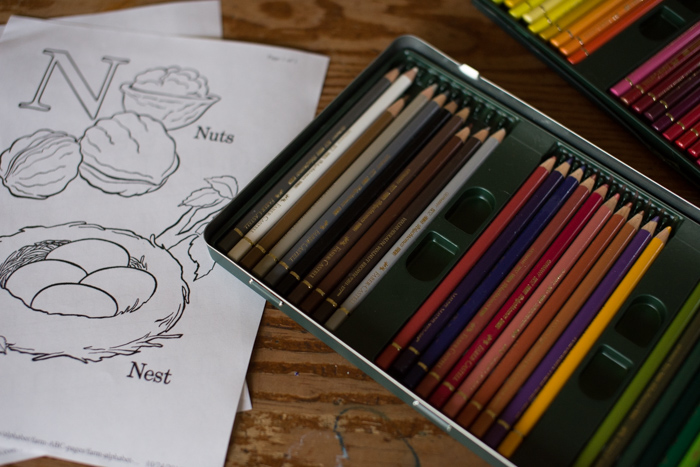 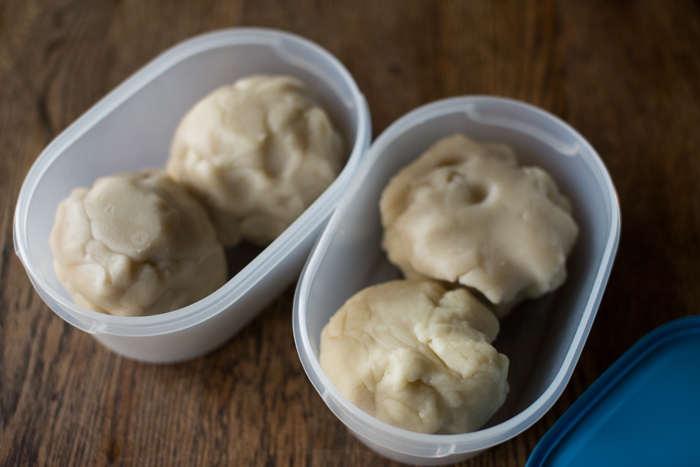 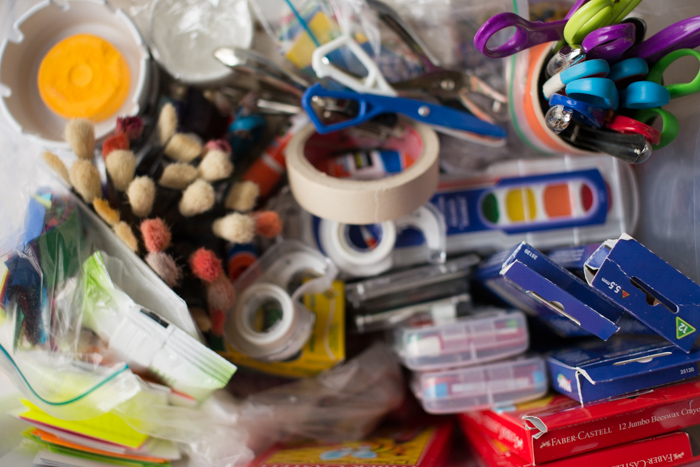 The funny thing is that I have seven kids, and before this week I had never dyed pasta with food coloring before.  But it’s “N” week for my co-op preschool class and we are going to string necklaces.  I debated calling the noodles “macaroni” and using them for “M” week, but noodle necklaces have the double “N” and I think that really works better.

This homeschool co-op and my little preschool class have really taken over my brain and much of my time since we began last fall.  In almost eight years of homeschooling, we’ve never participated in something like this and it’s been quite an adjustment.  I am hoping that eventually the getting prepared, going to, and then recovering from co-op, will stop feeling like quite such an ordeal at some point.  But then, it might not.  On co-op day we have to be up a couple of hours earlier than usual, not to mention out the door with books, pencils, snacks, lunches, decent clothing, and tidy hair.

And then there are my preschool supplies, mainly art supplies and Montessori inspired activities that I tote in bins to and from co-op each week.  To give myself some structure I am following, or rather creating, a letter of the week plan.  I make this slightly funny bulletin board up each week to support that.  Each week I print up coloring pages, and then I color them.  (Yes, I realize that there is something a little ridiculous about that.)  Next up they get laminated and pinned to my cork board.  There was a novelty to all that coloring at first, but it quickly wore off.  But what am I going to do?  I don’t have a color printer, and the kids really like my boards!  It’s the same every week: the letter itself, a letter themed coloring page from this site, a Jan Brett letter tracing page, a seek and find (the kids LOVE these), and a saint whose name begins with the letter.  I started out very ambitious, coloring one of the beautiful iconic style saints from this amazing stained glass saint coloring book

each week. That took awhile though, and I’ve started laminating pages from this Alphabet of Catholic Saints

instead, because our copy is falling apart anyway.

I try to find an open ended or process based art activity for each week that begins with our letter.  It hasn’t totally worked out though because I can’t always think of something.  For instance, letters “J” and “K” were combined in one week and while I have some ideas now for next year, I couldn’t think of anything at the time.  A friend told me that we should just do “Jrawing with Kulors” and I’d be fine.  I think that’s about what we did.  Thankfully, the kids love it when I supply them with simple blank notecards, scissors, tape, stickers, and some sort of crayons or colored pencil, often crayon rocks,which they love.  (Look-there’s a special Valentine’s day box of them!)

Anyway, this is what I have been doing:  coloring, making play dough, choosing books to read to the kids, and all sorts of preschool-y things while wondering just how to fit it all in along with everything else that makes up our days.  It’s good though; I think this is all very good, and just what I am supposed to be doing right now.