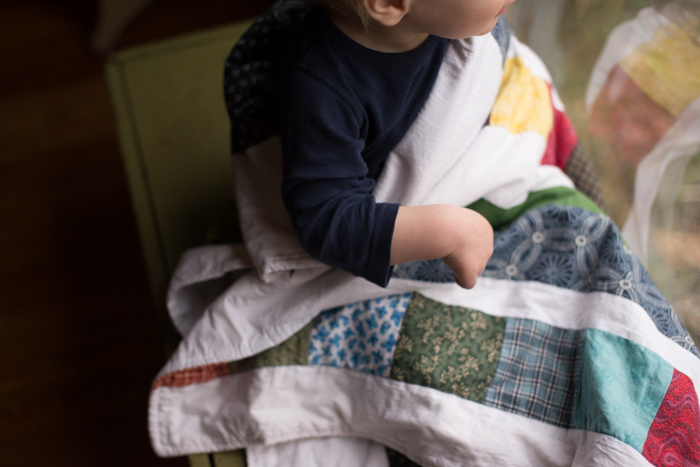 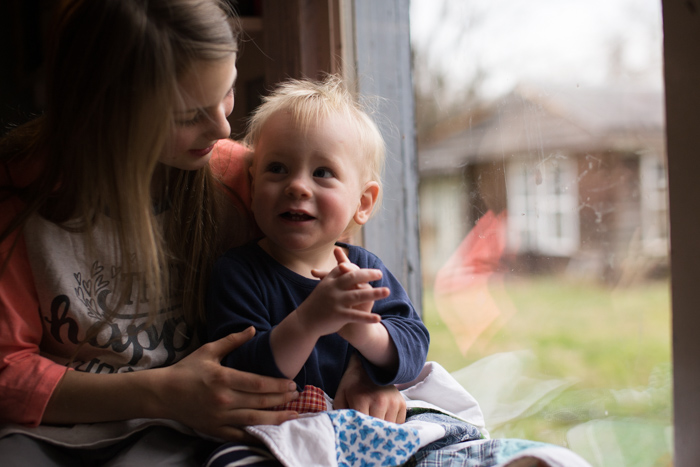 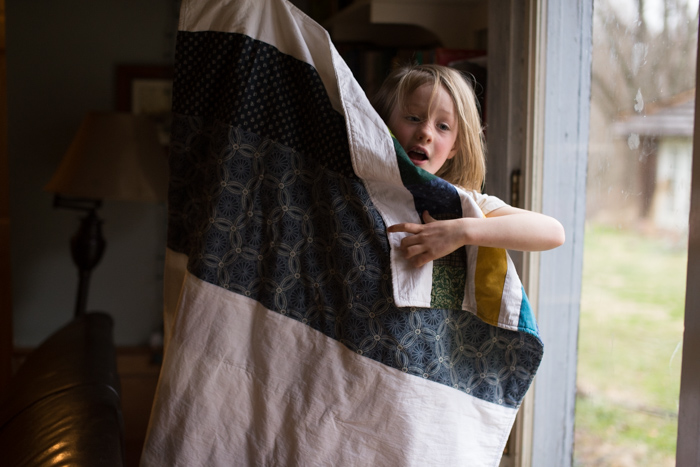 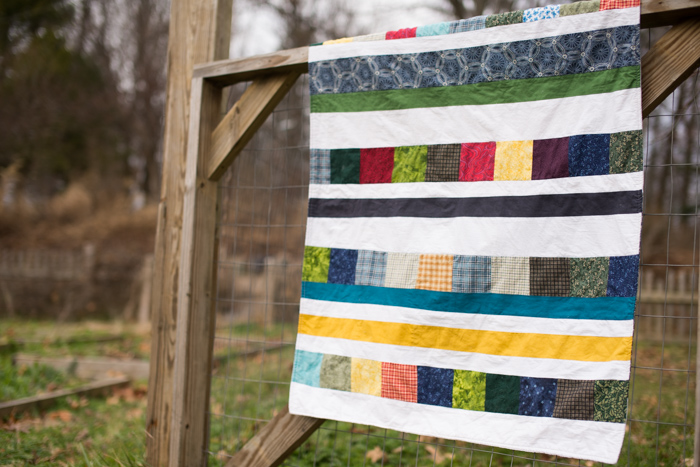 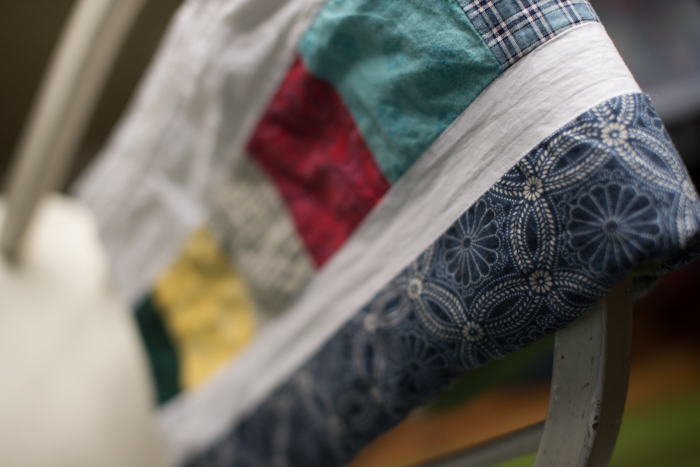 Sometime before we had children, or possibly shortly after Seth was born (we can’t remember!) Jonny decided that he wanted to make a quilt.  I think it must have been after Seth was born though, because it was only after his birth that I was given a sewing machine and started learning to sew myself.

I recall that Jonny was given one hundred dollars for his birthday.  Like any typical guy in his early twenties, he wanted to spend the money on quilting supplies. (Was this before or after he crocheted all those granny squares?)  We visited the fabric store where he bought a rotary cutter, a cutting pad, a special ruler, a basic guide to quilting, and a completely random bunch of fat quarters.  Over the next few days he carefully cut all those fat quarters into perfect squares.  We admired them together and then stacked them up.  I’m not sure what happened next, only that those squares remained single.  Maybe this was just before Jonny started commuting two hours one way to work, leaving at 6 a.m. and returning near 8 p.m.  Most likely, every bit of free time he had was occupied by our fussy infant, while I struggled to finish my own degree.  For many years, those quilt squares languished in a bin, brightly colored reminders of the quilt that wasn’t.

A couple years ago, Keats came across Jonny’s squares of fabric, and decided to sew some of them together.  He sewed five or six random strips of similar lengths, strips that ended up back in a bin.

I’m not much of a quilter myself, mainly for lack of time and know how, but I have facilitated small quilt making projects for these last babies of mine.  Keats and I teamed up to make Beatrix a first birthday quilt, and Gabe and I made Silas one.  As Job’s first birthday drew near, the thought occurred to me that it would be really neat to use those strips of Jonny’s quilt squares as part of a quilt for him.  I did do just that, though I only completed the quilt top in time for Job’s birthday.  The finished quilt ended up being a Christmas morning gift for Job.  I think it was his second favorite, after the striped vest.  Of course one year-olds adore both quilts and handknits, so were I to press Job to choose his favorite, I’m sure he’d be conflicted.

Anyway, as I said, I’m not much of a quilter.  This one is a little wonky, but it’s almost a rectangle in shape.  It’s bright and cheerful, but most importantly, it’s made of memories.