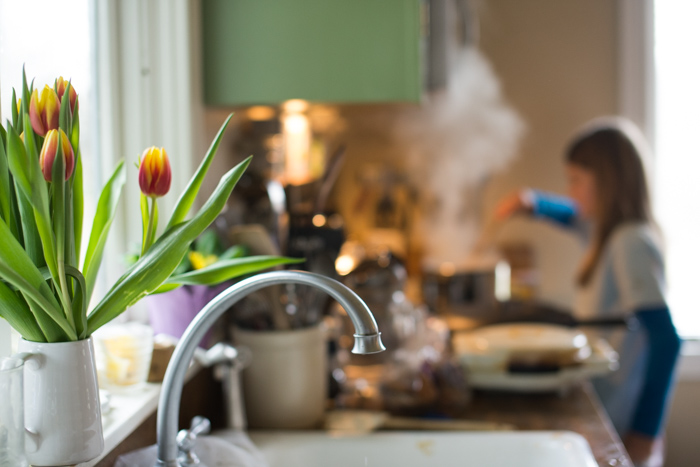 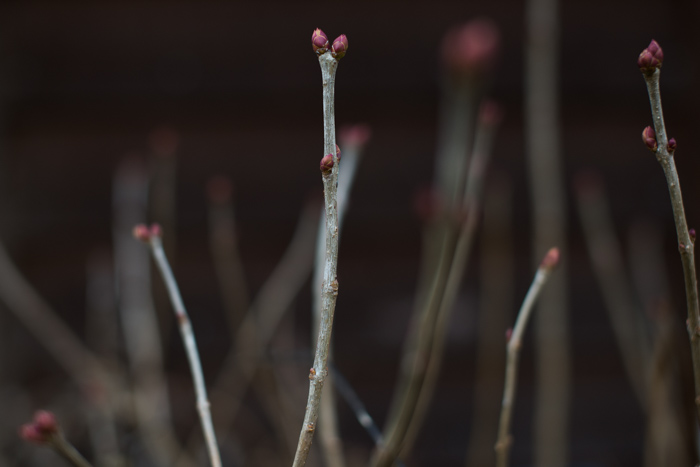 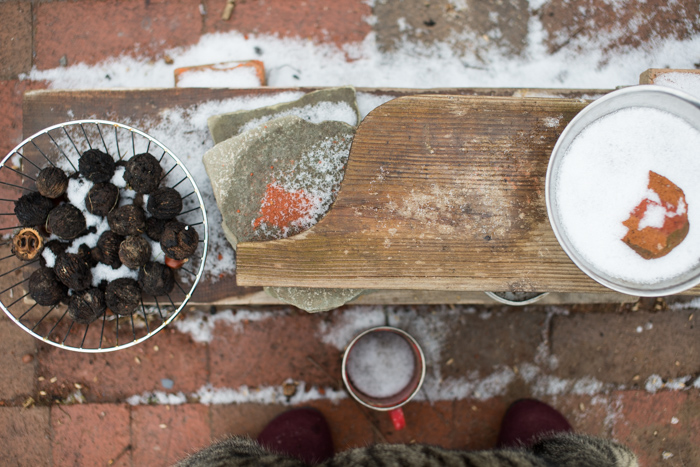 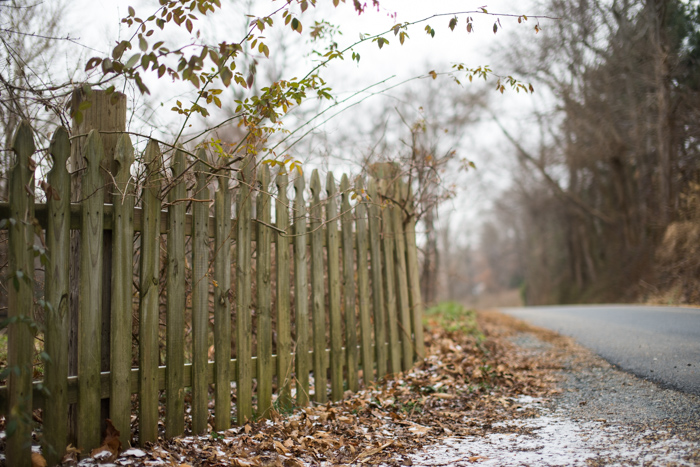 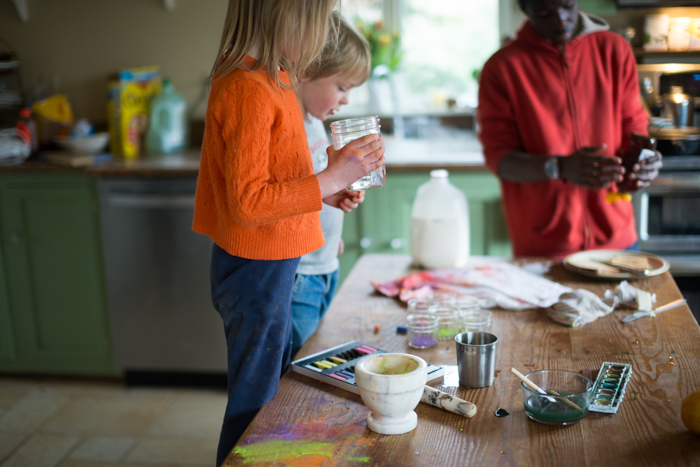 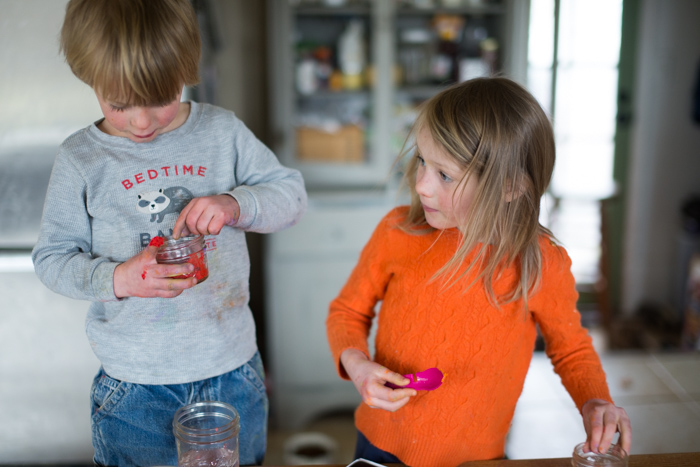 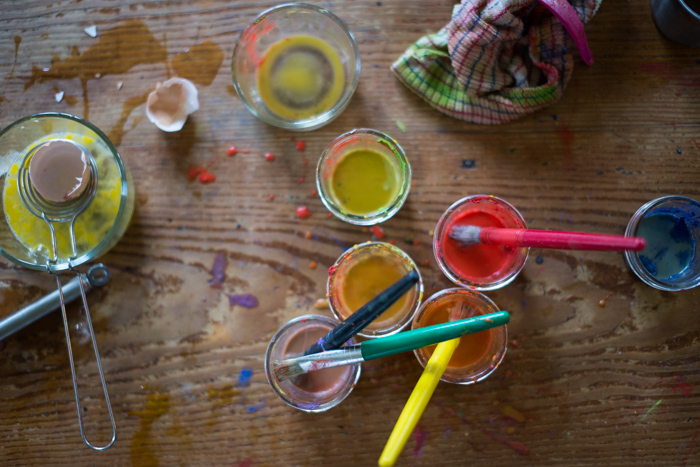 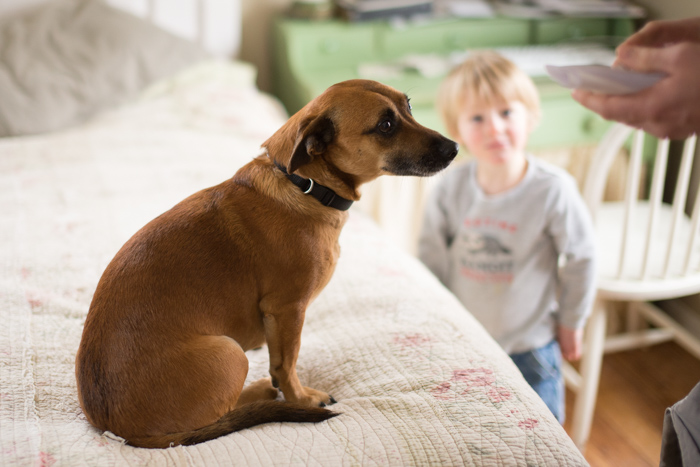 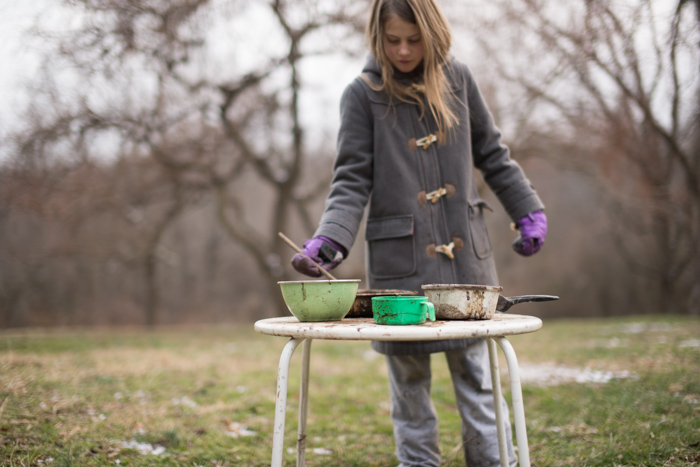 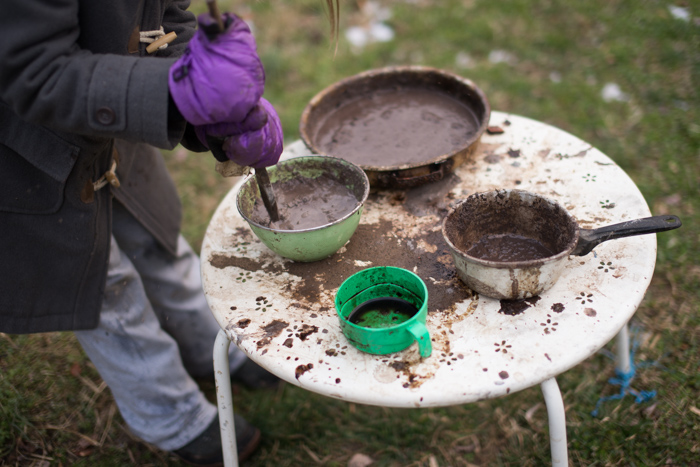 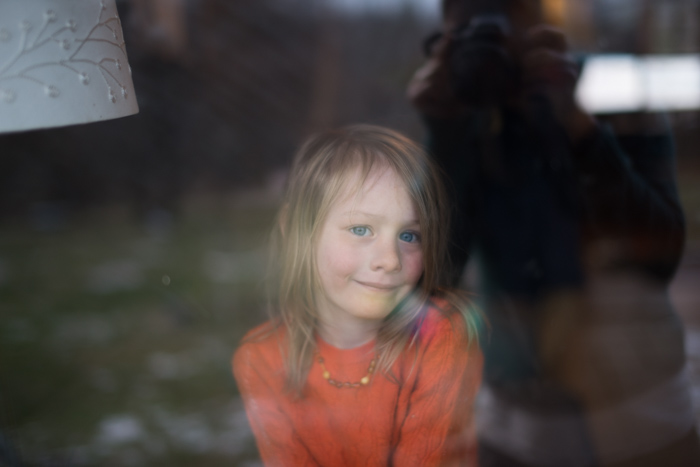 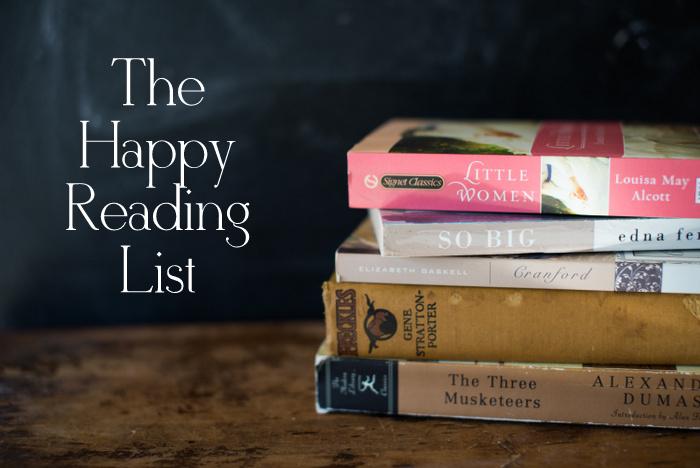 Recently, I made a request on Facebook asking for recommendations for happy books: mainly classics, with exceptions welcome. I had just read about a third of a classic on World War 1, and was literally having nightmares. Jonny suggested that I stop reading it, and I agreed. I realized that what I need and want to read this year are lighter novels, those that lack an overwhelming sense of darkness or sadness surrounding the story or characters, without being pure fluff. And now thanks to so many kind suggestions, I have a wonderful list of books to choose from. Thank you!

I thought that some of you might be interested in the “happy list” as well.  I didn’t include every single book recommended (there were just so many!), and for most of the authors recommended I placed their most apparently popular book on the list, as a reminder to myself to explore their other works as well.  The list is here, and I will place it in my sidebar for a little while so we can all easily find it again.  I know that I will be returning to this list frequently!

Obviously, since I haven’t read most of these, I can’t personally vouch for their goodness. I’m not sure that they are all necessarily happy books, but none sound downright depressing, and most did seem to fit the bill. I did skim reviews, and I think that some if not many of these books would be appropriate for older children, or for read-alouds.  In fact, a few are children’s classics. Feel free to leave your own recommendations in the comments!

Heidi  Johanna Spyri ::  An obvious classic, and one I never read as a child, though I’ve seen the movie and know the story.

The Little World of Don Camillo Giovanni Guareshi ::  This is a new title to me, and it sounds great!

Big Stone Gap   Adriana Trigiani  ::  The first in a modern series set in the Blue Ridge Mountains of Virginia.

I Am One of You Forever and Brighten the Corner Where You Are  Fred Chappell  ::  The first follows a young boy growing up in North Carolina in the 1940s, the second is narrated by that same boy, and is about his father, a schoolteacher who sounds like he has all sorts of wild adventures.  I can’t wait to read these!

I Capture the Castle  Dodie Smith  ::  First published in 1948 and considered a modern classic, this book sounds really great.  Several people mentioned it to me as a favorite.  Reading through reviews, I realized that the same author wrote the children’s book The Hundred and One Dalmations.

North and South and Wives and Daughters Elizabeth Gaskell ::  I’ve read Cranford, and have long wanted to tackle a longer Gaskell novel, having loved the minseries based on her books.

So Big  Edna Ferber ::  I’m reading this one now!  I had never heard of Edna Ferber before a friend recommended her last week.  So Big is her masterpiece and won the Pulitzer Prize in 1924.  It is considered must reading for fans of Willa Cather (yes!), Pearl Buck (yes!) and Marjorie Rawlings (again, yes!)  Giant is another of her more famous books.

Don Quixote   Miguel de Cervantes Saavedra :: An obvious classic, one I hope to read someday, though it is LONG!

Whose Body?  Dorothy Sayers ::  One of her many classic detective novels, the first of her stories to feature Lord Peter Wimsey.

Shadows on the Rock  Willa Cather :: Cather is my favorite author, and this is one of hers that I haven’t read.  It was specifically recommended for the happy list.  Seth read it a couple months ago, and I’ve been meaning to.

The Three Musketeers Alexandre Dumas ::  I haven’t read anything by Dumas, but my oldest son Seth has read both this one and The Count of Monte Cristo and loved them.

The Bird in the Tree Elizabeth Goudge  ::  This is the first in the popular Eliot family trilogy set in England in the late 1930s.  Several people recommended Elizabeth Goudges other novels as well.  She wrote for both adults and children.

Jane of Lantern Hill and The Blue Castle  L.M. Montgomery  ::  These are some of the favorites mentioned that were written by the author of Anne of Green Gables.  The Blue Castle sounds especially good.  Emily of New Moon is another that was mentioned.

Early Candlelight Maud Hart Lovelace  ::  By the author of the Betsy-Tacy books, this is a historical novel she wrote for adults.  It sounds excellent!

The Making of a Marchioness  Frances Hodgson Burnett  ::  By the author of The Secret Garden, this is a brief romantic novel, and I believe it is aimed at adults rather than children.

High Rising  Angela Thirkell  :: This is the first in a series of satirical English comedies set in the fictional county of Barsetshire

Three Men in a Boat and Three Men on a Bummel  Jerome K. Jerome  ::  These are supposed to be hilarious.

The Collected Stories of Eudora Welty  ::  I am really looking forward to reading some of the stories written by this Pulitzer Prize winning author.  I read her described as the grand matriarch of southern writing tradition.

A Light in the Wilderness  Jane Kirkpatrick  ::  Based on a true story, this novel follows three women along the Oregon Trail.  People describe it as “gripping.”  Sounds good to me!  Where Lilacs Still Bloom is another of hers that sound good.