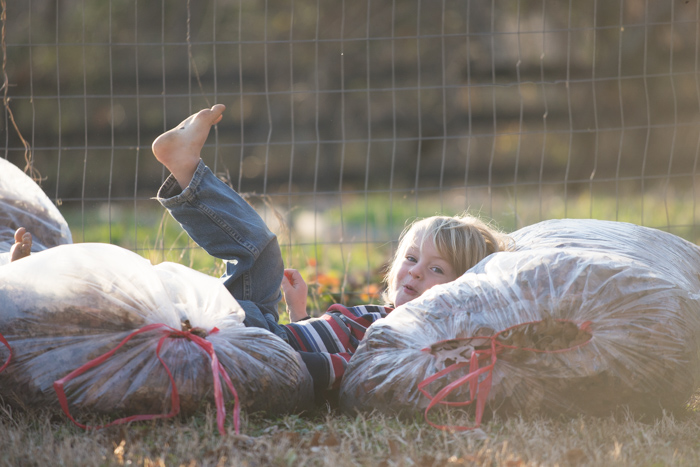 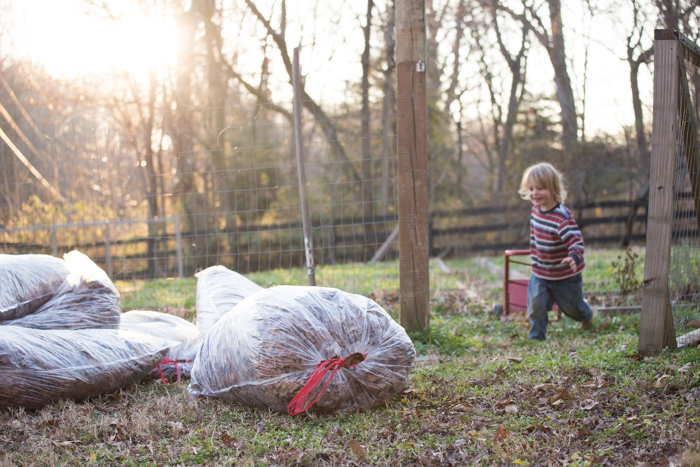 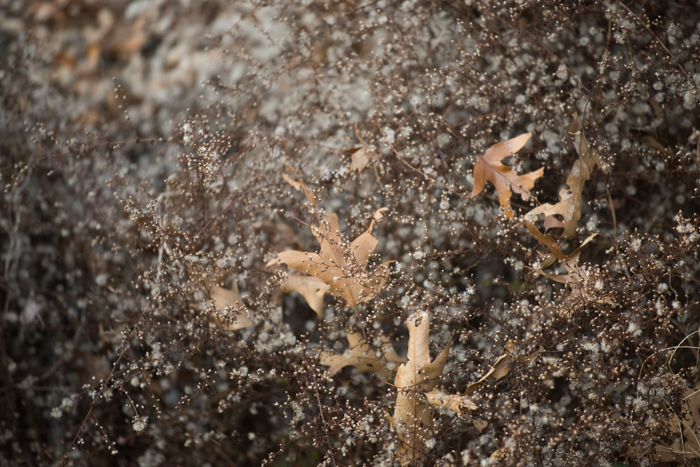 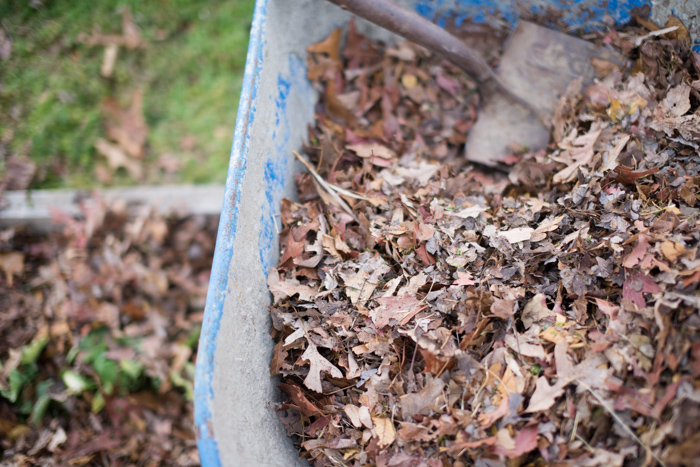 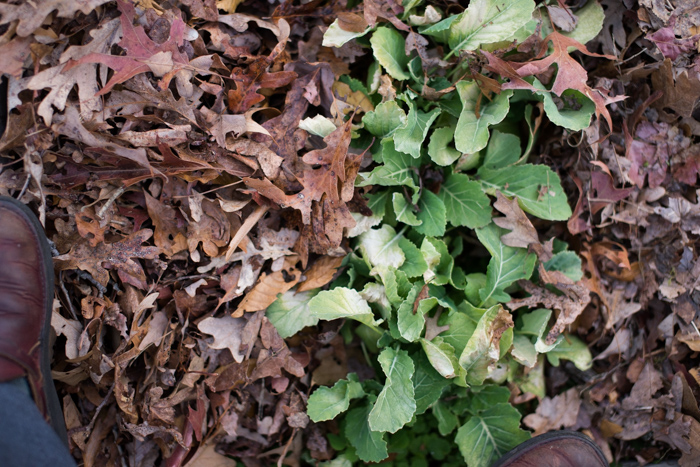 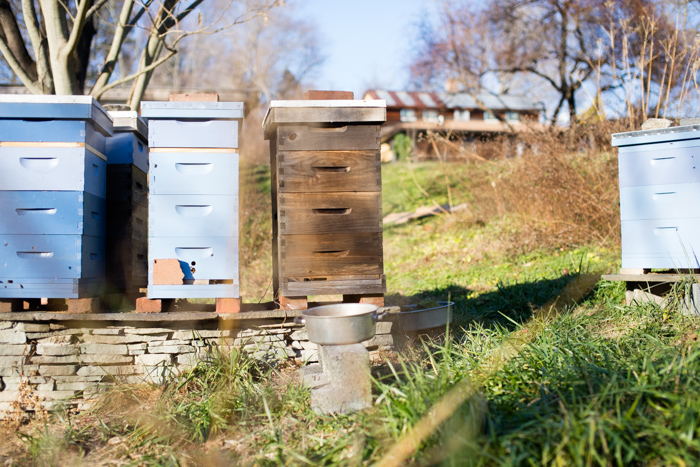 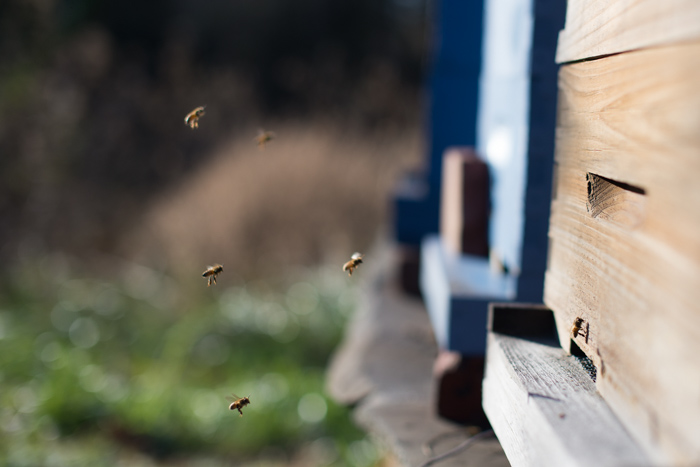 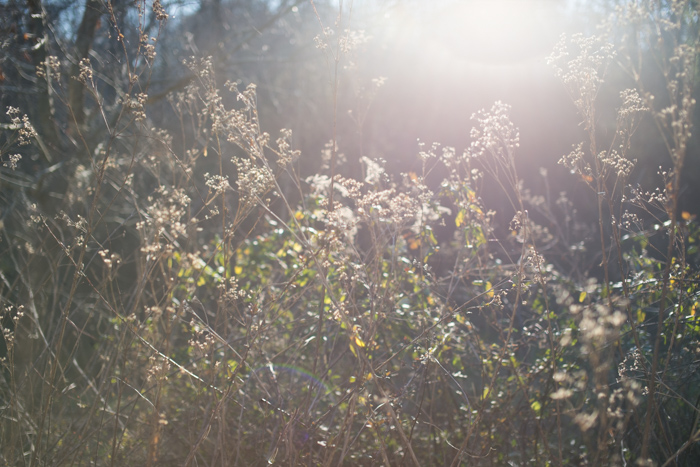 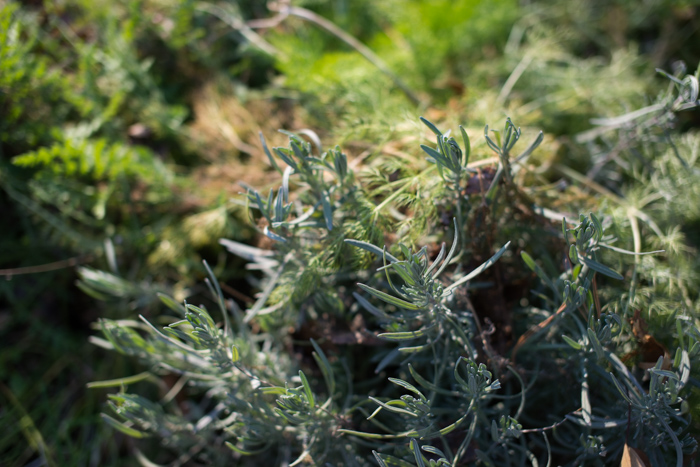 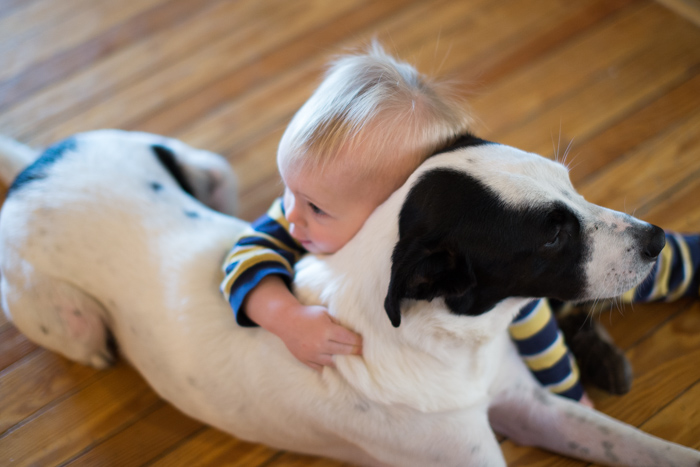 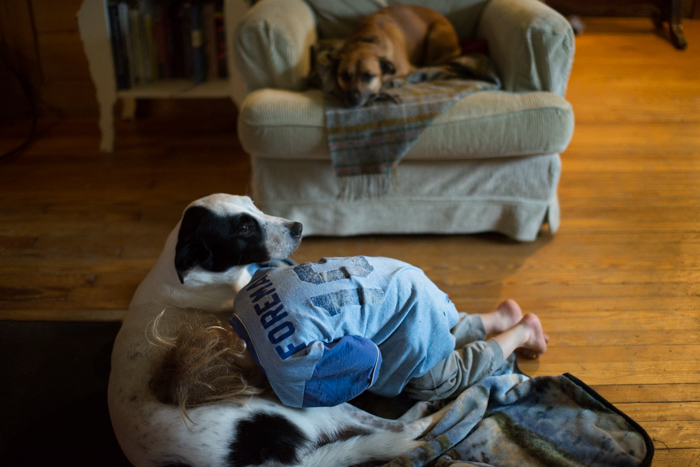 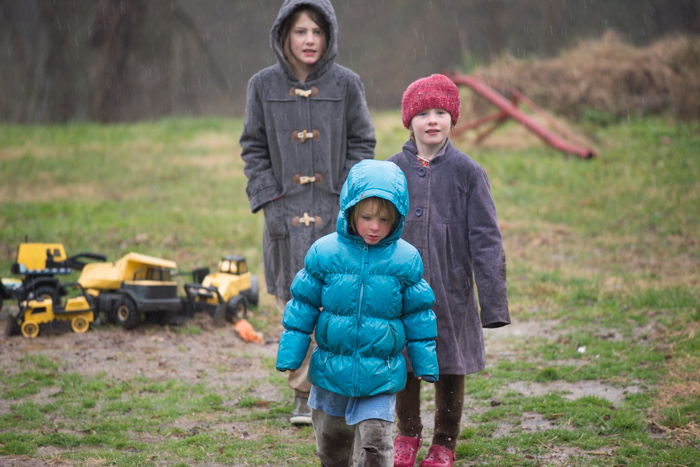 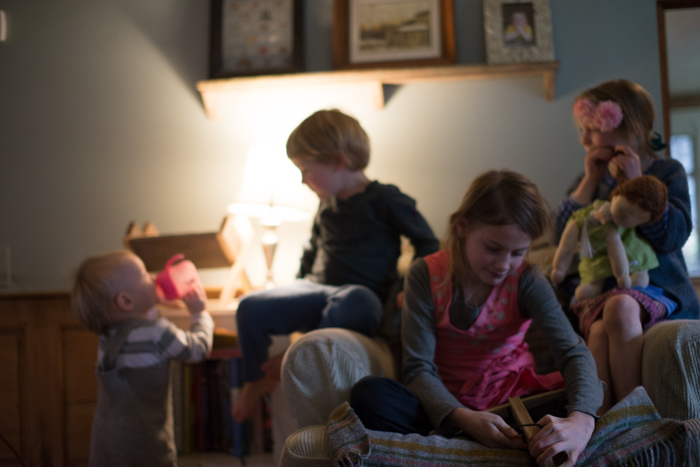 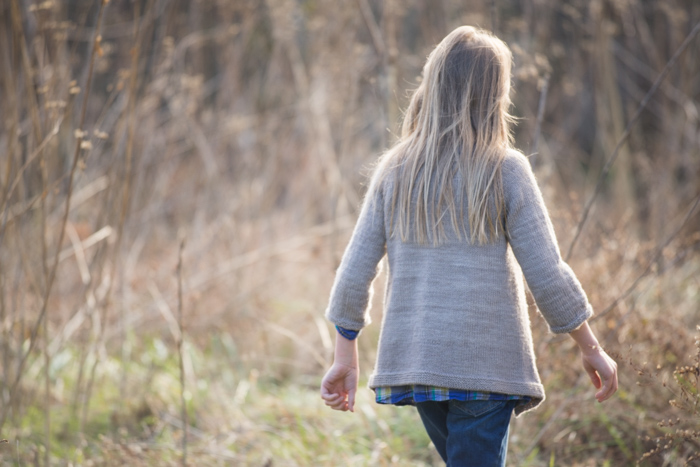 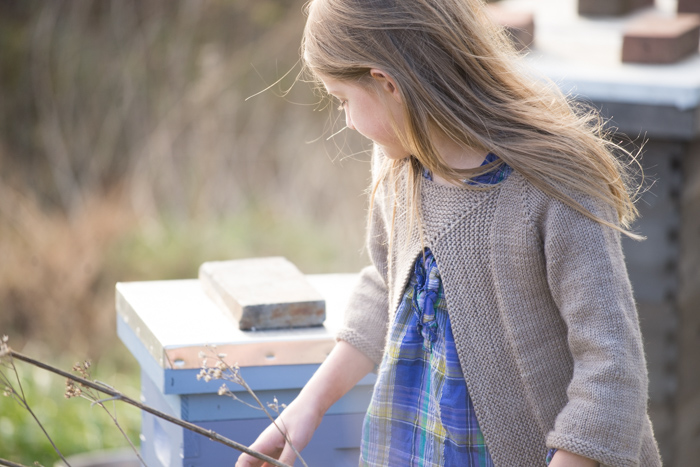 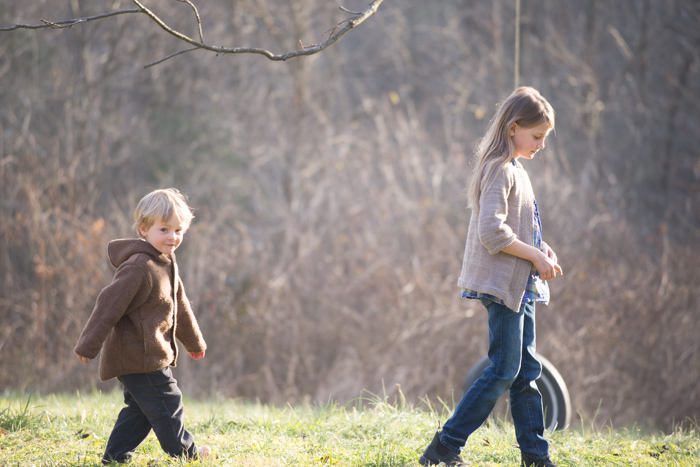 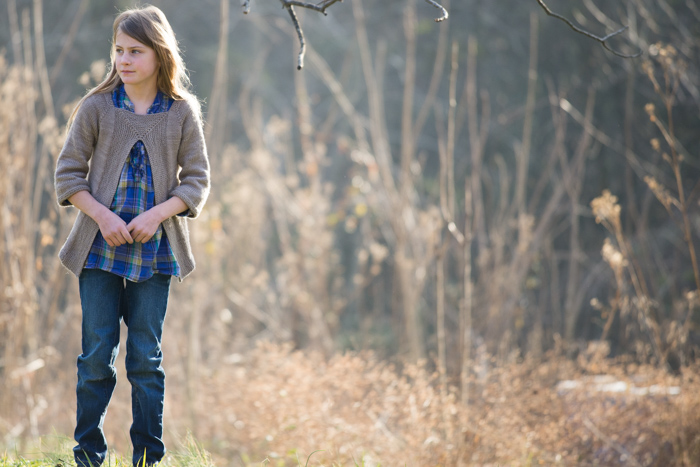 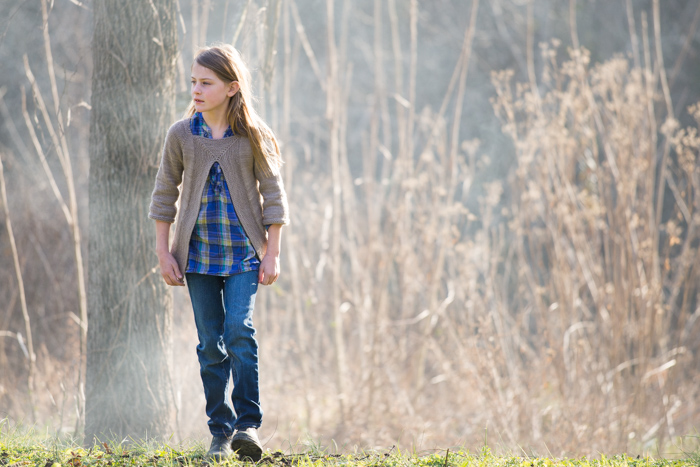 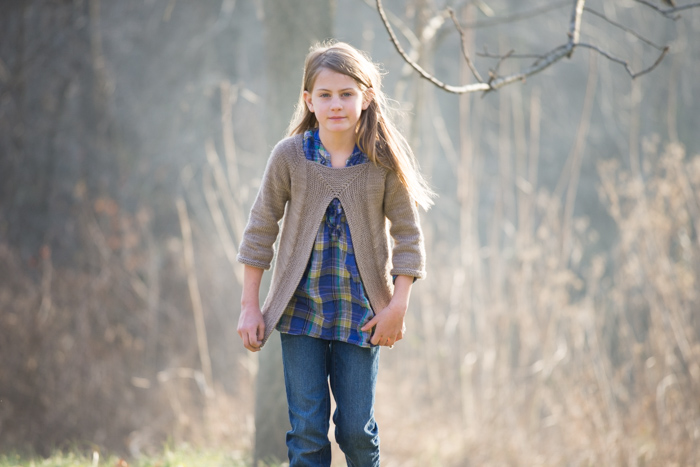 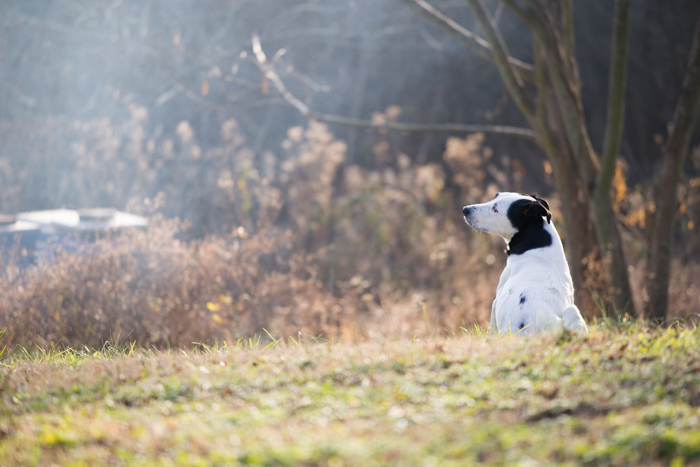 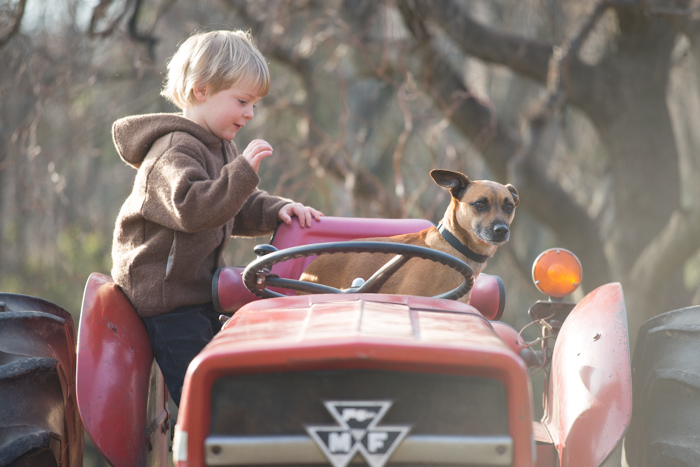 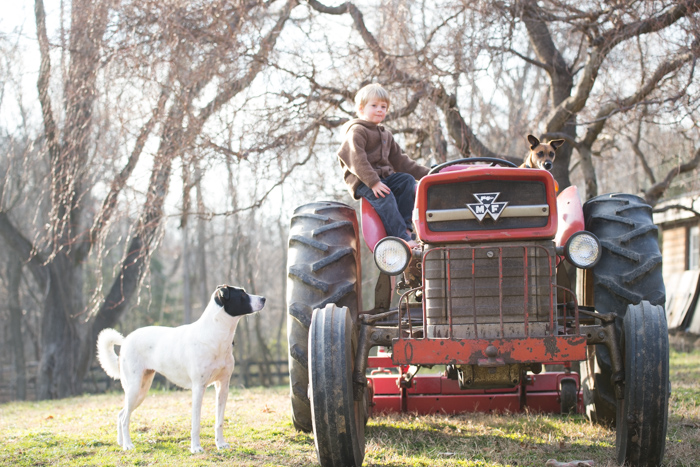 Is December always so warm?  I can’t remember.  I am thinking, probably not.  This week it’s been mostly highs in the mid-fifties and so pretty.  Our bees have been flying, making me wish I could drop everything just to sit and watch them.

Out on errands one day, I spied more than half a dozen clear plastic bags full of leaves at the foot of someone’s drive.  Later, on that street again, I stopped, and Gabe and I crammed them all in our van.  I’ve never done that before, grabbed other people’s leaves from the side of the road like that.  It was kind of exciting.

I gave Silas half a haircut this week because the accidental dreadlocks on the back of his head were making me nuts.  I’m hoping that he’ll let me finish the job sometime soon.  Maybe I should just aim for a snip a day, the never-ending haircut.

I finished Larkspur’s Leksak last week and haven’t blocked it yet, though the front band would benefit if I did.  This sweater is really more well suited to spring or early fall, but with the warmer temperatures, Larkspur has been wearing it. (And looking so grown-up!) After sharing Bea’s Leksak a few months ago, a few of you asked me about picking up the right number of stitches for the garter stitch bands on the front.  The way I did it was to count how many rows I had knit for the body, take 3/4s of that number and aim to pick up that number of stitches on each side, give or take a few.  It really helped me to have a number of stitches to aim for rather than just trying to pick up 3 for every 4 stitches.  (I did not slip the first stitch on each row because that would have resulted in too few stitches to pick up.)  I used Luna Grey Zeta in the mushroom colorway for Lark’s sweater.  I think it’s such a pretty color, and I really like the drape of the finished sweater.

I’m so, so happy about my little dog.  I’m like a little kid:  “He’s just what I’ve always wanted!”  I think my older boys are probably rolling their eyes at me a lot.  Weasel gets a lot of silly baby-talk from me.  If he could roll his eyes, he just might.  He’s doing really well in the house training department and he has the cutest, quirkiest little personality.  Funny, when I first saw him at my in-laws house, I thought he was really an ugly dog, and his name–Weasel?  But now, I think he is just the cutest little dog ever.  He rolls himself into this funny little position to squeeze next to me when I am in my chair by the fire knitting.  I’ll show you a picture, just promise not to ask if I’m pregnant! (I’m not.) After carrying six babies, my tummy prefers to be out rather than in.  (And see how Jonny made Weasel decent for the photo with a ball of yarn? Hee hee.) 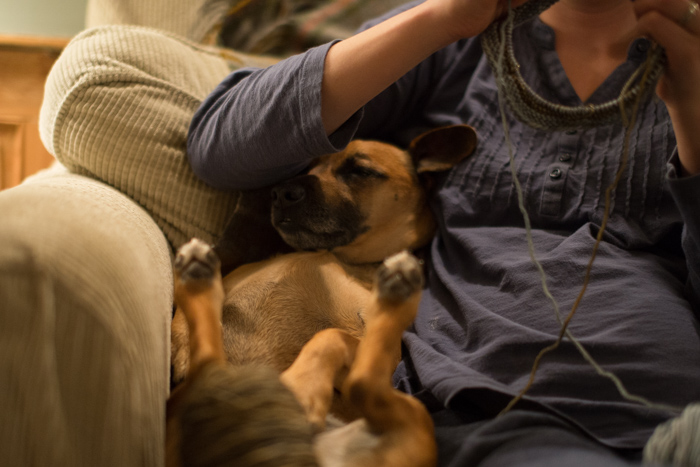