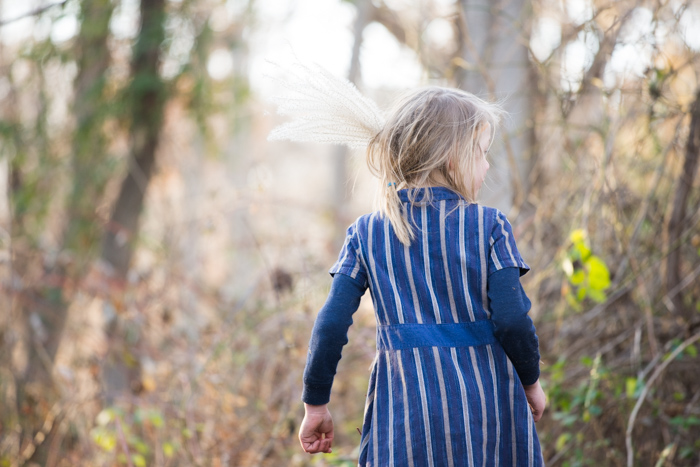 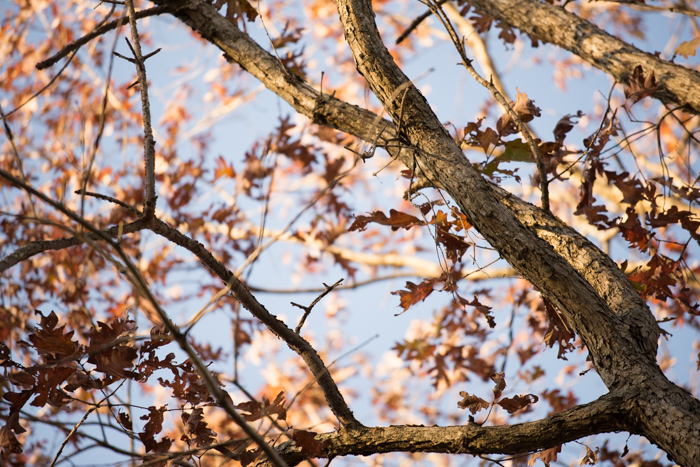 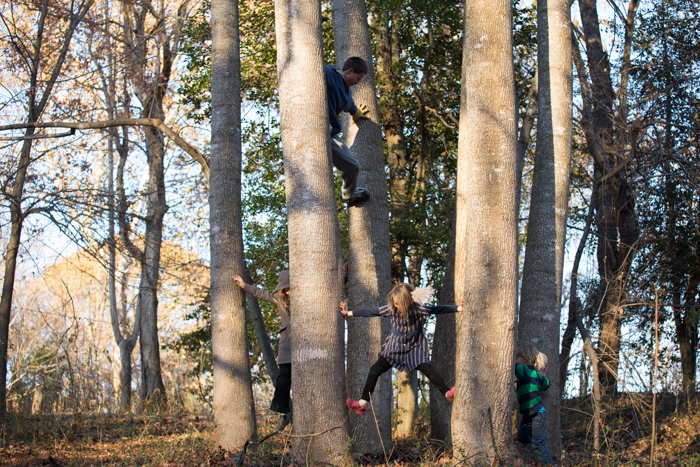 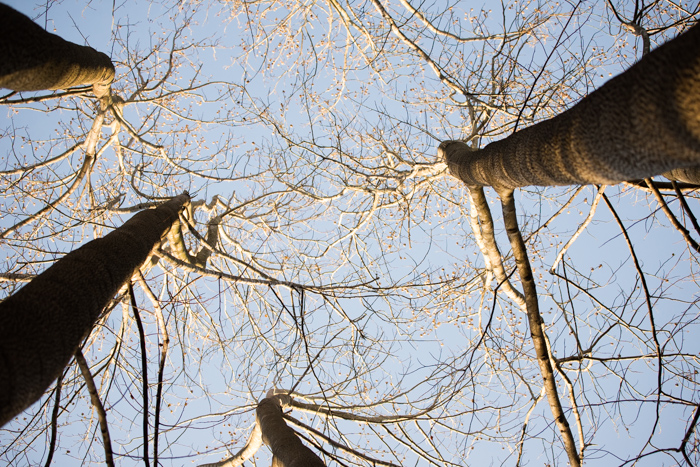 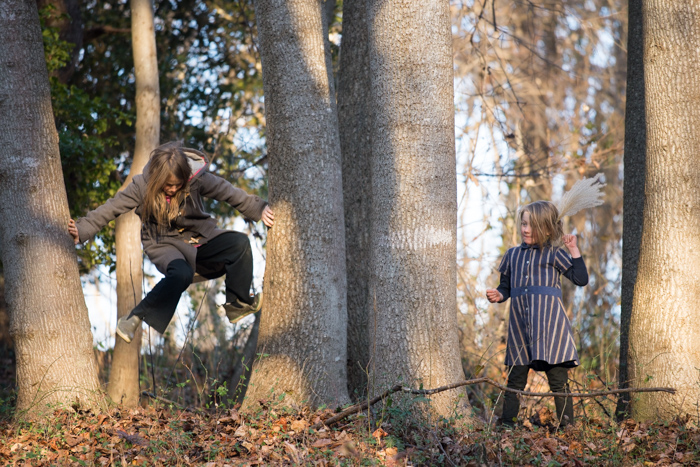 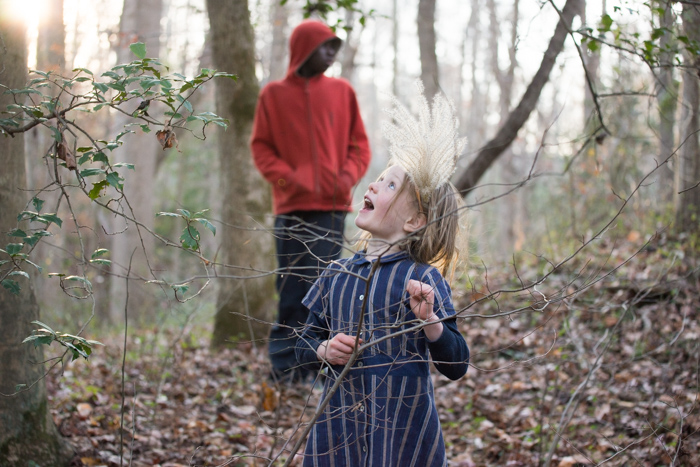 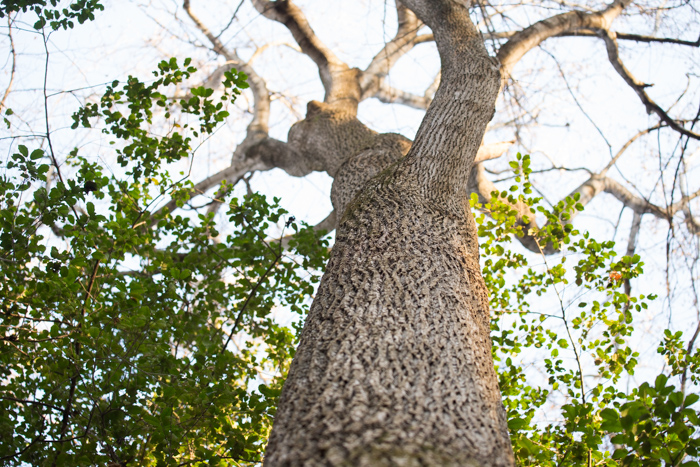 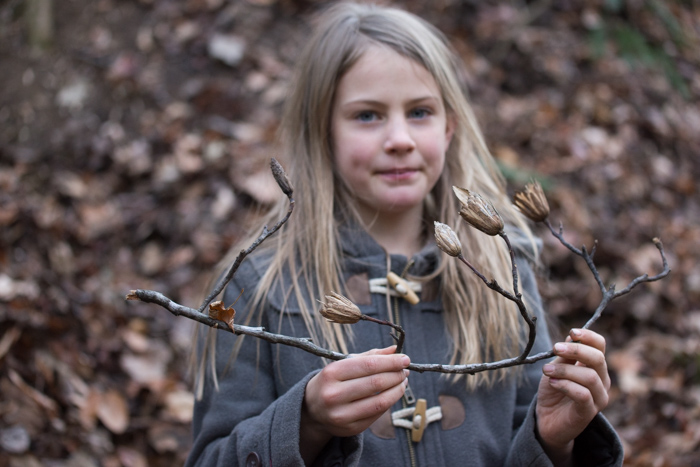 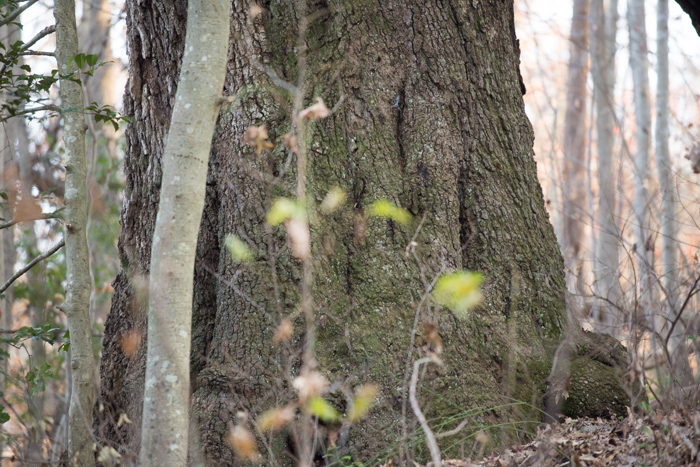 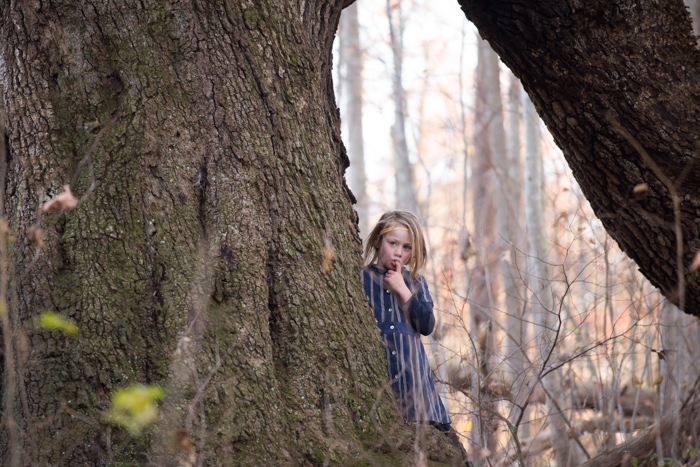 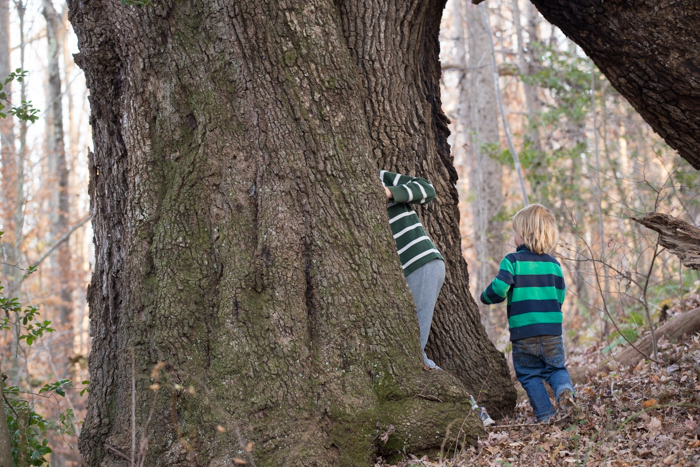 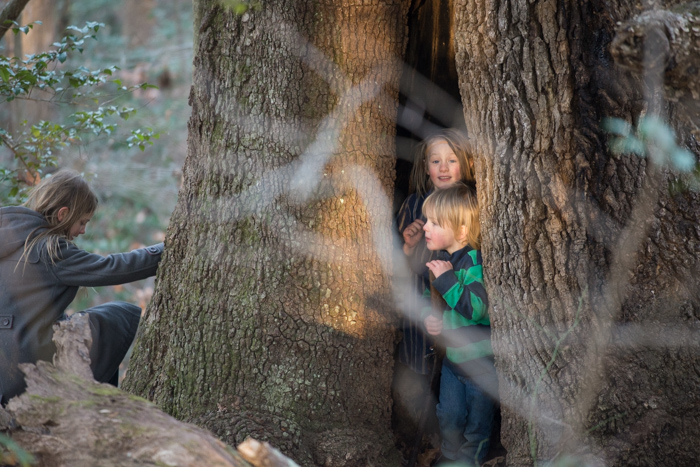 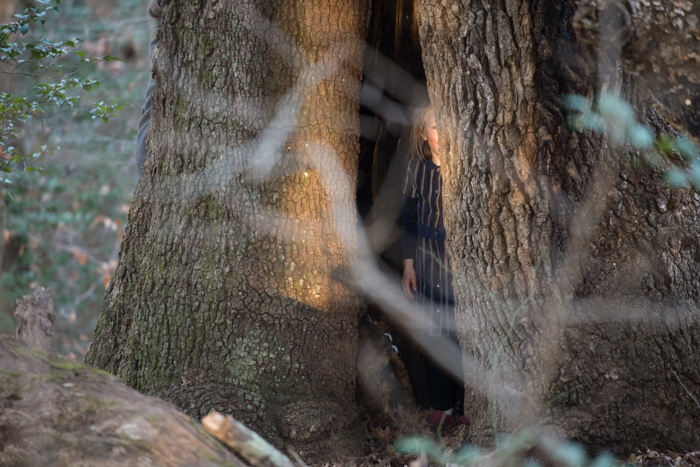 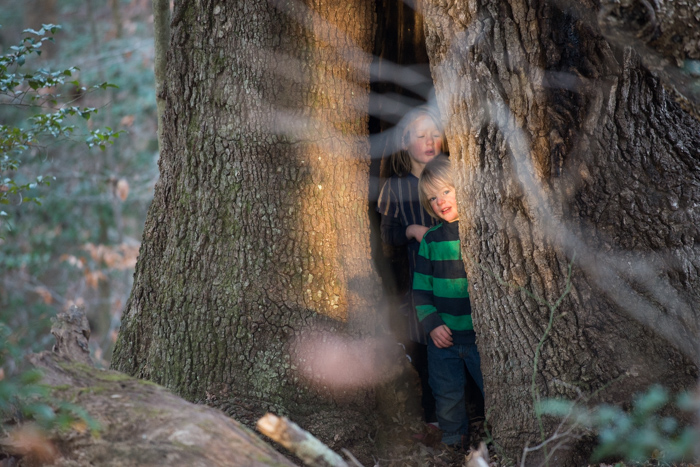 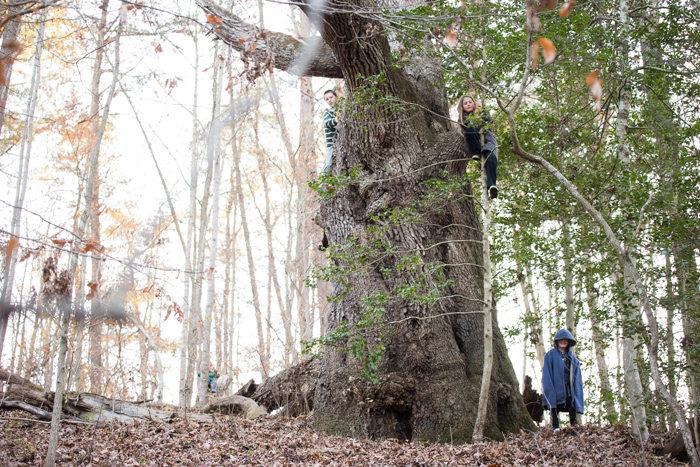 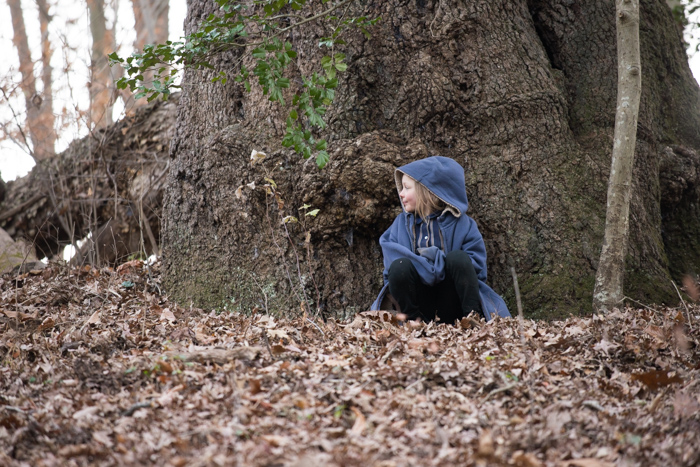 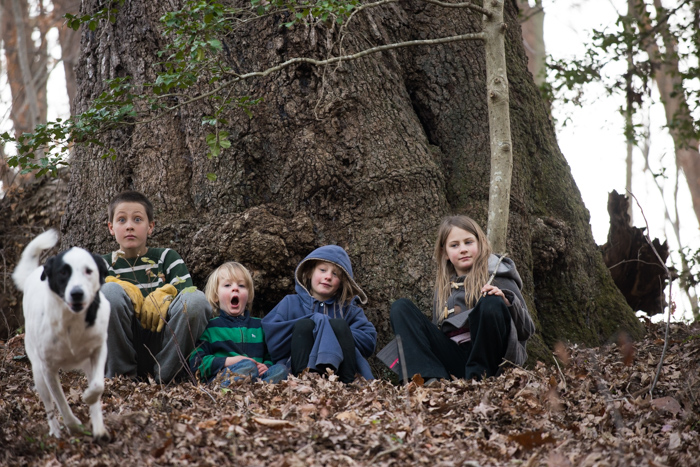 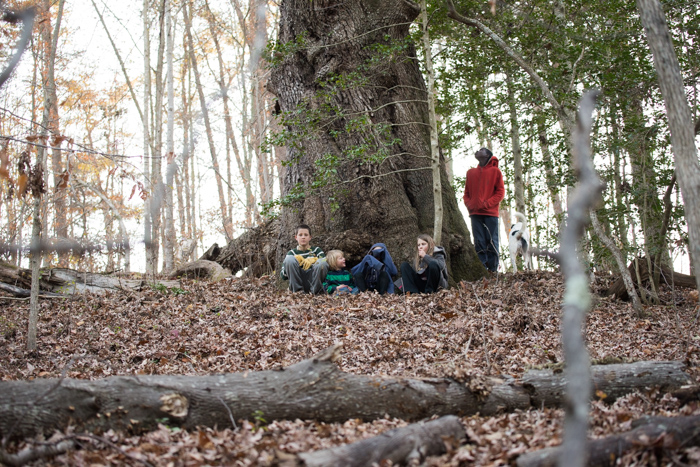 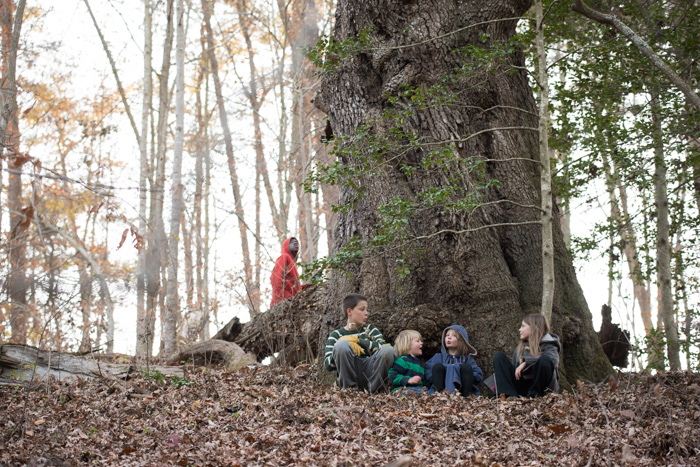 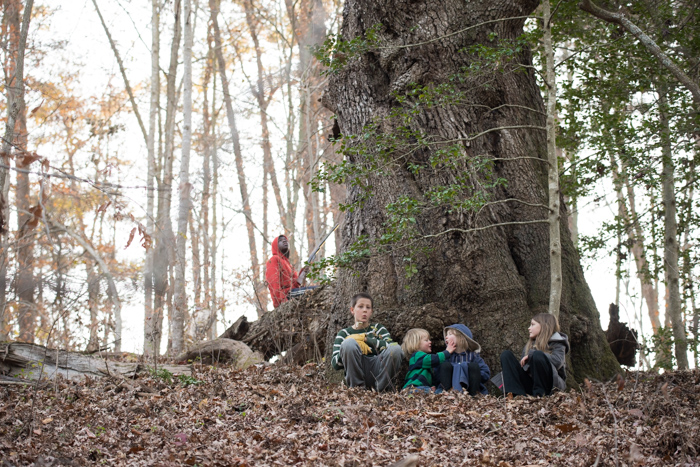 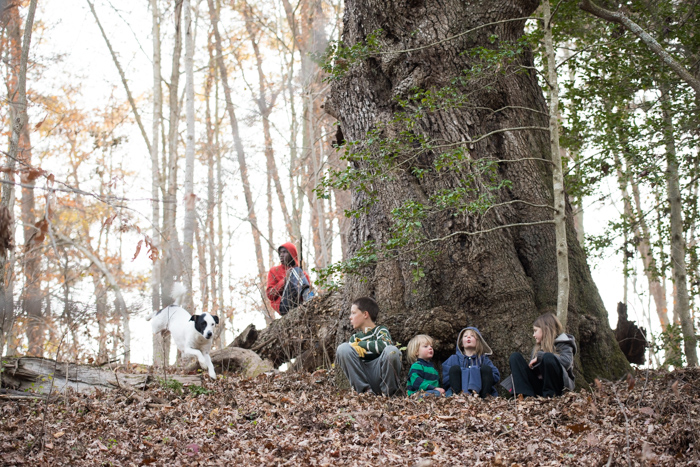 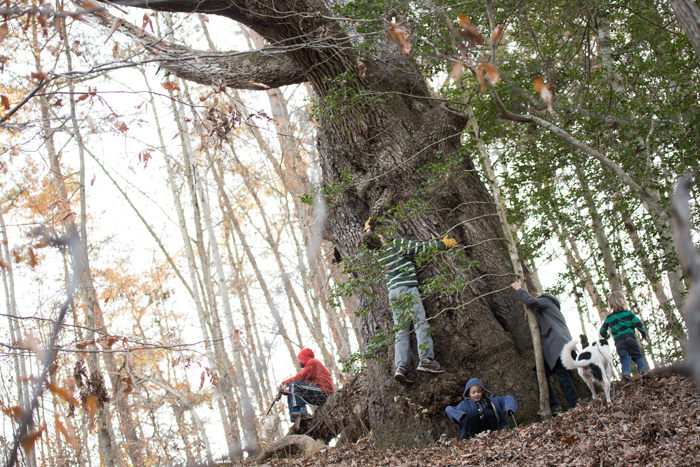 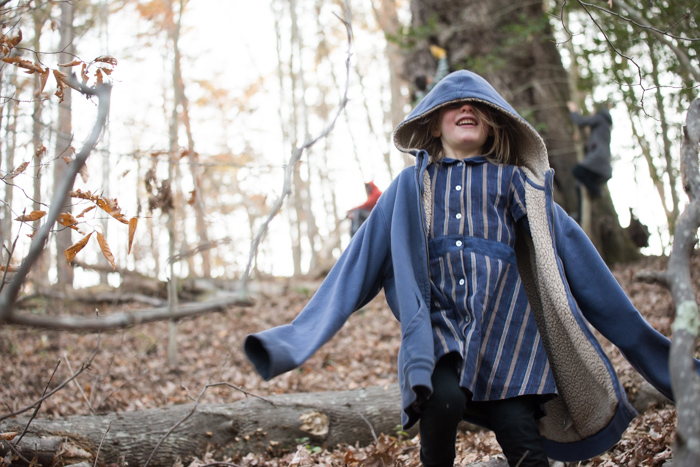 We’ve read that a white oak tree spends two hundred years growing, two hundred living, and two hundred dying.  Branch by branch, ours is dying.
Over the years I have recorded my children sitting in front of this mighty white oak tree many times.  While my children are young and constantly growing, our Big Ol’ Oak saw it’s youth hundreds of years ago, long before we were born.  So now, as we thrive, it declines.  It seems that each time we visit, another branch has fallen to the forest floor. Nevertheless, the Big Ol’ Oak it will always be; champion tree in our neck of the woods.
I’m not sure that I can remember even the year that marked the first time Seth and Keats came racing in the house shouting that they had discovered an enormous tree in the forest behind our house.  I know they begged me to hike to it with them, but I am not sure if I went that day, the following week, or even the next month.  I am not sure how much time passed before I sat the boys down for a picture with “their” tree.

And though we’ve spoken of this ancient white oak tree as if it were ours for many years, it has officially belonged to three others during the time we have lived in our house.  The acreage it lives on has passed from landowner, to developer, and finally a couple years ago, to a builder.  We live in an expensive part of the country, and we never could afford to buy the land ourselves.  Early this year, Jonny sent the builder an email, asking what his plans were for the lot on which our tree resides.  He informed us that he would be building a house there this year.  Though our tree wasn’t directly threatened, our dreams of ever truly calling it ours would end.  It may sound silly, but I cried.  Jonny wrote and asked the builder if he might consider selling the lot to us instead, and he agreed to meet us on the land to discuss the possibility.

Last week, after all those years of hoping and waiting, and one mama’s pleas to a builder, not to build a house on the four acre lot next to us, but instead to sell it to us at no profit to himself, the papers were signed and the Big Ol’ Oak is officially ours.

We have much to be thankful for this Thanksgiving, including four acres of forest, and one dear old white oak tree. 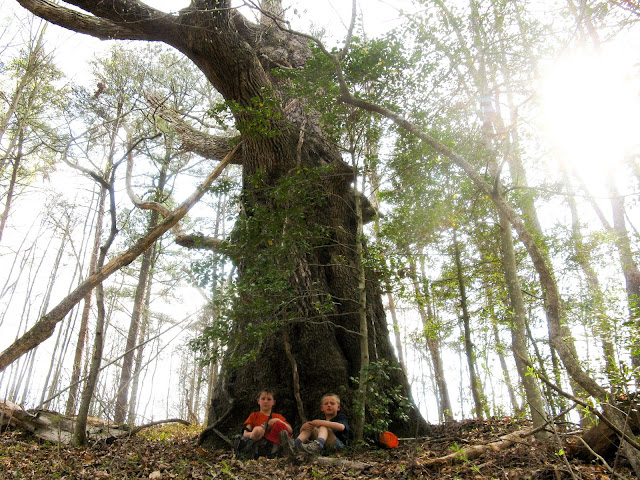 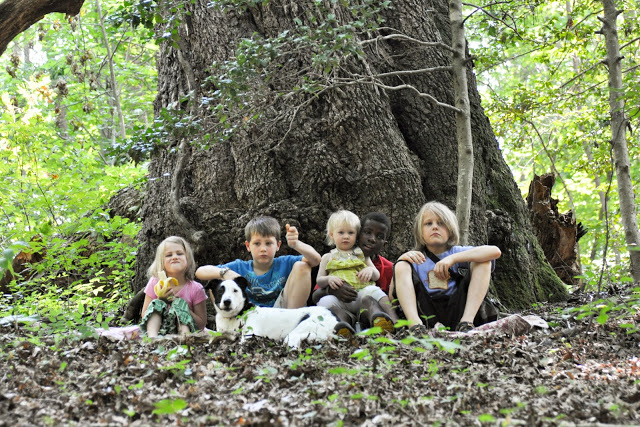