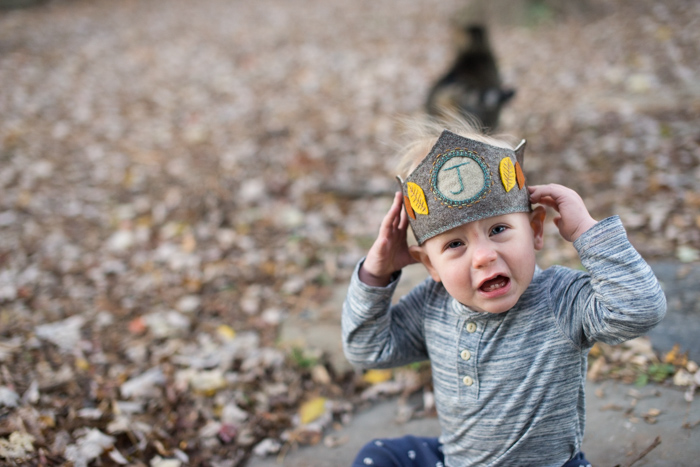 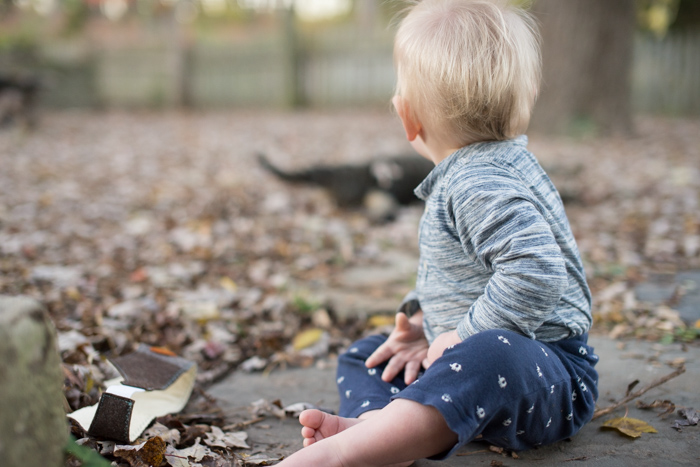 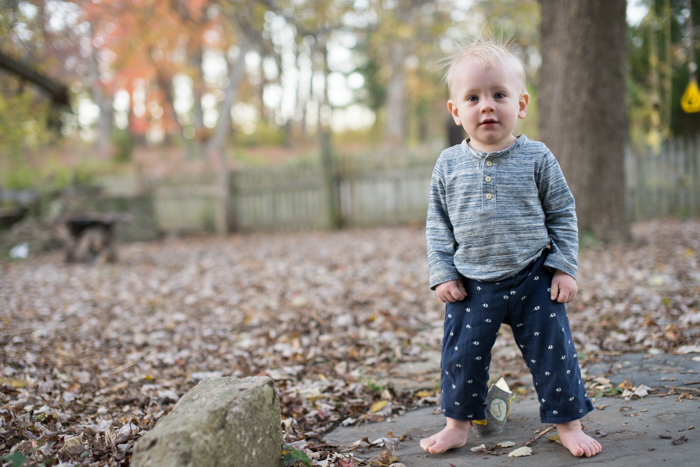 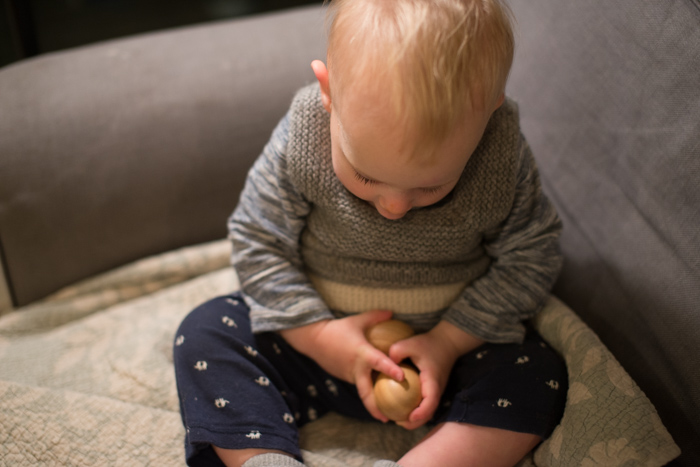 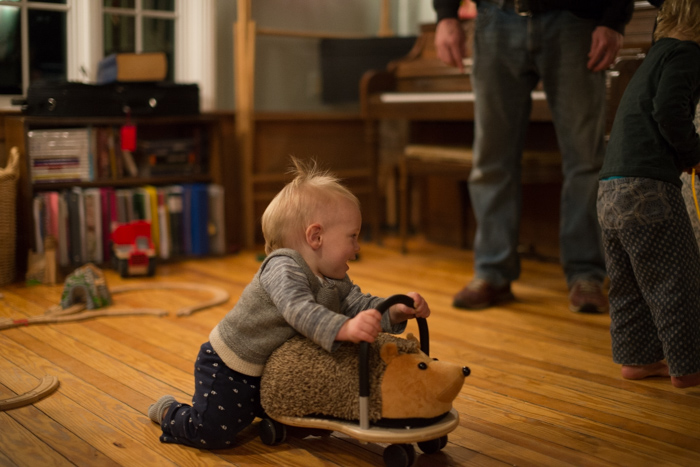 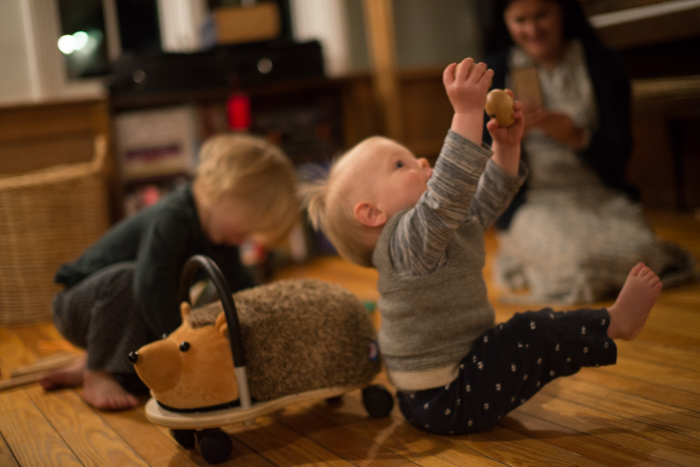 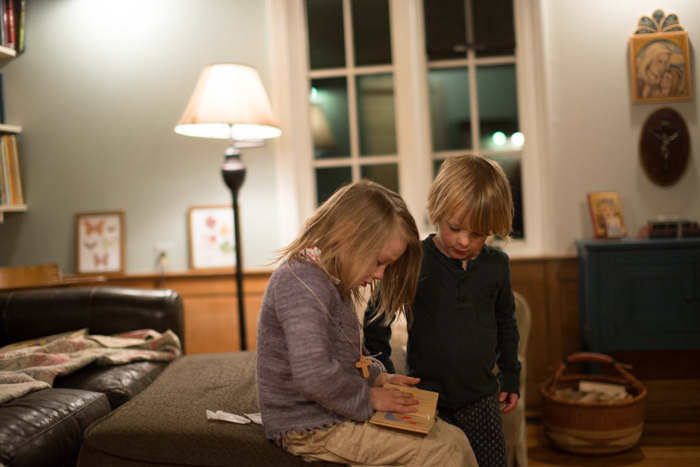 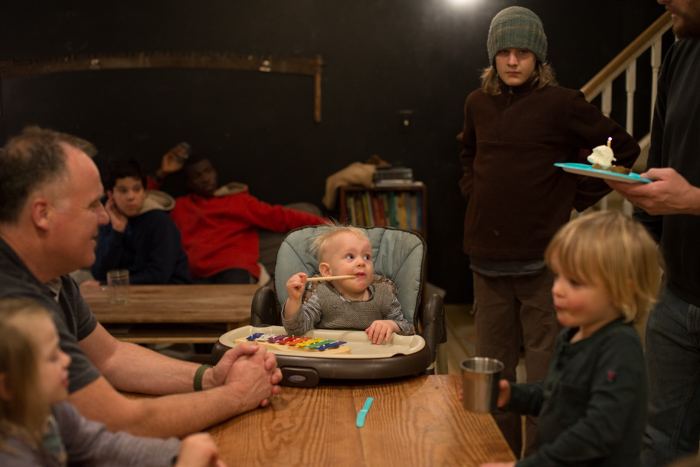 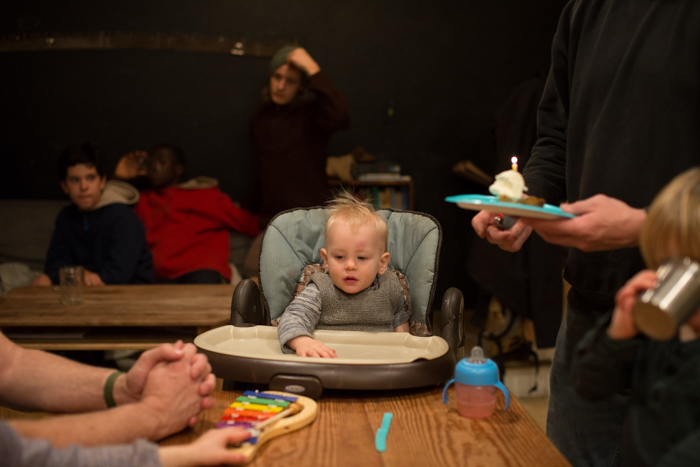 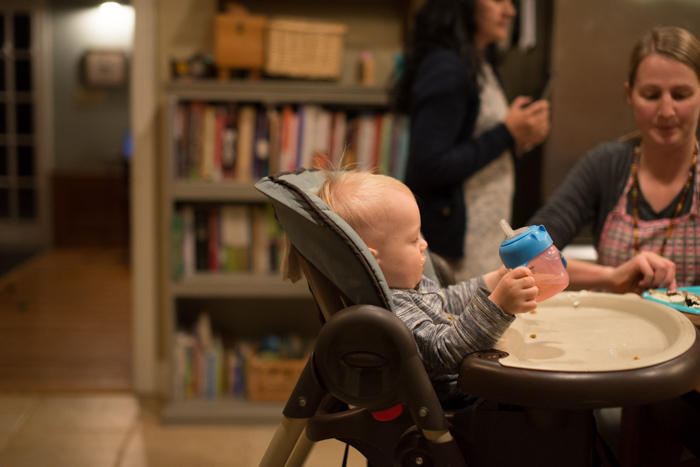 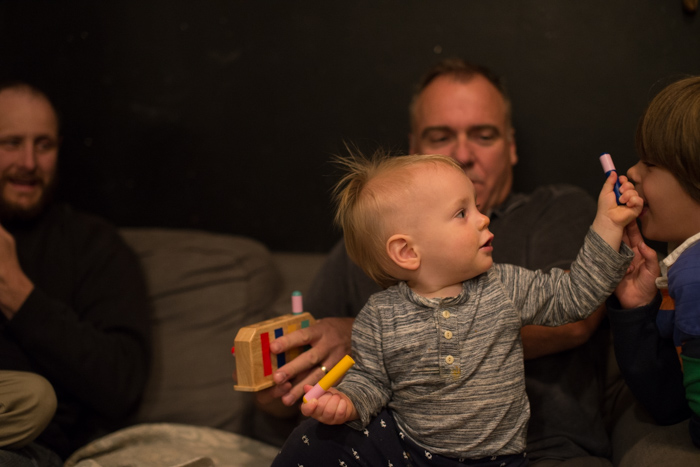 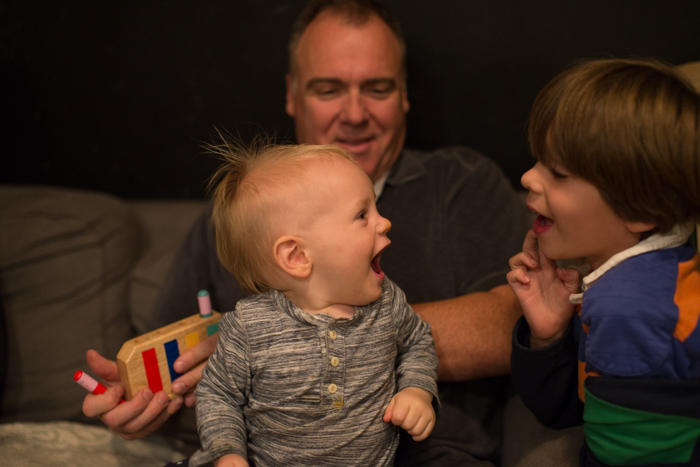 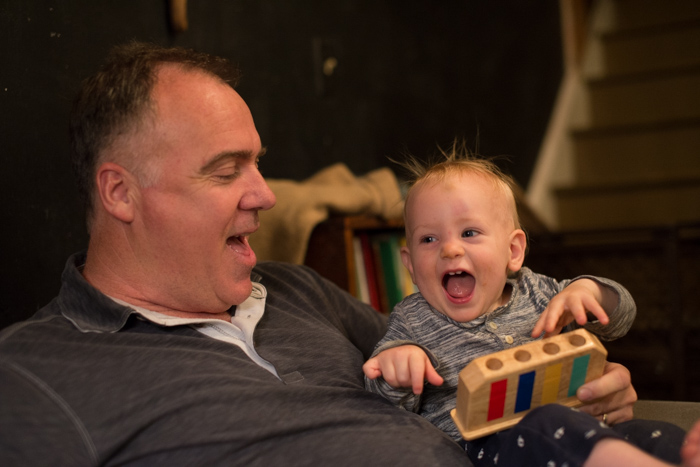 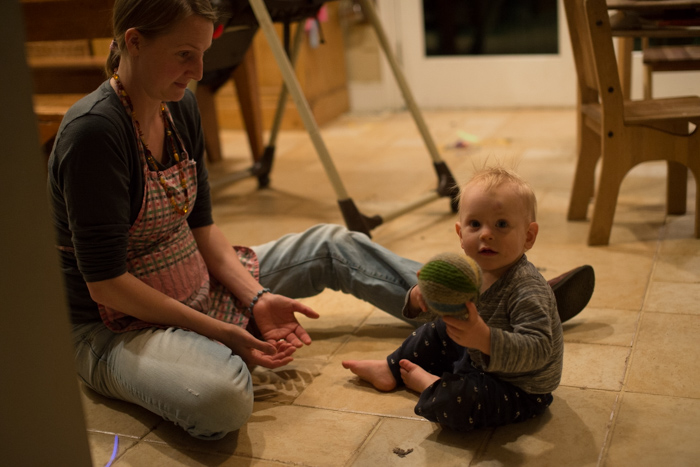 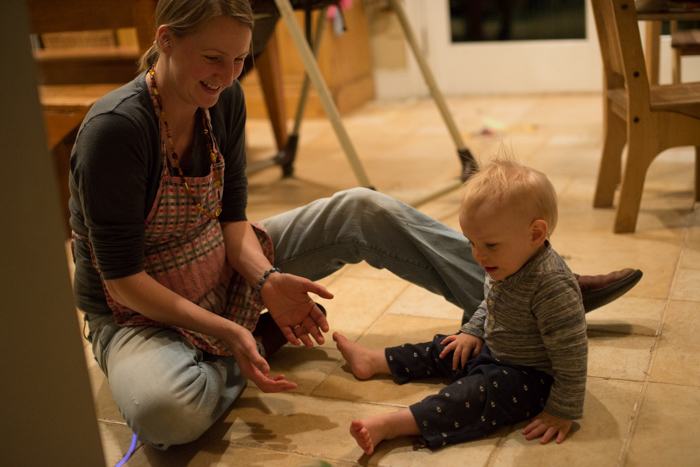 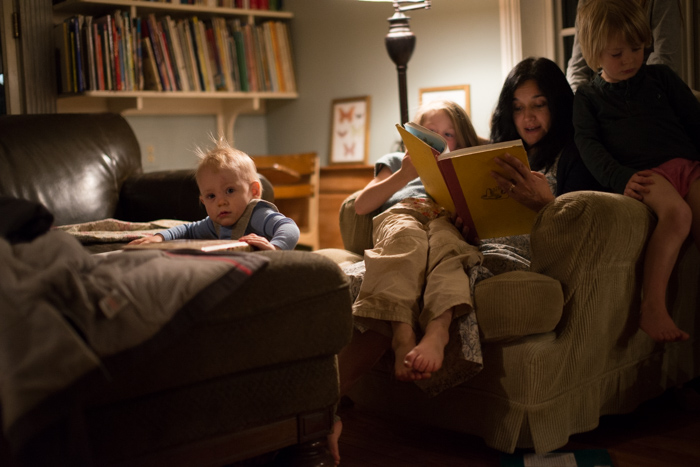 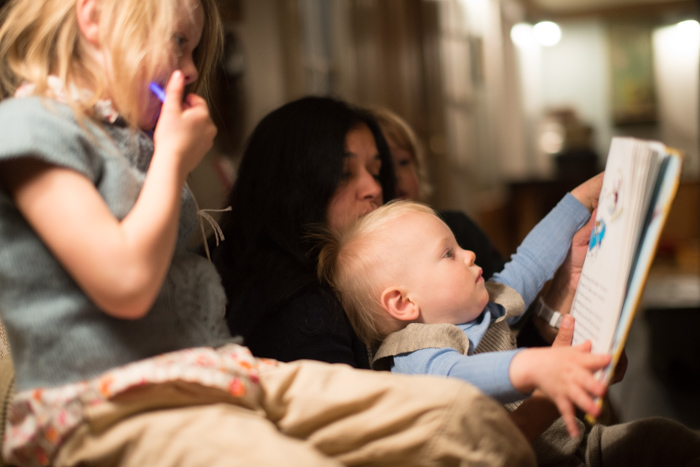 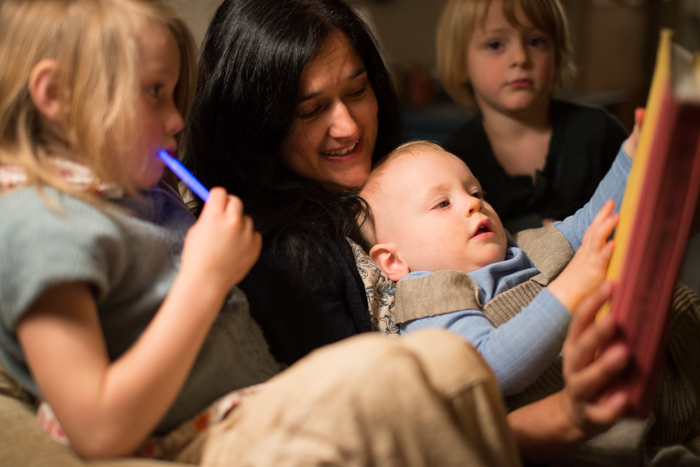 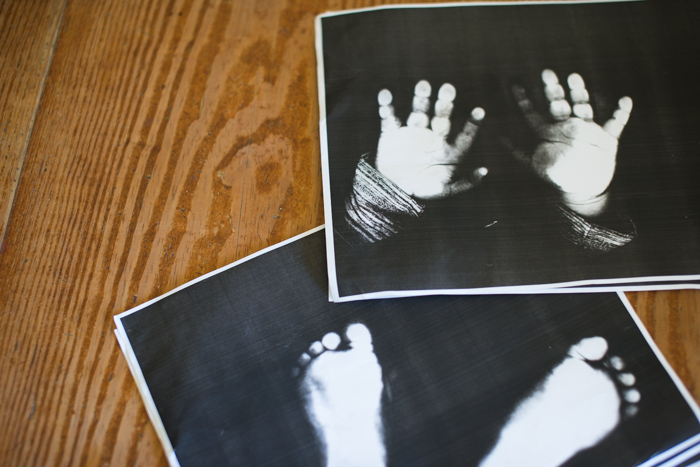 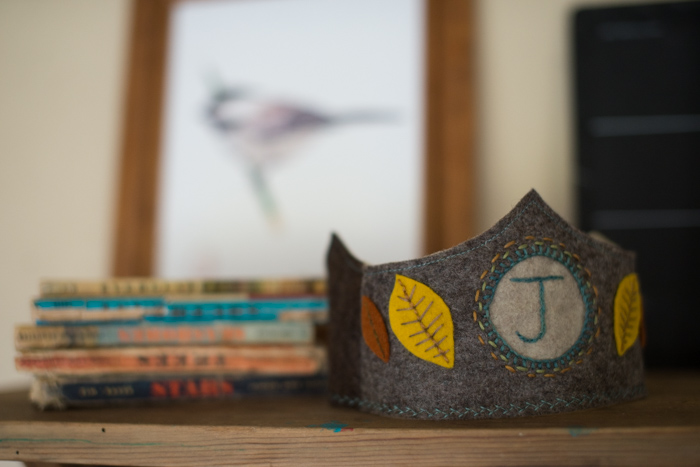 Job does not like his birthday crown (what one year old does?) nor does he like pumpkin pie.  Of course I baked fresh pumpkins and borrowed a secret family recipe from a friend.  He’s a November baby!  I also spent a ridiculous amount of time creating that crown, knowing full well that Job would cast it off his head as quickly as he could.  Actually, I wanted to do a bunch of decorating too, but there just wasn’t time.  It was all I could do to make our house “company ready.”  Jonny questioned why I was wanting everything to be so perfect.  Well, Job might be our last baby (though you never know.)  This may have been our last time celebrating the first birthday of one of our children.  I built it up a little too much in my head.  But thank goodness for reality.  Birthdays are a celebration of life.  And that is what we did.

What I really wanted most, more than a clean house and pretty decorations, was to celebrate Job’s birthday with our family and his godparents.  His godmother is my friend, and the midwife who attended his birth.  His birth was such a traumatic experience for both of us, and to celebrate his first year together, I think we needed that.  And that is the part of the day that Job enjoyed most, being the center of attention, though at times he almost didn’t know what to think.  The look on his face as we all sang, “Happy Birthday” was kind of hilarious.  He almost looked alarmed!  “Why are you all staring at me and singing?  Aaaah!”  But mostly he had such a great time, even though we partied past his bedtime.

I came across some copies the boys must have made of Job’s hands and feet.  Despite the fact that my kids have made numerous copies of their hands over the years, there is something special about these.  I guess it’s remembering the intensity of those early days with Job.  Jonny and I were a little shocked, and we never got around to making tiny newborn prints of his hands and feet like we have with all of our other babies.  For Job, I will tuck these copies in his file.  His hands and feet at age 1.  Still small and precious.  Always a miracle.

p.s.  Do you want to know about the gifts?  I got rid of most of our toys a few years ago and have hardly anything for older babies/toddlers, and I am so picky now about what we buy.  At first I was only going to make a sweater, ball, and quilt.  Well, the sweater and ball were finished, but not the quilt!  I’ll work on it soon.  I did end up buying a few gifts, and his godparents, Parveen and Andy, bought Job a couple of wonderful things as well!  Job really enjoys music so I bought him wooden shaker eggs

and a little xylophone

.  Both were a hit.  I also bought a “forest friends” wooden book

and he likes it, but really I bought that kind of for myself.  I wouldn’t have been upset if he didn’t give it a second glance.  It’s so pretty! From Parveen and Andy, Job received this crazy adorable hedgehog wheely toy

.  I have never seen anything like it and Job LOVES it!  He also loves the pop-up toy

they gave him.  He had such a fun time playing with his toys and being doted upon by those who love him!
Oh–and the crown. I like the simple pattern in The Creative Family