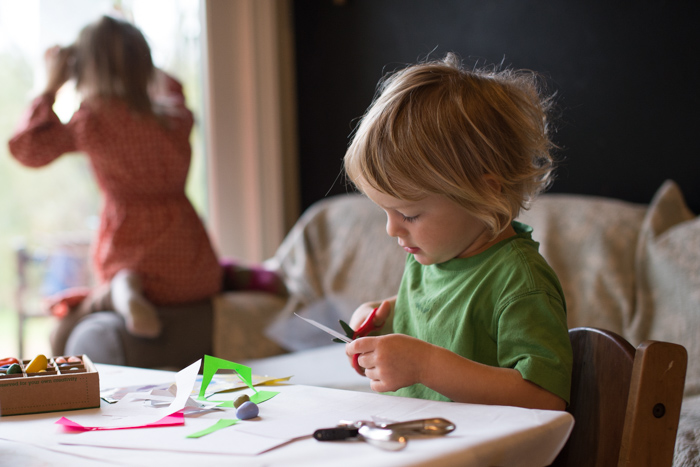 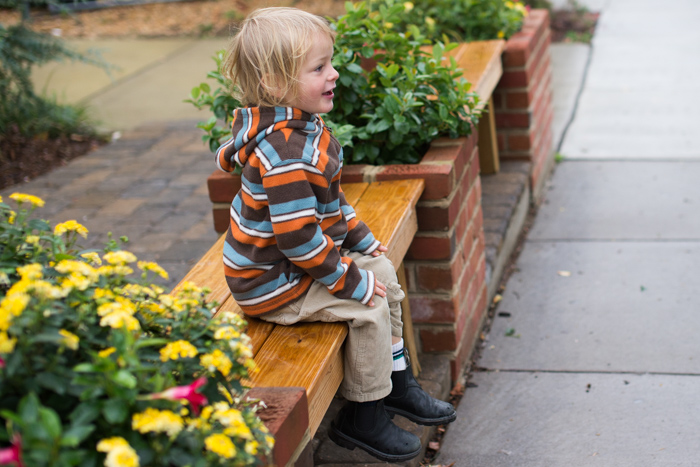 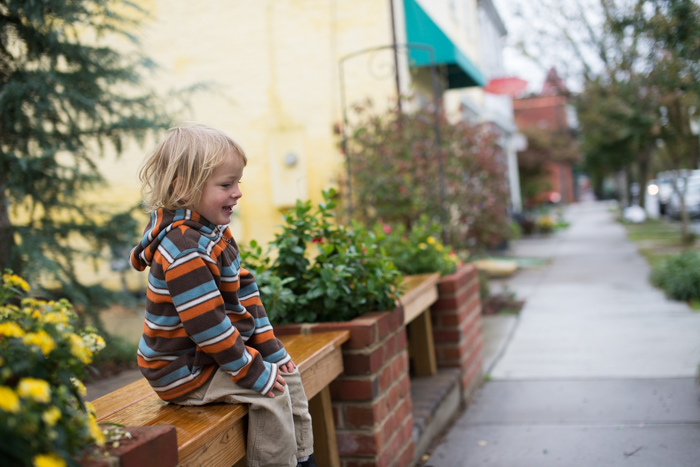 At preschool each week, I am struck over and over again by the absolute hilarity of the three and four year old set.  I could sit and listen to them talk for hours.  I find them amusing, adorable, and clever.  At home, my own almost 3 1/2 year old on the other hand, well, he bounces off the walls, talks fast and loud, and generally wears me out.  Yes, he’s hilarious and lots of fun but he is exhausting!  In fact, let me dig through my email quickly and find a couple of recent funny things he has said recently.  Sometimes I email them to my friend Eve who is amused by Silas’ antics, sometimes I just email myself!

-Yesterday after co op, I laid Silas in the (empty) church parking lot next to my van to quickly change his diaper.  He pointed to a nearby cigarette butt and said, “That was mine.  I used to smoke, but I quit.”

-He just fell down and hit his head.  I picked him up and held him for a few minutes.  When he finished crying he told me, “That bonk on the head made me good now.”  As in good boy vs. bad boy.  I don’t buy it.

Anyway, child number six, he demands attention, and he gets it.  I try to work things so that the good attention outweighs the bad.  It isn’t always easy.  Sometimes I have to make little sacrifices.  Such as…

Yesterday I had plans for an afternoon grocery shopping trip alone (the luxury!) Last minute, I decided to tack on a couple of fun stops and make the trip a date for Silas and me.  He’s been especially wild and crazy this week (this year), and I knew the one-on-one attention would do him good.  And really, when it’s just the two of us he’s a pretty fun date as long as I keep the outing under two hours or so.  Of course I didn’t, we were out for closer to four hours, and by the end he was throwing groceries out of the cart while I tried to remain positive.

Three is hard, but it’s good hard.  I just can’t let myself slip into a pattern of managing bad behavior.  It’s important to remember that even at three, Silas is an individual and if he’s a little wild and crazy, well then, I best find my way to help him get occupied in a positive way, rather than say yes to Starfall one more time….

Lots of outdoor play, stories, art, and the occasional date afternoon.  That’s my recipe for a happy three.