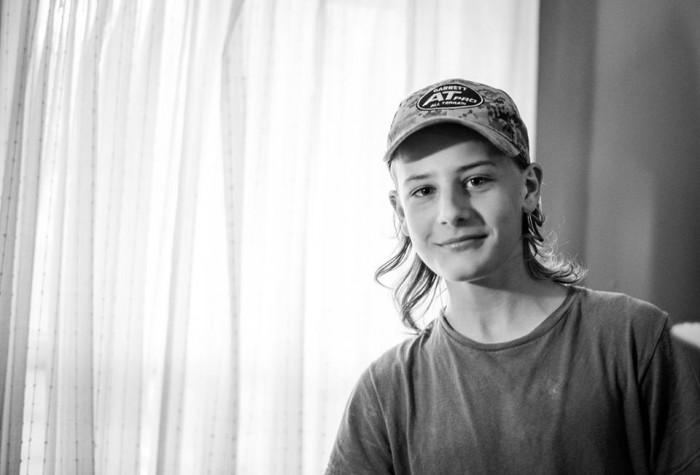 My oldest son, Seth, turned 14 one week ago today.  This year was the first that I really felt a shift in the way the day was celebrated.  We began with breakfast and a few gifts, and then he and Jonny spent the rest of the day playing golf.  I felt a little sad, not spending more of the day with Seth, but mostly I was happy knowing that he was doing exactly what he wanted.

My sister, Abby, recently mailed me an envelope full of letters that I wrote to her over the course of about six months in 2004, including one that I wrote on Seth’s fourth birthday.  I’ve been saving them for a quiet afternoon, without the faintest memory of what I wrote to her all those years ago.  Celebrating fourteen years of Seth’s life, and fourteen years of being a mother this past week seemed like a good time to revisit my letters.  As I read them, I felt a twinge of sadness as I remembered my days as a young mother with two little boys.  But mostly I was struck by how much I have changed.  As they have grown, so have I.

The first letter opened with, “My last week with the kids was terrible!”  (Seth and Keats were 3 1/2 and 15 months old at the time).  I went on to write, “It’s so hard for me because I am so sensitive and I wonder why he (Seth) isn’t like me.  Maybe I am not sensitive enough towards him.  Jonny is always asking me to try and use a nicer tone of voice with Seth.  I am like a kid myself that can’t get her act together.  I was thinking about making a chart for both Seth and myself.  You know, where you earn stickers for good behavior.”

“Part of my problem is growing up with very little exposure to little boys.  It’s like living in a foreign country and not knowing the language!  I’m always wondering if this can possibly be normal?”

I find this so funny now, three boys later.  Yep, it’s pretty much all normal.  I hardly bat an eyelash anymore and I think I do a good job of using my “nice voice” most of the time.  It takes a lot to really upset me.

Abby must have mentioned wanting six kids in one of her letters to me because one of mine to her opened with this sentence, “6 kids!  I am thinking four, max five.”  A few months later I wrote, “I think two is a good number.”  Must have been a hard week.

While I did a lot of worrying and complaining about the difficulties of young motherhood, I gave my little sister helpful advice here and there.  Here’s a gem regarding keeping your priorities straight:  “1.  God   2.  Husband  3.  Kids.”  I went on to confess, “I typically have that in reverse.”

Shorty after Seth’s fourth birthday I wrote mid-letter, “Seth is talking to me and just won’t stop!  Aaaaaah!”  I complained that I couldn’t think to write with all his talking.  I went on to discuss the complexities of co-sleeping and to advise Abby never to get a dog that sheds.  In that same letter I mentioned my first serious knitting project:  bean bags.  And, most precious to me now, all these many years later, I wrote that Seth was still talking, “Mommy, are you just about done?”  Oh, Seth:  my big, deep-voiced, fourteen year old boy.  How I wish I could hear your sweet little voice now, chattering away, asking when I would turn my attention back to you.  What I would give to go back and be better, to listen harder, to surrender more fully to being a mother, your mother.  But you were the first, and I didn’t know then what I know now.

Of course there is a balance and it isn’t possible to devote every second of my time to my children, though when they are growing up so quickly, I can’t help but wonder what I might have done differently.  But there is always the present, and it’s best to focus on today.  I’ve gotten much better at listening, and he still has a lot to say. 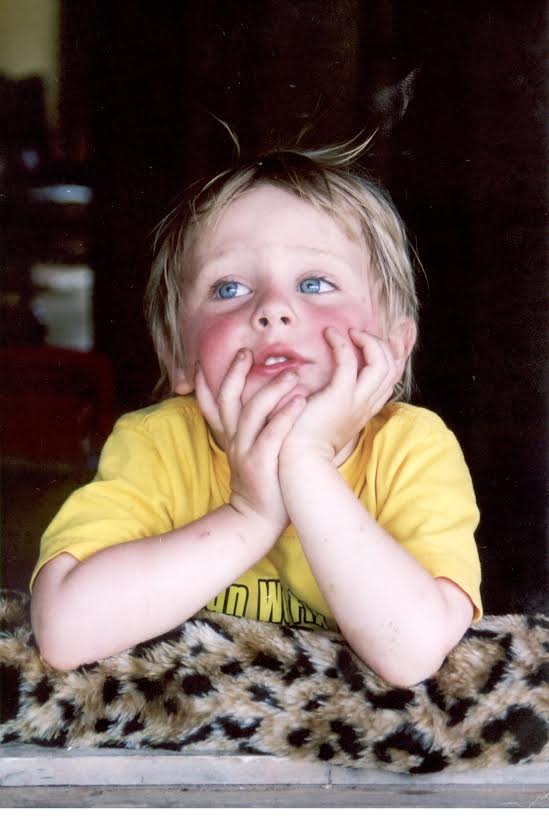