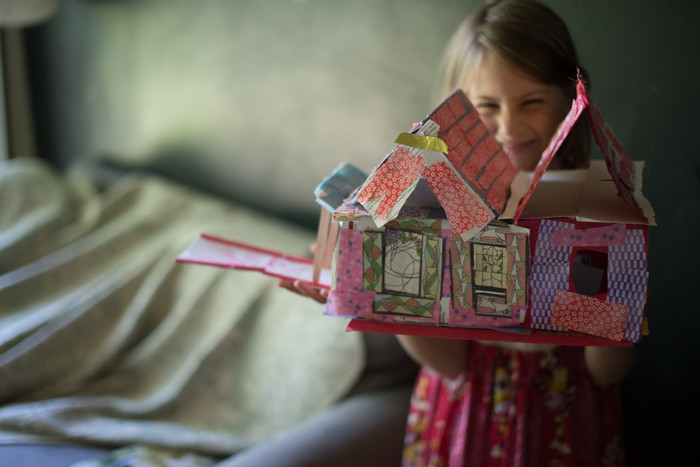 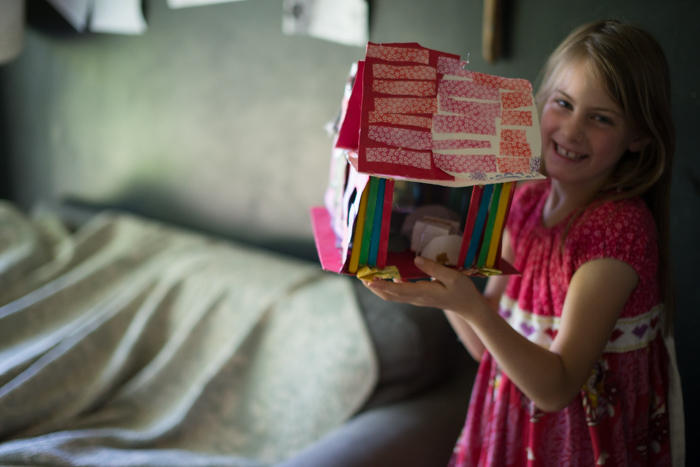 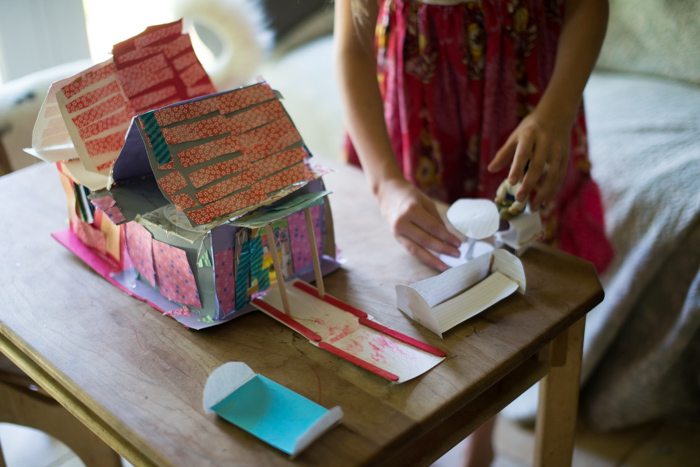 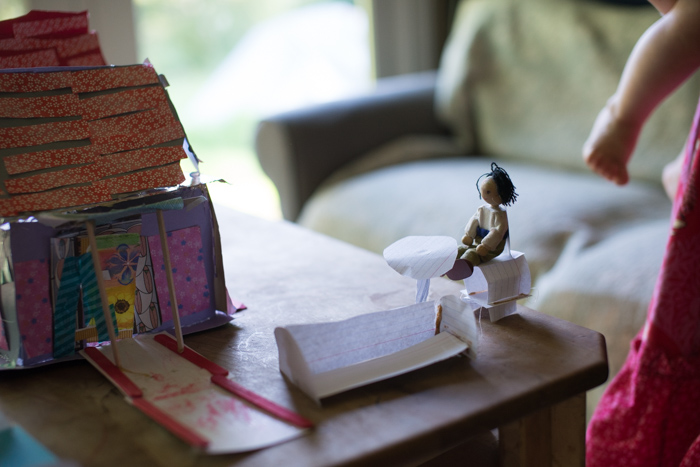 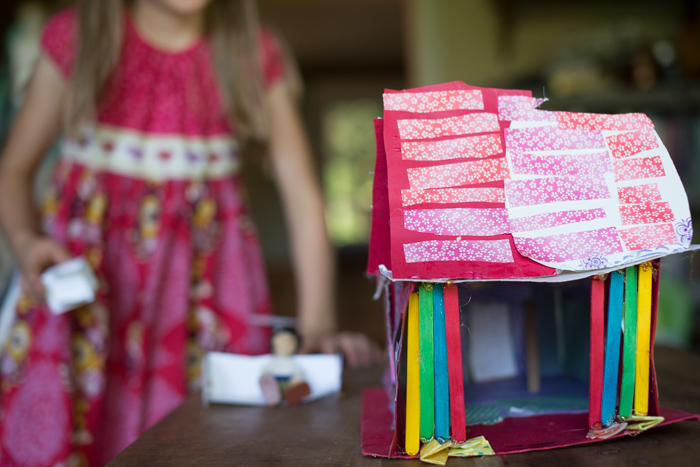 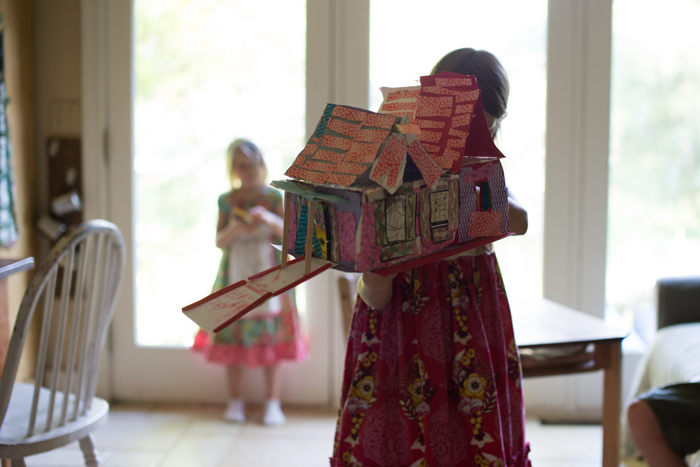 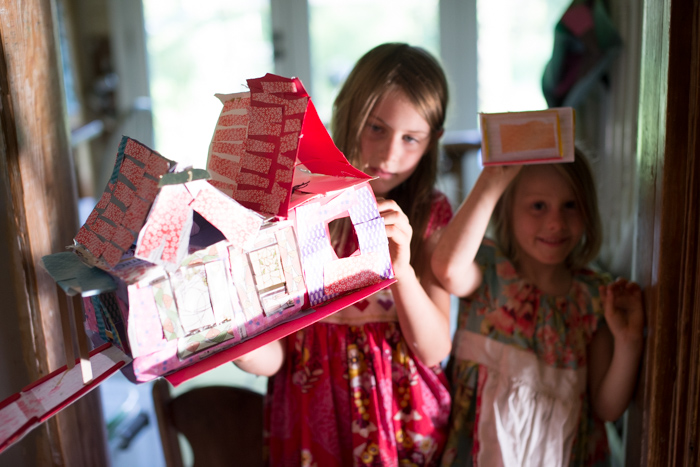 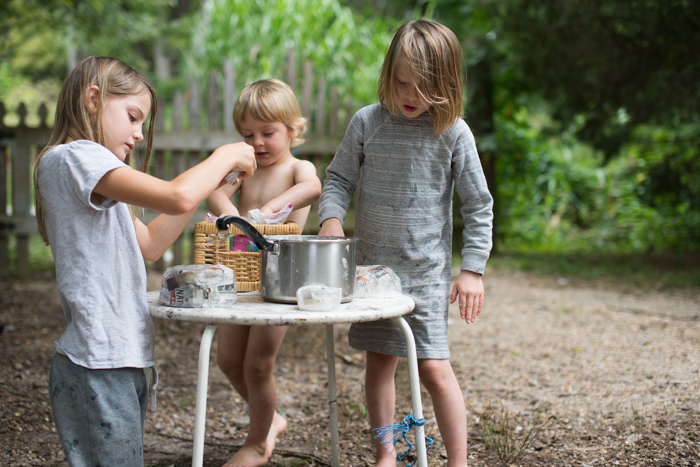 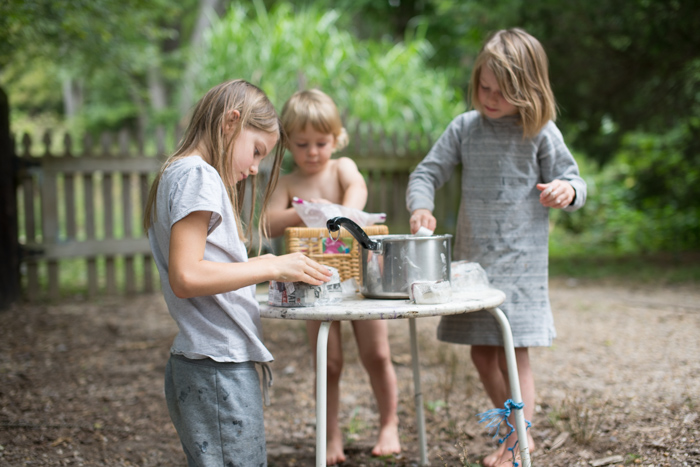 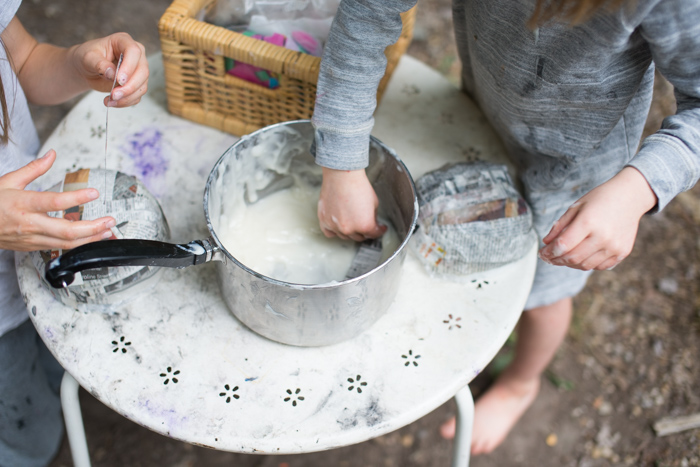 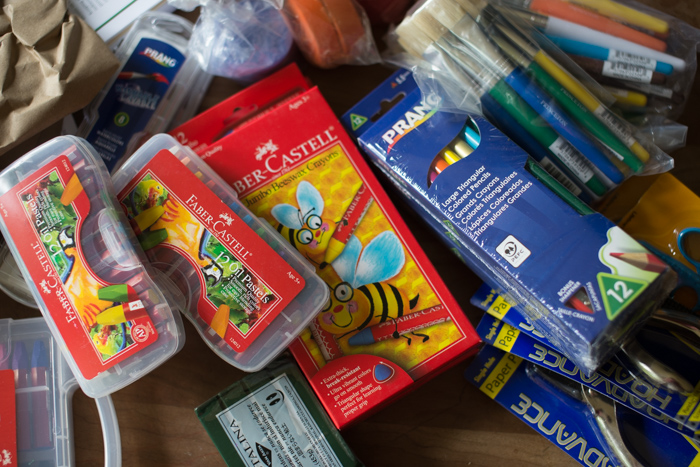 Last week, Larkspur was inspired by a book of stained glass designs

.  She set out to make a house that she could use cut-outs of some of those designs in.  She worked on her house over a course of several days, and her plans and visions clearly evolved as she went, because in the end she hardly used any of those stained glass cut outs.  She did use a lot of paper and hot glue, cardboard and popsicle sticks.  Then came furniture crafted from notecards.  After finishing it, she demonstrated to me how all the furniture fits in the house.  Since then, the house has been sitting on the back of the piano, largely untouched, a reminder to me that much of the joy of creating comes from the process itself, not the finished object.

Later in the week, it was paper mache (Calvin’s bowls from Handmade Home

).  Larkspur’s bowl, once dry, joined her house on the back of the piano.  Beatrix’s is still wet because she laid the paste on so thickly, and who knows what happened to Silas’.  Neither one truly cares, they really just wanted to dip strips of paper in paste and stick them to something.

As I began making my preschool plans for the little class I will teach at the homeschooling co op, I found myself planning crafts.  I was starting to get a little stressed about the whole thing.  I don’t like planning crafts.  Then it occurred to me that I don’t need to!  Instead, I got a little too excited on the Dick Blick website, and ordered a bunch of art supplies.  We’re going to do art!  Free spirited and creative, art!  This is way more my thing, to focus on the process with my little preschool rather than working toward specific finished objects each week.

My friend Lori (who is very artsy!) is going to be helping me.  She and I bought aprons to wear during class on a trip to Ikea last week (along with more preschool stuff!) so now we’re ready to go.  I almost put mine back, noting that, patterned with bold horizontal stripes, it would make me look like a giant ice cream bar. Lori said, “Yeah, but the kids will totally like that.”  So I threw it back in the cart.  I do like ice cream.

I’ve got to make a couple more batches of play dough, but other than that, I think I’m just about ready for our first day, later this week.