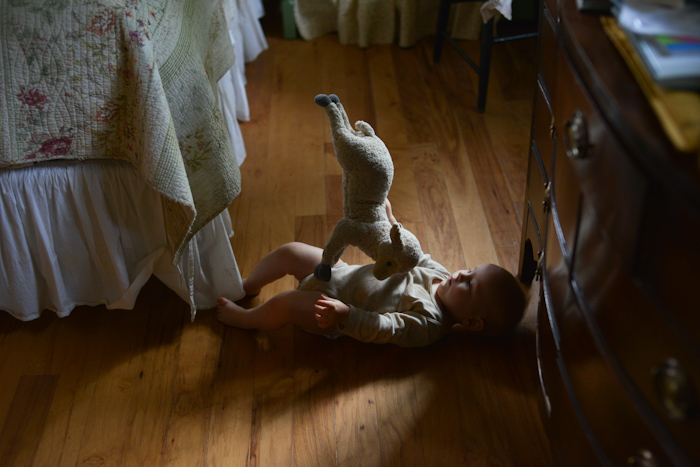 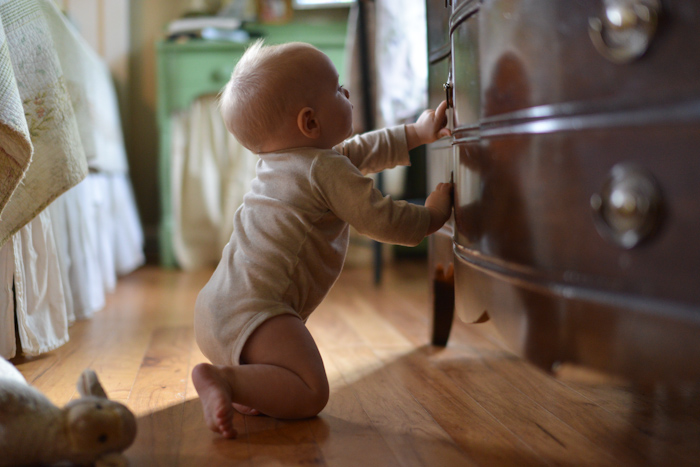 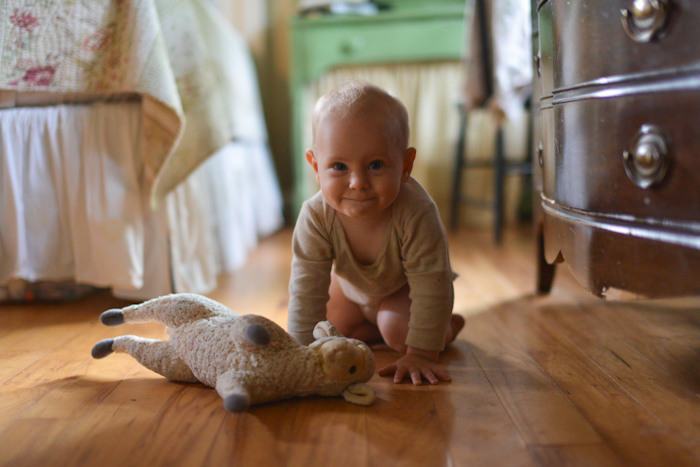 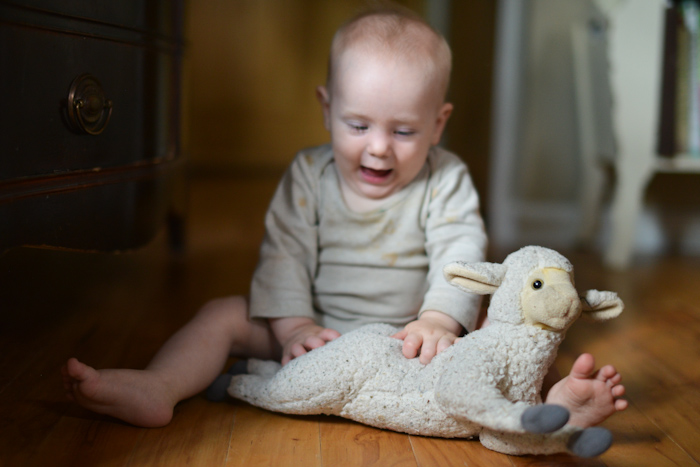 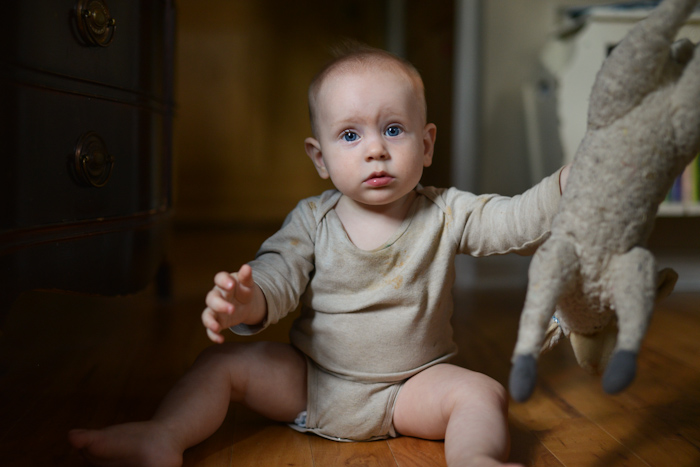 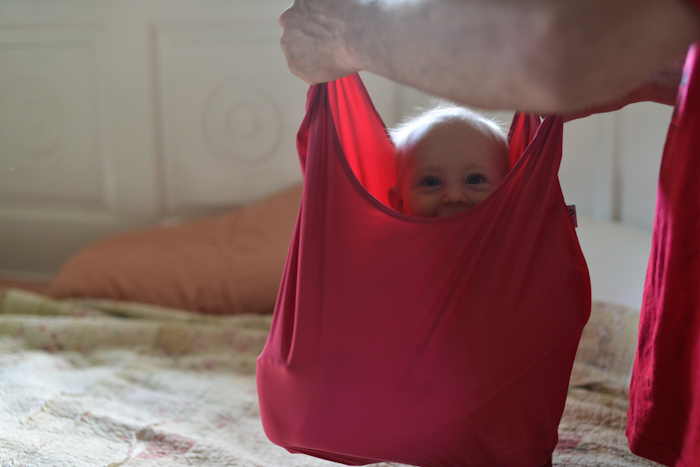 As of this week,  Job has two new teeth, he’s crawling, and he’s pulling himself to standing every chance he gets!

He has a signature very high pitched cry that he uses when he wants something.  He might be perfectly content, being held by Jonny.  I walk into the room, he notices me, and SQUEAL!

Originally, I said no to calling him Joby.  But that is what he is usually called, in addition to a funny combination of Job and Amadeus, Jobe-uh-deus.  Every now and then Jonny calls him by his first name, Sebastian.

He was born weighing 10 lbs 5oz, my biggest baby ever by almost two pounds.  While he’s a decent size now, rather tall maybe, he’s a little on the skinny side compared to my past baby boys.  So small, we can carry him in a grocery bag. 😉

I hear him fussing right now though.  He does a lot of fussing in the mornings if I’m not the one holding him.  I better go and get him!