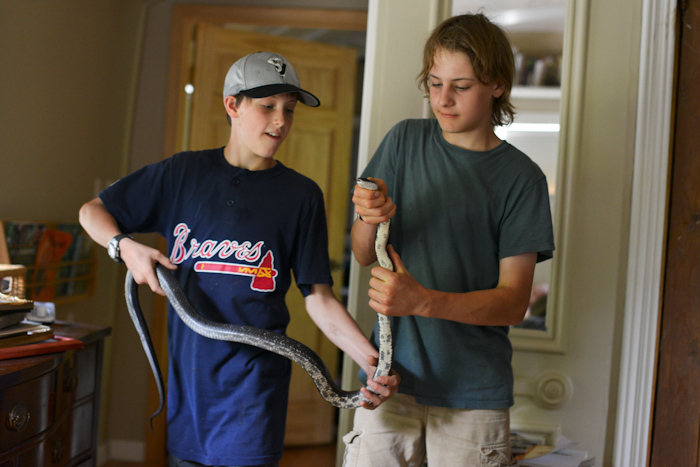 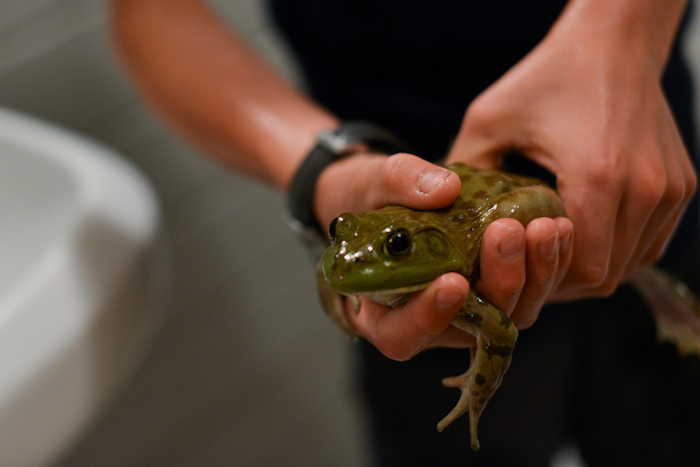 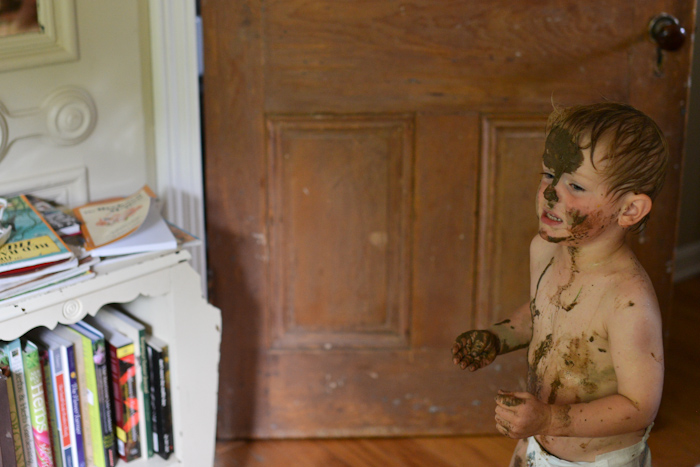 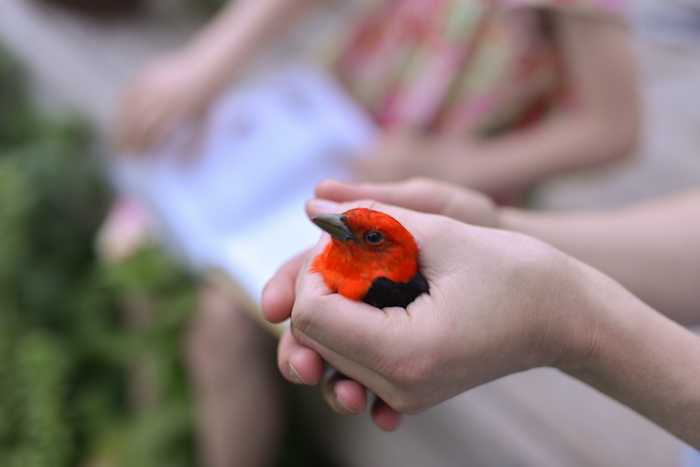 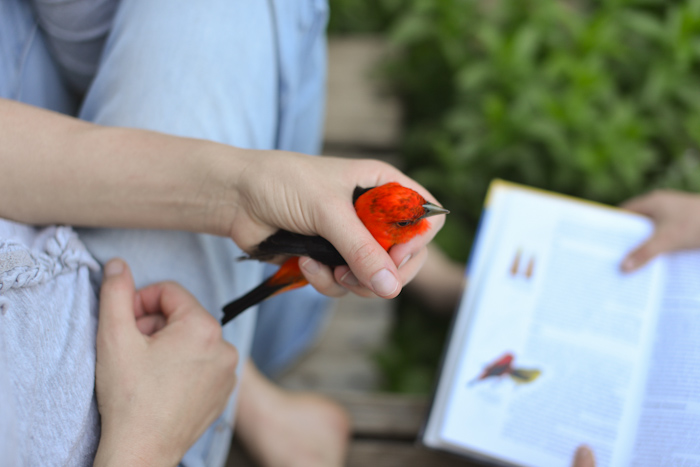 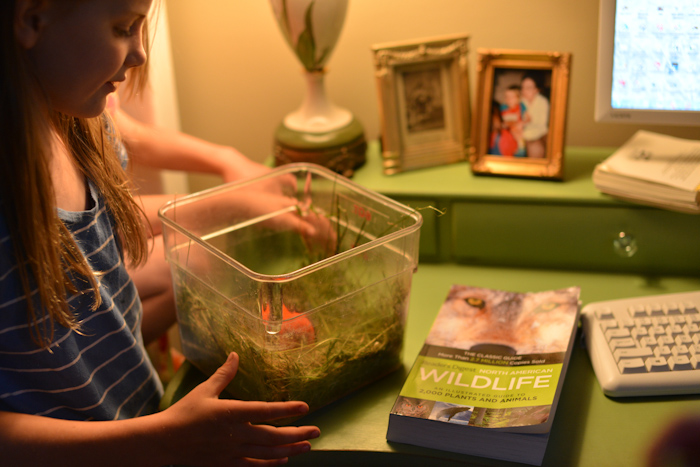 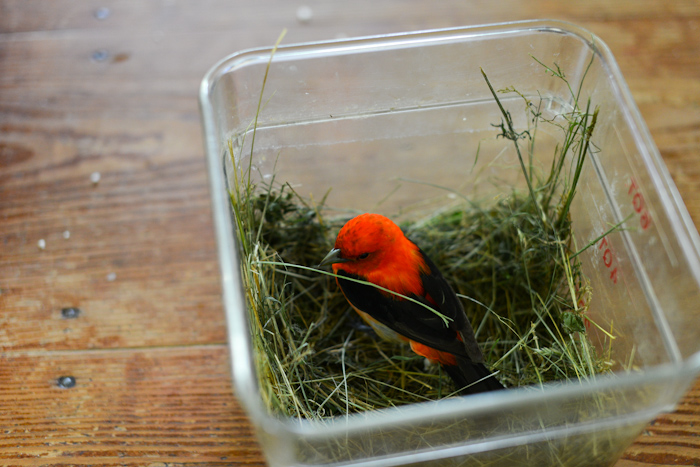 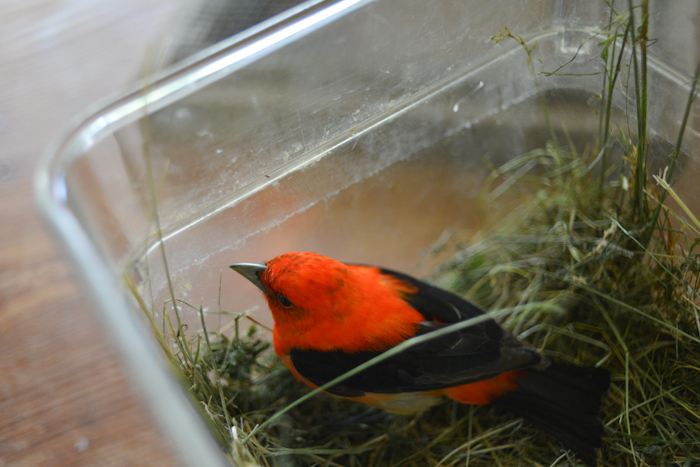 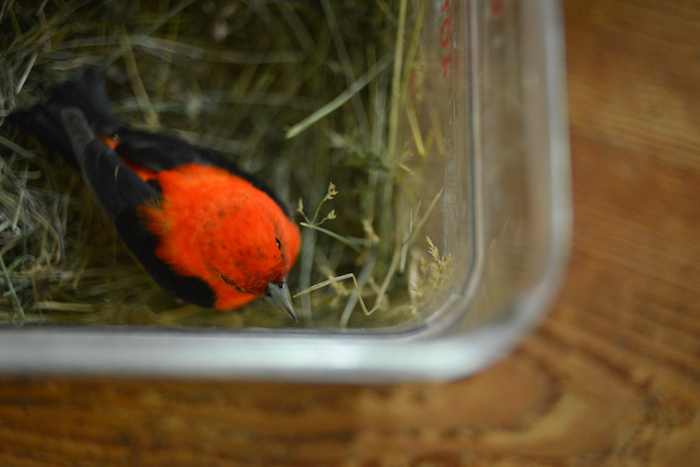 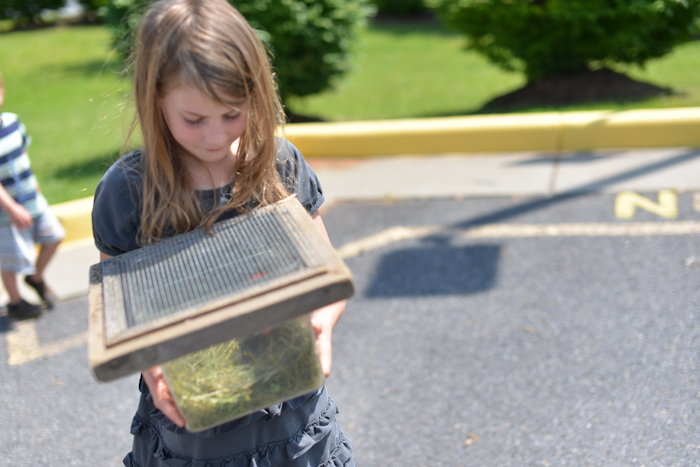 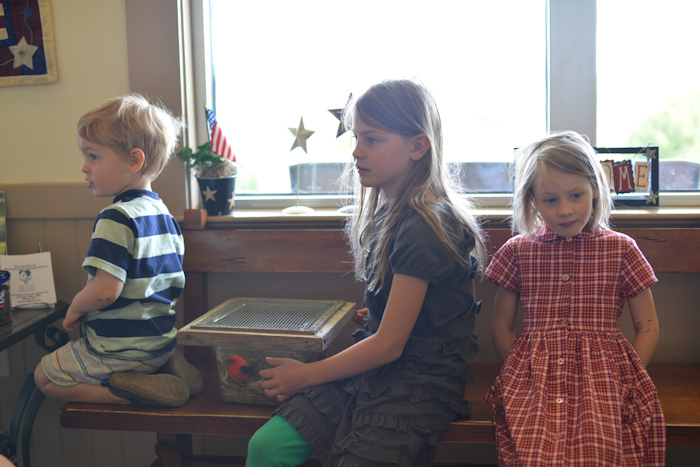 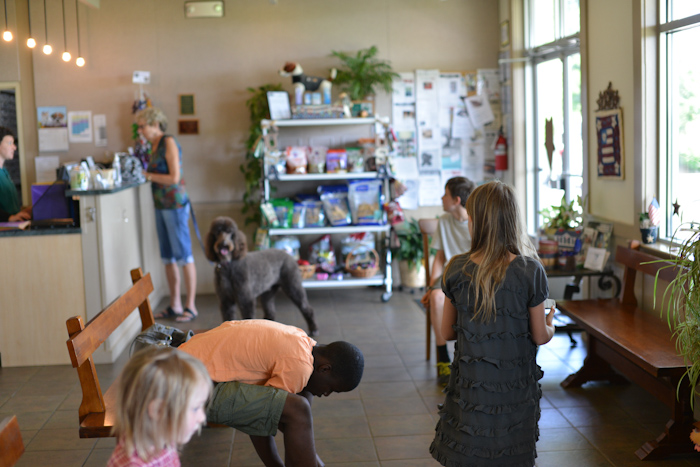 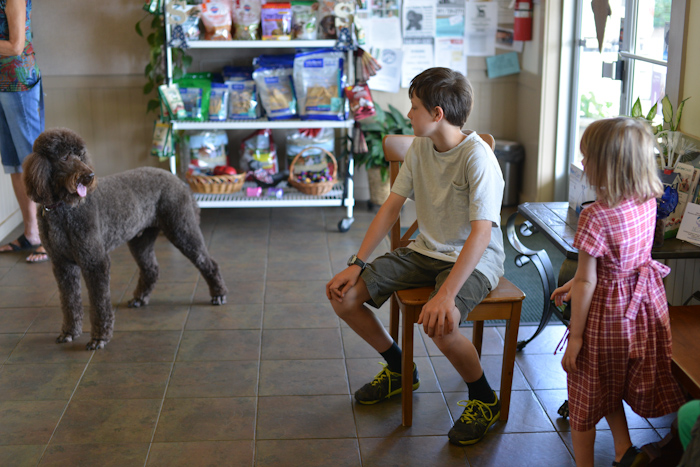 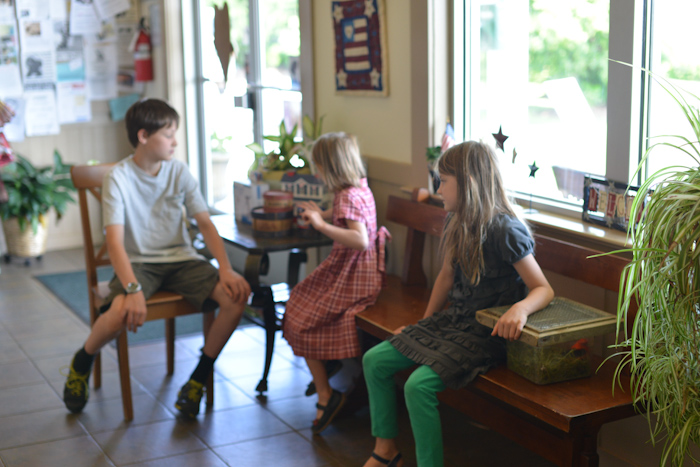 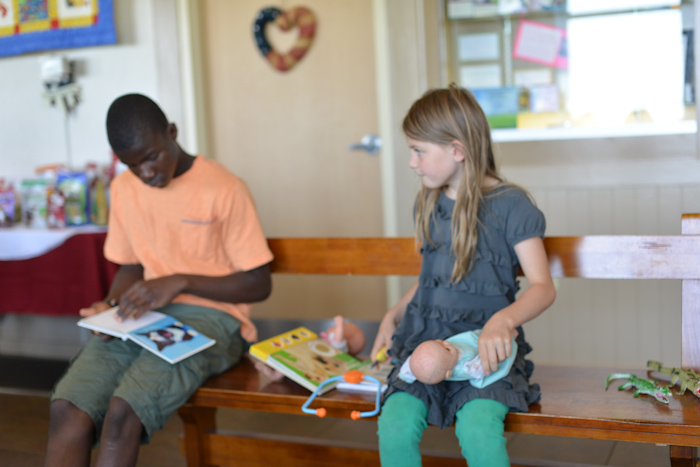 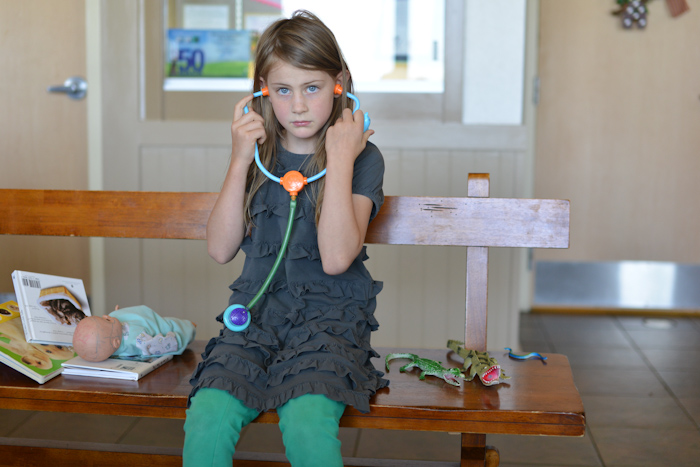 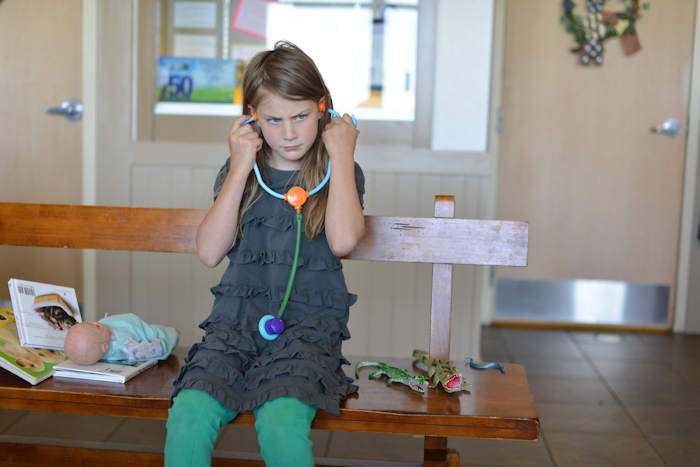 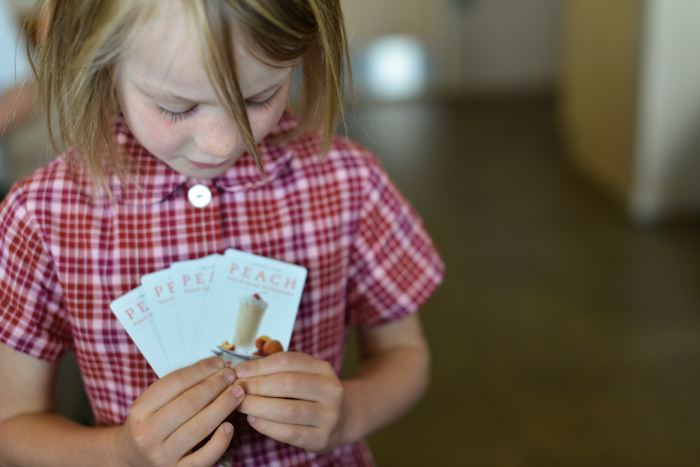 I was in my bedroom on the phone with a friend when I heard the kids shouting downstairs about “The biggest black rat snake we’ve ever caught!”  They’ve been known to bring these things right up the stairs into my room to show me if I’m not quick enough to get outside with my camera.  So when they started pounding up the stairs I shouted, “Don’t you bring that snake up here!”  I was met with groans, and I wasn’t ready to end my conversation so I told them to go ahead, and while my friend laughed on the other end, I snapped photos of their giant snake.  That night the kids poured into the house after baseball practice shouting about a “giant bullfrog!!!”  That one was also brought right into my bedroom, where it was set down on my bed and promptly hopped across it, ending up underneath.    We got some pictures, and I responded to the “Can we keep it” pleas with a “No, that poor frog was not meant to live in captivity.”  It was awfully cute, though.

The following evening, Larkspur spotted a bird in the road, apparently injured but still alive.  I carefully picked it up and brought it inside, instructing the girls to grab a field guide so we could identify it.  With those bright red feathers, it was easy to determine that we had a male Scarlet Tanager, a bird that is somewhat rare to see because they live high in the treetops.  He seemed stunned and unable to fly, so we set him up in a box and hoped he would live through the night.  The following morning, we were all happy to see that Mr. Scarlet seemed more alert.  We took him to the animal hospital in our area that treats injured wild birds.  He will be transferred to a wildlife rehabilitator and will hopefully be released in the future right back at our house.

We were in the vet’s waiting room, the six of us (Seth and Job stayed home), for quite some time chatting with others who arrived with their pets.  There was a Catholic priest with a yellow lab puppy, a couple with an adorable little terrier, a standard poodle named Napoleon, and a nice fellow with a labradoodle.  The man with the labradoodle turned out to be the owner of the Chick-fil-A around the corner.  He gave us a stack of free milkshake cards, and even called ahead and asked them to start making the shakes for us!  Obviously, it felt like our lucky day.

*I am frequently asked for field guide recommendations.  I have a hard time with that because we have so many, and own multiple guides on our favorite topics.  However, if we could only have one, it would be this one

.  It’s not by Peterson or Audubon, but actually Reader’s Digest!  We’re on our third copy because we use this one so much.

*I want a standard poodle, always have.  Napoleon really sealed it for me.

*Silas is the biggest “Wild Thing” of them all.  I don’t know what possesses him to come walking into my bedroom looking like that (wasn’t the first time).  Jonny was standing just outside of the frame and whisked him right into the bathtub.

*There were a lot more snake pictures, but I worry that I am going to freak people out with all the snake handling that goes on here. 🙂