What a weekend:  One baseball tournament, one boy with a birthday, 70+ cupcakes, a broken dishwasher, and, and… 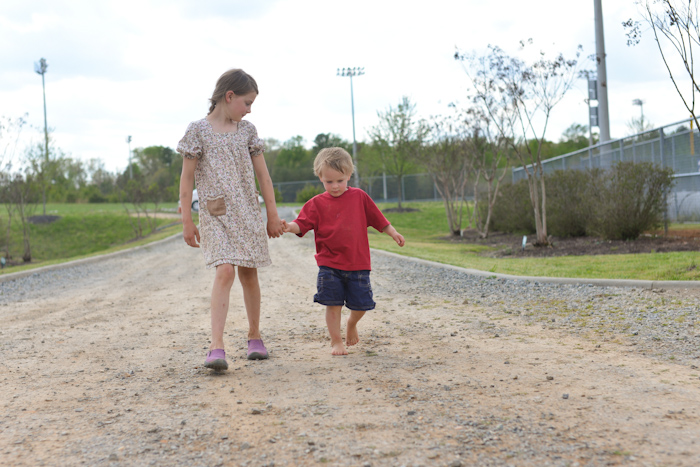 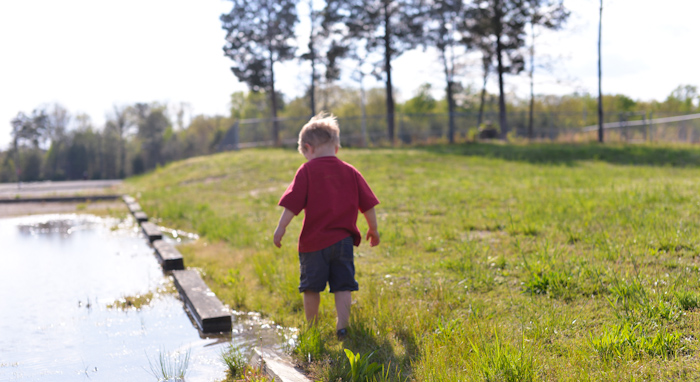 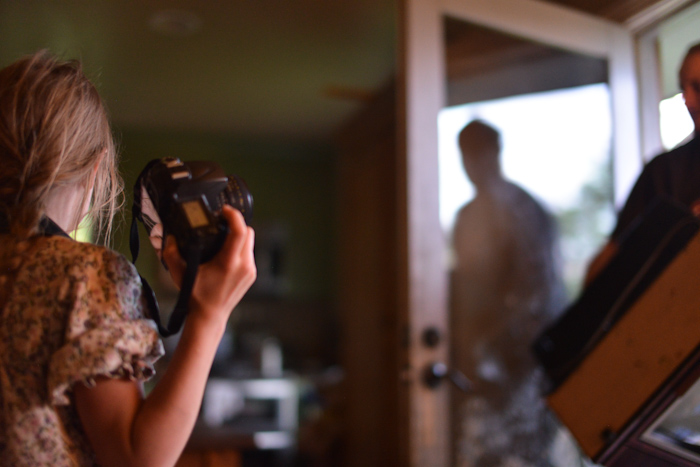 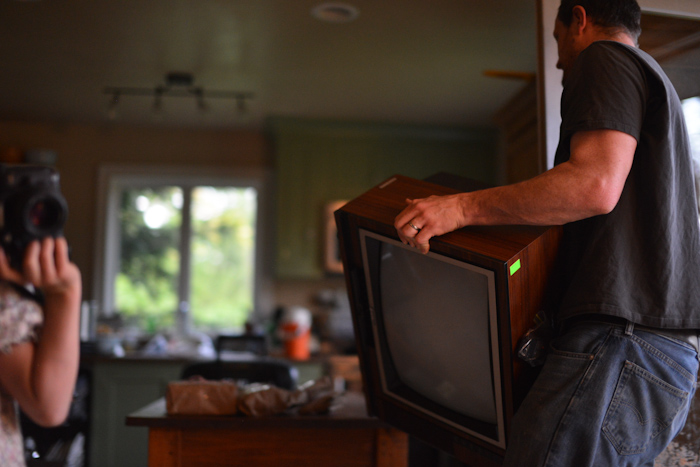 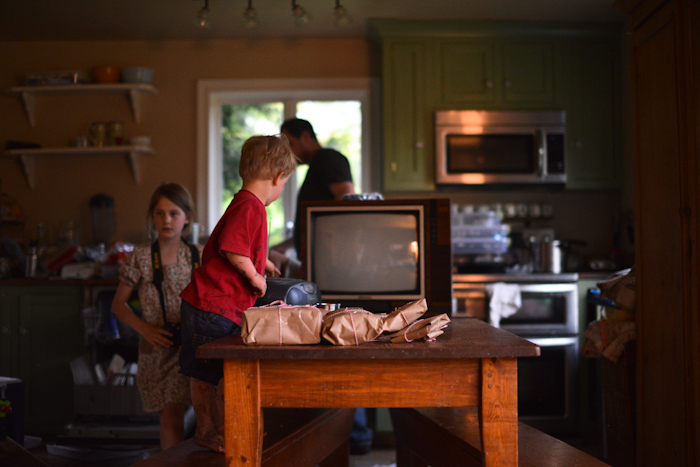 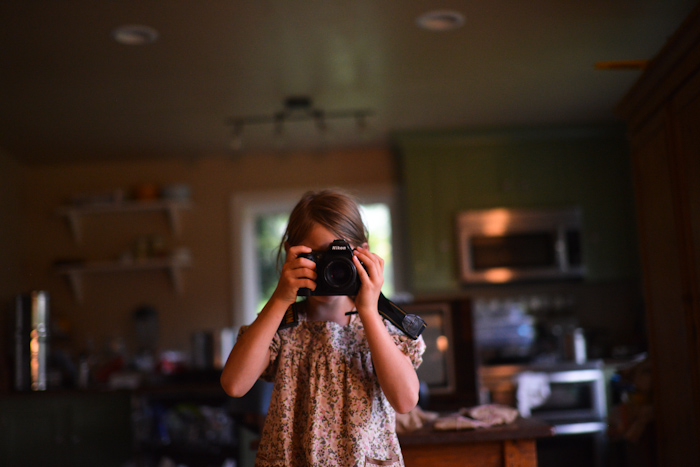 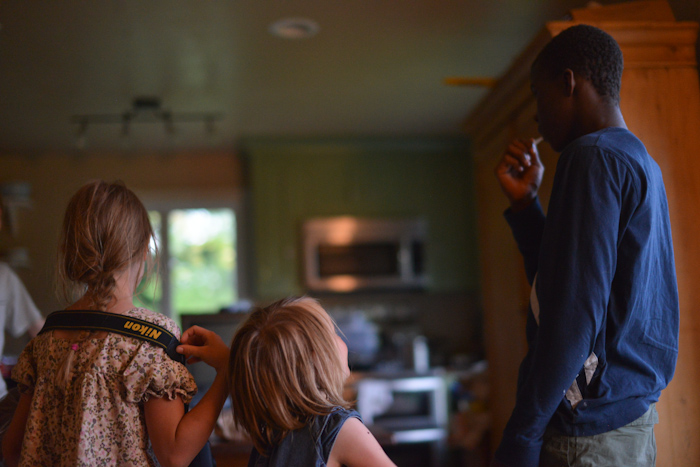 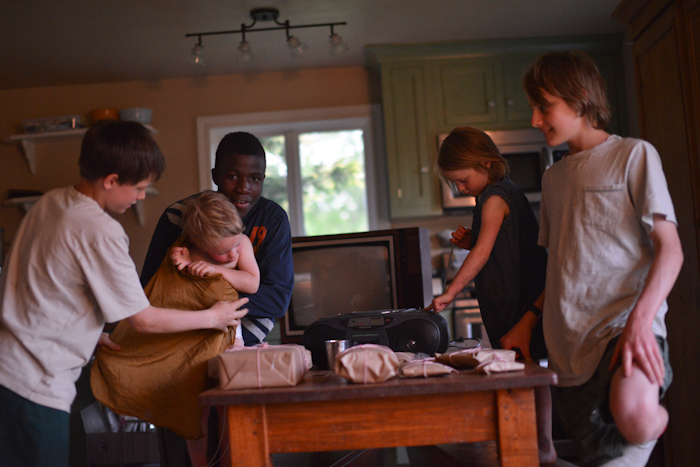 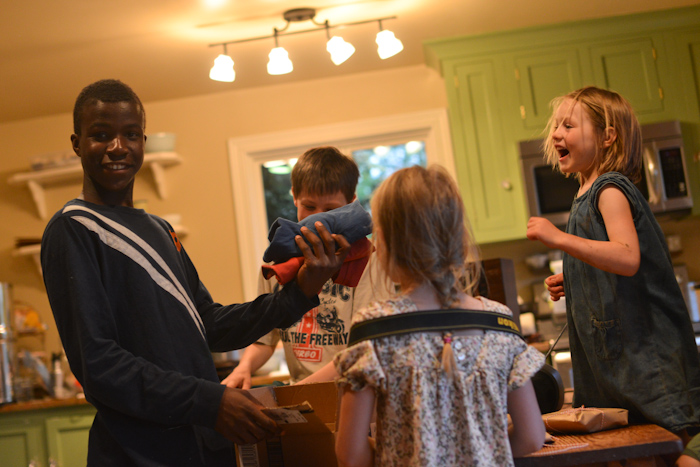 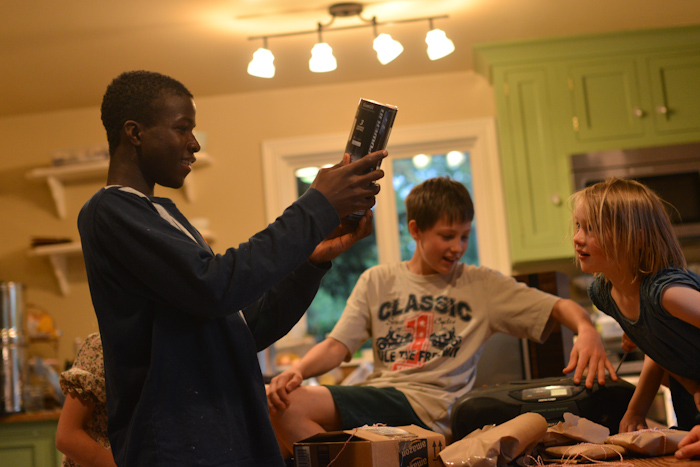 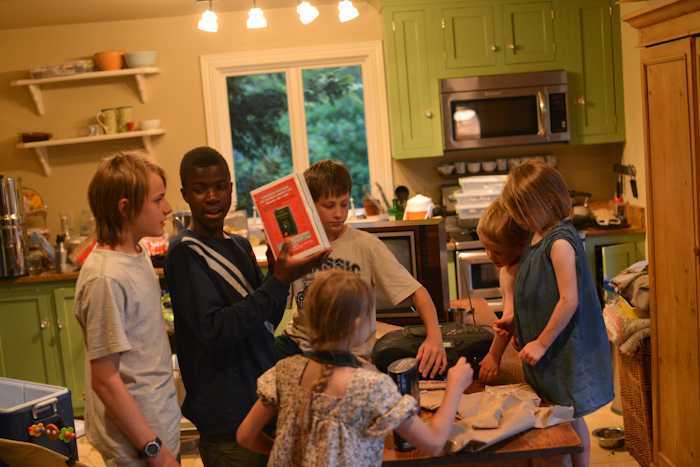 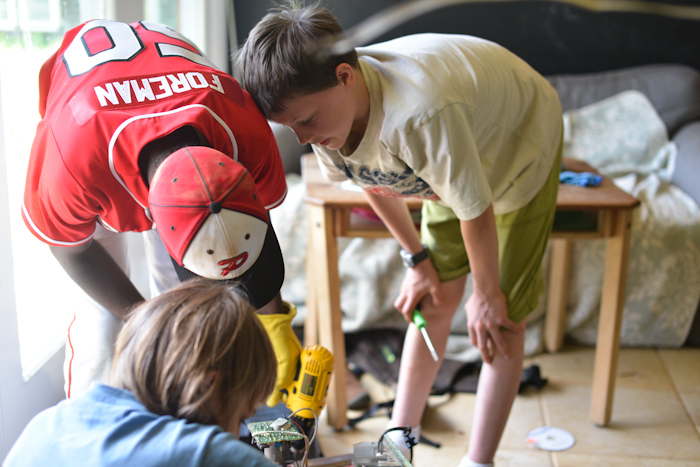 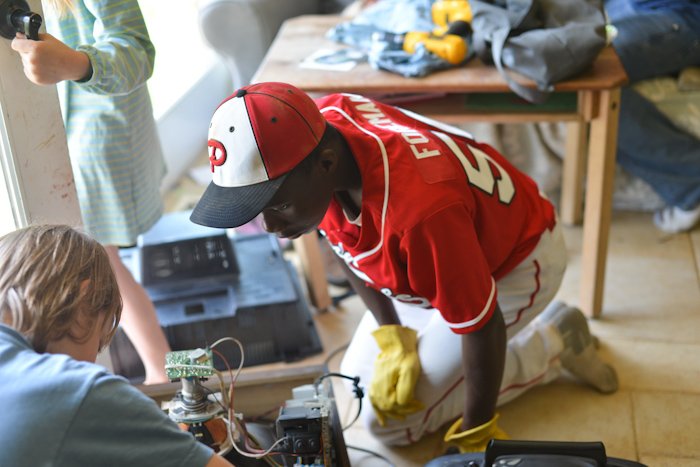 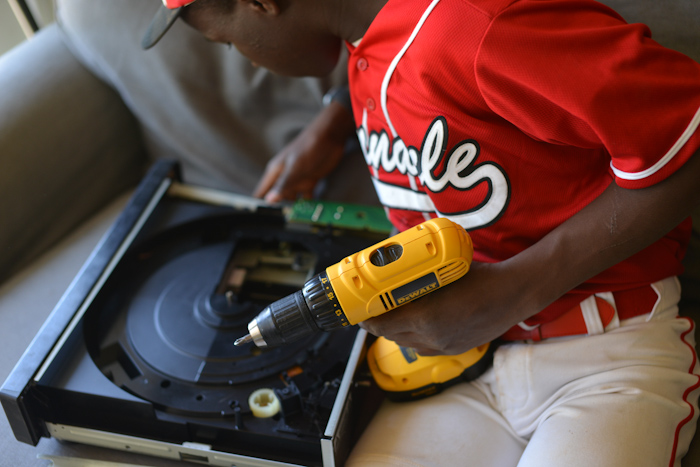 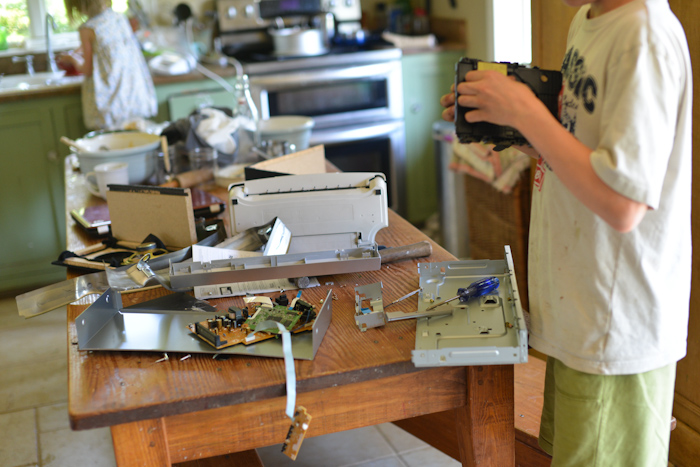 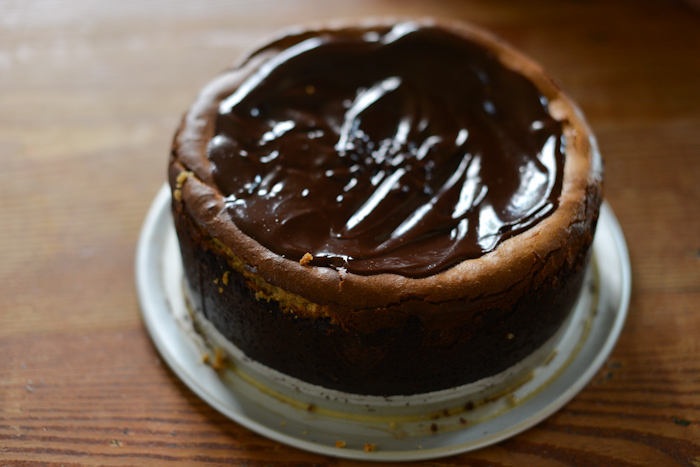 Gabe was really excited to have his birthday fall on a tournament day.  We planned from the moment the tournament was scheduled to take cupcakes for the team (and parents, coaches, siblings).  I made the batter the night before, but Gabe happily took over when it was time to start scooping and baking.  Three (or was it four?) ovenfulls.  He was protective of those cupcakes, concerned about them making it to the end of the day intact.  “Will they get mushy?” he asked.  “No, I’ve got a plan.”  I carried the cupcakes in plastic storage boxes, without frosting.  The frosting (all five sticks of butter worth) was carried in a giant bowl in the cooler.  Halfway through the last game of the day, I ran to the van and started frosting.   I made it back just as the game ended and did my best to guard the cupcakes from Silas until I could hand them over to Gabe.  I knew he would want to be the one to pass them around. I didn’t want to embarrass him with my camera but I do wish you could have seen him smile as his team and all the families gathered around to sing to him.  Thankfully, he didn’t notice the tears running down my cheeks as they sang.

What’s funny is that earlier, during the game, one of the moms told me that Beatrix said to her that it was Gabe’s birthday, but we weren’t celebrating.  I just laughed.  I guess that since we were deviating from the typical birthday spent at home, that translated to not celebrating.  In reality, we celebrated all weekend.  Gabe got all his requested meals, and no those cupcakes didn’t count as his birthday cake.  I made him a cheesecake as well.  We ate that on day two of celebrating.

I managed to sneak some photos in while he opened gifts.  He was too excited to care.  Over the past few months he has been planning for this day, and trying to decide what gift(s) he hoped to receive.  The older boys typically make it easy for me to please them by making specific requests.  About two weeks before his birthday, Gabe threw all his previous ideas out the window and asked me to just choose his gifts for him.  Pressure!!!  He mentioned wanting things to build with, but specified no Legos, or similar building toys.  But what he’s really been wanting for a couple of years is a remote control helicopter.  He didn’t even bother mentioning that this year as he knows that I am opposed to that sort of toy because (amongst other reasons) they break really easily.  I ended up making a run to Radio Shack though-just to see what they had that Gabe might like.  The remote control helicopters were right next to the door and there was a a really tiny cute one

.  I asked the man working what he knew about them all, and which he would suggest.  He recommended the tiny one above all the others they carry saying that they had played with them in the store quite a bit and that it was easy to control and a lot of fun indoors.  I purchased it along with an extra one year warranty so that when it breaks we can carry it in for a replacement.  (Yep, we’ll be taking advantage of that warranty this week.) I was nearly in tears by the time I got back in my car with the helicopter.  I knew that Gabe was going to be so surprised and super happy over that gift.

I also spent a day thrifting last weekend with Seth, looking for electronics for Gabe to dismantle because he really enjoys taking things apart.  Seth insisted I buy an old t.v. and we got a big boombox as well as a bunch of other old electronic-y things.  I got in trouble with Jonny for the t.v. though.  They have large capacitors (I have no idea what that even means-just repeating) inside that can electrocute (I think?) you.  Jonny had to help them to discharge the capacitor so that it would be safe, and he wasn’t happy about the whole thing.  And then the kids declared that there wasn’t anything worth having inside the t.v. anyway.  What they really love is anything with a motor in it.  Old disc changers, blenders, food processors, that sort of thing.  I also bought a few projects for Gabe to work on with the soldering iron the boys’ got for Christmas.  (This

and this, and this

. Jonny will help him with all of those.)  But the gift I insisted he open first, telling him it was his best gift,  was a couple of t-shirts.  He pulled them out of the box and just laughed, “Mommy!”  Anyway, I guess I should stop going on and on about presents, but it felt really good to get to pick everything out on my own, and then have Gabe so happy with all that I chose.  I just wanted him to have a happy birthday.  I’m pretty sure that he did.  And you know, as much as he liked his gifts, I’m pretty sure that the best part was celebrating with his team.  I’m so glad that things worked out so that could happen.