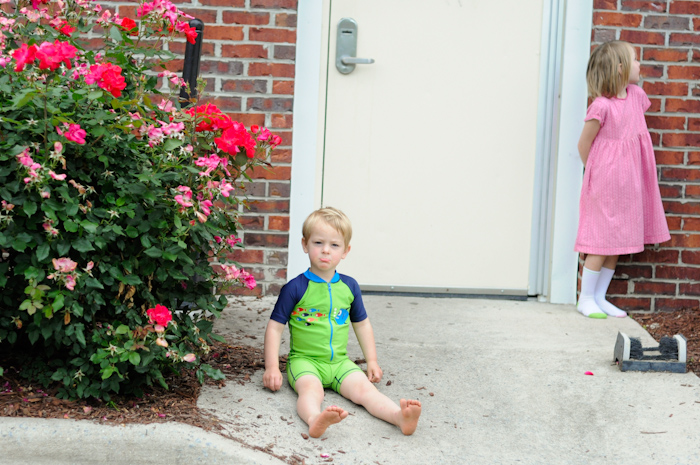 Not sure why Silas is pouty.  Lark took this picture.  I think he was ready to head into the hotel, but I was too busy dithering in the van.

This past week, I headed south to the annual Aurora Fossil Festival in North Carolina.  Ginny stayed at home with Job, but the rest of the crew came.  We had a pretty darn good time.  I love getting outdoors with the kids, and we all like searching for sharks’ teeth.  Although this was only our second year going, it is sure to be an annual trip for our family. 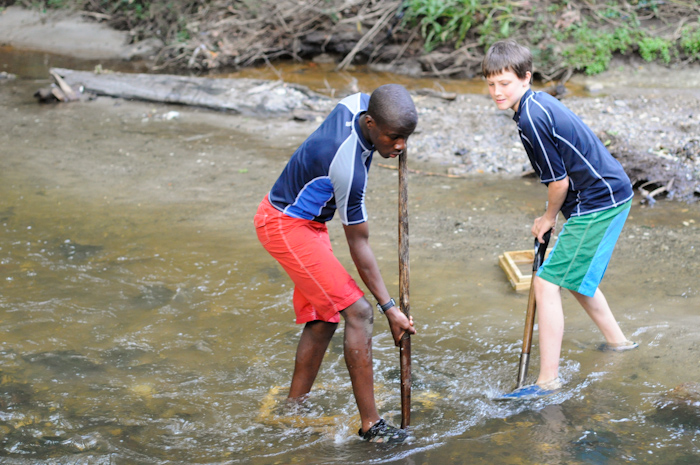 We arrived in Greenville on Wednesday afternoon.  After checking in, we headed over to Green Mill Run.  The “hot” light was on, so I had to stop.  “I’ll take one dozen doughnuts please…actually, make that two”.   When Ginny isn’t around to keep me in check, I have a hard time staying away from junk food.  I know its best to keep it local and organic.  But, Krispy Kreme doesn’t have that option, oh well.

We spent the rest of the day “fossilin” up and down the creek.  When it got too dark to see, we headed back to the hotel.  Because I have to feed these growing people, I found a Piggly Wiggly and stocked up on corn dogs, baked beans, peanut butter, jelly, popcorn, milk and pinto beans.  Again, not the best in the food department.  But, we were on vacation. 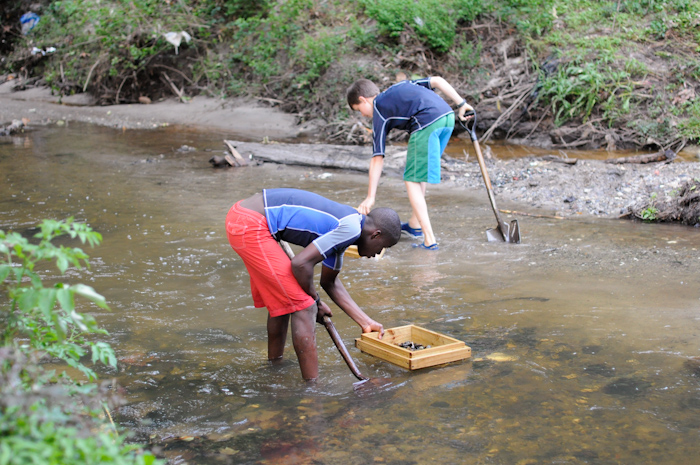 Thursday we woke up and headed to Aurora.  We visited the museum and searched in the fossil rich dirt brought in from a local mine.  After a respite that included Slush Puppies, we headed south and caught a ferry across Neuse River to walk the beach at Pine Cliff Recreation Area.  We found several small teeth, but the kids spent most of the time just playing in a creek that flowed into the river.  It was actually a nice little spot, with cypress trees and clean sand.   After everyone was good and wet, with only Silas having on a proper “bath suit”, we headed back toward Greenville the long way.  Driving through New Bern, we found a YMCA, and since we are members (well, through June 14th at least-making budget cuts), we headed in for an impromptu evening swim.  I think dinner this night was Taco Bell…I know I know… 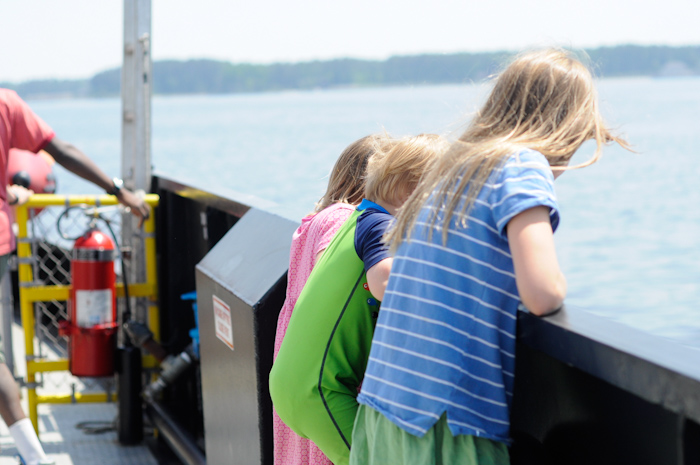 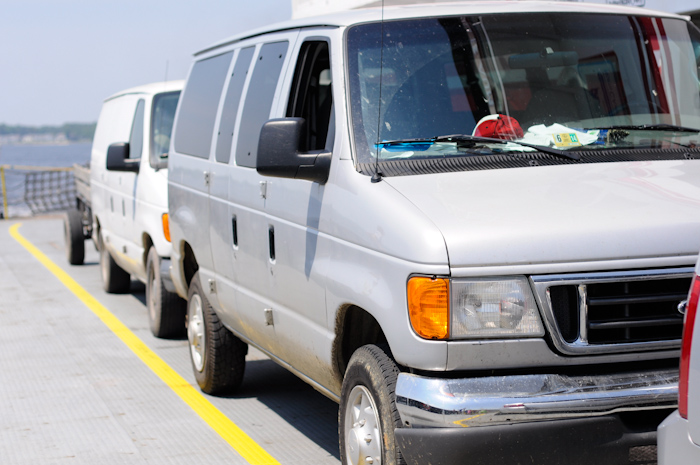 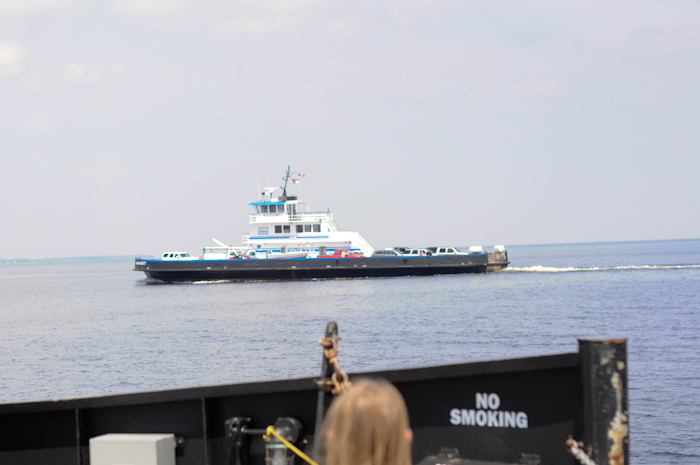 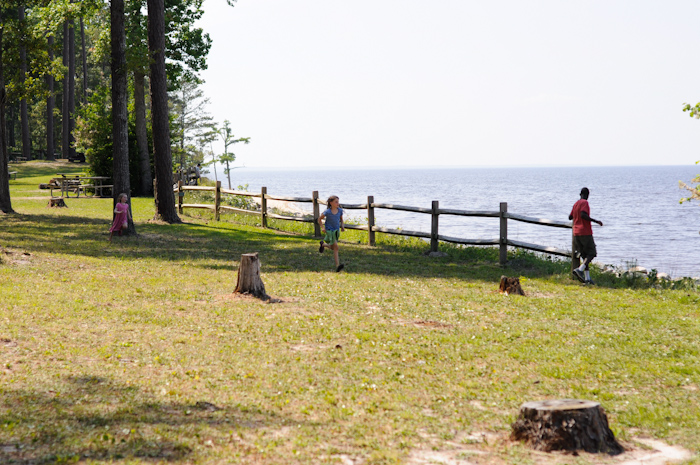 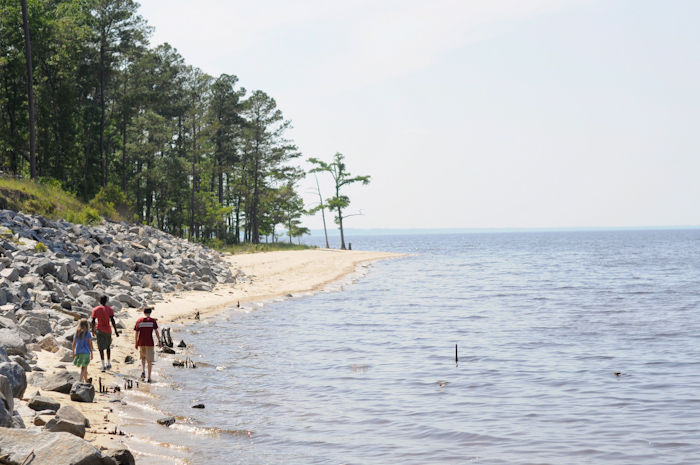 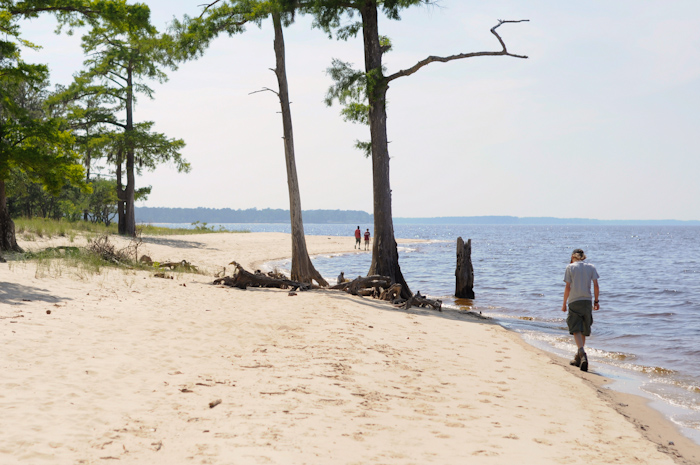 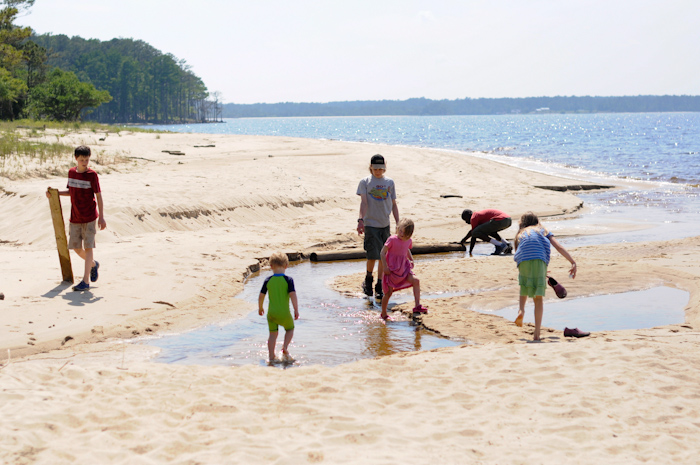 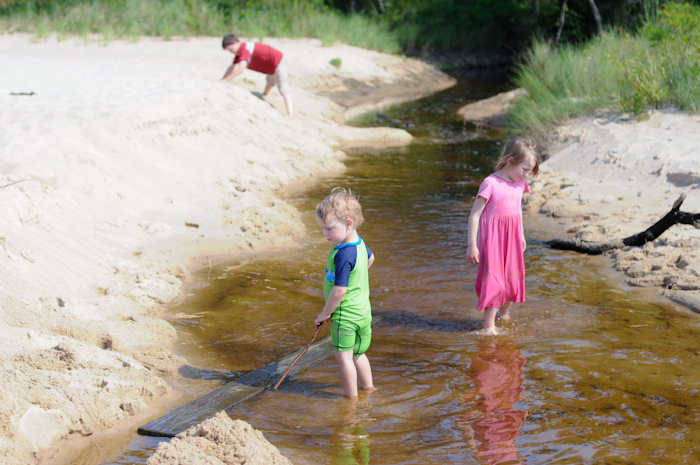 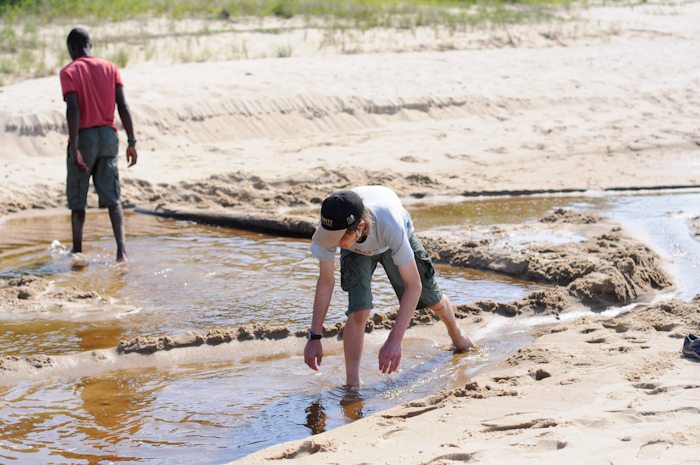 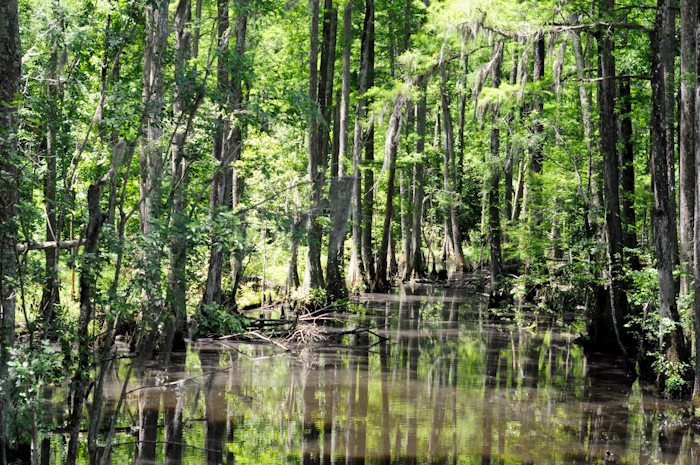 Friday morning found us back at Green Mill Run.  The hotel had a coffee pot, but I didn’t want to bother with that.  So, on the way, I stopped at yet another national fast food chain to purchase a McCoffee…Beatrix mentioned ice cream.   I told her “no way”, then promptly added 7 dip cones to my order.  After parking the van at the creek, a little boy came running up to Bea and Lark.  He politely introduced himself and asked them if they wanted to play.  His mother then came up and introduced herself, and mentioned that she knew everyone’s name because she was a reader of Ginny’s blog.  Small world; I love it.  We visited with her family for a while.  They had spent the morning in the creek, and her husband found this really cool old whiskey bottle.  Knowing that Seth would really like it, they gave it to him.  It made him very happy.  We then headed to the creek ourselves, and spent the afternoon fishing and finding more fossils.  When we got back to the van, I looked in the mirror.  To my horror (and slight amusement) I saw chocolate on my face in two places…just above my lip, and all over my cheek.  So, it seems that I made new friends while covered in chocolate…we spent the rest of the day back at Aurora digging through the spoils pile and fishing in the Pamlico River. 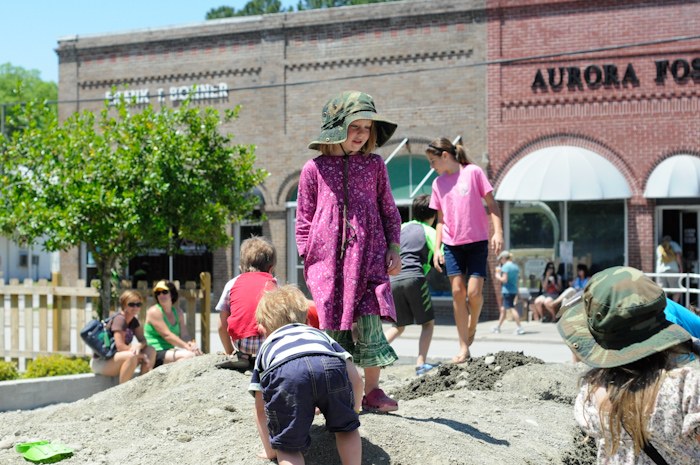 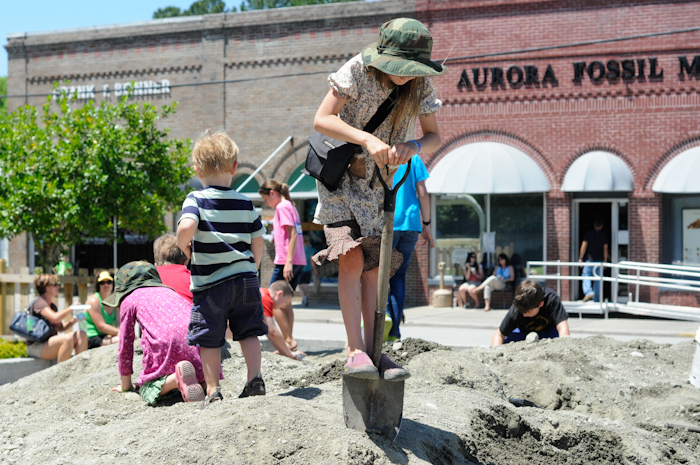 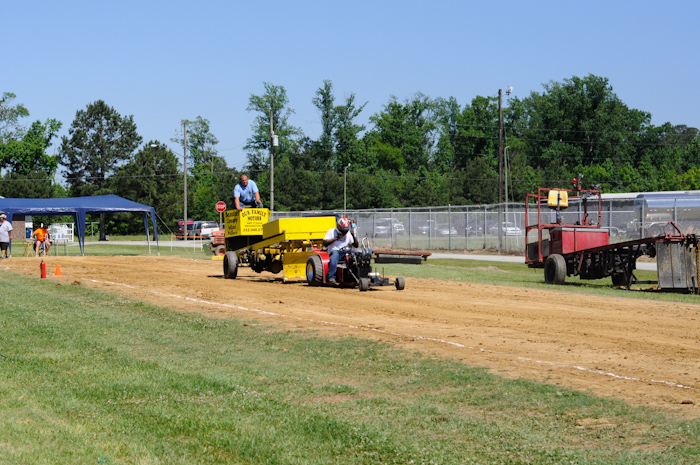 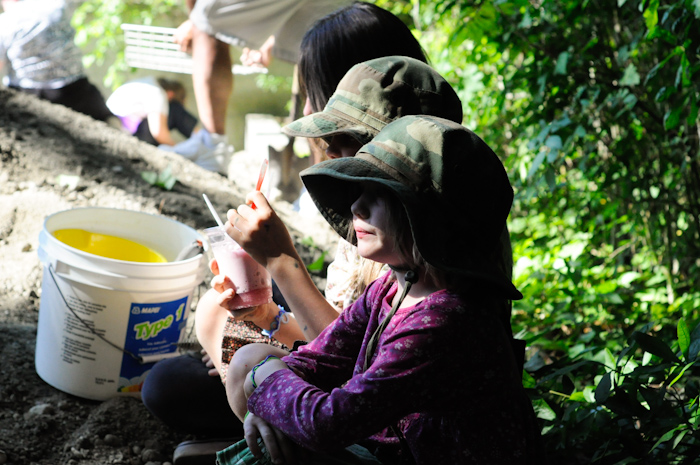 Saturday we returned to Aurora.  We fossil hunted some, watched some music being played, and cheered on some tractors.  Ice cream came before the fried pickles and hot dog/cheeseburger lunch.   Muscadine/blackberry slushies came next.   Right about now, poor Bea couldn’t handle it.  Her tummy started to hurt.  She was miserable; poor Bea.  It seems that the last onslaught of unhealthiness was too much for her.  Around 6pm we decided to head home to Virginia so Keats and Gabe could make their baseball tournament on Sunday.  About an hour into the tip, Bea erupted in the back seat.  I really should have seen this coming and have provided her with a bucket, but I didn’t.  I exited off the highway and parked next to a field of some sort of flowery crop to clean up the scene.  The kids all wandered around while I worked on the van.  Bea announced to me, “Daddy, these plants seem to be in the mint family because they have a square stem”.  Beats me, I really don’t know whose in whose family.  But, apparently Bea does because Ginny has agreed that they appear to be in the mint family.   Although, we still haven’t been able to figure out what this crop is.  There were thousands of acres of this planted throughout this part of NC.  Does anyone know what it is?  It looks like a giant catnip…

updated:  thanks to a reader tip off, we now know that this is Clary Sage!  And Bea was right–totally in the mint family 🙂 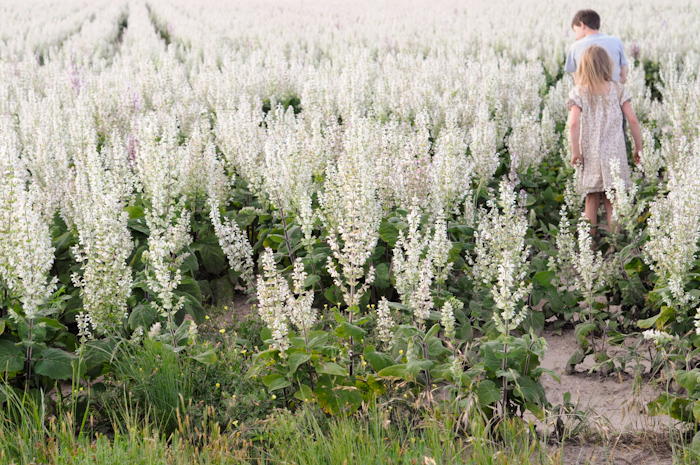 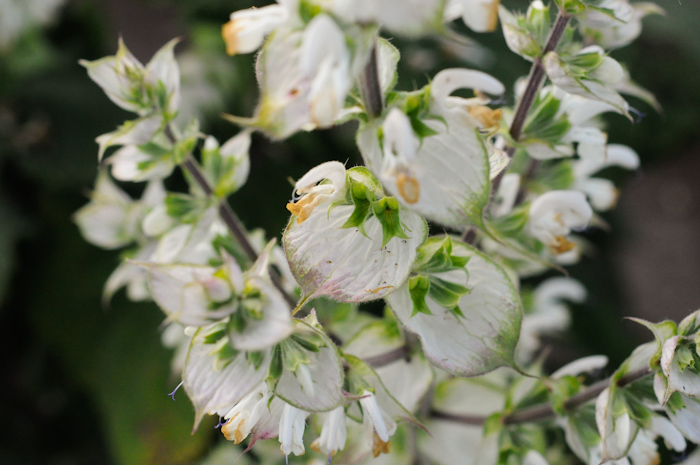 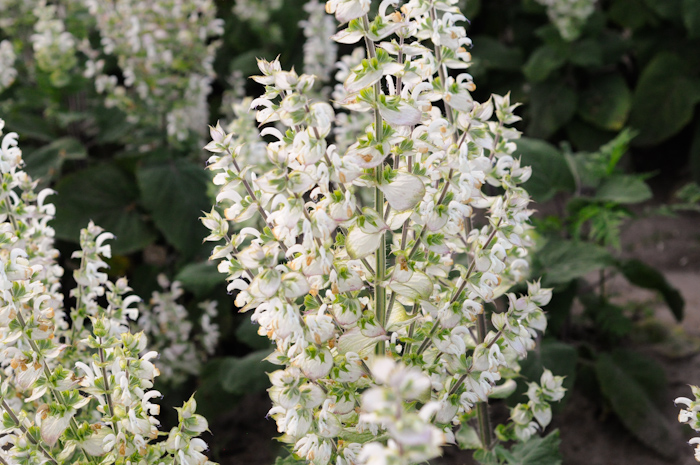 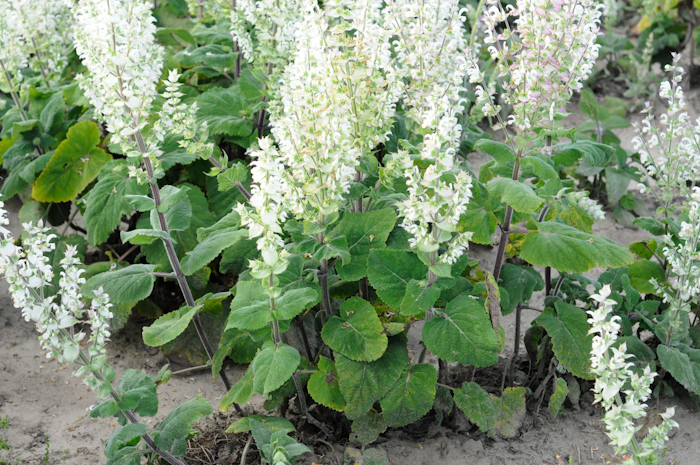 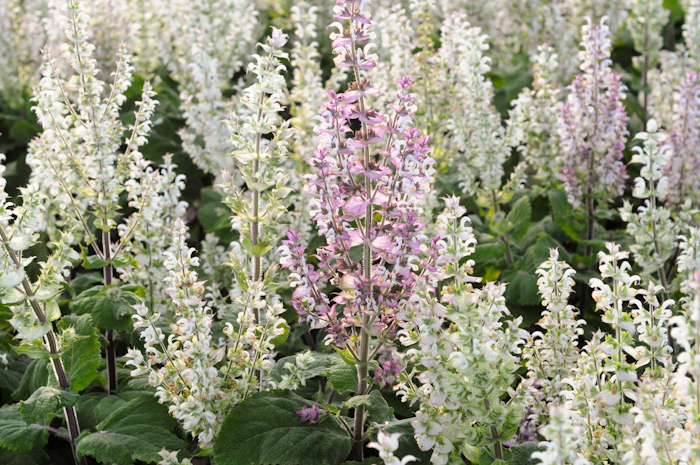 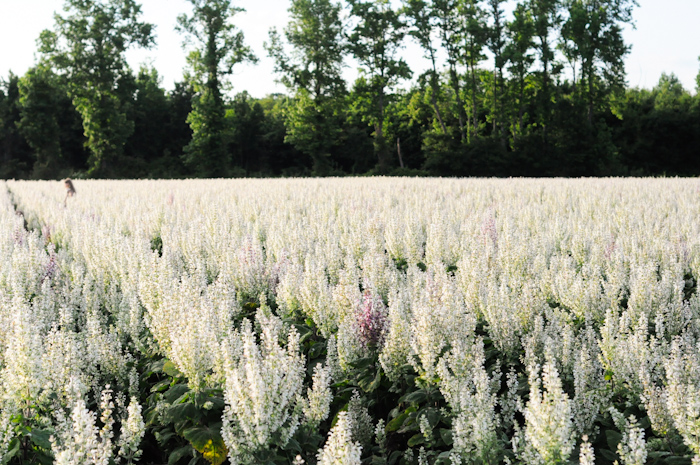 We all had a good time.  But, we are glad to be back.  When we were almost home, Seth said, “I’ll be glad to have some real food again”.  Figures.