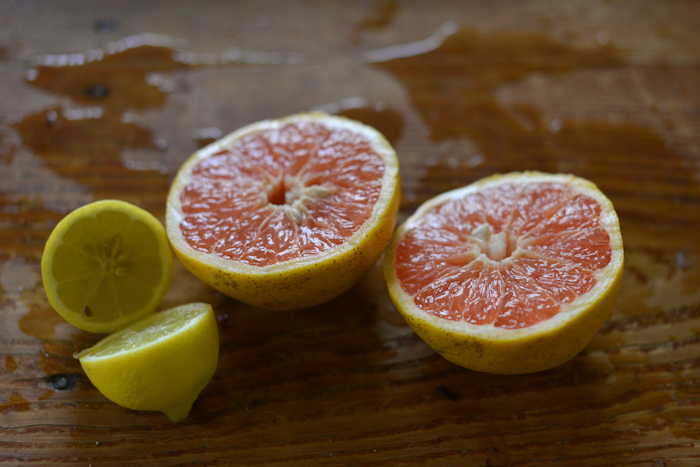 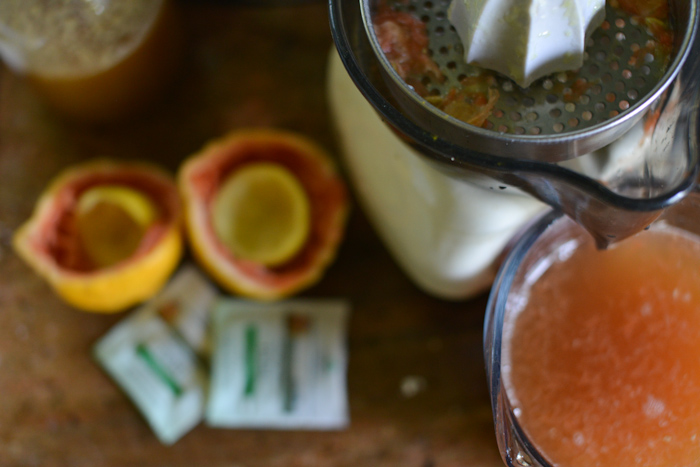 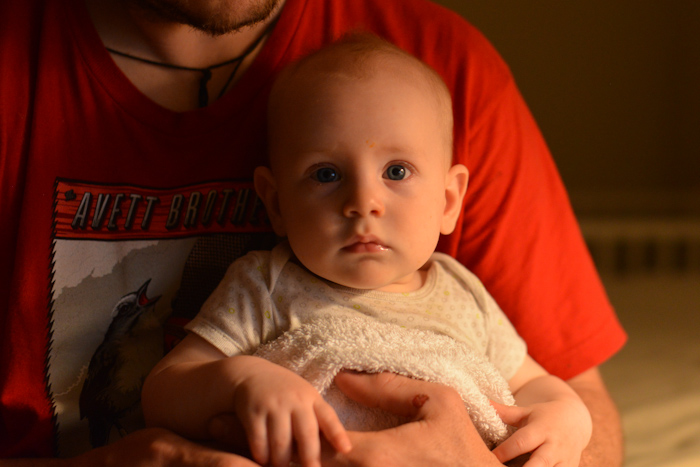 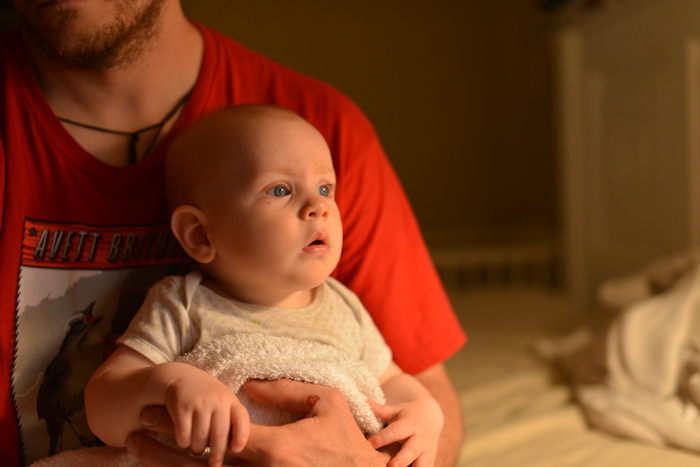 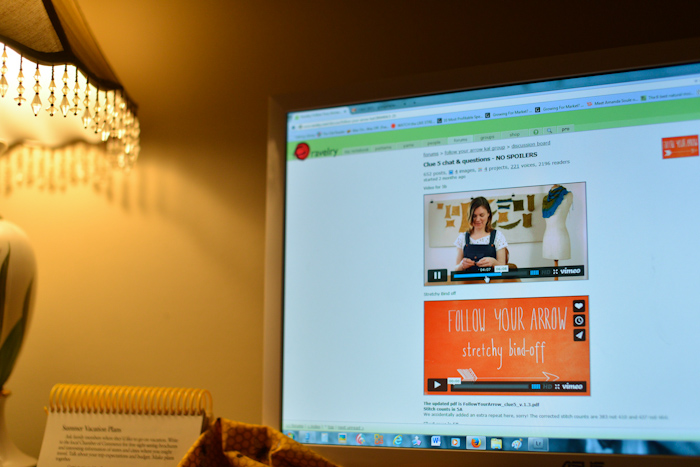 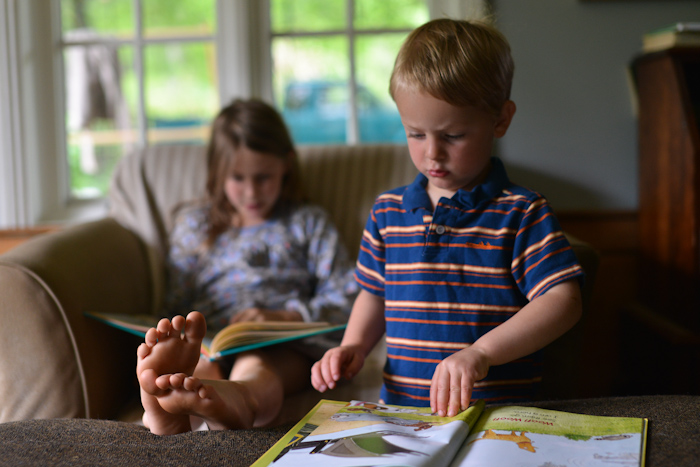 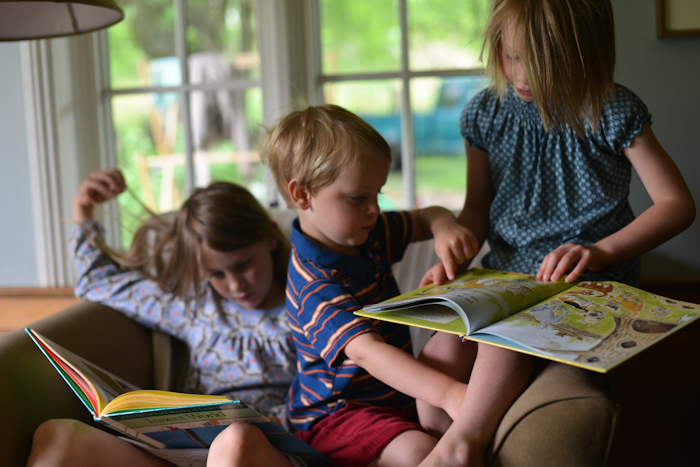 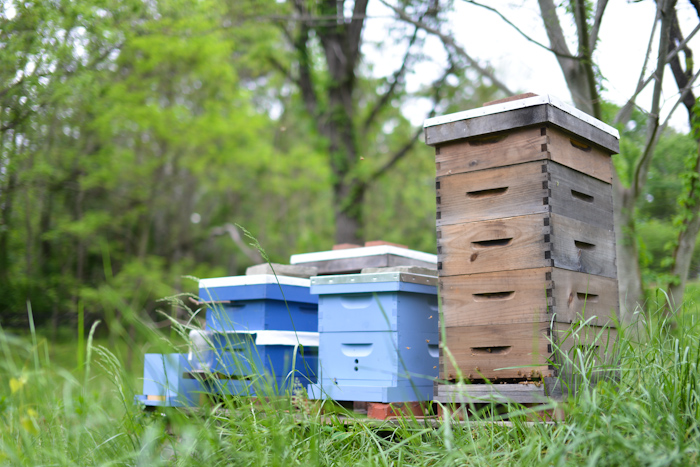 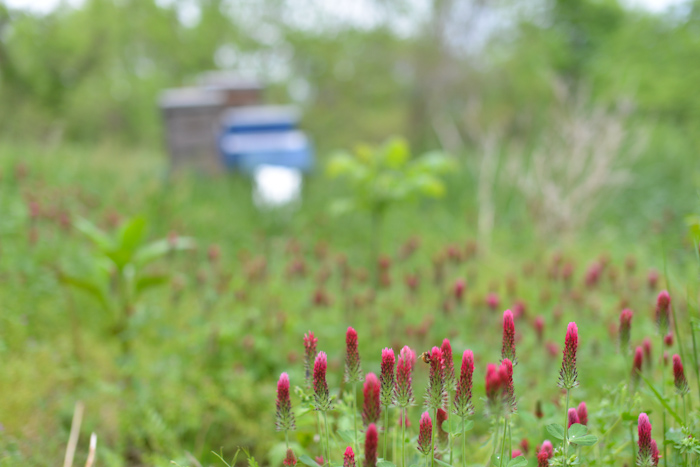 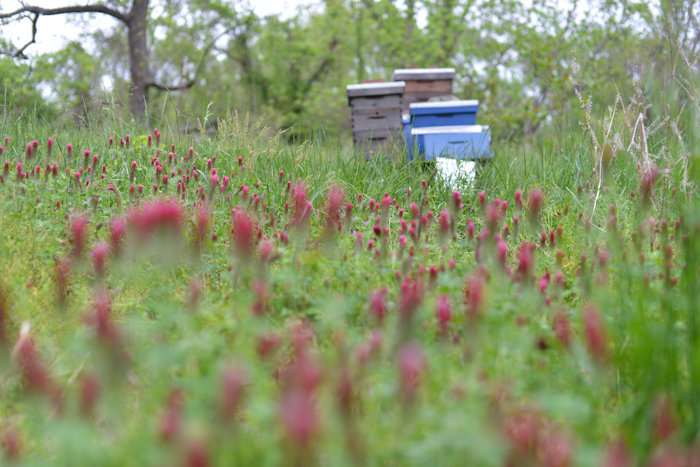 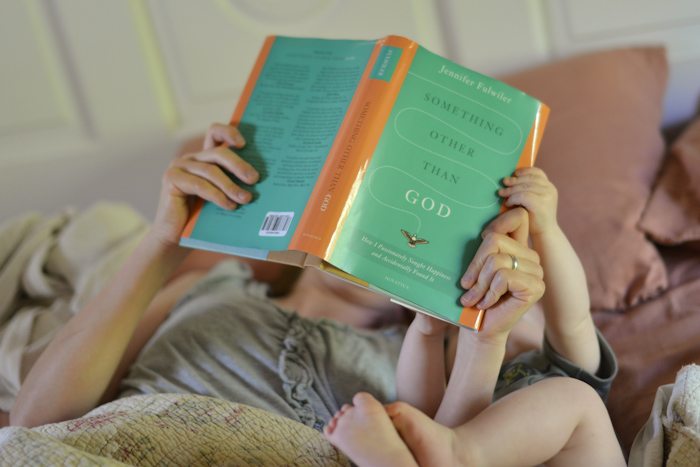 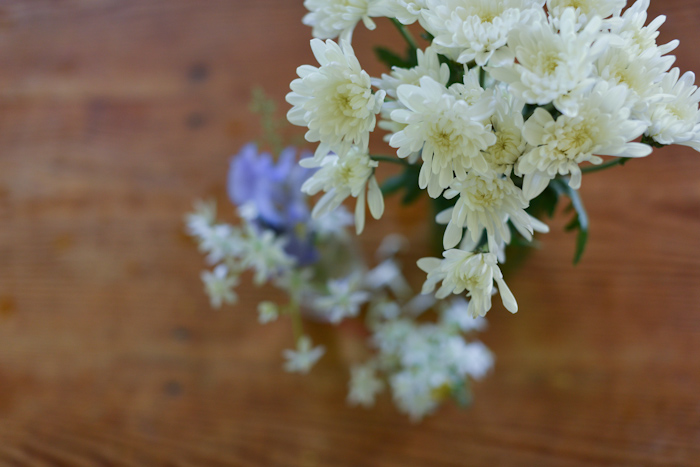 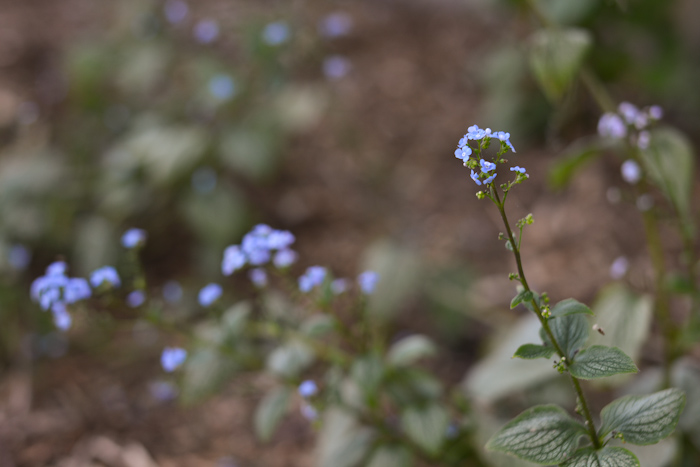 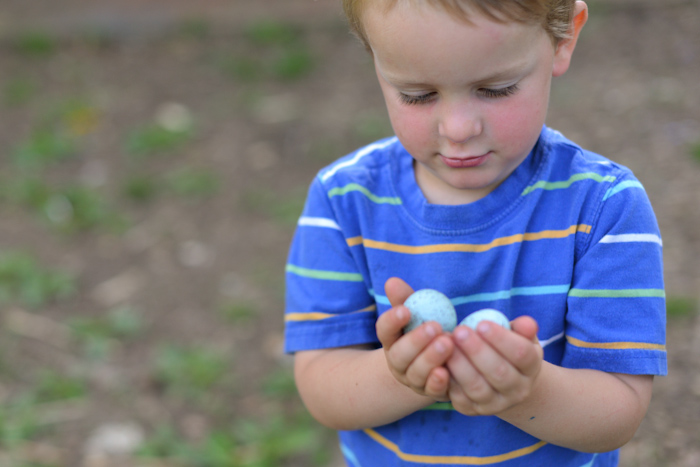 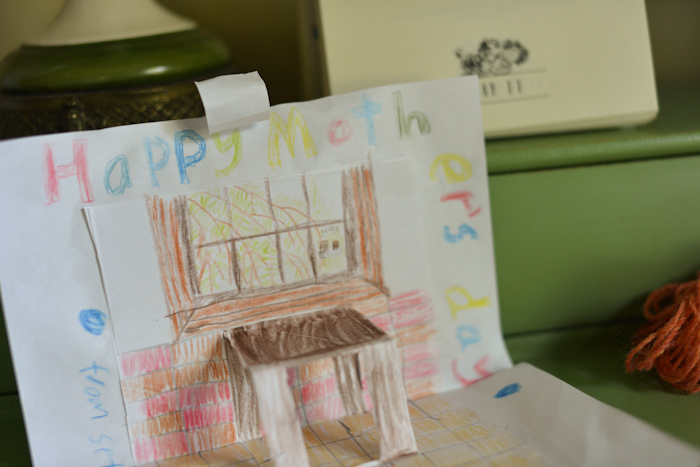 I spent most of the weekend cleaning, organizing, and working on projects because that is exactly what I wanted to do.  There is always some major renovation project going on around here,  but sometimes I need to have a couple days to immerse myself in my own smaller tasks.  All the work gave me a tremendous feeling of accomplishment, and that’s what I needed.

Our air conditioning is out of order and it’s been on the hot side.  I’m drinking tons of water, but also a lot of my favorite drink (I make a big batch):  four cups boiling water + two Tulsi tea bags, juice of one grapefruit and one lemon + honey to taste.  The recipe is from The Oh She Glows Cookbook

, although the original calls for green tea.  I am trying to eliminate caffeine (again), hence the Tulsi tea.  Every other day or so I fail in the caffeine department and drink a very milky cup of coffee.  The other day I was a little surprised to hear myself use the phrase, “nectar of life” while begging Jonny to start the percolator.  But I’m getting better.

I spent Mother’s Day morning in bed, finishing up Something Other Than God while Job did his best to grab it away from me.  I’ve been a fan of Jen’s ever since she and I discovered each other’s blogs about seven(?) years ago.  Back then, my blog was called “Musings of an Ex Punk Catholic Homeschooling Mom” and hers was “Et -Tu?”  My blog title has gotten much shorter (thank goodness) and hers a little longer since then.  Over the last five or so of those seven years she was writing a book, the story of her conversion from atheism to Christianity.  Jen is clever and she’s honest (and funny!) and her memoir makes that all the more apparent.  I’m so proud of Jen, and I loved her book so much that I want to buy a copy for one of you. . The winner(s) have been selected and notified.  (I am sending out more than one copy!)  Thanks! (U.S. winner would receive the hardback book, outside the U.S. I could do the Kindle or Nook version)

While I was in bed reading, Jonny, dearest man of the last minute, was out shopping with the kids.  Gabe bought me flowers with his own money without being prompted.  I’m predicting a great future for him.  (The other boys made me cards, one of them just past the stroke of midnight last night.  No comment on his future.  Ha!)  The girls got started early, and in fact Beatrix made me a card on Saturday and couldn’t wait to show me the “perfect M’s” she had drawn all over it.  So, I got a little sneak peek before she gave it to me “for real” on Sunday.  But the most adorable thing ever:  At the gift shop Jonny carried the kids to, the girls picked out little painted eggs for me, each purchasing one to go with their cards.  Silas wanted to get one for me too, so Jonny bought it, had it wrapped up in tissue paper and bagged separately so that Silas could give it to me.  Of course, I didn’t know any of the details when they arrived home shouting excitedly about my gifts.  Silas’ loud sobbing quickly became the dominating sound and I wondered what had happened.  He eventually made it upstairs and I saw that he was holding a wad of tissue paper.  I tried to comfort him, not understanding why he was upset.  With great difficulty he handed me the wad, but then the sobs began again and he snatched it away before I could unwrap whatever was inside.  This went on for some time, Silas making very brave attempts to give me that wad of tissue paper before changing his mind and taking it back.  I realized that he had a gift for me, one that he wanted to keep for himself.  The girls were becoming impatient and couldn’t wait any longer, so I unwrapped my gifts from them one at at time:  a pretty little egg from each.  Silas perked up seeing my  happiness over the two eggs and deeming that two was obviously plenty for me, said something along the lines of “You can keep those, and I’ll have this one!”  Best Mother’s Day gift drama EVER.