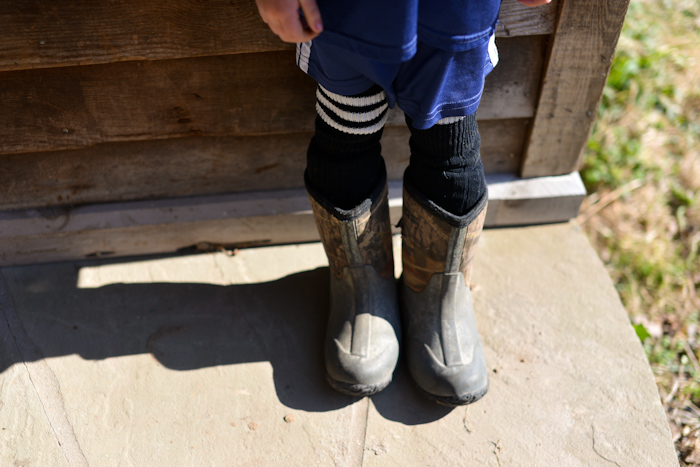 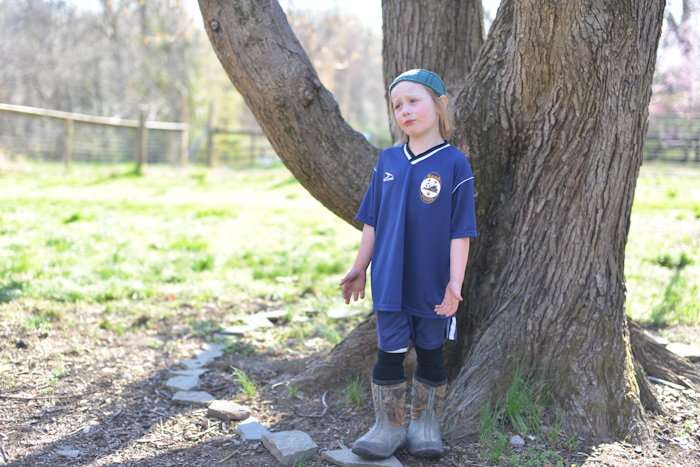 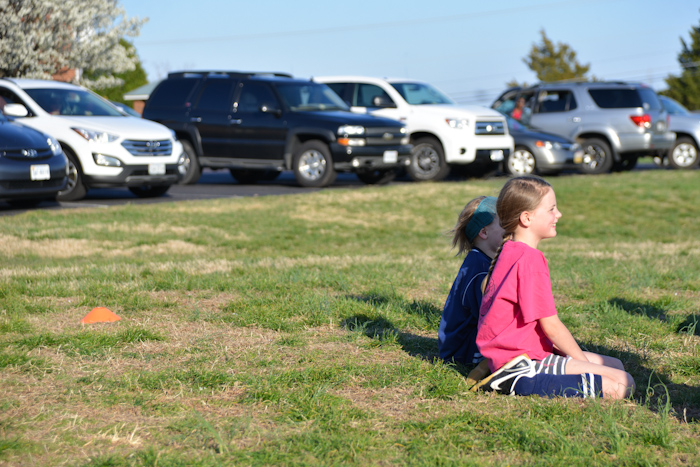 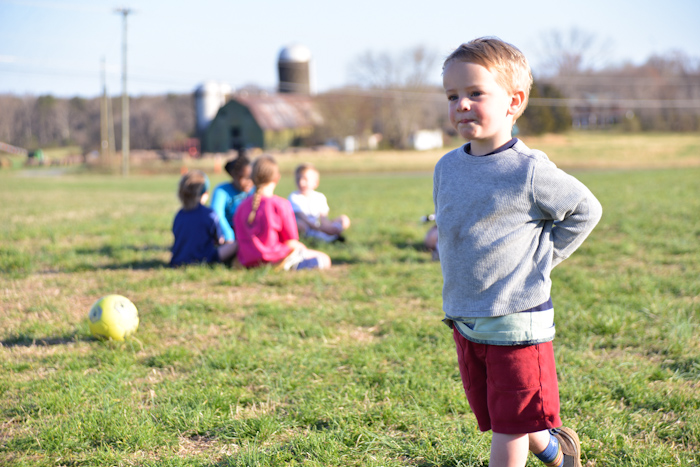 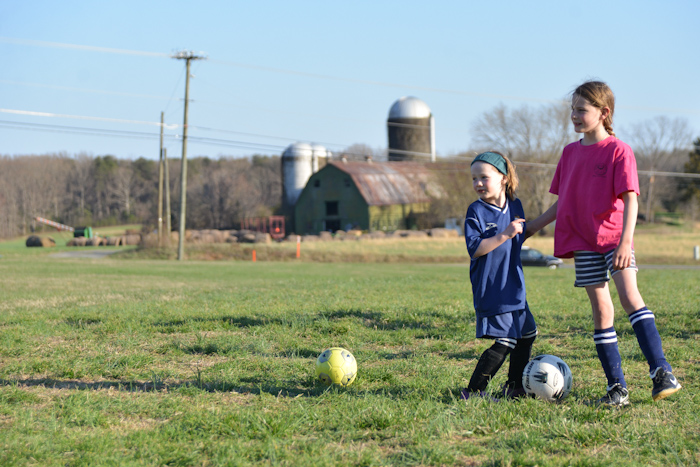 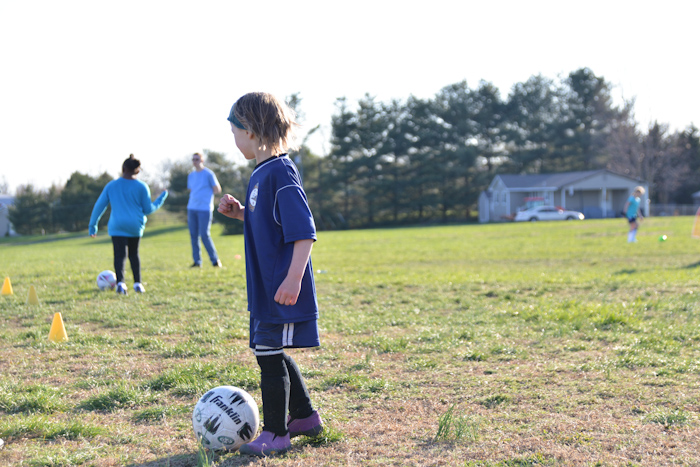 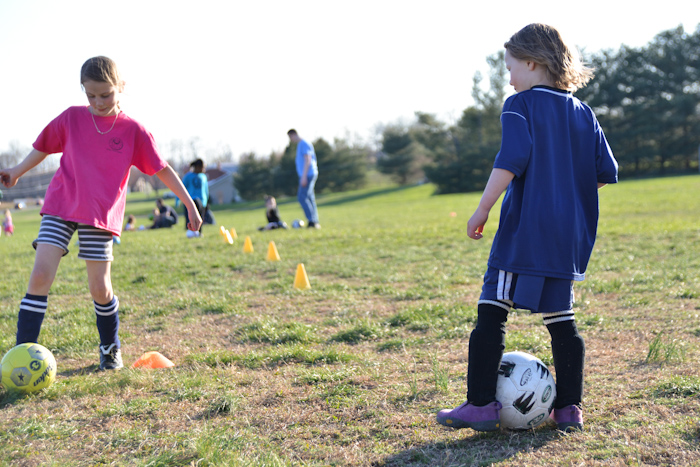 Last week at baseball practice, Jonny noticed that kids were having soccer practice on a nearby field.  It turned out that this group practices at the same time that our boys do, and that our girls could sign up and be on a team together.  They are typically there anyway playing on a nearby playground while the boys practice.  They have been wanting to play some sort of sport for a long time, we just haven’t been able to figure out how to make it work without going nuts.  I think we’ve figured it out for this season at least!

You might think that I would have thought about shoes during the week after we signed them up, in the days leading up to their first practice.  But, I didn’t.  I didn’t really think about shoes until we were running late.  Thankfully, there was a pair of one of the boys old indoor soccer shoes (not entirely appropriate for outdoor soccer, but close) in the shoe bucket, and they fit Larkspur (with ample room to grow).  But Beatrix, she was in trouble.  Somehow she only has sandals, rubber boots, and this one pair of purple shoes, one of which was missing.  I started tearing up the house looking for that purple shoe while Jonny shouted that the boys were going to be late to practice.  Usually missing shoes are found under the couch in the kitchen, but it wasn’t there.  Panicking just a little, I went outside to start looking around the yard when Beatrix walked out and announced, “These will totally work!”  Relief began to settle as I turned to see what shoes she had found, but quickly evaporated when I saw that “these” were a pair of old camouflaged boots, at least four sizes too big, and on the wrong feet.  Keats saw what she was wearing and told her that no way could she wear those.  She didn’t understand what his problem was and she demonstrated that she could run across the yard in them just fine.  Evidently motivated by the fact that his sister looked a little ridiculous, Keats started hunting for that other purple shoe, not a purple soccer shoe, but a definite step up from the camouflaged boots.   It only took him about a minute before he found the missing shoe and we were on our way.

So, the girls had their first official soccer practice and it was pretty hilarious.  There’s something great about watching a bunch of kids, who mostly don’t know what they are doing, play soccer.  Their first game is on Saturday.  I can’t wait.  I promise that I will be visiting Play it Again Sports today to buy them proper footwear.  We’ll all be cheering from the sidelines and I’d hate to mortify the big boys by having their sisters wearing the wrong shoes.