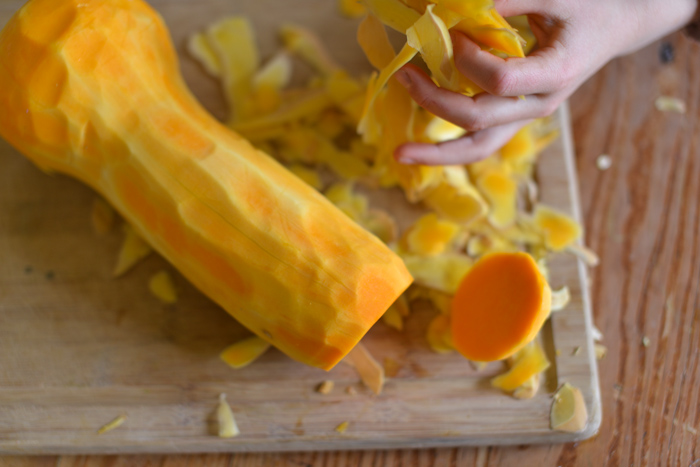 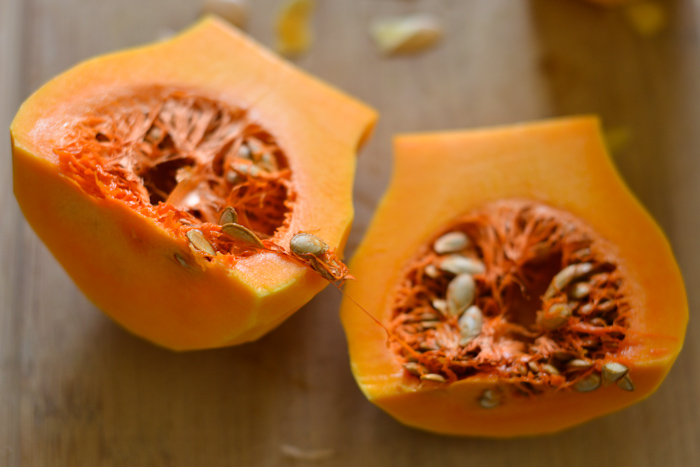 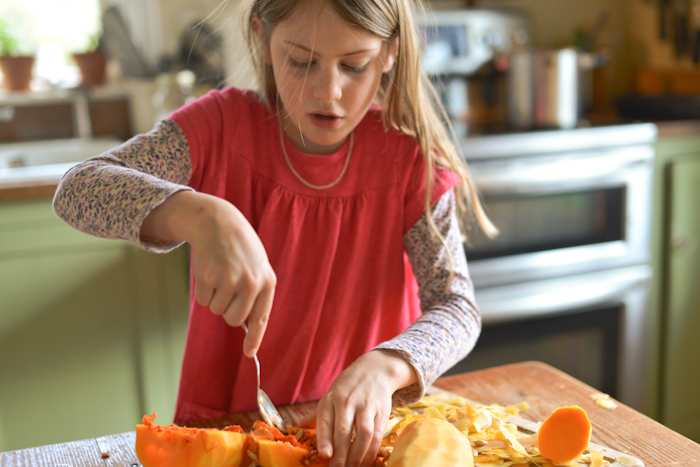 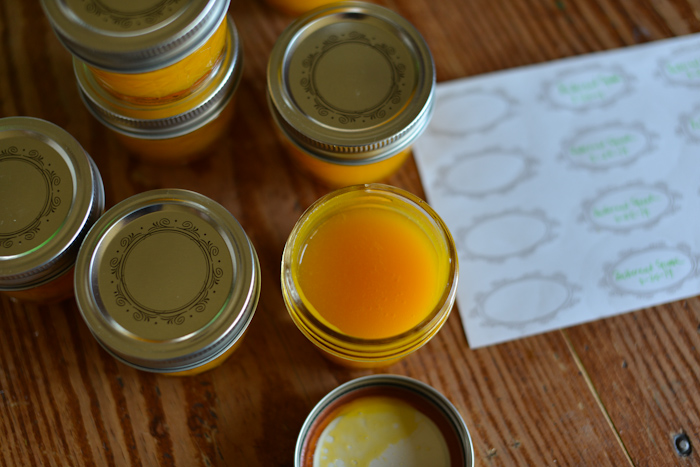 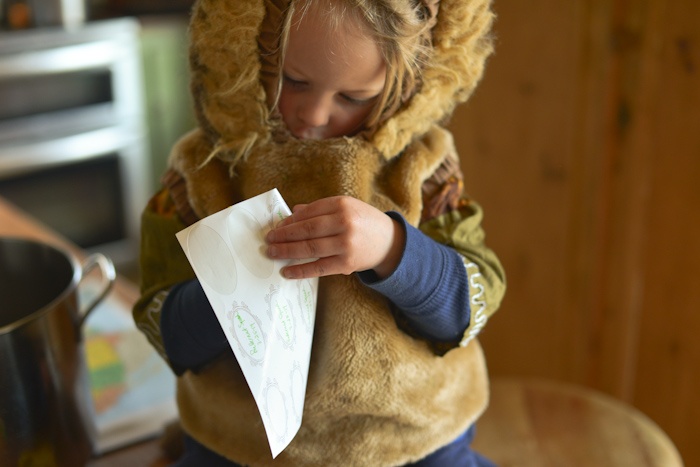 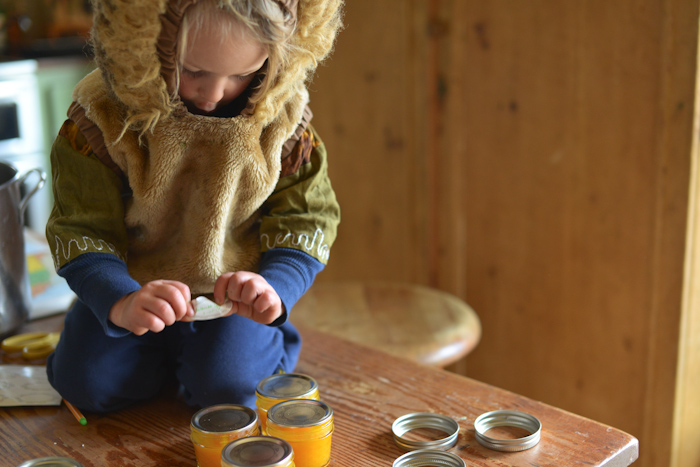 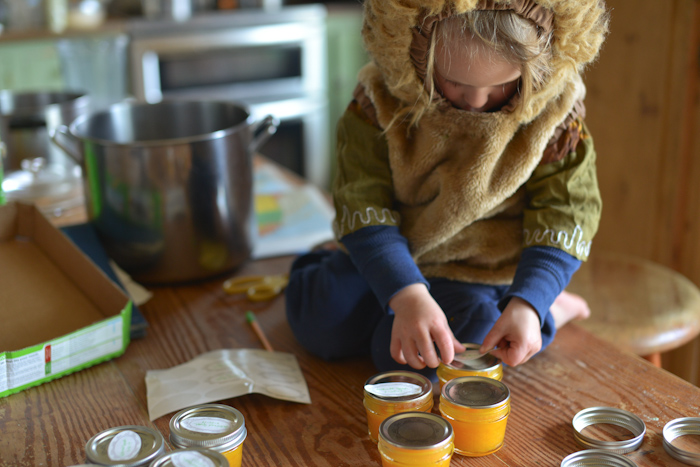 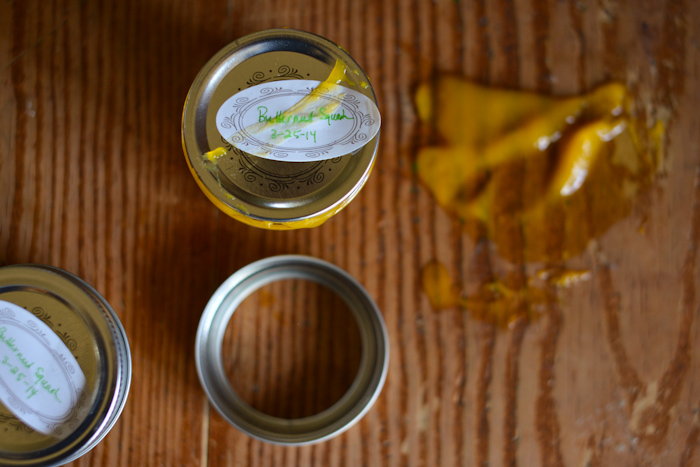 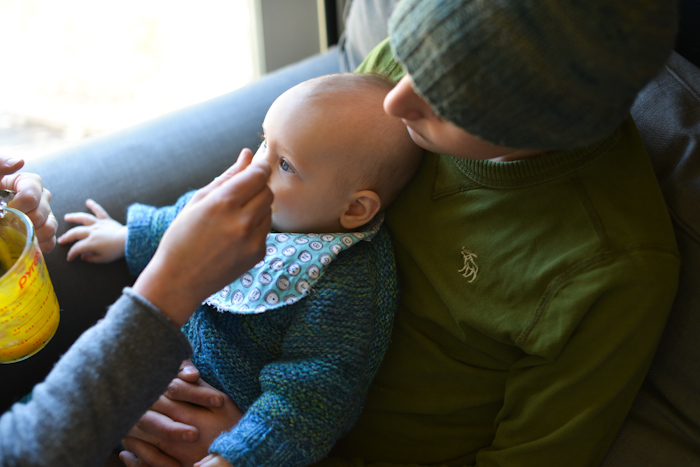 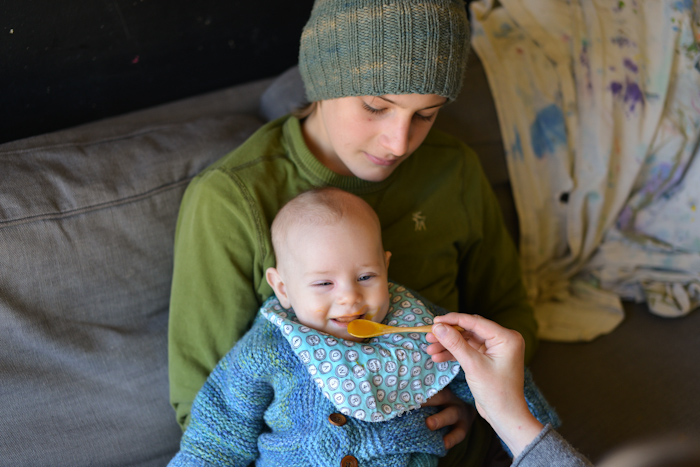 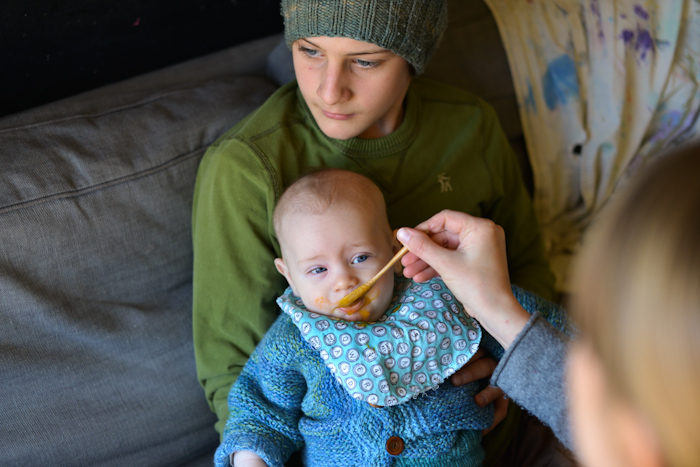 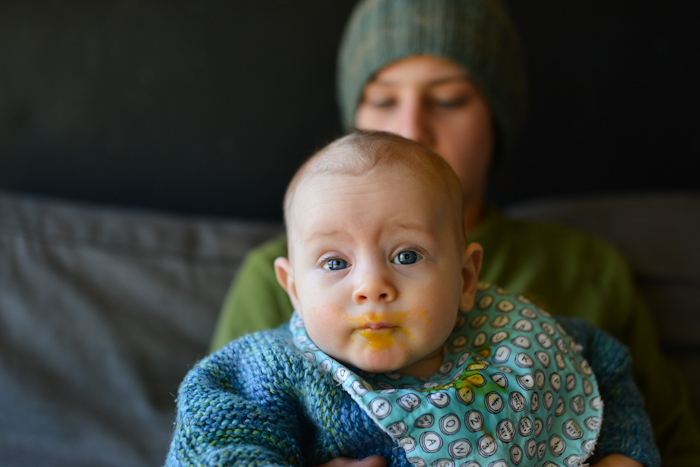 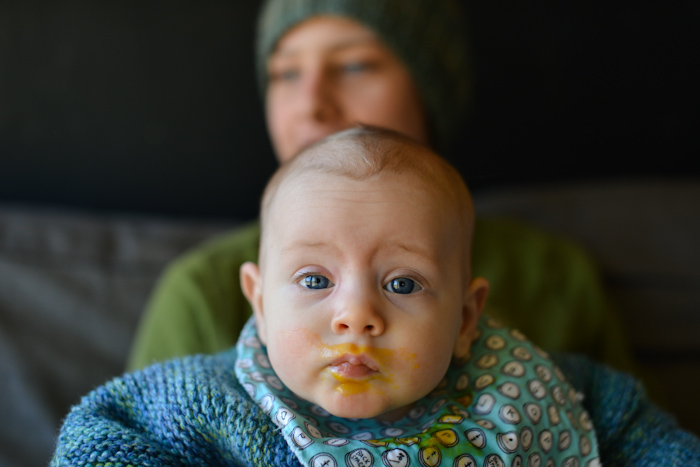 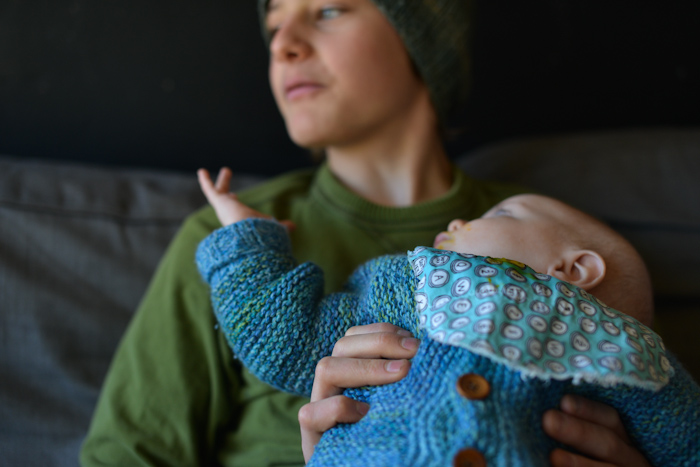 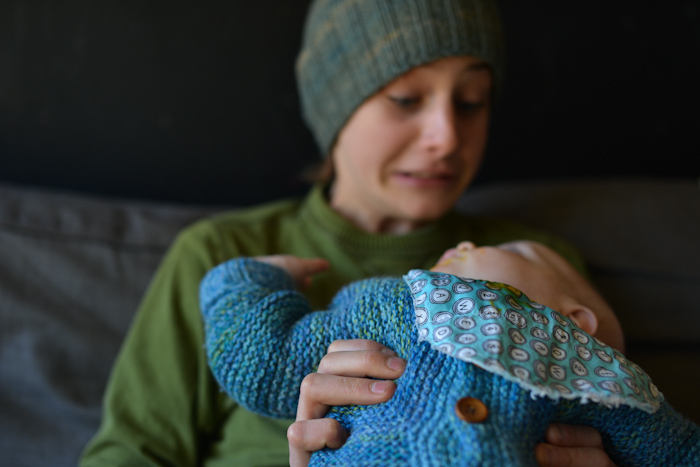 For weeks Job has been watching us all intently as we eat and over the past couple he has actually been trying to grab our spoons, forks, mugs, whatever it is he sees us bringing to our mouths.  He’s just shy of five months, but at eighteen pounds, I guess this boy is ready for a little something extra.  I wish I could say that his first bite of food was that pureed butternut squash, the only one left from last year’s garden.  A prize of sorts that I’ve been saving for something special.

But the truth is that about a week ago, Jonny and I fed him some mashed avocado with banana.  Jonny was under deadline.  I was sleep deprived.  We became convinced that Job would sleep that night if we gave him some food.  This happens with every single baby at some point.  We convince ourselves that if we go ahead and feed them something they will sleep better at night.  And I don’t mean eventually.  I mean we convince ourselves that the only thing standing between us and a good night’s sleep that very night is a few bites of pureed something.  It never works, and we never learn.  It’s good to have hope though.  We’re hopeful types, Jonny and I.

So no, the sweet photos of siblings participating in feeding Job from peeling the homegrown squash all the way to spooning it into his little mouth, they don’t depict his first meal.  His first meal was way late at night while Jonny’s buddy Greg watched via the magic of the internet.  And the sad truth is that Job didn’t really care for the squash that was so lovingly prepared a few days later. 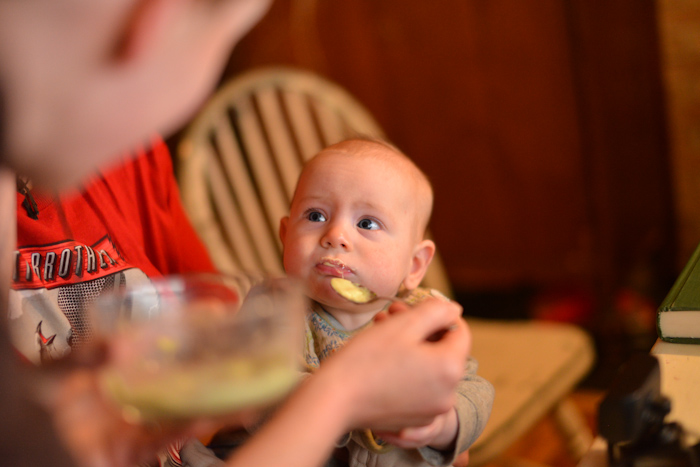 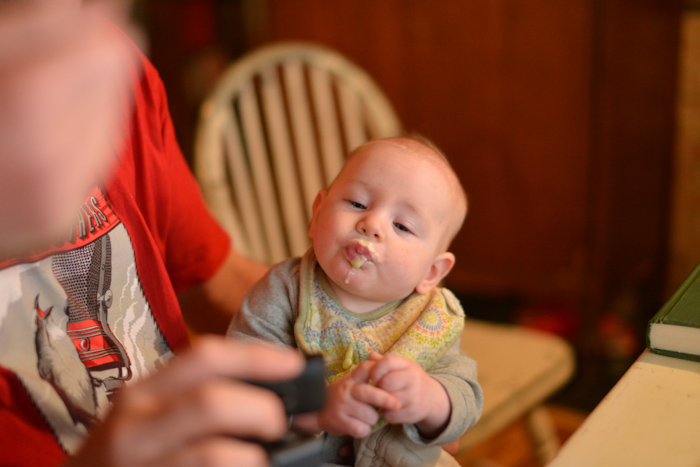 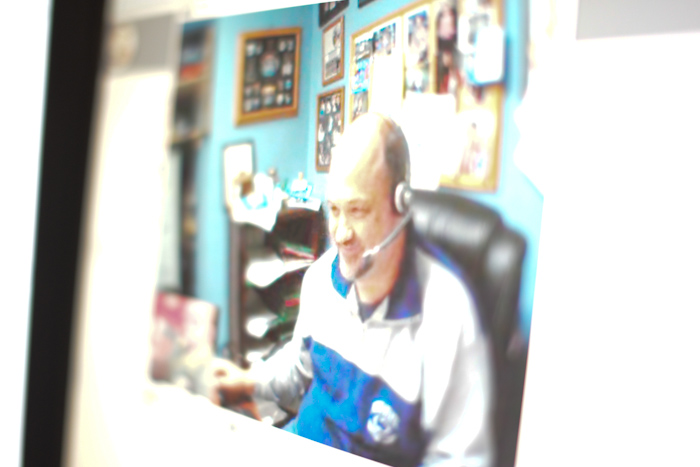