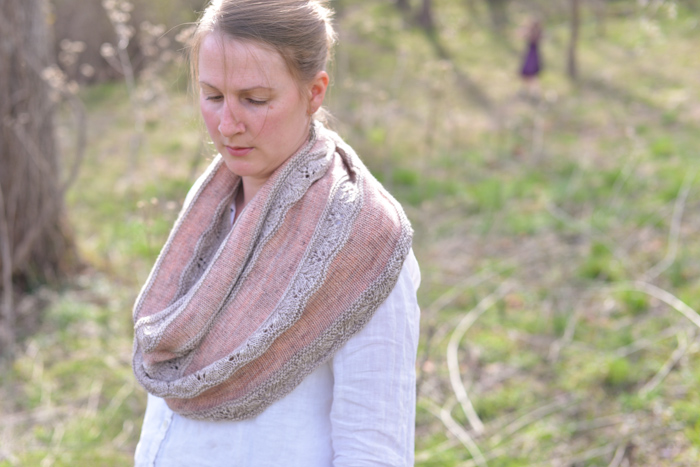 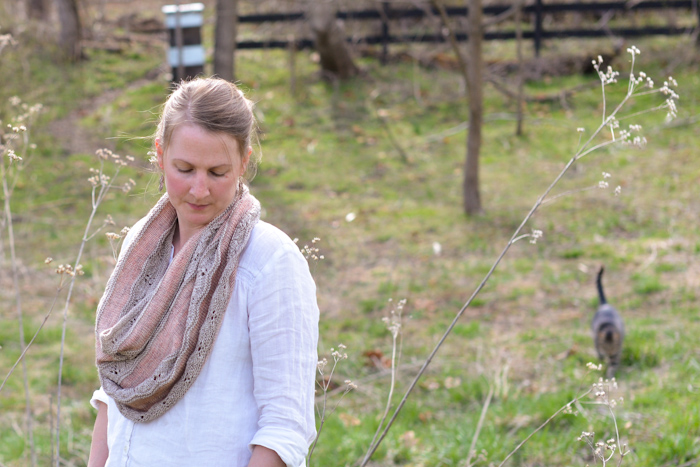 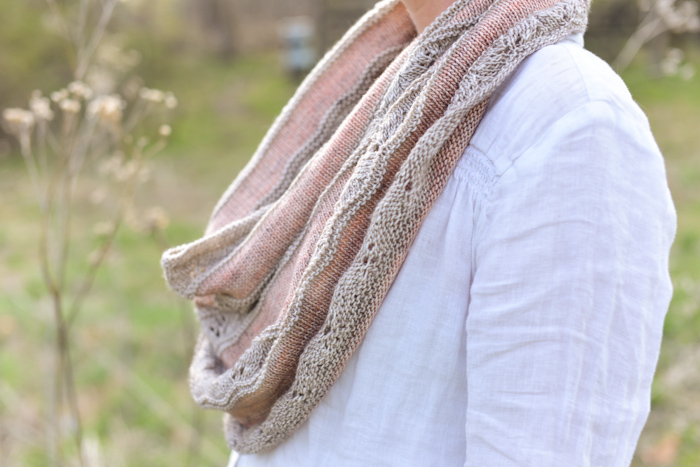 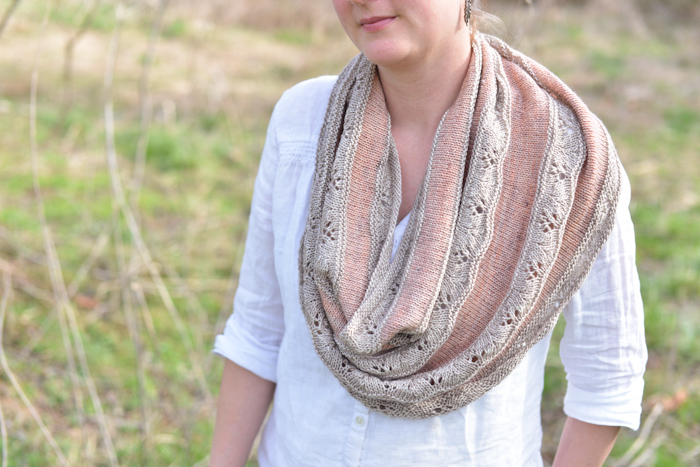 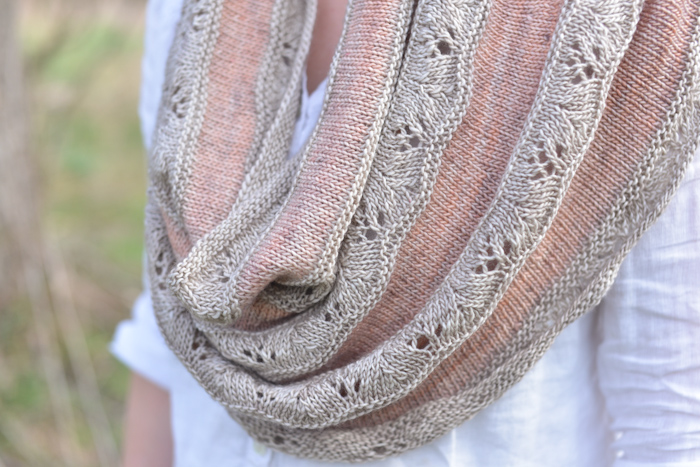 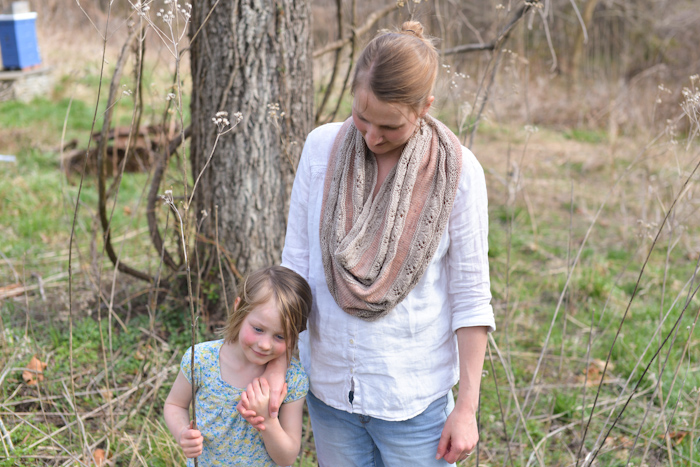 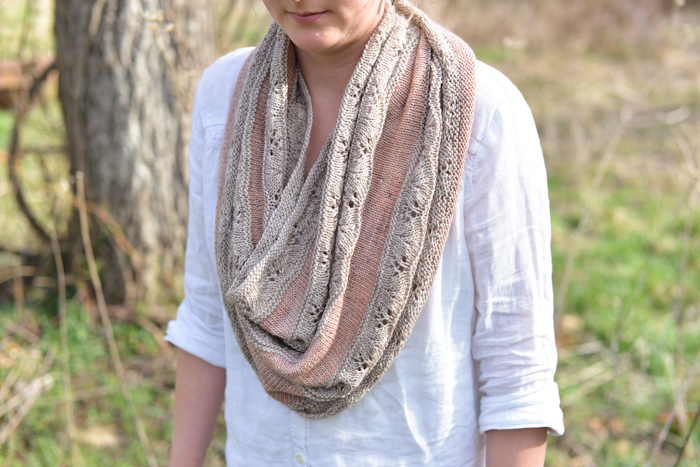 I knit this cowl last year, early in my pregnancy with Job.  I spent about two months working on it.  I don’t mind saying that I think it is possibly the most beautiful object I have ever made.  The yarn is a very fine fingering weight merino (Madelinetosh tosh merino light) and the alternating stripes of pale peachy pink with the antique lace portions really come together to make a stunning piece.  It can be dressed up or down and would look great with a nice dress or a pair of jeans as I am wearing it here.  It is incredibly soft and I really adore it.  But the truth is that I adore it too much.  I have only worn it twice, both times simply so that Jonny could photograph it.  I have stored it carefully, waiting for the perfect time to actually wear it.  I thought that time had come last week.  I pulled it out of it’s box and nearly put it on.  But something stopped me.

I have a close (in real life, I guess I should add) friend whose family is in a very difficult financial situation, and has been for many months.  She’s been weighing heavily on my heart lately.  I looked at that cowl and I thought, I ought to sell it and give her the money.  It wouldn’t help much, but it would be something.  I thought about auctioning it off on Ebay.  I think a cowl like this, a handknit in merino wool would cost a good bit.  It’s one of those things that I doubt could be sold for a price to justify the many hours that I put into knitting it.  But then I had an idea.  What if I used it to raise money on my blog?  Would anyone donate?  Would anyone else think it’s as pretty as I do?  Could I handle it if no one did?  Well, at that point, I knew that I had to do just that, no matter how nervous this makes me.

The fundraiser has ended. The winner is named in the rafflecopter box below and has been notified via email as well. Over two thousand dollars was donated for my friend and her family. Amazing!!! Thank you all so much for your generosity!