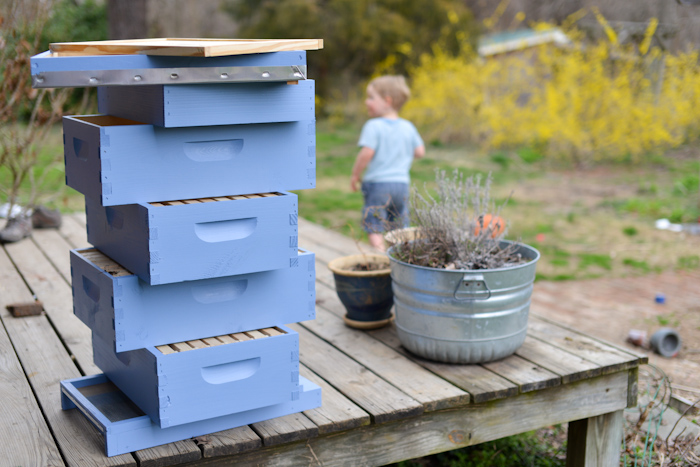 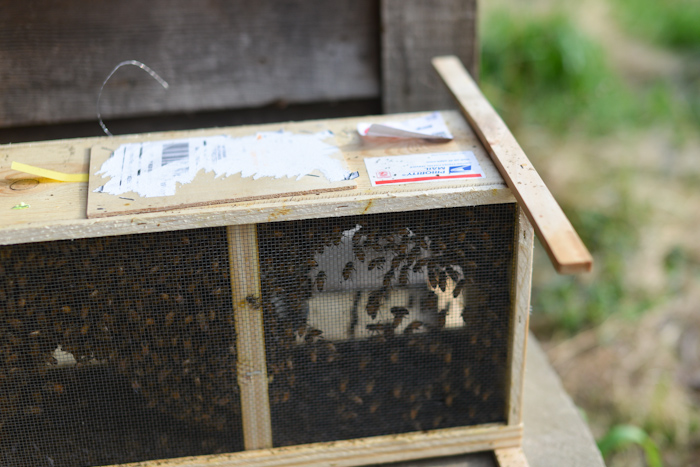 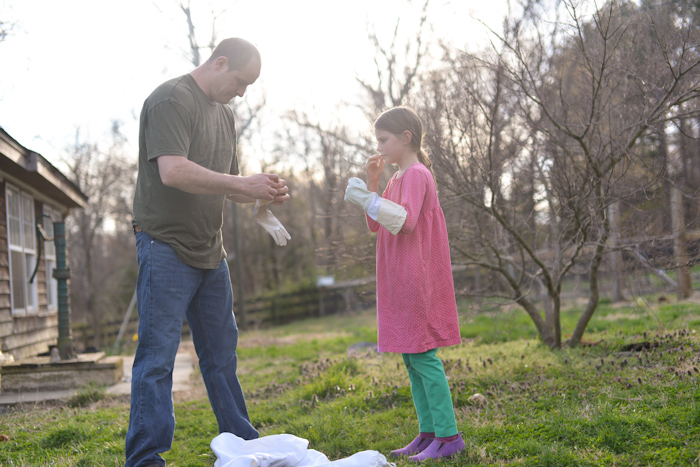 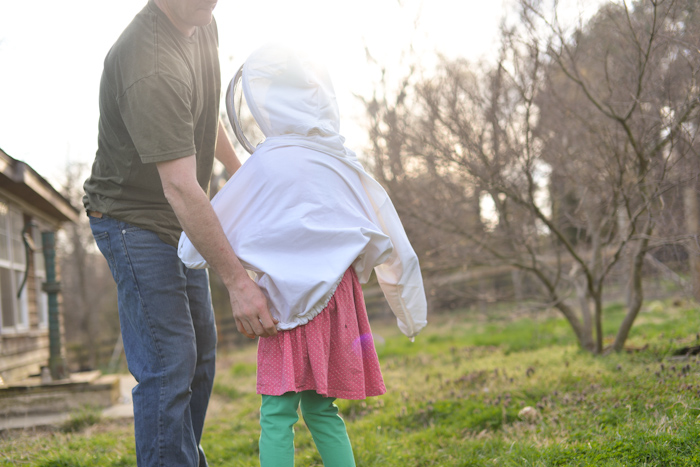 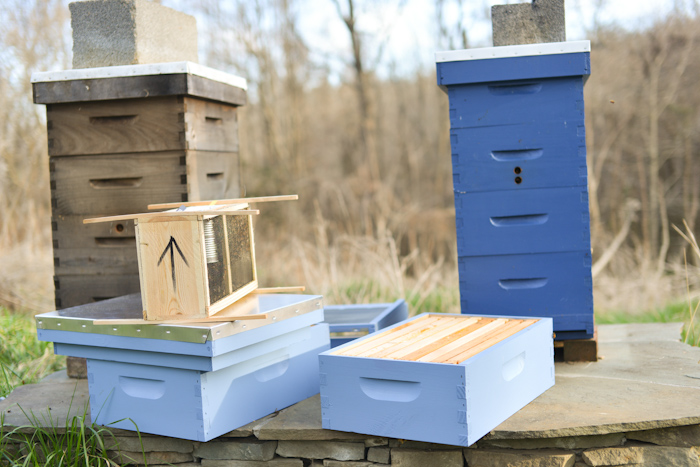 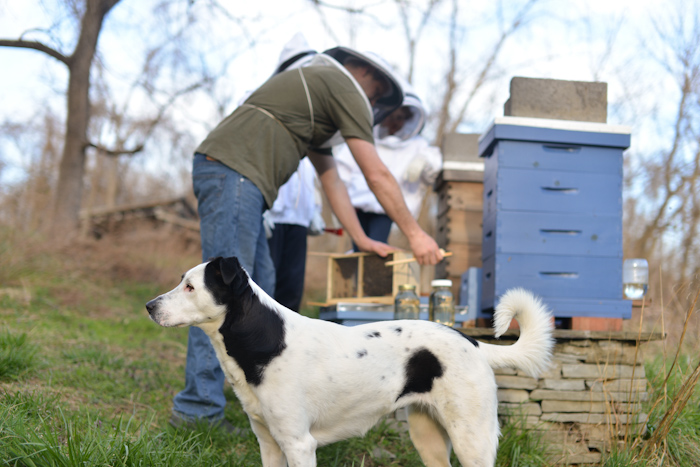 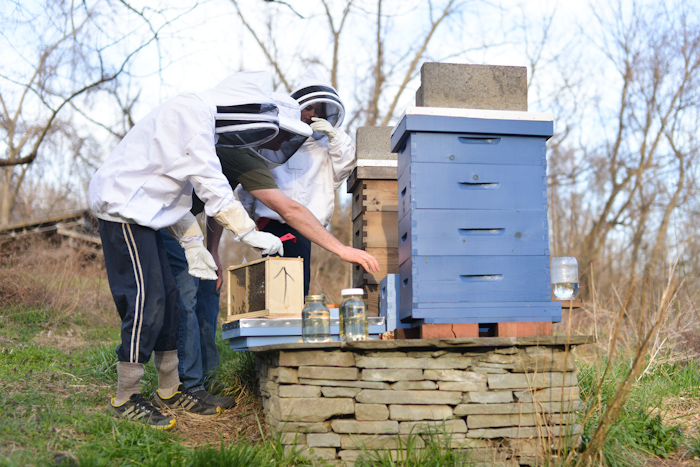 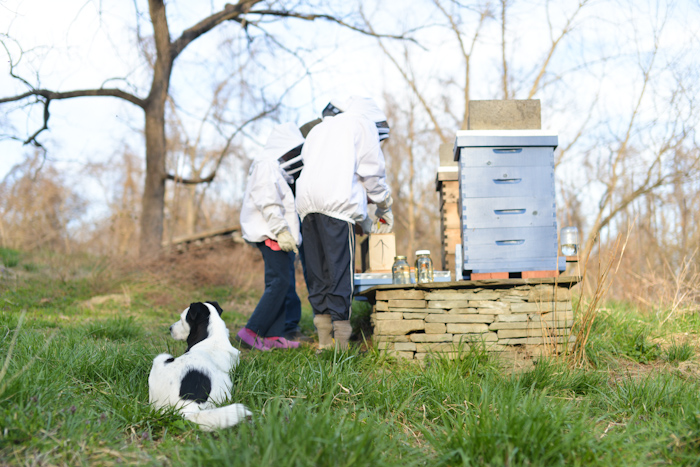 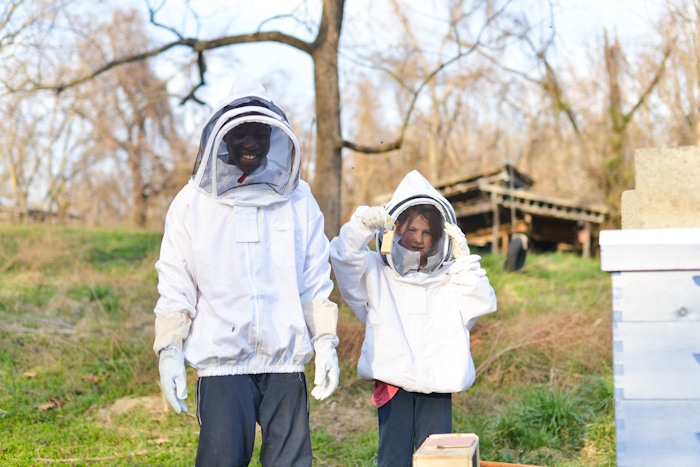 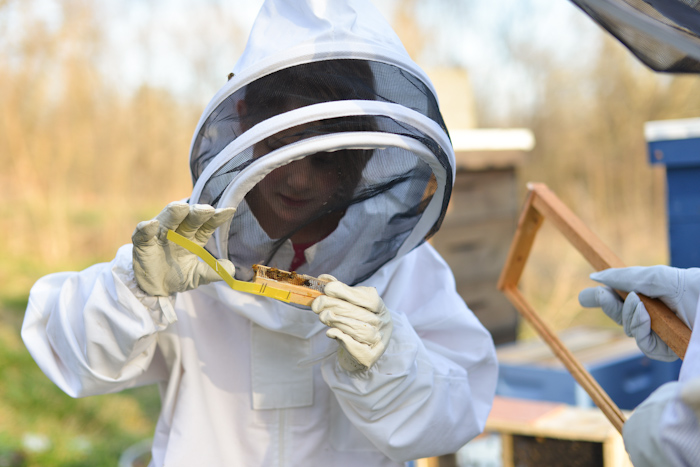 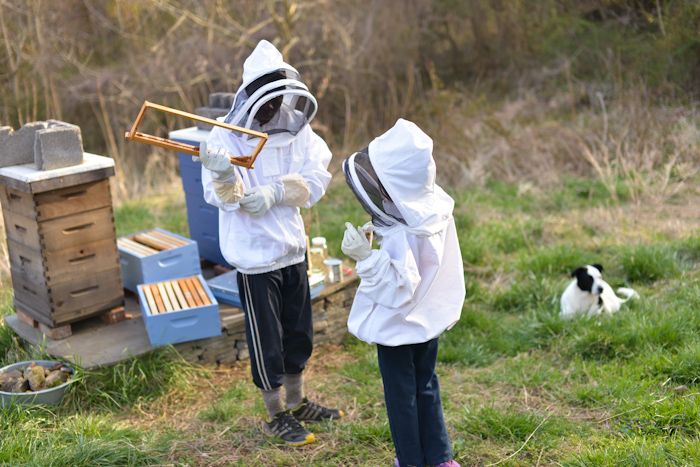 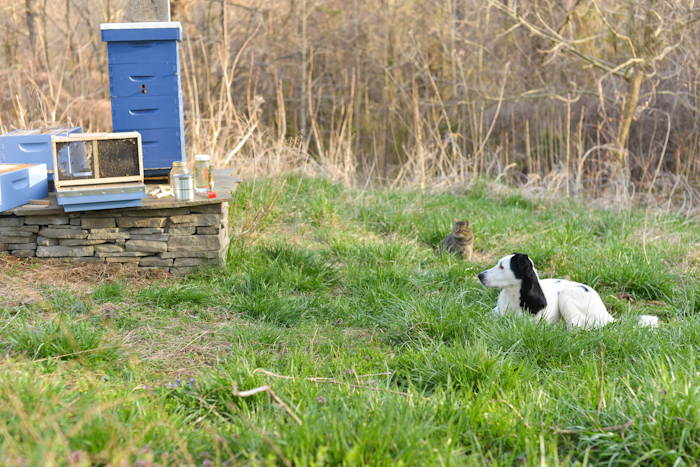 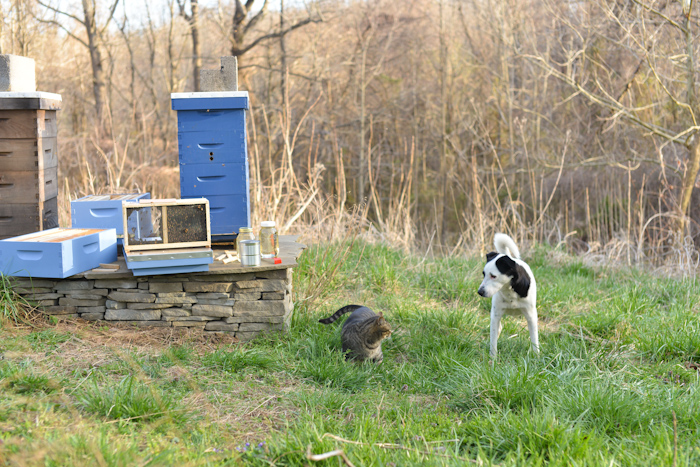 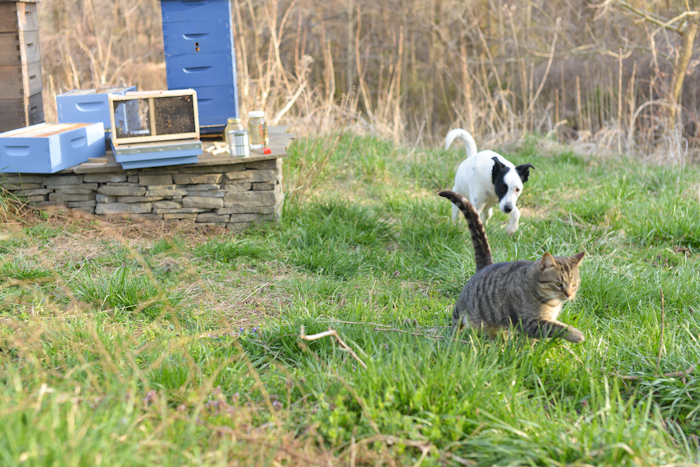 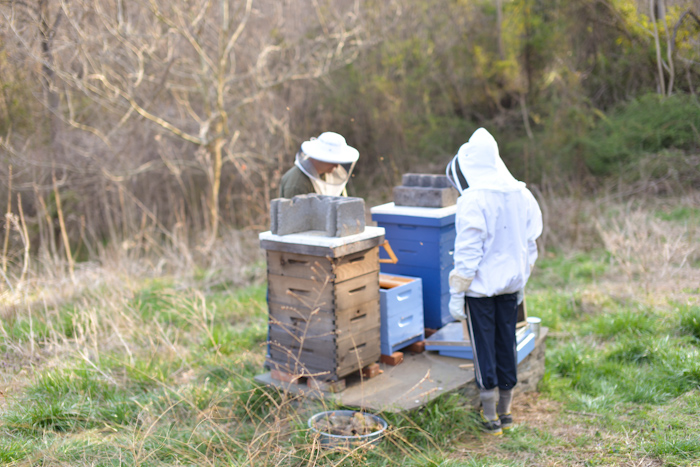 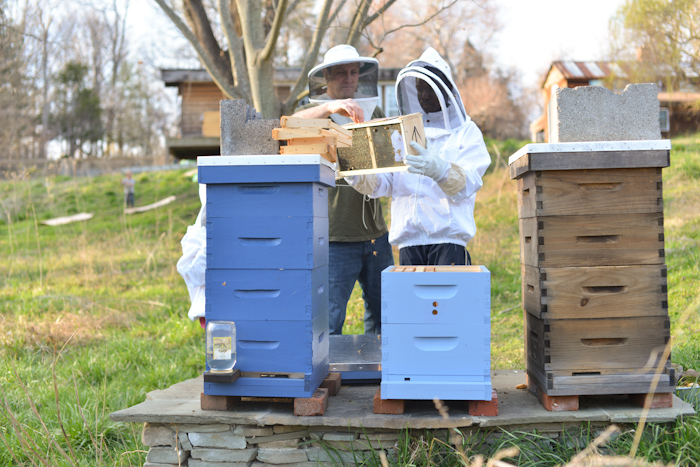 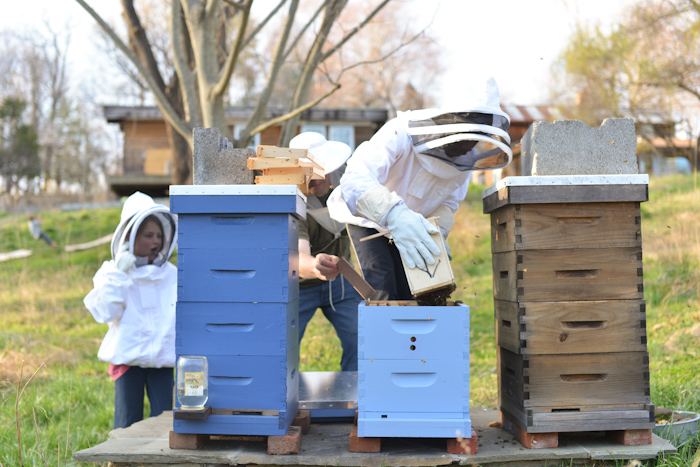 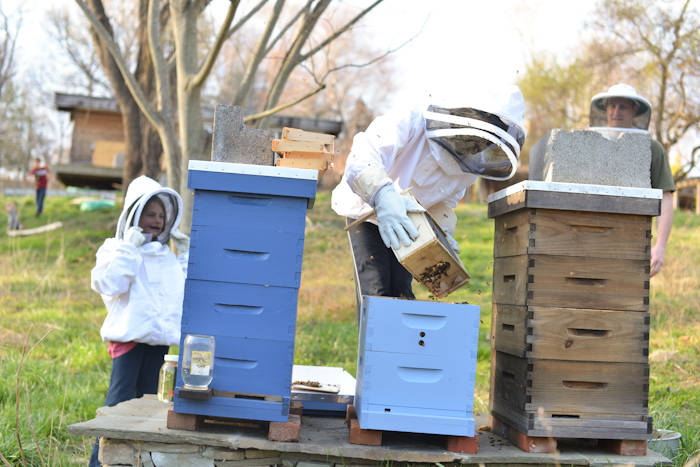 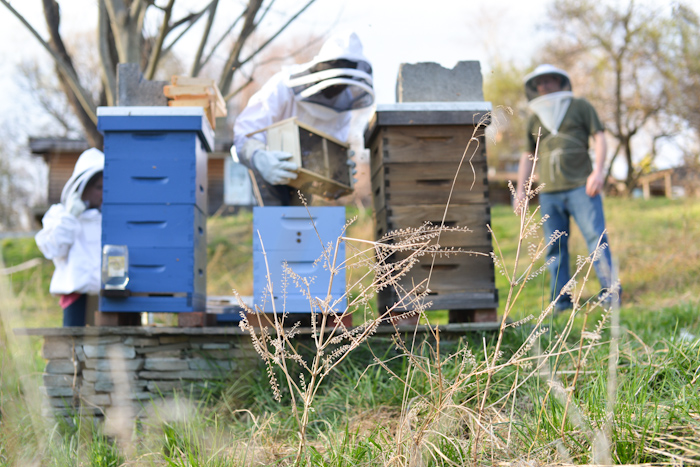 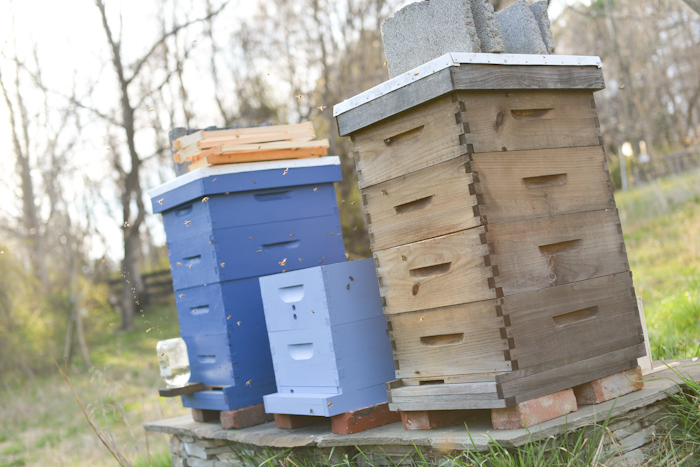 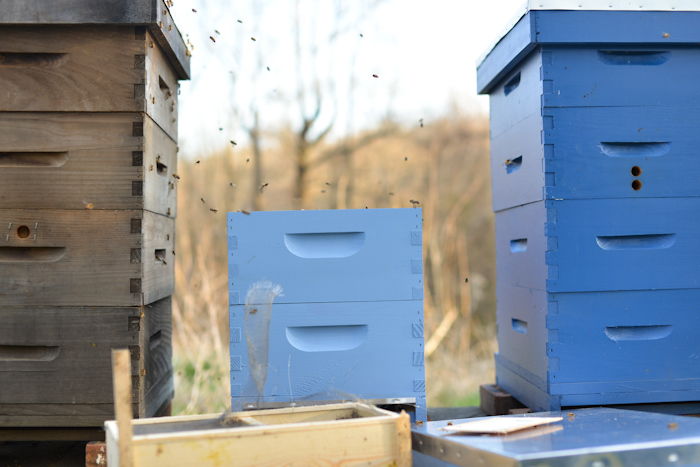 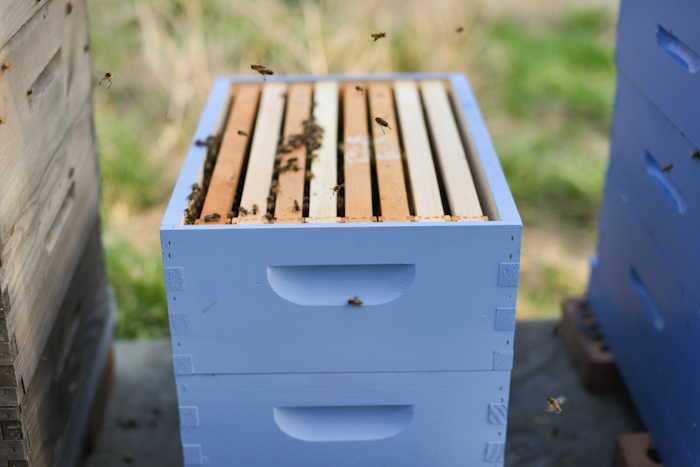 We received a call from the post office on Saturday.  “Your bees are here!”  With a little help from Jonny and Larkspur, Gabe installed our newest hive.  The name of this hive was inspired by the name of the paint we used (Montpelier Wedgewood by Valspar), and the fact that we love James Madison’s Montpelier.  Montpelier joins Lark Rise and Candleford.  Three hives!

Later in the weekend we packed up the family and headed about an hour south because Gabe and Keats had a baseball tournament.  Seth brought his metal detector along and spent the day hunting for people’s lost change.  In the process he managed to attract a group of three teenage girls who followed him around while he hunted.  Despite the fact that he is a teenager himself, he was not pleased.  Seth is all business.  At the end of the day as he spread his finds on a picnic table, excitedly talking to Jonny and me about how well he had done, the girls headed over to attempt to get him to talk to them again.  It didn’t work, so they started talking to me, mother of this strange boy who at this point was covered in dirt literally head to toe.  It’s hilarious to me how anti-girls Seth is right now (not that I’m complaining!) and the way that his attitude seems to be working against him.  Those girls clearly found him fascinating.  Of course most kids his age don’t carry a metal detector around, so that doesn’t help.

Beatrix and Larkspur (wearing dirt covered dresses after a day of playing) joined us and the girls commented on them, calling them cute.  Then one of the girls turned to me and said, “Ya’ll look like nature people.”  I think what she meant was, “Ya’ll sure are dirty!”  I try to make us look normal, but these kids always give us away. 😉