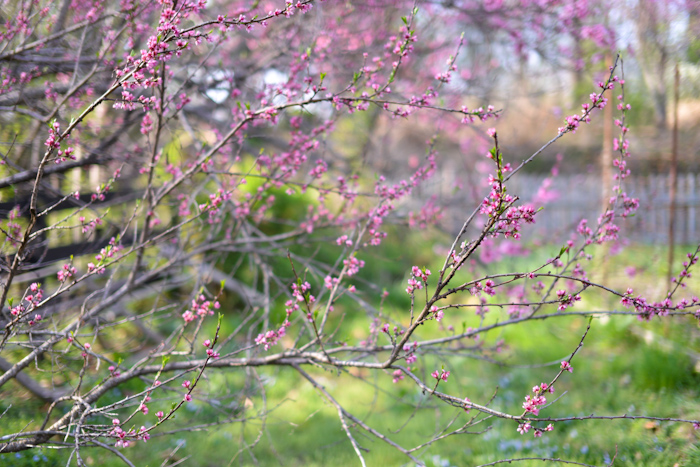 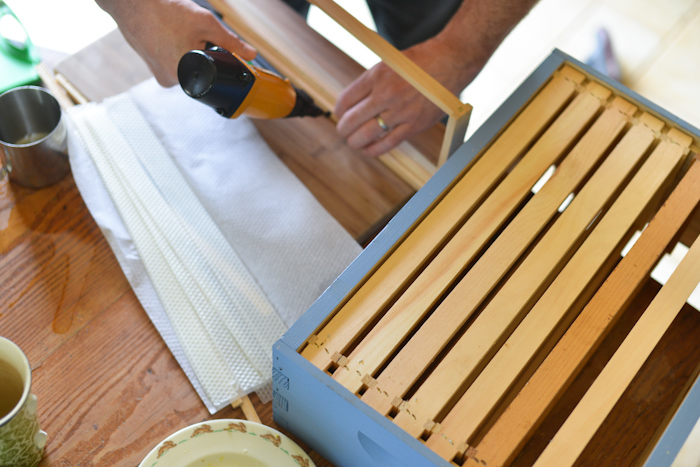 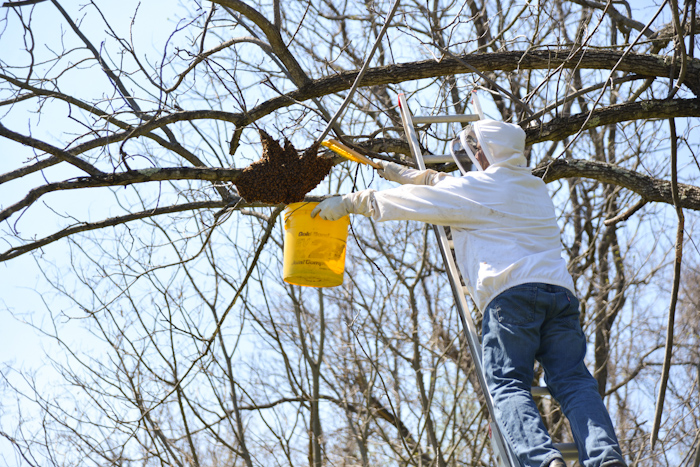 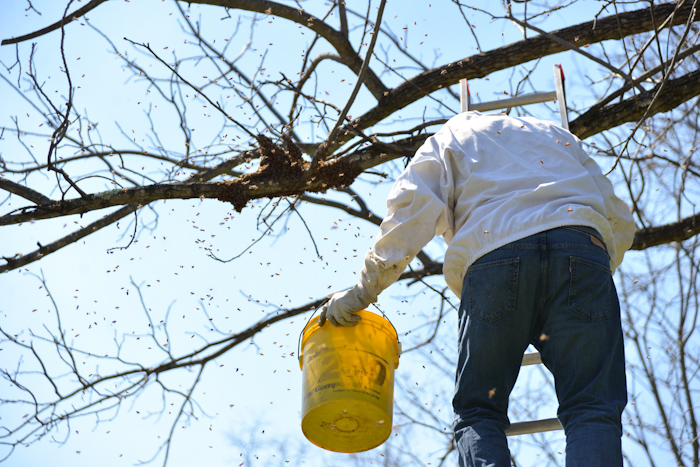 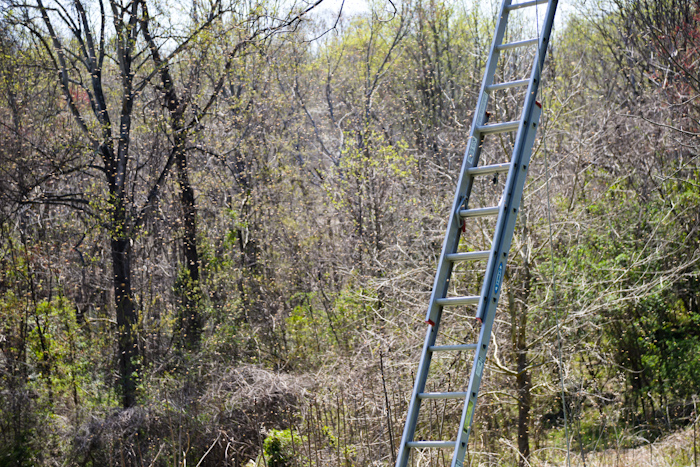 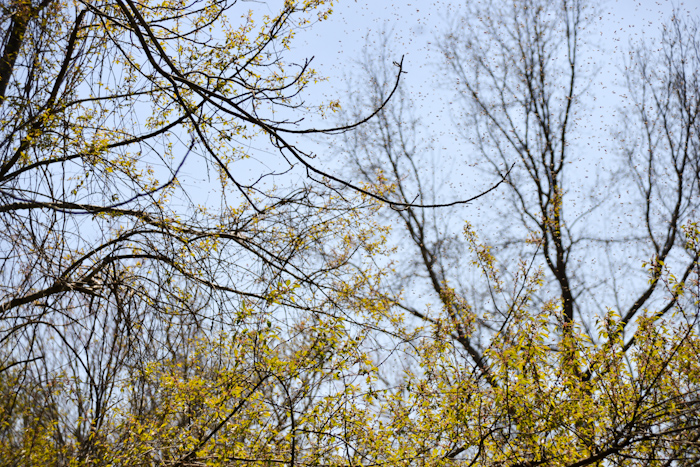 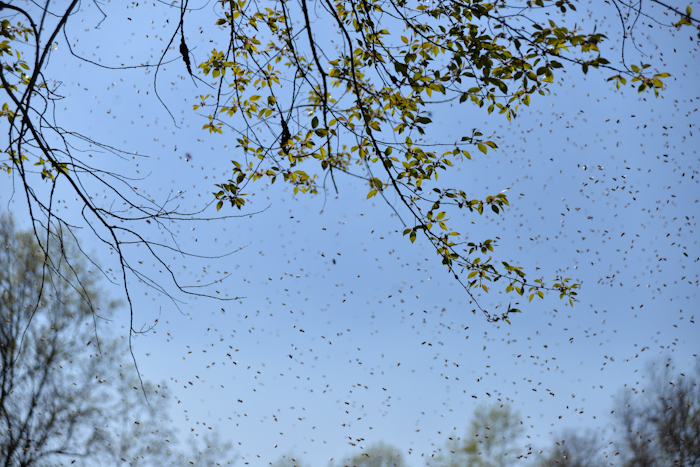 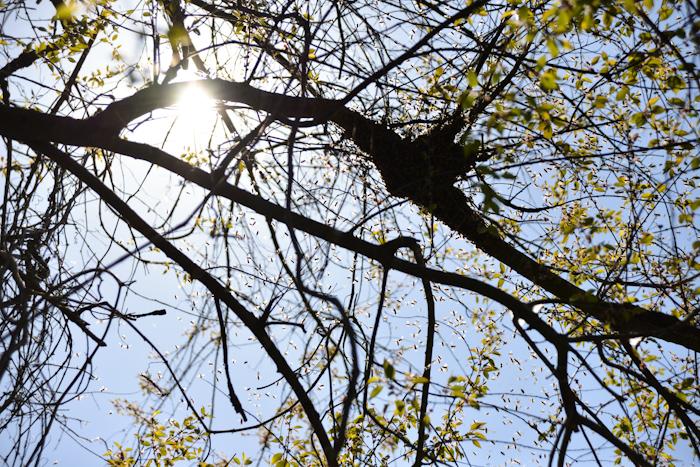 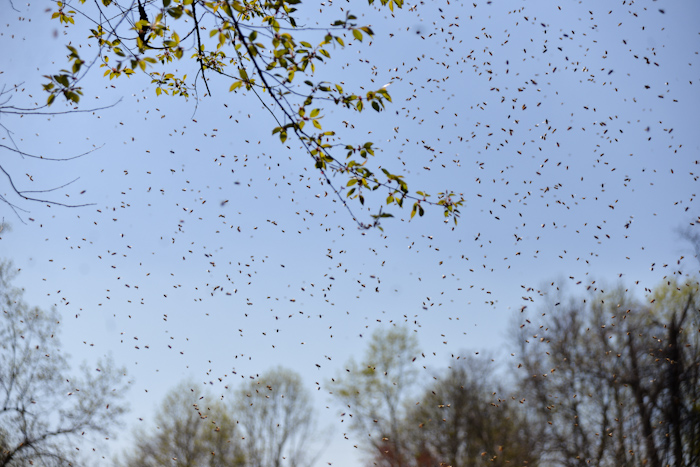 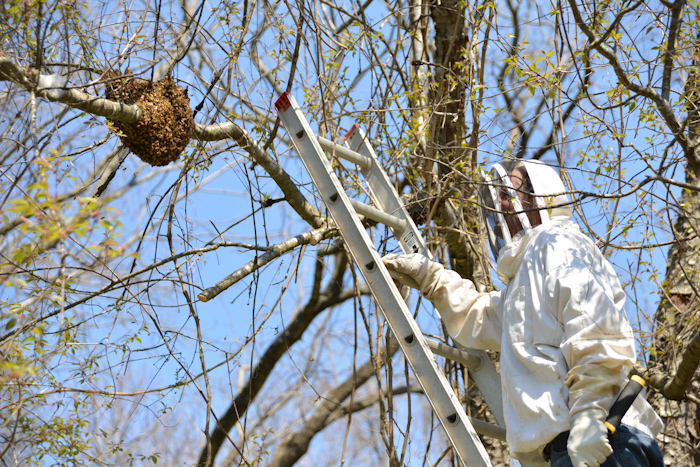 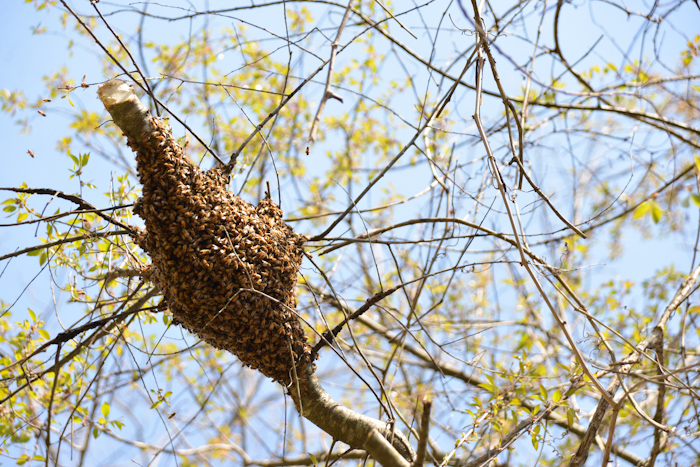 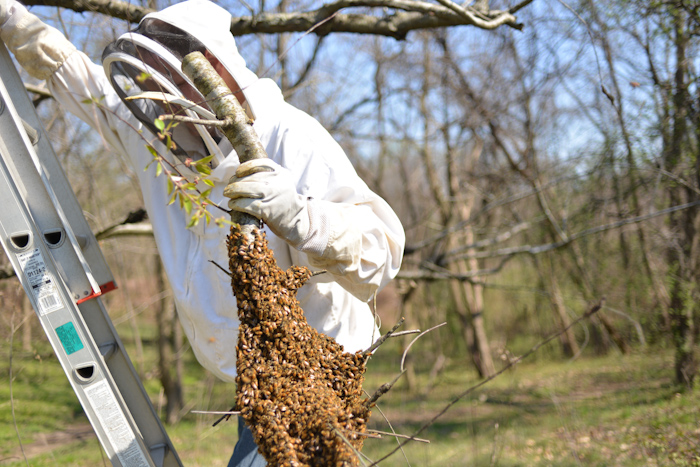 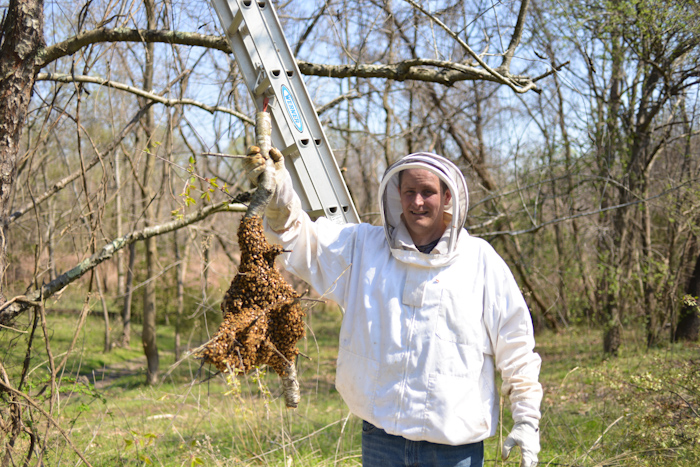 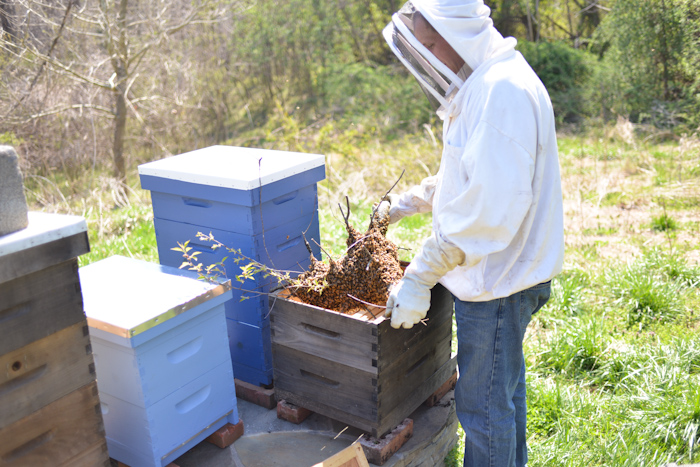 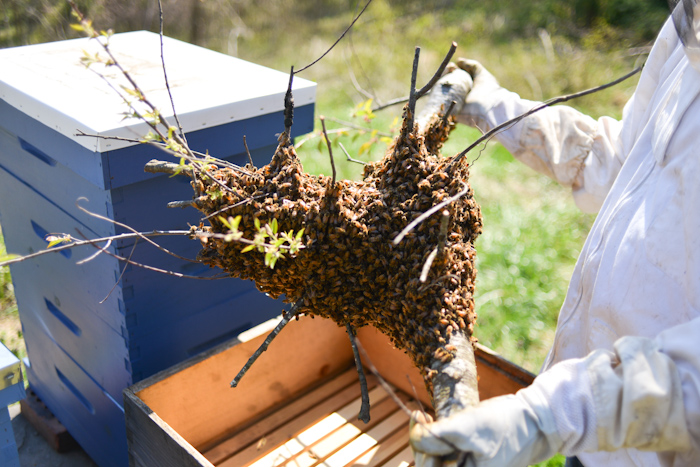 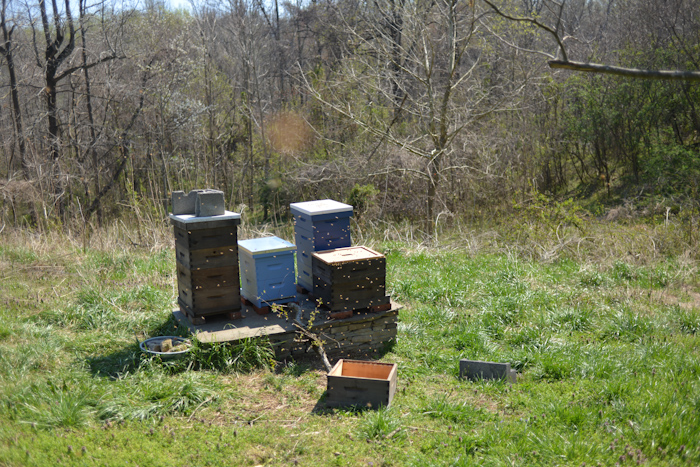 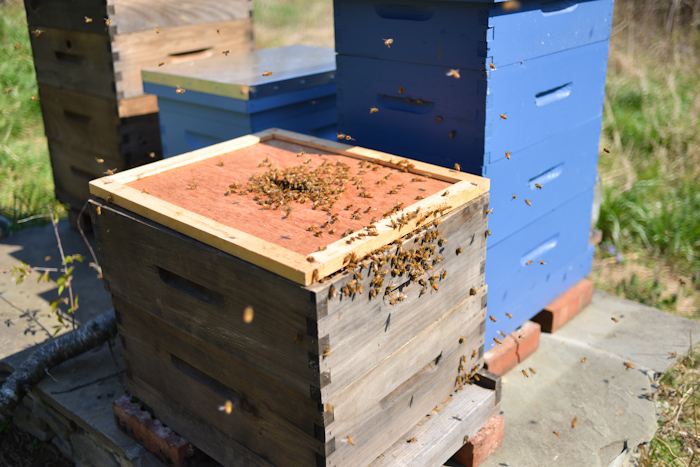 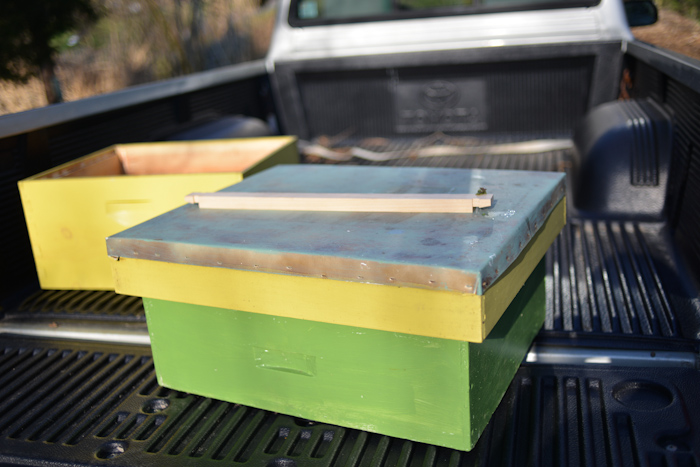 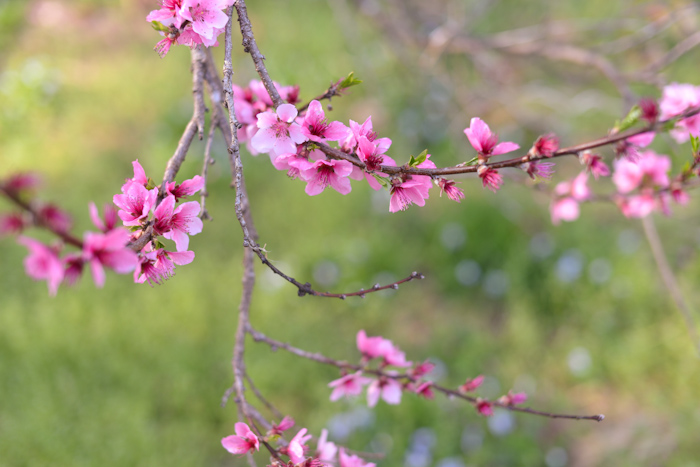 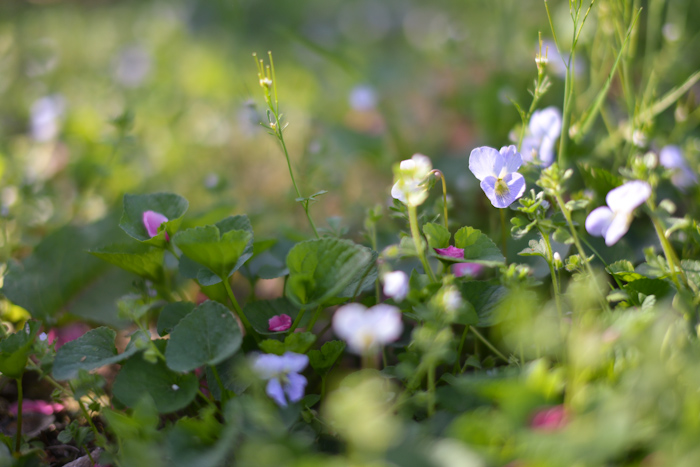 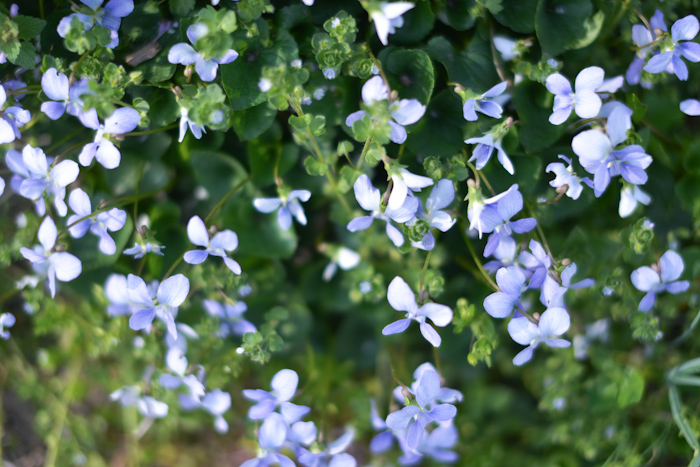 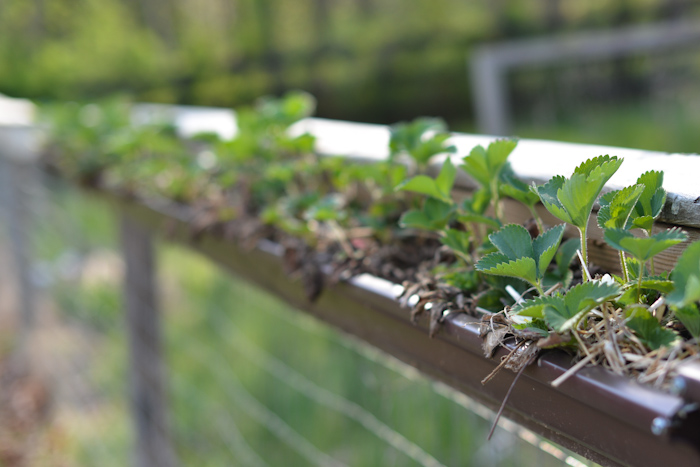 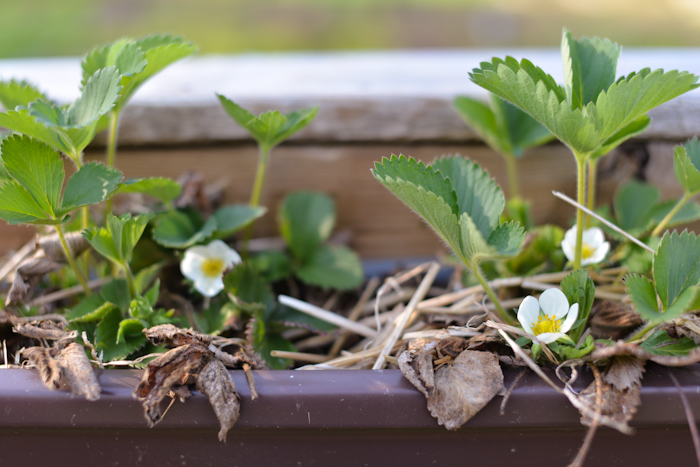 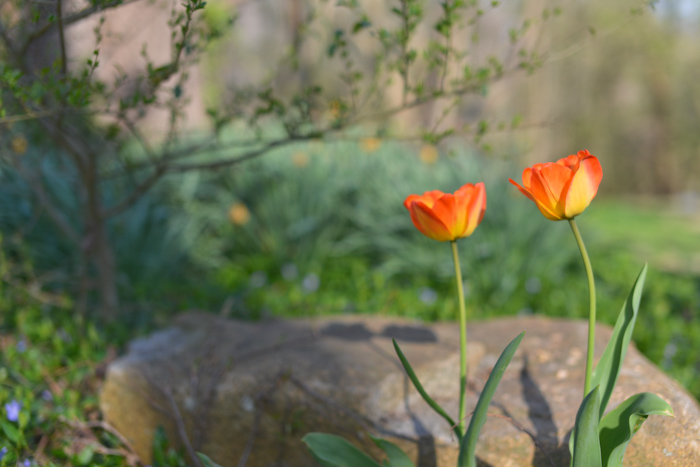 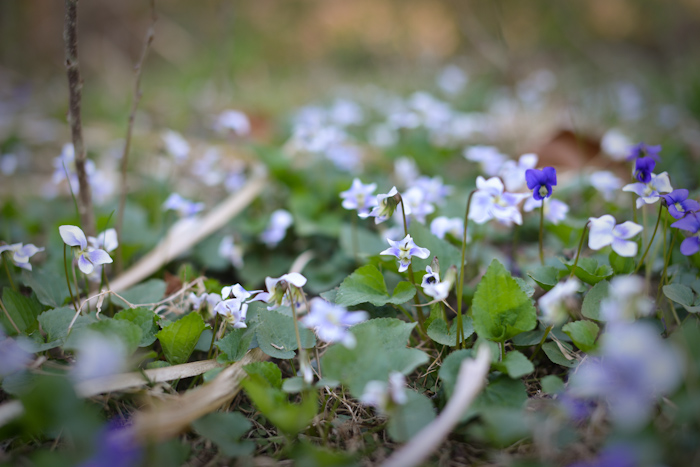 Well, this weekend did not go as planned!  After Saturday morning’s soccer game, we planned to spend the rest of the weekend cleaning out Jonny’s shop.  It’s an overwhelming disaster area and we really need to get it organized.

But, Seth spotted a swarm in the walnut tree next to our beehives, so plans changed.  Jonny’s first effort to brush the swarm into a bucket resulted in the bees moving to another nearby tree.  That was a pretty amazing thing to watch.  We breathed a huge sigh of relief when they landed on a branch that Jonny could reach with the ladder.  And then we cheered loudly once they were finally back inside a hive, the workers fanning letting us know that the queen was safely inside.  This is a first for us.  Our last two swarms were too high in trees for us to catch them.  The rest of the weekend’s free time (otherwise known as Job’s naptime) was mostly spent looking through our hives.  The swarm originated from Lark Rise, the same hive that swarmed late last summer.  The really cool thing is that we received a message from another local beekeeper that she was looking for a frame of brood and hopefully some eggs because one of her newly installed hives was queenless.  We were able to supply her with not only a frame of brood, but one complete with a couple of capped queen cells from Lark Rise.  It felt great to be able to share.  I sure hope she ends up with a queen for her colony!

So now we find ourselves with four hives!  We spent Sunday afternoon with our Candleford hive, hoping that some small changes we made will discourage them from swarming as well.  Ultimately though, the bees will be bees and we’re just happy to follow along.

Last year, as an experiment, we planted strawberries in gutters that we attached to our garden fence.  Jonny took them down in late fall and we covered them with straw to overwinter.  This weekend they got put back on the fence, having almost all survived the winter.  Strawberry season is just around the corner, and I’m excited!