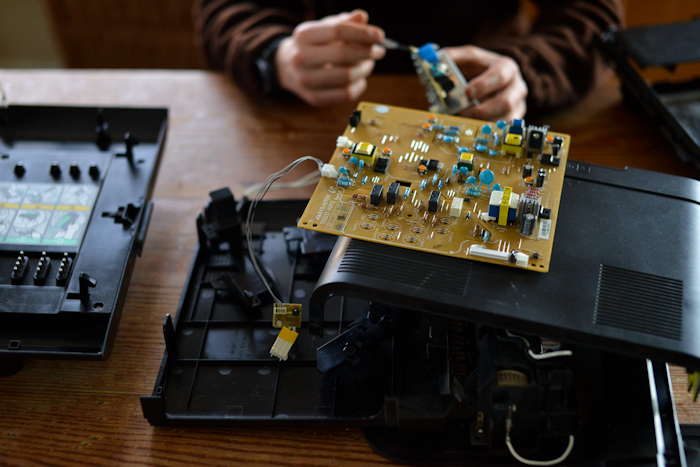 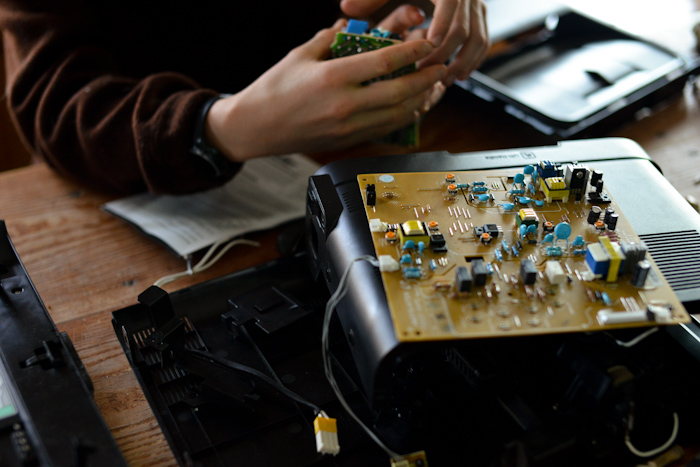 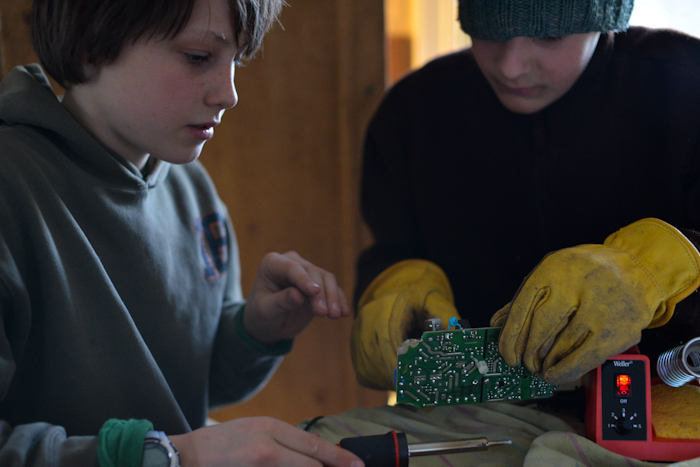 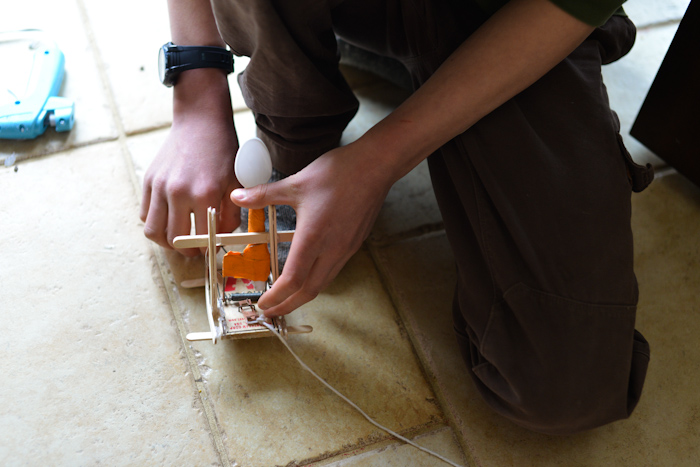 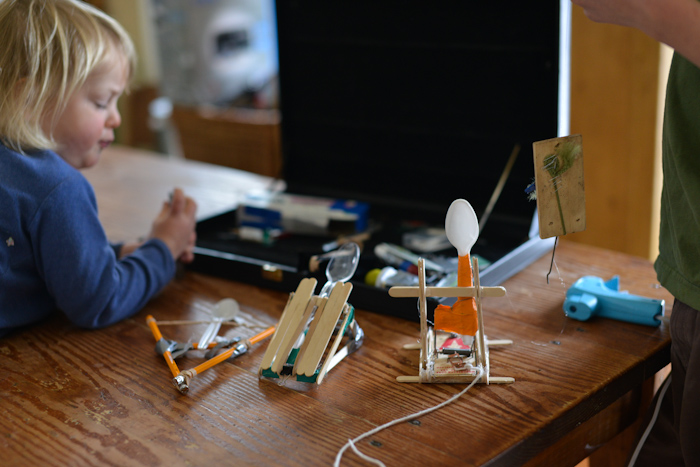 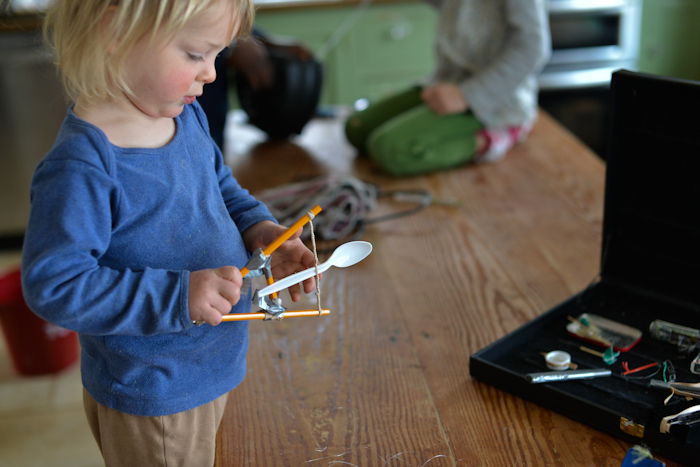 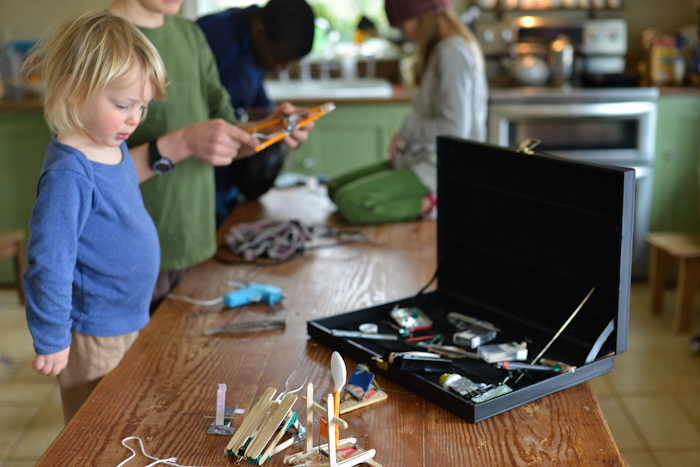 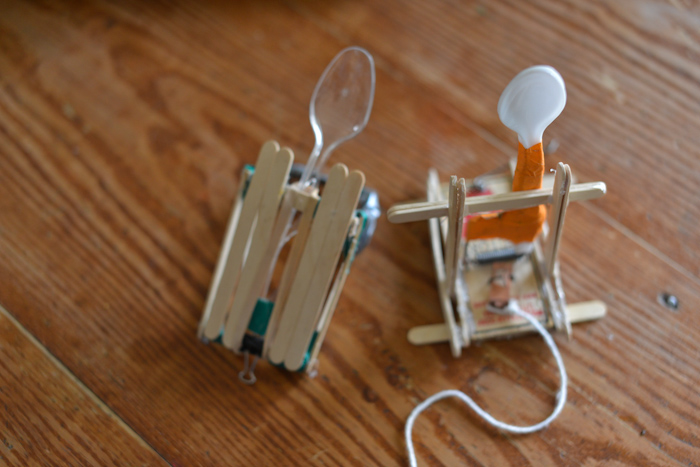 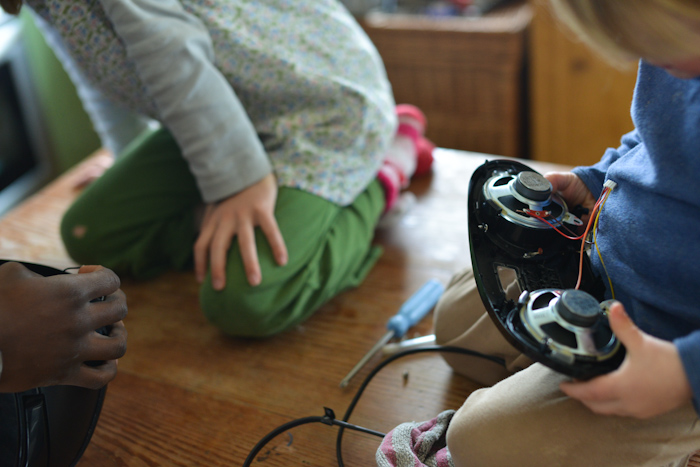 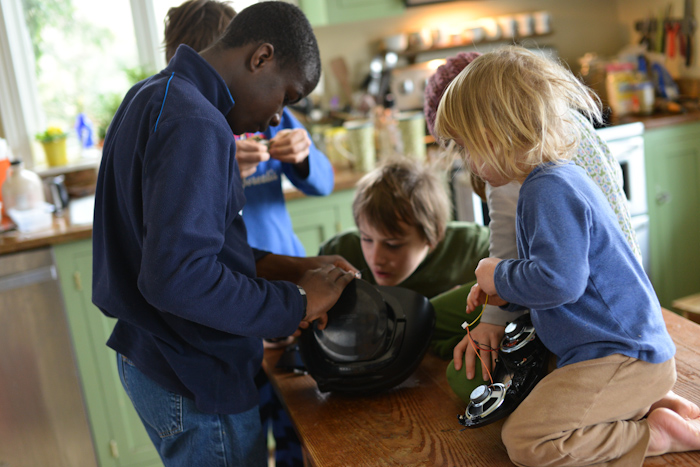 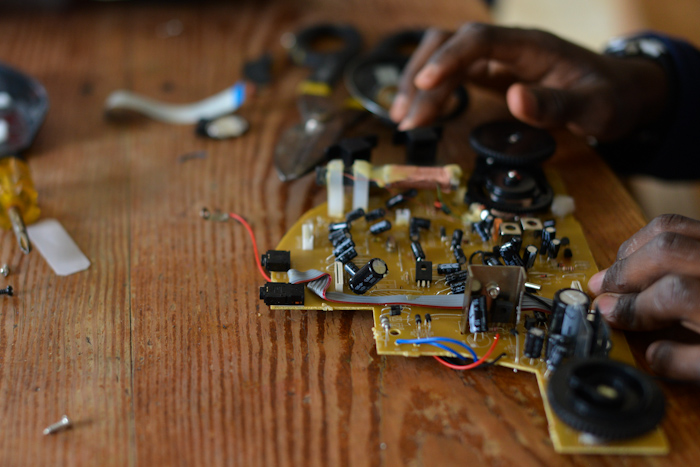 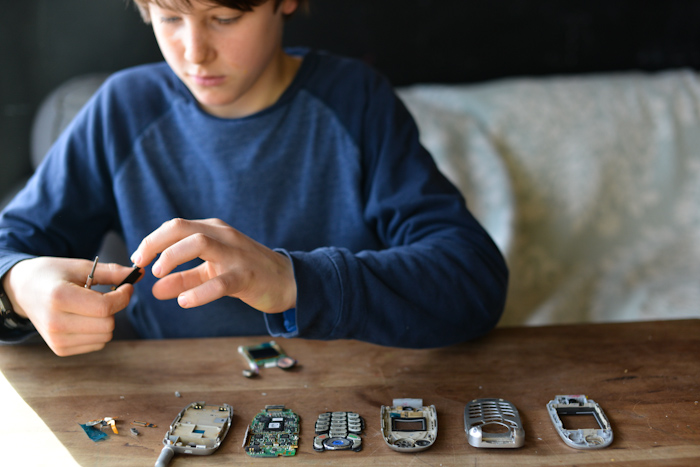 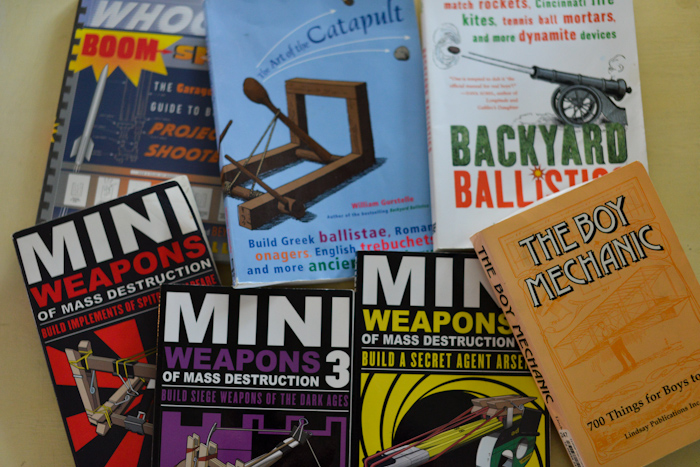 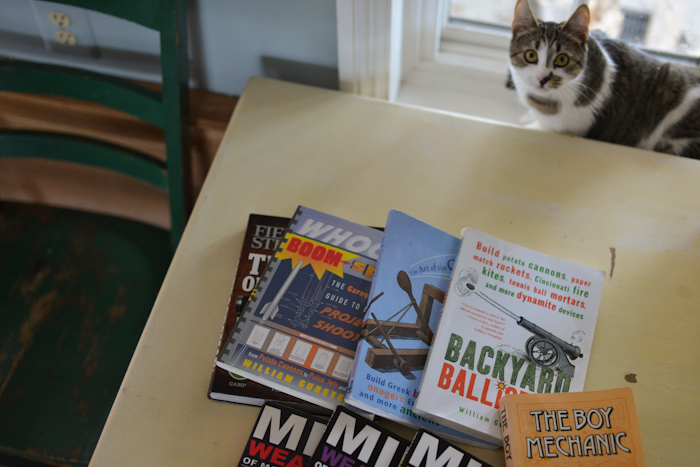 With the weather cold and snow lingering on the ground (and according to my kids, it’s not the good kind of snow) we’re working hard here to keep everyone occupied.  This weekend was a mix of illness and cold temperatures along with general restlessness.  I can count on Seth, Gabe, Keats, and Larkspur to take one long trek outdoors each day, but on a non school day, they need something else to do.  Our older boys especially are at an age where they really need to stay occupied to avoid squabbles with each other and the rest of the family.  This weekend they had the chance to use the soldering iron

they received for Christmas as I had both a broken printer and boom box to dispose of.  Dismantling electronics of any sort is a favorite activity.  They combine pieces from the cast off electronics with parts from their circuit set

and this will keep them busy for hours, and they are mostly able to work cooperatively on these projects.

Seth is very interested in mechanics and making little contraptions and has a growing library of books on making catapults, trebuchet’s and other miniature weapons.  When he first requested a book titled Mini Weapons of Mass Destruction I raised my eyebrows, but have since learned that the mass destruction part is just a catchy title.  Seth has spent hours constructing tiny little weapons using office supplies and other household materials.  His interest lies more in the construction than in the implementation of the weapons and once he masters one, he moves on to try building the next.  This weekend he pulled out the case of gadgets he has made over the past few months and made some repairs.  We sure do go through a lot of hot glue these days.

What are some of your older boys’ favorite activities?