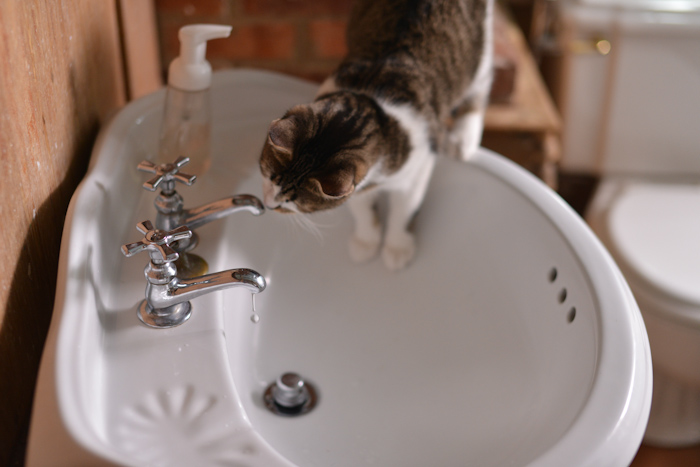 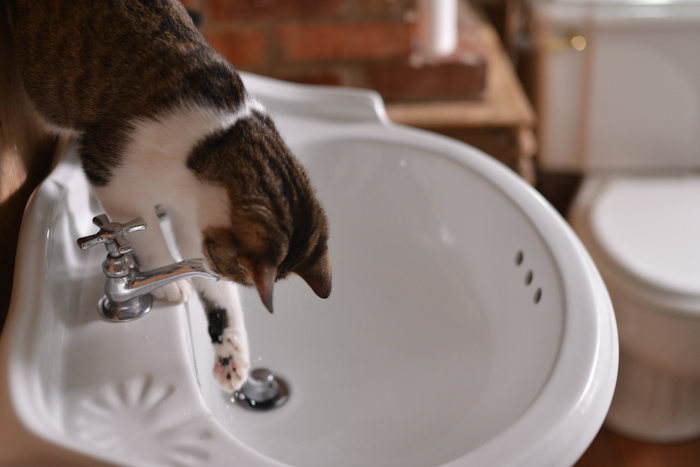 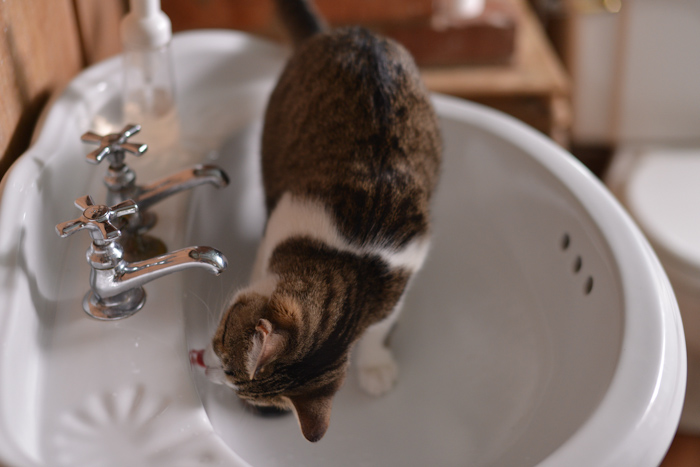 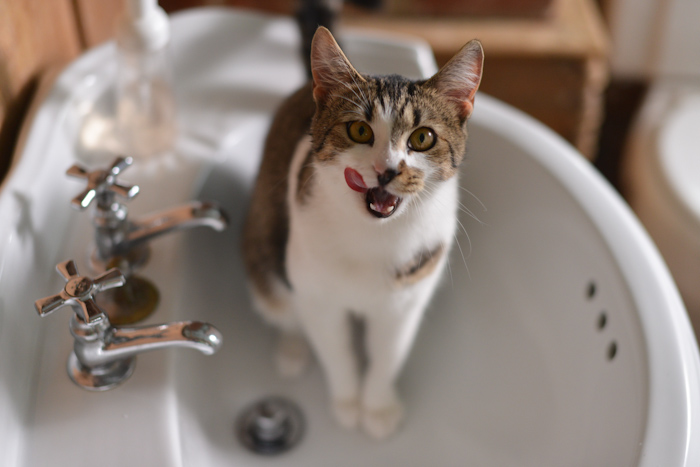 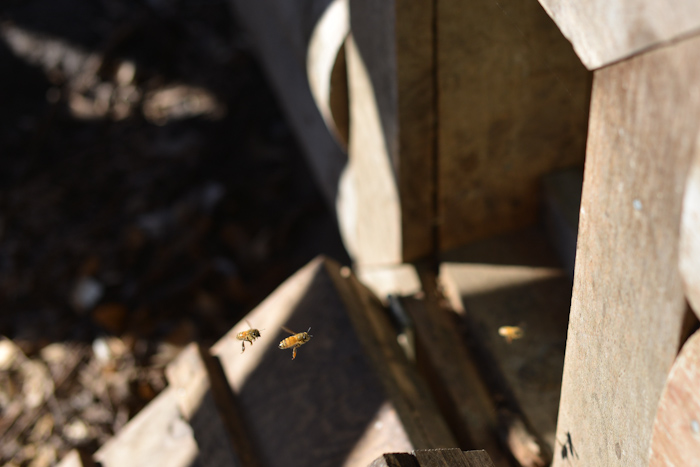 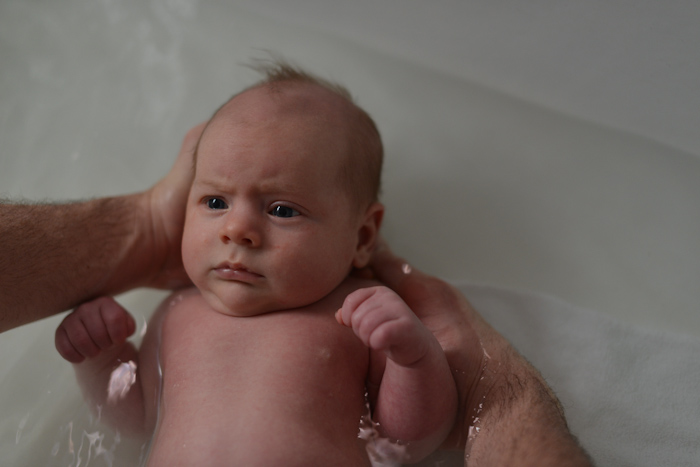 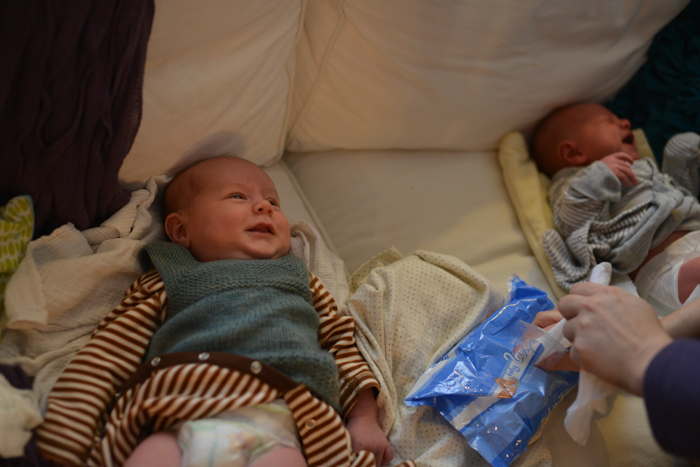 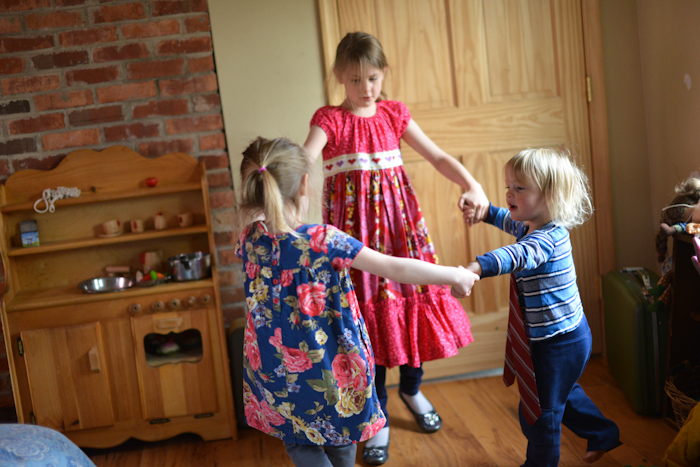 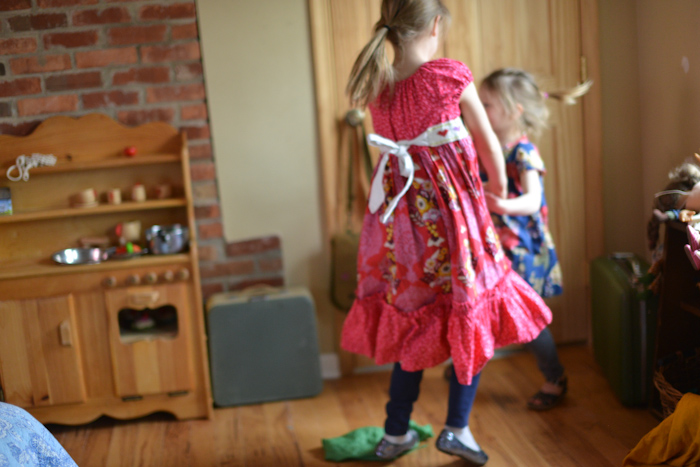 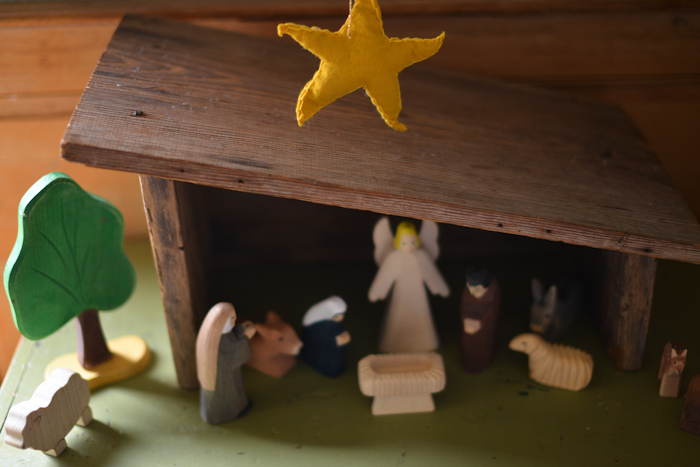 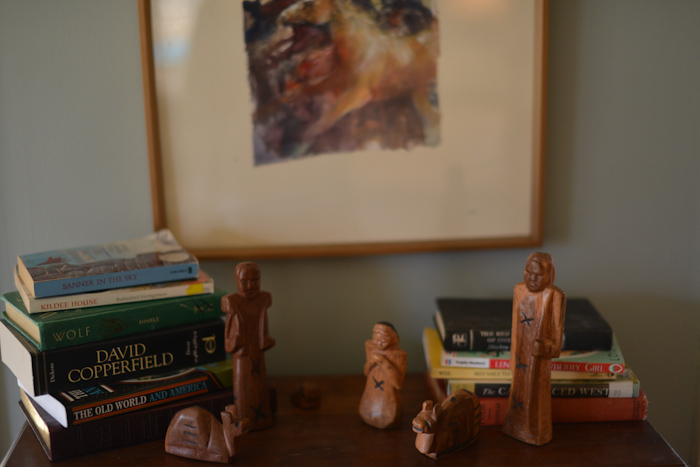 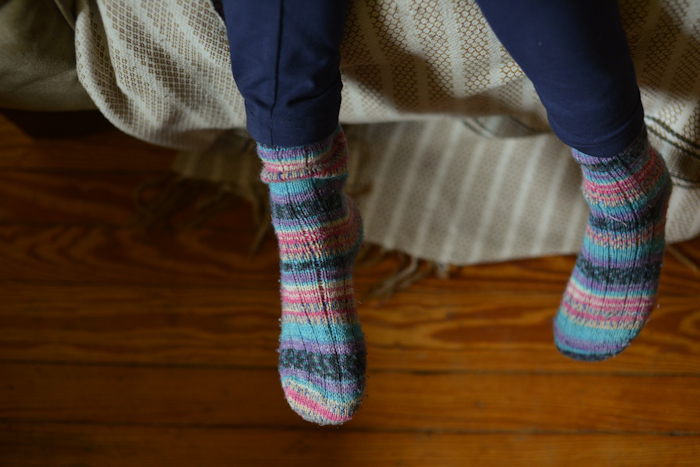 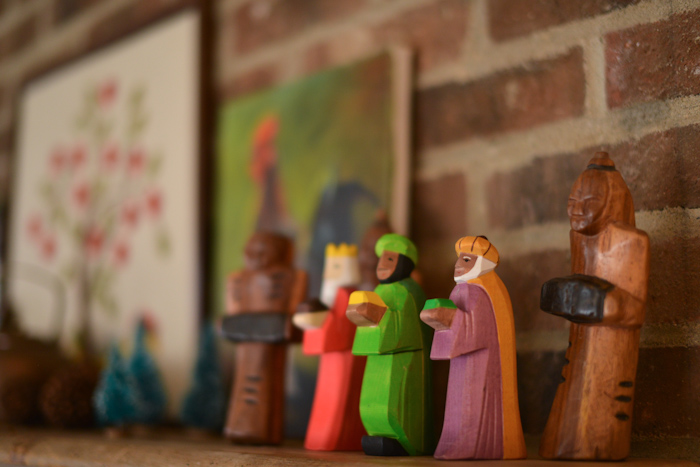 I spent a lot of the weekend cleaning.  It was kind of wonderful actually.  No, it’s not clean anymore.  That sort of thing never lasts.  But I’ll always have the memory.  Sunday was warm, and the bees got to clean out their hives as well.  There was lots of buzzing about, even from the little hive in the chicken coop.  My friend Lori thought I should mention that in the first couple of weeks after Job was born, Jonny and I weren’t cooking dinner, but we were making candy for those bees.  So far they are surviving, eating the fondant.  (If you are new here and are curious about what I’m talking about, here’s a post that explains a bit about the bees that now live in the vacant chicken coop.)

I got out with friends on Sunday afternoon which was really, really nice.  I discussed the infrequency of bathing newborns with my friend who also has a newborn.  She asked how often I bathe Job, and I said, “Well, he got a bath today since I was taking him out.”  We weighed Job via the weigh mom with and without baby technique, and he weighs over 13 pounds!

Another friend noted that it’s a tradition to take out the creche or nativity (I call it a nativity) on Gaudete Sunday (which was yesterday).  Things felt like they were really coming together for me in that moment, as I had already been planning to pull them out that evening simply because of all the cleaning I had been doing (There was actually a place to put them!)

We nearly didn’t end up making it to Mass Sunday evening because there was a whole lot of crying going on.  But then of course I was so glad that we did.  Fr. R gave a great homily, reminding me to keep my expectations in check and just be grateful, and we could actually hear him because Silas slept through Mass.  He mentioned hippies, comparing John the Baptist to the hippies of his childhood (in terms of the way people might have viewed him.)  His mom would always tell him and his siblings to lock the doors of the car when they neared any of these “hippies” when they were out driving.  Until the one day she actually told him to roll down the window.  He did.  He was six years old.  “Tell that hippie to cut his hair and get a job!”  He did!  Anyway, that was good for a chuckle.  Of course Silas stayed up until 11 p.m. after that evening nap.

Allright, Seth and I are working to clean out the “tupperware” cabinet and I better get back to it.  I don’t own much, if any actual Tupperware, but that is what I grew up calling the cabinet where storage containers are kept.  That cabinet is always a wreck.  Seth is showing some promise in the organizational skills department.  I hear angels singing as I type that.

(One of our Nativity sets is from Liberia, and the other is from Nova Natural.)