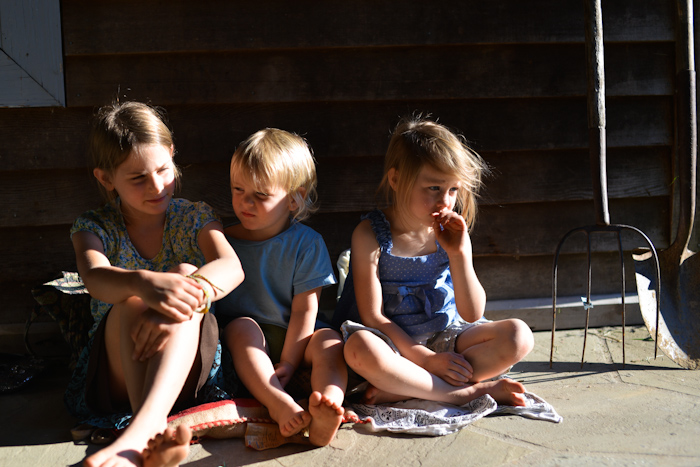 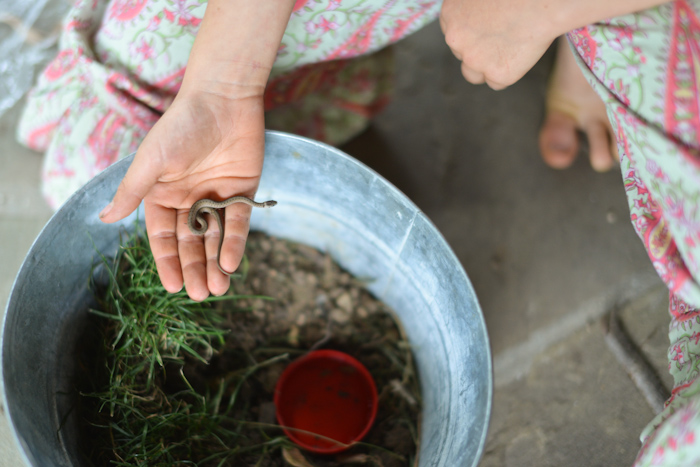 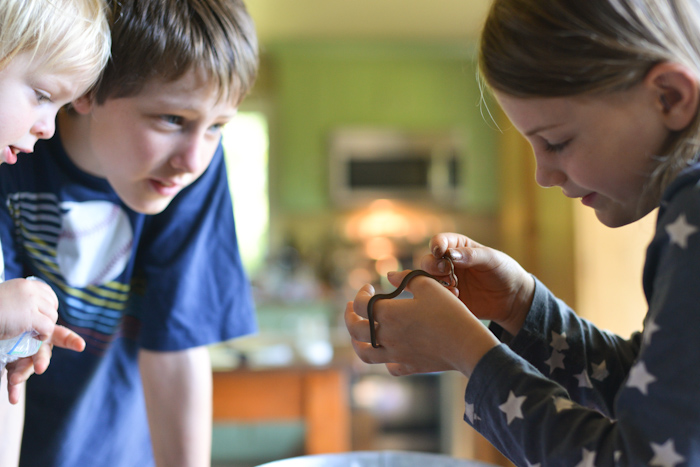 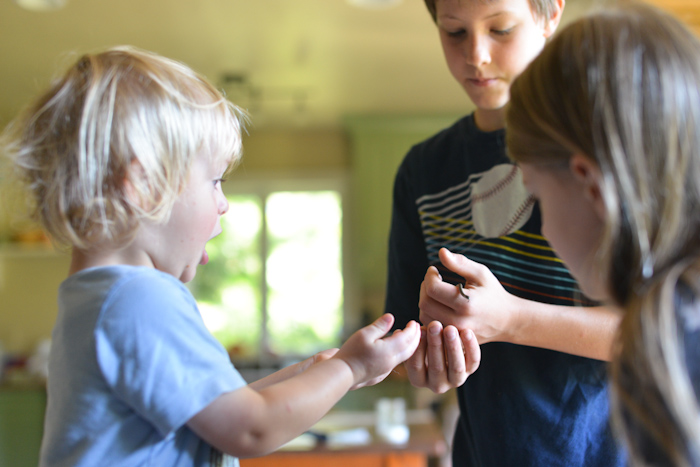 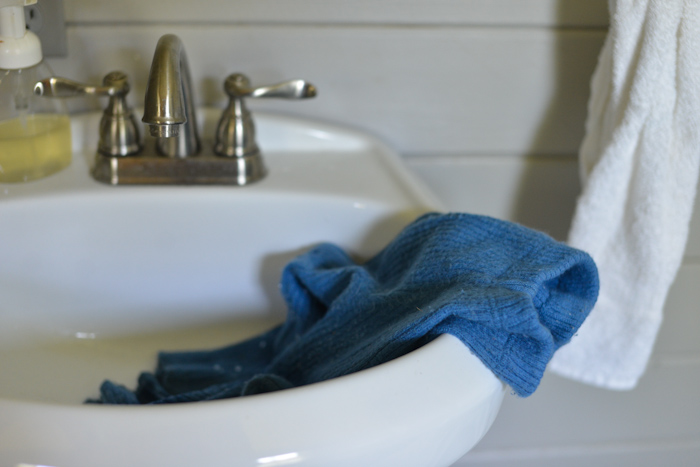 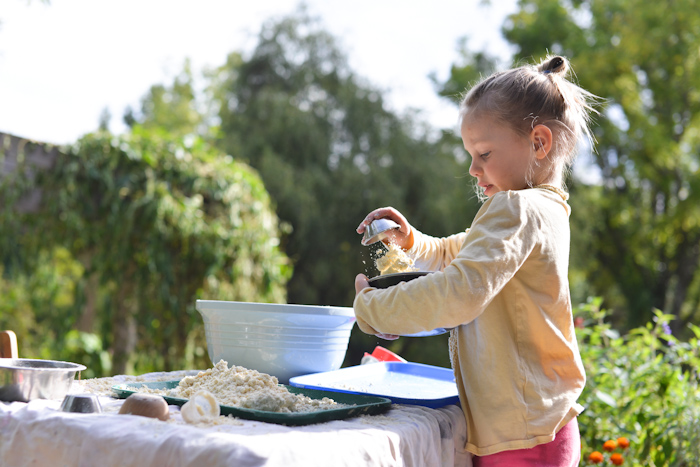 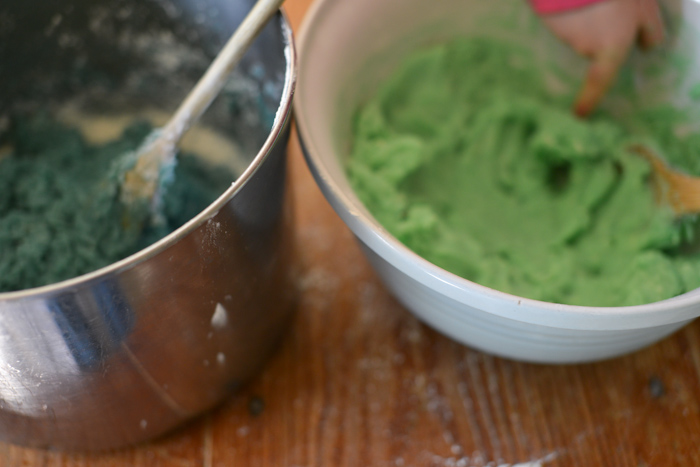 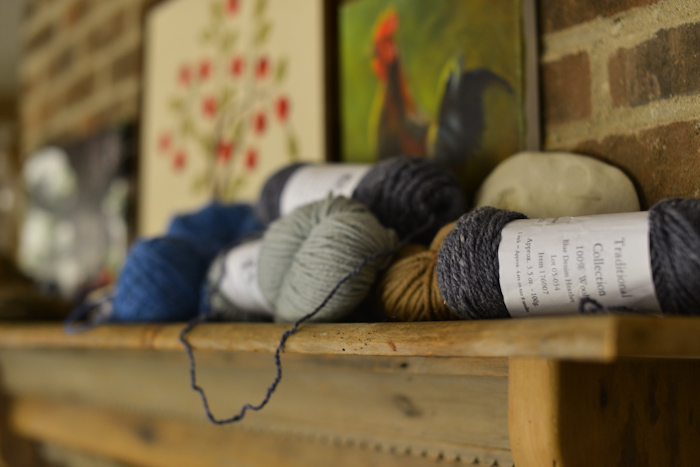 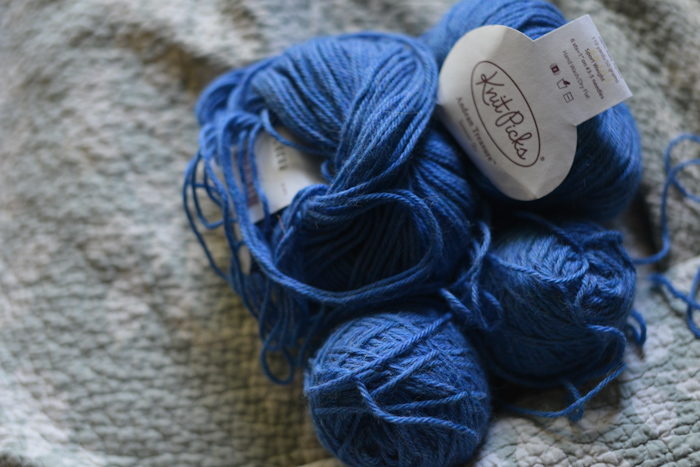 Today is Jonny’s birthday!  I made pies last night (chocolate eclair pie from The Grit cookbook–He wants that one every year.  It’s soooo good), his gifts are hidden in my closet, and I even made a breakfast casserole last night that could be popped in the oven this morning to save him from his usual job of cooking breakfast.  Considering how non productive I have felt lately, I feel pretty good about all of that.  I am hoping to make him a batch of samosas tonight for dinner.

Larkspur had a pet baby brown snake for about a week before letting it go.  She adored it and named it Francis, for the pope I can only assume.

In an effort to entertain Beatrix and Silas with more than just Starfall this week, I made a bunch of recipes from The Artful Parent (actually Jonny even helped during one late night session.) There’s been air dry clay, fingerpaint, cloud dough, and play dough of both the cooked and uncooked variety.  I was reminded that after a decade or so of making homemade play dough, I am no longer able for some reason to make a  batch of the cooked stuff that doesn’t end up being a big sticky mess.  Somewhere along the way I just lost that skill.  It’s kind of weird.  Anyway, I’ve spent most of the week with white flour smeared across my already very conspicuous stomach.

As far as pregnancy goes, I realize that I only have two pairs of maternity pants that aren’t totally uncomfortable.  I refuse to buy more at this point.  It’s going to be a month of high fashion for me as I alternate between deep teal and brown velour elastic waste maternity pants.

I pulled a bunch of yarn from my stash hoping to accomplish lots of knitting over the next month, but I am having a hard time making decisions and settling down with any real focus.  I started a Milo for Silas yesterday, and since it’s something he actually needs, I will maybe just focus on that for a few days while I try to decide what I want to have finished before the baby comes.  I’ve got a month.  That last photo is of about 440 yards of sport weight baby alpaca that I have had for years.  It is incredibly soft and such a nice blue.  I found a very pretty baby blanket on Ravelry that someone knit from the same yarn (with the same yardage,) but I am not sure I have the attention for that right now.  Any ideas?